Living up North, Way back When

Here's a shot of the little village where we lived for several years. It was nestled on the banks of the Koyukuk River, just above the Arctic Circle, not too far South of Gates of the Arctic National Park. There were no roads to the village. You could only get there by airplane from Fairbanks. Or, if you had many days, I guess, you could have theoretically taken a boat upriver from the Yukon, hundreds of miles to the south. 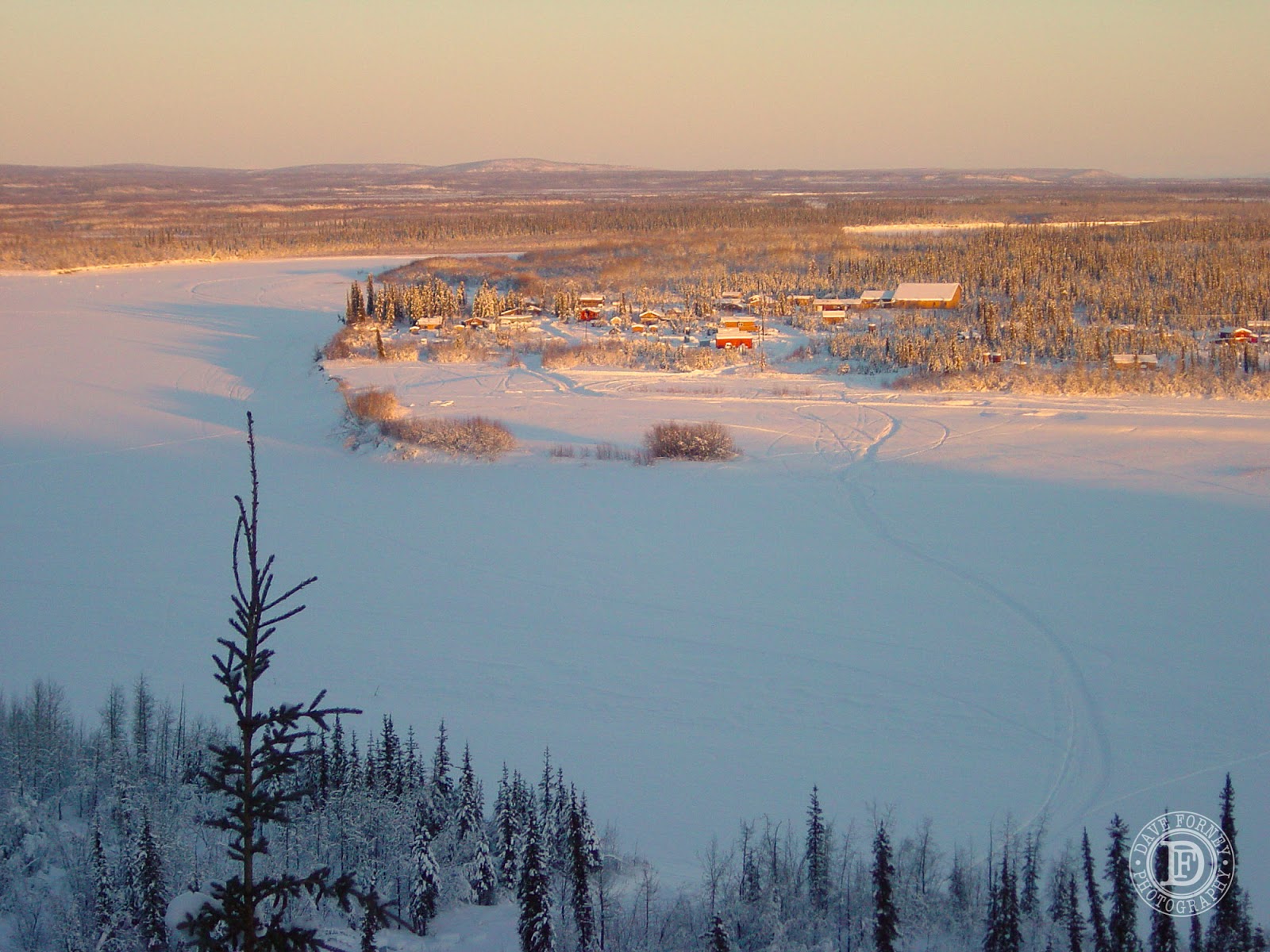 And this was our home, a little 490 square foot, one-room log cabin on the edge of the village. 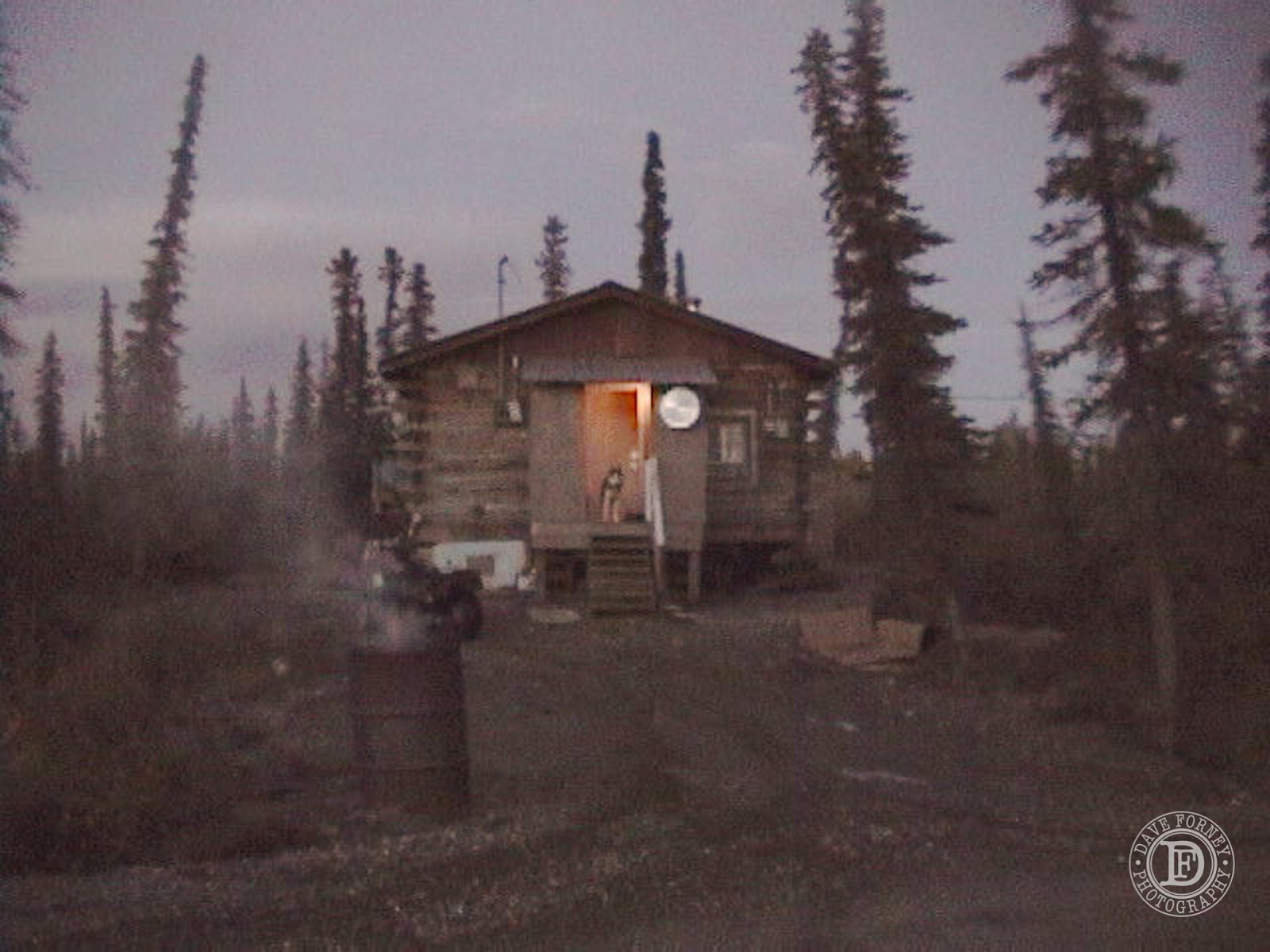 It was pretty rustic at first... not much furniture, not well insulated, the door didn't properly close, etc. 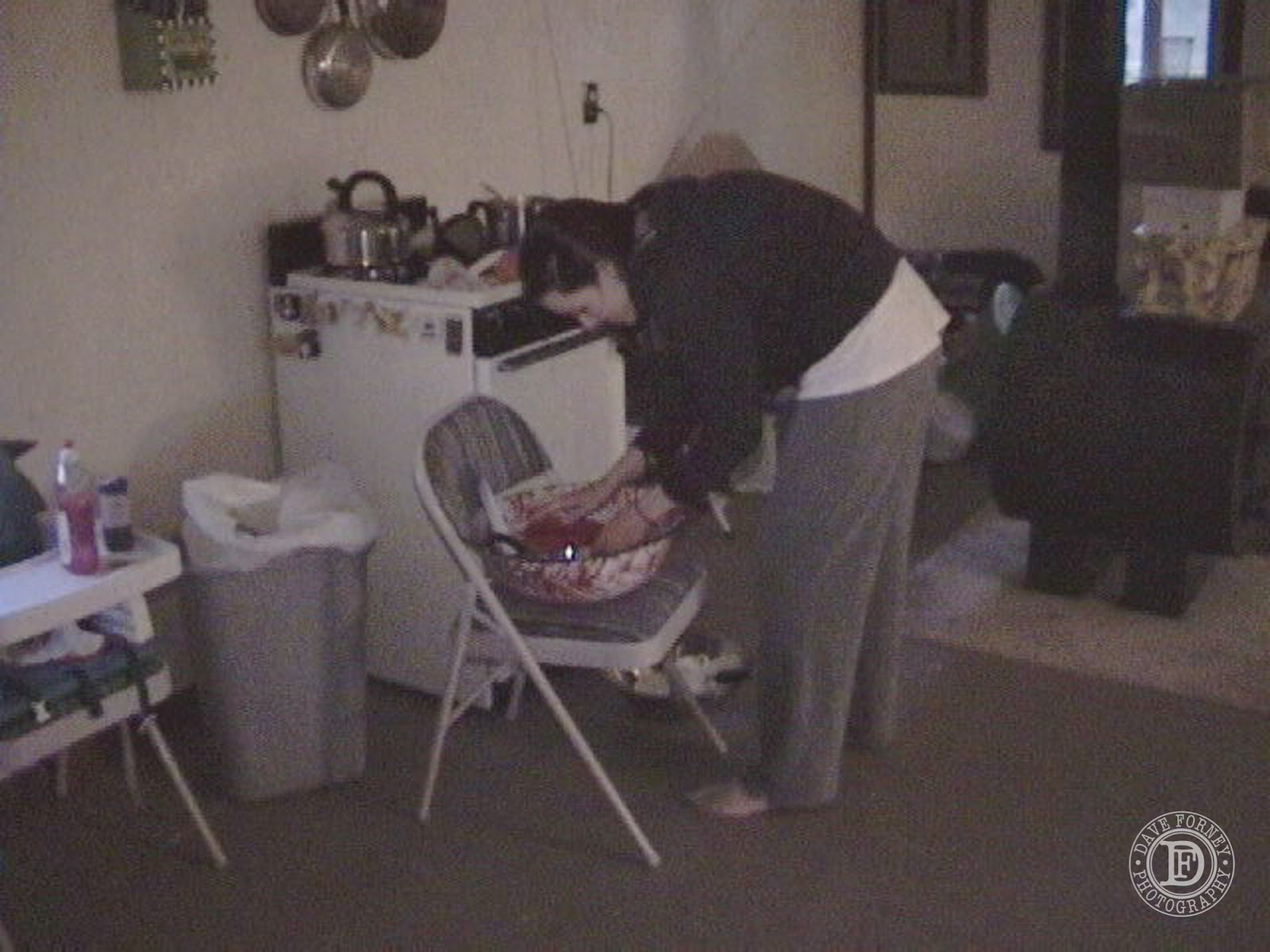 But before long we had it snugged up, which was good, because winter came fast and early, with a vengeance. In the dead of winter, there was very little sunlight, seeing as how we were above the Arctic Circle and the hills on the horizon also blocked some of the light. This is what it often looked like in December and January, although many times we had brilliant northern lights and/or stars to enjoy. I'll show you some of those pictures later. 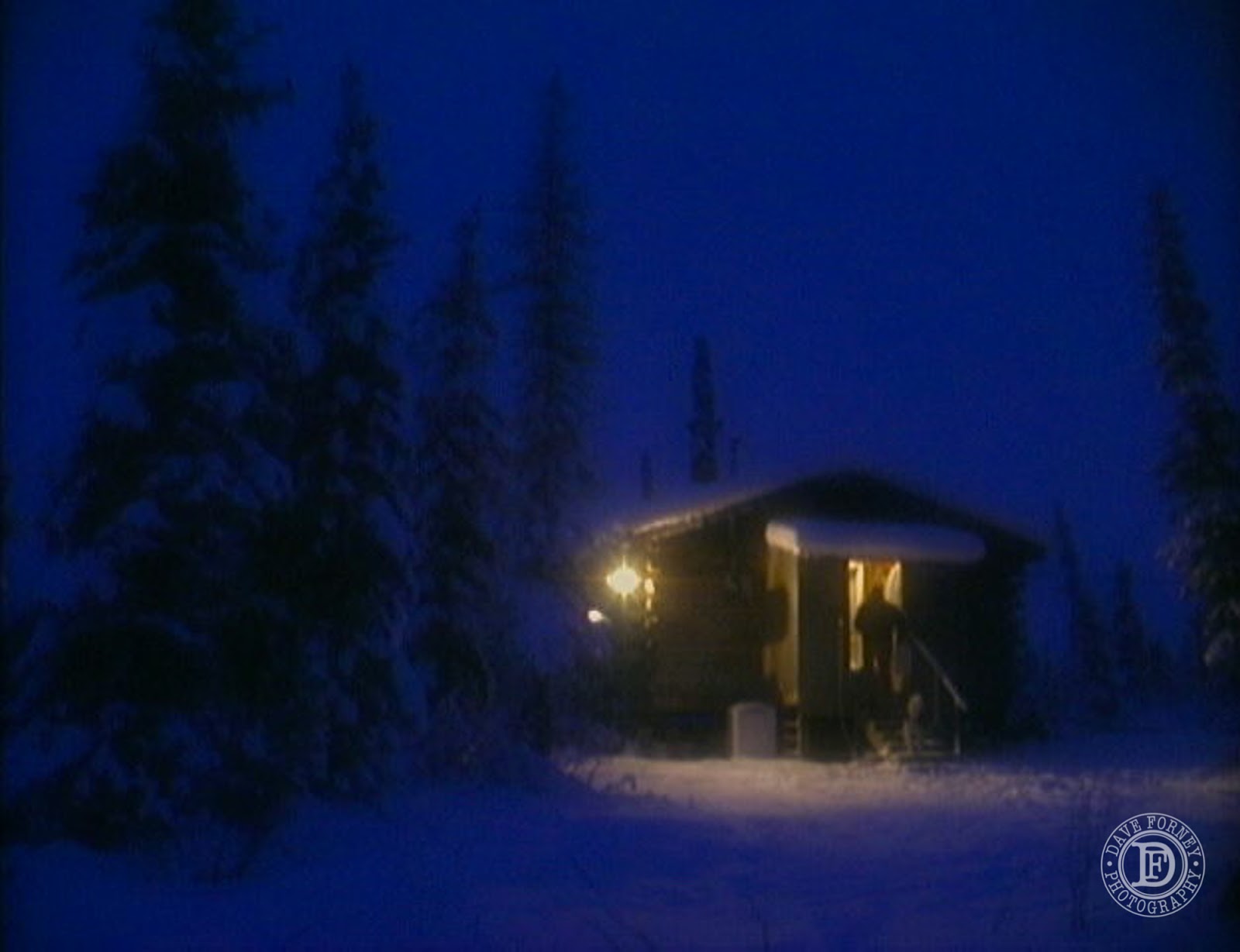 If you live in the far north you need a sled dog right? Yes! Well, sort of. Our dog was a super handsome purebred Siberian Husky, but he was much better at snuggling and looking good, than he was at pulling sleds. That said, when it got really cold (as in minus 60 and even minus 70) we did use him to pull a sled to haul our water. At those temperatures, even the snow machine didn't want to run, but Tonwashte was living his dream in those cold temperatures. 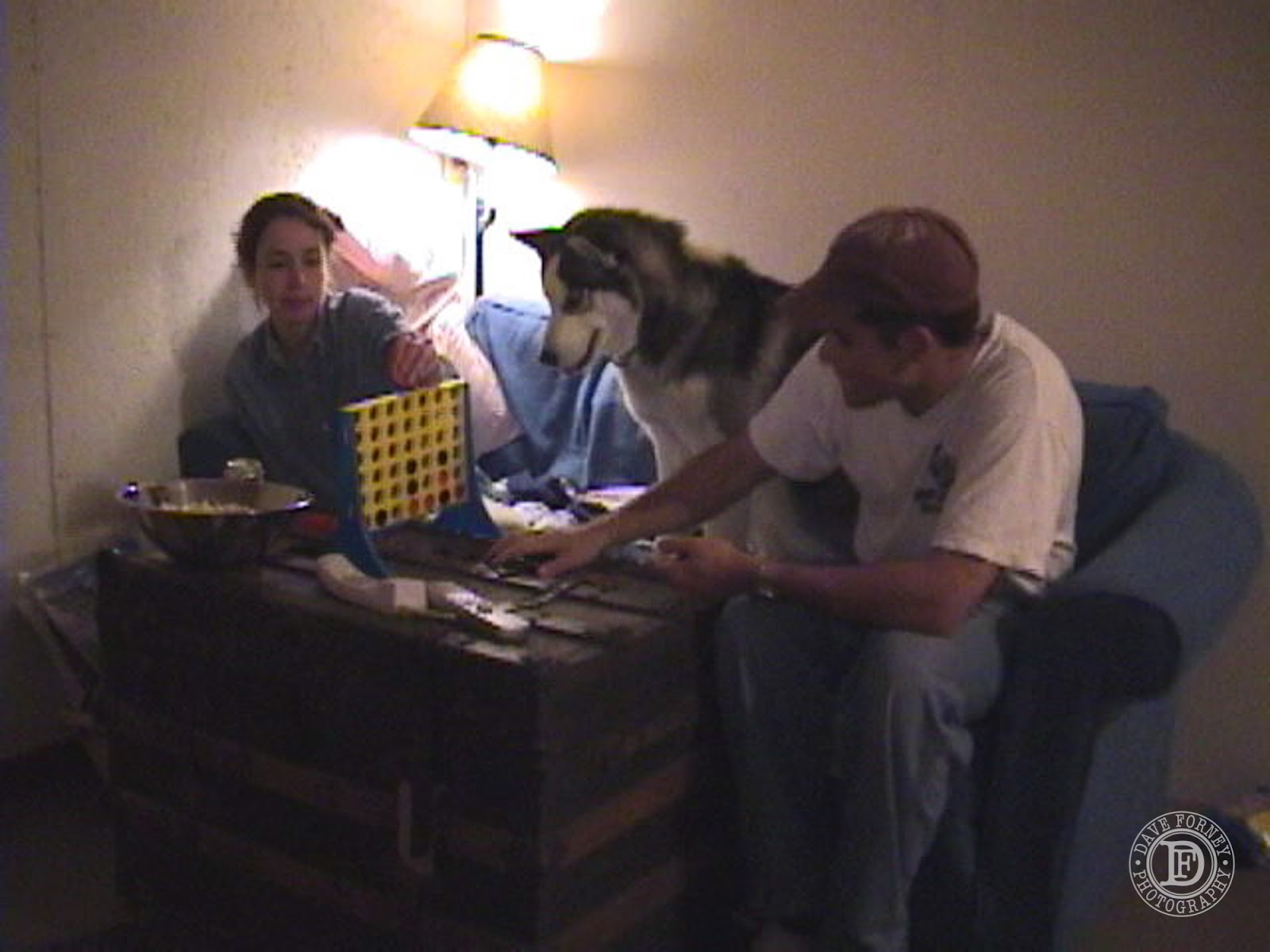 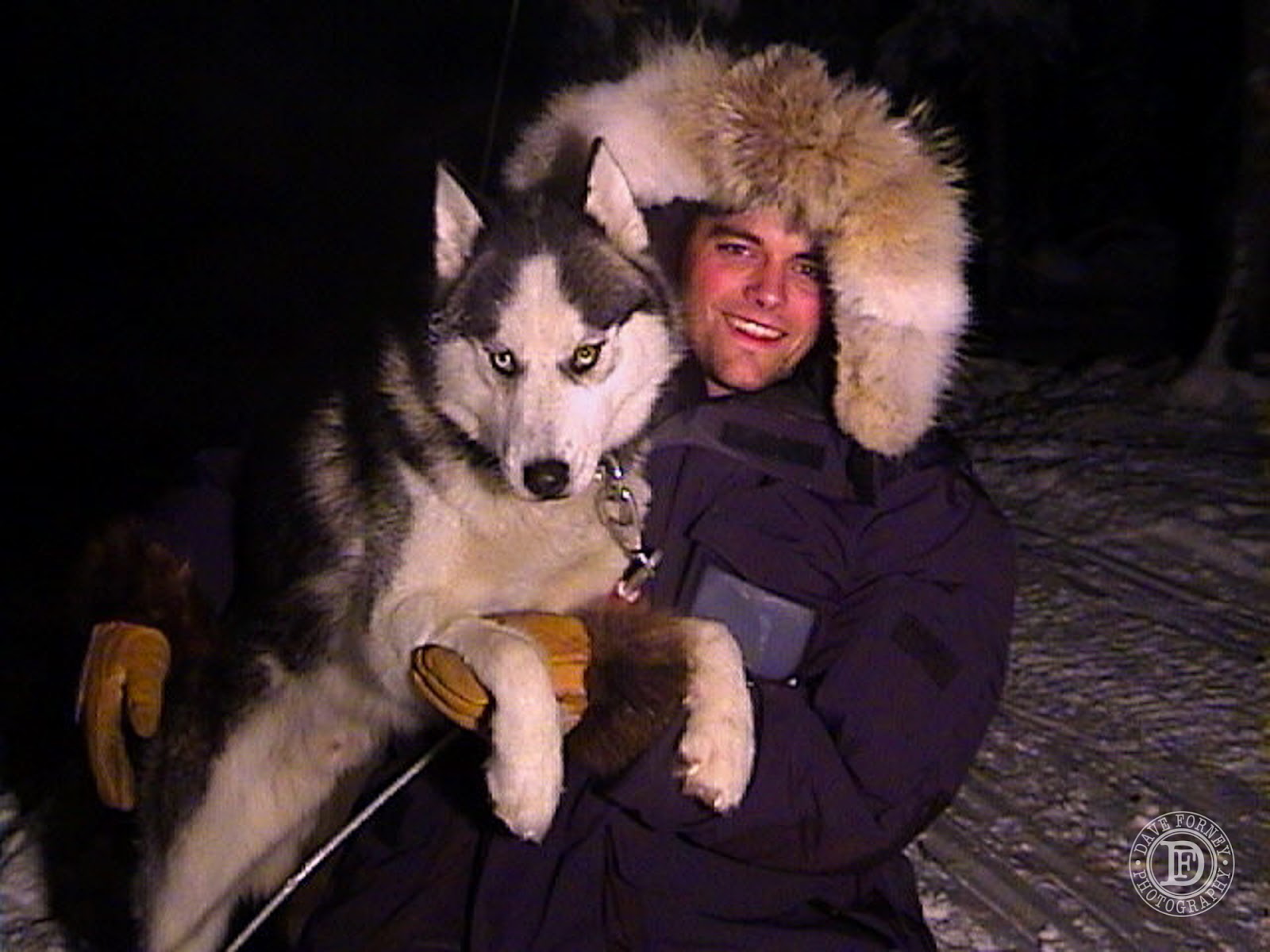 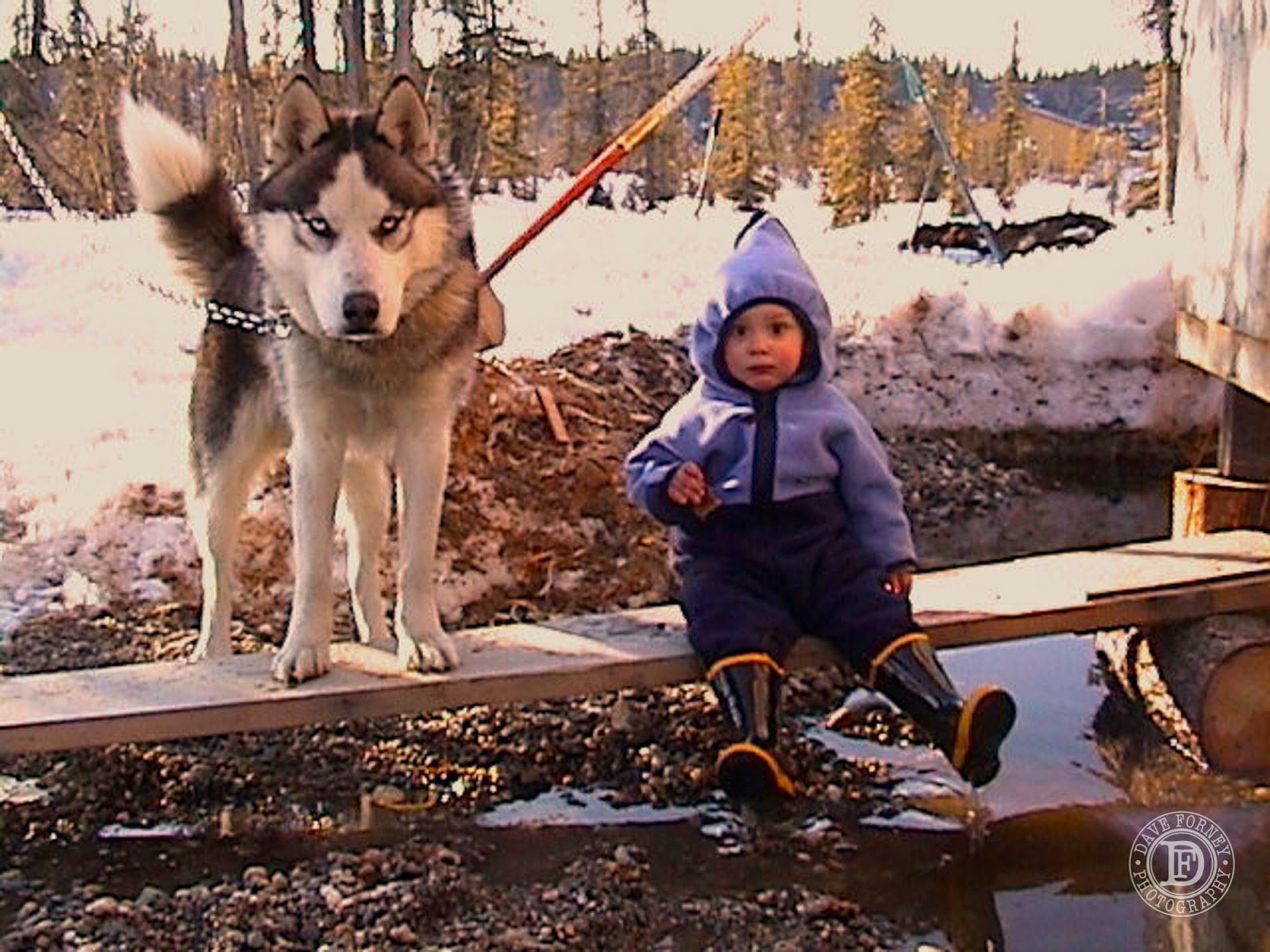 Aside from building relationships with everyone, with a deeper end-goal in mind, we were also really focused on the youth. So as things got colder, we often found our ATV (and trailer) or snow machine (and sled) overflowing with kids who wanted to come over to our cabin for weekly Bible Clubs, or to just have a safe, fun place to chill and play. Over time, I made some improvements to our little cabin, putting a stove in the corner (instead of the barrel in the middle of the room that tended to burn people when they bumped into it) and adding some windows, carpet, better insulation, an insulated front porch, etc. Joy also made curtains, painted, and worked her magic to make it feel warm and cozy like a home should feel. 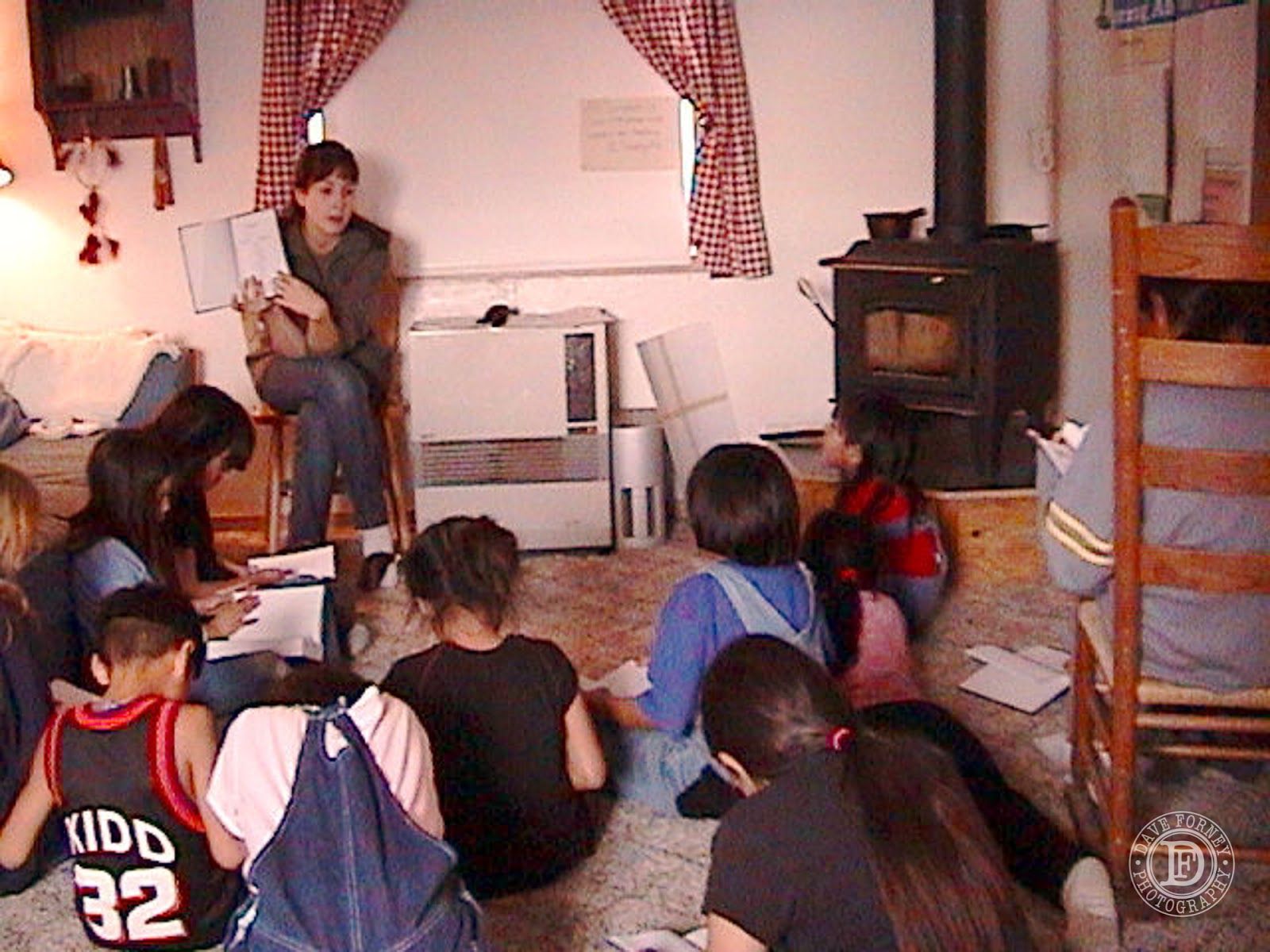 But we still had no running water, which means that yes, we did have an outhouse (pictured below). That said, I built a super tiny bathroom in our cabin, and put a little 'honey bucket' in there (actually it was a nice little flushable pot designed for camper trailers, that some friends bought for us) so that we didn't need to run the risk of getting frost bite in places where you don't want to get frostbite when it got really cold outside. Every few days I had to empty that little 'bucket' and I have some great (actually awful) stories about what happens when you dump a very warm and stinky pile of you know what, into an outhouse when the temps are -50 or colder. Someday you can ask me about that, but I probably shouldn't write it out here as it's pretty gross. Although, looking back, it's also pretty funny.
Once a week, usually on Saturdays, I hauled extra water and Joy would heat it on the stove/fire so that we could take a shower, one at a time. I had a little 5 gallon jug into which I installed a shower spout, and I would lift it up high onto a shelf and we would stand in a metal pail and open the shower spigot just a tad, so that it would last as long as possible. When it was finished, I would have to dump all the dirty water into another bucket (the metal pail was too big to fit through the tiny bathroom door) and carry it out and dump it. Again, I've got some interesting tales of what happens to that warm water when you throw it out at minus 70, or what happens to my wet hair at those temperatures, or... 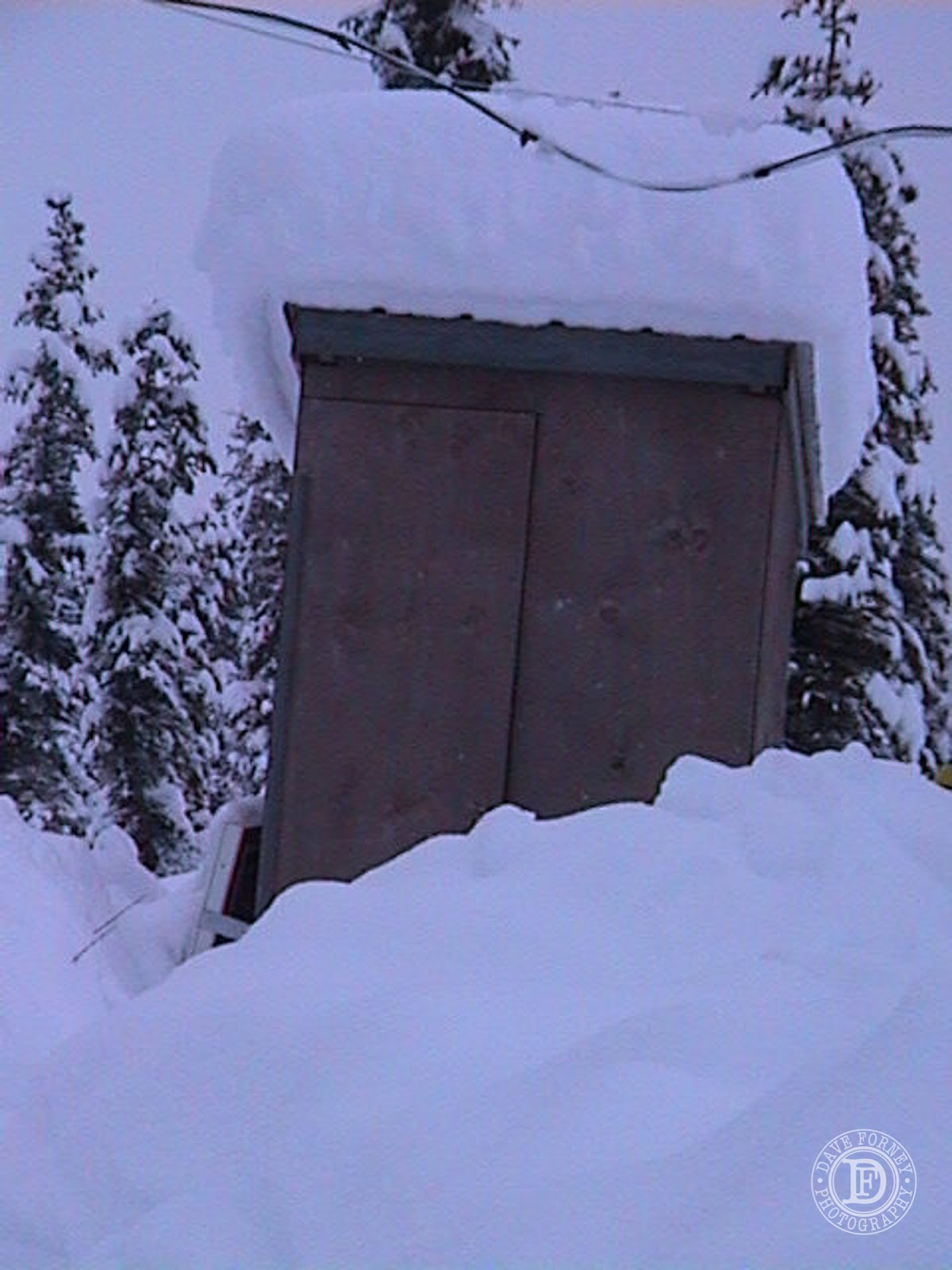 As you've already figured out, we had a long, cold winter, which means everything would freeze. It was actually good when things froze up, including the river, because then it was easier to travel around to places. This is the 'road' across the frozen ice of the river. 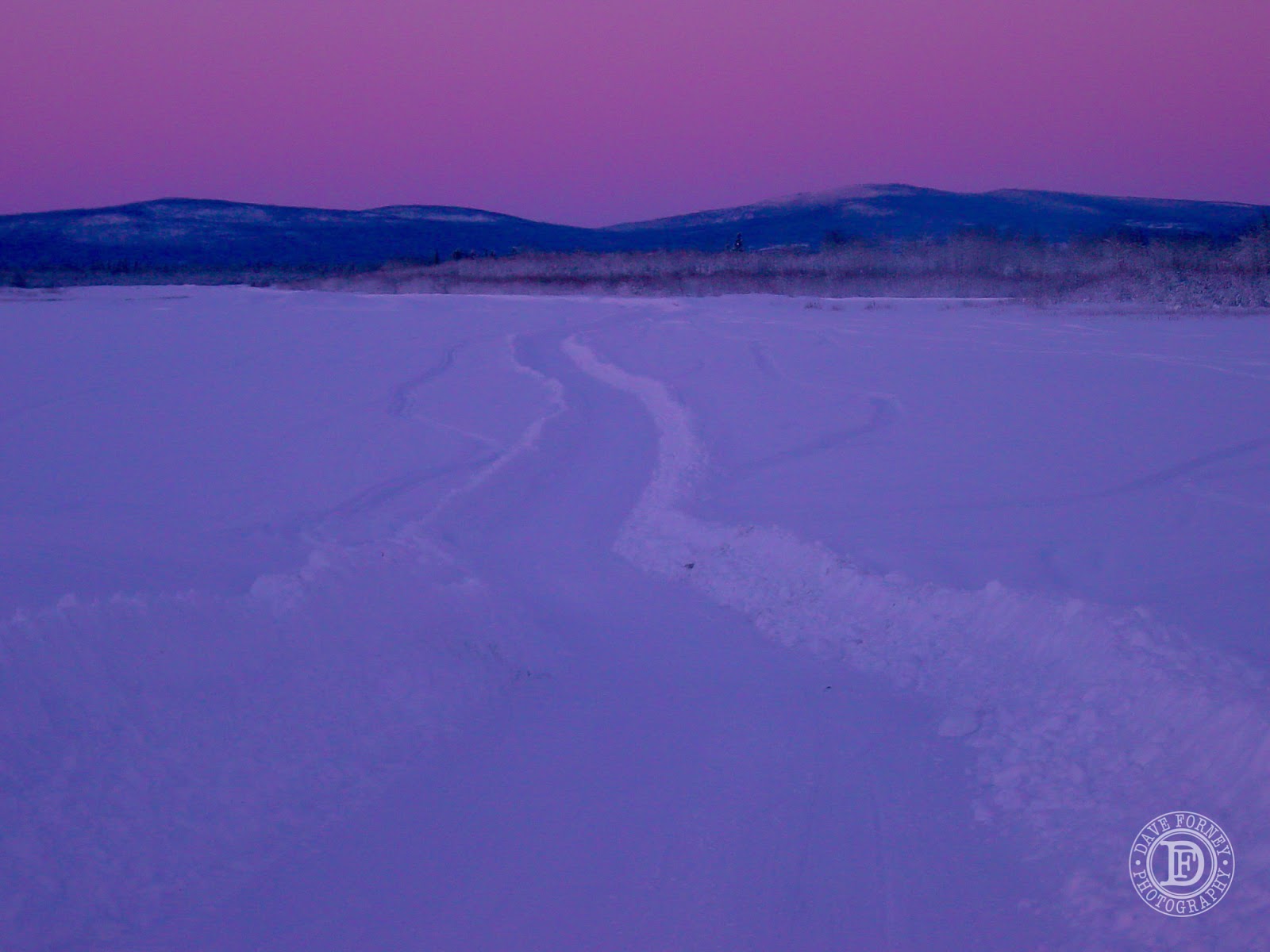 The main method of transportation in the winter was snow machines. This is me, driving down the frozen river on my way to cut some wood for our wood stove. 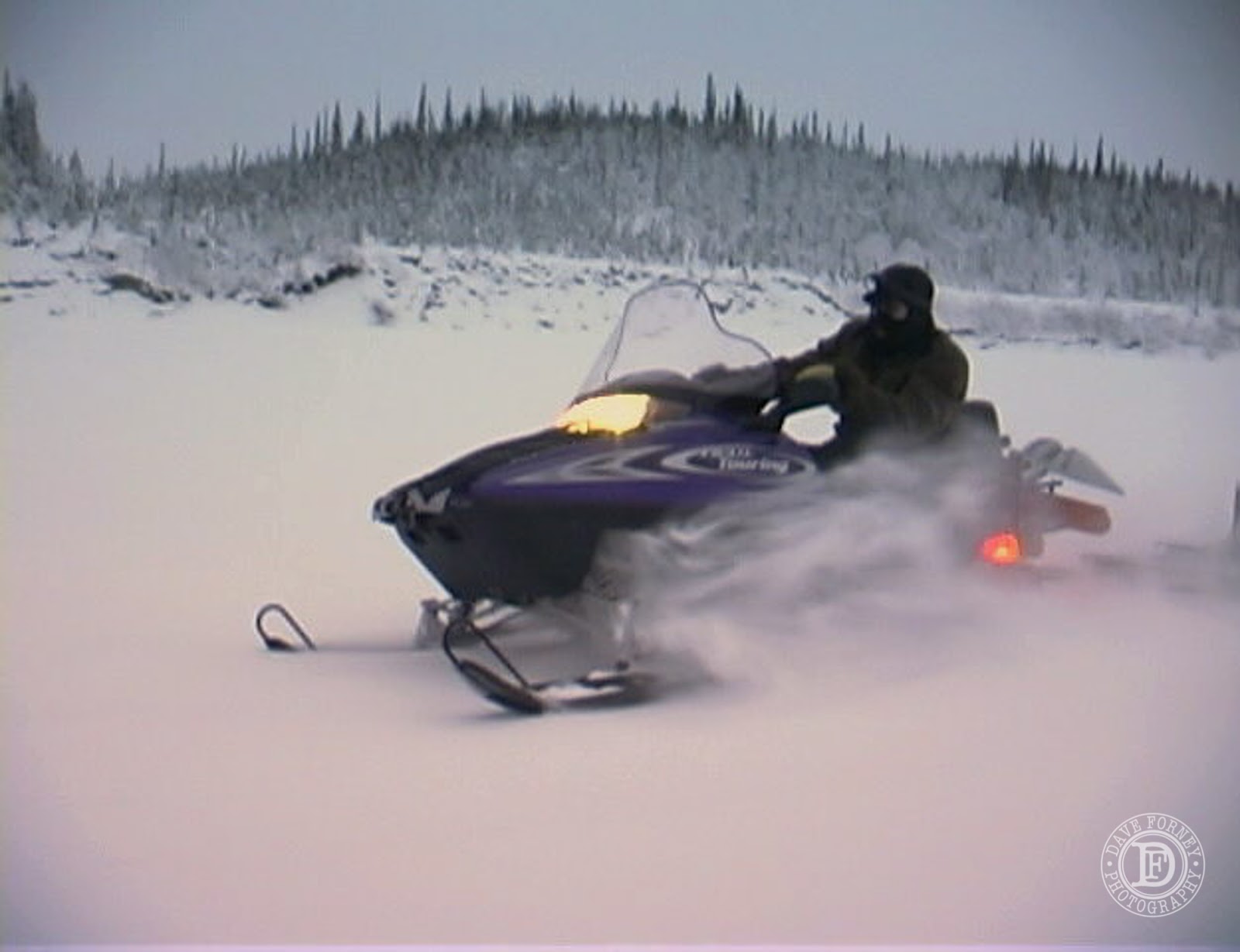 Often I came home looking like this after cutting wood, or hunting and trapping with the men in the village. Actually, it often got a lot worse than this, but then I would have been wearing a fur rimmed hood, and it would have been too cold to take a photo. So this was probably a rather moderate temperature day for winter. 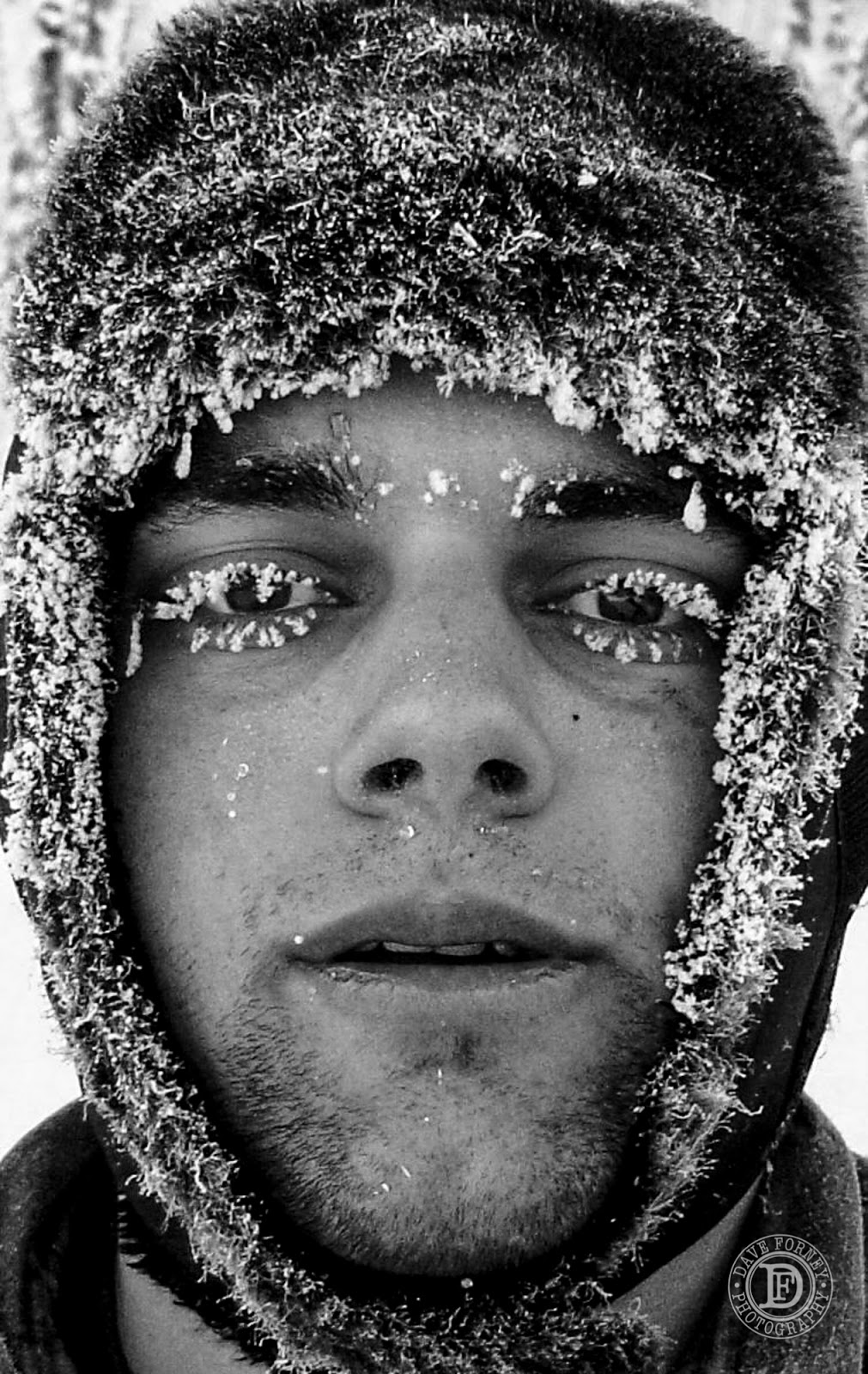 Aside from snow machines, some people used dog sleds, although not very many anymore. Historically, that is what everyone used, but not so much anymore. It takes a lot of dogs to pull a sled with a big load. And it takes a lot of work to feed, and house, and care for, and train those dogs. So not many people do it today. But there are still a few. And every year the village would participate in, and host, dog sled races, and other fun stuff like that. Here's a shot of Britton when he was 2 or 3, riding a one-dog sled in a race that the village held every spring. Yep, it's spring. Can't you tell? 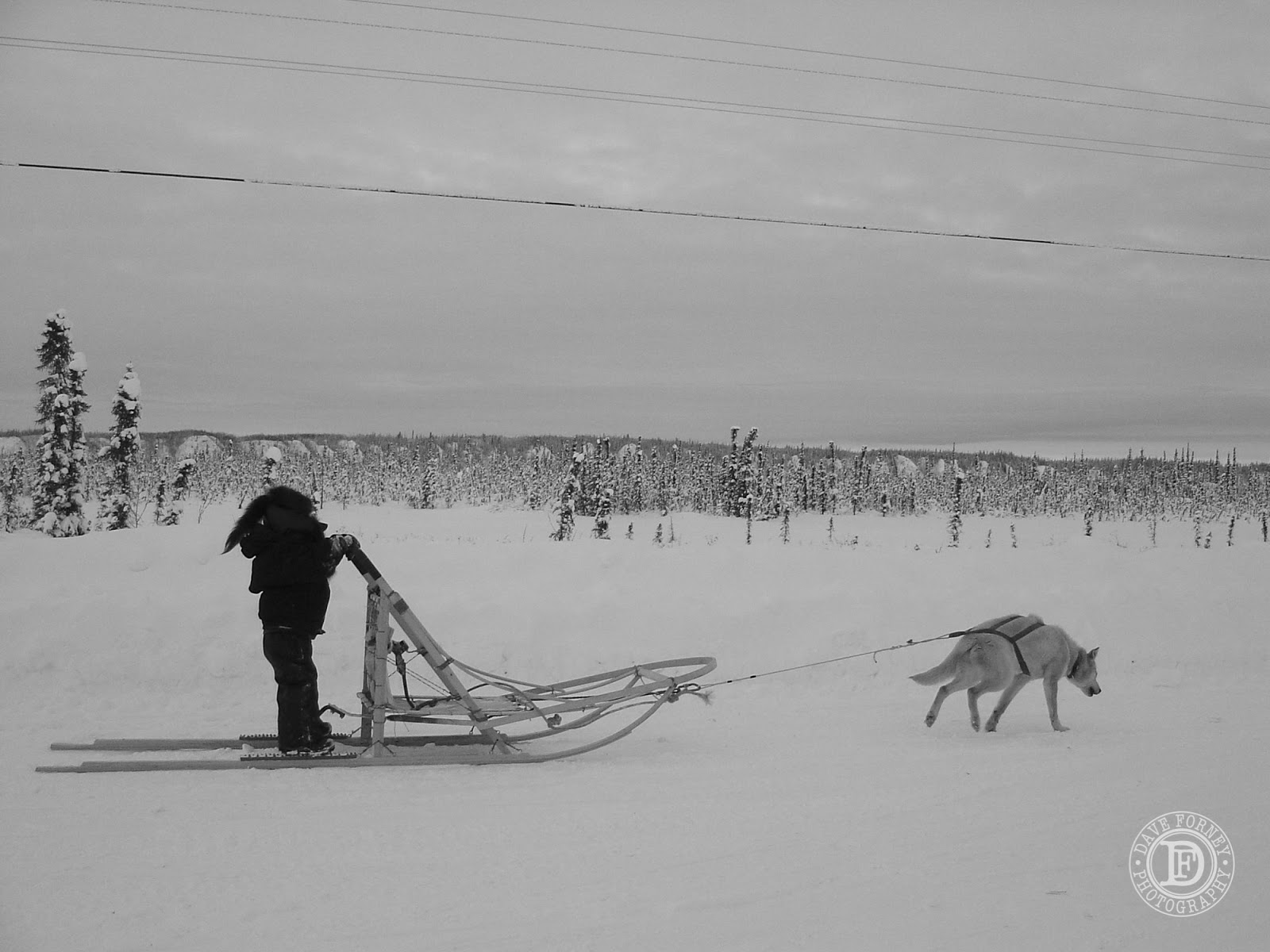 But the main way of getting around the village in winter was just walking. You can tell it's not very cold (probably somewhere around zero to twenty below) in this picture, because no one is bundled up too much. 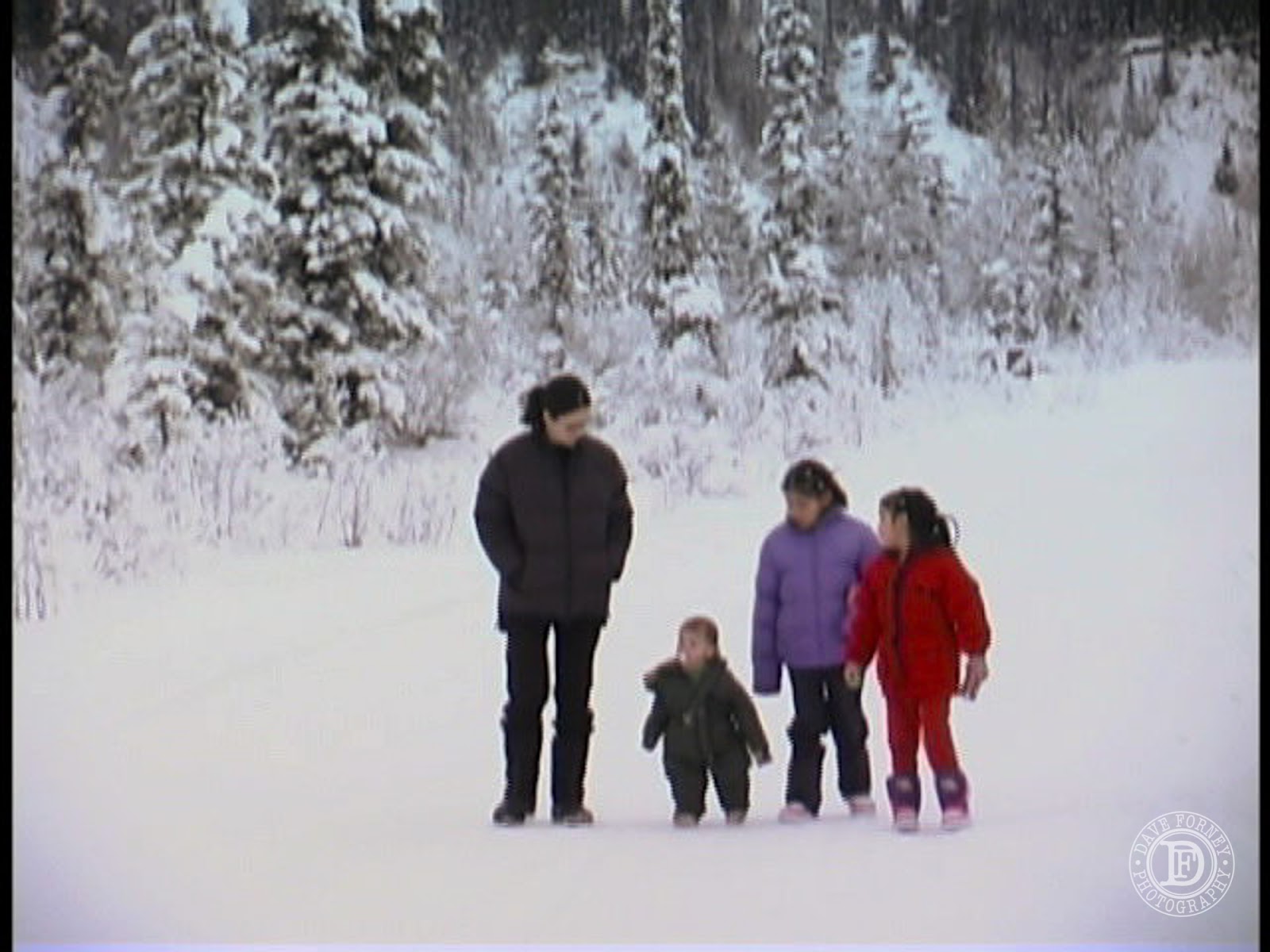 But in this one it's a bit colder... maybe 40 below or so. When it got really cold, the best stuff to wear was the stuff that the village women made from various animal hides and furs, which way outperformed anything from NorthFace or any other fancy brand. 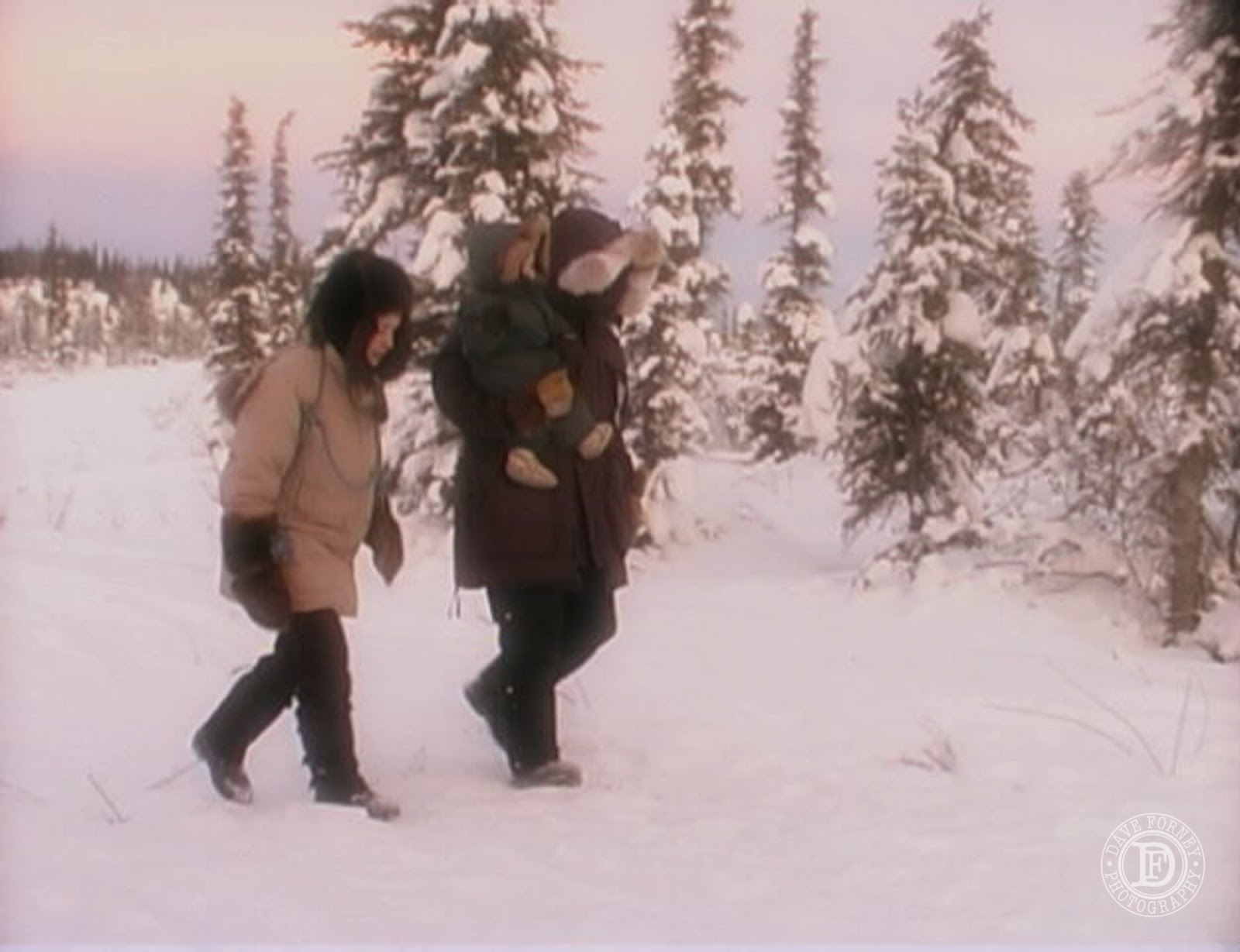 I spent much of my time building relationships with the men in the village. That meant hunting, fishing, trapping, cutting wood, telling/listening to stories around fires and/or food, etc. And when I wasn't doing that I was usually fixing broken stuff--either at or in my house, or in my little shop where I also helped other people with broken snow machines, ATVs, etc. I also helped Joy with the Bible clubs, and we helped lead a church service in the village. Joy was kept super busy with Britton, who was 1 year old when we arrived, and Hannah, who was born the following year, and all the many kids who hung out in our house day and night. Occasionally, but very rarely, we had the opportunity to sneak away as a family from the busy village life, like this time in spring, when Joy and the kids road the snow machine with me to the wood yard. Joy got a kick out of doing the lumber jack thing for a day. :) 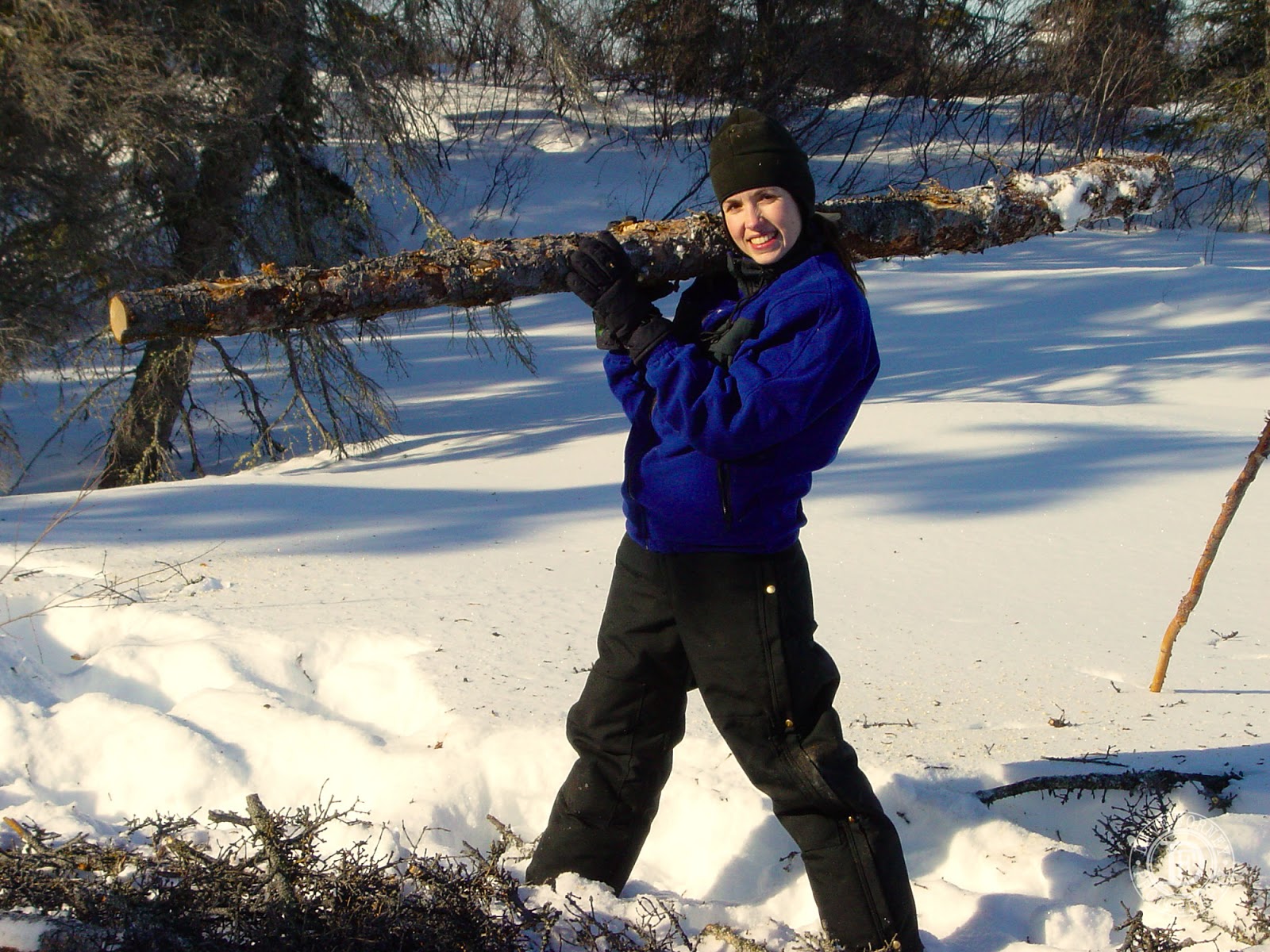 During the very short summer, everything changed. The sun would never set, everything warmed up and we found it hard to go to sleep, even in the middle of the night. Showers could be had anytime down at the river, or outside with my shower jug on a stump. :-) People would fish, and make repairs on things that were buried under snow in the winter, and prepare in any way they could for the coming fall and winter. It was a busy, but fun time, buzzing with excitement (oh, and billions of giant mosquitoes!) On a side note, as a pilot with MAF, I have flown many hundreds of medevac flights over the years, most of them when we lived in Kalimantan, Indonesia. In many of those cases, the patient was critical, and would likely have died if the plane was not able to arrive in time. Sometimes, due to bad weather, or other issues, I was forced to delay an arrival for several hours, or even until the next day, knowing full well the potential consequences to the patient and his/her family. I used to tell my friends in Indonesia that I never took those decisions lightly, because I have been on the other side of that situation. Yet, I always have to make the safety of the flight the first priority. Because if I can't land and takeoff safely, then I can't help anyone at all... and in fact, I could make the situation a whole lot worse.
When we lived in Alaska, twice we had to medevac our son, Britton, to Fairbanks. Both times he was in bad shape, and getting worse fast. Both times we had been on the satellite-linked phone out of the village to a doctor in Fairbanks, with the doctor saying that if little Britt didn't make it out today, he would likely not be alive tomorrow. And both times the weather was bad when the plane was coming, and we didn't know if the plane would make it in to pick up our son and save his life. We praise God that in both cases the plane did arrive, and Britt did get to Fairbanks in time and was obviously treated and recovered. But all that to say, I clearly remember what that feels like--to feel completely helpless on the other end, knowing that your child needs advanced medical care, and the only way to get it is if the airplane can make it in time. So I can very much sympathize with those who are on the other side... and I can appreciate the hope and help that is represented on the wings of MAF to people who are in those types of situations. I'm SO thankful that I've been able to play a small part in brining that tangible help and hope to many people over the years that I've flown with MAF, and not just in medical evac situations, but also in many other ways as well.
Posted by Dave at 1:58 PM No comments: