Flying for a Church Conference (Part 2)

The third day dawned the same as the second, with low clouds and fog blanketing the jungle-covered mountains surrounding Mahak Baru.  Although finished with the pre-flight and ready for take-off, I had to wait another hour and a half before the clouds lifted and revealed a beautiful blue sky.  Meanwhile, Folks from the village were heading down the airstrip, branching off on various trails which lead to their ladangs (rice fields) for a day of hard work. 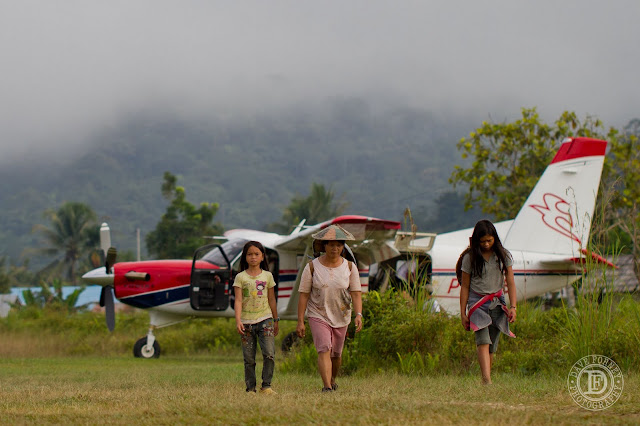 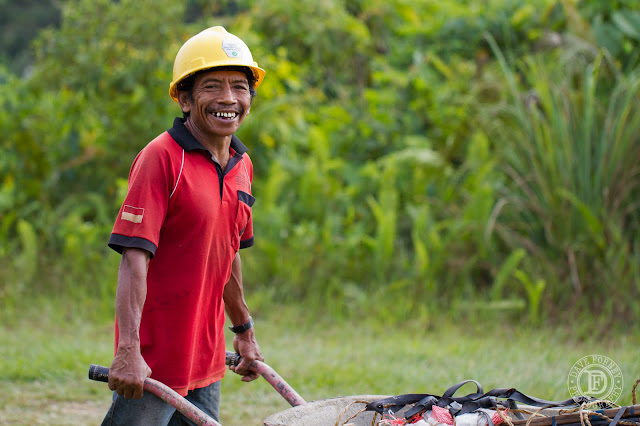 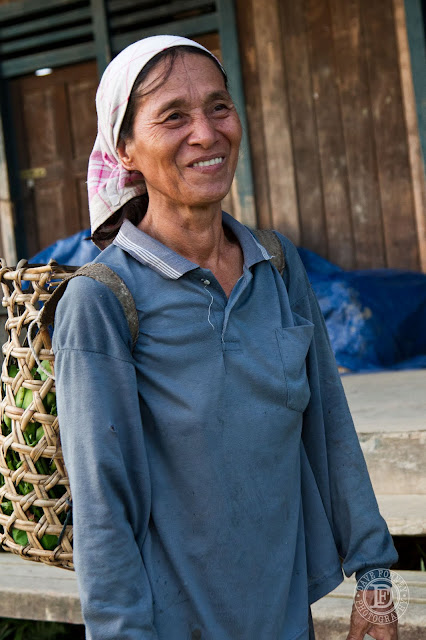 Among the many loads of people I flew from various villages, were two loads of kids from Data Dian.  Because of their small size, we were able to put two people in almost every seat, which meant I had 14 people in a plane that contained eight seats (we can't put two people in the co-pilot seat for obvious reasons.) 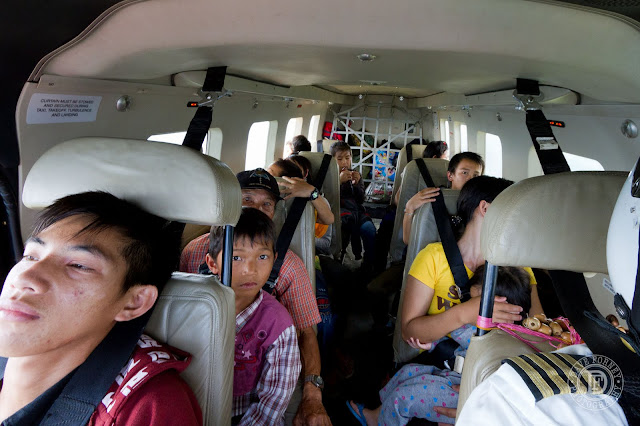 Although Data Dian is connected to Long Nawang by river (whereas all of the other villages that I transported people from are not connected by river), it would mean about four and a half hours of riding in a boat like these.  The airplane ride was seven minutes from takeoff to touchdown.  The river is full of dangerous rapids, and the price would have been about three to four times what it cost them to fly with me in the Kodiak!  Safer, faster, cheaper! 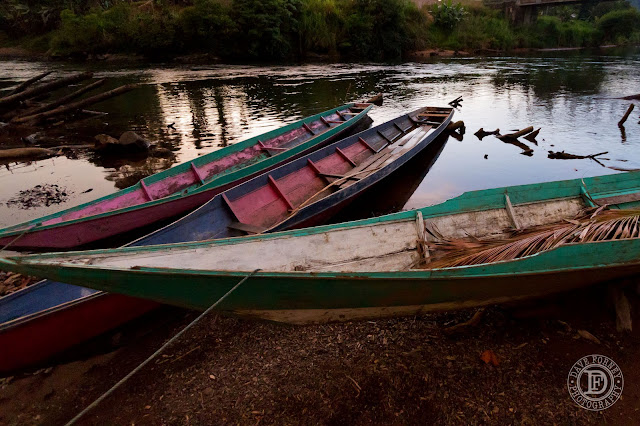 After another long day of flying, Britton and I headed for the river for a quick cool-down and mandi (bath) before dinner.  Kids in the village were out having fun. 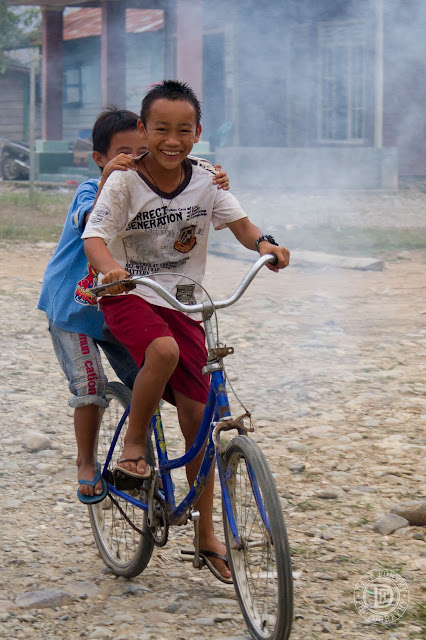 Down at the river, a group of kids joined us.  The water was clear, cool and refreshing!  Although the gravel bar on the right side makes it appear the river is very shallow, just a few feet from the edge is drops into a deep channel.  There were two kids that were doing back flips into the deep water.  I wish I could to that, but no doubt I'd break my neck or back in the process. 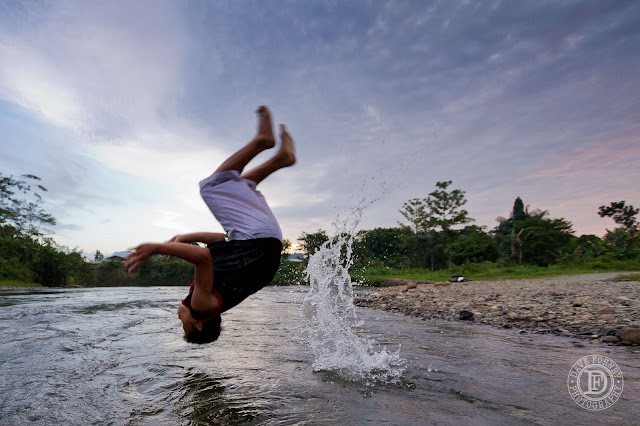 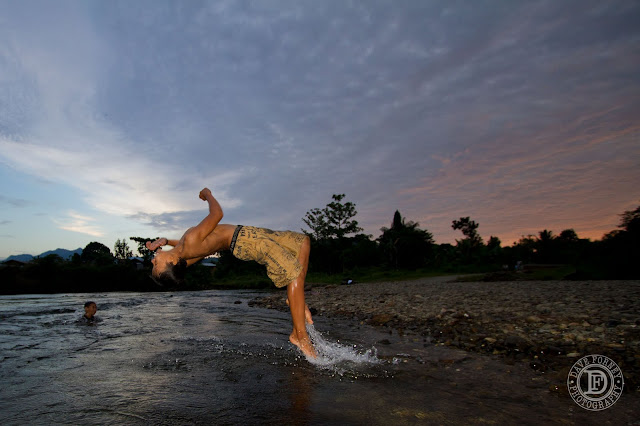 As the sun set, the clouds lit up like fire!  Although it only lasted a few minutes it was gorgeous! 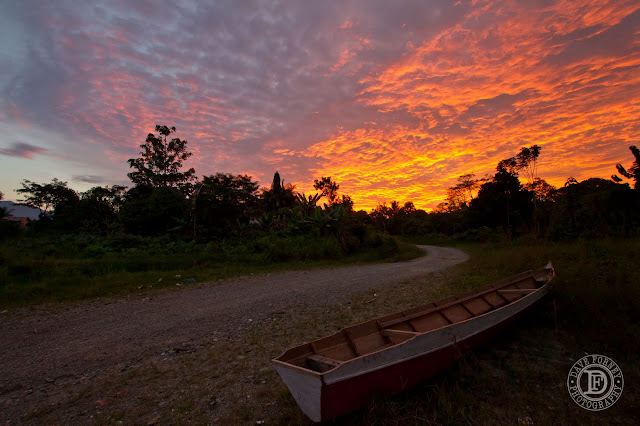 Well, as I said before, after three days of conference flying, we moved over to Long Nawang and spent the last night there, where I showed films and shared with a bunch of the people gathered for the conference.  But I didn't have time to take any pictures of that.
The following day, (Sunday), we headed back to Tarakan.
One morning while waiting for the fog to lift, Britton and I took a little walk down the airstrip looking for interesting bugs and macro subjects to photograph.  Sometime I'll do a separate post showing you some of what we found.
Posted by Dave at 2:23 AM

These last two posts are what you at MAF are all about. It was special that Britton could be with you and part of the mission. Your pictures are the best!

Great Photos!
Looks like you and Britton had a great time!

I can't remember how I found your blog initially, but I sure do enjoy your posts, especially your photos. I haven't traveled out of the country (except for Mexico in my younger years) but I love seeing the culture where you are. Thank you for sharing your experiences.
-In Christ,
Frances
http://alaskantutkium.blogspot.com

I was so lucky to be part of Data Dian community for 2 years (2015 till 2017)as staff of community Health Centre. They have been happy every single day,to go ladang, fishing or other activity that i could not find in my hometown.I wish they always get healthy life, longlast.