You win some you lose some

The other day I rode along in the Kodiak as a passenger.  One of our newer Kodiak pilots was planning to do checkouts at four of our interior strips along with our chief pilot.  I was lugging around 25 lbs of camera gear with a plan to capture some of the action in both video and still shots--seeing as how most of our MAF footage of the Kodiak is outdated now that it has a pod. 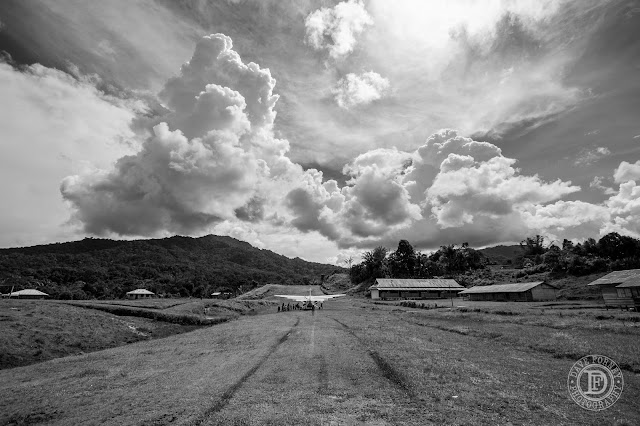 But things didn't go according to the plan.  In fact, that's a huge understatement!  I think the Chief Pilot summed it up best when he said something to the effect of, "Well, that had to be one of the least productive days of flying in all my years here."  It seemed like virtually everything that could have gone wrong did--the weather, the airstrips, the camera gear, the loading, etc. etc.  We only got one of the four checkouts done, and that one only barely happened, and I almost got left behind.  But that's a story for another day. 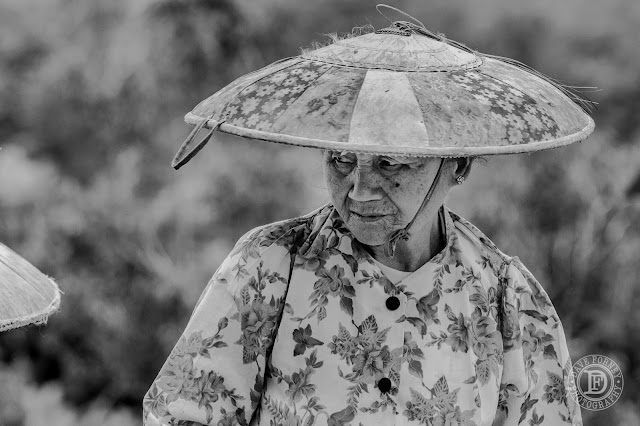 I'll spare you all the details, but it was a bum day photographically as well--at least as far as airplane shots went.  And it culminated with the destruction of my Canon G1X.  (Ahhh, it pains me just to mention it.)  But I digress.  Anyway, despite all of that, I did manage to grab a few random shots in the middle of all of the mayhem.  (With the 7D)  Below, the village petugas (airstrip agent) prepares the passenger loading and manifest. 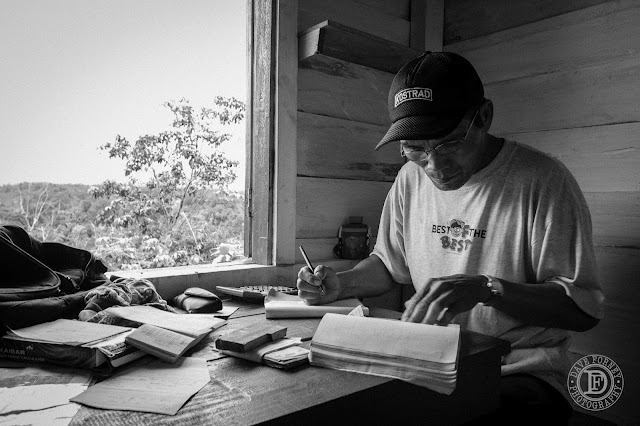 If you're especially perceptive you may have noticed that in the vast majority of pictures showing people gathering and/or carrying barang (stuff) from the airplanes (on this and other posts) the people doing the carrying are most often women.  That's because it's typically considered the womens' job (among many other things!) here to do so.  The women never help to actually unload the plane--that's always done by the men and the pilot.  However, I almost never see the men actually carrying the stuff to the village (which can be quite far away in some cases).  That's almost always the women.  The lady below is preparing her pack laden with supplies from the flight to carry to the village. 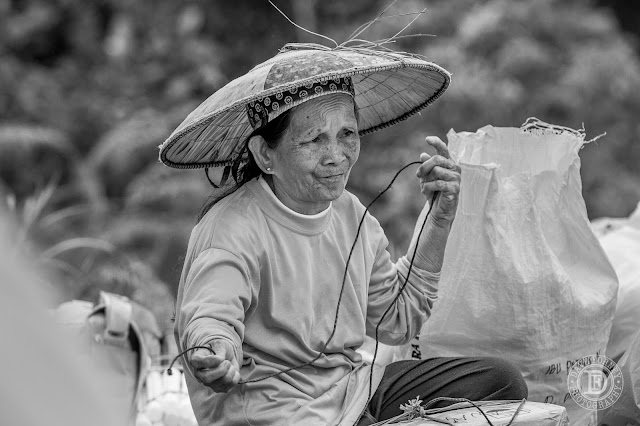 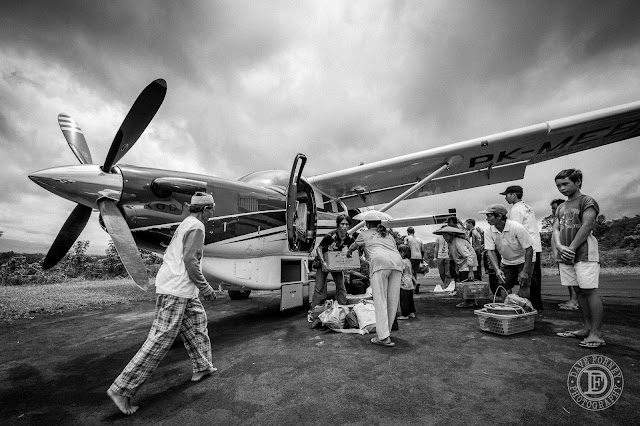 The stuff has been divided into piles of approximately equal weight.  Each of the ladies will carry one pile to the village. 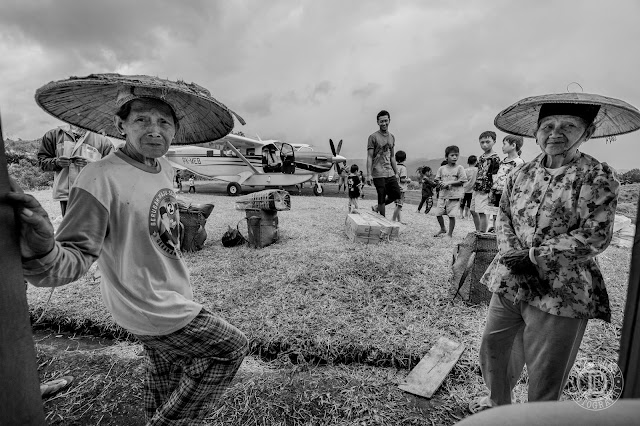 People gather to watch the plane, and to greet the arriving passengers and say goodbye to the departing ones. 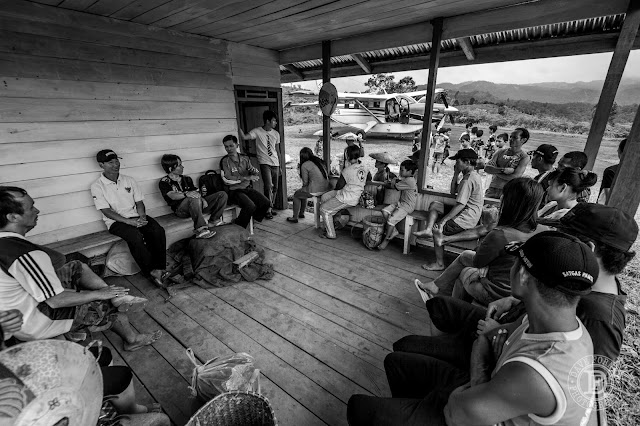 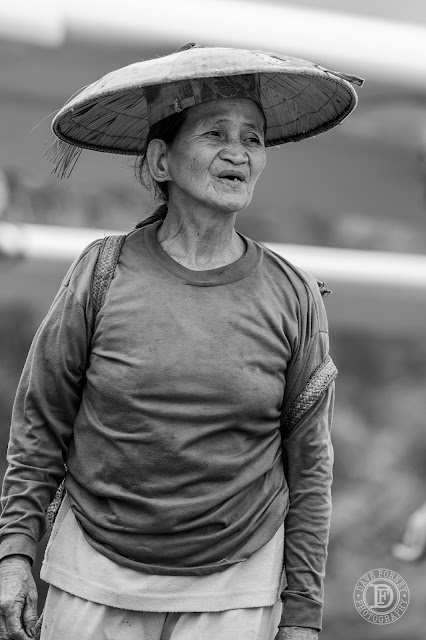 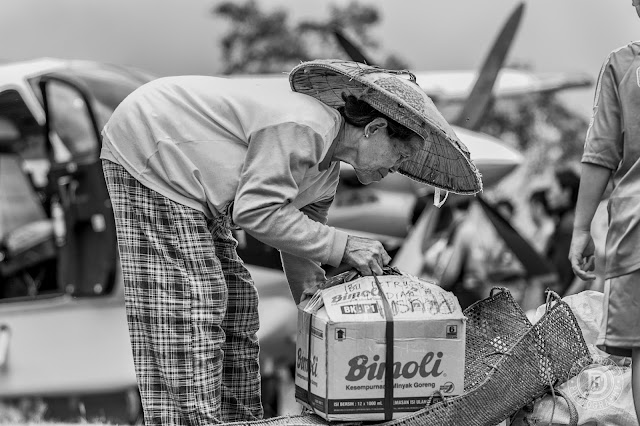 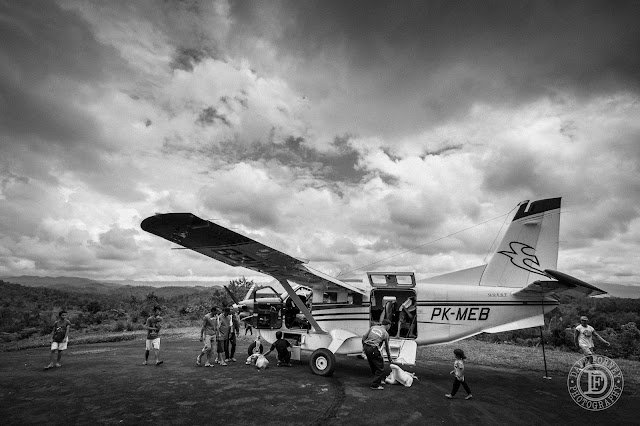 I chose to do all the shots in B&W on this post, b/c it sort of seemed fitting for the mood of the day.  But don't feel too sorry for us.  Even on a "bad" day we still have a whole lot to be thankful for.  We all made it back safe and sound (minus my camera) and that's always a good starting point.  It's really a blessing to be able to be here serving the people of Kalimantan, even when things don't seem to go to well!
Posted by Dave at 8:15 AM

Hi! This is my first time on here. Found you through your wife's blog.

Can't help but mention to you about : Enter the 2012 National Geographic Photo Contest!
Go to their site as I can see you have many beautiful photos. With God's leading... you never know! You could win the $10,000 and get new camera equipment and who knows what else the win could offer!

As soon as I read your blog... I thought of that. It may mean nothing to you but... I have had stranger things happen!

God bless your work there and you and your family.

Sorry to hear about your bad day! Really, you have me curious, what happened to the G1X?