Here's some of the wildlife we saw in Yellowstone.  As I said, we managed to hook up with a group of "spotters" and they always seemed to know where the awesome animals were bound to be.  Here's a picture of us (except me obviously, since I snuck away to take this picture) with the spotters on a hill, watching a grizzly feeding in the distance.  I like this picture because it gives a sense of how big the country and sky felt, and how small we felt compared to it all.  And that's exactly the feeling we had the whole time we were there. 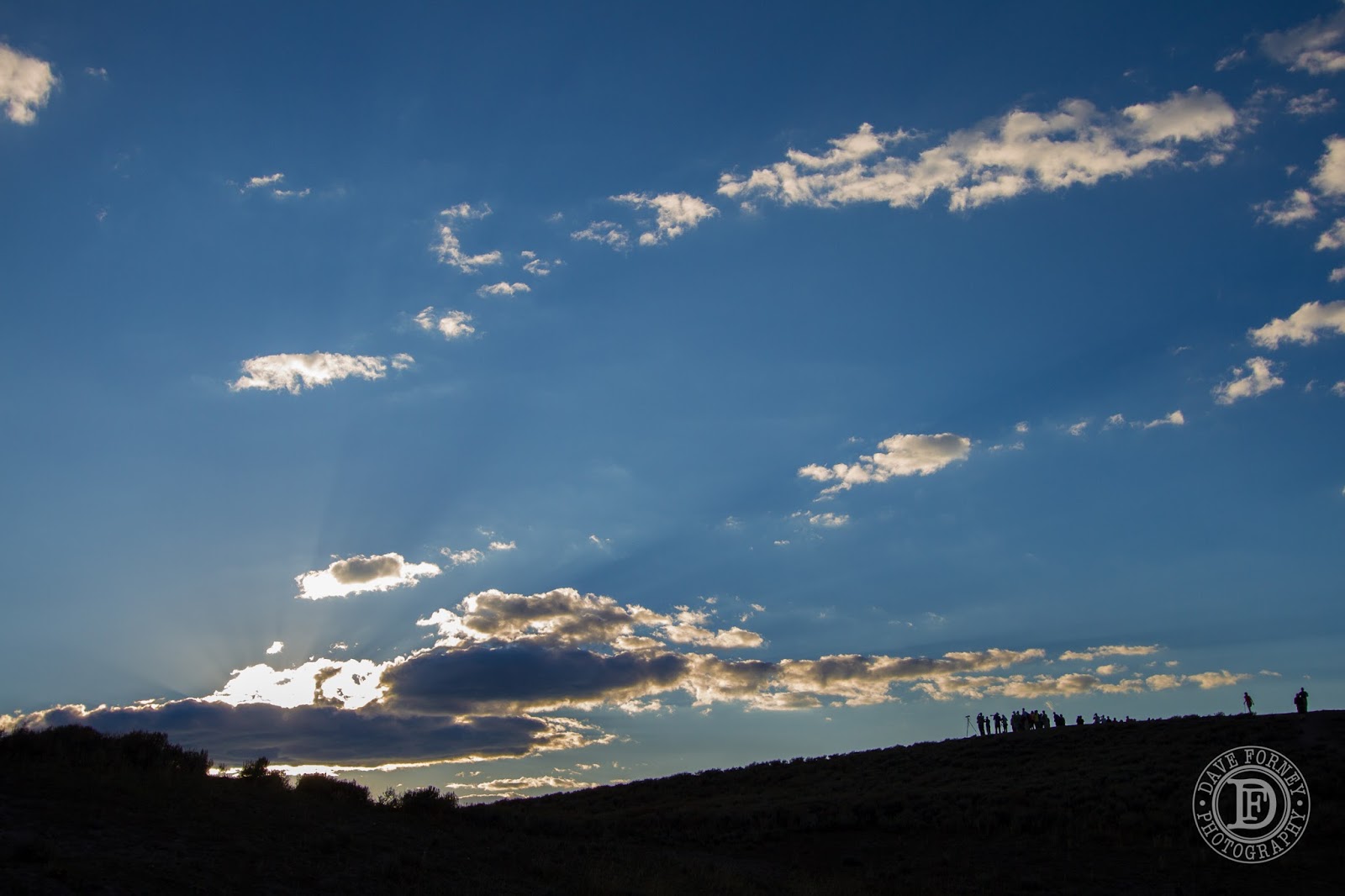 And here's a big grizzly.  I love the way the sun glistened off his silvery back.  He was digging up roots or mushrooms and eating them. 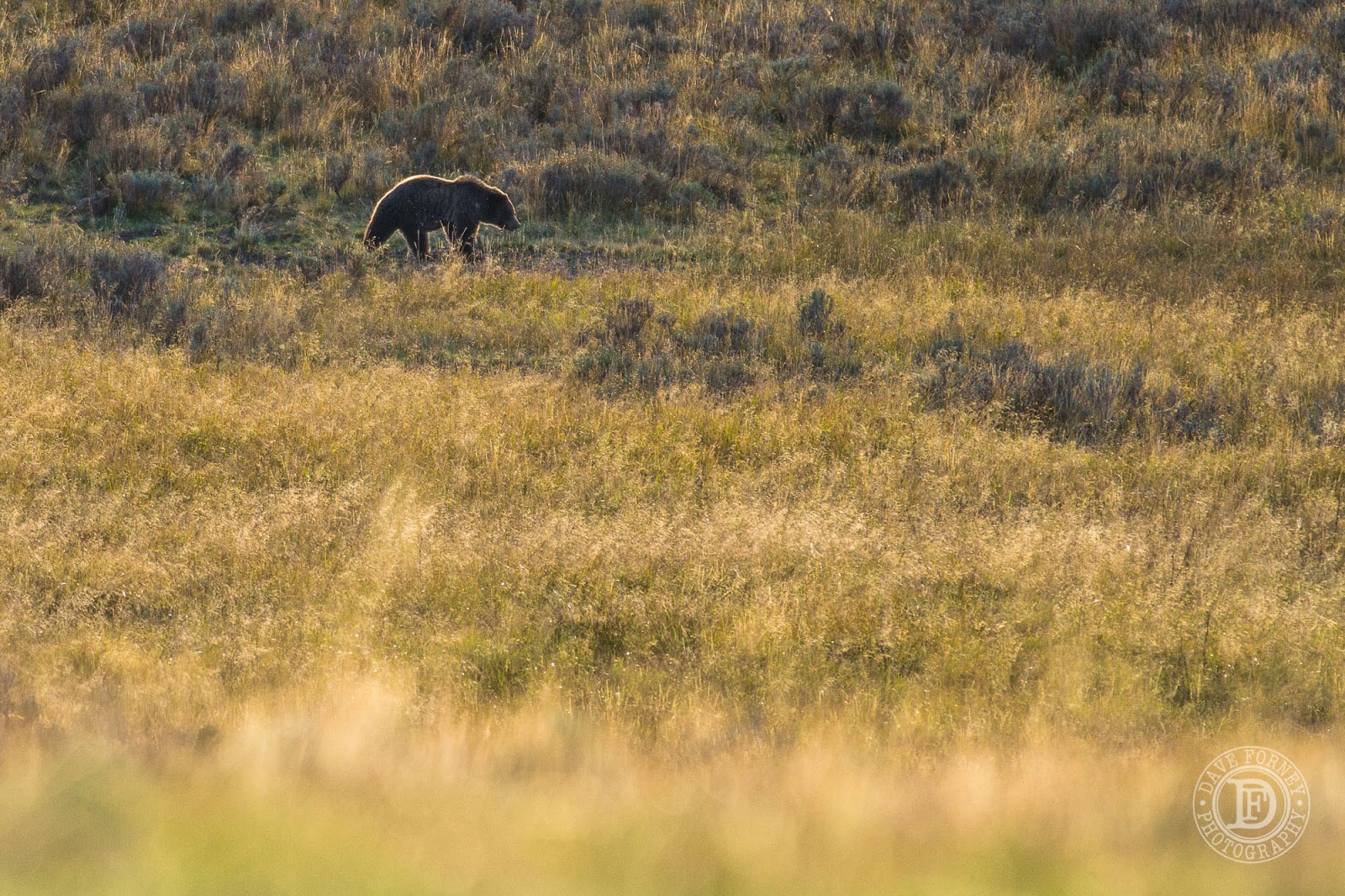 There were always bison around.  They seem mild-mannered, but from what I understand more people are injured or killed by bison than anything else in the park. 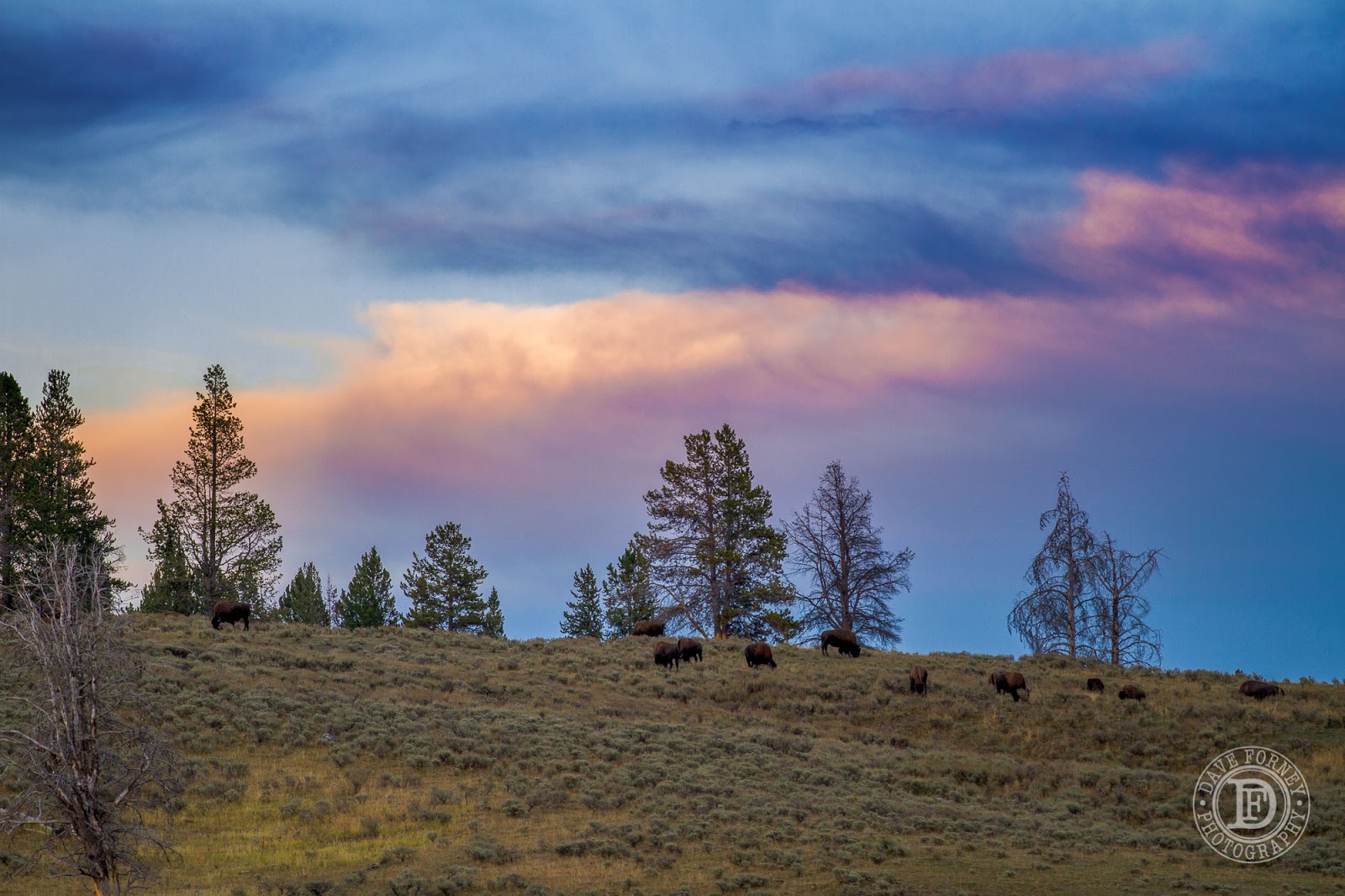 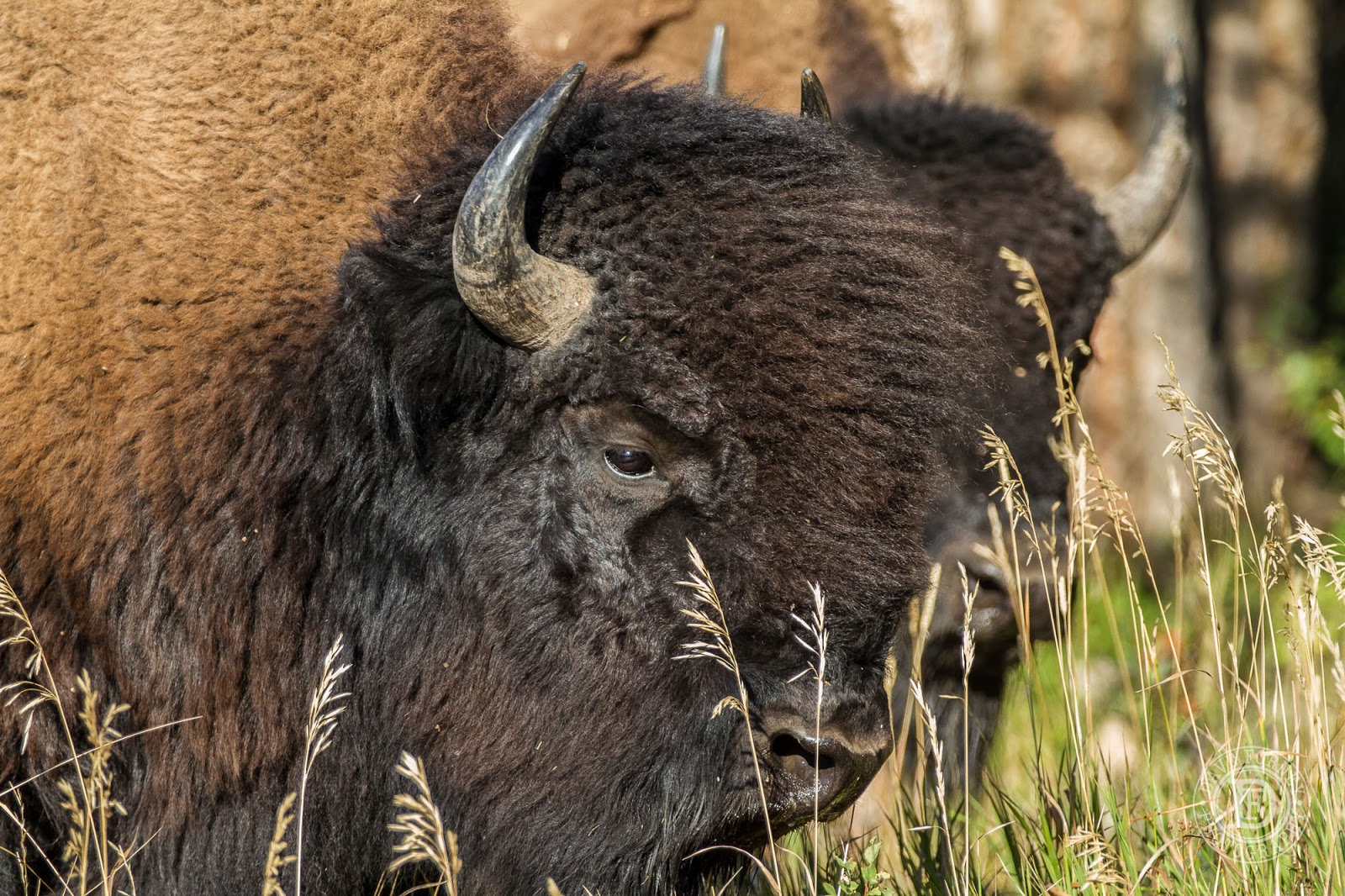 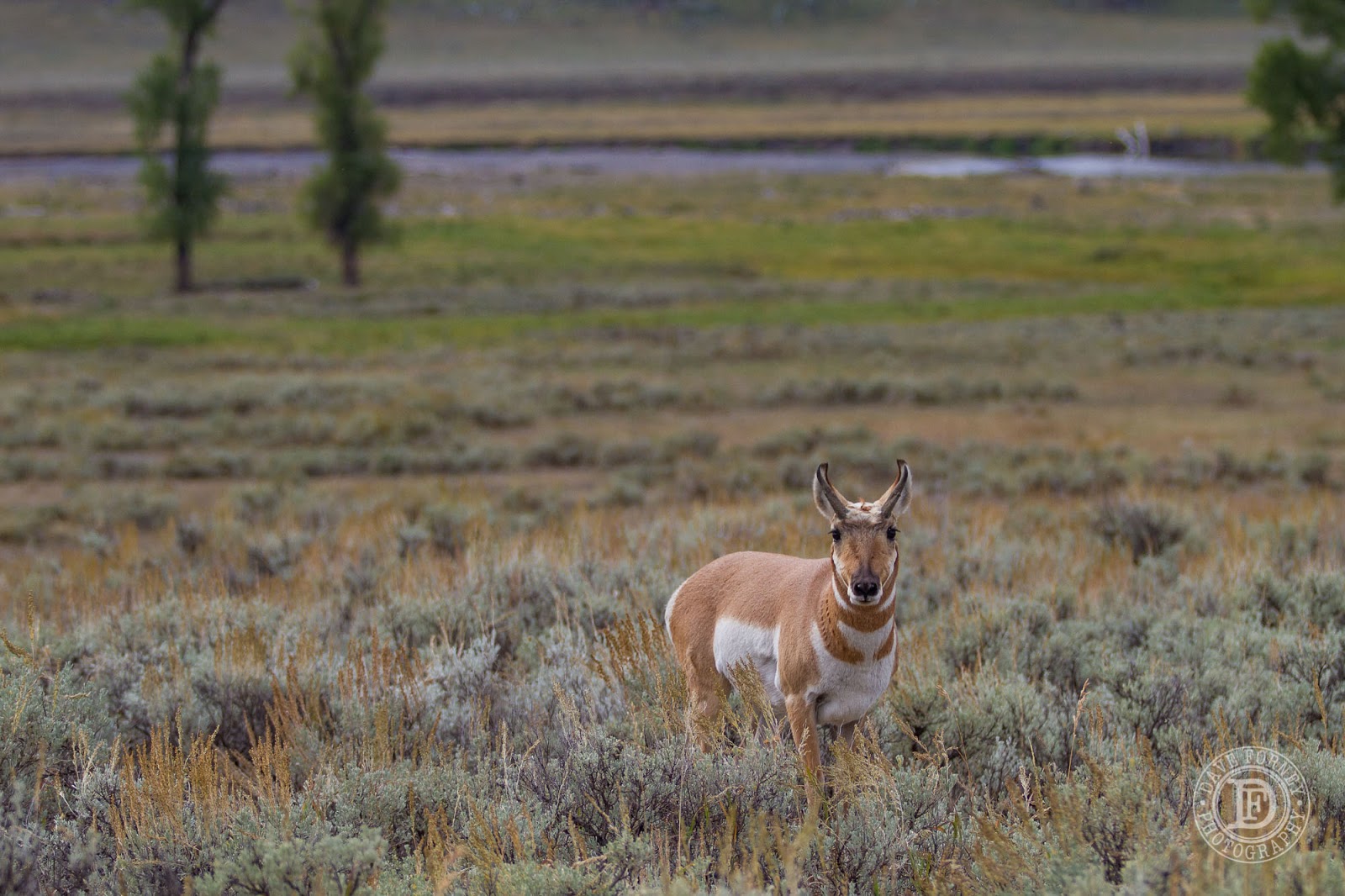 And a wide variety of birds, both big and small. 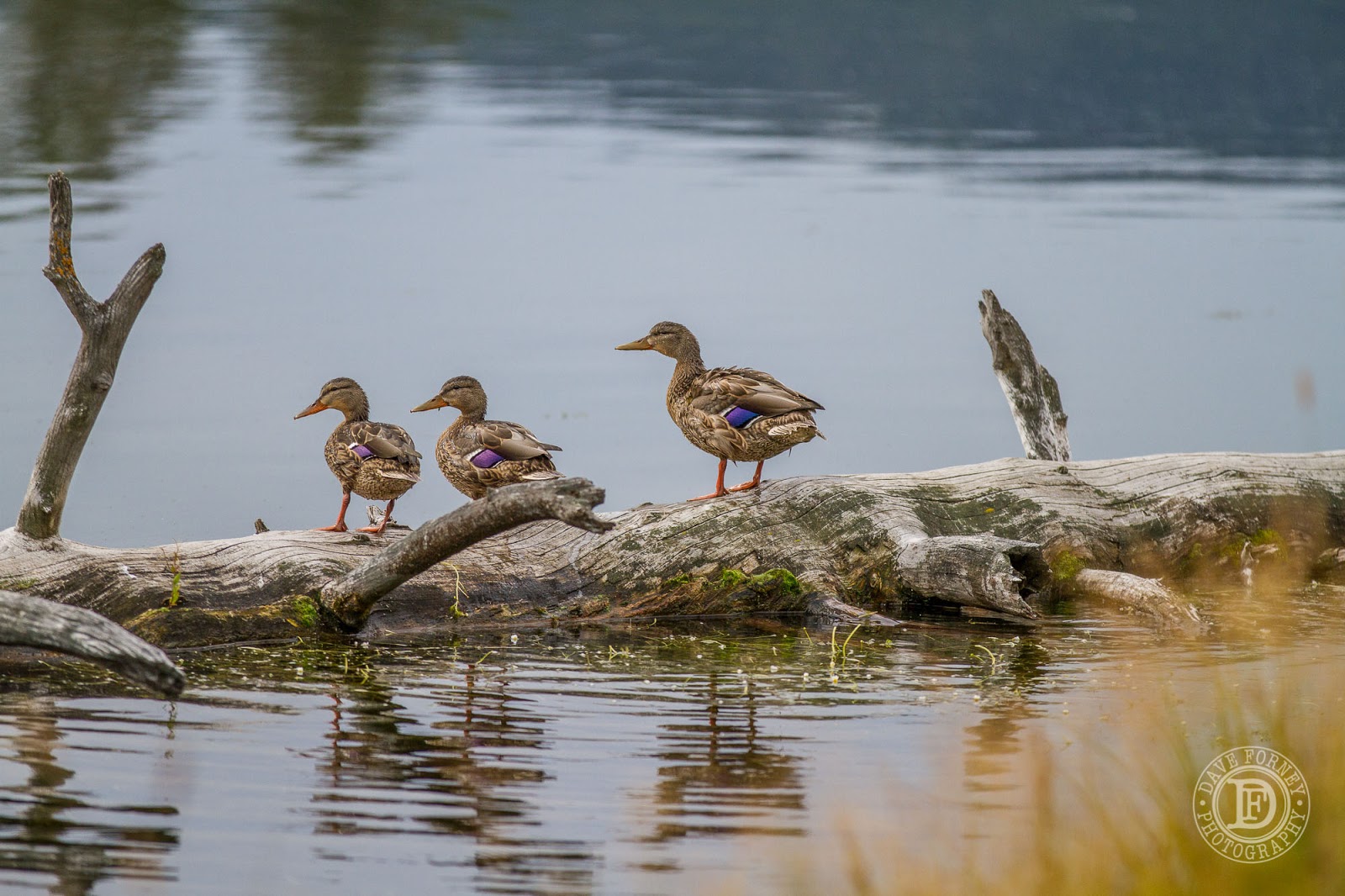 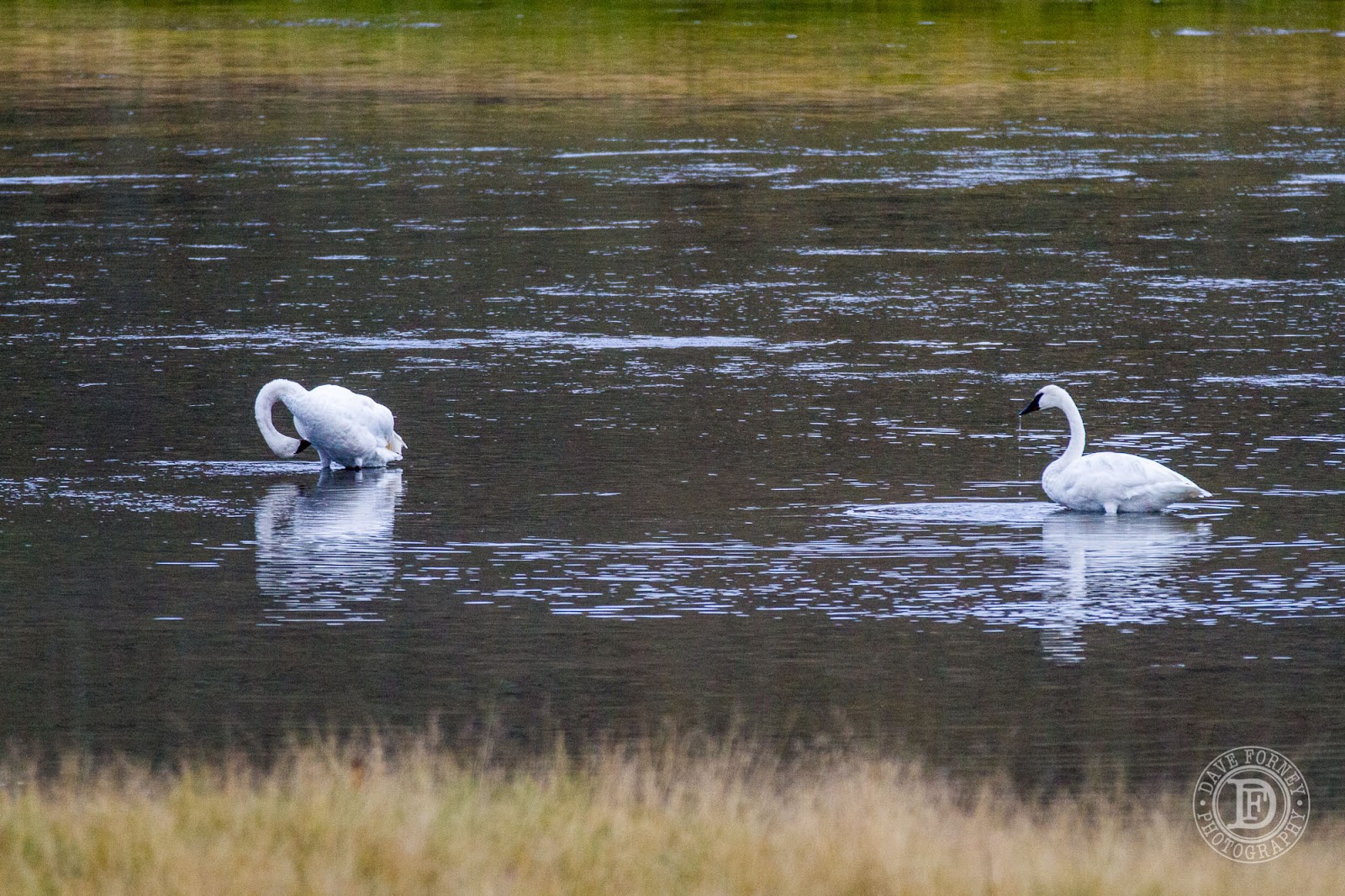 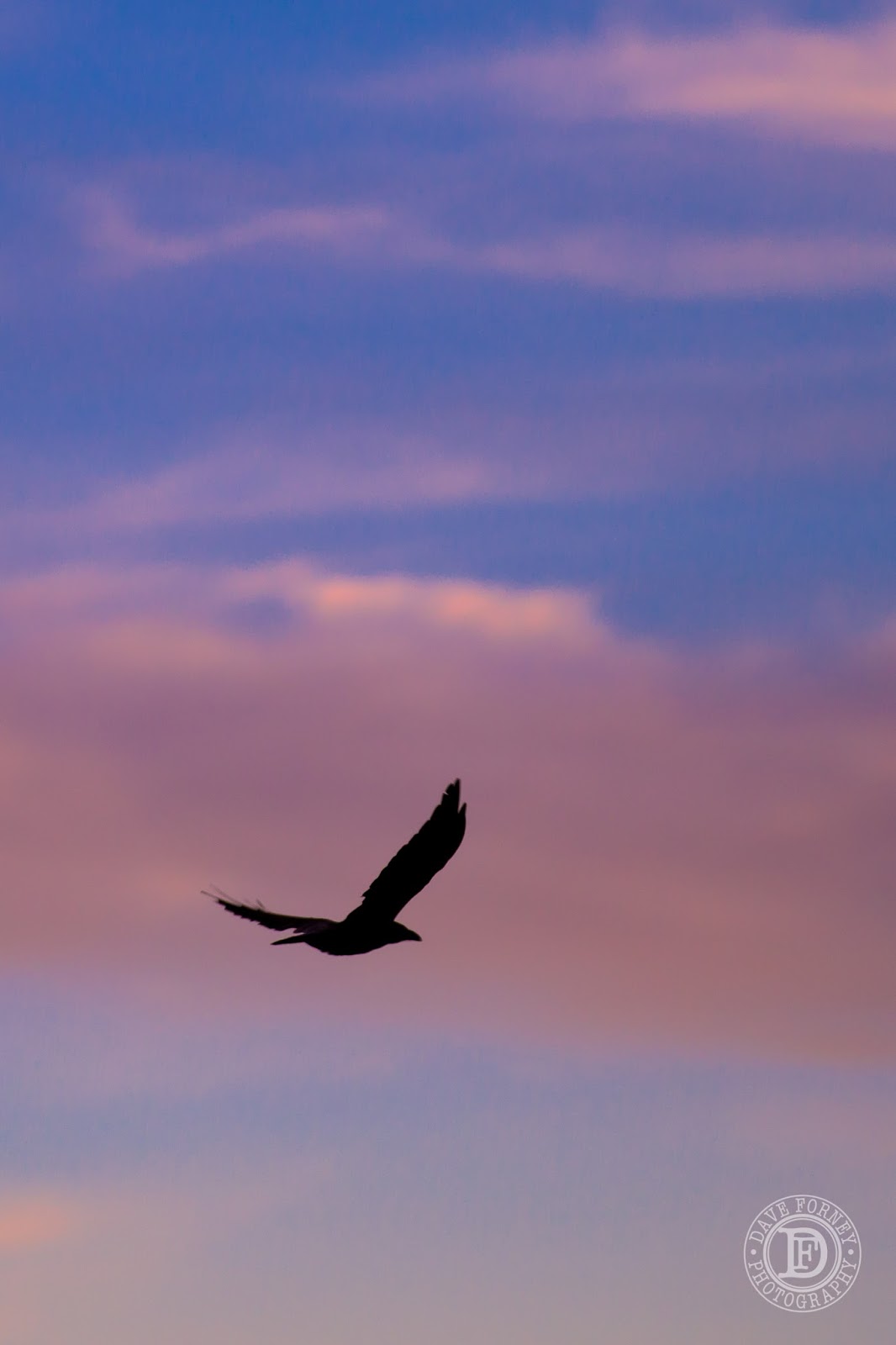 The elk were in rut and it was so awesome to hear those huge bull elk bugling across the hills.  We nearly got our car smashed by a charging bull at one point--I had to floor it to get out of the way and he just missed us. 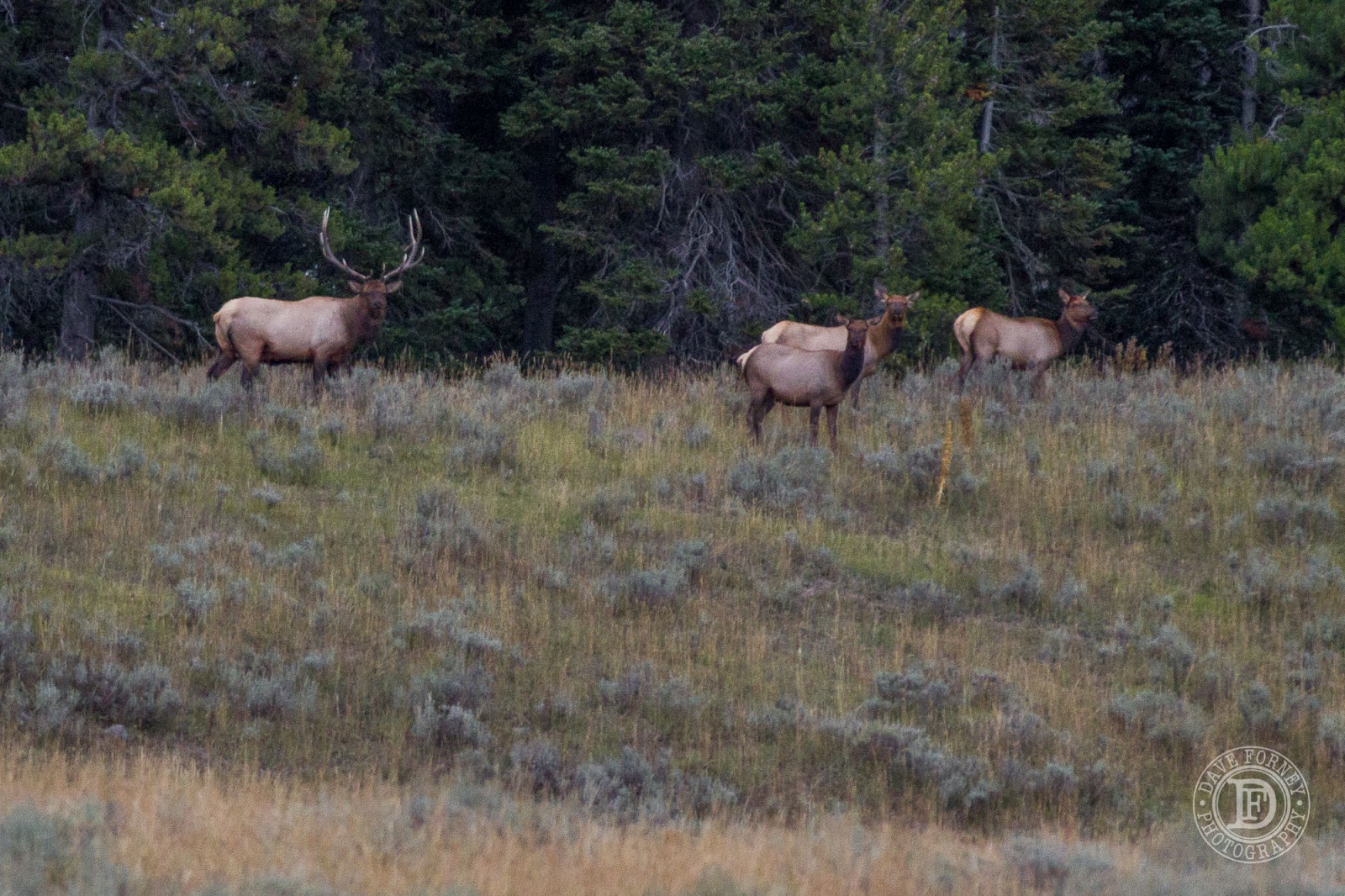 We came across this cute coyote one late afternoon as he or she was mousing in a meadow.  The kids loved it since he was close enough to see clearly without binoculars or scopes.  And he was so intense on his hunting he didn't seem to notice us. 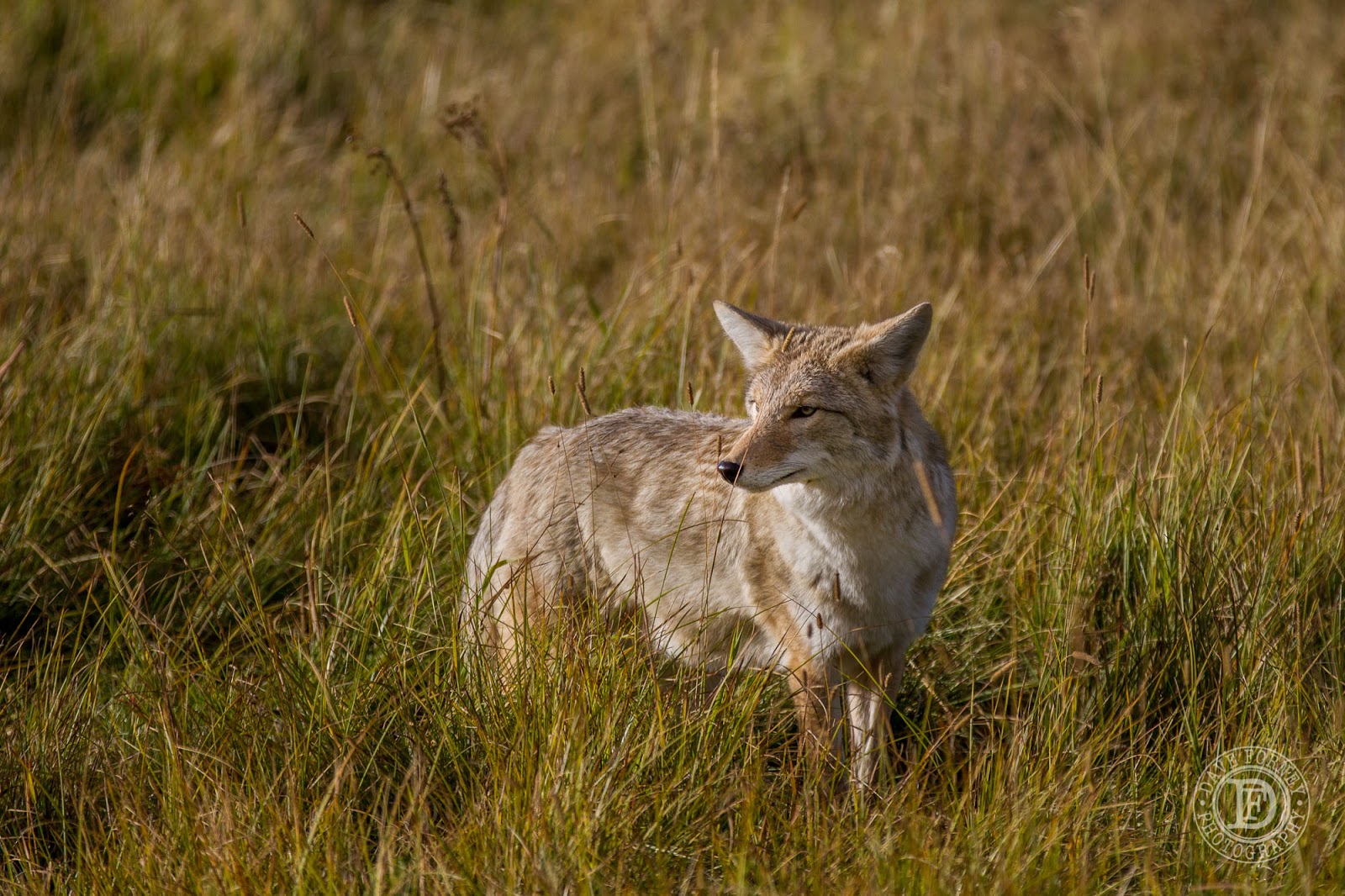 We watched him carefully walk and sniff and walk and sniff, and then suddenly pounce and come up with a fat, furry mouse in his mouth.  One quick toss of his head and a gulp and the mouse was gone. And then he'd do it all over again.  I think we saw him dispatch at least three unlucky mice. 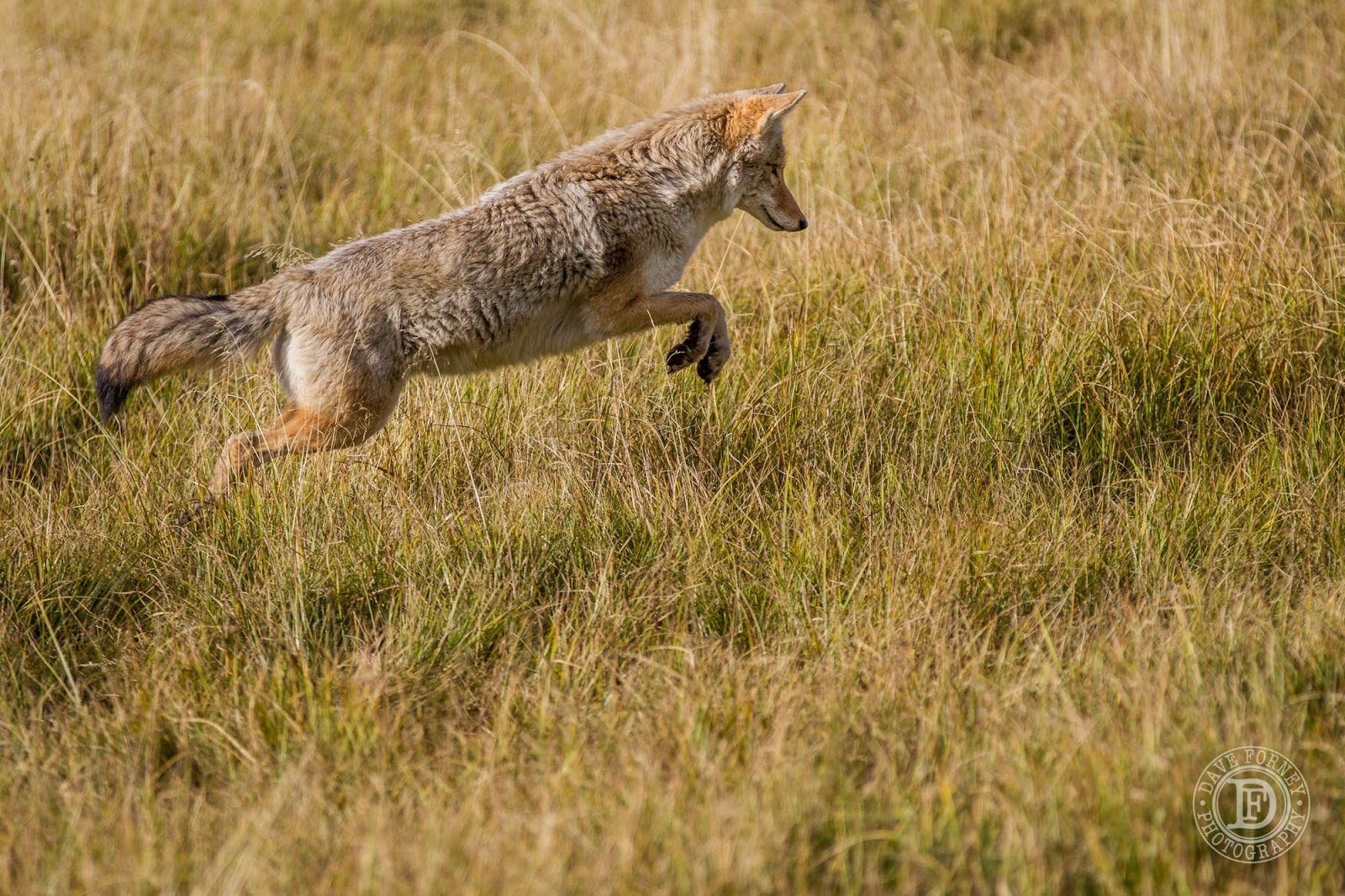 One morning we were rewarded for getting up early with the sight of two large bull moose feeding.  Can you spot them both? 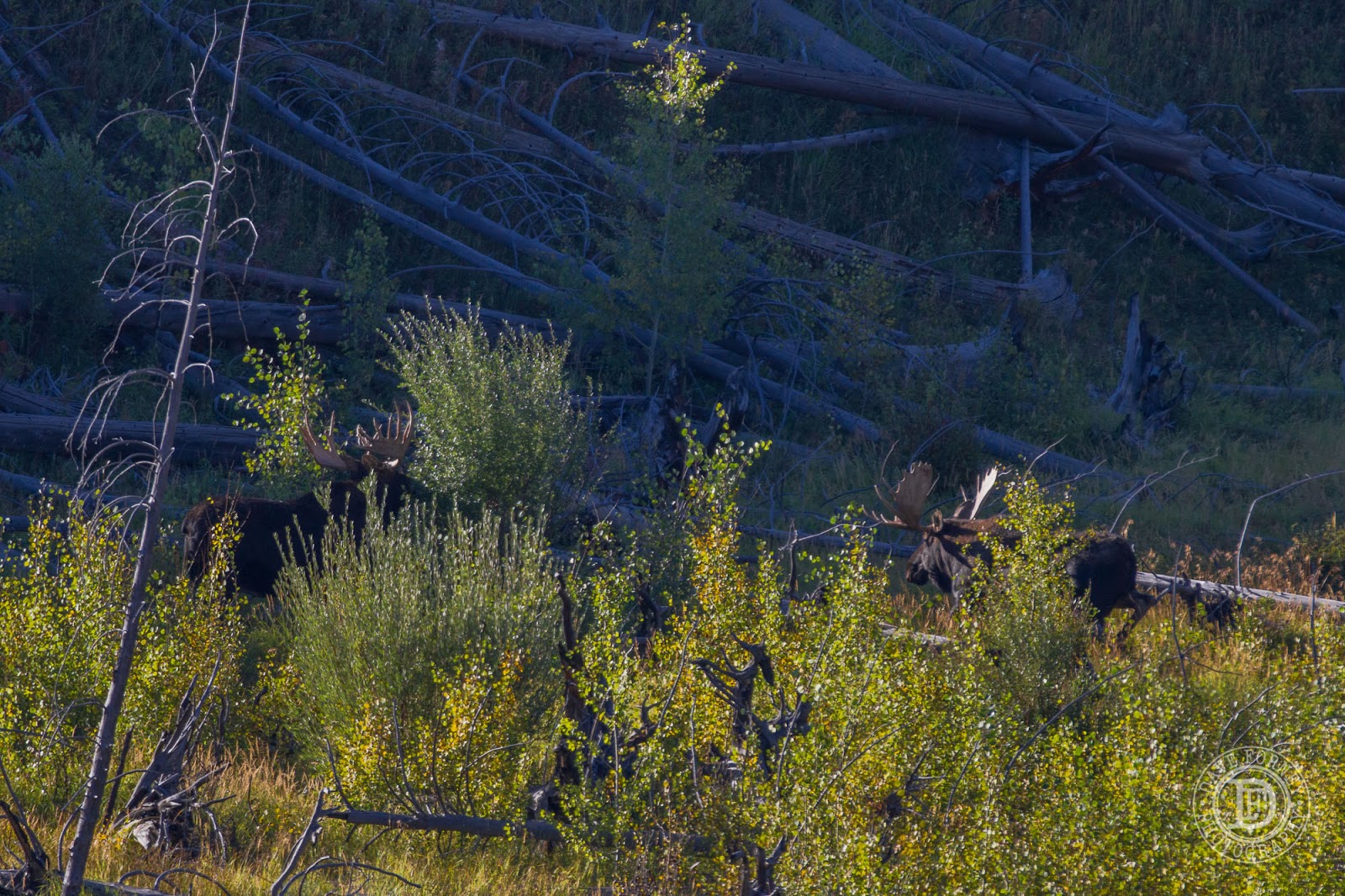 We saw a lot of other neat stuff too--wolves, eagles, mountain sheep, etc.  I wish I could show you pictures of those too, but alas, I don't have a good enough telephoto lens to get the shots I always want.  Now if you happen to have an extra 5 or 10 grand laying around and a hankering to buy me a Canon super telephoto, or even better, the new 200-400 f/4L IS USM 1.4x, well I won't stop you. :-)  And then you could come take some nice safari pics with me in Africa in a year or two.  But unless or until then, we'll have to settle for the pics I can get with my 200mm and a teleconverter.

Check back soon and I'll have one more post from Yellowstone, featuring some of the stunning scenery we saw there.
Posted by Dave at 10:39 PM