On Thursday I got the chance to do a "Ride-a-Long" to observe a typical MAF flight day here with MAF Uganda.  I accompanied MAF pilot, Dallas, on a day that took us on a few stops up through Uganda and into South Sudan and back. After meeting at the MAF office in Kampala and then driving out to the hangar in Kajjansi, the first thing was to go over loading stuff and paperwork with the local MAF staff there.  I'm sure I'll come to greatly appreciate all the great work and effort these guys put into the operation. 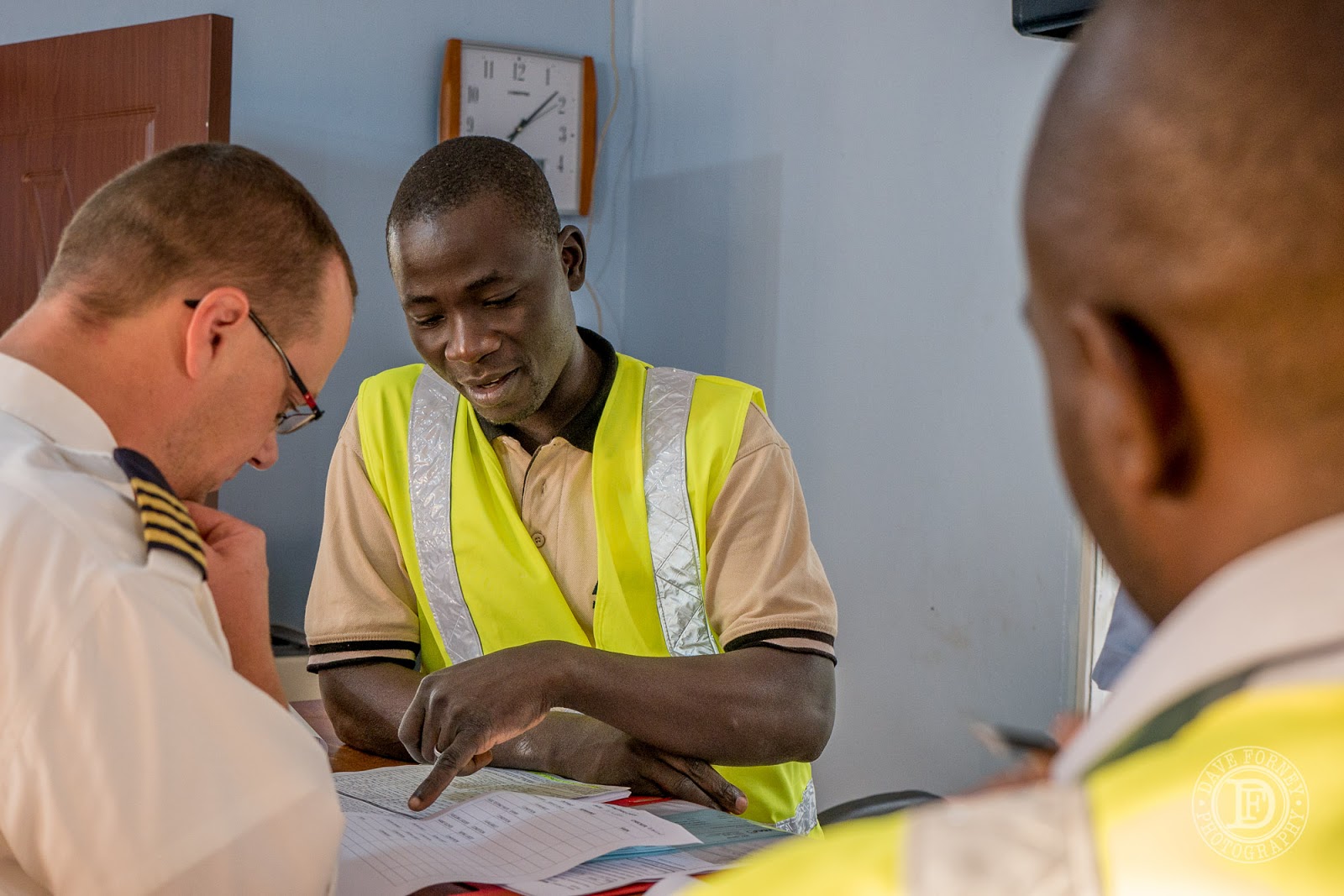 Then it was time to preflight and fuel the aircraft.  This is an MAF-owned strip so it's all MAF staff doing the fueling, runway upkeep, everything.  Again, they seem to do a great job! 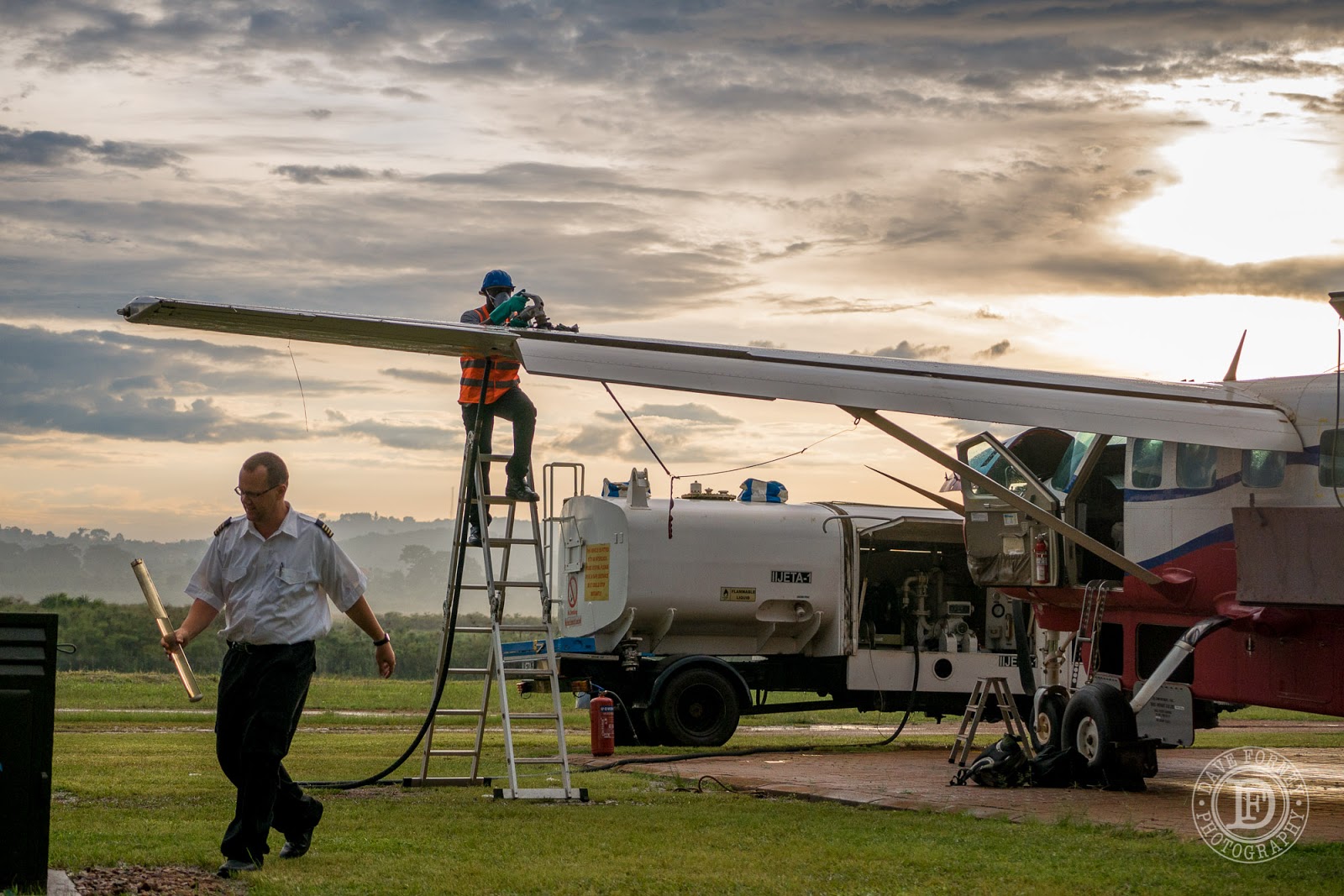 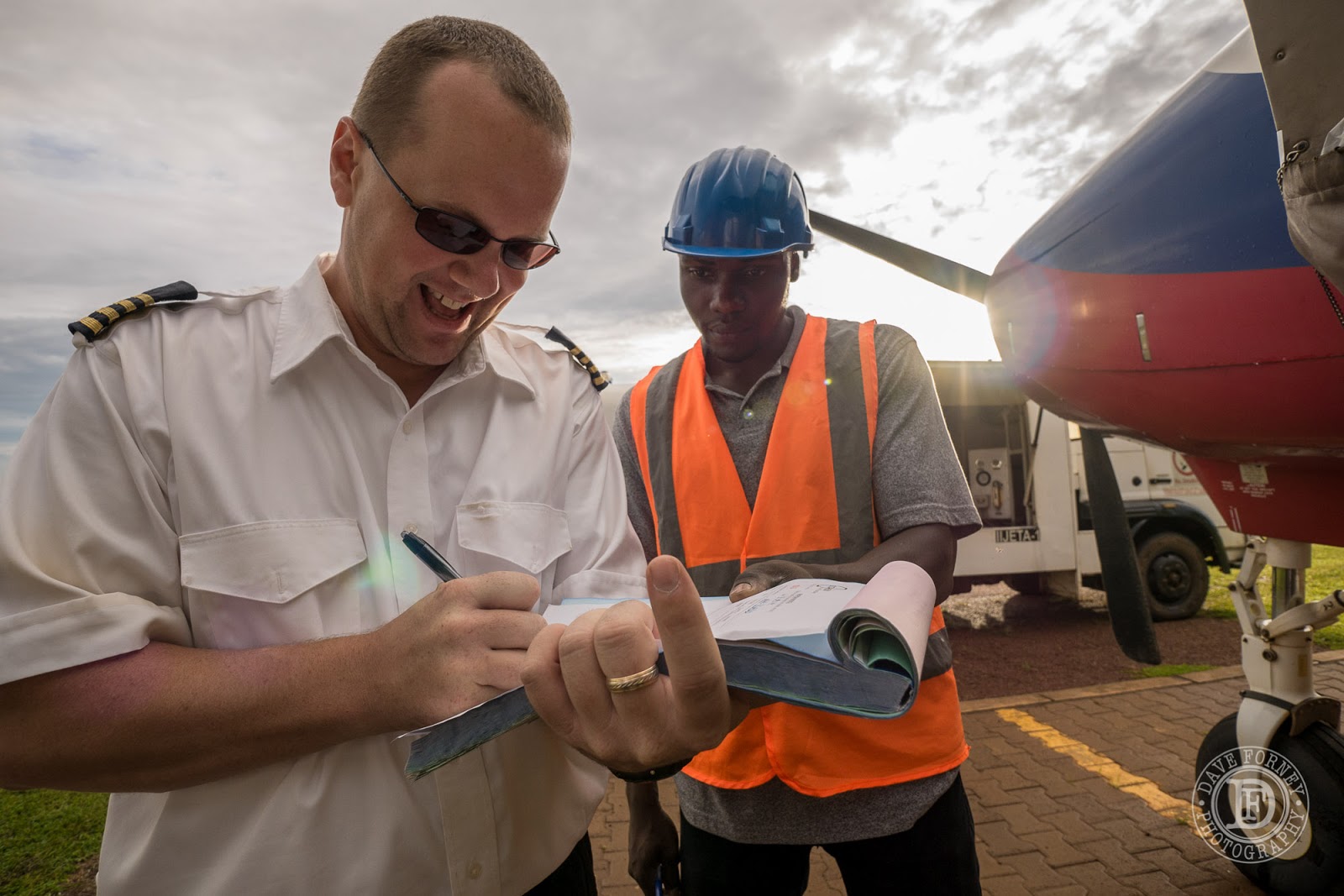 Nearby, another MAF Uganda pilot, Rembrand, was pre-flighting the Cessna 206. 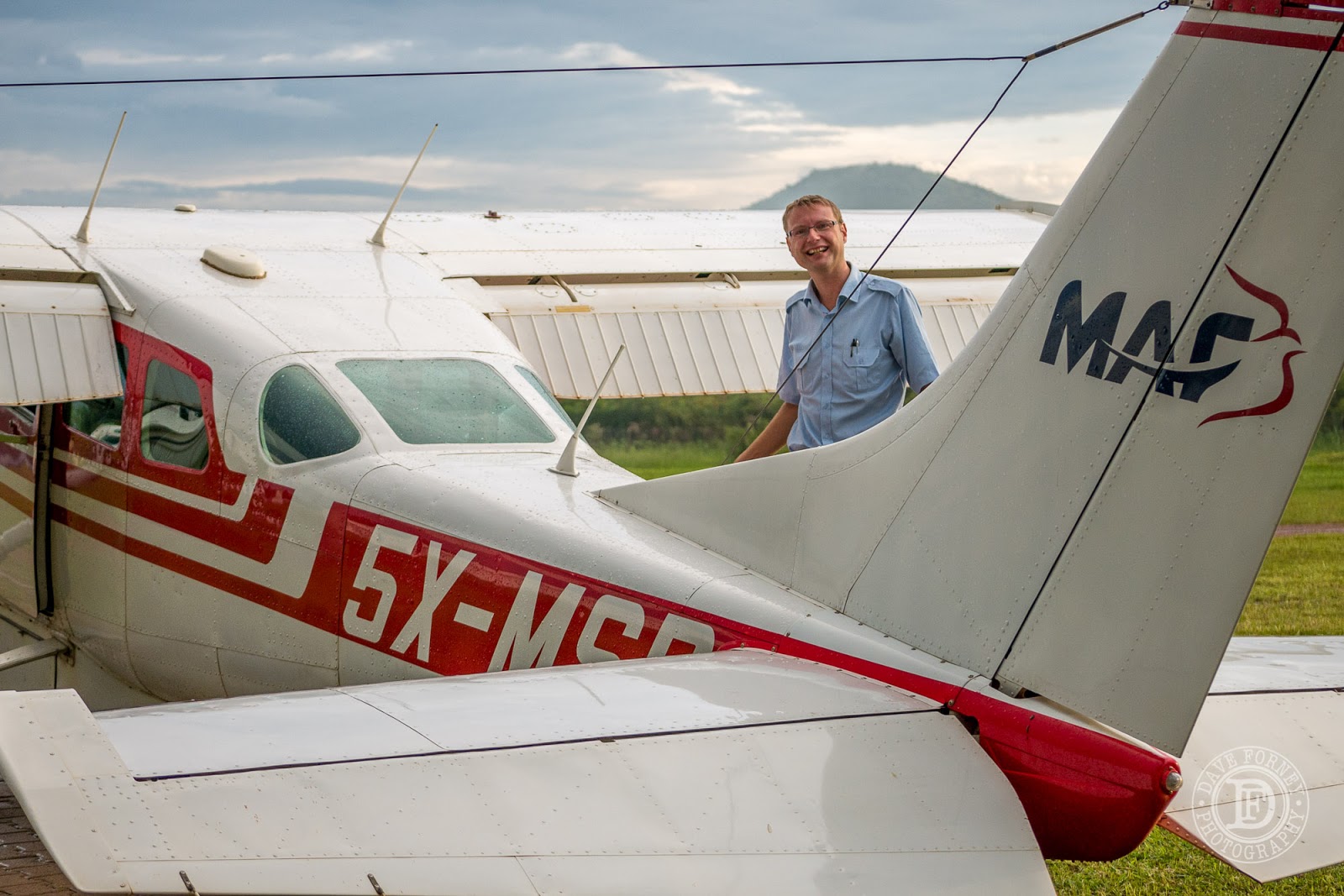 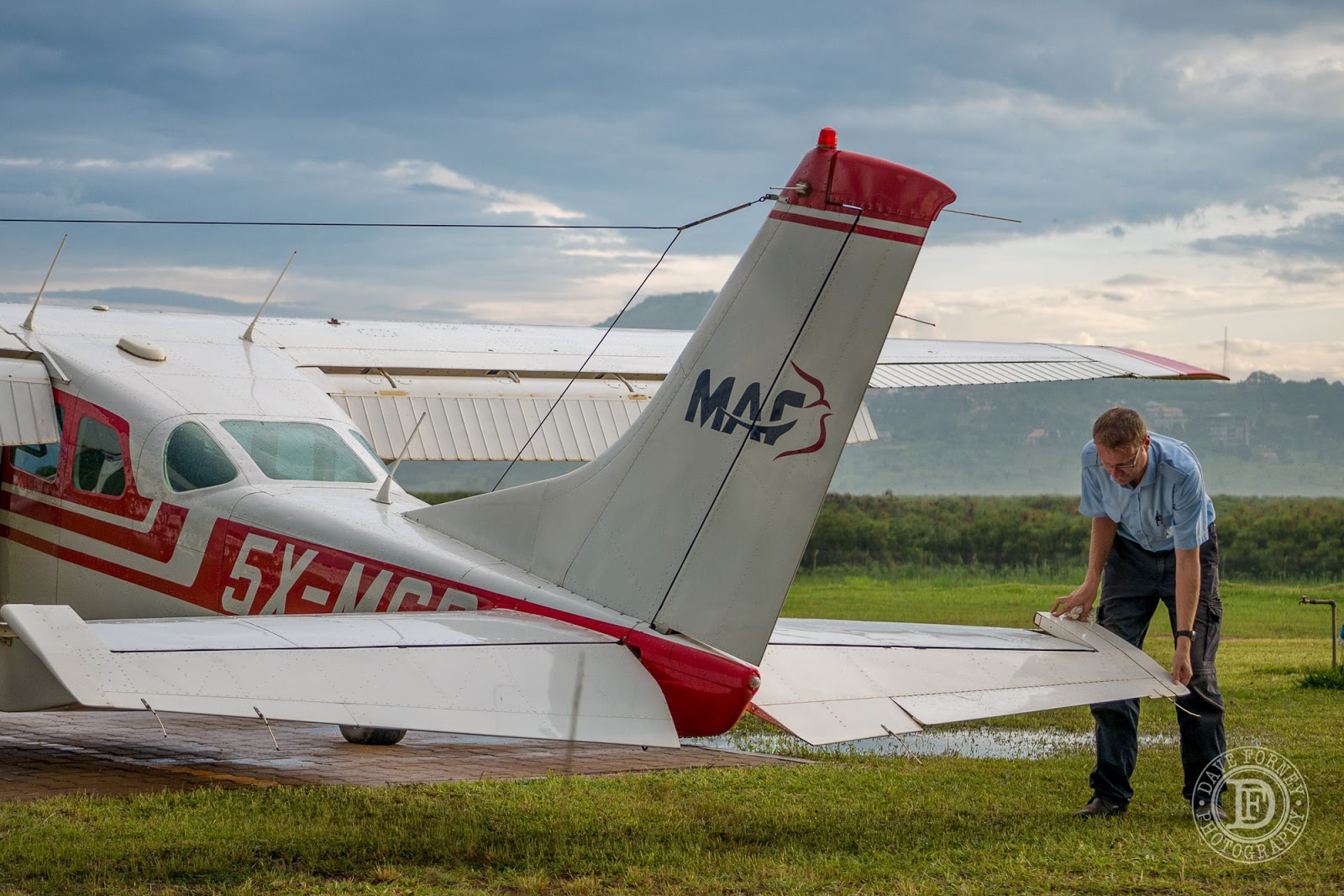 Here's one of the strips we landed at during the day.  Uganda only has three paved airstrips, and I'm sure South Sudan is similar.  So most of the strips are some form of dirt or gravel or grass. 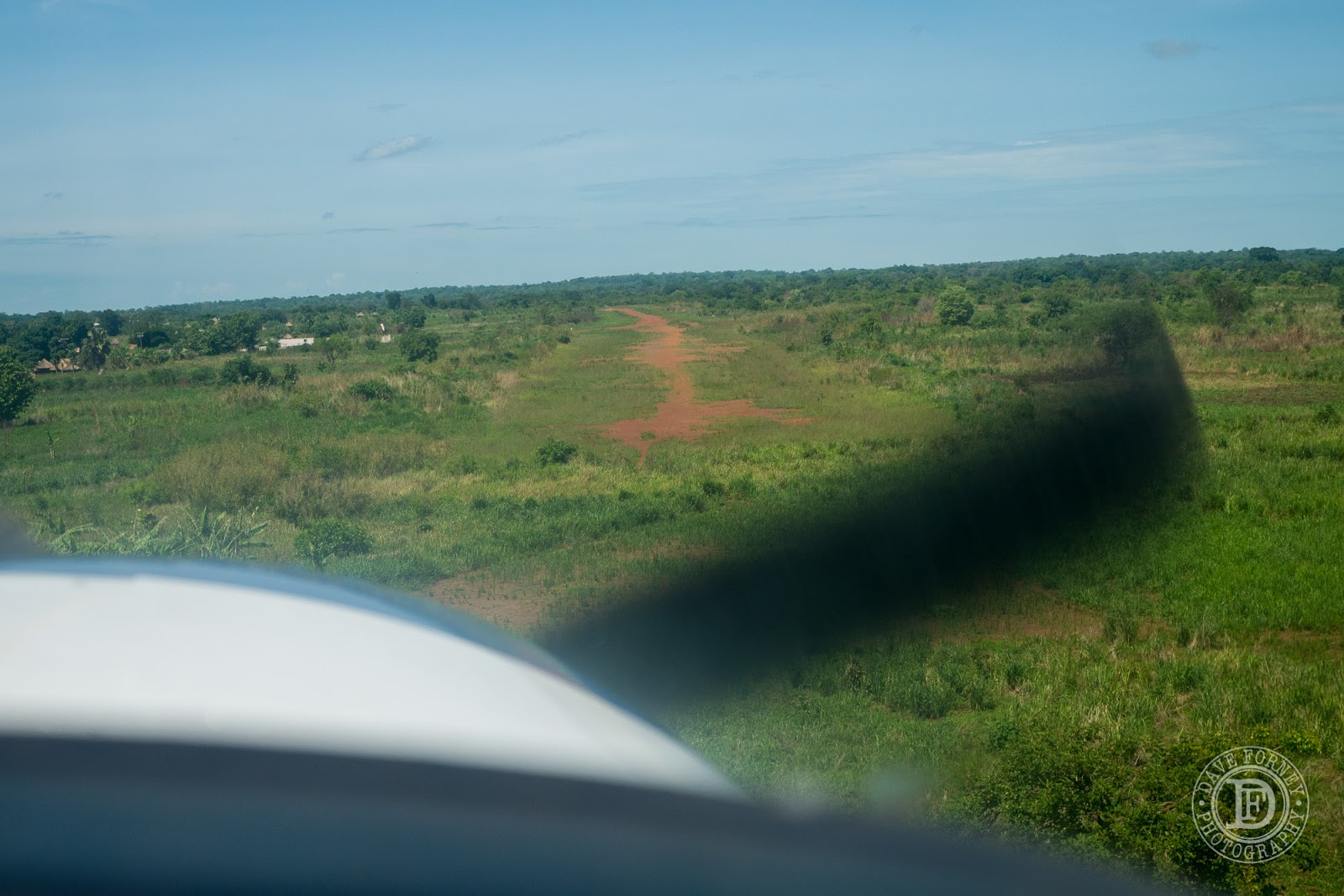 And here was one of our cute little passengers--the little girl, not Dallas.  They were on their way up to South Sudan, but there were several stops along the way, so they got in and out to stretch a few times, and take care of immigration concerns before leaving Uganda. 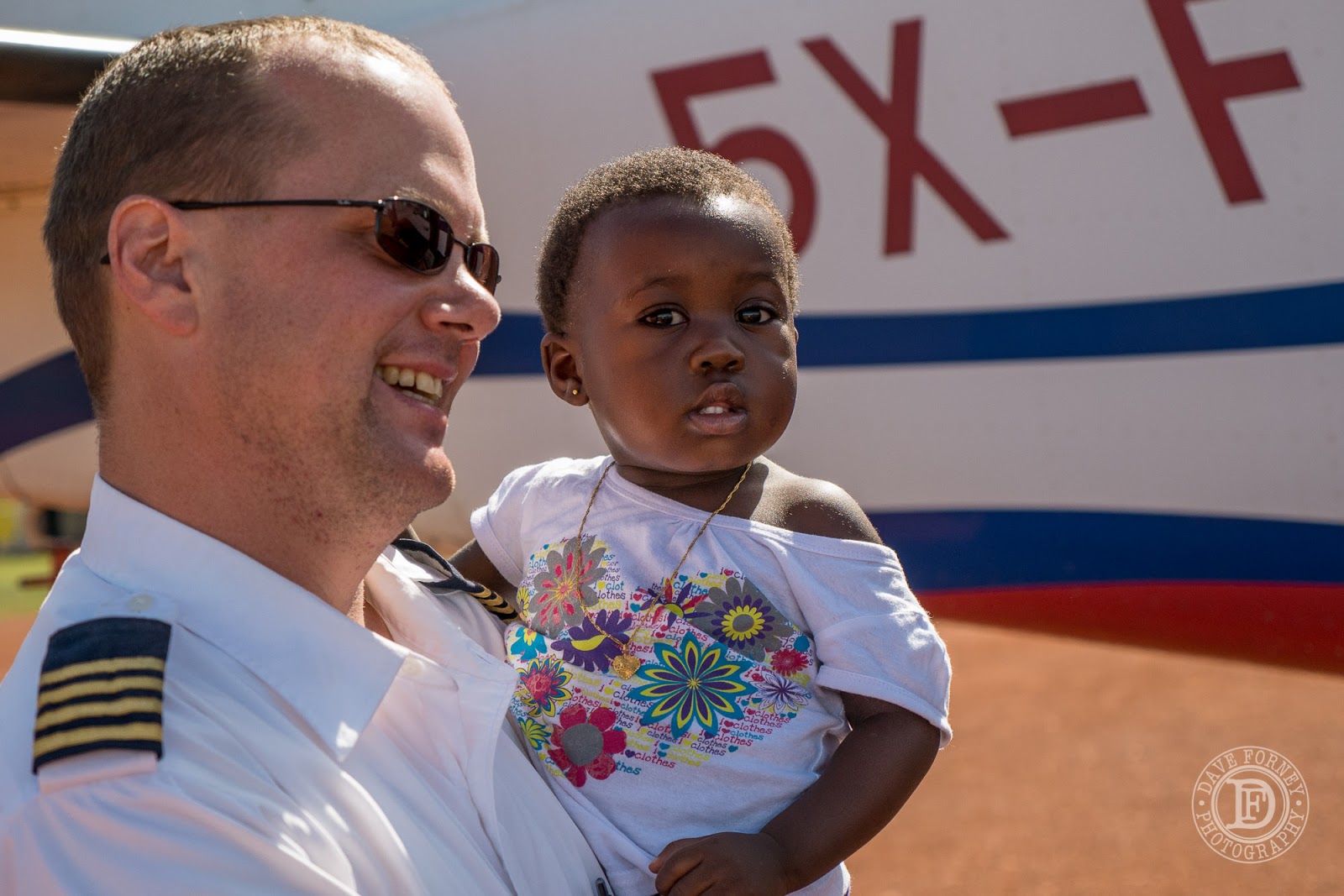 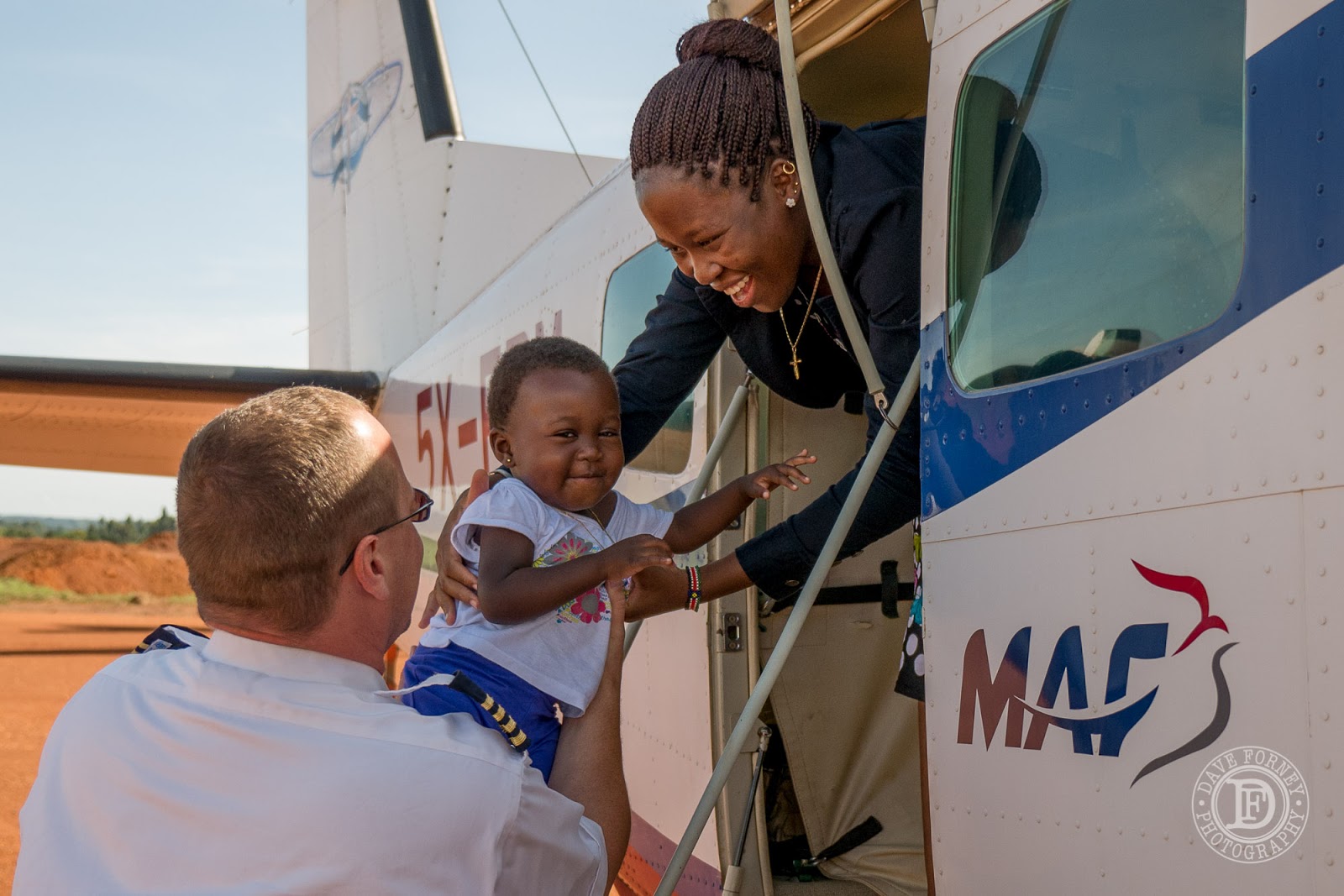 Here we are somewhere up in South Sudan.  MAF Uganda flies primarily ministry and NGO staff, so almost everyone on the aircraft is going or coming from somewhere where they were/are doing something significant to help the local people and share the love of Christ. 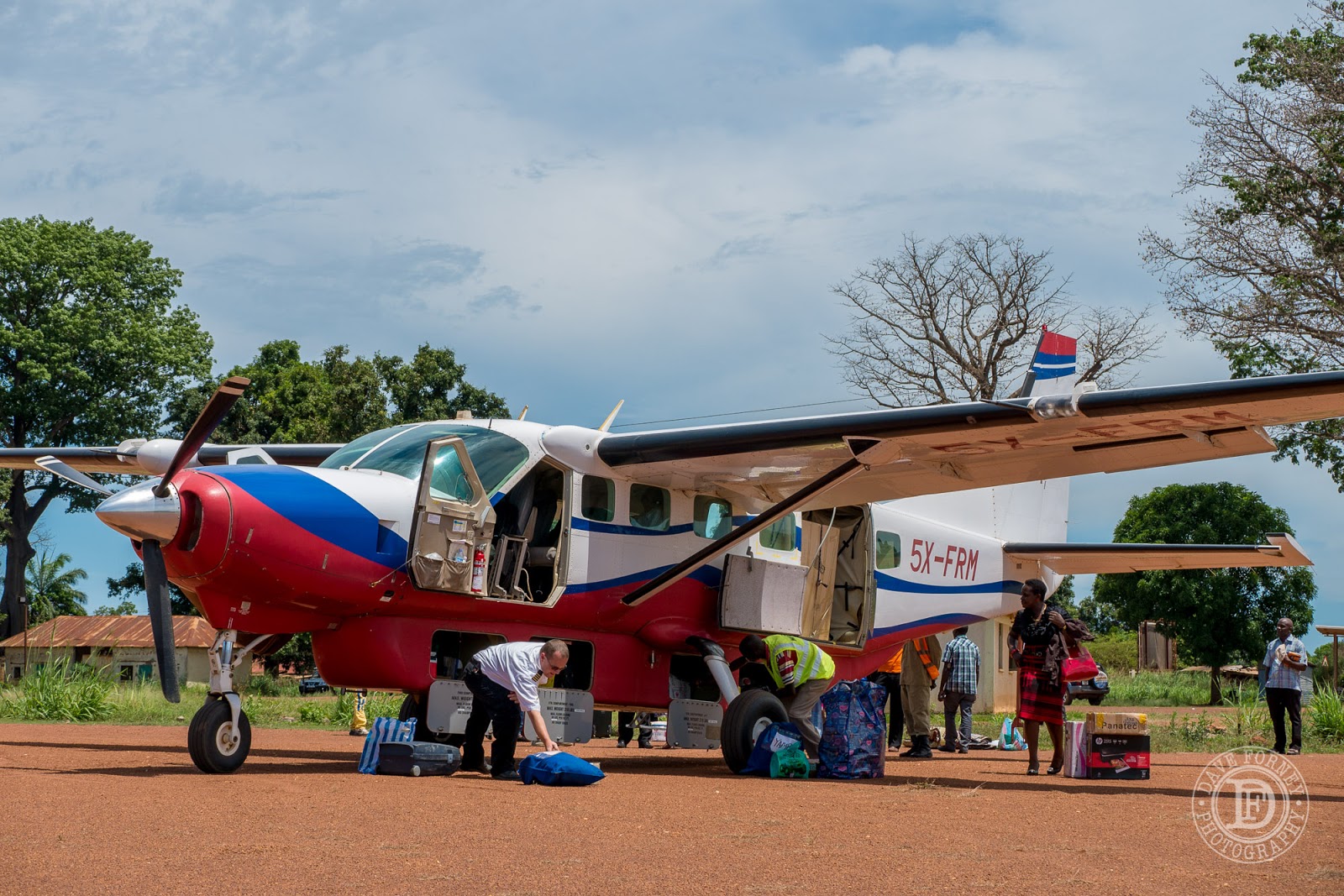 Twice we had to add some JetFuel along the way at one of the strips where MAF keeps a stockpile.  There's always someone with a big smile ready to help. 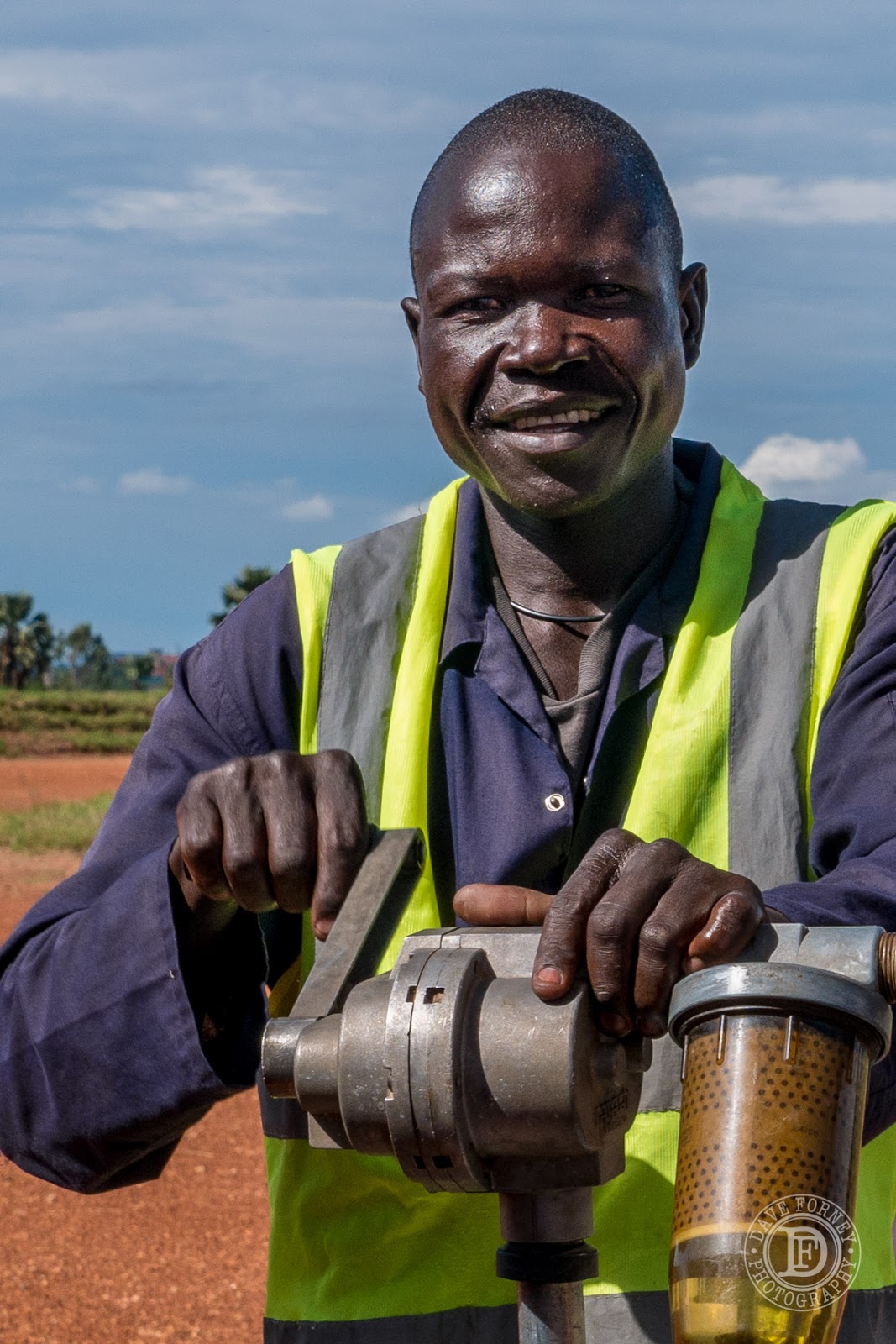 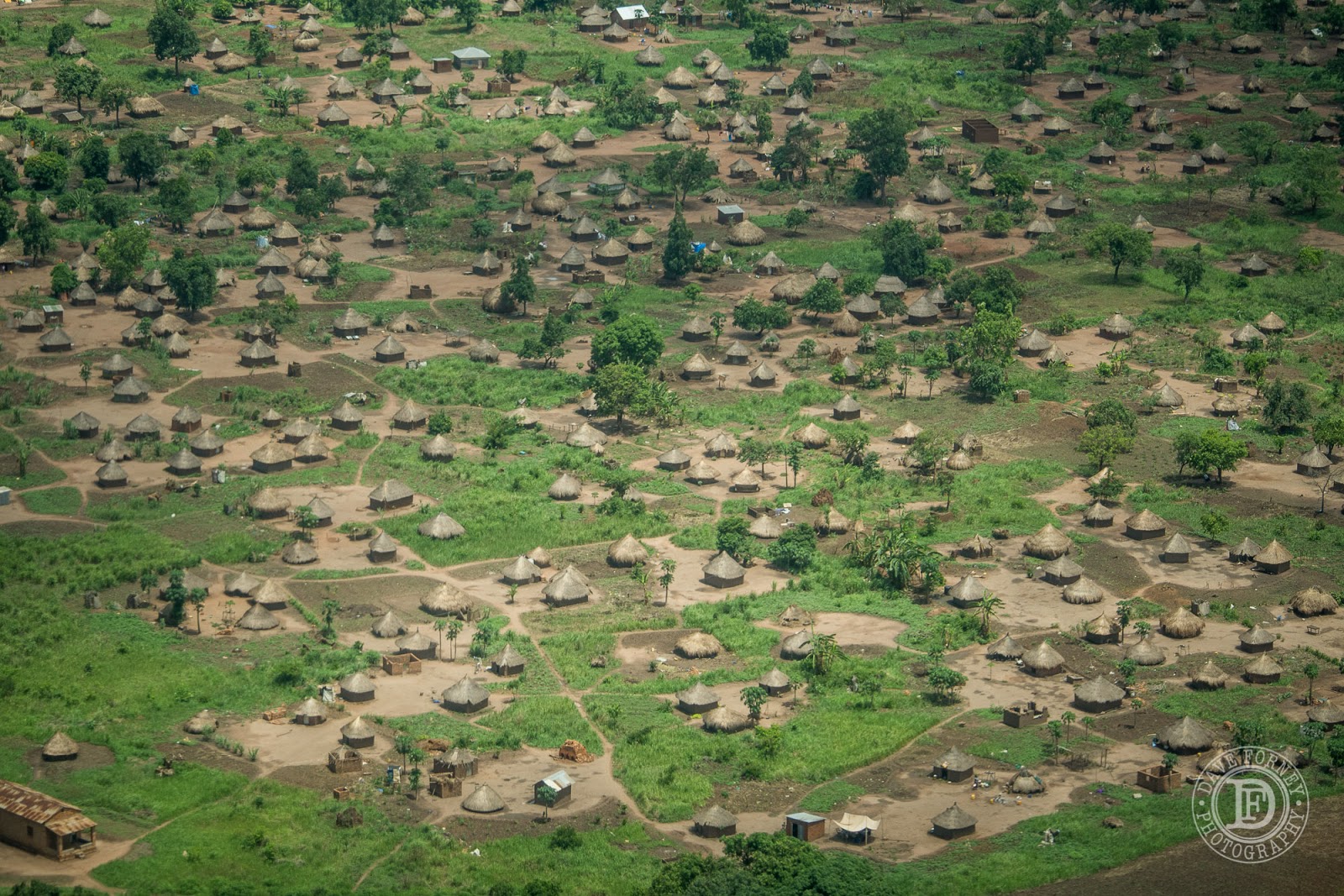 And here's a typical scene over the Northeastern part of East DRC. 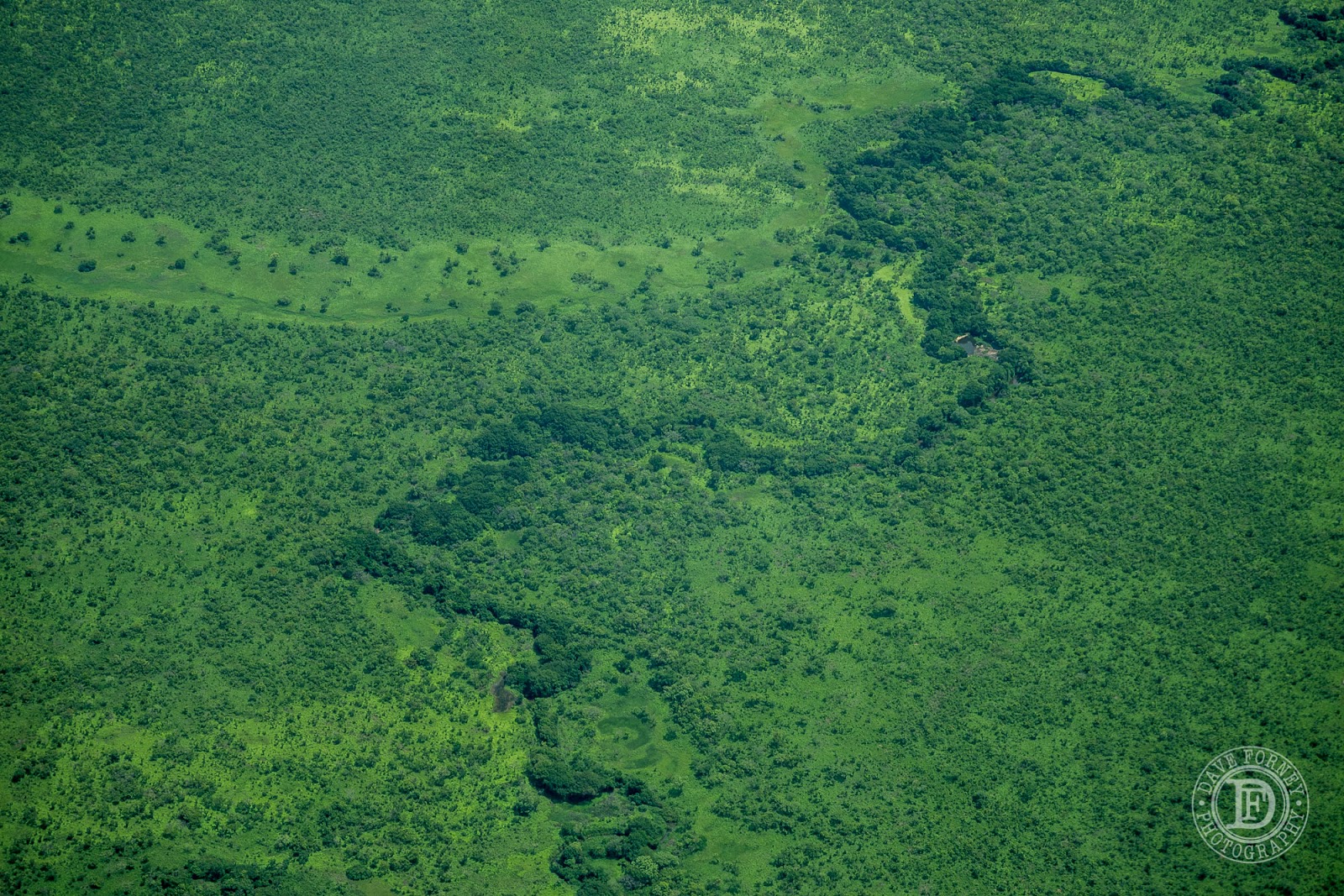 The leg back from South Sudan to Entebbe, Uganda was much longer than anything I typically flew in Kalimantan.  After about 2.7 hours we landed in Entebbe in the late afternoon where our passengers could clear immigration and catch connecting flights.  Then we hopped the 5 minutes back over to Kajjansi where MAF's little airstrip is.  Here's a view out over Lake Victoria to the South, which is gorgeous from the air, but rarely seen from the road we travel.  This is right near the MAF Kajjansi airfield. 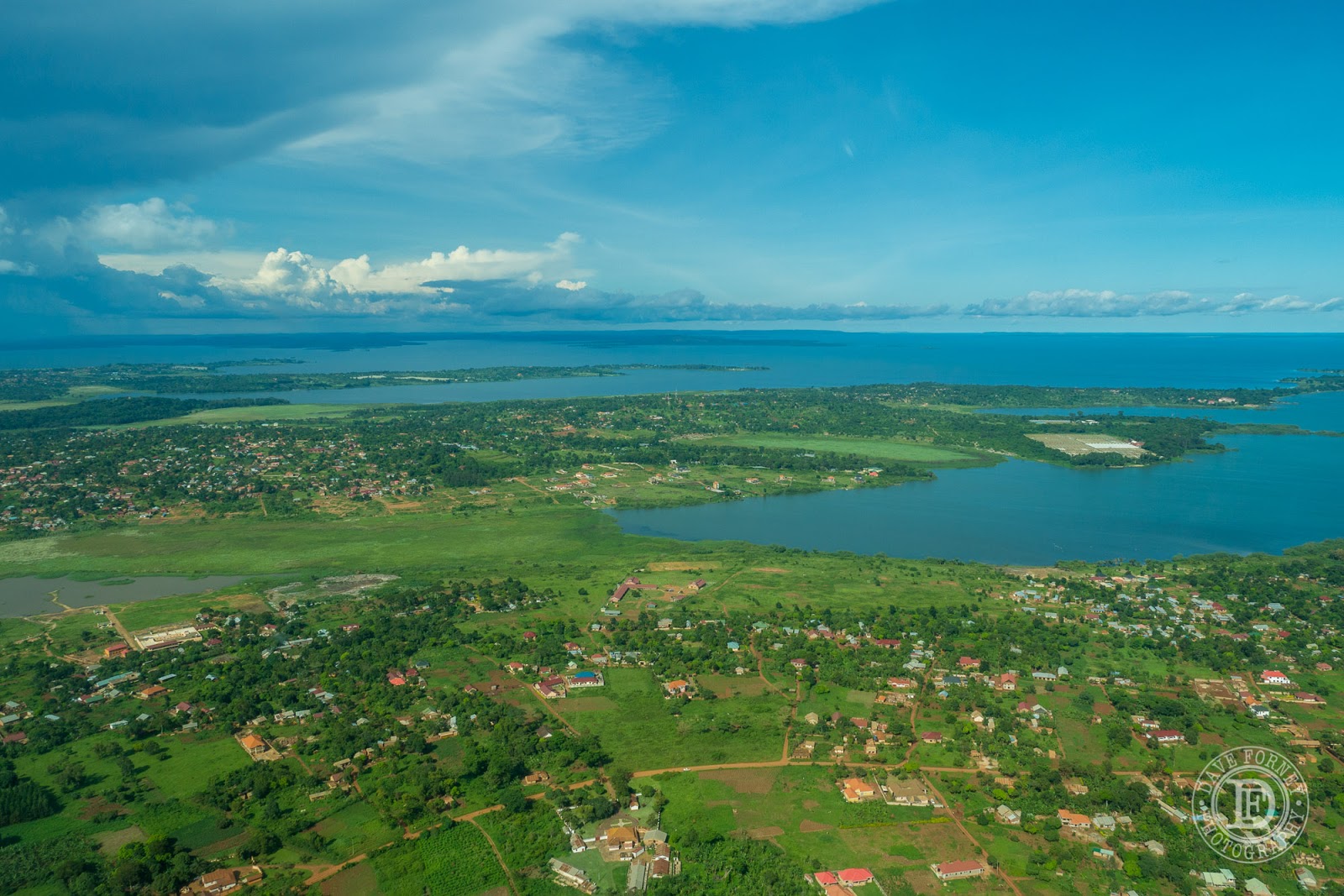 And here we are back at MAF's home strip.  MAF's hangar is down at the far end.  The other airplanes and little hangars you see are private operators and flying clubs that use the field as well. 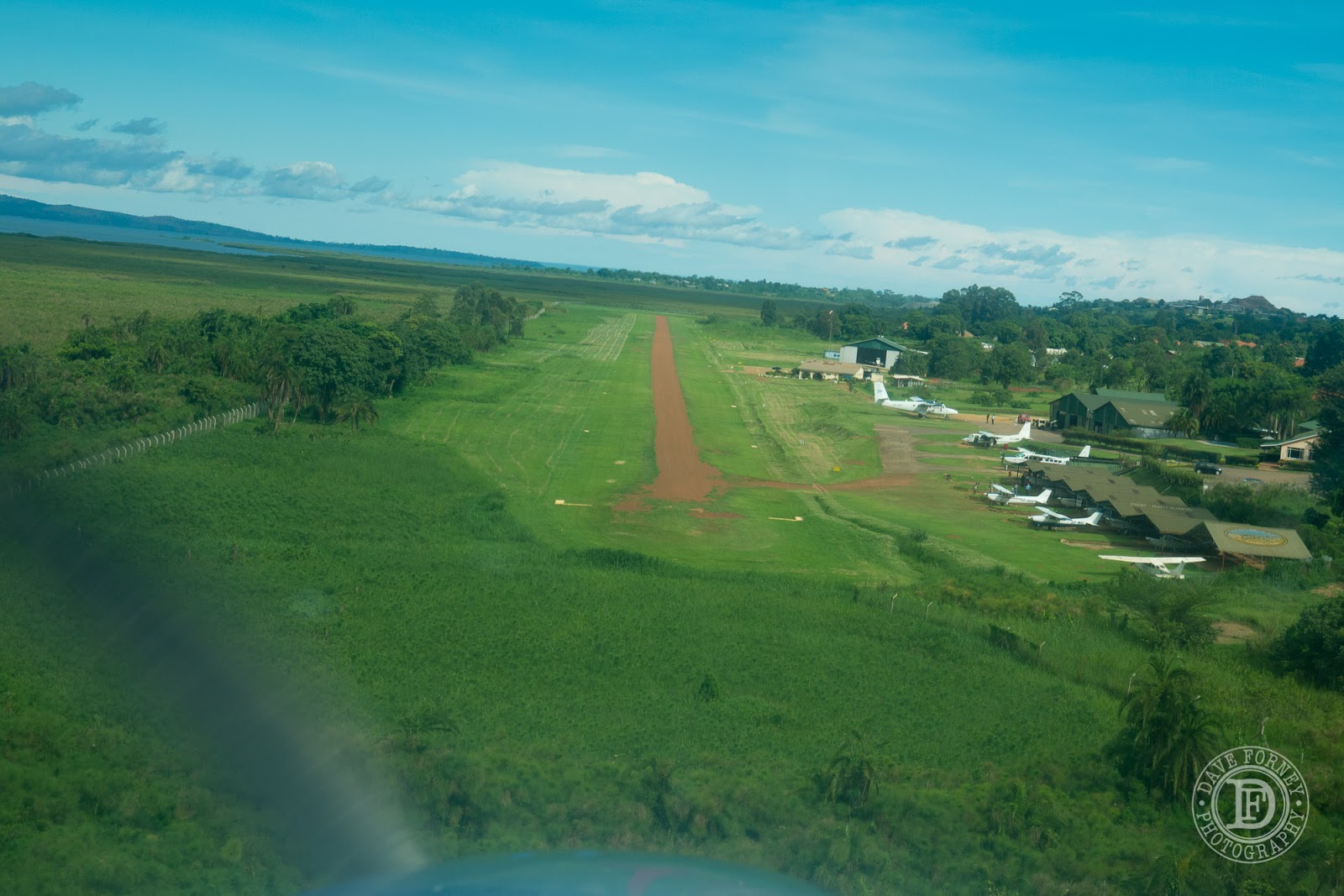 After doing post-flight and more paperwork, we drove the hour or so back to the office in Kampala.  Traffic was very heavy, as the long Easter weekend was starting, so we took some "short-cut" roads.  I should have taken some pictures of that, but I was hanging on with both hands.  I'm telling you, the roads here are pretty crazy and many of them would be almost certainly impassable without 4WD.  I'll get some good shots of those sometime so you can appreciate them better.
Posted by Dave at 8:56 AM

Great to see some familiar planes and places! You think the roads are bad in Uganda...just wait until you get the pleasure of overnighting in Congo! Happy flying, it's a beautiful place with wonderful people.