Last week we were invited to attend the MAF EDRC team conference, which was held over here in Uganda.  We're not actually part of the East Congo team, but our Uganda team works closely with them, and they have some team members stationed here in Uganda who do the maintenance on the East Congo planes (they fly their planes over here whenever they have inspections or heavy maintenance due). 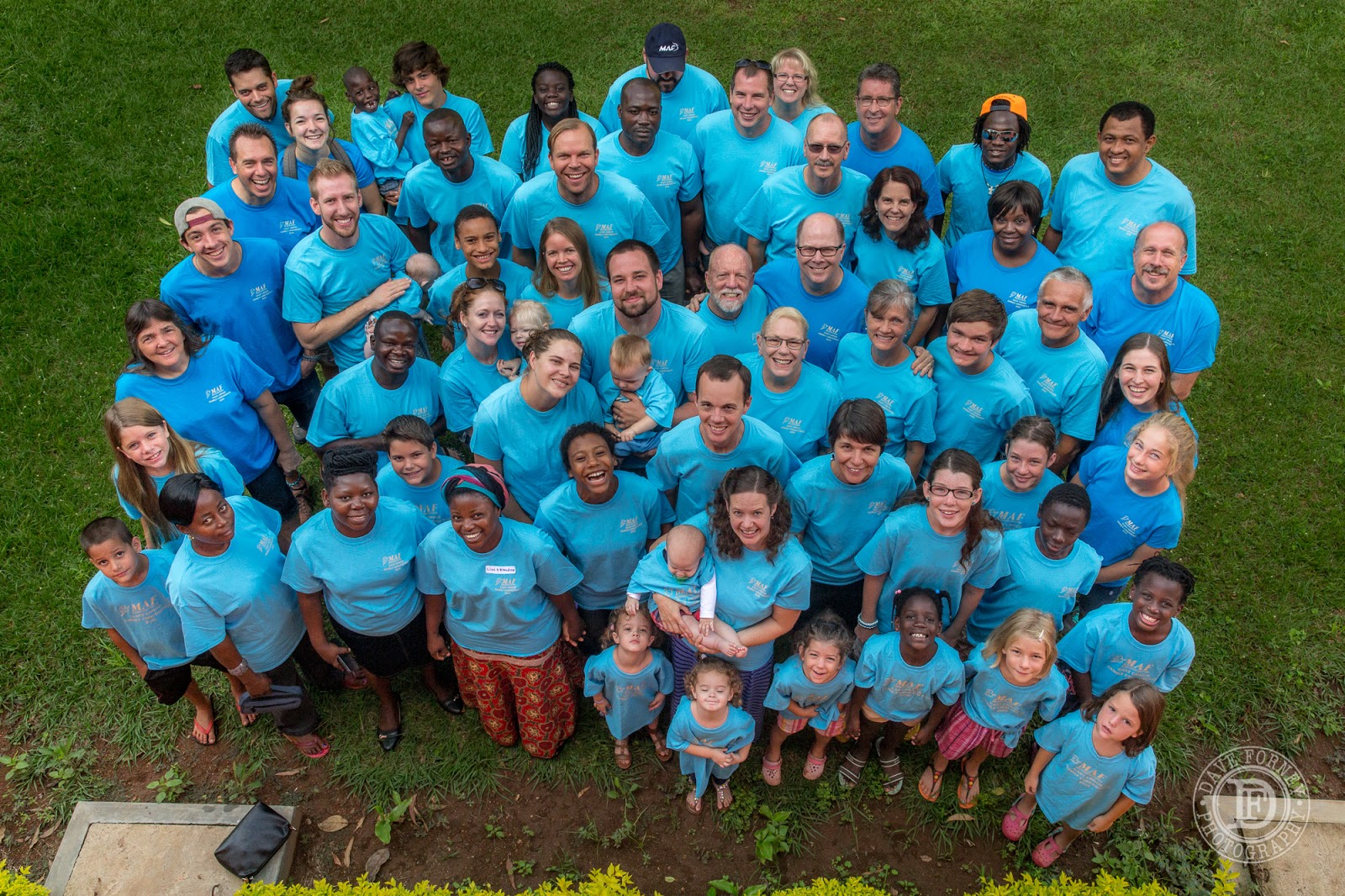 So, all of that to say, they kindly invited us to join them, and we had a wonderful, encouraging time!  Above is a group shot of the EDRC team, along with the Rogers (the other U.S. family serving here on the Uganda team) and us, and the Rose Drive Church team that came over to do the speaking, worship and childrens' programs.

There were a lot kids there and they all had a great time! 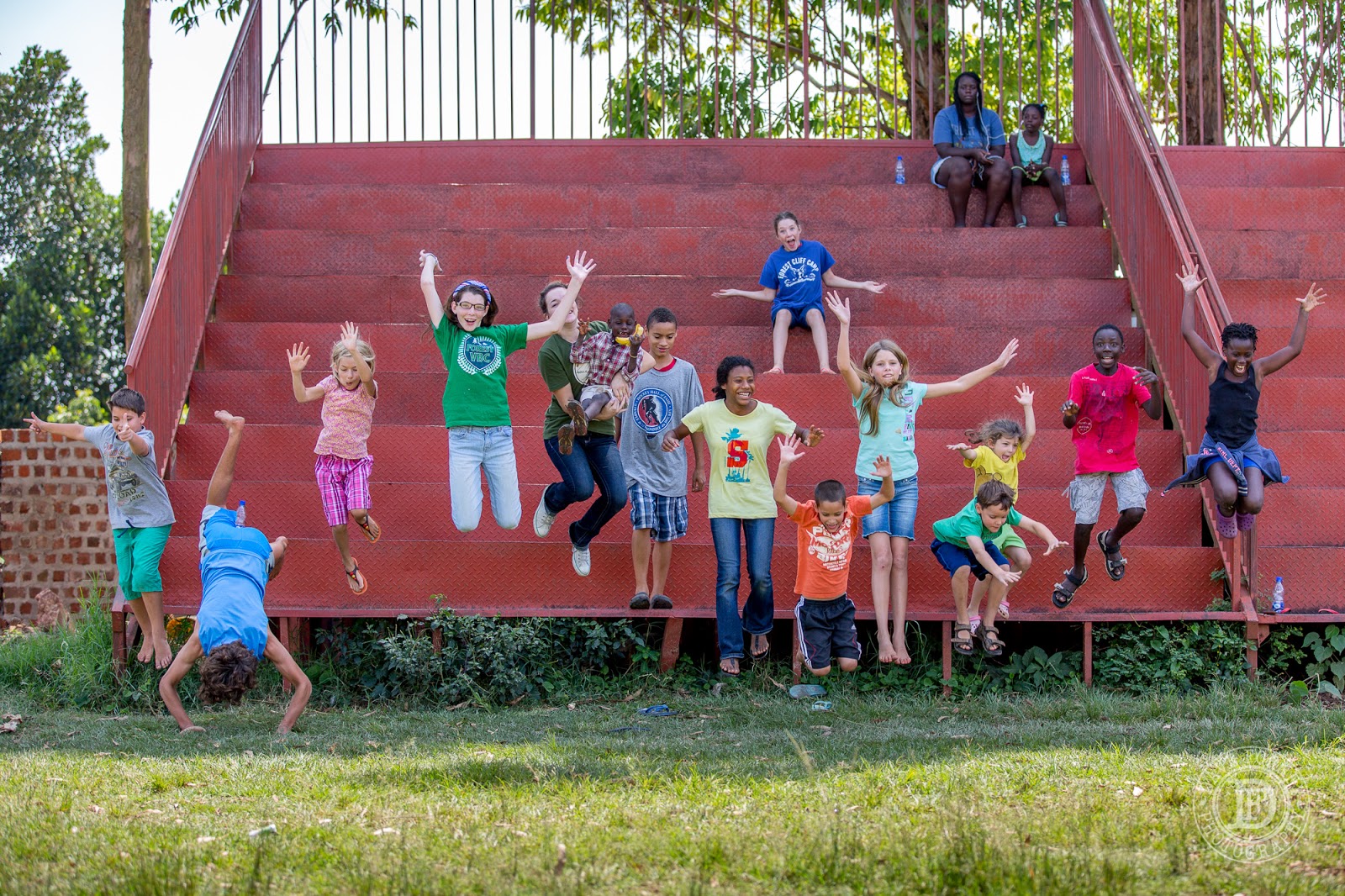 There were plenty of outdoor activities to fill in free time--including a frisbee, an aerobe, a soccer ball, volley ball, a swimming pool, and this little "football".  Our oldest son, Britt, has grown into quite the leaping, jumping athlete, who, by the way, rarely wears shoes. 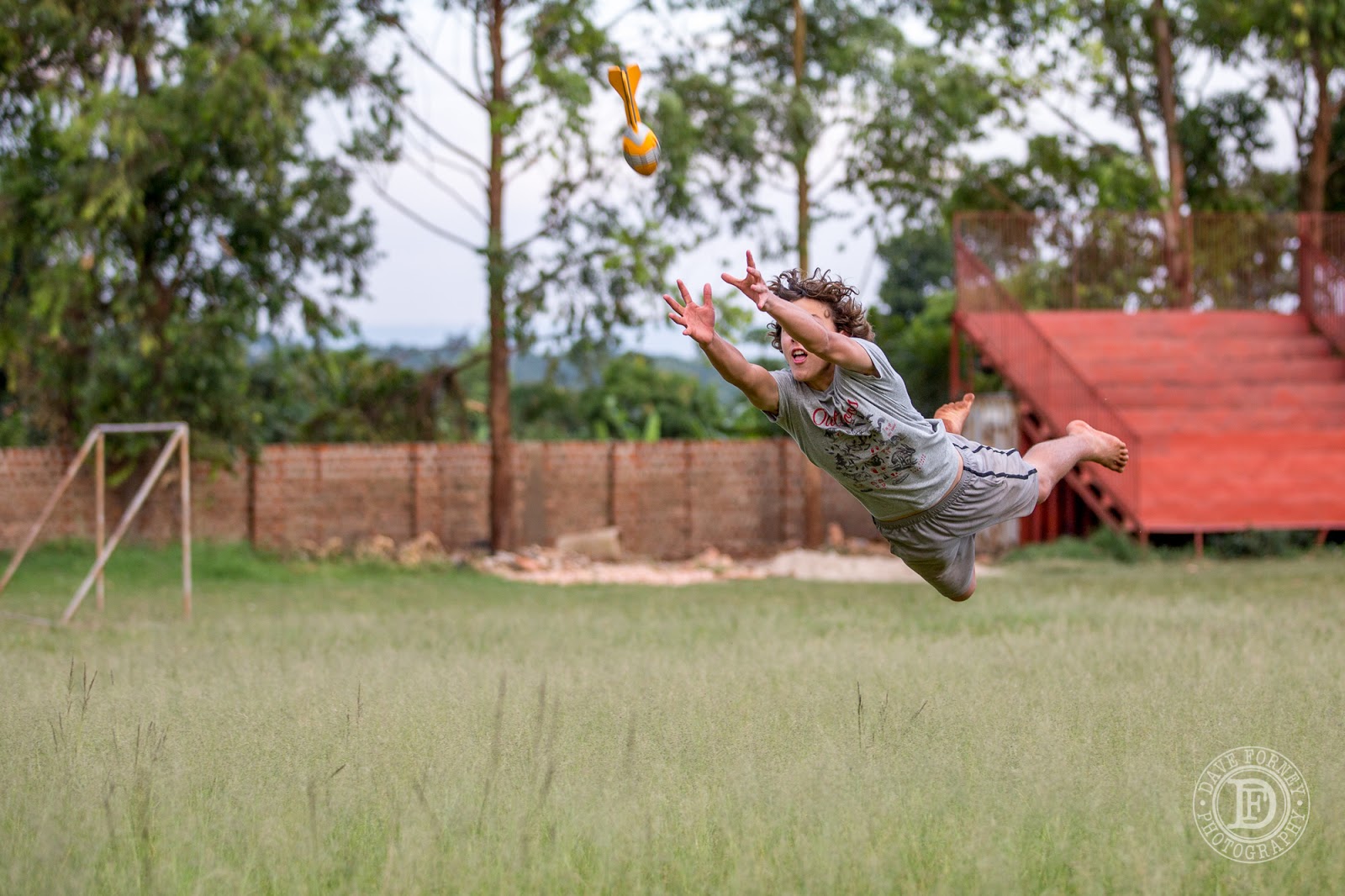 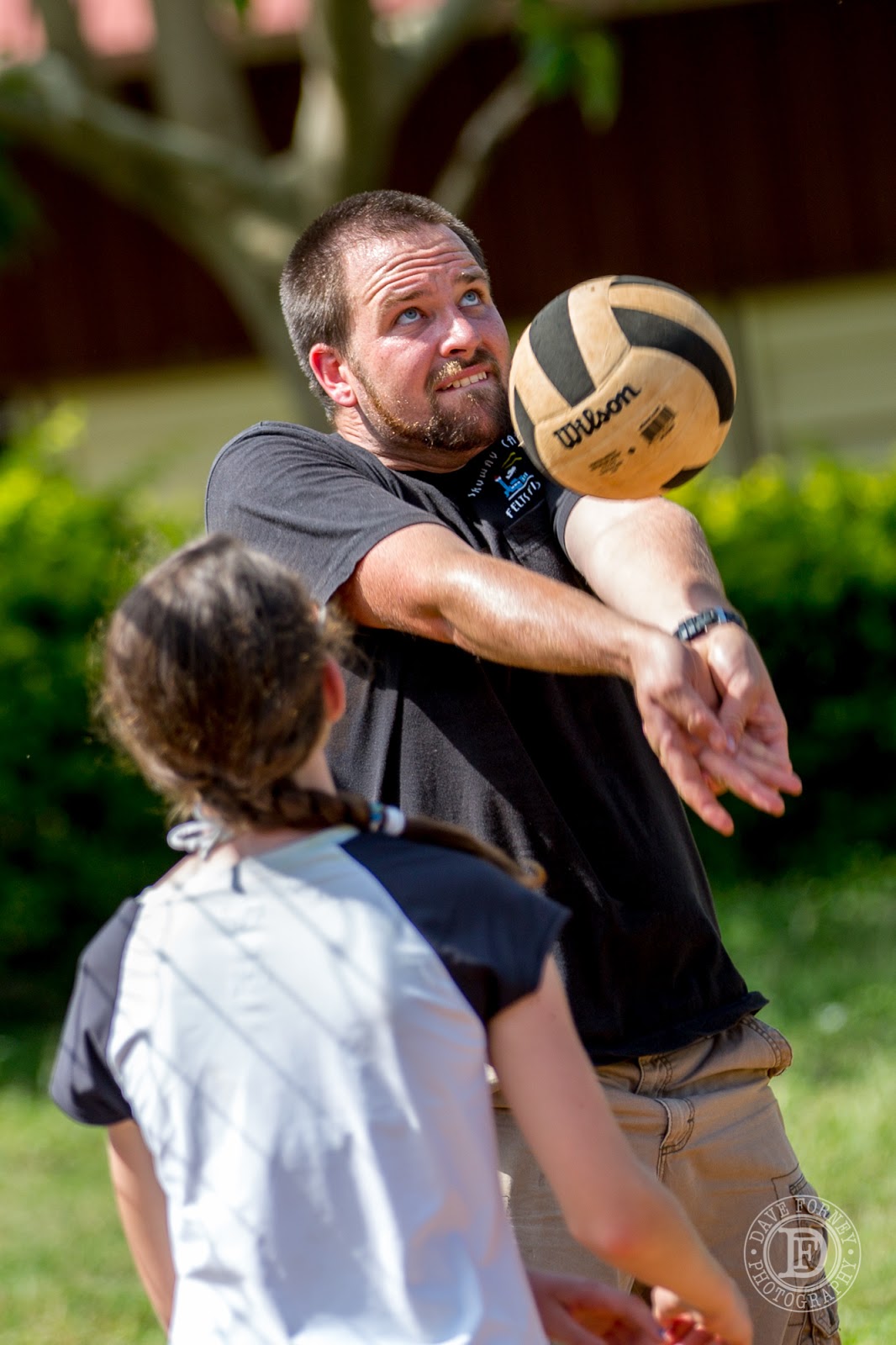 In addition to the teaching and VBS stuff, the Rose Drive team brought plenty of cool craft activities for all the different ages kids.  Here they are making parachute chord bracelets.  How fun is that? I want to make some! 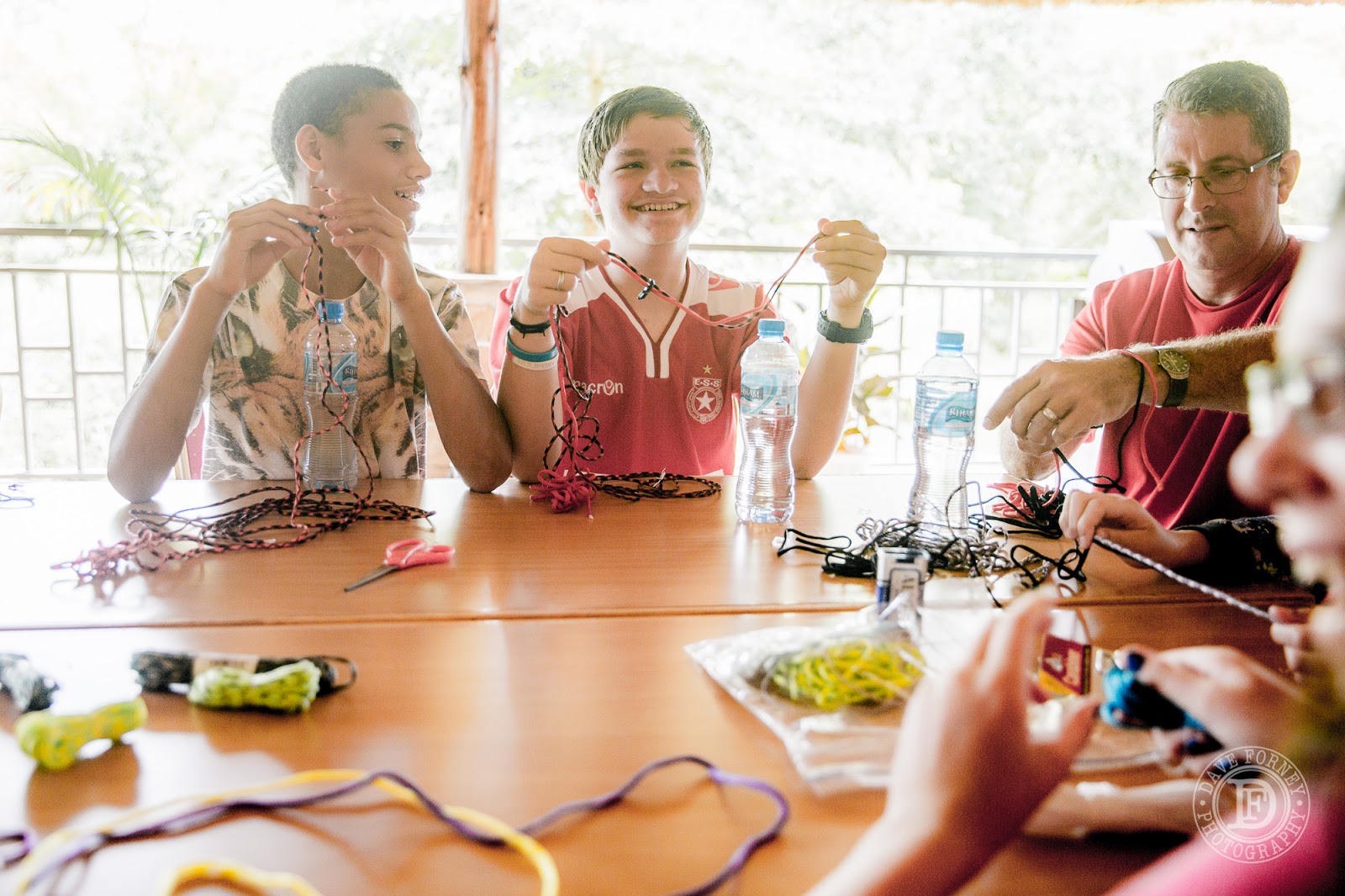 They also paid for all of the kids to take a pottery class at the little pottery school that was at the place  where we were staying.  Even our little foster boy, Gift, (who has cerebral palsy and struggles with coordination, and is also deaf) was given the opportunity to make a bowl (with a good bit of help from the Rose Drive Team).  It was so fun to see him so focused on "painting" it.  He was very excited about that project! 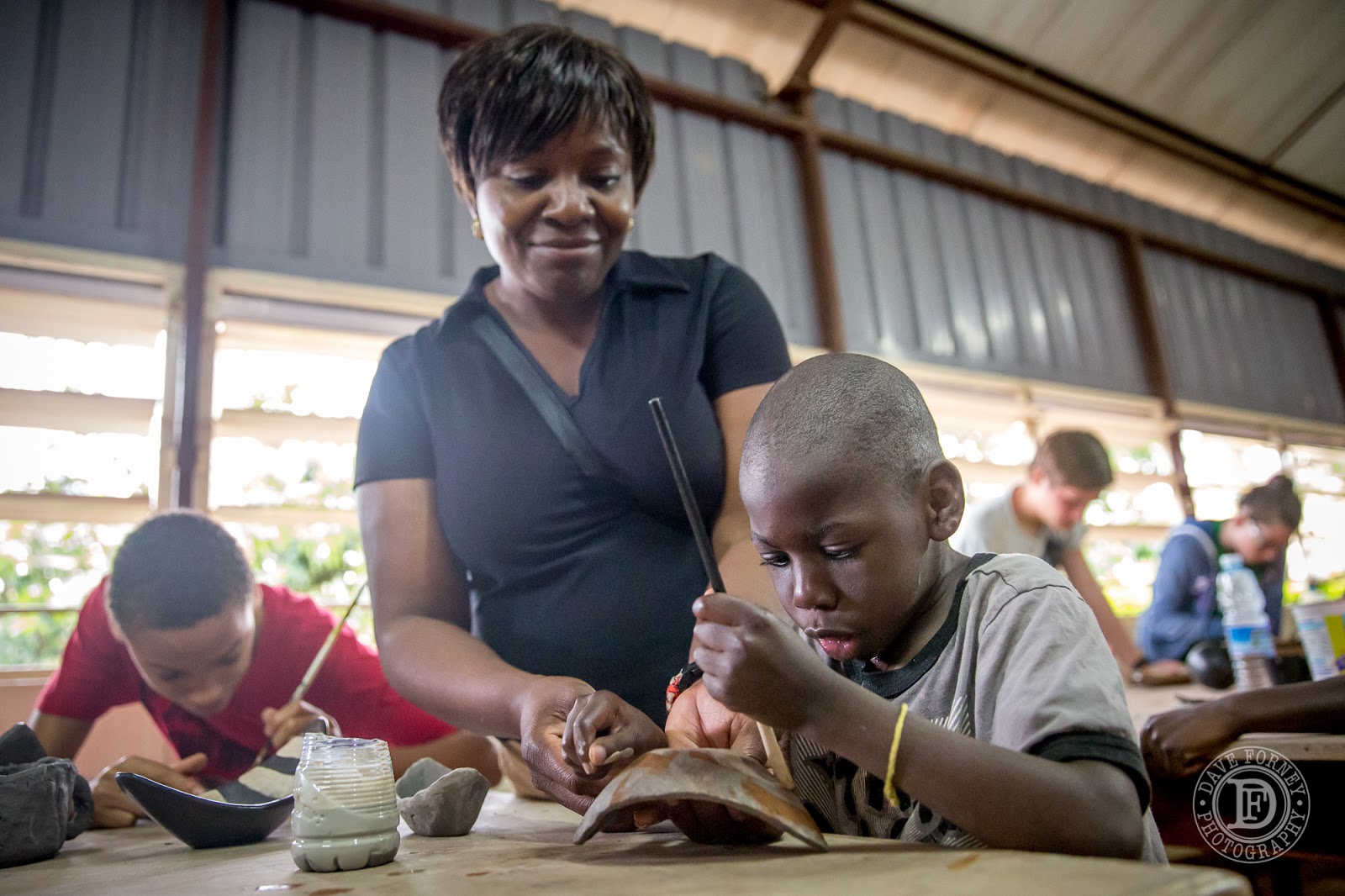 Gift actually had the time of his life, as he was getting tons of one-on-one attention from the Rose Drive Team, as well as the other kids and families.  He's often a favorite wherever we go because of his huge smile, and his love of life. 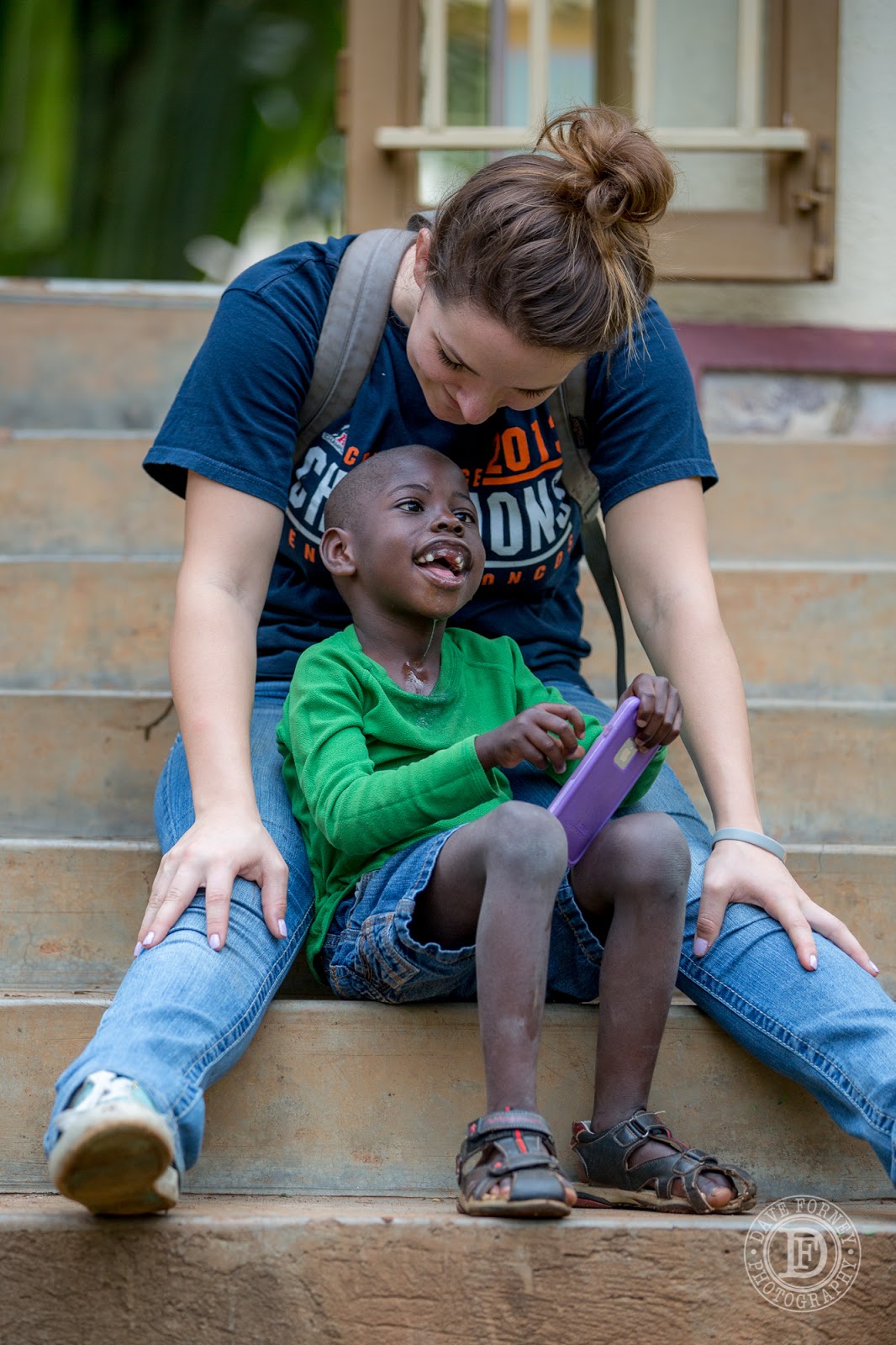 Here's a picture of the Rose Drive Team.  Britt just happened to "photo bomb" the shot with perfect timing. I never saw him coming as he flew through the air seemingly out of nowhere.  The team thought it was hilarious. I did take another one afterwards, without Britt, but this one does make me laugh. 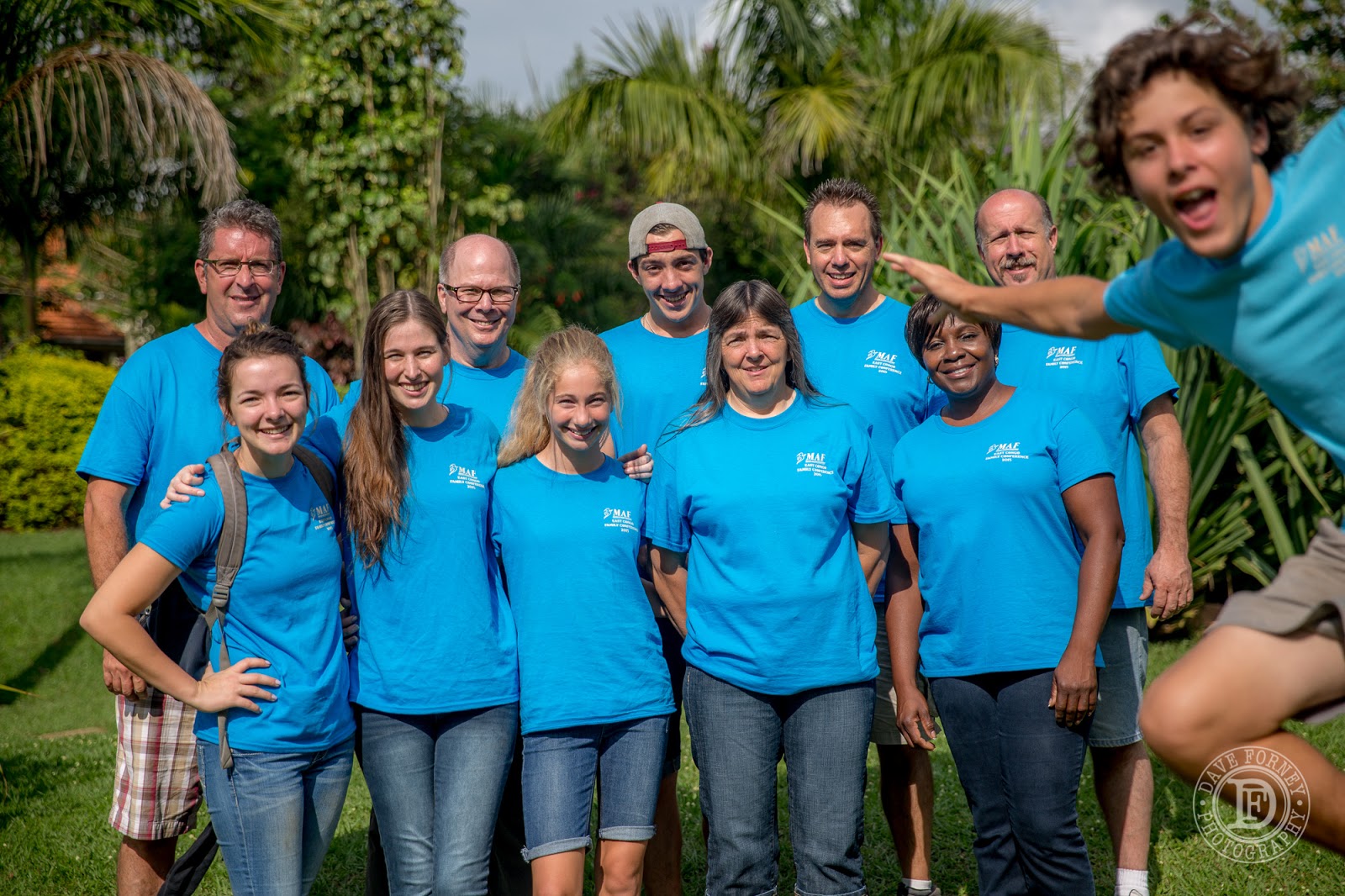 One evening we had a talent show after a bbq dinner.  Some of the "talents" were a bit short on talent, and heavy on humor.  We all had some good laughs! 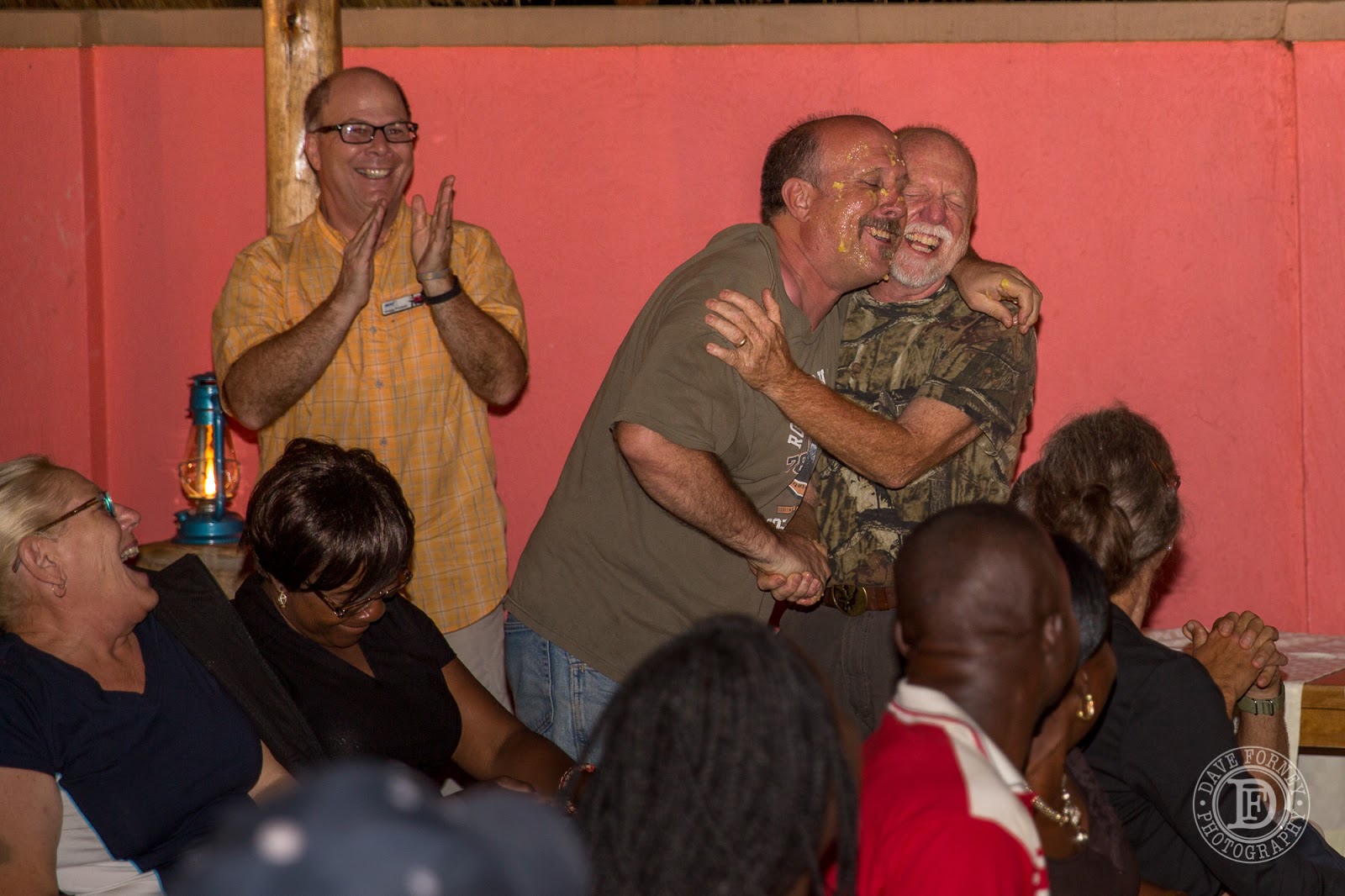 We were supposed to have a campfire one evening, but due to rain (there's been a lot of rain lately) it got cancelled.  They re-scheduled it in the afternoon the last day of the conference.  Hotdogs and marshmallows for an afternoon snack. :-) 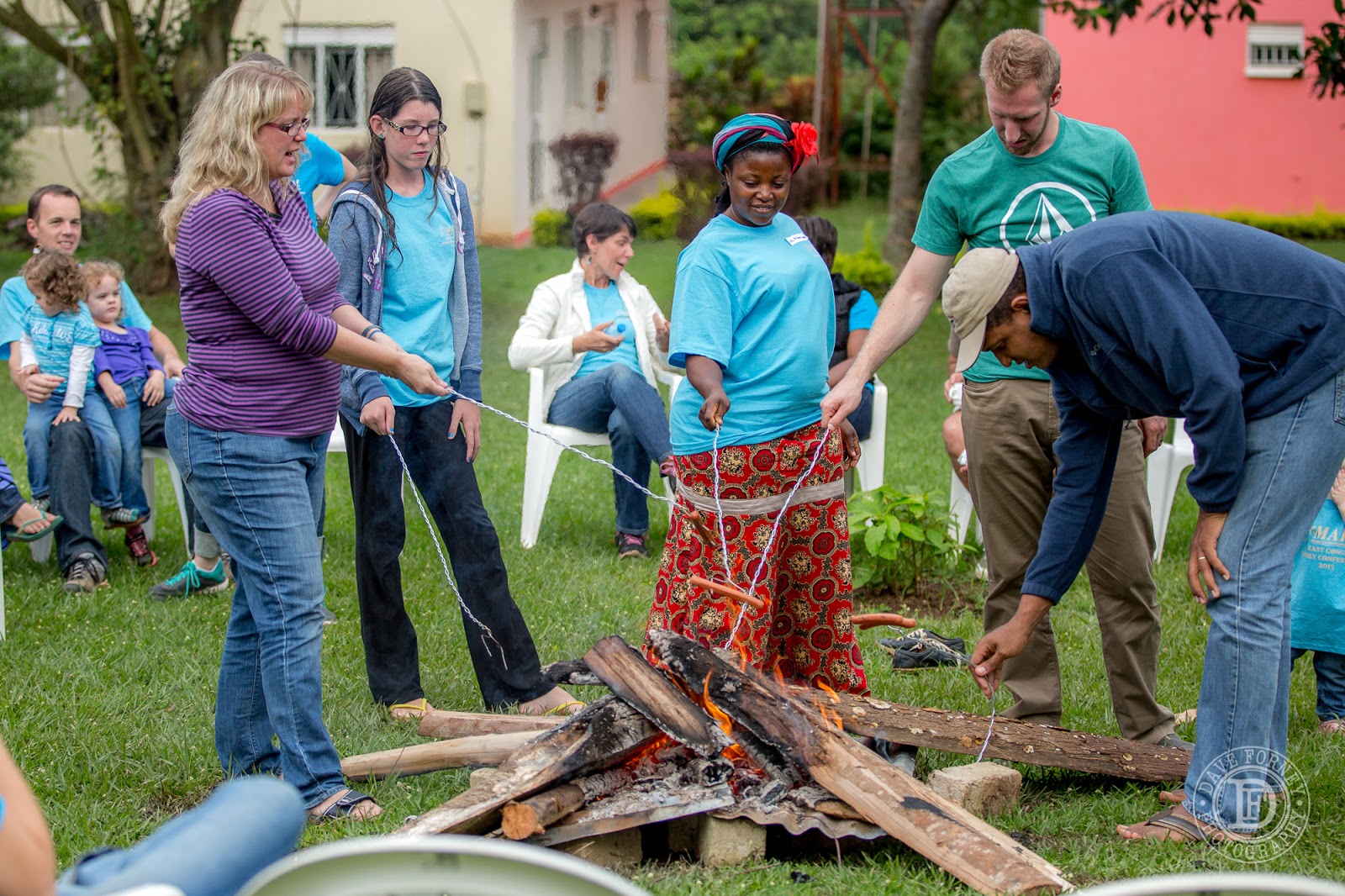 There was lots of other stuff too.  But for Joy and me, we especially enjoyed and soaked up the great fellowship, teaching, and worship. 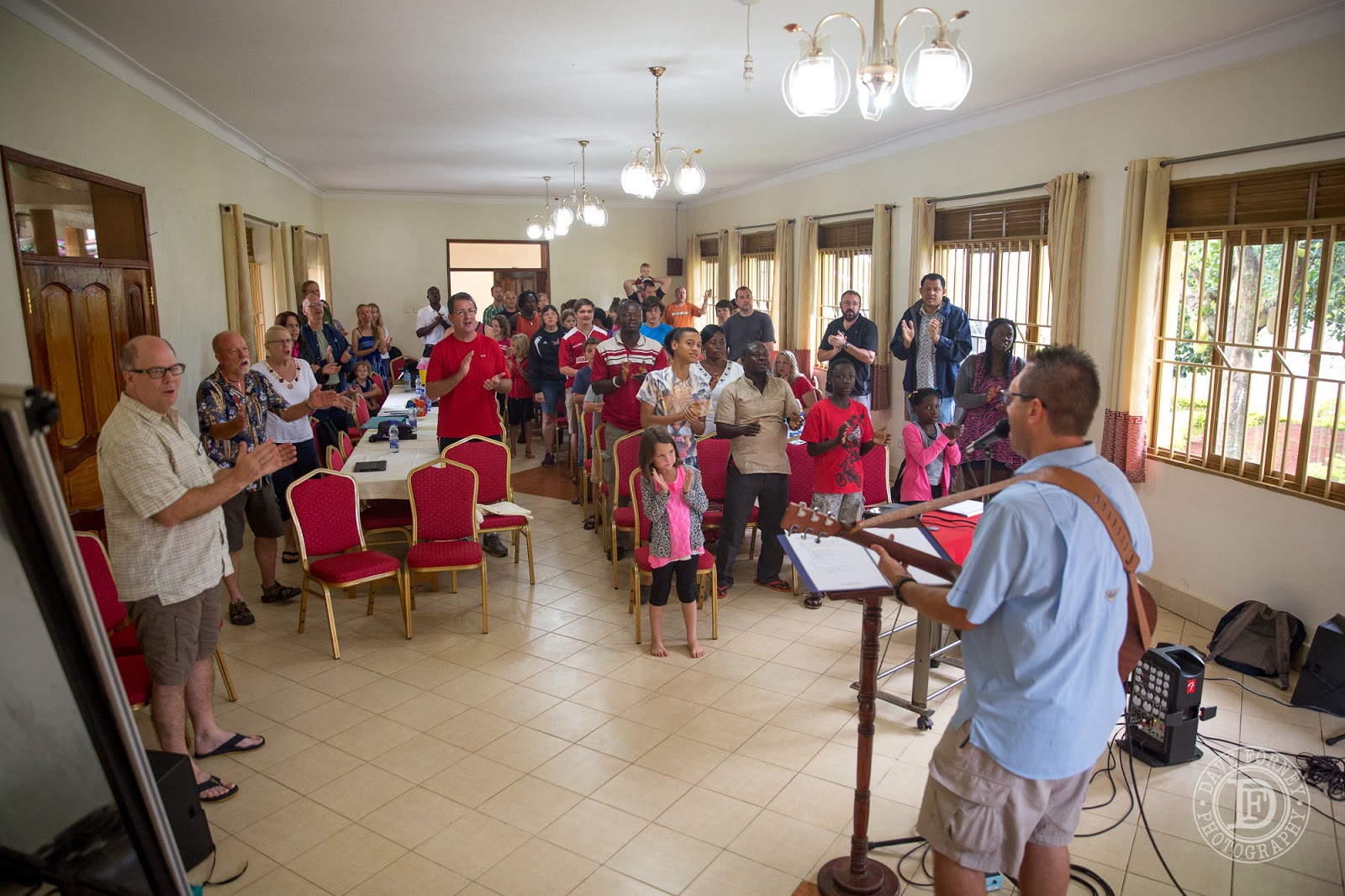 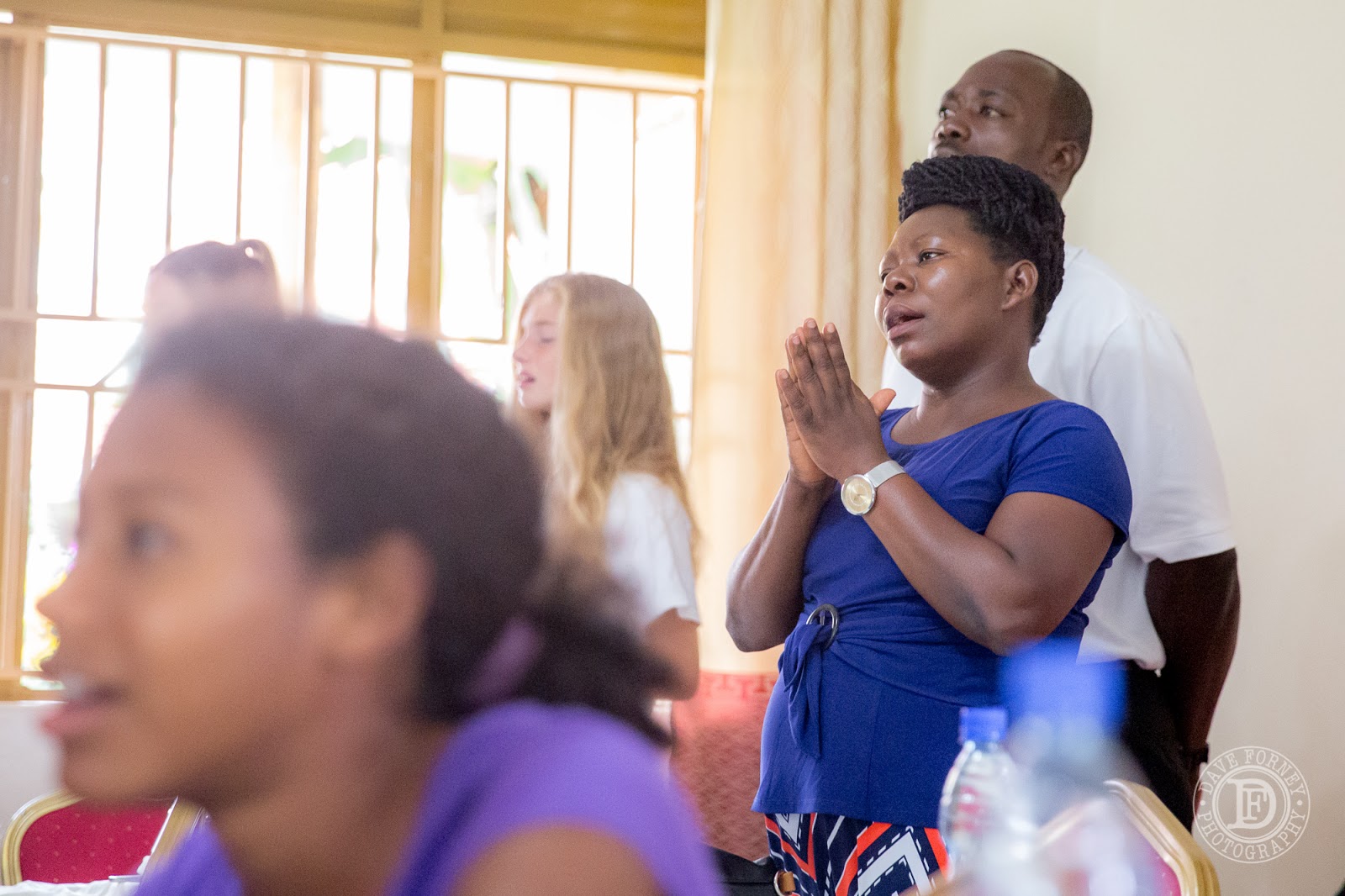 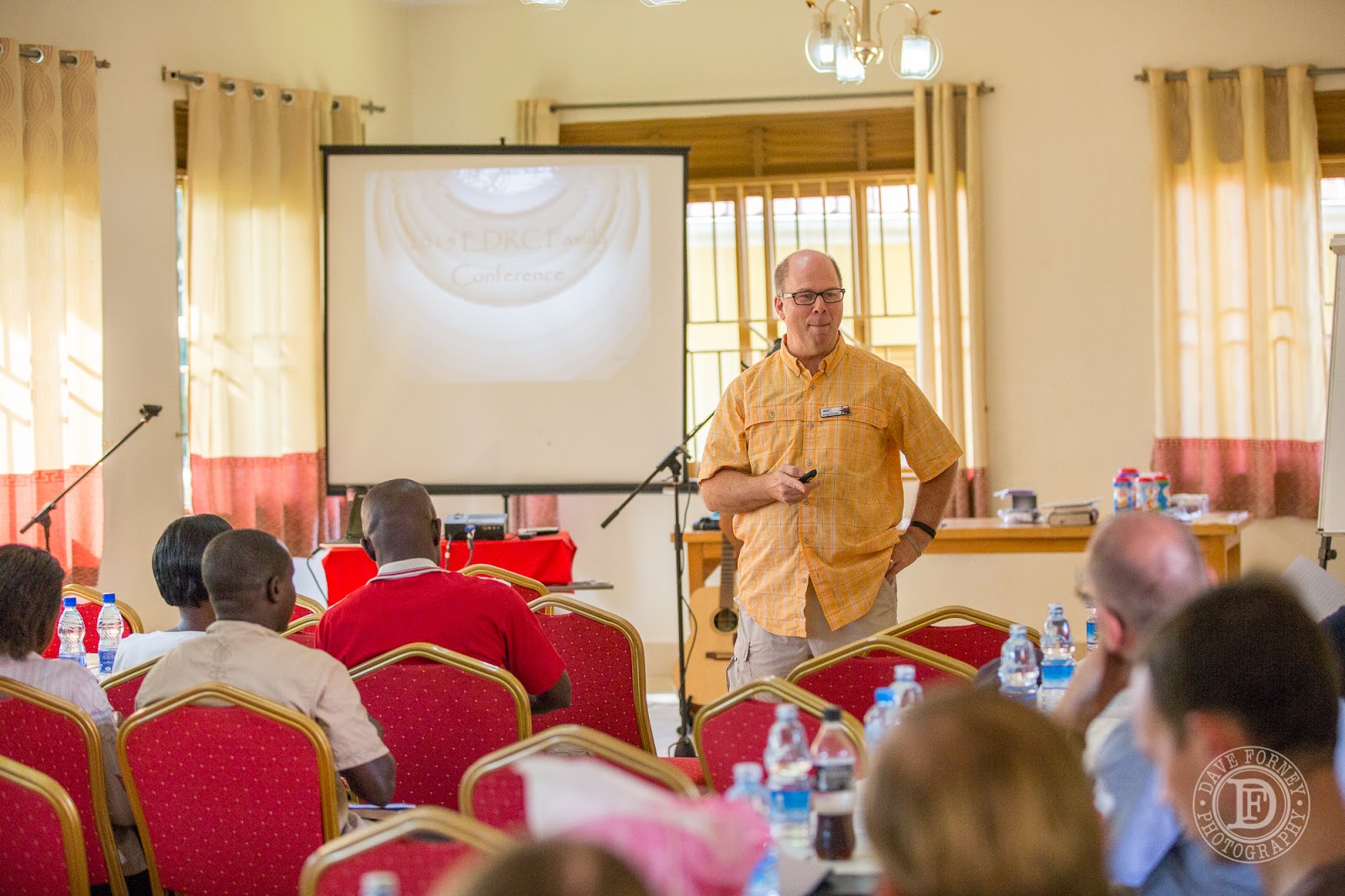 Of course, the treats from the U.S. that the team kept handing out every day--well, those didn't hurt either.  They've obviously done a number of these conferences before, since they seemed to know exactly what to bring to bless all of us.  And its a proven fact that missionaries can focus better and learn more while munching on treats. Haha :-) 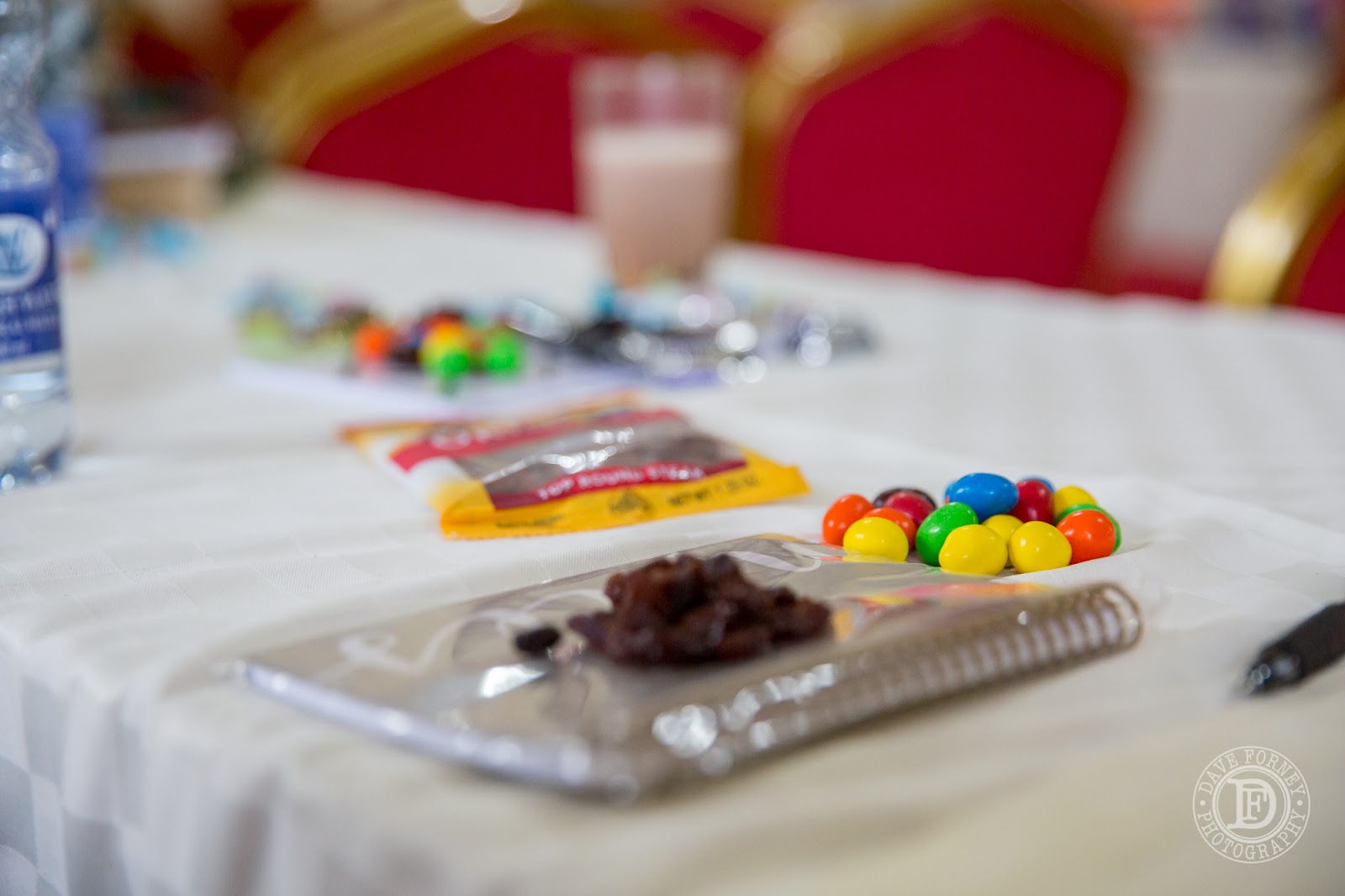 Thanks so much to the MAF EDRC team for inviting us to join you, and to the Rose Drive team for coming all the way over here to minister to us, and to all of those who helped plan, and give and pray to make that little conference happen.  It was a real blessing to our family to be a part of it!
Posted by Dave at 4:13 PM

This was so nice see pictures of this conference, especially because my brother Jon and sister-in-law Cher are in some of them. It looks like good fun. Thanks for posting!