Sorry for being so delinquent with the blog...the past few months have been really busy and despite my intentions, I've struggled to post every single weekend.  I do have a lot of stuff to catch you up on, but I'll start with the Christmas Feast that our church served in a slum neighborhood of Kampala.  Below is one of the young boys enjoying the feast. They really cleaned the bones of every single morsel of meat! 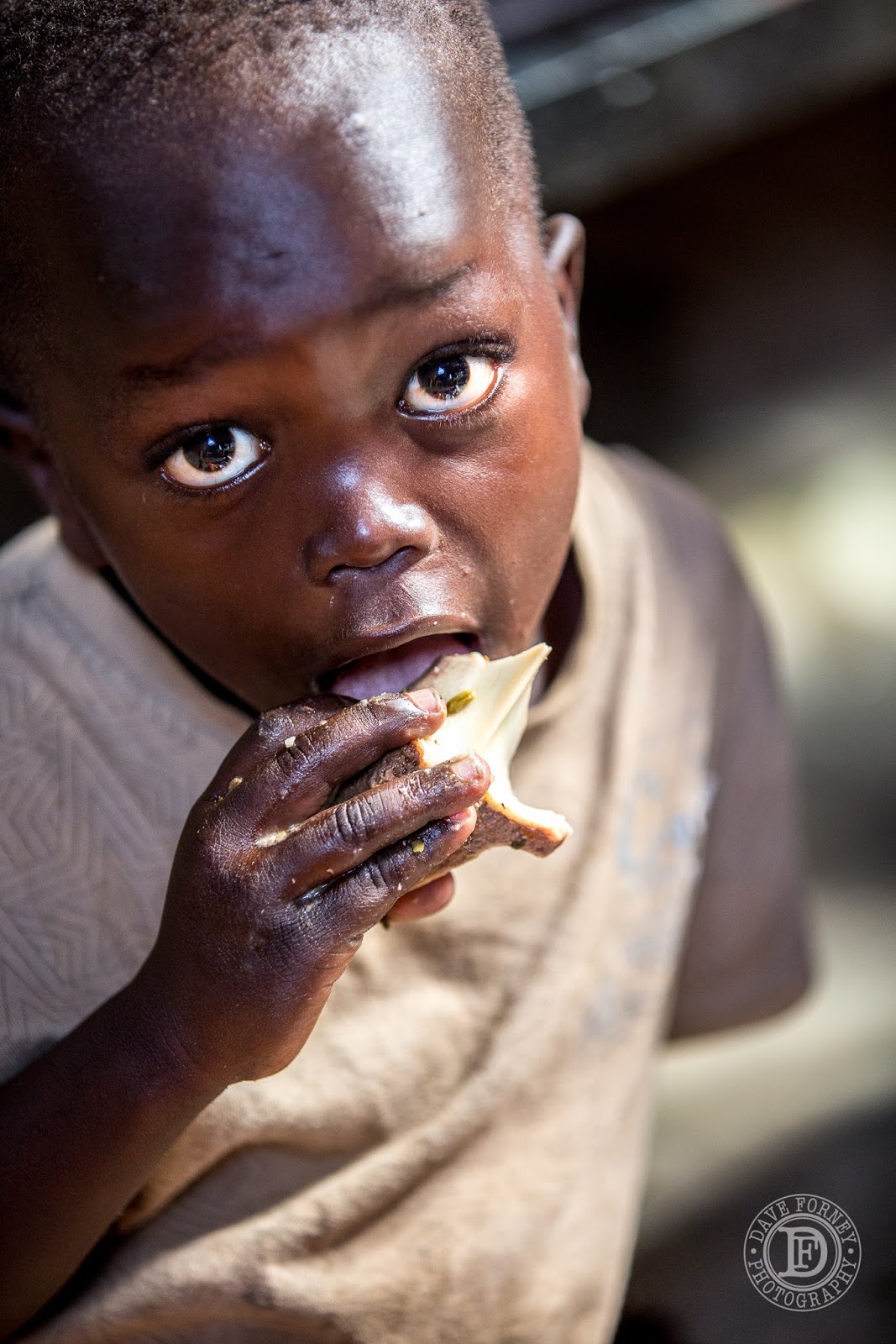 On the 22nd, Joy and the kids helped with the preparation of the food. I was still working at MAF, so wasn't there for that. On Christmas Eve, we joined a group from our church, Sojourn, to serve a free Christmas dinner to the Wabigalo neighborhood. 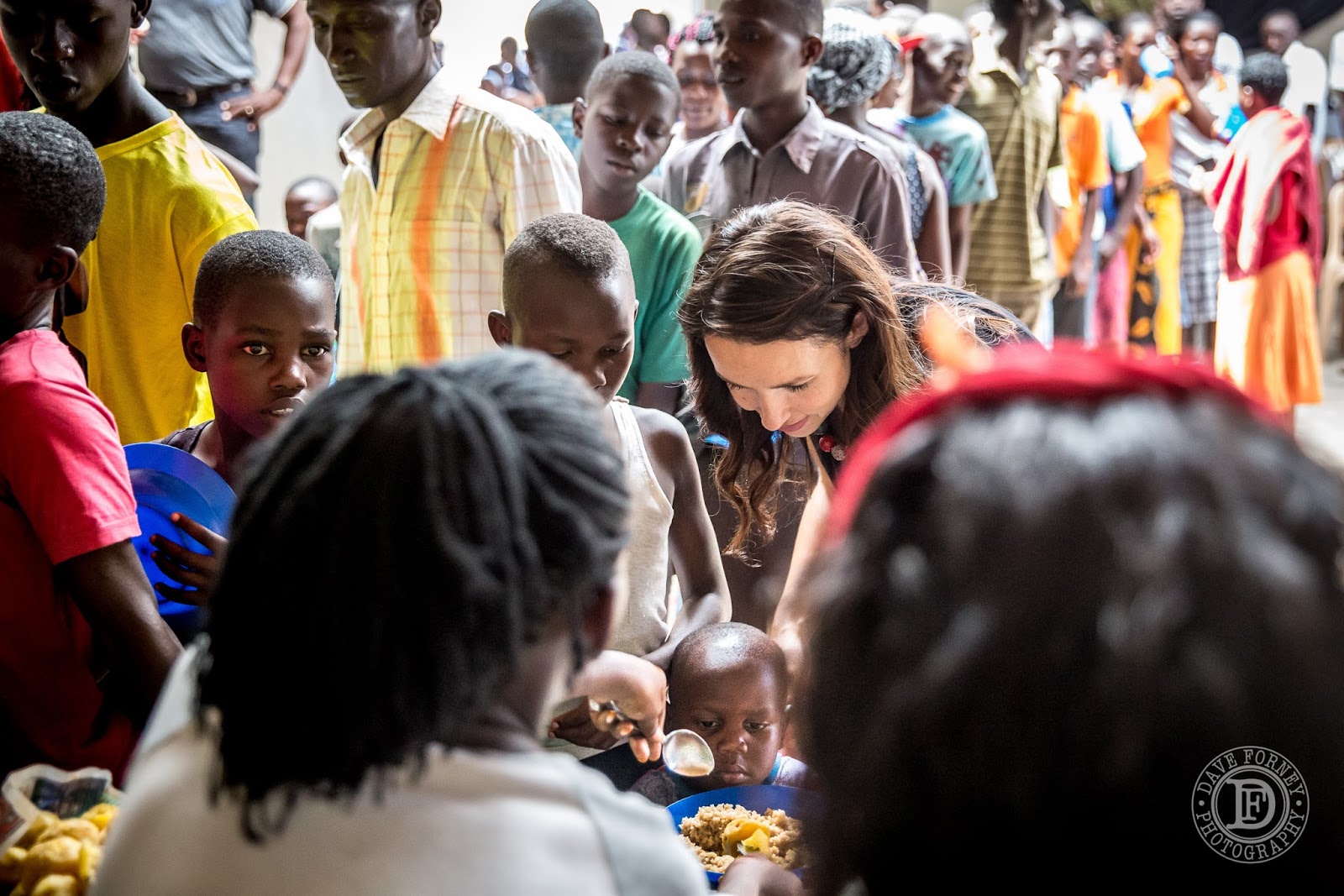 Many hundreds came and ate their fill. In fact, it was probably at least a thousand or more!  This shot was taken near the beginning, before it really got packed.  For several hours there was a continual line of people moving through--never slowing down--each one getting a heaping plate of food, eating it hungrily, then moving out to make room for others. 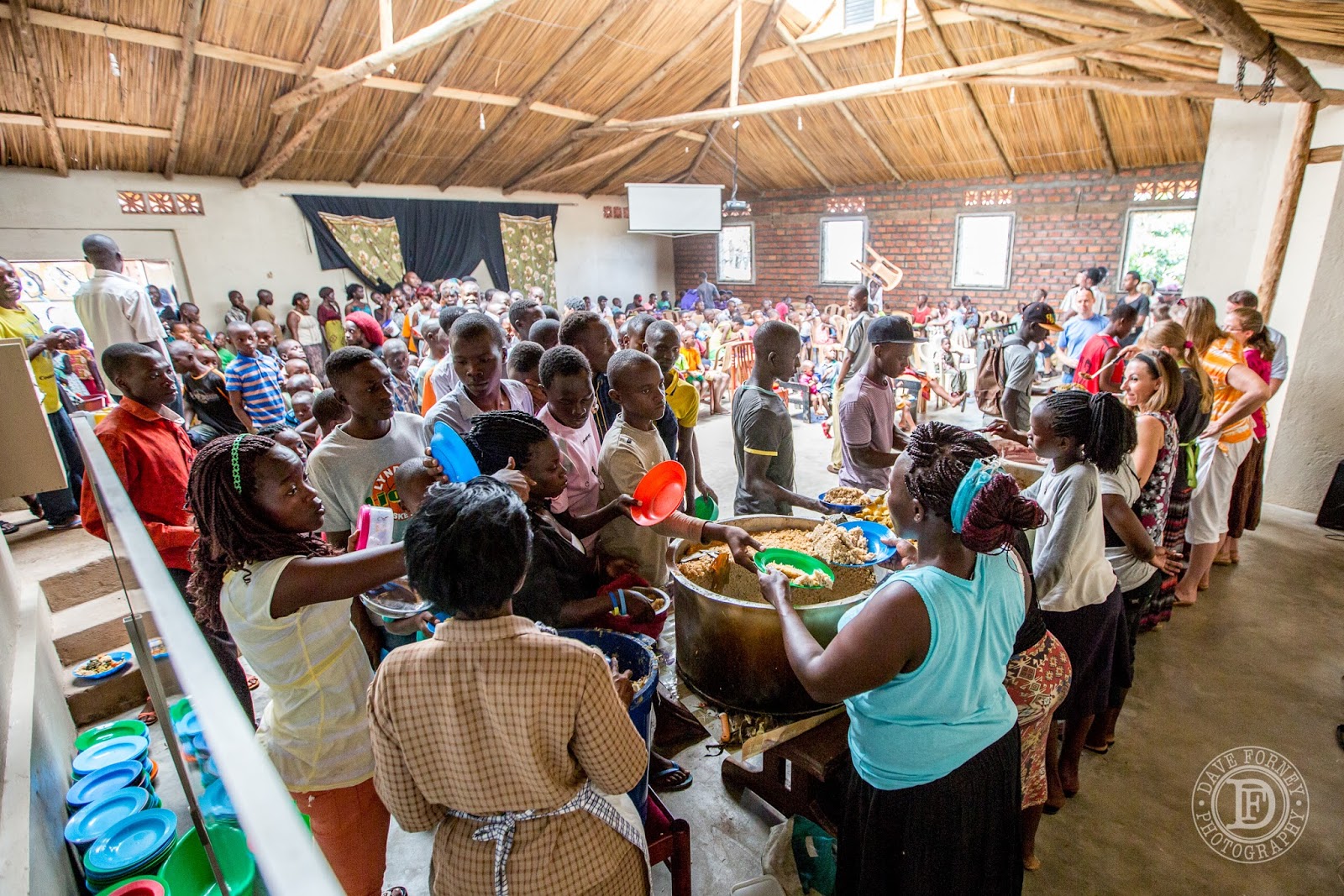 The line outside was several people deep, and it stretched a long way out the door and down the alley.  Probably about 80% of them were kids, but there were also adults of every age mixed in.  You may notice that most of my photos are of children. That's because the crowd was mostly made up of kids, and because they love having their picture taken. Adults are a bit more wary, and I do like to be discrete with the camera, so I have to be selective and careful how I take shots. 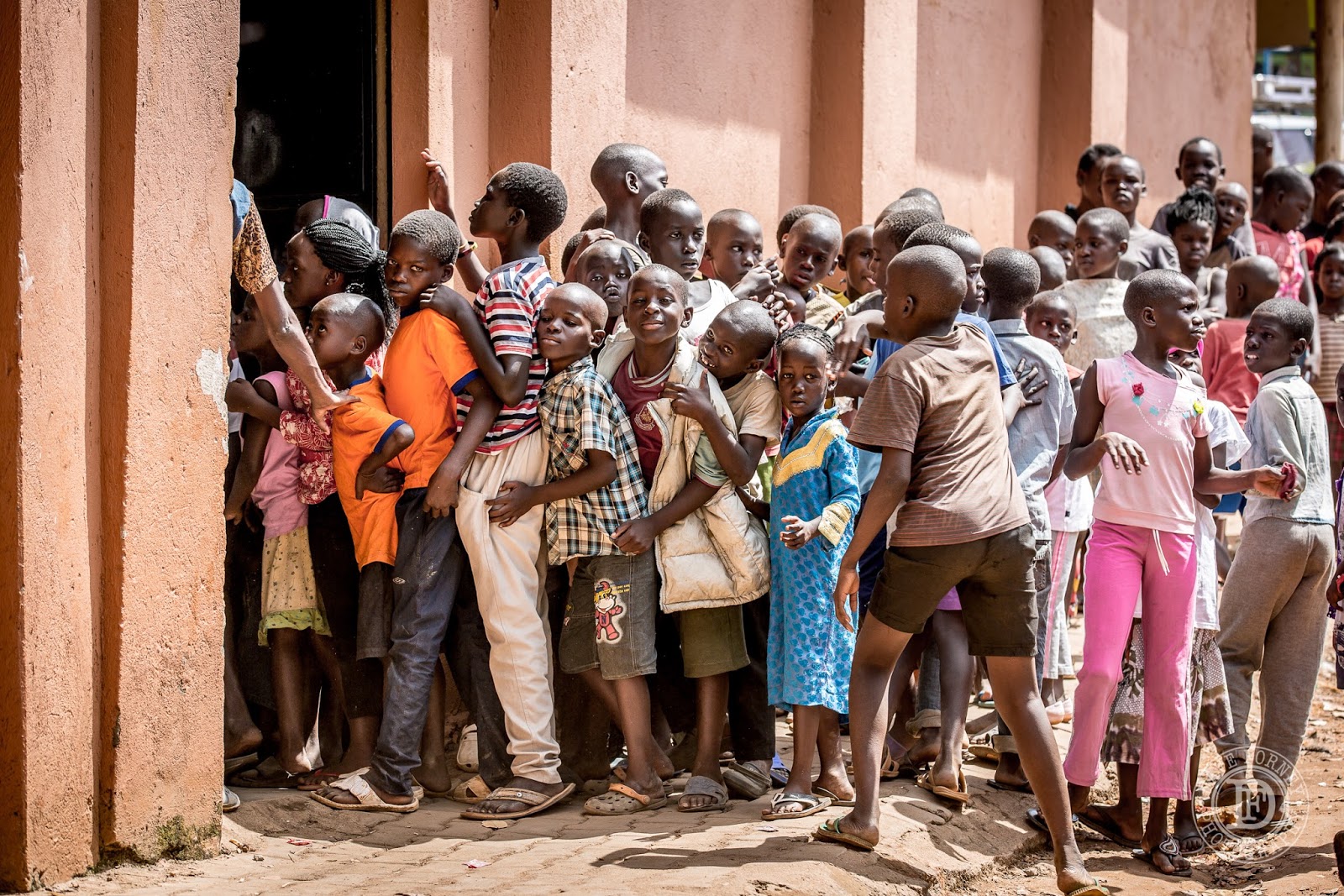 Inside, it was even more crowded. People waited anxiously for their turn to get a heaping pile of steaming food. Most of these folks are very poor.  You and I may consider this meal to be meager, or lacking in choices. Not so. With several meat and vegetable choices to cover the mounds of rice and matoke (cooked starchy bananas), they were truly enjoying a rare and amazing feast! 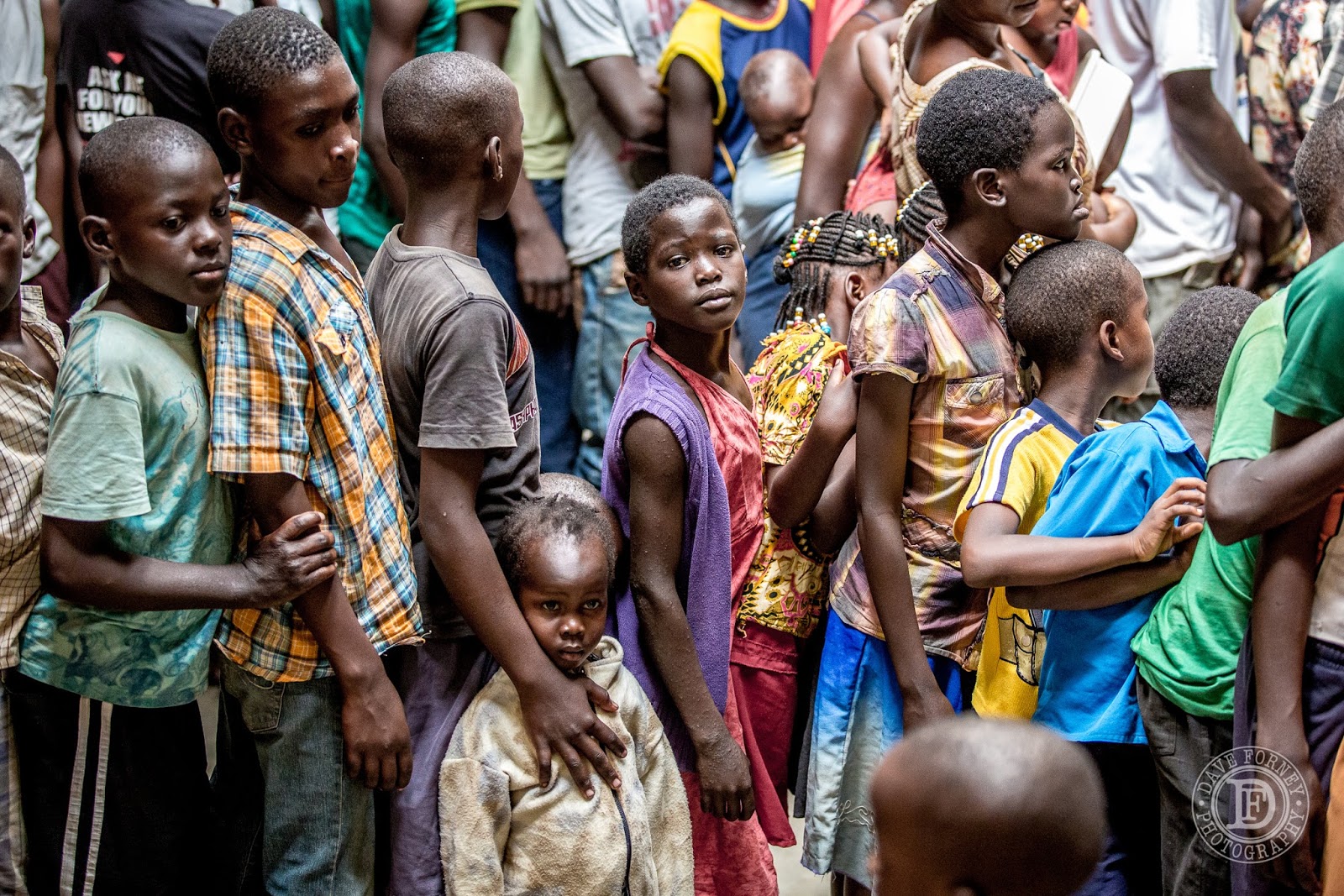 The smiles from these kids who had just finished eating say it all. 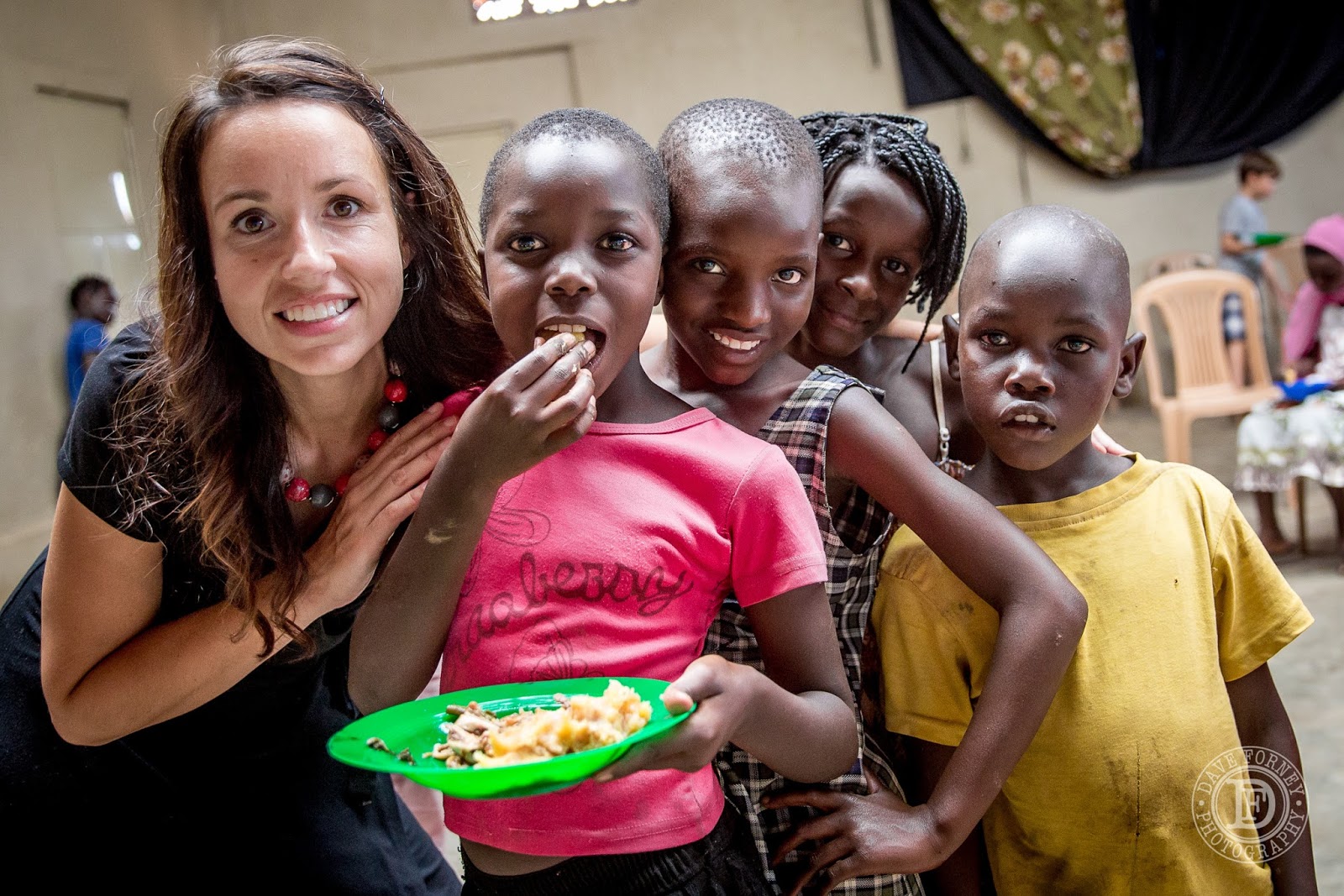 We were really proud of our kids. They worked their tales off on Christmas Eve, and they did it with great attitudes, and had fun in the process, and learned a lot about blessing others. Here, Britt and Hannah, with a few of their friends, are working on dishes. Britt had some major dish-pan hands after washing many hundreds of plates and cups for several straight hours! There was no silverware--most people in places like this eat with there hands, so there was no need for silverware. The wash cloth the boys used was a piece of burlap. The wheel barrow in the background served as the drying rack till the girls got to them with the drying rags. It was a fast-moving assembly line of dishwashing wander! 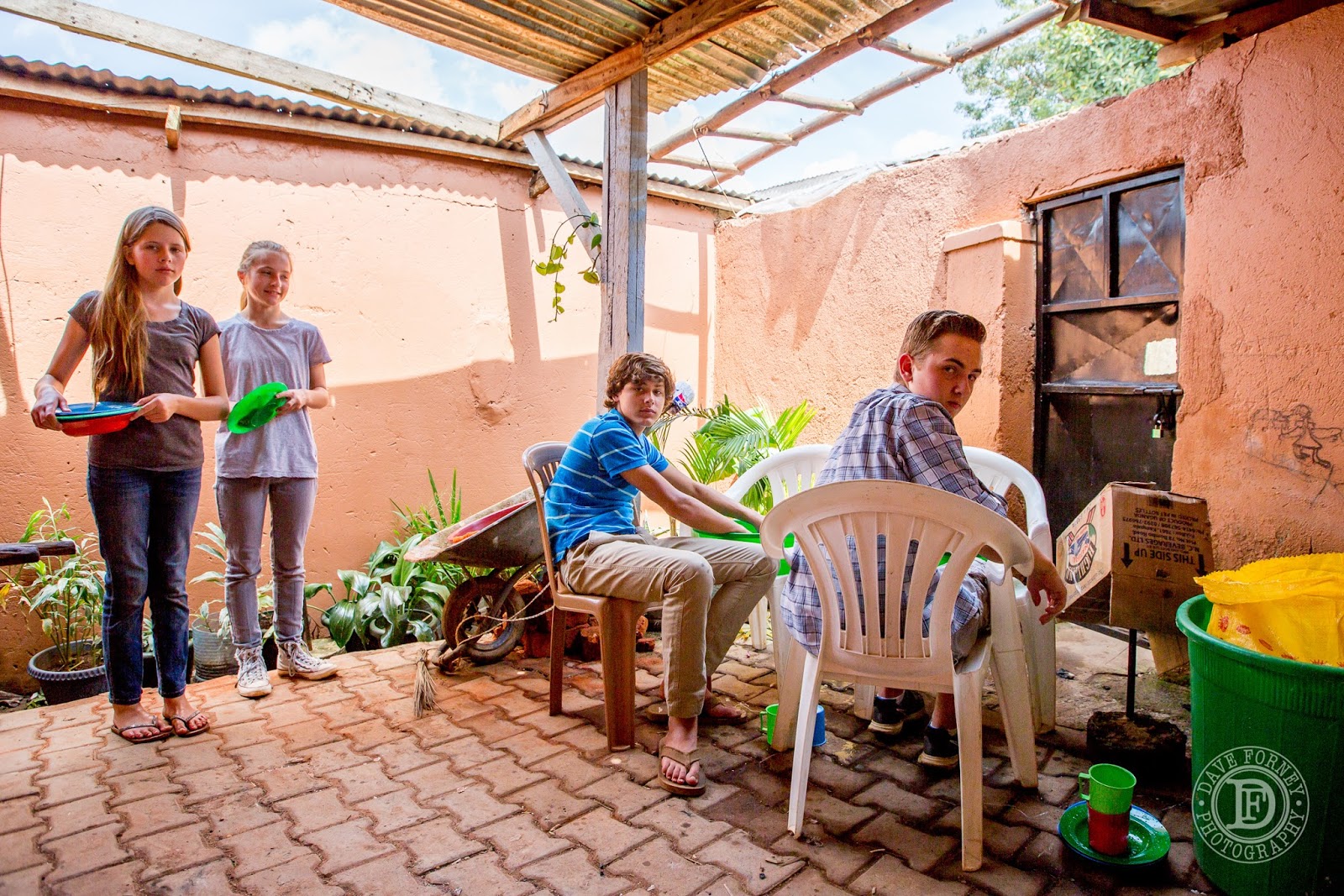 The younger boys served water relentlessly. But occasionally they took a quick break from that to run around and collect dirty, emptied plates to be washed and re-used by others who continually flooded in. 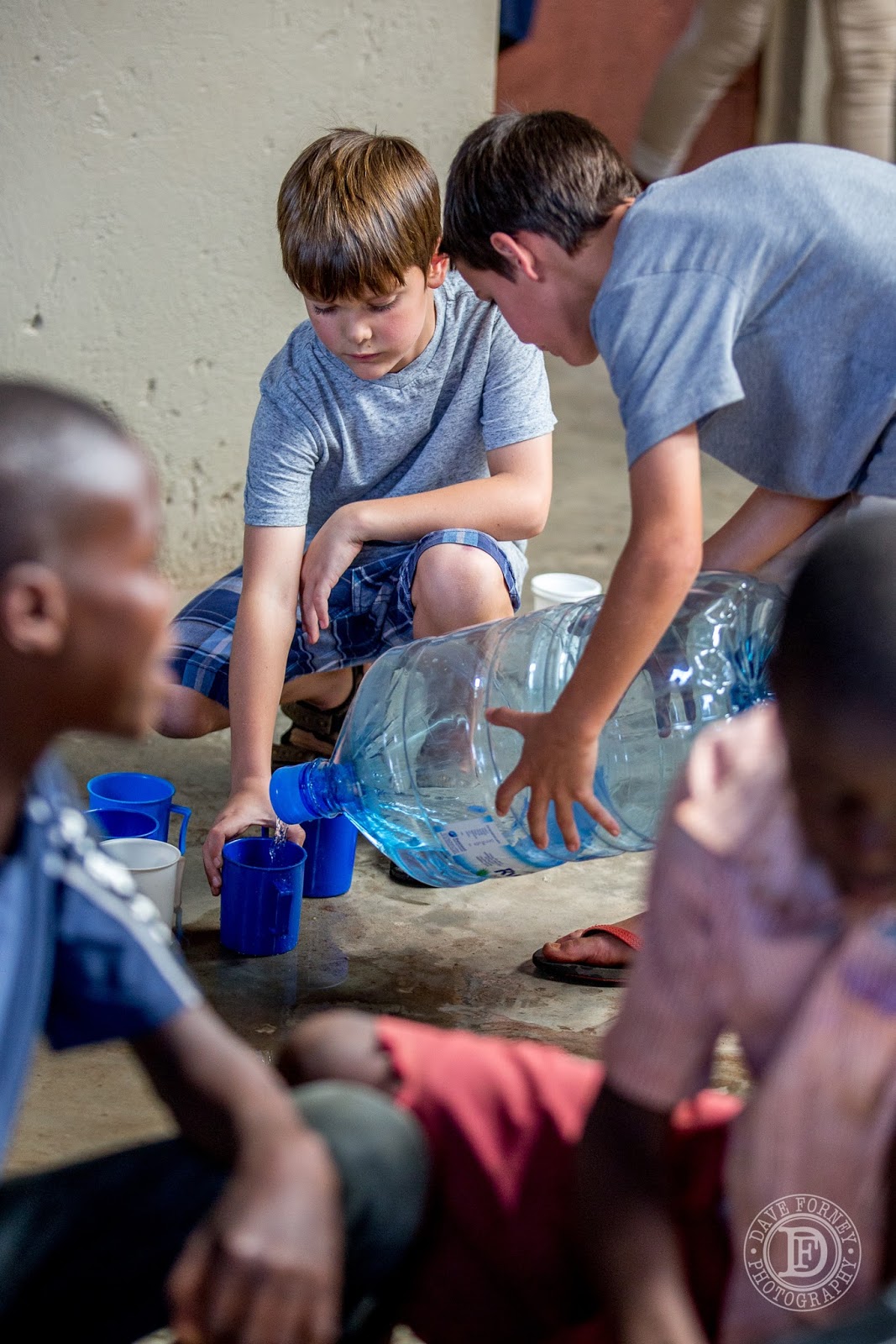 Here's a few more pictures from the Christmas Eve feast, in honor of the birth of our Savior and King! 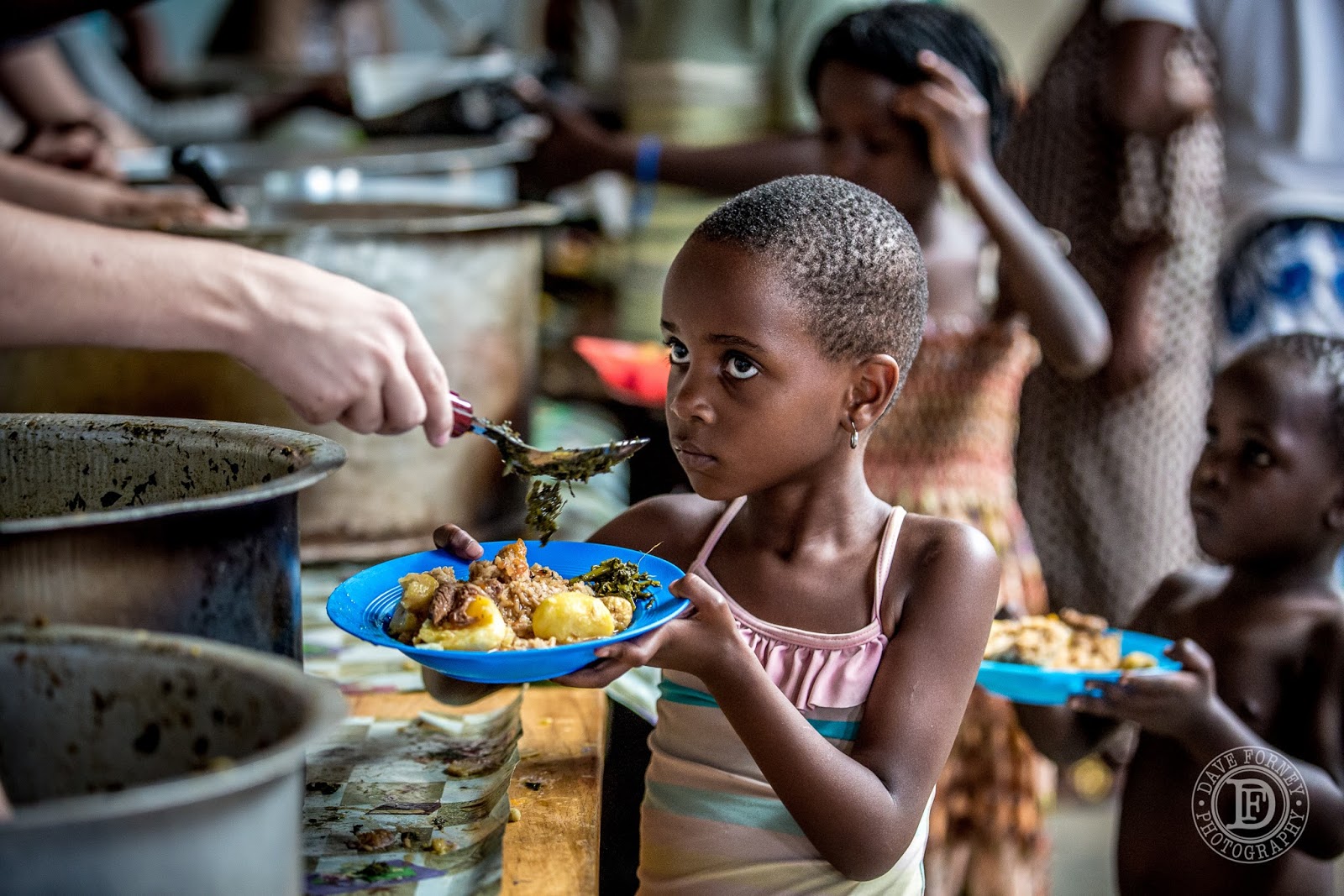 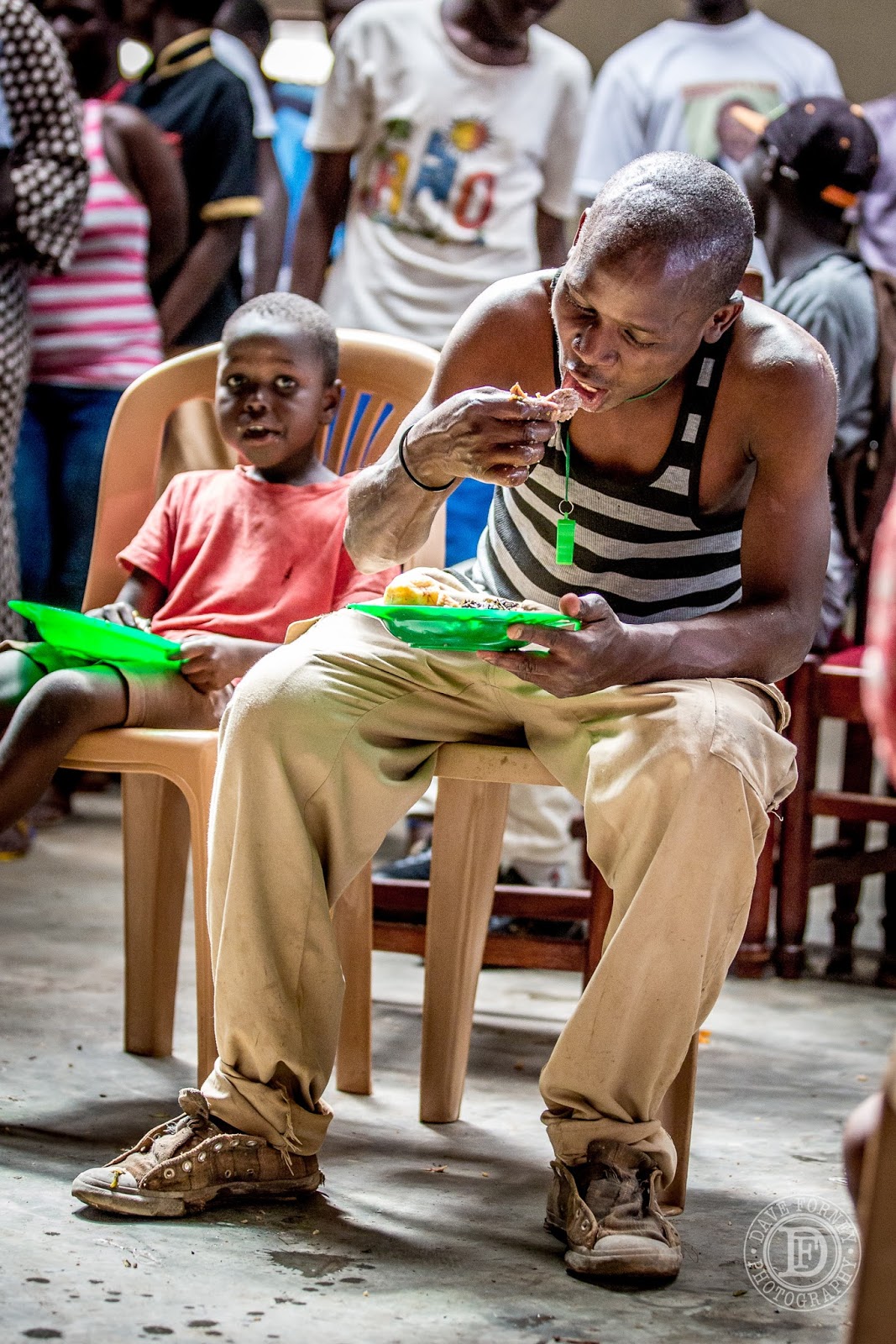 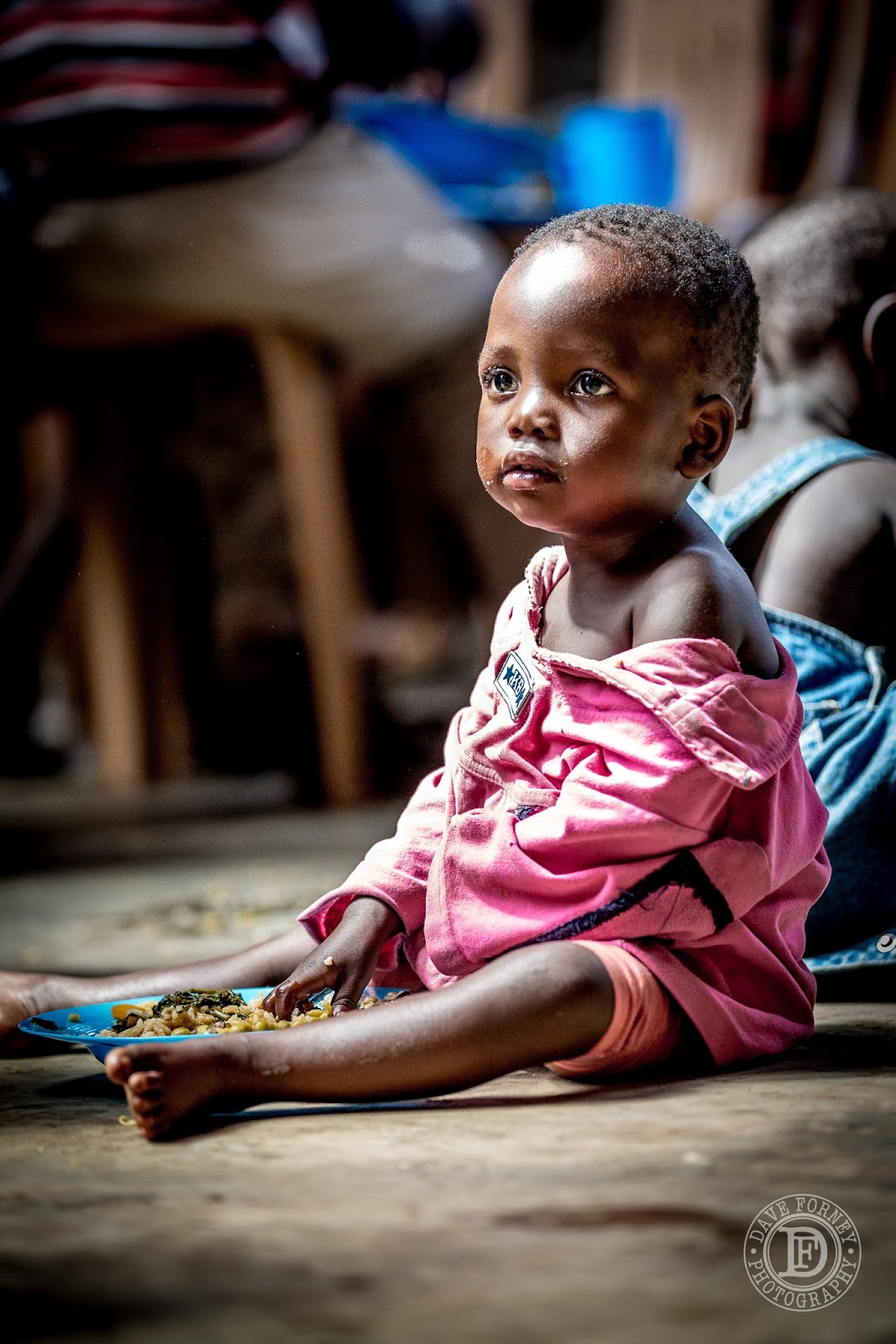 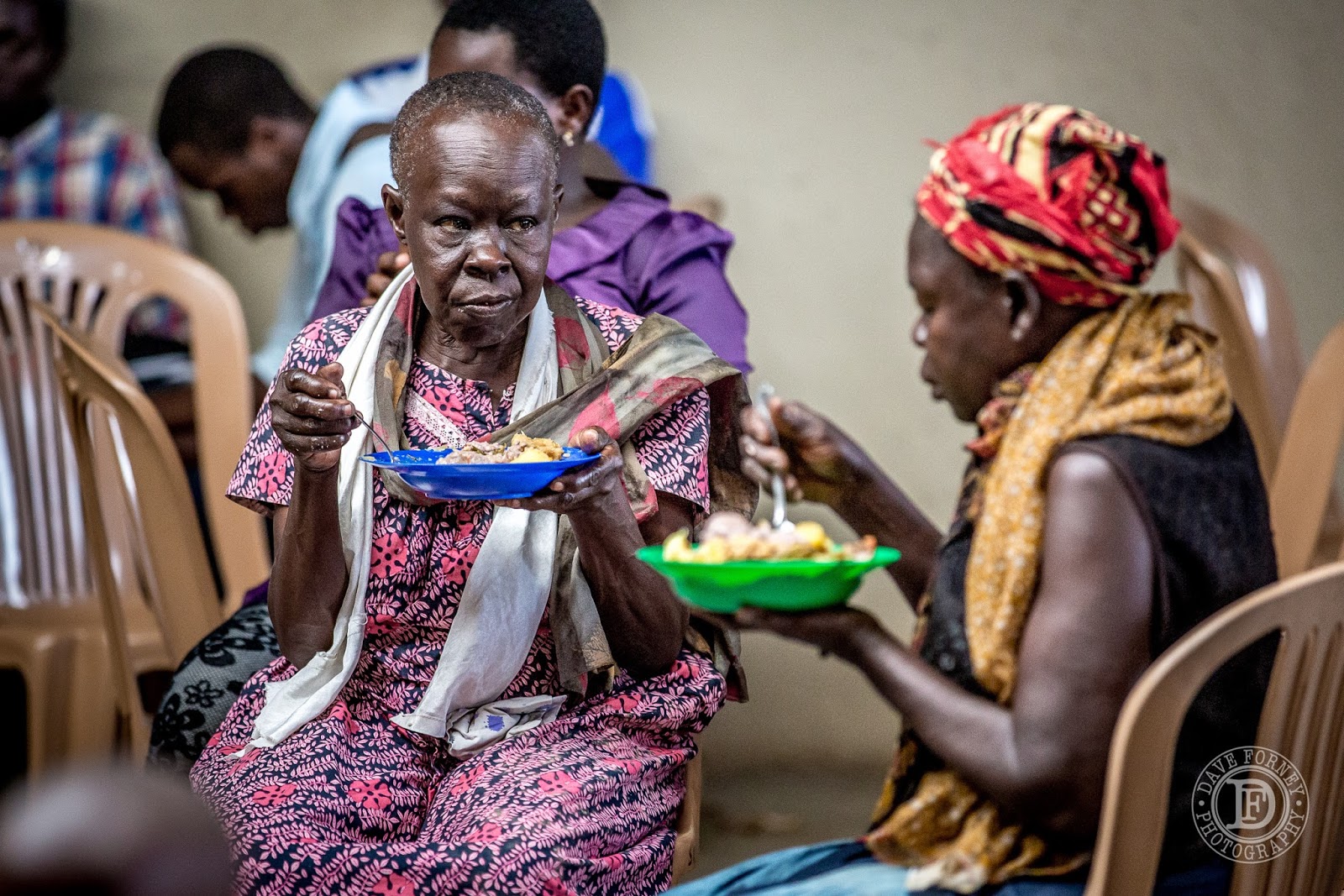 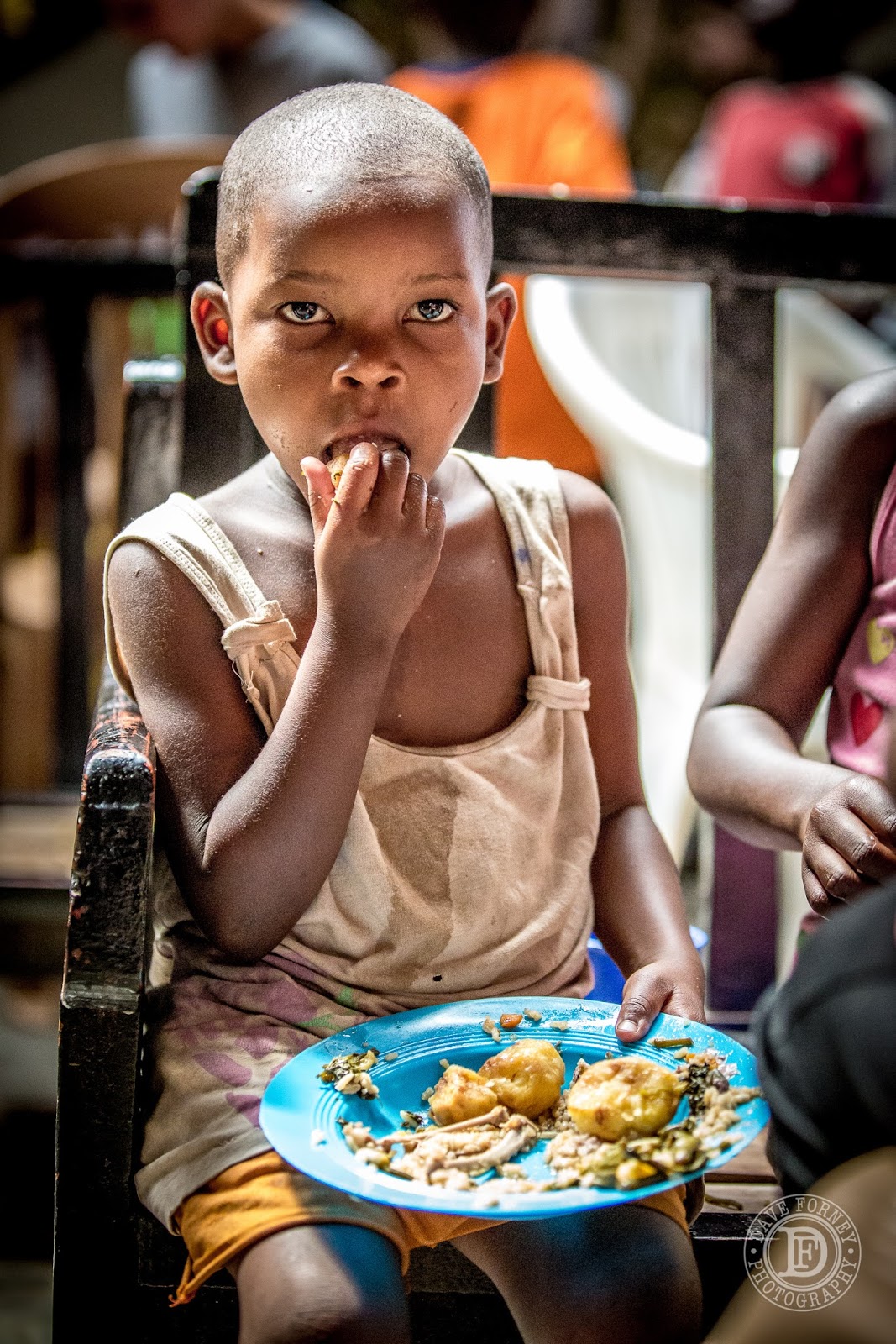 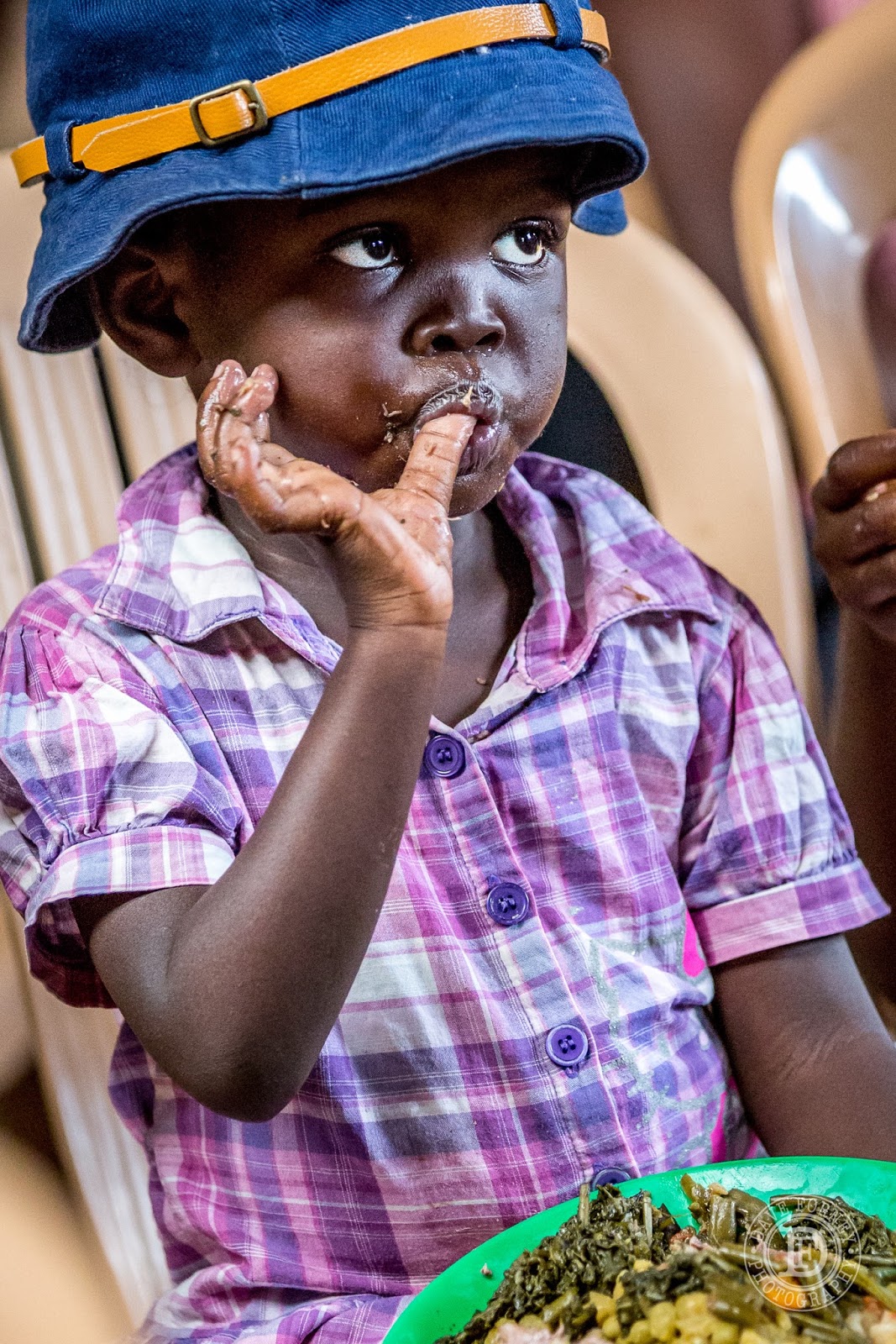 Delightful, Dave. You can be truly proud of your family, and yourself, for all the genuine, practical, long-term love you're giving these people. The pics are lovely, you know what we always say... National Geographic quality! Merry Christmas to you all, Ali