Heading North, Way Back When...

As promised, I'm continuing from my previous post about way back when...

After I graduated from University and flight school, we briefly moved to Oregon as we prepared for future, cross-cultural work/ministry. That fall I had the opportunity to go on a short vision trip to a very remote part of north central Alaska, to an area where we felt that God was leading us. 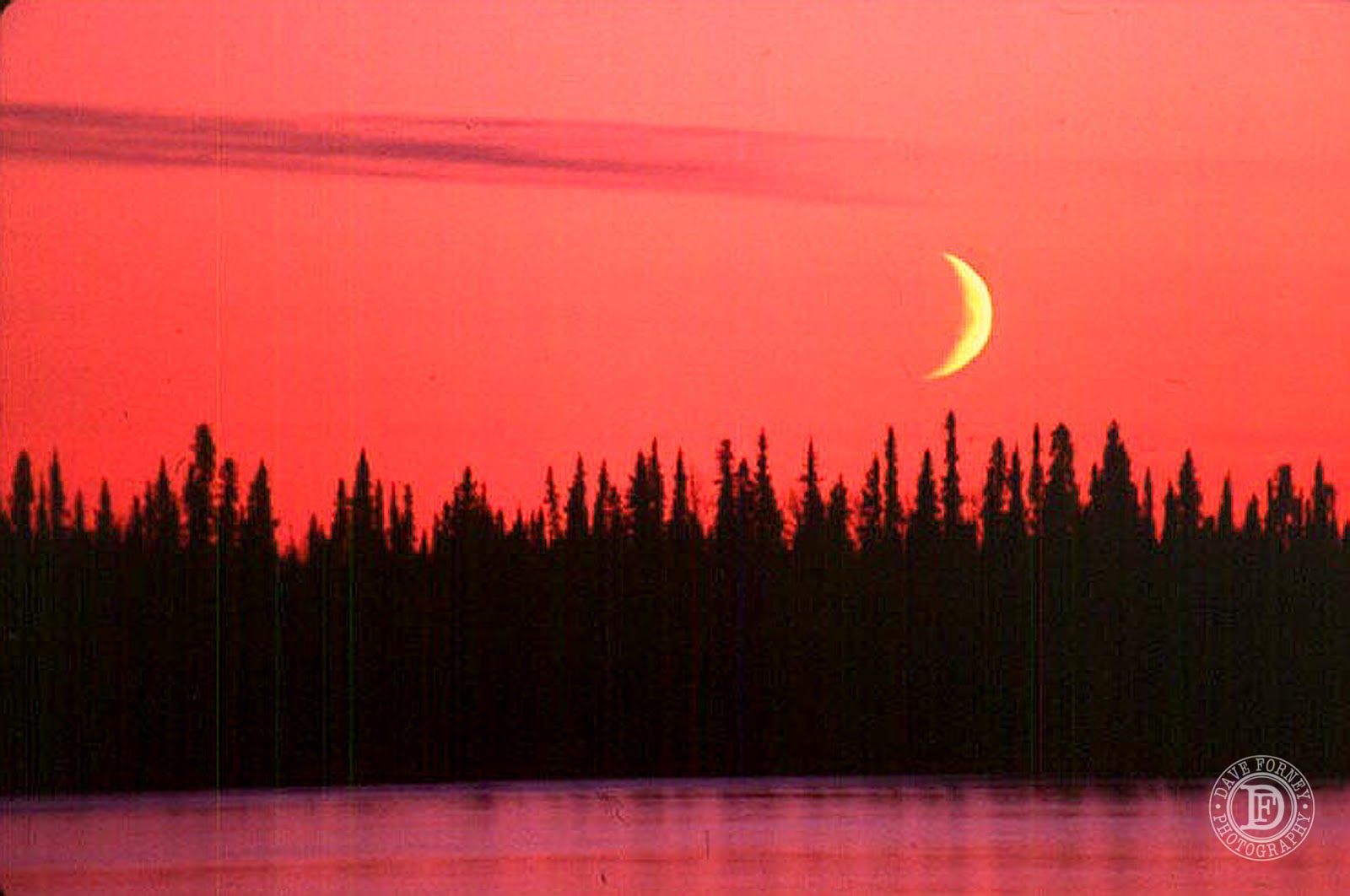 Joy had spent several summers up there, volunteering at a small Christian camp. But I had never been there. I spent a few weeks with this wonderful family, who kindly hosted me and took me all over that part of Alaska. Since it was the time of year for bringing in the meat, I even joined them in their family moose hunt. 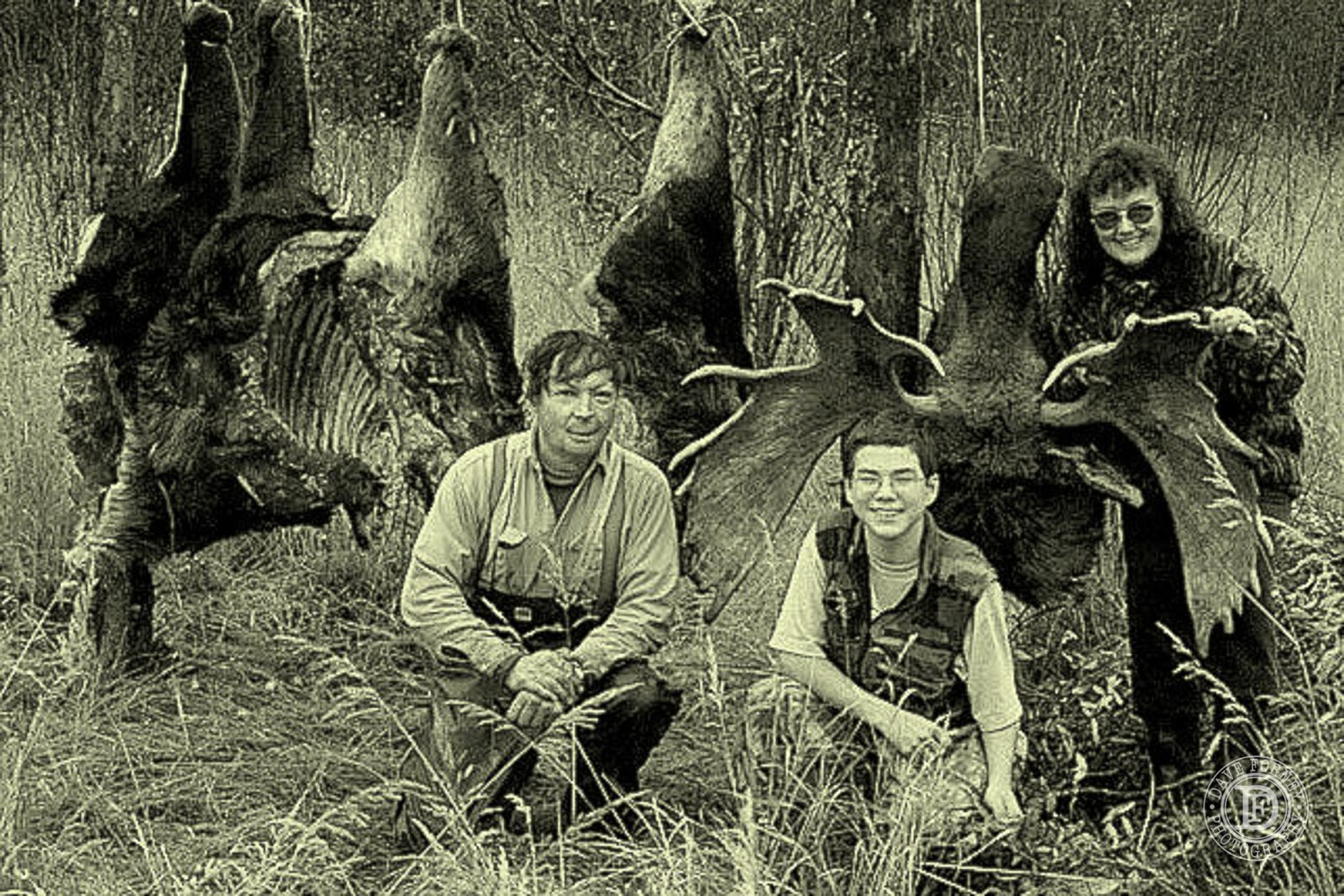 He was not only a very widely known and respected Athabaskan elder, but also a pilot. So he took me around the region in his Pacer. That's when I started to see how immensely vast and wild Alaska truly is... we flew hours upon hours and saw nothing but wilderness, among which were scattered a few, isolated villages along the main rivers. There were no roads whatsoever. 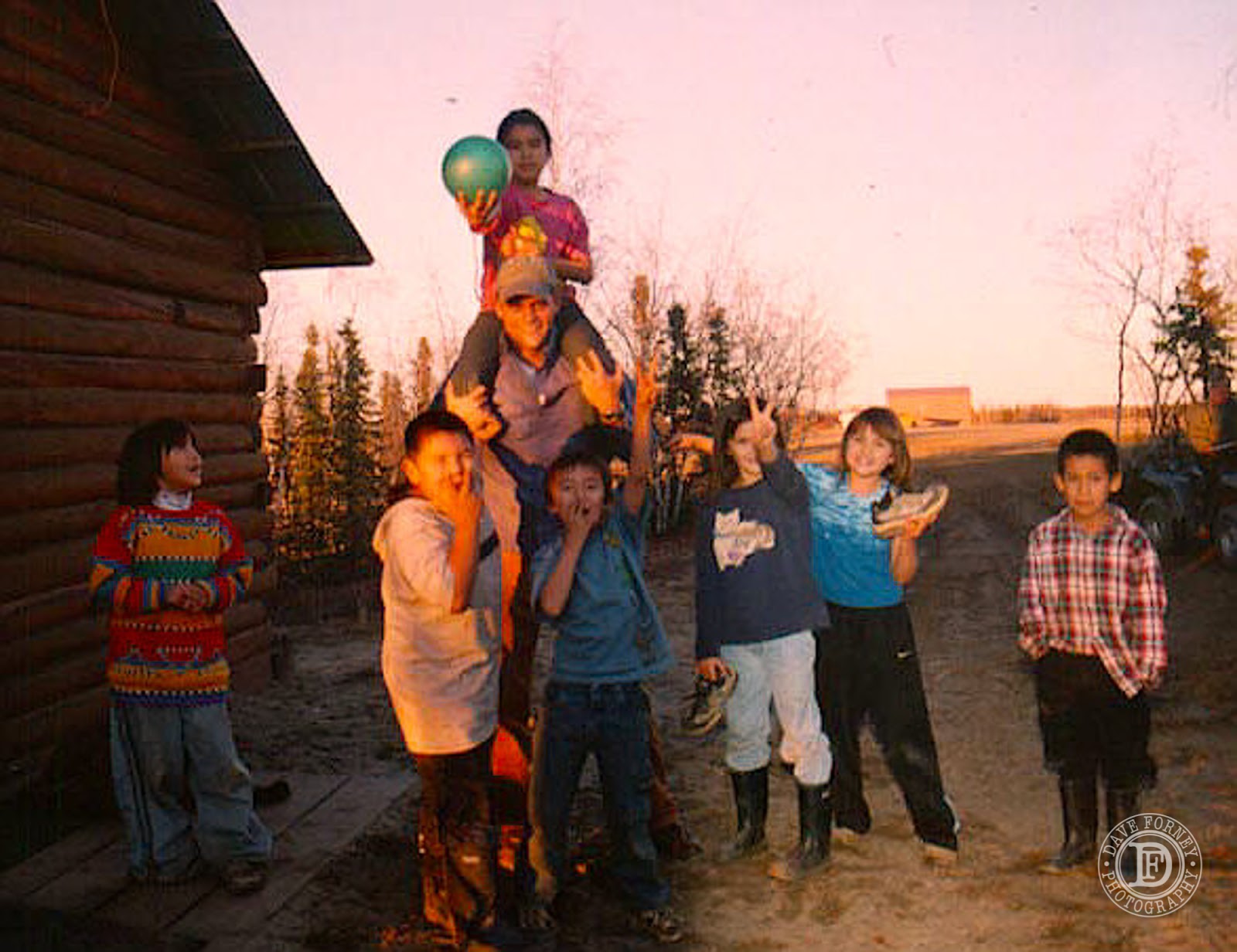 I was drawn by the rugged, harsh, and surreal beauty of the land and her people. 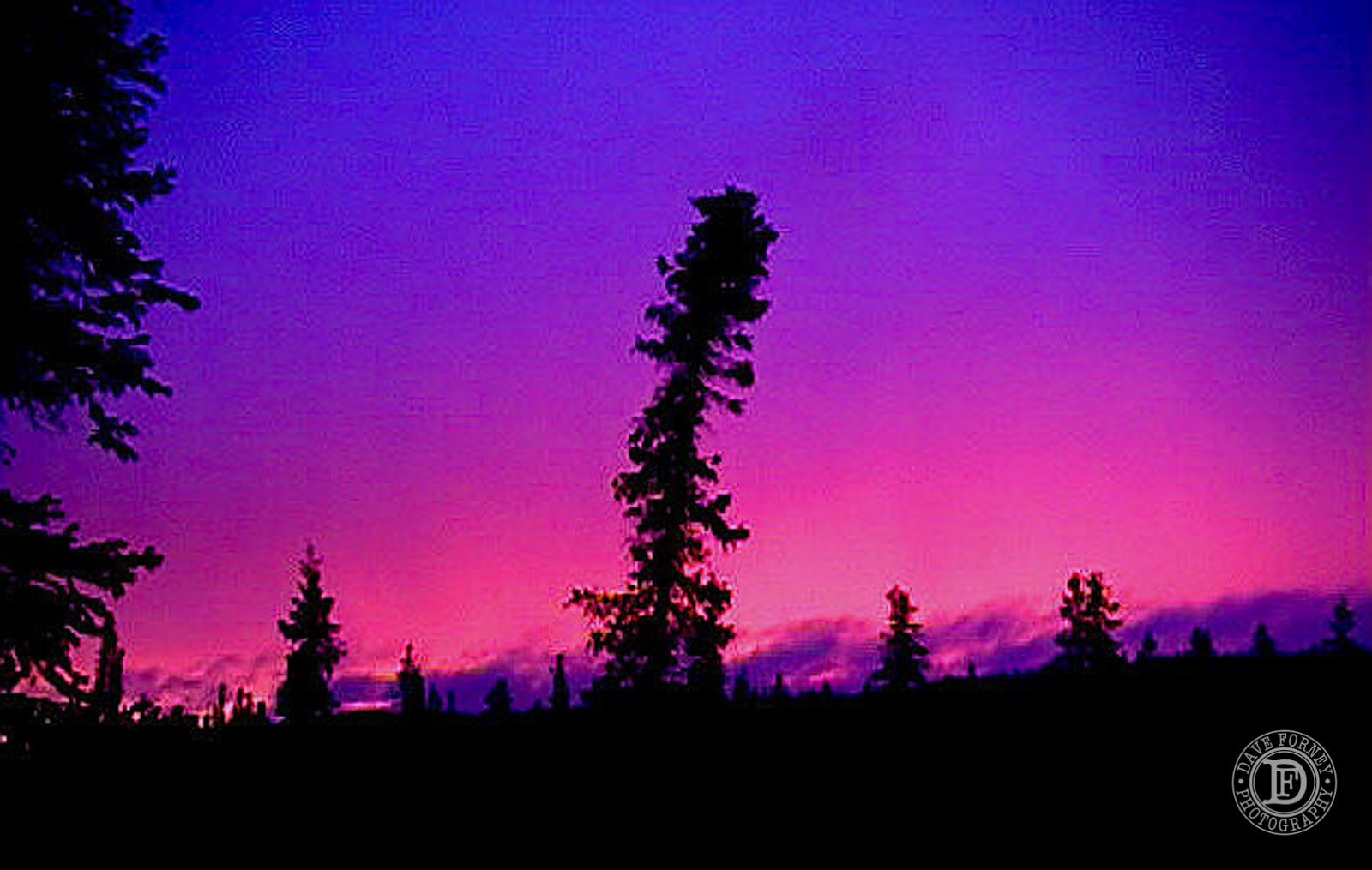 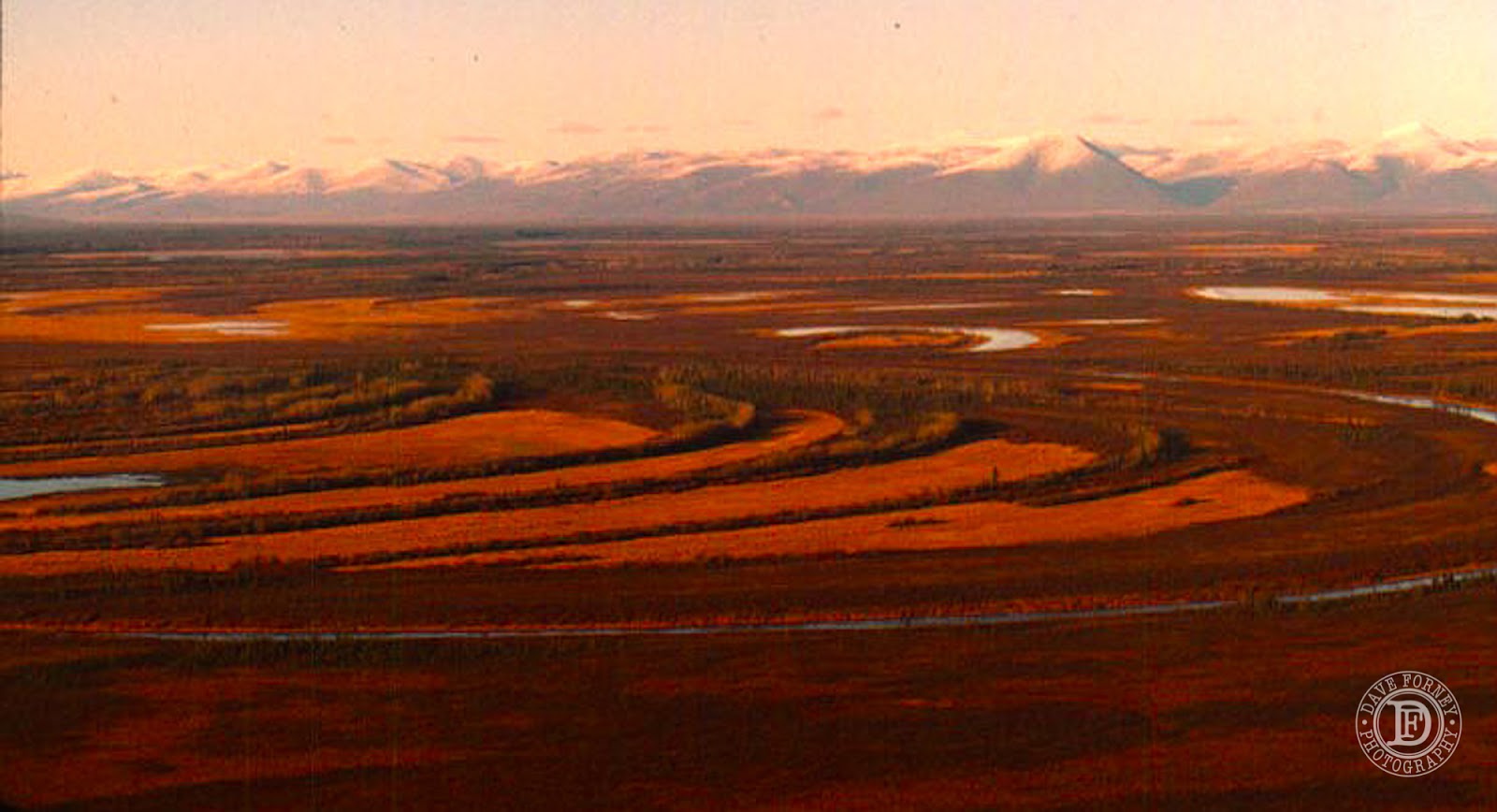 Long story short, God confirmed His calling in our hearts, and Joy and I eventually made the decision to join a small organization and head to the far north. The plan was to move into a specific village that was located just north of the Arctic Circle, building relationships with the elders and others, while specifically working with the youth. The idea was that eventually we would incorporate a small plane into the ministry. This was my very first visit to 'our' future village, which I got to see (photo below) during that vision trip way back when. Before we just up and headed off, we first had to get a group of churches and friends to commit to both pray for us, and also to sponsor our 'work' there. We also completed some additional training in several different areas. It was a busy time--we were constantly on the go, traveling, speaking in churches, meeting and sharing with people, and moving and moving and moving again. Come to think of it, we've never really stopped doing that for the past 20 years. :-)

Anyway, a very short seven months after the vision trip mentioned above, we were off to Canada, where we underwent another 3 months of training focused towards helping to prepare us culturally, and in other ways, for living and working among "First Nations" or Indigenous people of North America. Part of that time was dedicated to an extensive wilderness training program in the Churchill River system, which was nothing short of a blast. 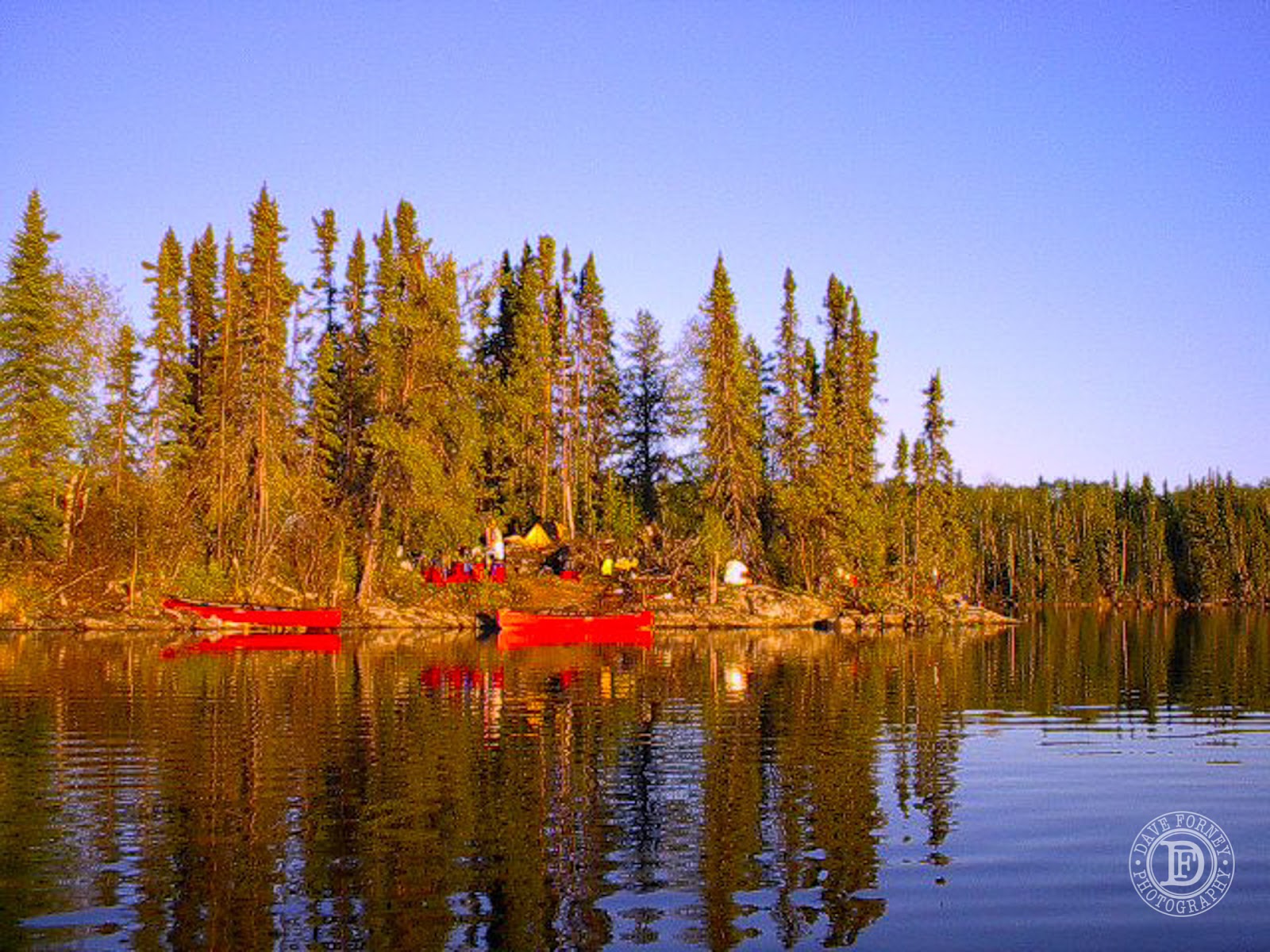 I especially loved it when they marooned each of us, individually, on our own separate island, without food or any survival gear, for 24 hours. I wish it had been longer, as I had a lot of fun with that. 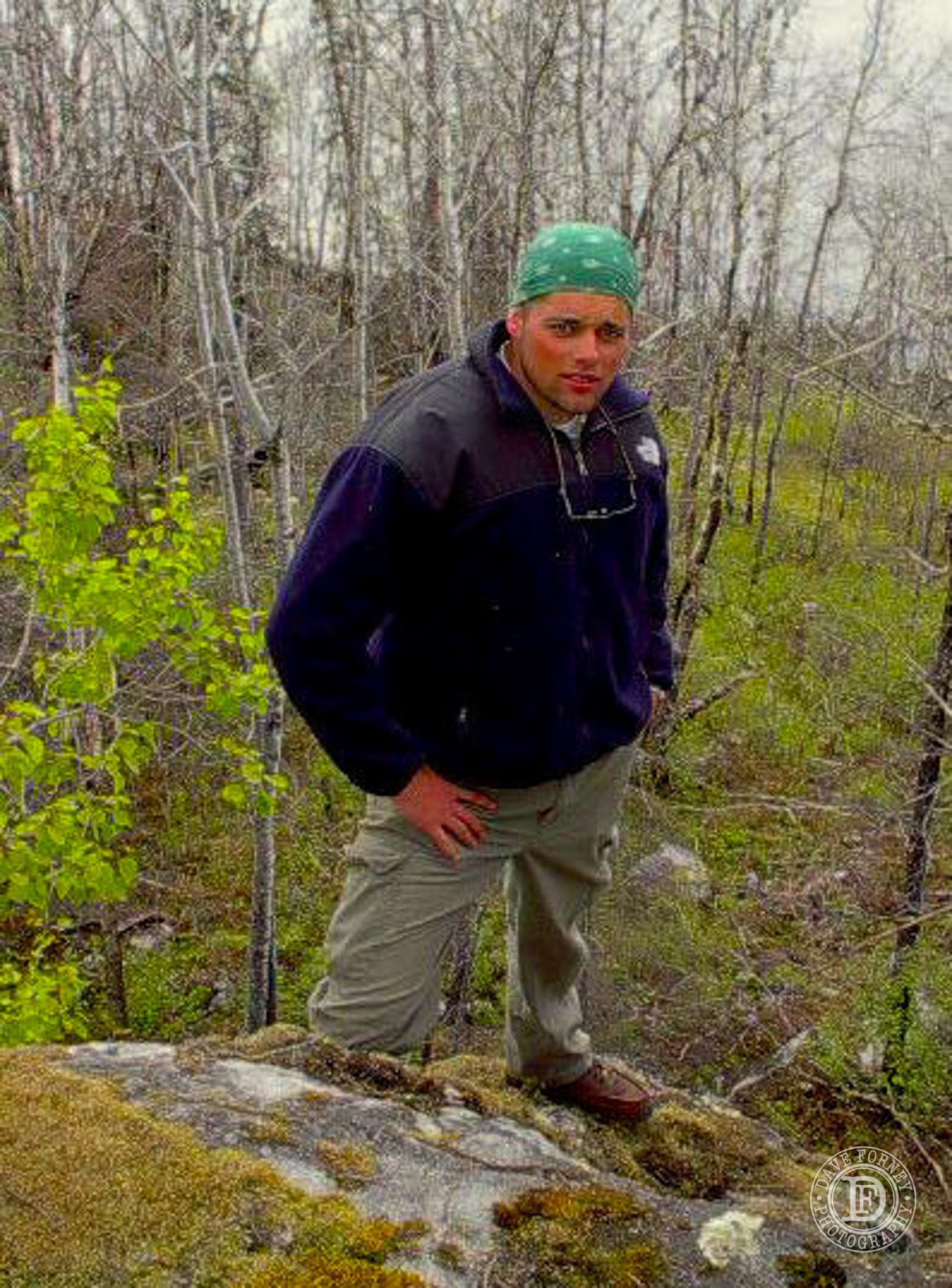 Unfortunately, Joy was not allowed to do the full wilderness training, since we had an infant who needed her full-time care. But I'm sure she would have loved it also. Here's a shot of her and Britt, latter that summer, soaking up nature (and mosquitoes a plenty). 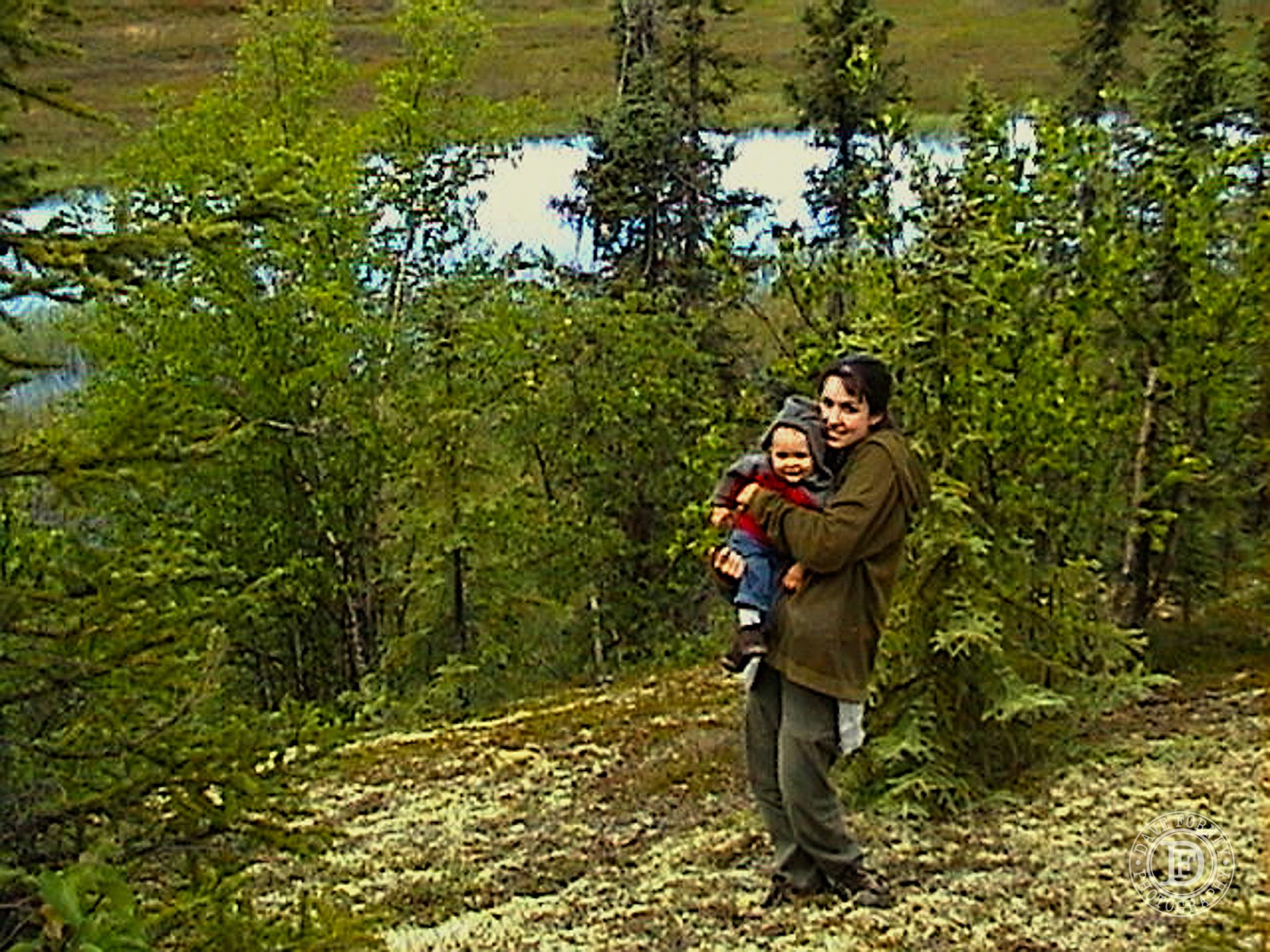 From there we continued directly to Alaska, where we spent the initial few weeks helping at the same  Camp where Joy had volunteered many times before, on the banks of the Yukon River. 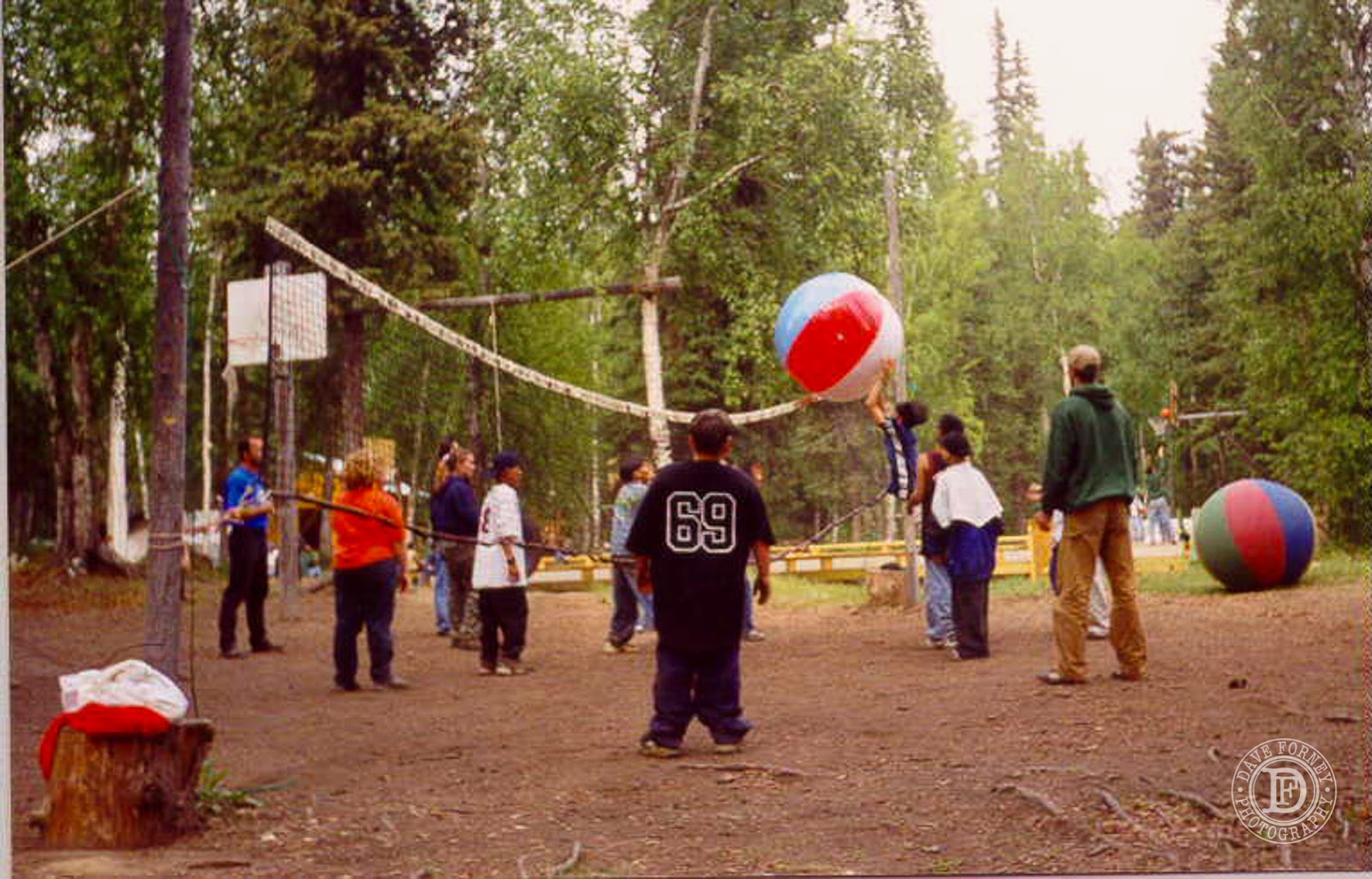 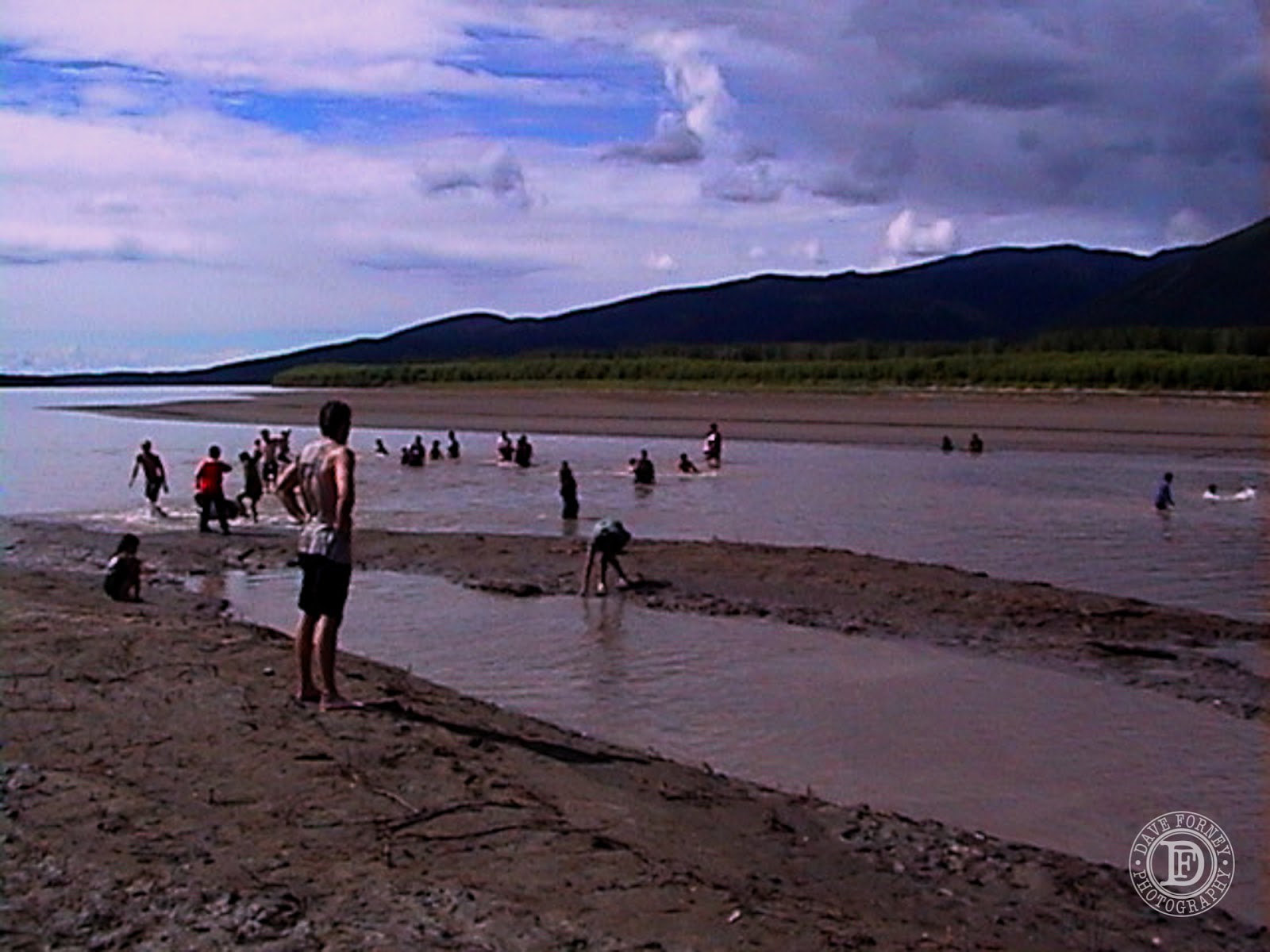 Joy was able to reunite with many of her friends from previous years. She was really in her element, both living in the 'rougher' conditions of the camp, but also and especially, in building relationships with the Athabaskan youth, whom she so loved. 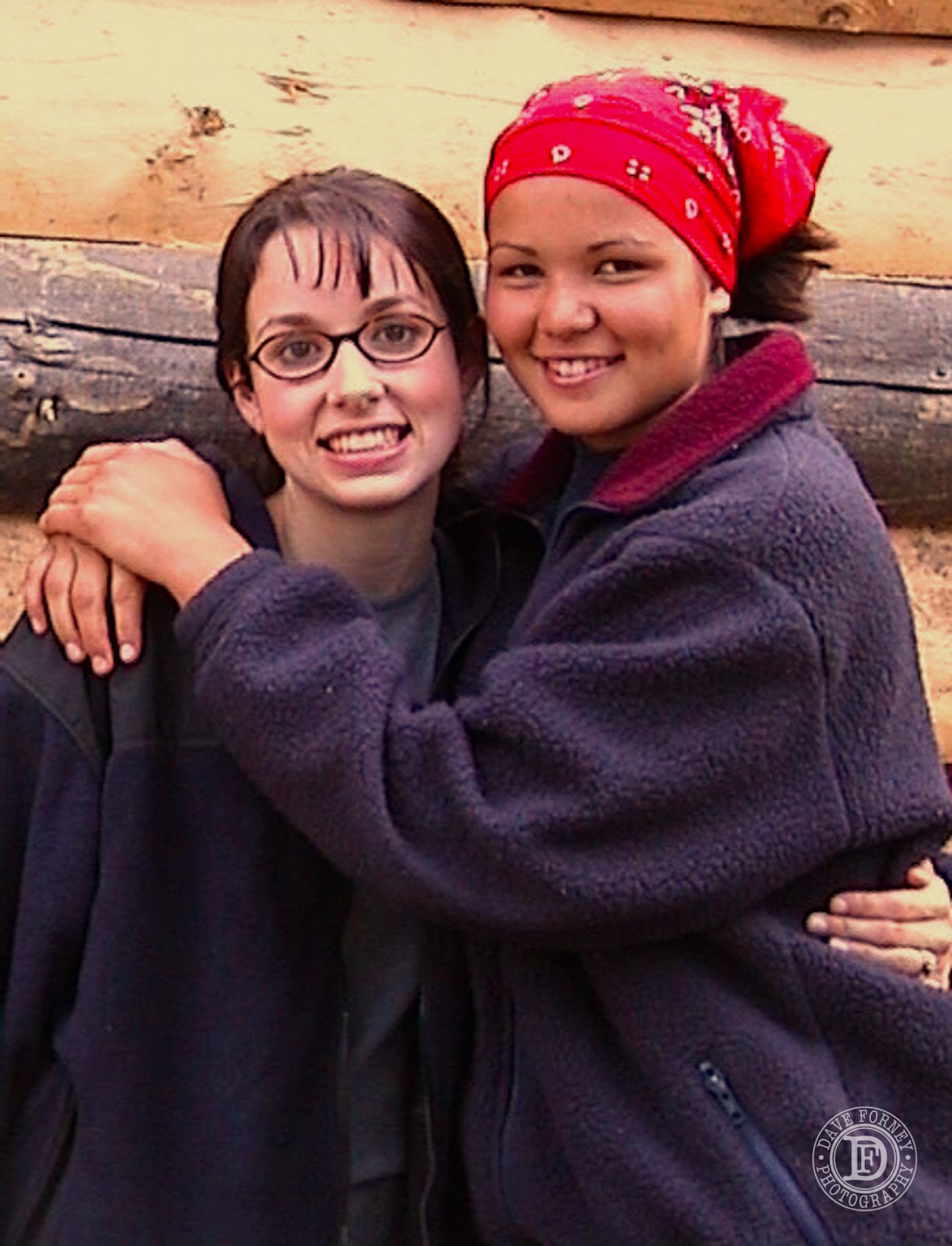 We were involved in a myriad different tasks... from teaching and mentoring, to helping with the grounds and maintenance, and construction, cooking, cleaning, and on and on. 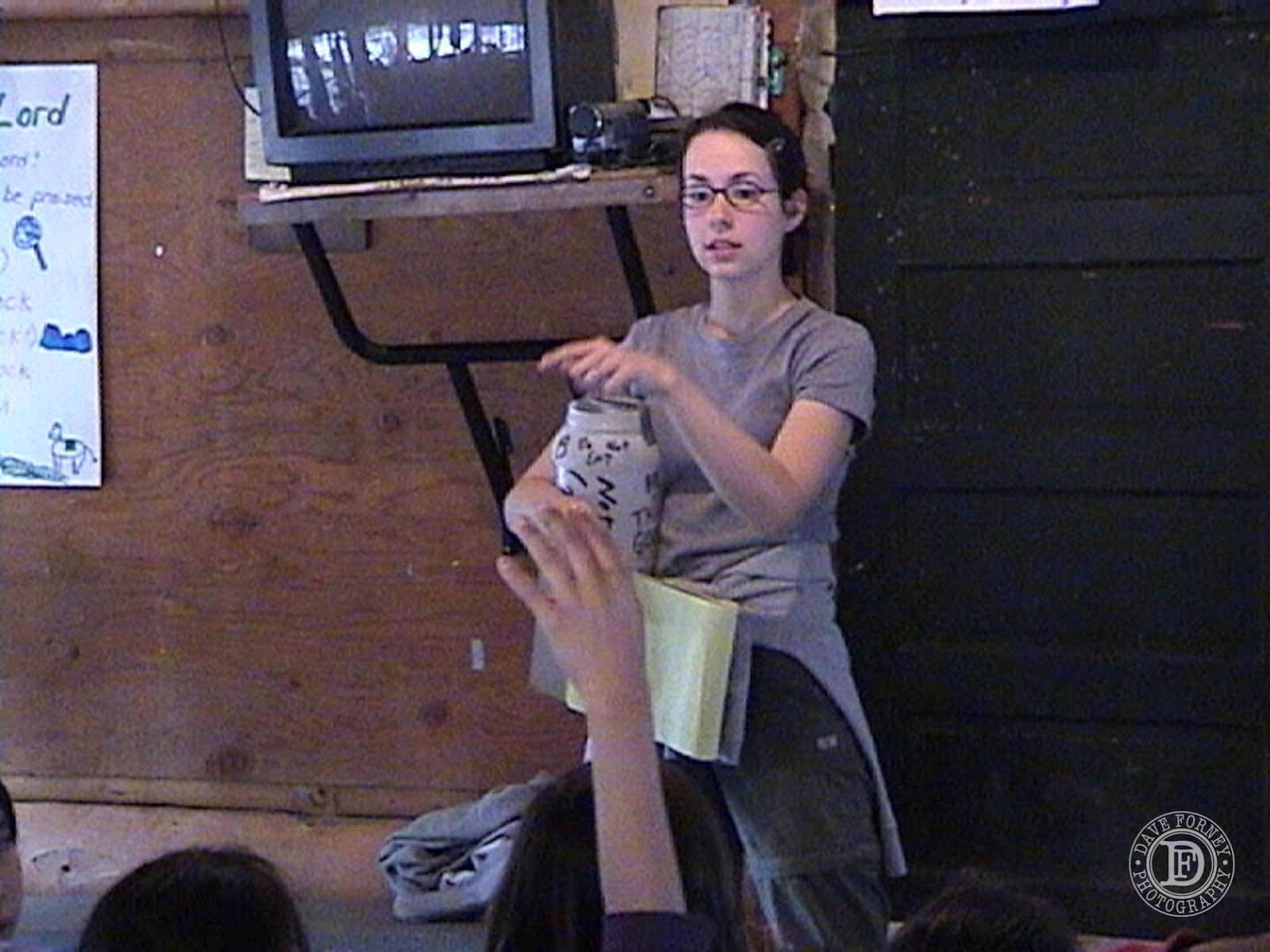 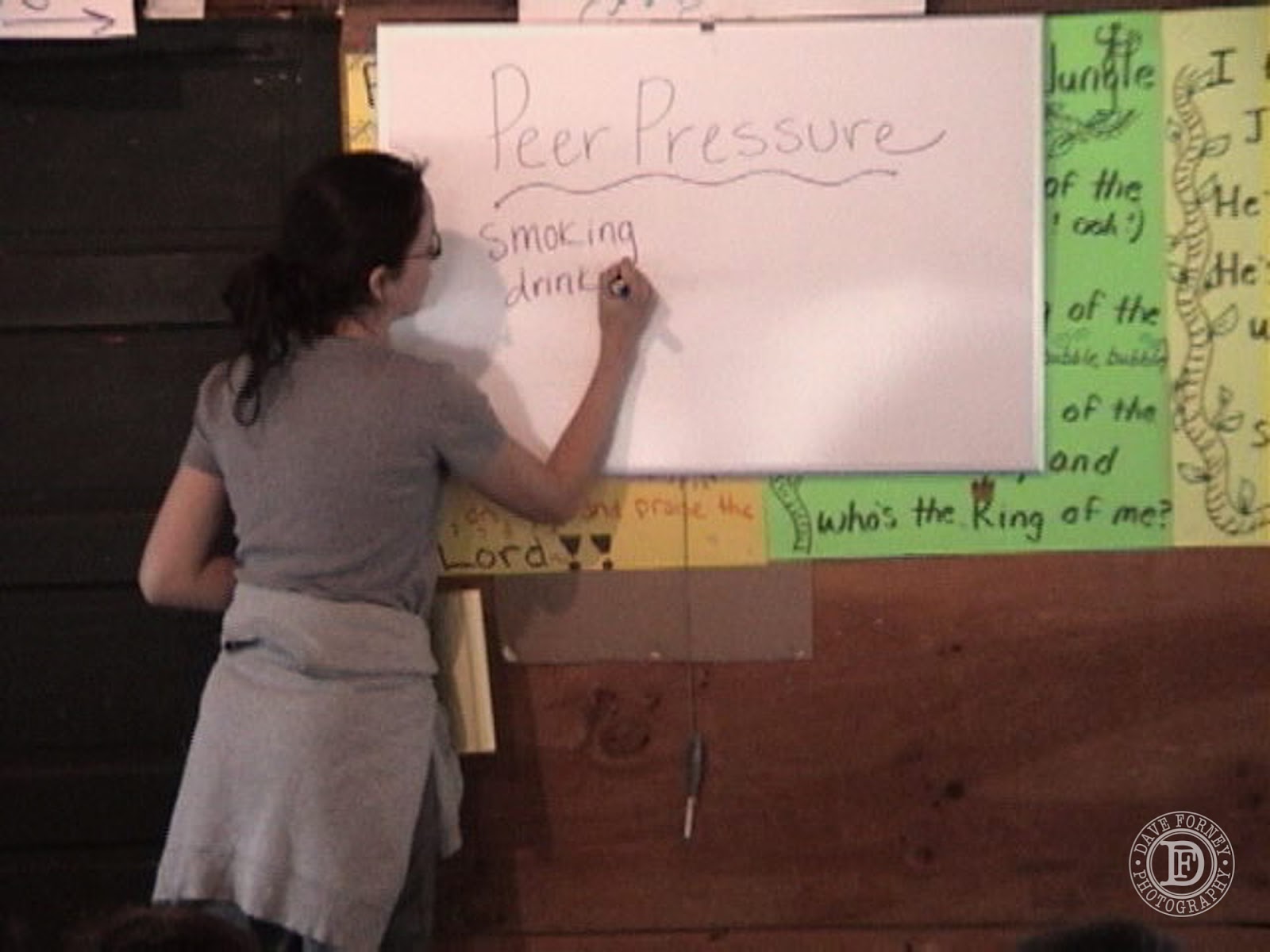 Joy even got to be an 'exterminator' at one point, when a pesky porcupine kept eating various parts of the camp buildings. 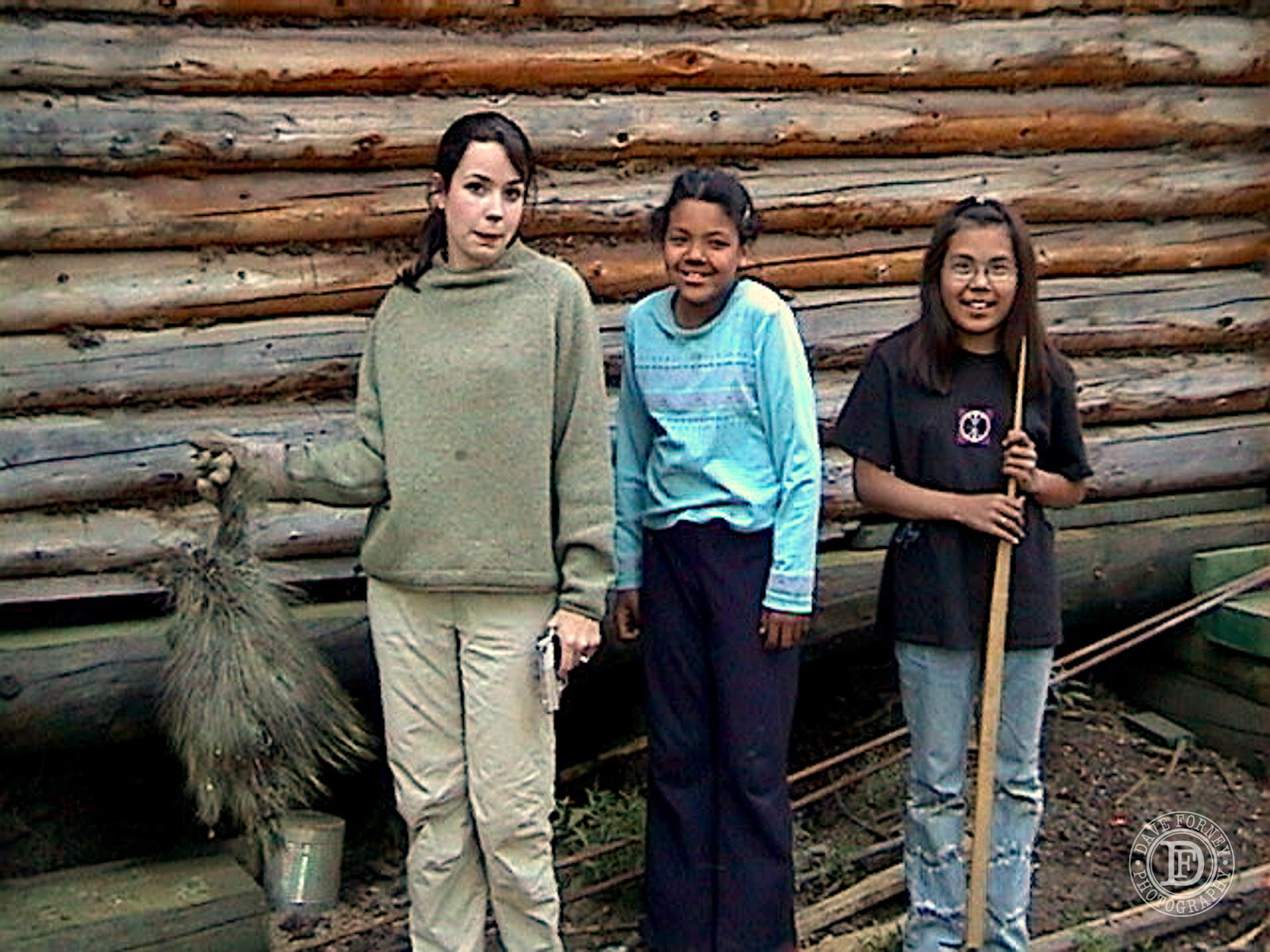 After the camp we spent a few more weeks with our manager, who was also a pilot, and who's family lived in a remote village much further north, about halfway between the camp and where 'our village' was located. He flew a Cessna 180 on floats, skis, and wheels, depending on the time of year. Here's a picture of his plane, out behind his cabin, on a small lake from where he operated. 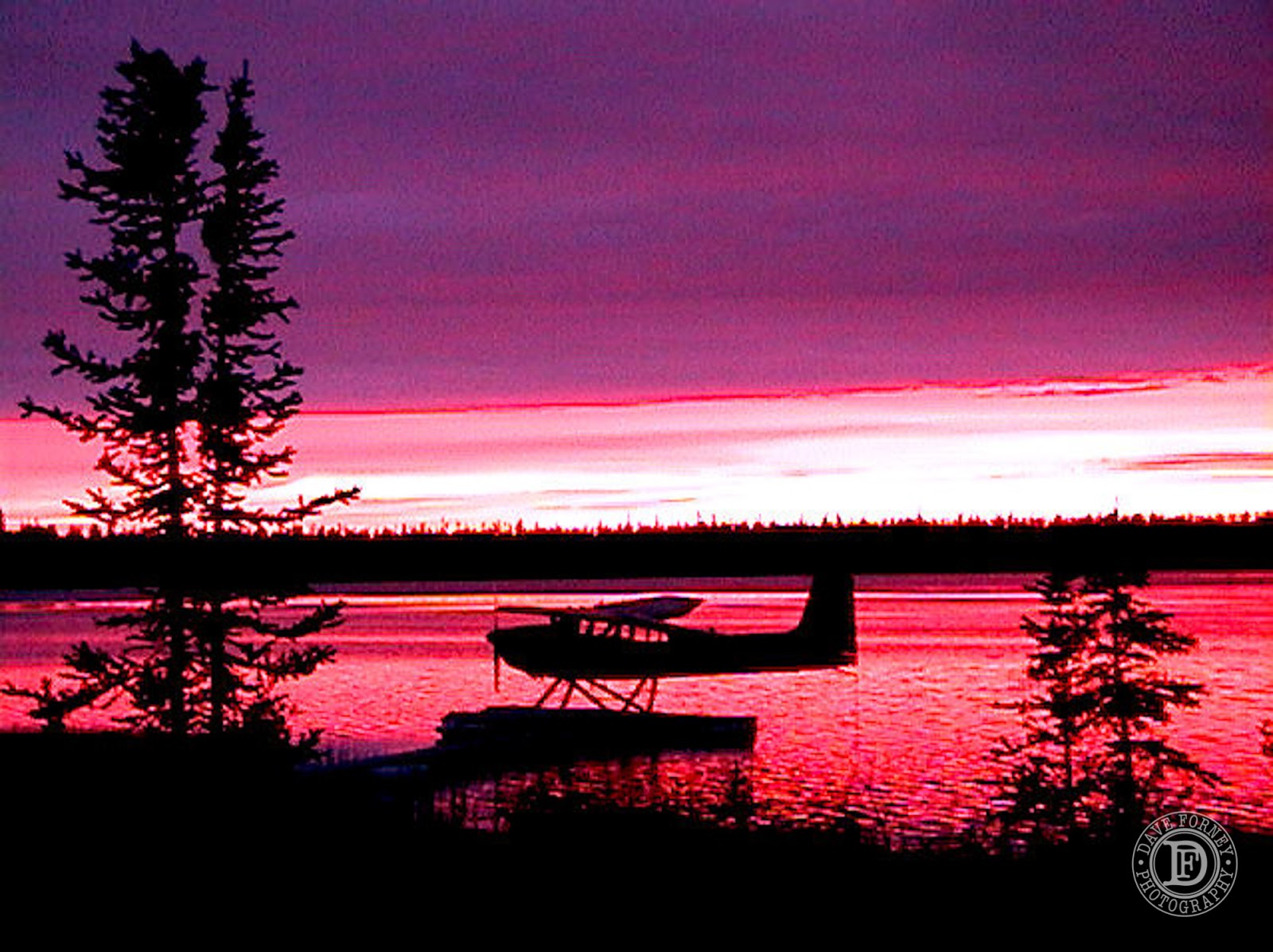 A few weeks later, near the end of summer, he took our little family (Joy, Britton, and me) and a few of our belongings, up to our future home, dropping us off on the river bank of our little village. 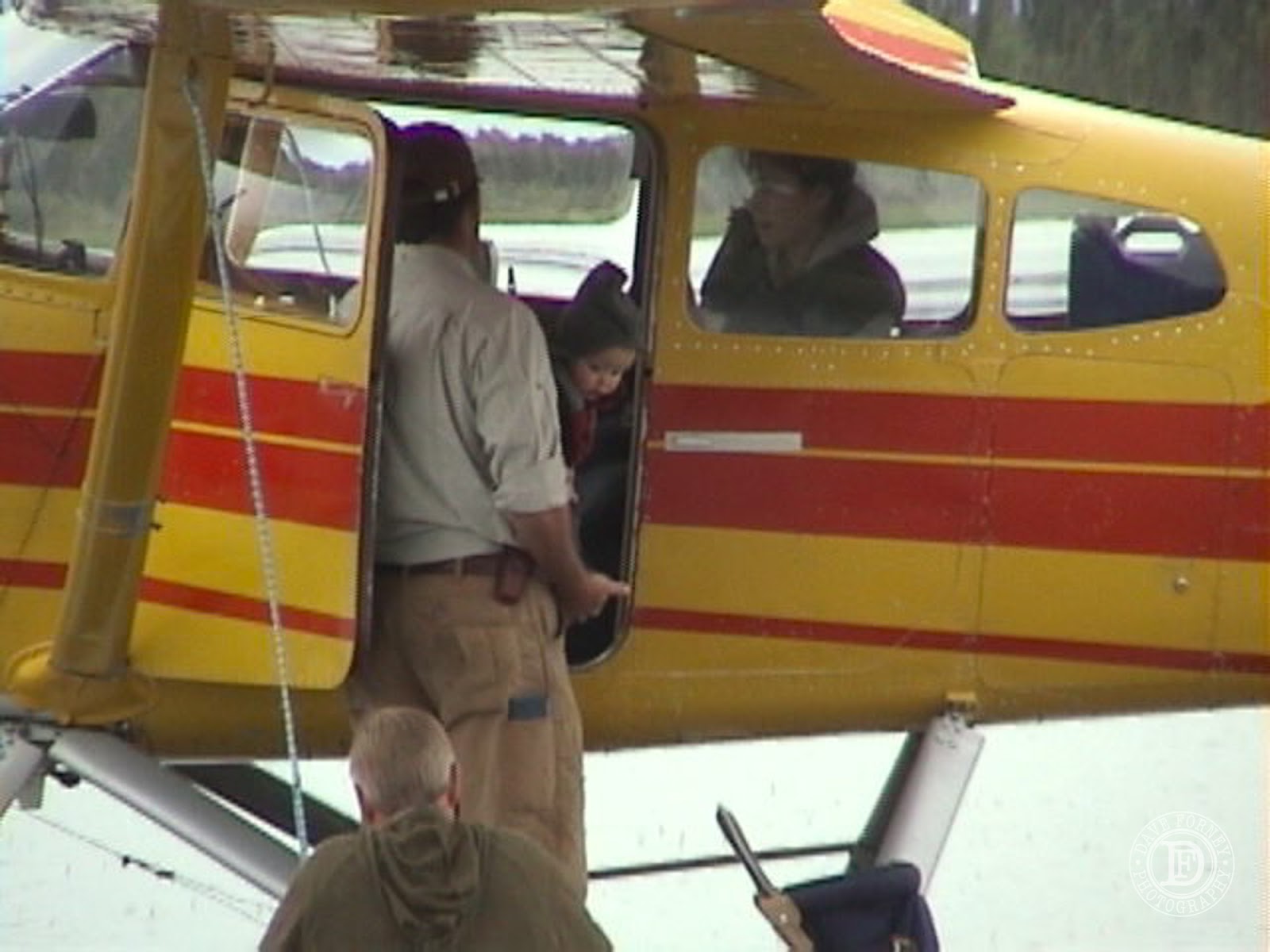 This is a shot of his plane departing... and there we were. Home. 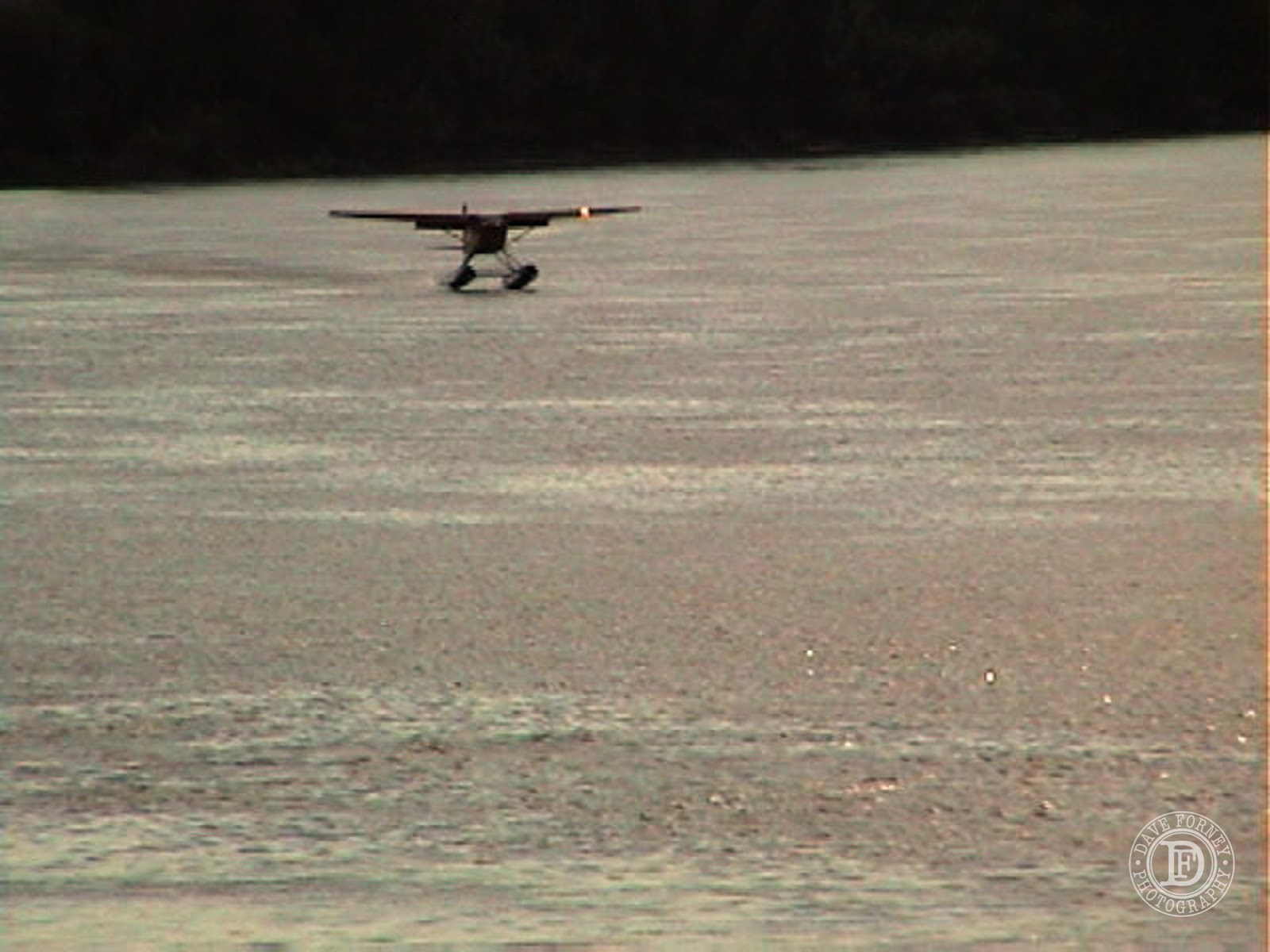 Britton had just turned one. The ice was already freezing on the puddles at night. Fall and winter were rapidly bearing down on us like a runaway freight-train, and we were setting up our home in a tiny, dilapidated, one-room cabin, on the edge of one of the most isolated villages in all of North America. We needed meat, fire wood, and water, forthwith, for our very survival. This was a subsistence village, where you hunt and gather much of your food, and haul ALL of your water to your cabin from a central location in the village, or from the river. But equally important for our emotional wellbeing, we needed friends and relationships.

We were young and energetic and willing... and WAY in over our heads. But we didn't really know it quite yet, which can sometimes be a good place to be. Over the next two years we would learn, in a hyper-intensive way, just how incapable we were/are on our own, but how more than capable our God was and is. The lessons we learned were invaluable. The relationships we developed were unbreakable. The adventure had just begun. 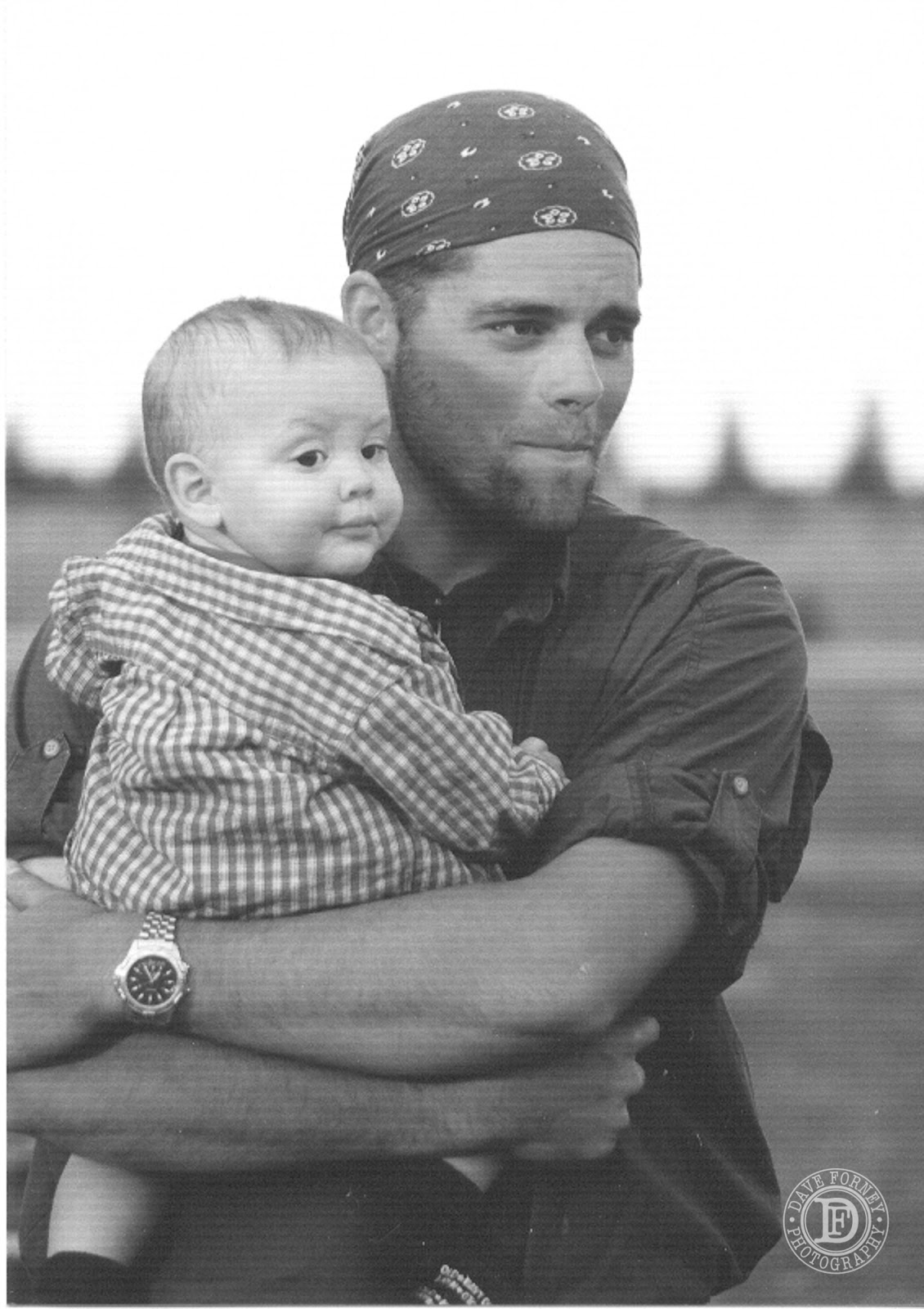