Last week our family got the chance to spend four days in Mahak Baru, a one and a half hour flight from Tarakan. 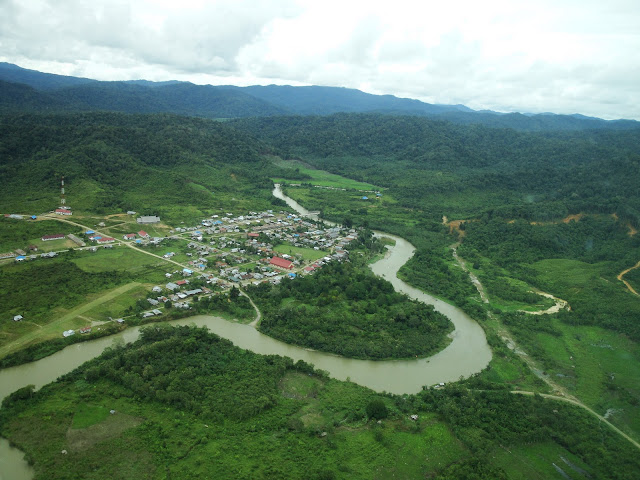 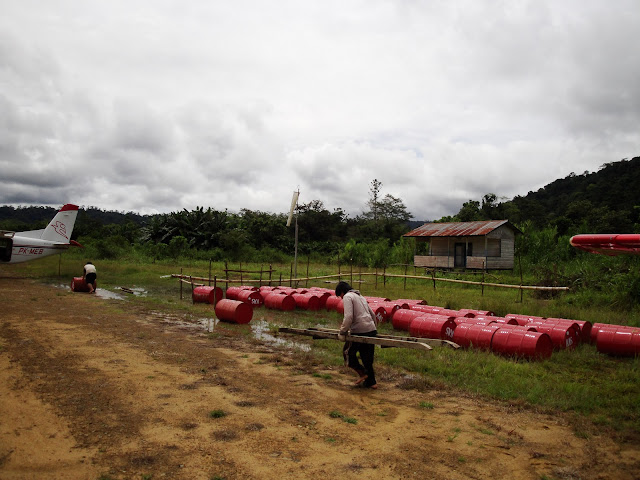 The morning we were supposed to head down there happened to be the morning we found the giant python next door, so we got a bit of a late start.  I also had to take a load of government VIPs to a nearby town before we could depart.  So by the time we got down there, it was already early afternoon.  I was only able to complete two loads before severe weather moved in and shut me down.  Bu the kids were having a blast with their new friends in Mahak! 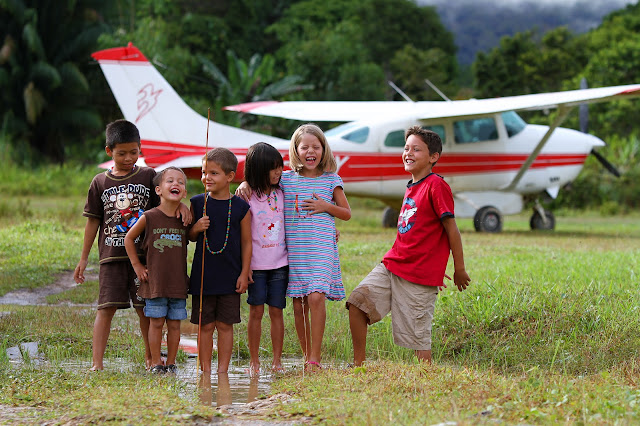 Late that afternoon as the thunder rumbled and the lightning flashed, we piled in a boat and crossed the river to check out the new airstrip that's been under construction in Mahak for several years.  I've seen it from the air hundreds of times, but never yet had the chance to walk it.  The kids and Joy thought it was a great adventure! 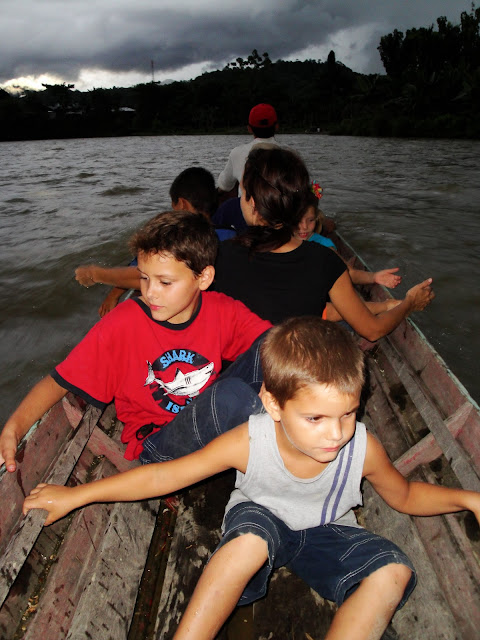 The next day, Thursday, I got an early start and departed Mahak for a normal flight schedule day.  Because of the heavy rains all night, there were lots of low clouds, but the weather was beautiful above. 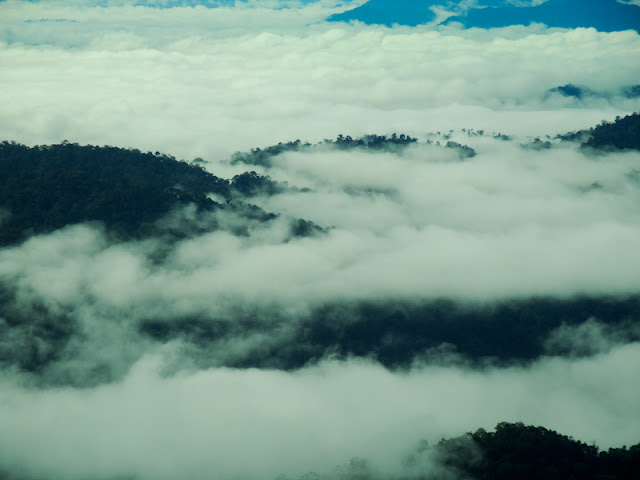 I flew people from Mahak to Malinau (one hour 15 minutes away) and then more folks to Long Pujungan, and then back to Malinau, and finally returned to Mahak Baru with another load of passengers. 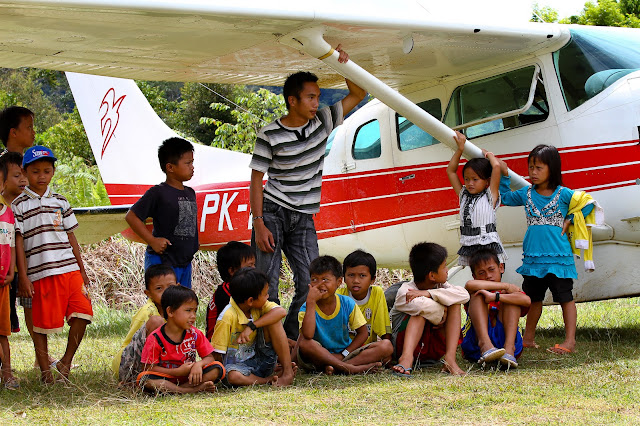 Joy and the kids were there waiting at the Gudang (shed) by the airstrip when I landed at around 1:30pm.  It was a lot of fun seeing them in the middle of the day right there in the middle of the interior.  The kids were so excited to see the airplane and to watch me fuel it up and get it ready to go again.  I departed for Lebuson with hopes of hauling lots of drums, making up for lost time and bad weather the day before. 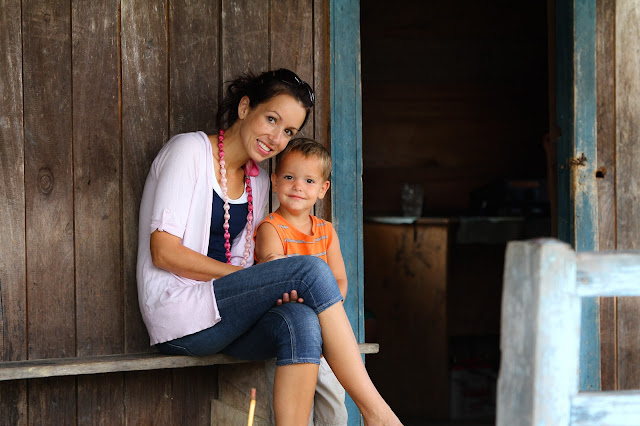 But after only my second load of drums to Long Sule, I ran into a big problem!  Following a normal landing and taxi/turn-around at the top of the strip, I shut down and that's when I heard the sound of air hissing.  My right tire was going flat and there was nothing I could do about it.  I looked things over closely--no obvious holes or signs of external damage.  We found a bicycle pump and initially thought the tire was going to hold air, but then it sank down flat again. 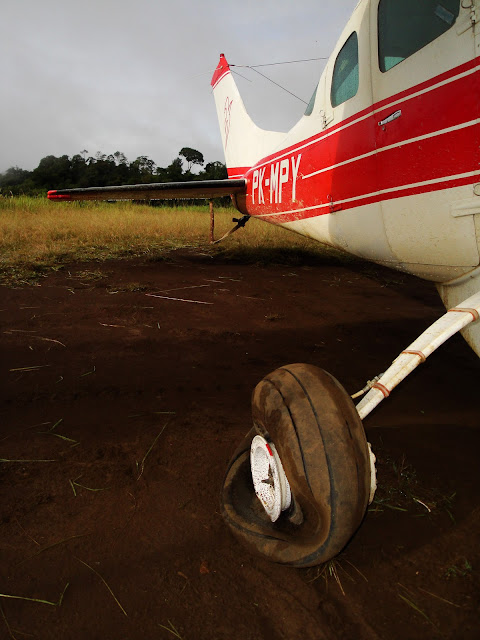 So it looked like I'd be spending the night in Long Sule (pictured below), only 15 minutes by air from my wife and kids in Mahak Baru, but it might as well have been the moon.  It's about four to five days hike between the two villages, so obviously that was out of the question.  The next morning my buddy, Paul, was planning to bring me a new wheel, tire and tube assembly.  I would simply have to wait for him.  Since Joy was not nearby the HF radio in Mahak Baru, there was no way to directly call her and tell her what happened.  I relayed my messages through others on the radio and secured the aircraft for the night, before walking down the slippery hill to Sule, just before it cut loose and started raining. 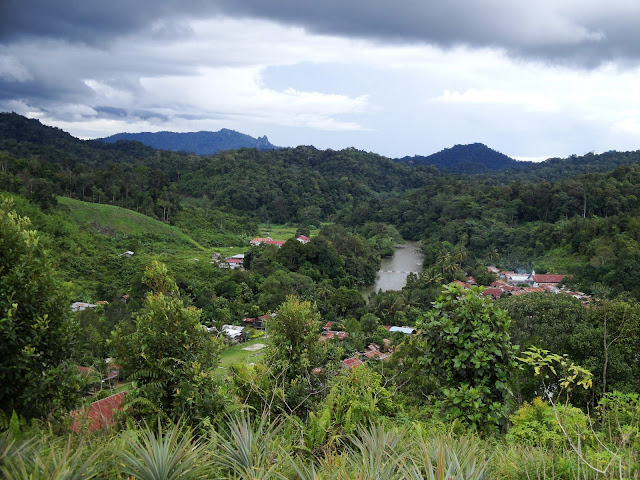 Meanwhile, over in Mahak, Joy and the kids were informed that I was stuck in Sule and would not be coming home for the night.  It seems that nearly everyone in the village saw fit to make sure they were well taken care of.  They had more food then they could eat, and ladies kept visiting and checking on Joy and the kids throughout the afternoon and evening.  Joy and the kids kept busy washing clothes and swimming in the river, cooking with the ladies over an open fire, visiting, and enjoying the tough but simple life in the village. 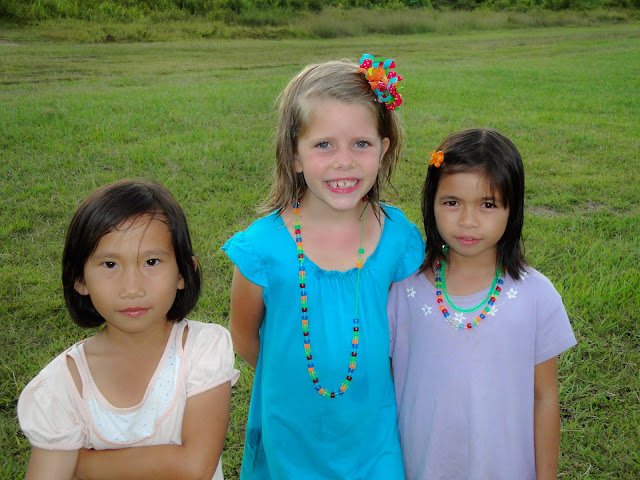 I know the people in Mahak Baru, and I knew they'd be in good hands.  :) 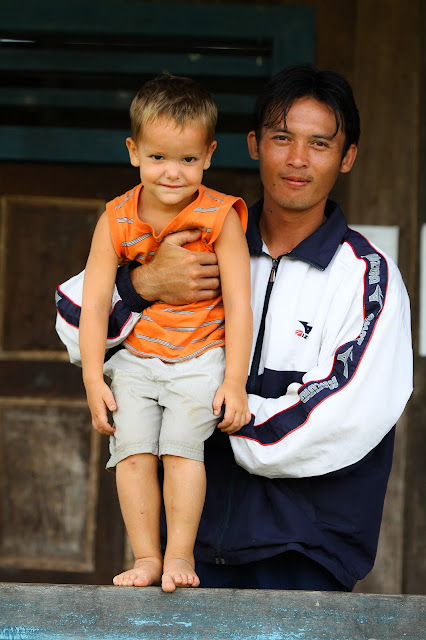 Stay tuned for Part 2, so you can find out how the rest of the trip went.
Posted by Dave at 4:23 PM

Awwww! Wow, y'all had a big week! And I can see that your sweet fam was truly in good hands. :D Awesome photos!

i'm a new teacher at mahak baru, a nice village for me...

hope someday i can meet you and your family...