Here's a random shot I took last week as I was waiting for some government folks to finish their business in Long Alango.  Notice the fancy, typical Dayak paintings on the walls of the gudang. 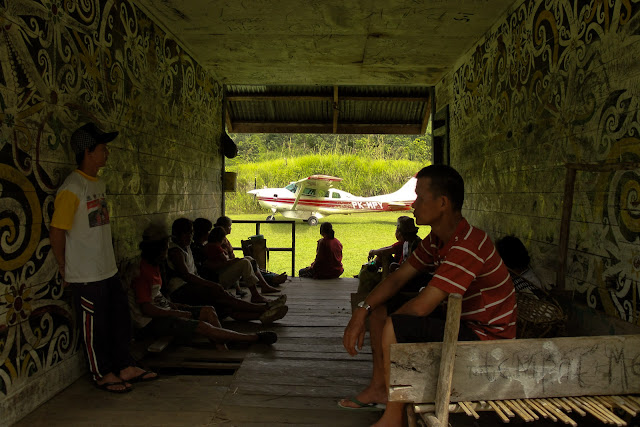 The last few weeks we've been flying lots of flights for the upcoming Bupati elections in the Apokayan region.  As I mentioned a few weeks ago, the current Bupati has reached his term-limit and so a new one will have to be elected.  It's a high and respected government position, just below the governor, and they take it pretty serious.  I've flown all of the leading contenders, often to the same villages on the same day, or within a day of each other, as they campaign.  Here I am in Long Pujungan with Pak Yansen, one of the candidates. 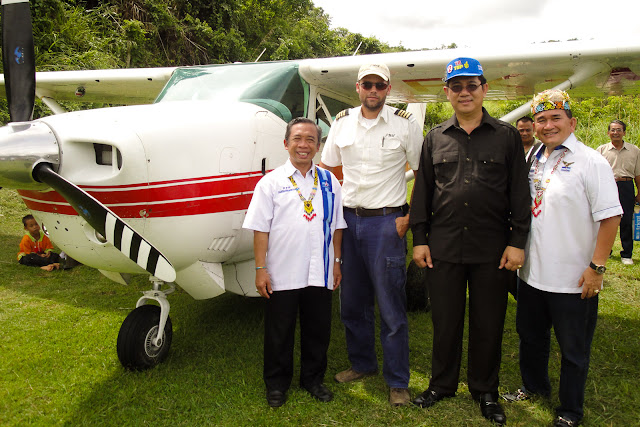 And here, a few days later, also in Long Pujungan with Pak Djalung, another leading contender. 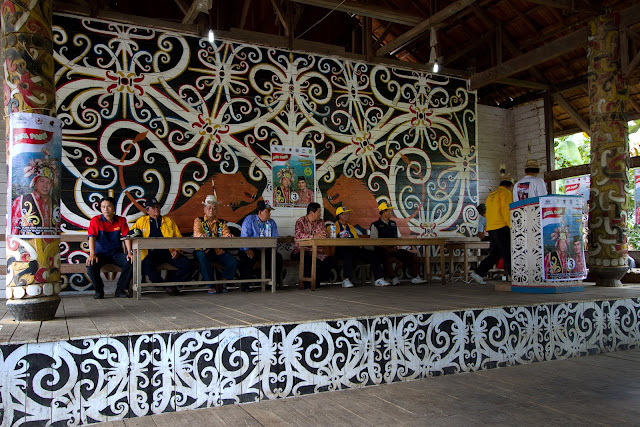 Here's a few random shots from Long Pujungan that I snapped while going to/from the rally. 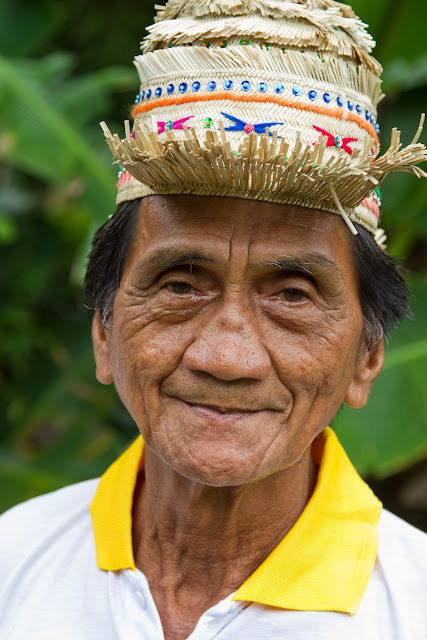 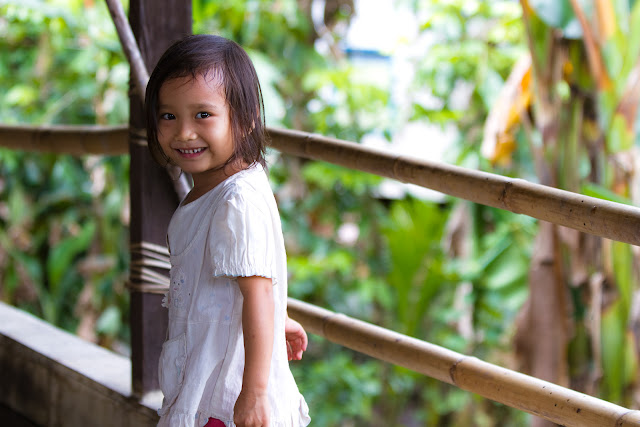 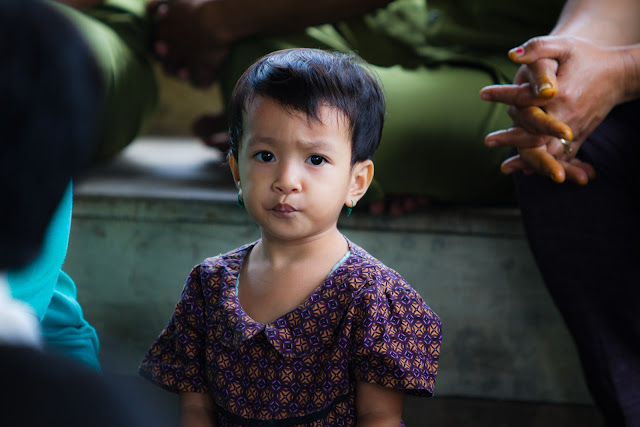 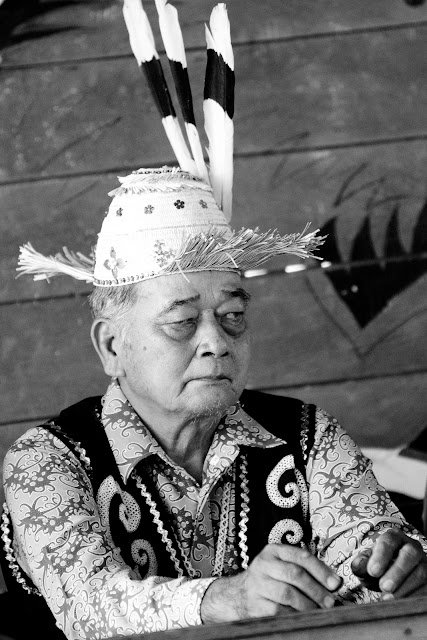 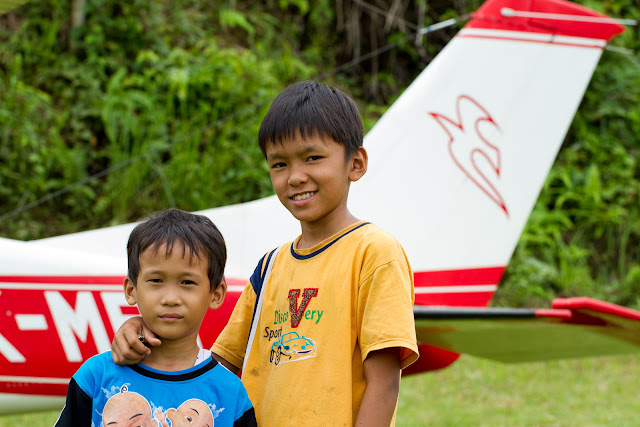 Joy's Birthday was on January 9th.  The kids and I made brownies (from a mix--thanks Beth), and ice cream for her, since I don't know how to make a cake.  The other MAF gals on the program had done some nice stuff for Joy, so we kept it simple on her birthday. 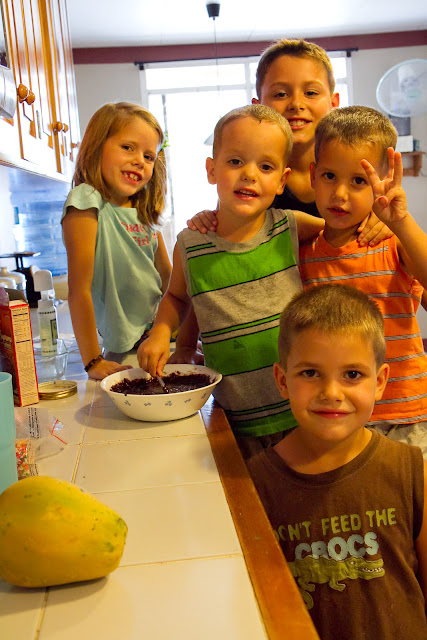 One of the "blessings" of living here are the rats.  Lots of rats!  I've probably trapped and/or shot a few dozen since we've moved here.  We've had one in our kitchen (shot that one).  We've had many running across our ceiling when we're trying to sleep...often being chased by a tomcat.  This usually lasts for 15 to 30 minutes--running, thumping, scratching sounds, before ending with a loud agonizing squeal.  But one thing we haven't had yet is a rat in the toilet.  Our friends, Chris and Sarah, did just last week.  In fact, it played peek-a-boo with them for several days causing them much consternation and annoyance before coming to an exciting end.  (After we finally got it to come out of the toilet I caught it with my gloved hand.  20 minutes after this picture was taken it was in the belly of Britton's pet Python!

To read more about "The rat Saga", you can check out Chris's facebook story here, or get Sarah's initial reactions at her blog here.  I'm sure they didn't think it was funny at the time (probably still don't.)  But it's actually a pretty hilarious story--as long as it doesn't happen to us! :) 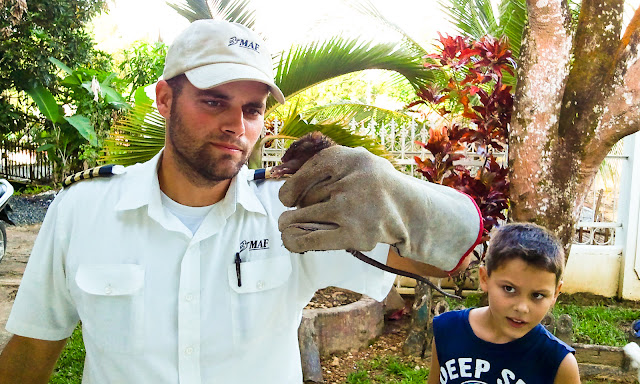 Wow! Awesome photos, again! I once heard of folks who had a squirrel in their toilet... don't remember how the story ended but it was here in the states so I don't think any animals were harmed...

I awarded your blog, if you are interested:
http://asinamirror.com/the-stylish-blogger-award-did-you-hear-that

About the rat situation, couldn't you get some cats to keep them away? Or a dog?
Here in the states, some neighboorhoods have some cats that are allowed to roam free. Welcome strays--'cause due to their presence there are no rat problems, though I can't speak for New York