Well, on Thursday I finally started my Kodiak field checkout.  Below are two random shots of the Kodiak in action here in Northeast Kalimantan.  I took these shots back in November, on the day that I did the big air-to-air shoot.  If you want to see more Kodiak pics go here. 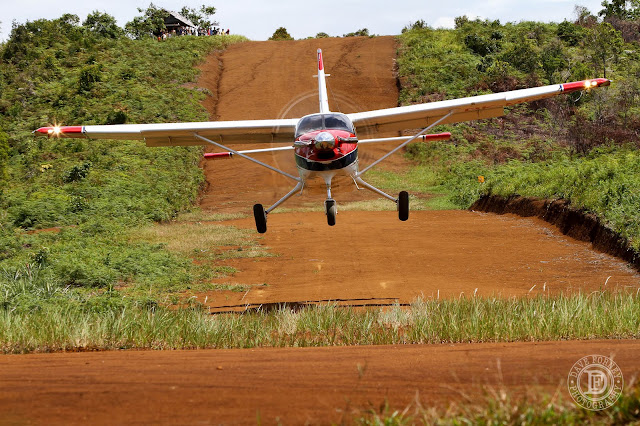 Over the next few weeks I'll be training hard in the Kodiak with my Program Manager, David H., as instructor.  I'll be practicing every type of emergency, all types of special takeoffs and landings, all kinds of air work and MAF-required maneuvers, and general operations to our interior strips.  In a few weeks I'll be heading over to Papua, Indonesia to take a Kodiak check ride with another one of our MAF pilots over there to meet the requirements for an Indonesian type rating in the Kodiak.  Then, hopefully around the end of May I'll be ready to fly without the instructor on board--but I'll still have another Kodiak "observer pilot" flying with me for another few weeks.  Finally, around mid-June, if all goes well, I'll be able to take the Kodiak out solo to those strips that I've flown in and out of so many times in the Cessna 206 over the past couple of years, only now I'll be carrying nearly twice the load! 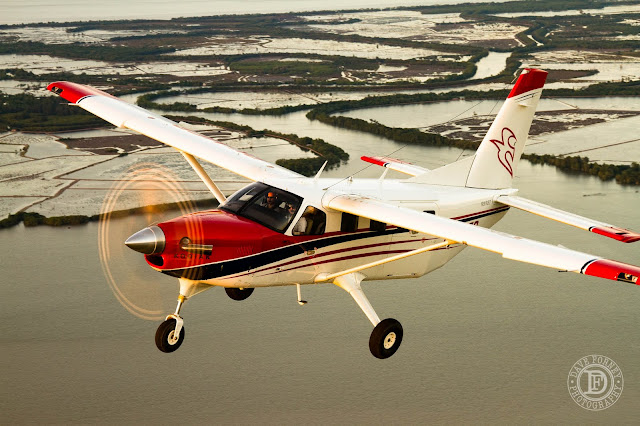 Two weeks ago we enjoyed our annual MAF Kalimantan staff conference in Balikpapan at the Le Grandeur Hotel.  It was a great time of Spiritual renewal and encouragement.  After conference we took a few extra days of vacation.  Our family had not been off "the island" (as we affectionately call our home place in Tarakan),  together in a year--since last years conference!  Sure we've gone on plenty of trips to villages and took some vacation here in Tarakan, but to truly get the batteries re-charged, you have to get "away" for a bit.  But since we have seven people in our family, it's quite expensive just to get to the closest large city, that being Balikpapan.  Soooo, since MAF already covers our transportation costs to/from our annual conference, we always stay for a few days of family vacation afterwards. :) 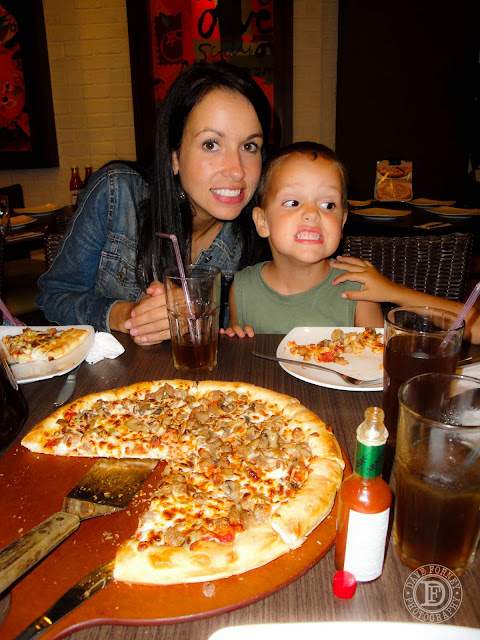 It's the simple things that get us all excited in Balikpapan.  First, the nice air-conditioned  hotel with awesome buffet breakfasts!  Second, the exciting food options!  We usually eat a big breakfast, skip lunch (or eat PB&J) and then eat the evening meal at one of two places, either Pizza Hut (above) or the brand new McDonalds (below). 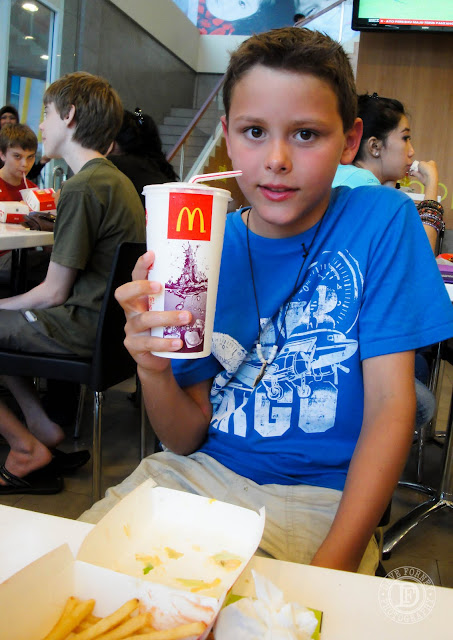 It's not quite the same as a Pizza Hut or McDonalds in the U.S., but it's a special treat none-the-less.  Last year they opened a new mall, that also has a movie theatre and even a Starbucks.  This time there was a kids movie showing in 3D, so one day we chose to skip dinner, and instead took the kids to a movie.  They had a blast!  If you're curious, it cost about $3.50 per ticket to get into the 3D movie on a weekday.  Although this killed our budget for the day, all things considered I think that's super cheap compared to what it would cost in the U.S. for a family of seven to go to a 3D movie these days.  I actually have no idea what it costs now in America--does anyone know? 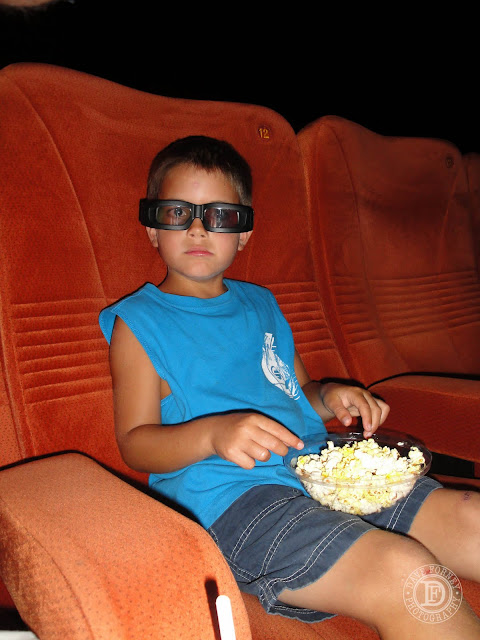 During the week of conference, the hotel we always stay at was experiencing a string of problems with their swimming pool.  By the fifth and final day of conference the kids had only been able to swim two days, which was a bummer since that's one of the things they most look forward to.  As I mentioned, we had reservations to stay a few extra days, but on that last day we looked out and saw that the pool was actually empty--as in no water!  After talking to the staff, we found out that there was a leak, and they said it would take up to four days to fix it.

There's one other nice hotel with a pool in Balikpapan, but we've never stayed there b/c it's a bit out of our price range.  But I went over and talked with them and worked out a deal so that we could move over there for the remainder of our time.  It was just what we needed!  Here's the view of the swimming pool (that we pretty much lived at for a few days) from our 8th story hotel window.  In the distance is the  Ocean. 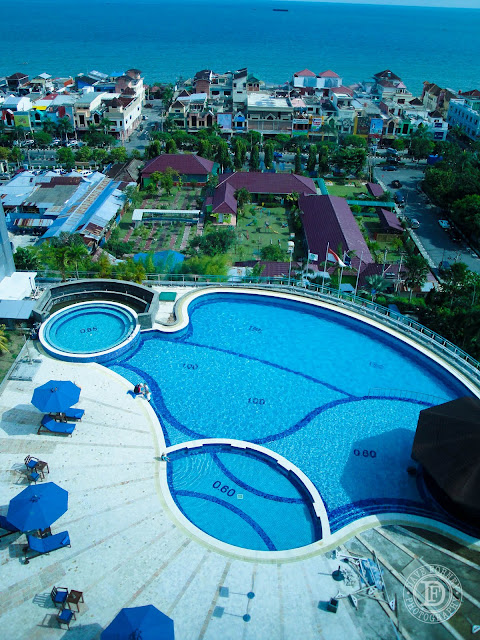 I'll confess, it's been pretty exhausting since I returned from the U.S., and I haven't had any time to take my camera out of the closet, let alone do good, regular blog posts.  I hope you understand.  To give you just a brief idea, here's a few of the things we've been dealing with in addition to the normal stresses of life over here:  while I was gone our bedroom A/C unit condenser went out.  Joy arranged for a new one to be ordered from Jakarta ($160), and a guy came and "fixed"it just after I got back.  Two days later it broke again and they had to order another one (they didn't charge us for the second one, but that meant another week or two of no a/c in the bedroom.)

Meanwhile, the sink was clogged and when I tried to drain it the pipe broke right out of the wall (those that have lived in a third-world-country understand the nightmares related to plumbing challenges over here!  It took several days, skinned knuckles, extra pipe and a lot of marine epoxy to finally repair it, but meanwhile the bathroom towel racks fell out of the wall.  When repairing that, the bracket that holds the towel bar broke in two.  Meanwhile, our clothes dryer quit working the day before conference and there's no repairman that will fix it anywhere in Tarakan.  Looks like we'll have to buy another one (nearly $600).   The day we were leaving for conference, our transformer that converts 240 volts to 120 volts for Joy's kitchen appliances from the U.S. decided to quit working as well.  In addition, we had wiring issues in the office and other typical problems of doors jamming and locks broken throughout the house--a result of the walls shifting and sagging.

Oh, and that was just during the one week between the time that I returned from the U.S. and the time that we left for conference.  AND, in the meantime Joy was trying to sort out a million details related to conference planning, and I was trying to catch up on desk work, while also working full-time on the Kodiak inspection, and trying to get the upper hand on stuff breaking around the house (to no avail).

We put it all out of our minds as best we could while we were on vacation, but of course, it was all waiting for us as soon as we got back here--all the stuff to fix and deal with.  And now I'm putting a lot of energy into the Kodiak checkout.  So again, forgive me if the blog updates are a little sparse over the next few weeks or so.  There's a good reason. :)
Posted by Dave at 9:51 AM

Email ThisBlogThis!Share to TwitterShare to FacebookShare to Pinterest
Labels: Misc.

I feel your pain related to third world plumbing issues. It even makes my special words come out. There are some things that a good Christian man just should not attempt if he wants to maintain his holiness. Hang in there!

So glad to know y'all had a chance to rest and recharge! Praying for you, too, that the Lord will continue to protect you all and make provision for all these irritations and problems! Don't worry about us being deprived for a while; we will wait :) and it's just good to know you are okay.

So sorry about all that has happened in your house. I lift your family up to the Father.

At the small theater in our town, regular movies are $4 and I think the 3D may be $2 more. Our theater is the cheapest around, and is fairly nice. It doesn't always get all the new movies, but it gets most of them.

That's a lot of crazy stuff to happen in one week. I'm sure glad y'all have Christ to cling to and go to, because without Him we'd all be lost--in more ways than one.