This has post been corrected thanks to Irvan.  It's not a dragon dance, but a lion dance depicted.
Gong Xi Fa Chai!  Congratulations and Prosperity! Yesterday was Chinese New Years and it's widely celebrated throughout most of Asia.  Tarakan is no exception!  99% of the stores in Tarakan were closed yesterday as everyone celebrates and visits family and friends.  The banner below was hanging on the wall of our favorite restaurant, just down the hill from our house.

According to the Chinese calendar, this is the year of the dragon--the water dragon to be exact.  There's a tradition (with spiritual beliefs often attached to it) that's widely followed where people pay to have a dragon dance (or lion dance) performed at their establishment or home or in a parade or whatever.  As Irvan pointed out, this is actually a lion dance below, not a dragon dance.  Since it was the year of the dragon and some of the locals asked me if I wanted to see the dragon dance, I just assumed this was a dragon dance.  But I must admit, I didn't think they looked very much like dragons.  I figured it was just a "small town" version of the dragon dance.  Wrong.  To be fair they don't look much like lions either.
The truth is, both the lion dance and the dragon dance play an important role in the Chinese New Year celebrations, and both have many traditions and beliefs associated with them.  We heard about many of those from our friends, and perhaps some of that crosses over between the two.  In any case, don't confuse them like I did.  These are obviously lions, not dragons. :-) 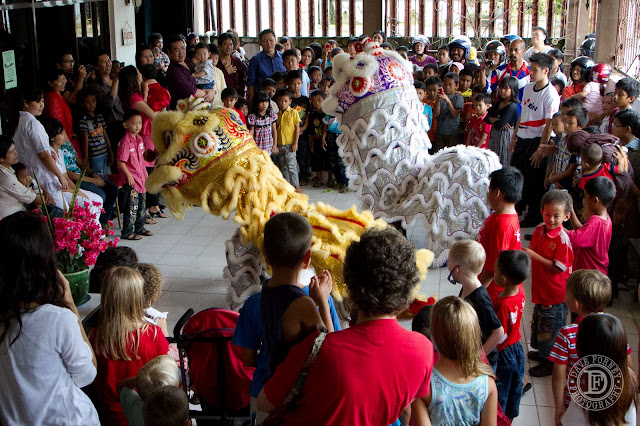 This is the first time I've had the chance to see it because usually I'm flying on Chinese New Years. 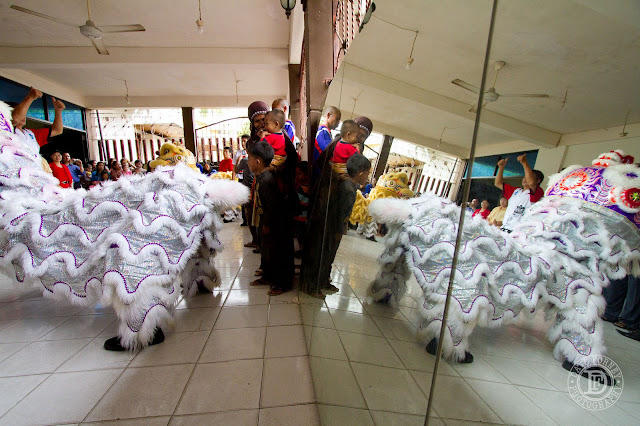 Our friend who owns the B21 Restaurant, just a stones throw from our house, invited us down to watch the lion dance at his restaurant and then eat lunch there with all of his family and friends and other MAFers. 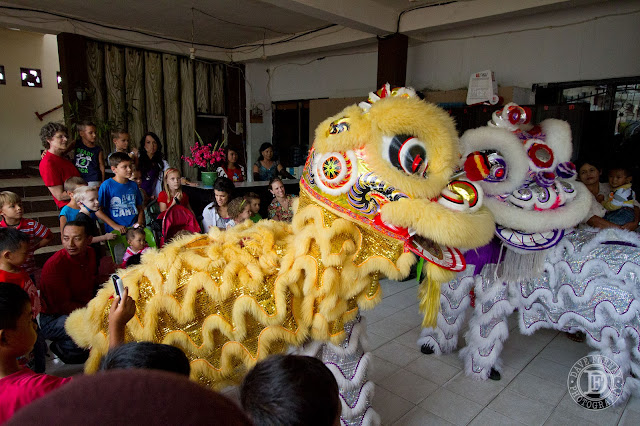 We could hear the drums off in the distance as the lion dance team came down the road from a previous dance location.  All the kids in our kampung (neighborhood) came running, along with their parents and crowded into the front room of the restaurant (which was closed for the holiday). 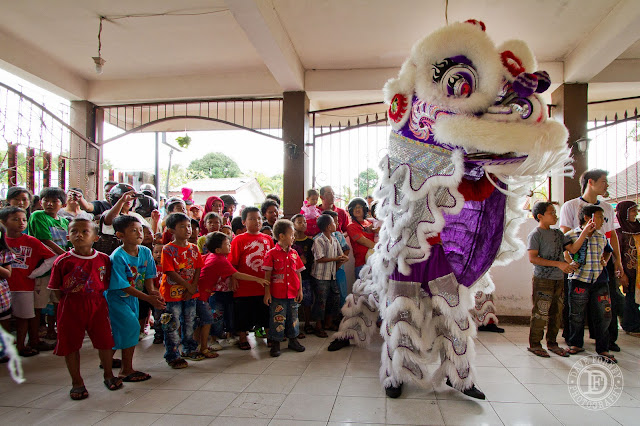 Outside, the truck carrying the drummers was parked in the street, drumming and playing music, while inside, two brightly colored "lions" were dancing around at the whim of the two men who were inside each suit.  It was quite a spectacle, and must take a lot of skill and practice.  There's a lot more to it than that, including the beliefs and traditions that are associated with it.  If you want to find out more, I'd encourage you to look it up on Wikipedia, or go find your nearest China town and ask some of the friendly folks there all about it.  If they're anything like our friends here they'll be very happy to tell you all about it. 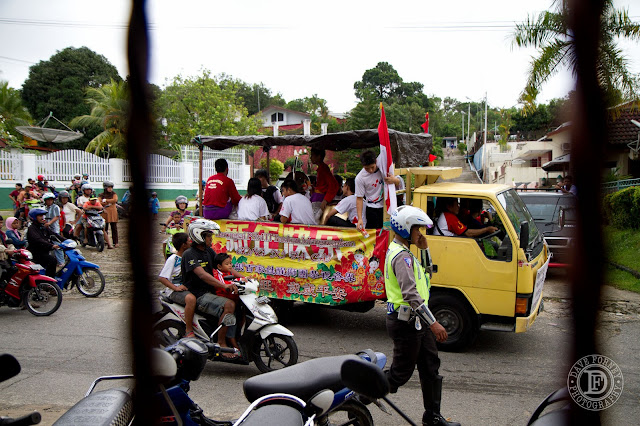 As I said, after the dance was over, we joined a bunch of other people and had a really tasty lunch at the restaurant, courtesy of the owner. 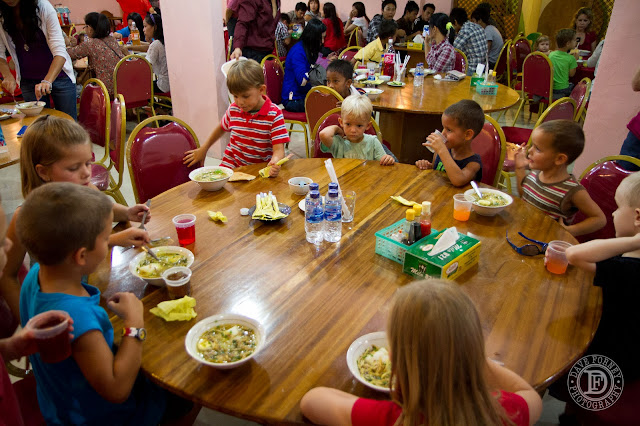 So there you go! In the spirit of all of the Chinese celebrations going on in Tarakan, Gong Xi Fa Chai to you and your friends.  Congratulations and Prosperity!
Posted by Dave at 3:35 PM

whoa! this post is great! i love it. but FYI, this is lion dance, not dragon dance :). be not confused, since this is asia. asia's dragon is more like snake with feet and horn on its head.

lion dance is performed by 2 person, while dragon dance performed more than 4 people. you can see the video on youtube.

Lion dance is a must for Chinese New Year, it's to scare off bad spirits and to bring luck to the establishment !
Chinese also give out 'Ang Pow' (Red Packet) to family and friends who are single to bless them.