Well, this is the last post from Irau.  Here's a shot one evening as we're all gathering in the community building for dinner. 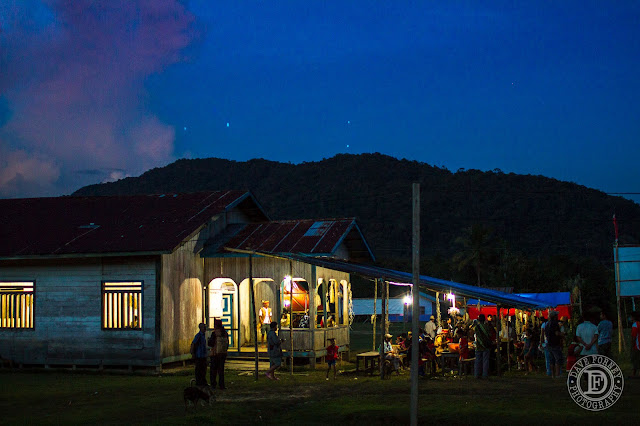 And here's dinner on it's way (this was about an hour or two earlier). 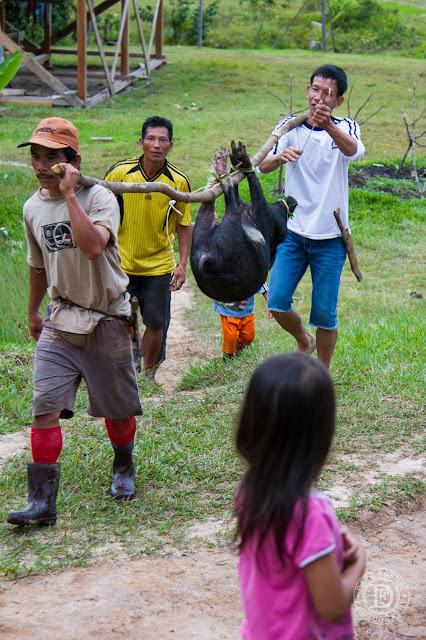 And here's dinner being prepared.  First they kill it, then they singe all the hair off, then they "dress" and quarter it--or the rough equivalent.  And finally they cut up the fat and meat into cubes and boil it...the fat being the favorite part. 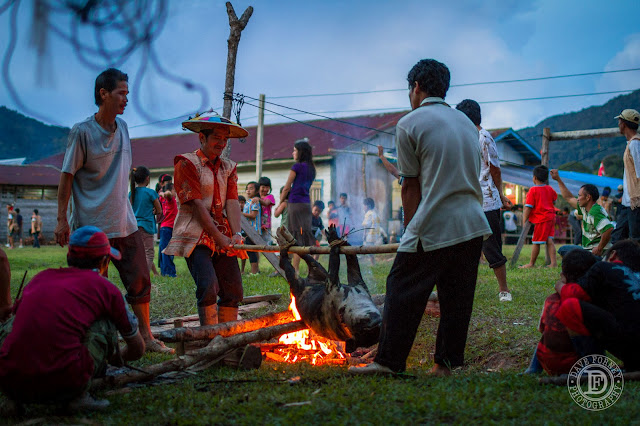 Every night there were at least two or three pigs AND a water buffalo that were killed and prepared for the meals the following day.  As it began to get dark everyone would gather just outside the community building... 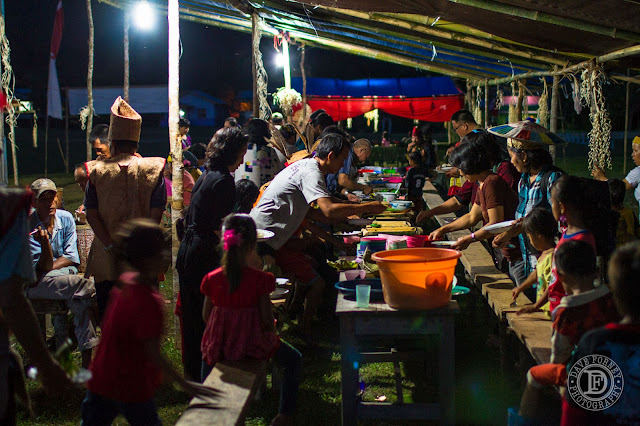 ...or inside if you preferred.  Actually, this particular night we all got forced in b/c of rain.  The ladies were constantly bringing out more food.  I've never been on a cruise, but from the descriptions that I've heard, this would be sort of like the Dayak equivalent of a Western cruise, as far as the food goes--come and go as you please and when you please, and eat as much as you want, and then eat some more. 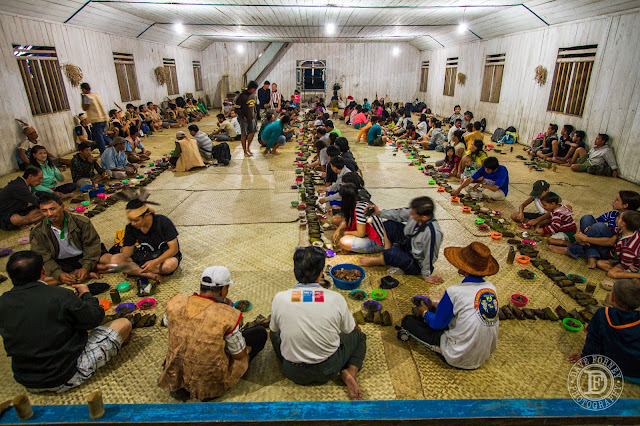 Speaking of rain, the weather in the mountainous interior follows a fairly typical pattern.  It's usually bright and sunny and hot, with blue skies and white fair weather cumulous clouds during the day, and then around about 4:00 the dark clouds move in and the heavens open up and it rains cats and dogs!  (What exactly does that phrase mean anyway?  Try and translate that into Indonesian and see how well it works. ) 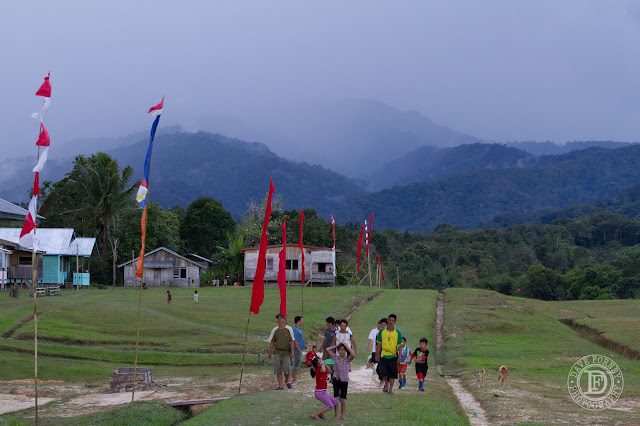 We're used to the very hot and humid temperatures in Tarakan, so not the cooler temps at 3,000 feet, and the rain feel down right cold!  Here, Hudson is making a break for it, after running across the airstrip to fetch his sweatshirt (which he only ever wears when we're interior). 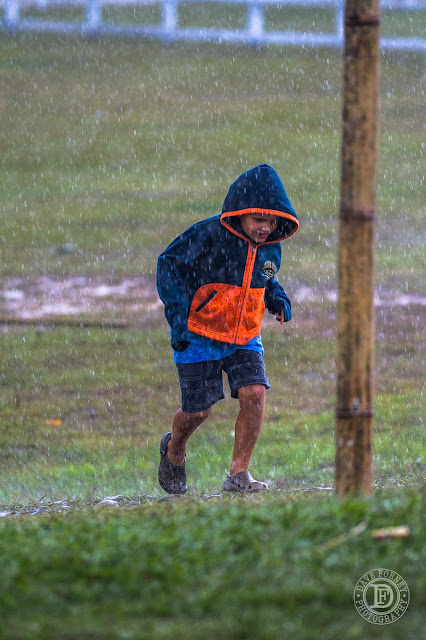 It's not uncommon for the rain to only last a half hour or so and then the blue sky begins to poke out again--the jungle immediately beginning to steam and form clouds or fog just above the trees.  This series of shots were all taken the same evening, starting with the two above.  This is often how it unfolds, and we love it--the clear, clean, cooler air and the beautiful skies! 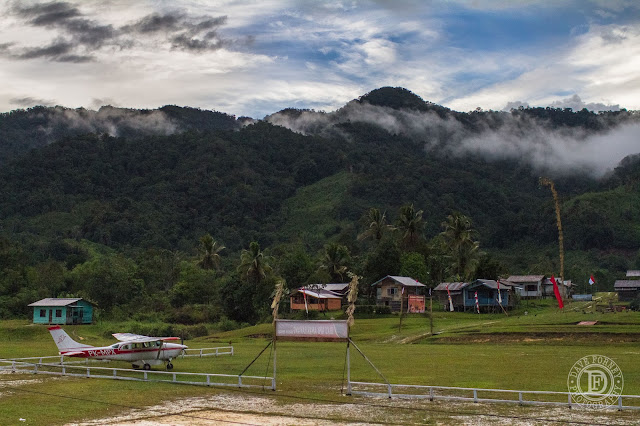 And not long after that the sun begins to light up the clouds. 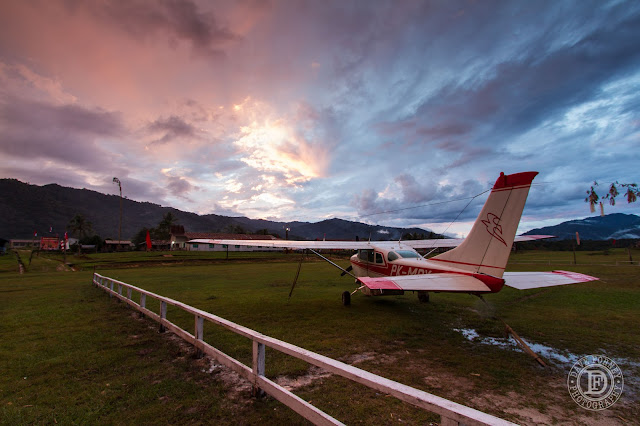 This was a pretty spectacular sky--the sun painting up the western sky, with distant lighting flashing across the Southeast.  I had every intention of capturing the lighting, but that takes patience and my family was being called repeatedly on the village megaphone for dinner.  Since everyone was pretty much waiting for me, and since my name was being called over and over for the whole village to hear, well, I decided I'd just have to settle for a non-lightning picture. 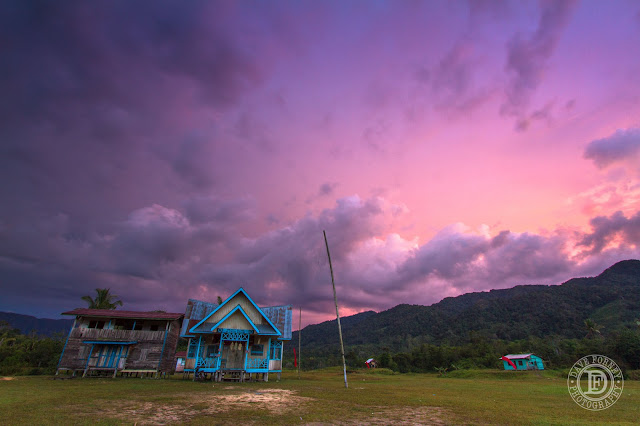 Then, sometime in the night it often clouds over again and rains or drizzles lightly for several hours, until the wee hours of the morning--providing a wonderful putter-pattering soundtrack on the tin roofs.  In the morning, everything is socked in by low clouds and fog, a result of all the moisture from the night before.  And not long after the sun rises, it begins to burn off and forms clouds which then build back into more thunderstorms by afternoon and the whole process is repeated again, and again, and again. 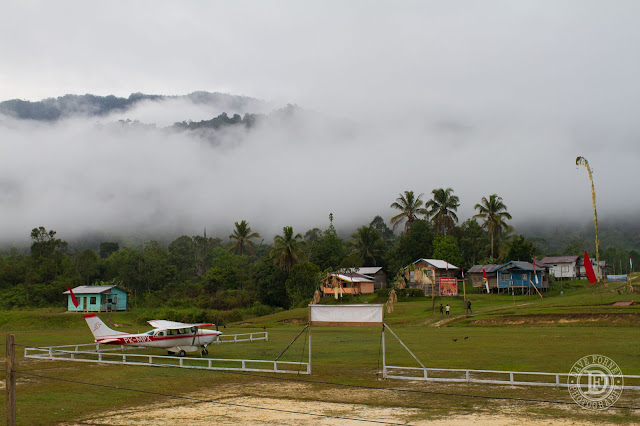 Well, I hope you enjoyed this little 4-part photo glimpse into the festivities of Irau at Binuang.  I know we sure enjoyed being there!

Once again a very detailed window into your Irau experience, both in your photos and your written captions. From the coverage of the culture, the food including the squirming grubs, the people, to the repetitive weather cycle, all was so well brought out in your posts.