Here's another look at a typical day in flying the Kodiak.  This was a random day about two weeks ago.  I wasn't able to post it till now because our Internet has been too slow and intermittent to get the pictures uploaded. 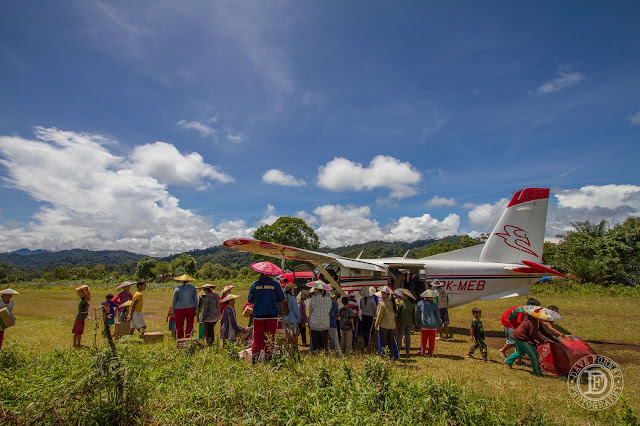 I started the day by flying passengers to Malinau where I added fuel and picked up another load of village passengers to Mahak Baru.  This is one of our regular government-subsidized flights that provides a win-win for both the people we serve and for us.  They get to ride for a really cheap price, and we get to position the airplane interior with the expenses covered.

Once positioned interior, I removed all eight aft seats, and reconfigured the plane for cargo loading.  There's about 30 to 40 loads of cargo standing by in Mahak Baru, ready to go to the nearby village of Long Sule (less than 10 minutes by air, but about 3 or 4 days hike away).  Whereas Mahak Baru has a connection with the outside world via jungle road and river--albeit a very long and dangerous connection--Long Sule still relies totally on the airplane for outside supplies. 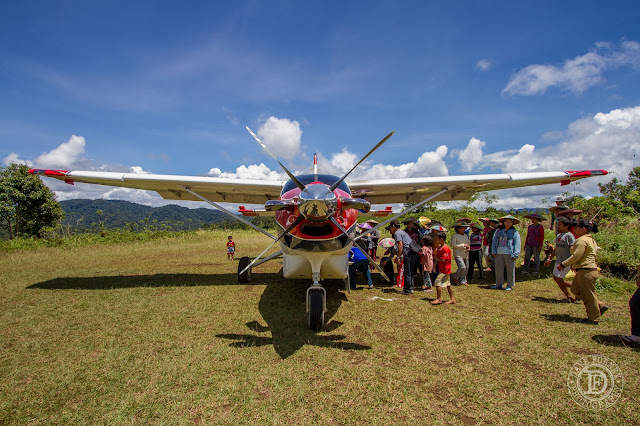 On days like this its' typical for dozens and dozens of people to climb the hill above the village to the airstrip to help carry (or roll) the stuff back down to the village.  They're always super excited to see all the stuff, and I probably get thanked about five or ten times per load. 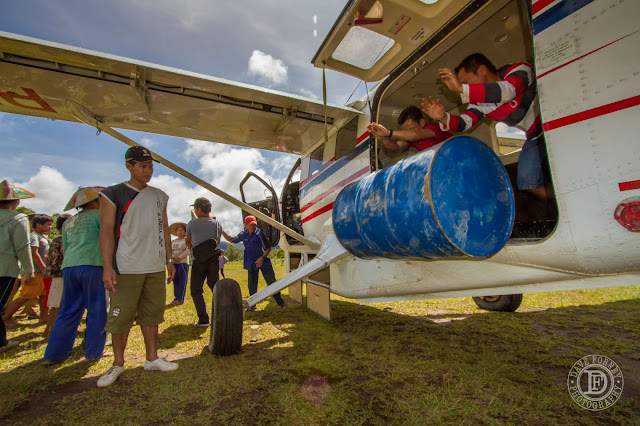 The first load included four full drums of gasoline (they'll use it for their small motorized canoes, chainsaws, etc.) and some additional odds and ends in the pod. 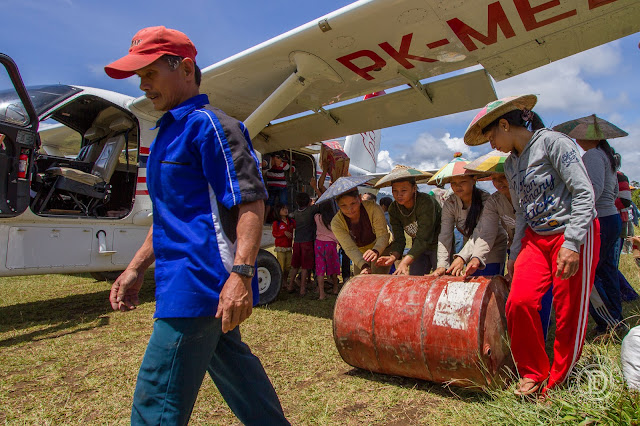 The second load was mostly food staples.  That's a 50kg or 110lb sack of sugar they're carrying from the pod in the picture below. 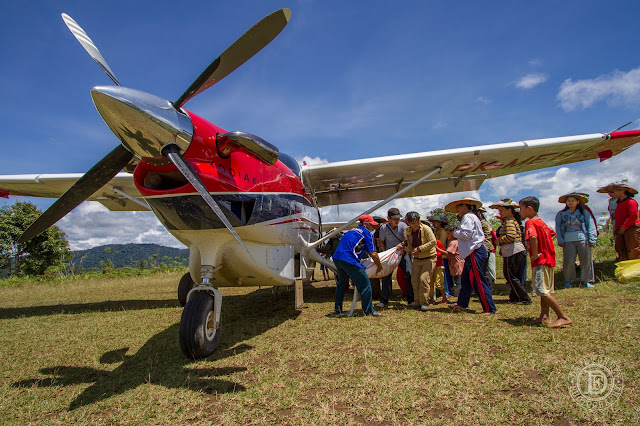 There was also rice, noodles, eggs, cooking oil, and lots of other things. 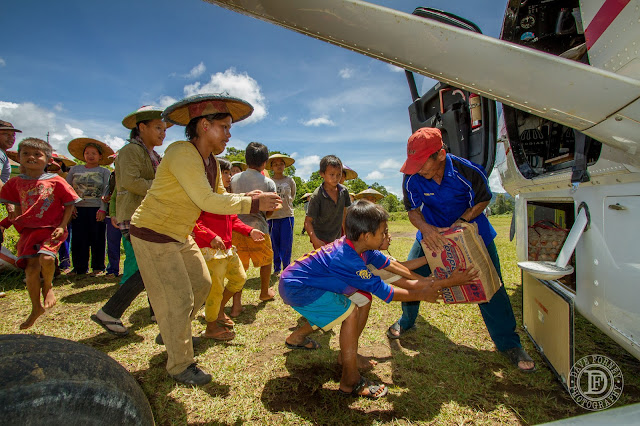 All said approximately 1,750 lbs of food supplies were delivered in the second load! 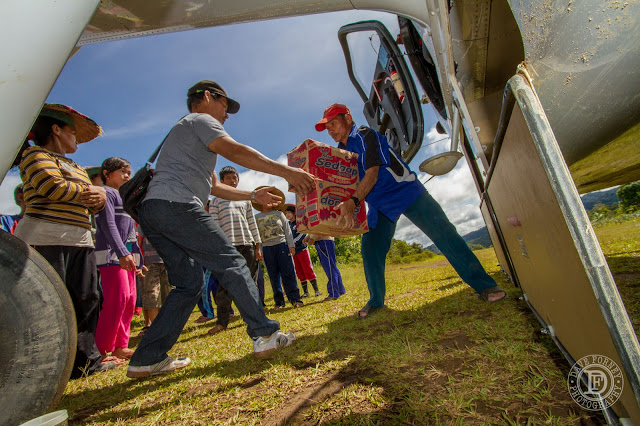 The third load was mostly cement and building supplies.  Again, about 800kg or 1,750 lbs worth!  We have them wrap the cement sacks in plastic bags to try to cut down on the dust and powder than would otherwise coat the inside of the aircraft and could damage the instruments and corrode the aluminum. 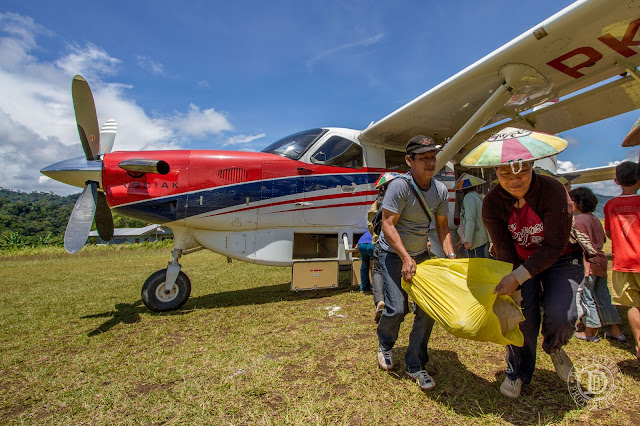 After reconfiguring the plane back to the passenger setup, and adding more fuel, I once again loaded up with passengers for Malinau around 2:00 in the afternoon.  By this time in the day there are often large tropical thunderstorms developing, so we're constantly keeping an eye on the weather. 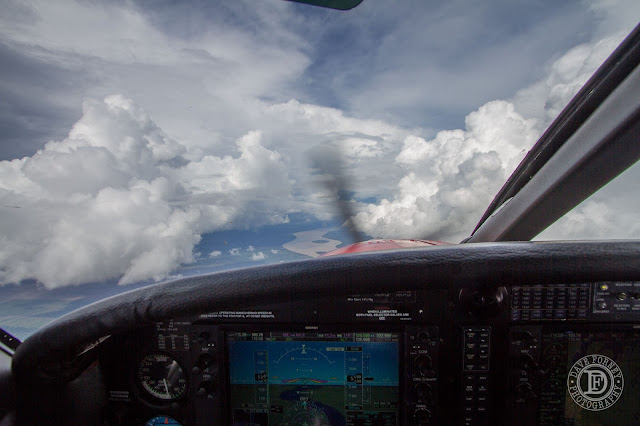 In Malinau there was a medevac patient waiting to go to Tarakan.  After adding a bit more fuel, and loading up the new passengers, we were landing in Tarakan 25 minutes later where an ambulance was waiting to take the patient to the hospital. 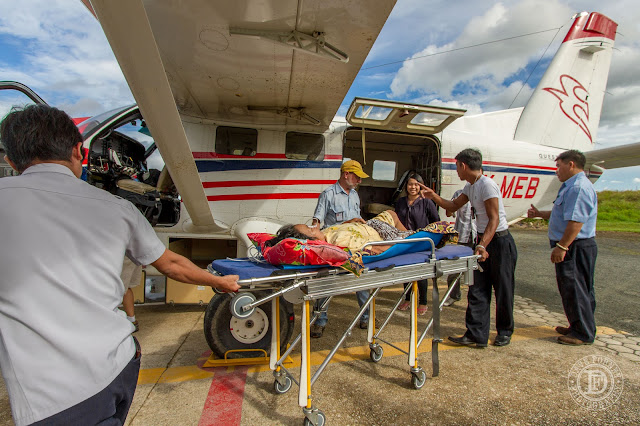 Thanks for doing this Dave. Isn't God good to give us ways to make people's lives easier? Planes, sewing machines (my connection to help people), or whatever.
Sandy in the UK

I love viewing your blog and what God has made and called you to be and do. It just blows me away. I LOVE it. It always grips my heart and amazes me. I'm so proud of you and so proud that you're in our family. You are a great delight to your heavenly Father.