Here's a few random pics from the past few weeks with a few little stories to go along with them. 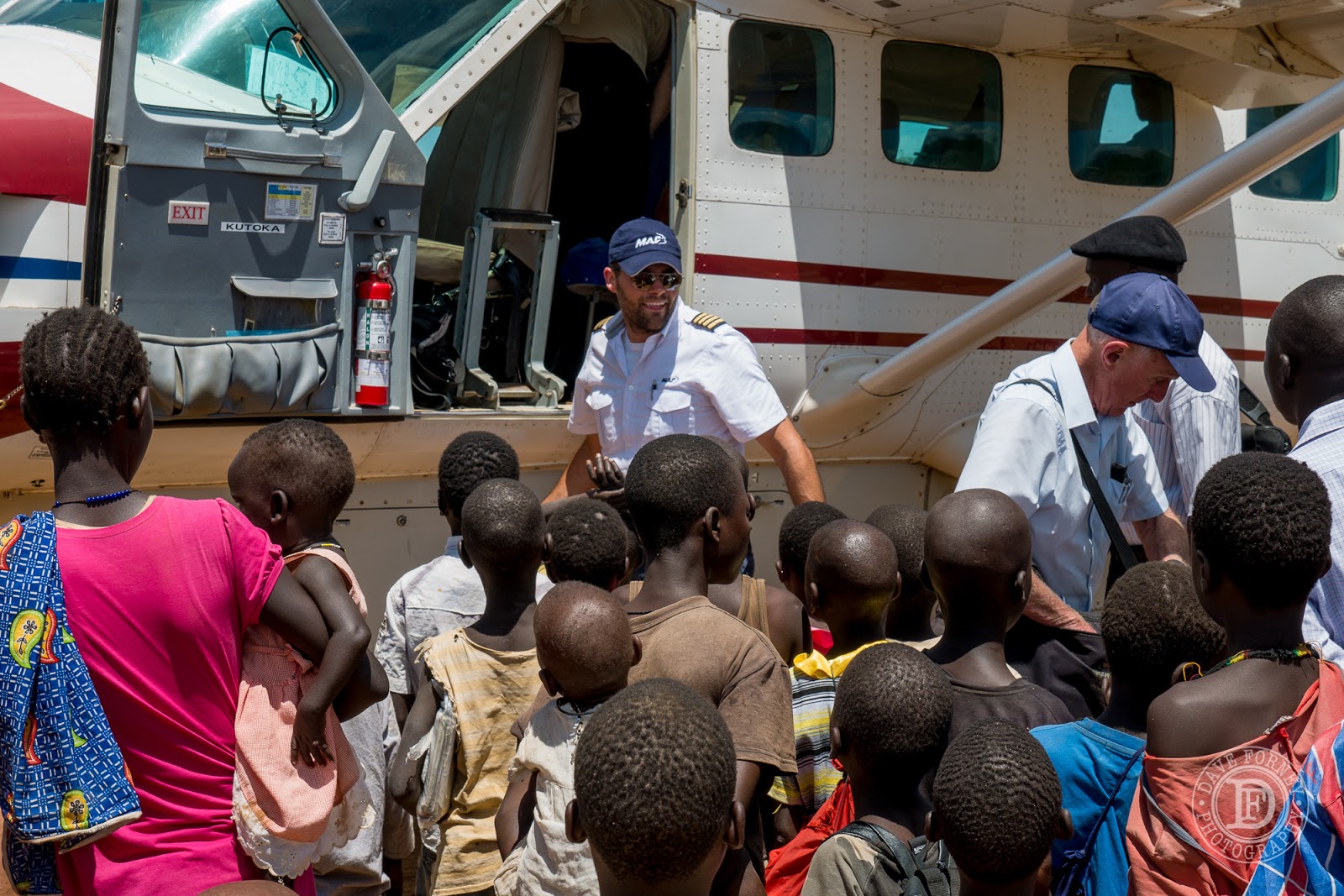 Each time we fly, our plane is filled with a variety of people from a bunch of different mission organizations and NGO's that are serving people in many remote locations throughout Uganda, S. Sudan, and East DRC.  For example, on one of the flights last week, I took a group of church leaders from Watoto Church up to Gulu (below). 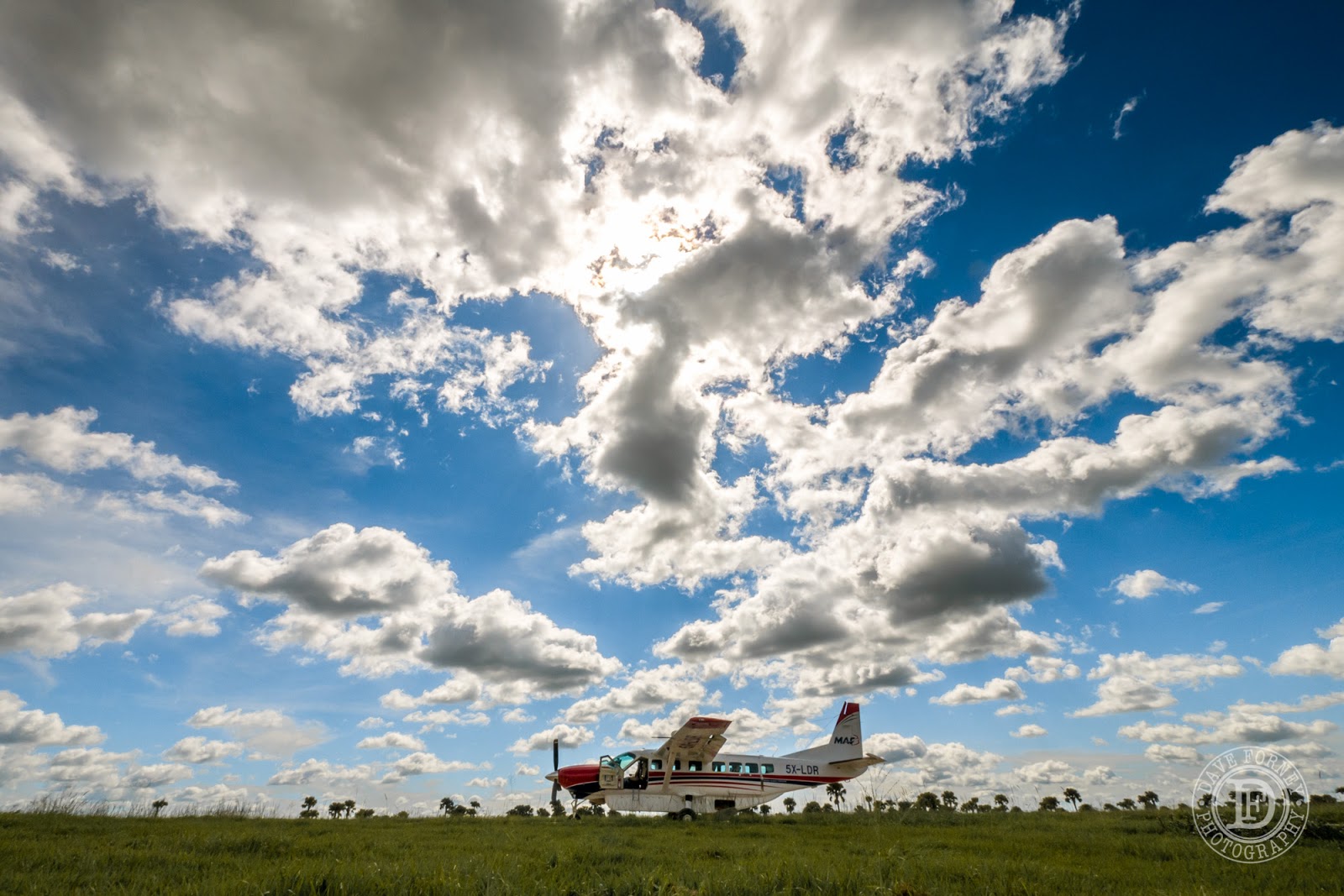 Team leader and founder, Gary Skinner, along with several of the other church leaders were visiting one of their projects upcountry.  They are a huge church here in Kampala, with numerous projects and outreaches helping orphan children, and others throughout Uganda.  Most of our flights have a mix of people from several different organizations going to several different locations on the same flight day.  We pick people up and drop others off throughout the day as we do a sort of "round robin" route to a handful of villages for that given day. 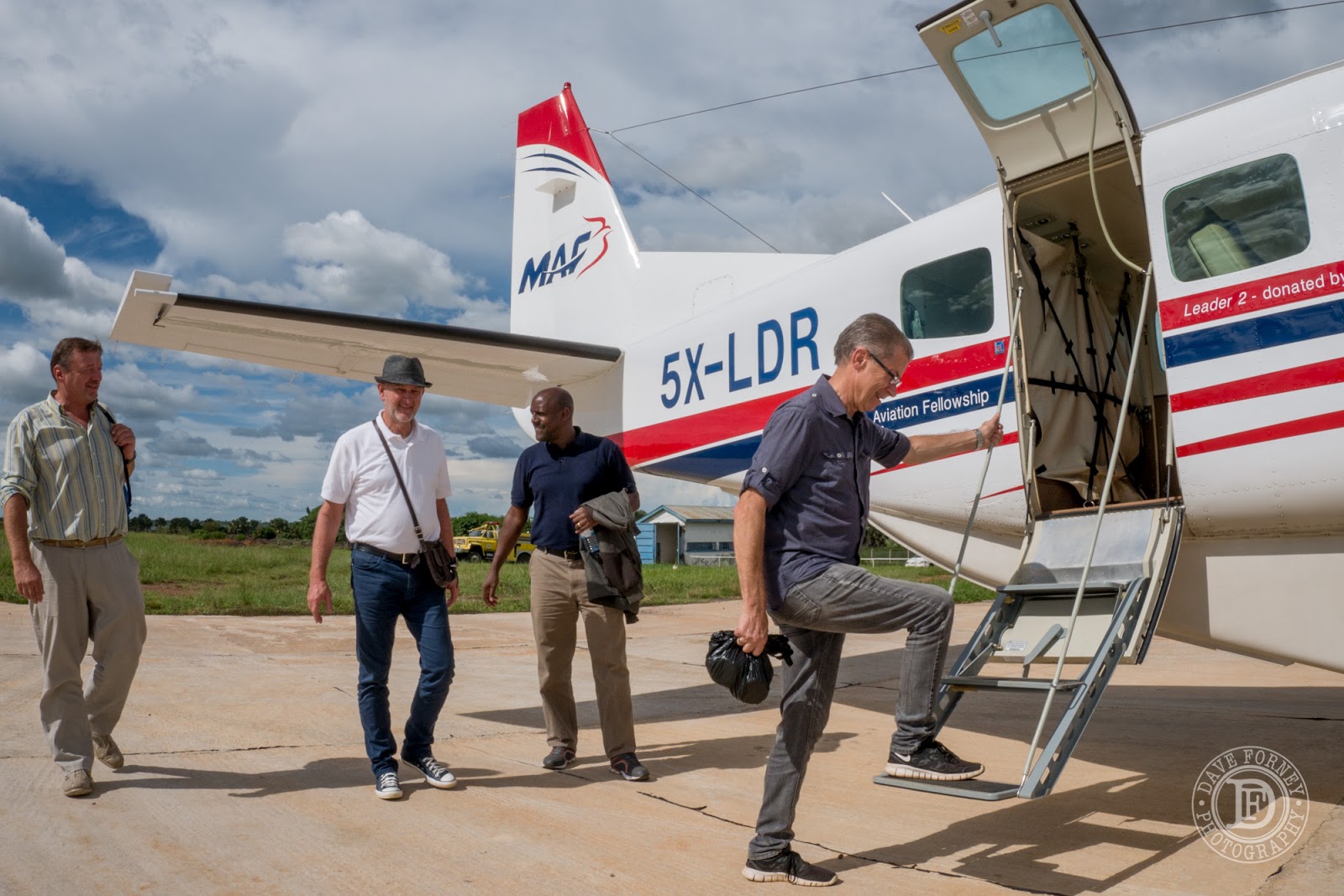 Here's a random shot of the Nile, on the way home from the flight mentioned above.  Just thought you might enjoy seeing seeing that. :-) 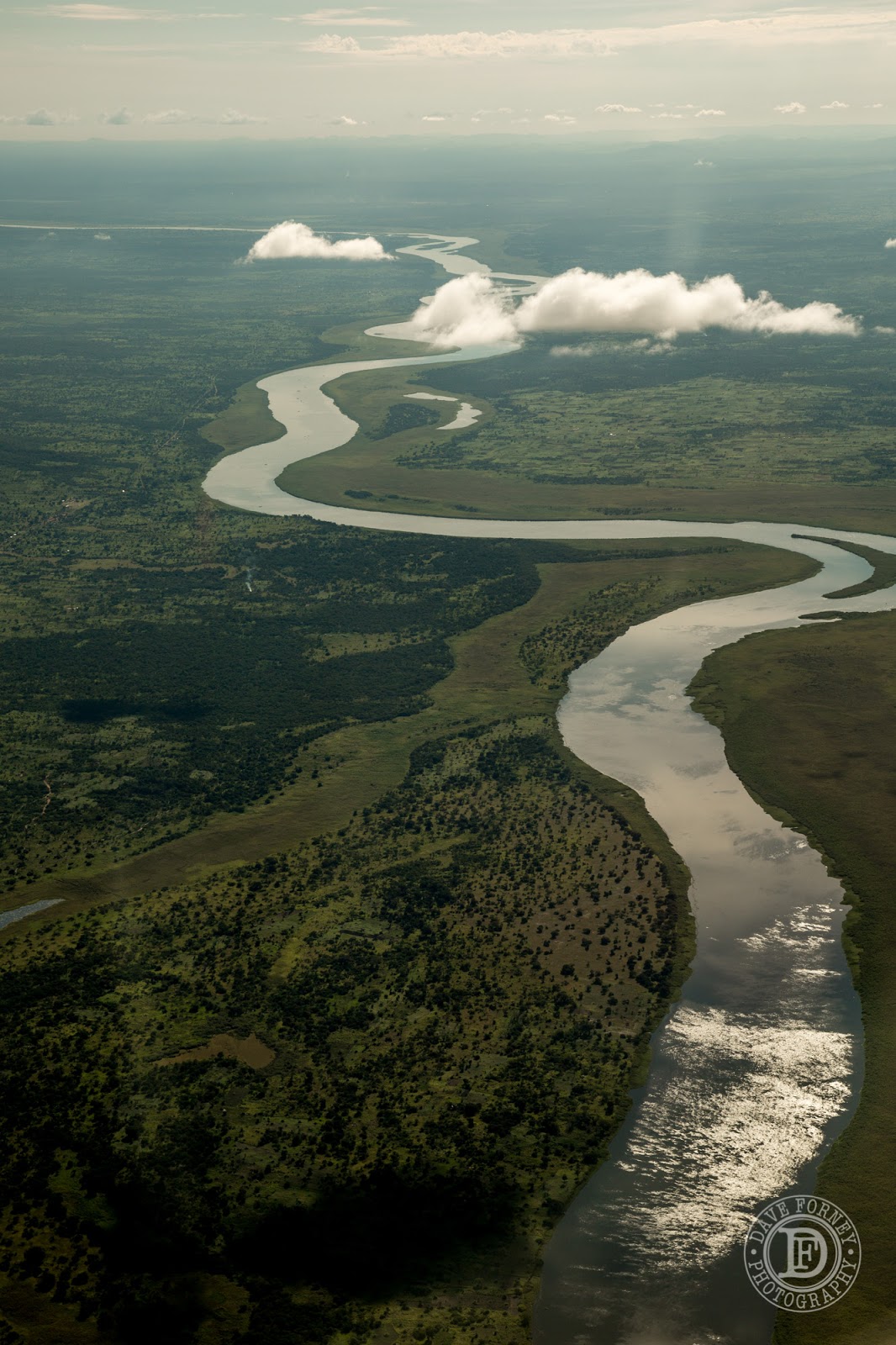 Over the past few weeks, Dallas and I have been busy training on a brand new avionics system that our awesome engineering team have been installing in one of our Caravans over the past few months.  It's a fantastic new system--a wonderful upgrade from the old, outdated panel that we had before.  In accordance with MAF International policies, each pilot who will fly it, has to go through an entire course and flight checkout on the new system.  Here, Dallas and I, after completing all of the book work, simulator flights, and exam, are taking turns putting the "new plane" through various flight maneuvers and instrument approaches, with Martin (one of the training captains) in the right seat keeping an eye on things.  (I had just finished my part in the captain's seat, and was now watching Dallas take his turn, so had a chance to take a picture of the beautiful panel.  That's Lake Victoria that you can see through the windows.) 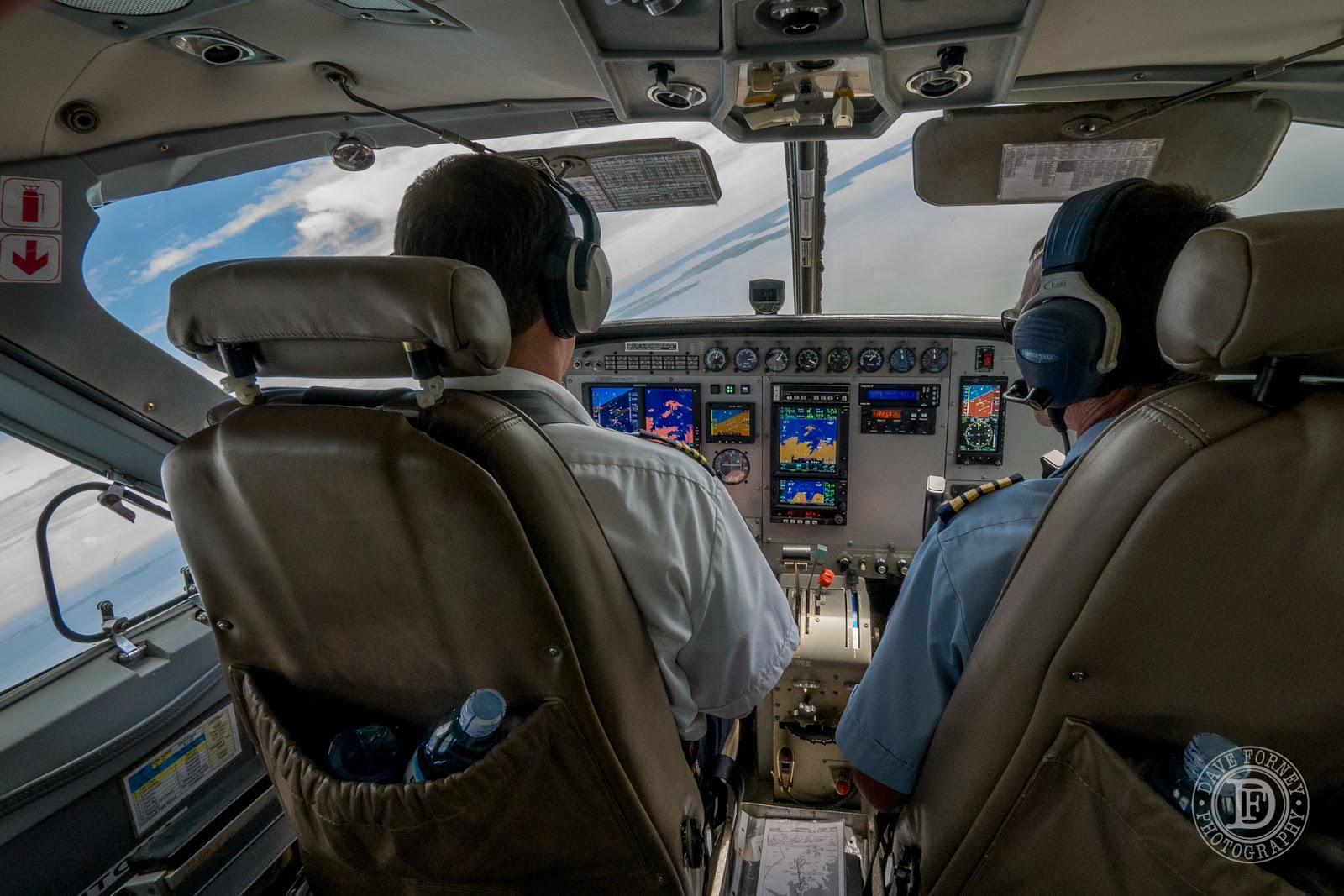 Frankly, in just a few days of flying it, I'm already far more familiar with this new system, and find it much easier to fly, than I did the old panel and radios that it replaced.  The new system has a lot in common with the beautiful G1000 system that I flew in the Kodiak for the past few years in Indonesia.  Once you're familiar with a glass-panel-type system like this, it's hard (or at least frustrating) to fly the old "steam gages" again.  We do have one G1000 equipped Caravan here in our fleet, and I love flying that one too!  It's pictured below during a routine check flight with Simon and Martin, where I got to ride along as photographer. 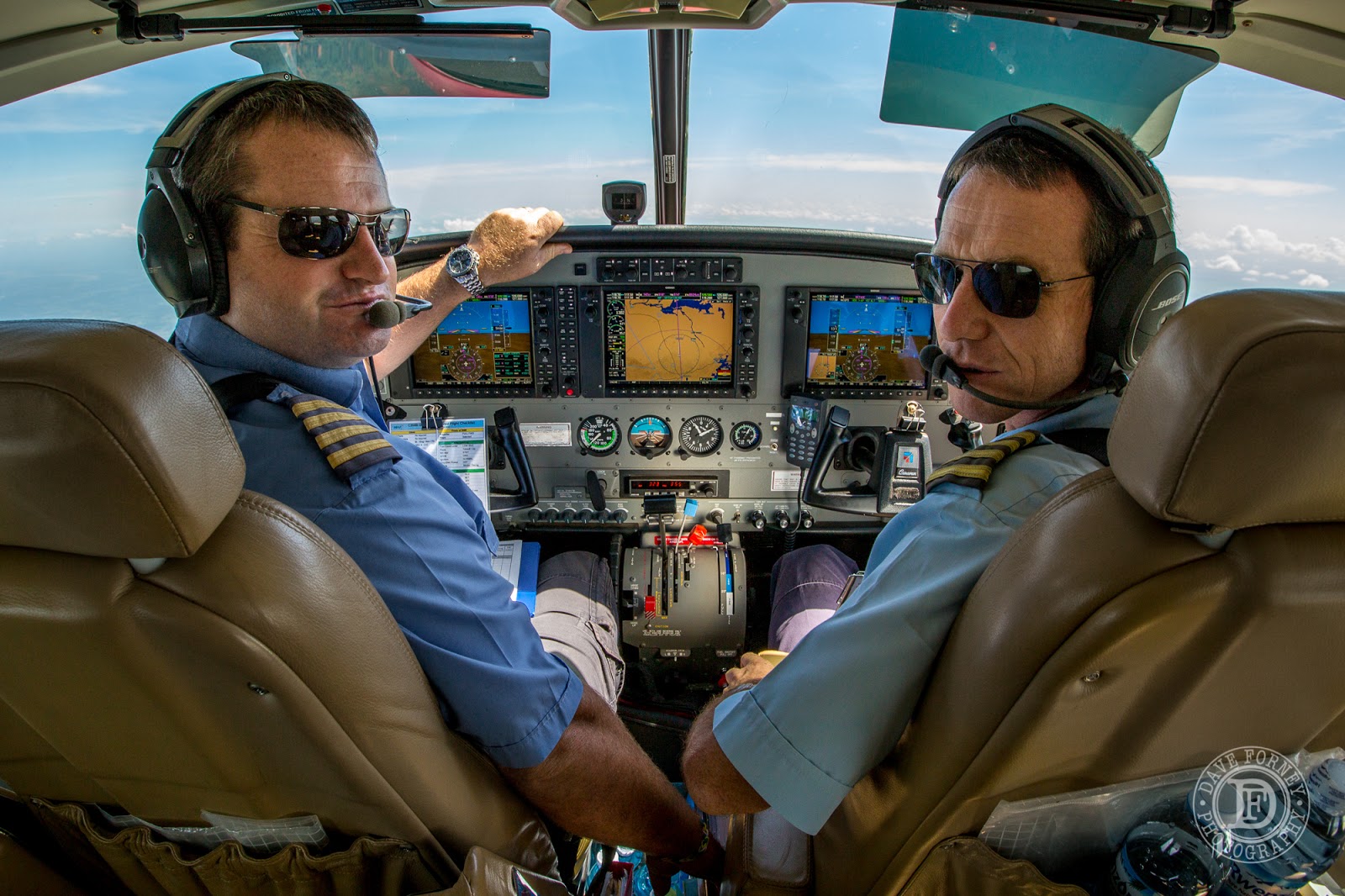 MAF's plan here in Uganda, is to update all of our old Cessna Caravan instrument panels with the new "glass panel" ones like you see above (2 pictures up).  These are major projects, and we're so thankful to have capable engineers and avionics techs like Martin, below, who not only excel at this stuff, but seem to really enjoy it as well!  They've already started on the next one, and hopefully it will be finished within a few months.  I can't wait! 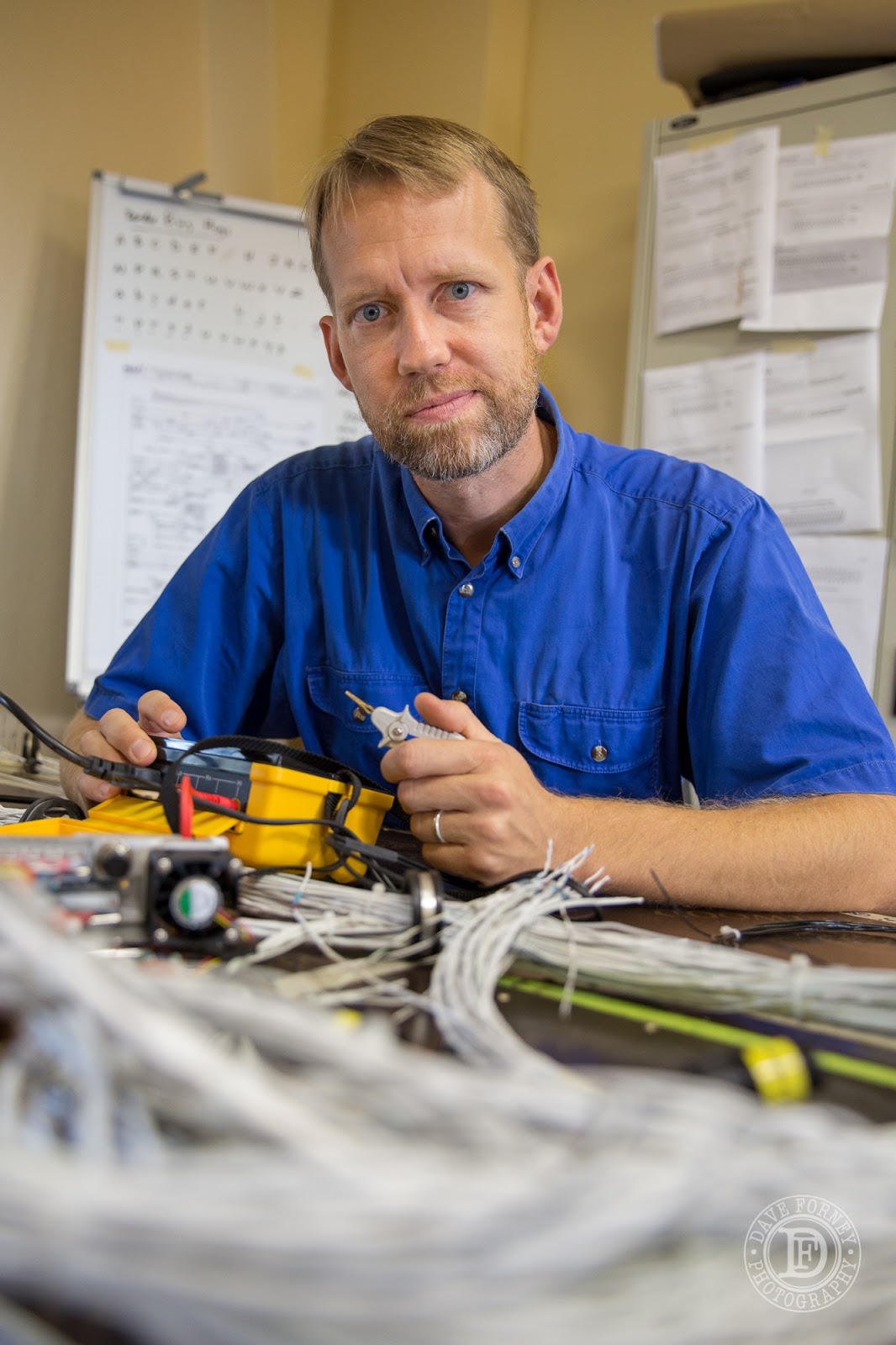 Anyway, all of this stuff helps us fly better and safer as we serve people in remote places.  Yesterday I got to fly the "new plane" all day on a "Karamoja Shuttle" flight to seven different locations throughout northeastern Uganda.  I really enjoyed flying it, with the wealth of information at my fingertips (literally--since the center screens are touch screens).  It really will enhance our safety, not to mention decrease the workload and stress on the pilots--especially during bad weather days.  Yesterday was not a bad weather day though... check out the beautiful blue sky as seen from the strip in Kaabong, where I dropped off two people who work with a mission there. 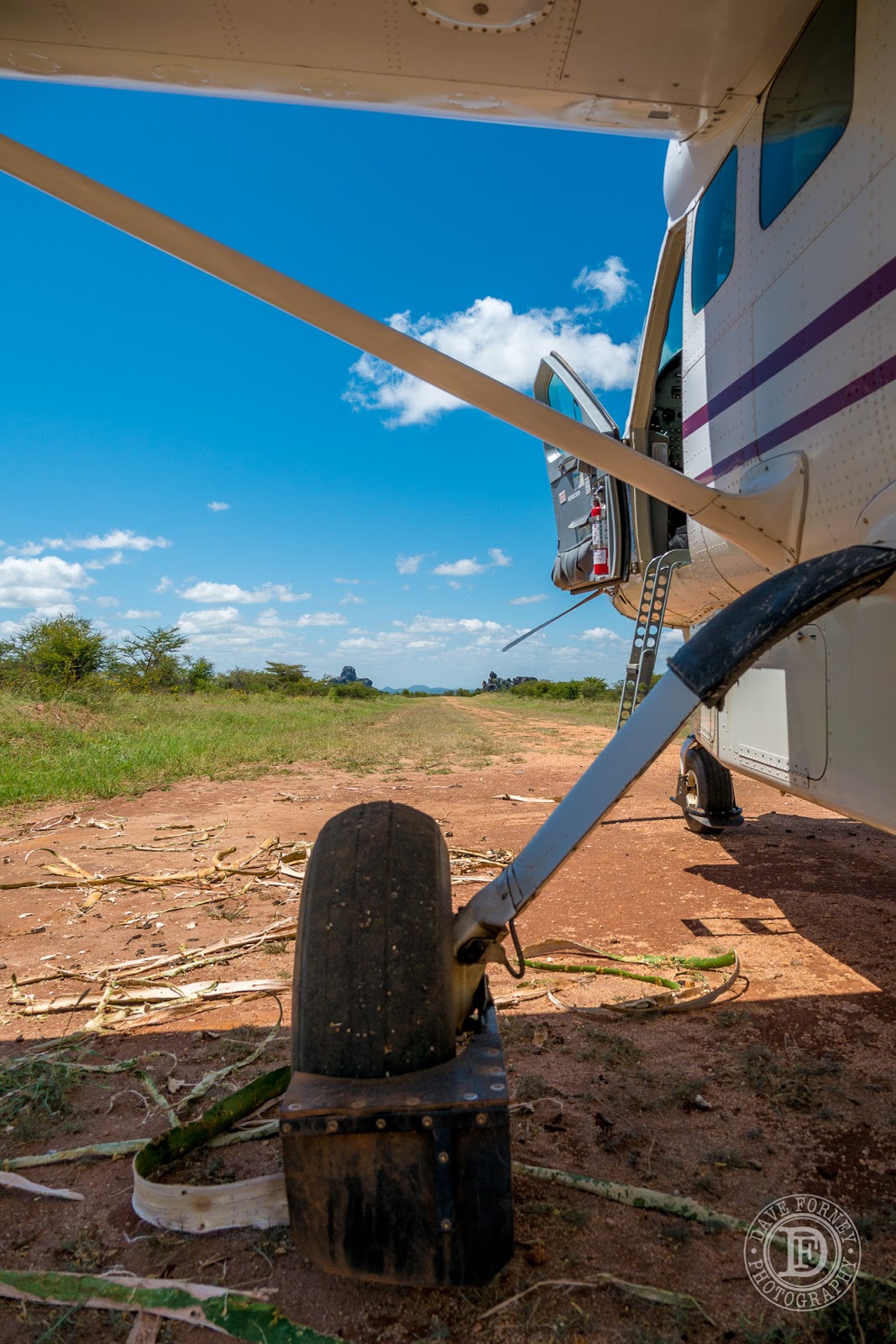 One of the stops yesterday was to the village of Matany, in far eastern Uganda, where I delivered a group of four men (below) who will be doing eye surgeries there over the next two weeks.  This is something they've been doing there annually, for over 30 years, and all that time they've been flying with MAF to get there and back!  How cool is that? 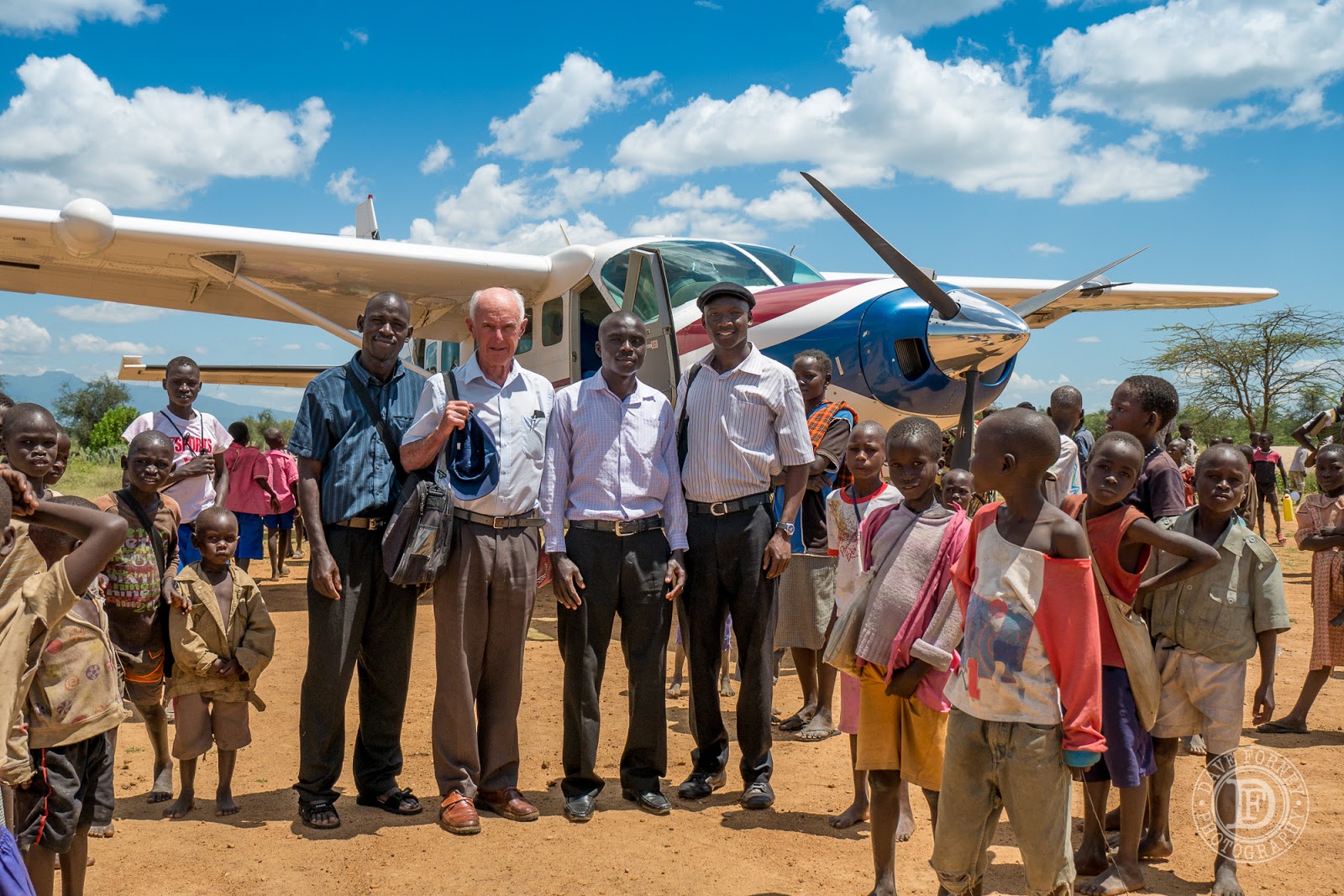 There's always a crowd in Matany--it starts small, like this, and quickly grows larger and larger till there are literally hundreds and hundreds of people--mostly kids.  This couldn't have been more than about 90 seconds after engine shutdown--just long enough for me to put the tail stand in, open the back door, and then open the pod for the first bag.  It's pretty exciting, I guess, to see the plane land, unload, and then takeoff again.  I'm sure if I were a kid there, I'd be doing the same thing. :-) 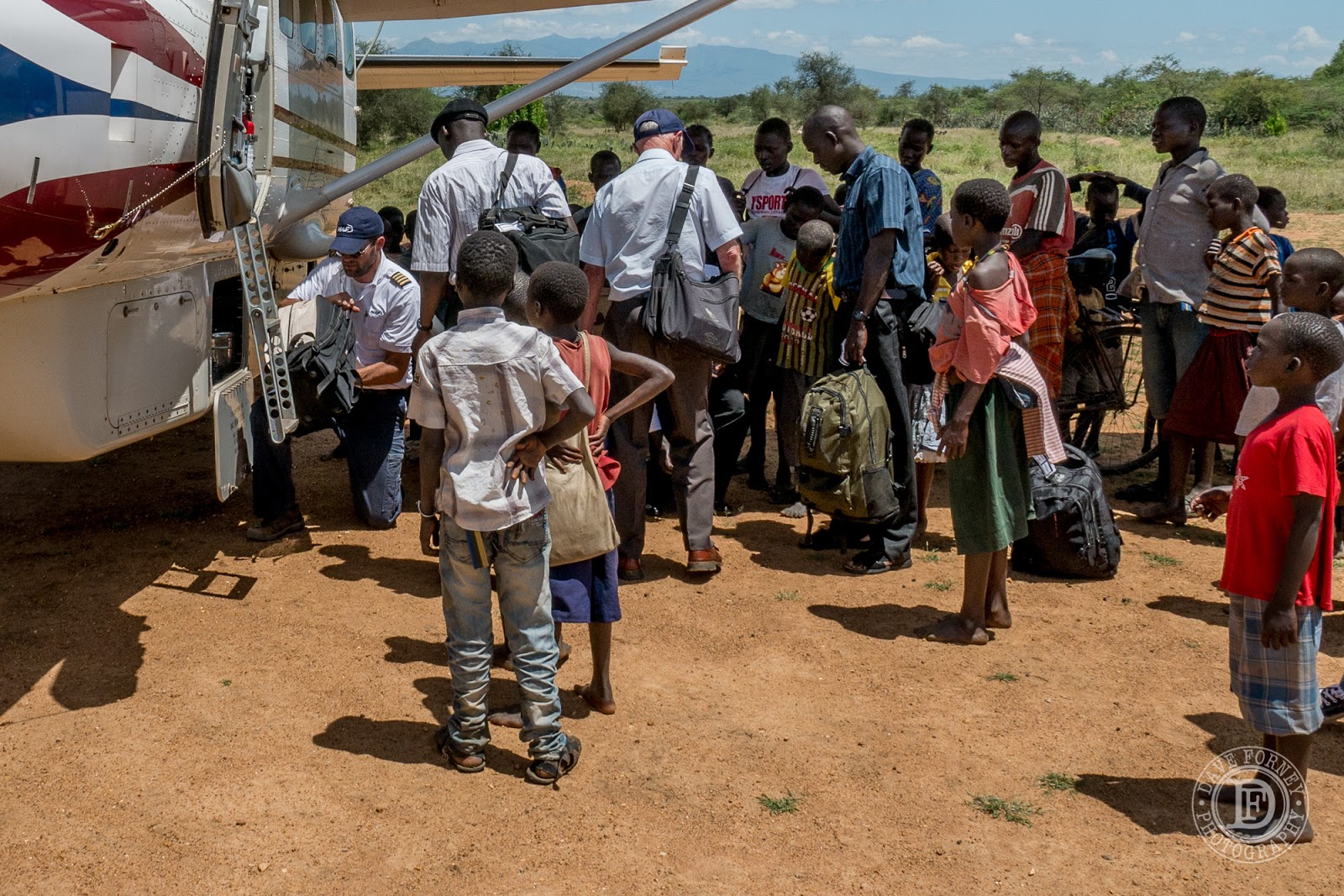 The medical team brought all of their necessary supplies and equipment with them, so there were hundreds of pounds of stuff to unload.  Yep, that one really is that heavy!  I'm not sure what was in it, but it felt like it was loaded with lead. :-) 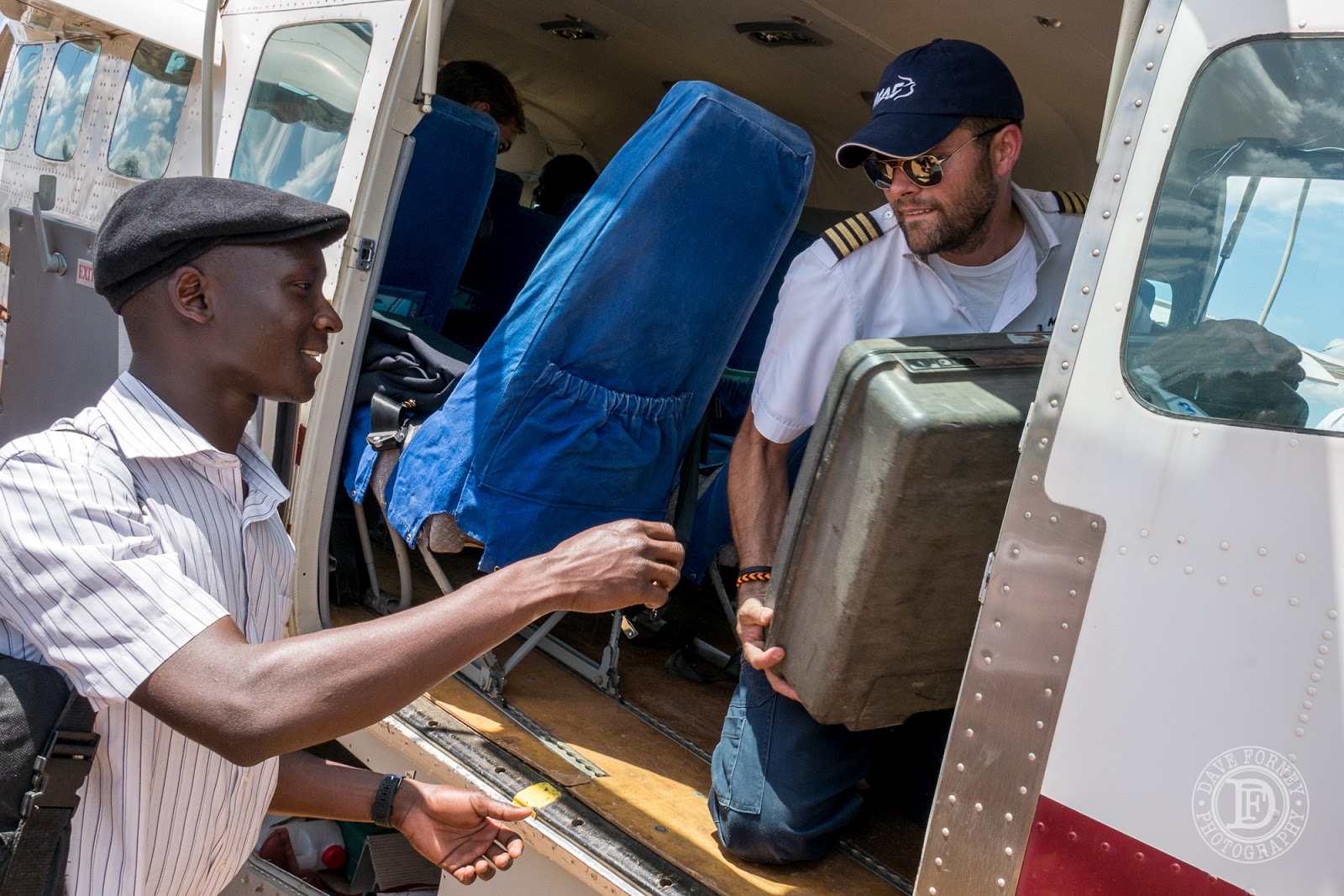 And these are the people they'll be serving--those who live in and around that far eastern part of Uganda.  They'll come from far and near to gain back their physical sight.  Imagine, seeing the world clearly again for the first time after many years of cataracts or other problems?  In helping to meet very real and tangible physical needs like this, we hope and pray that many will also see the love of Jesus through us, and through those who live and minister there, and in so doing will also gain His spiritual clarity as well! 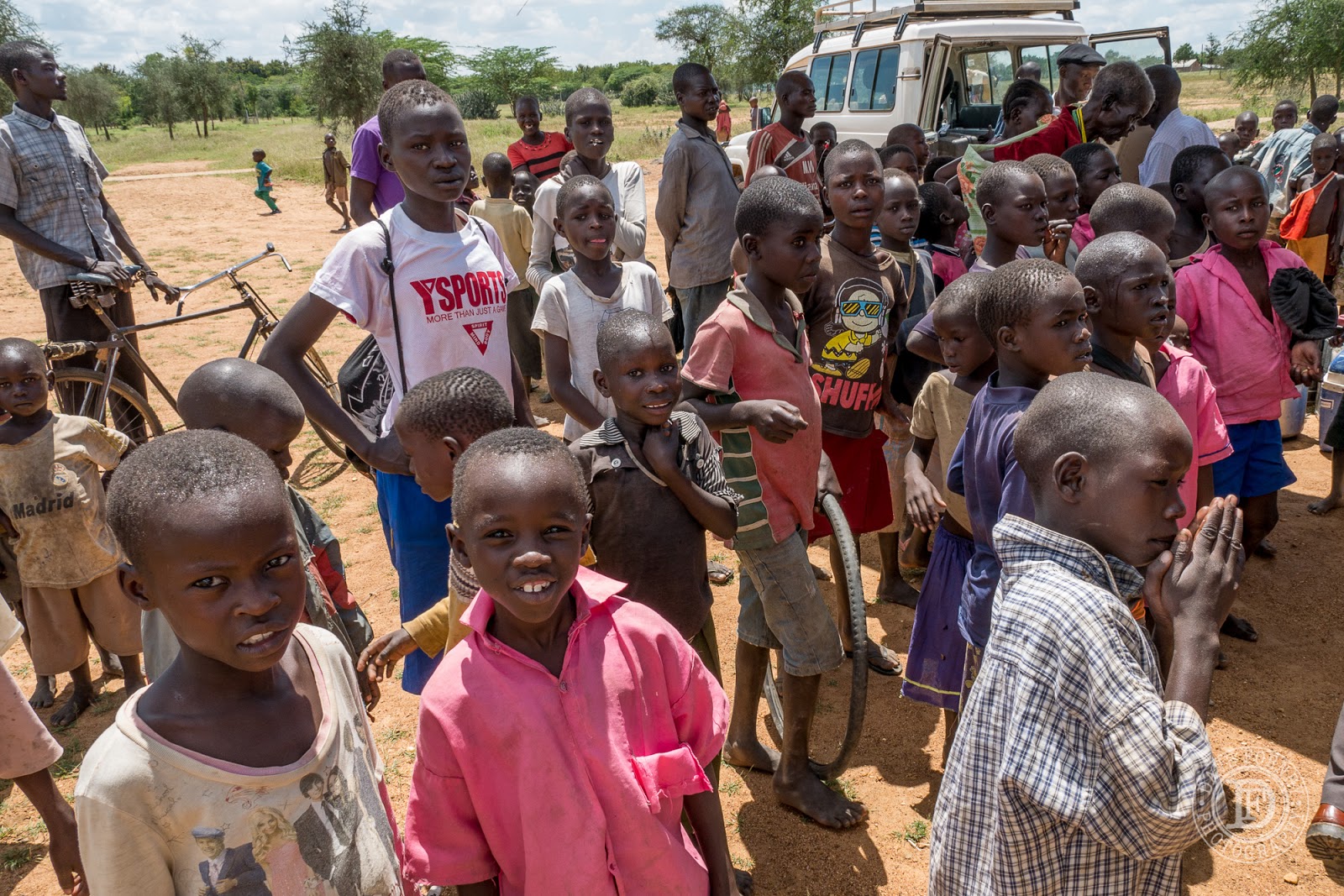 Over the next 10 days or so, these guys will perform hundreds of eye surgeries.   Over the 30 plus years they've been doing this, thousands have seen the world again through "new" eyes as a result of their work.  Imagine how many might have also gained a new eternal perspective as a result? 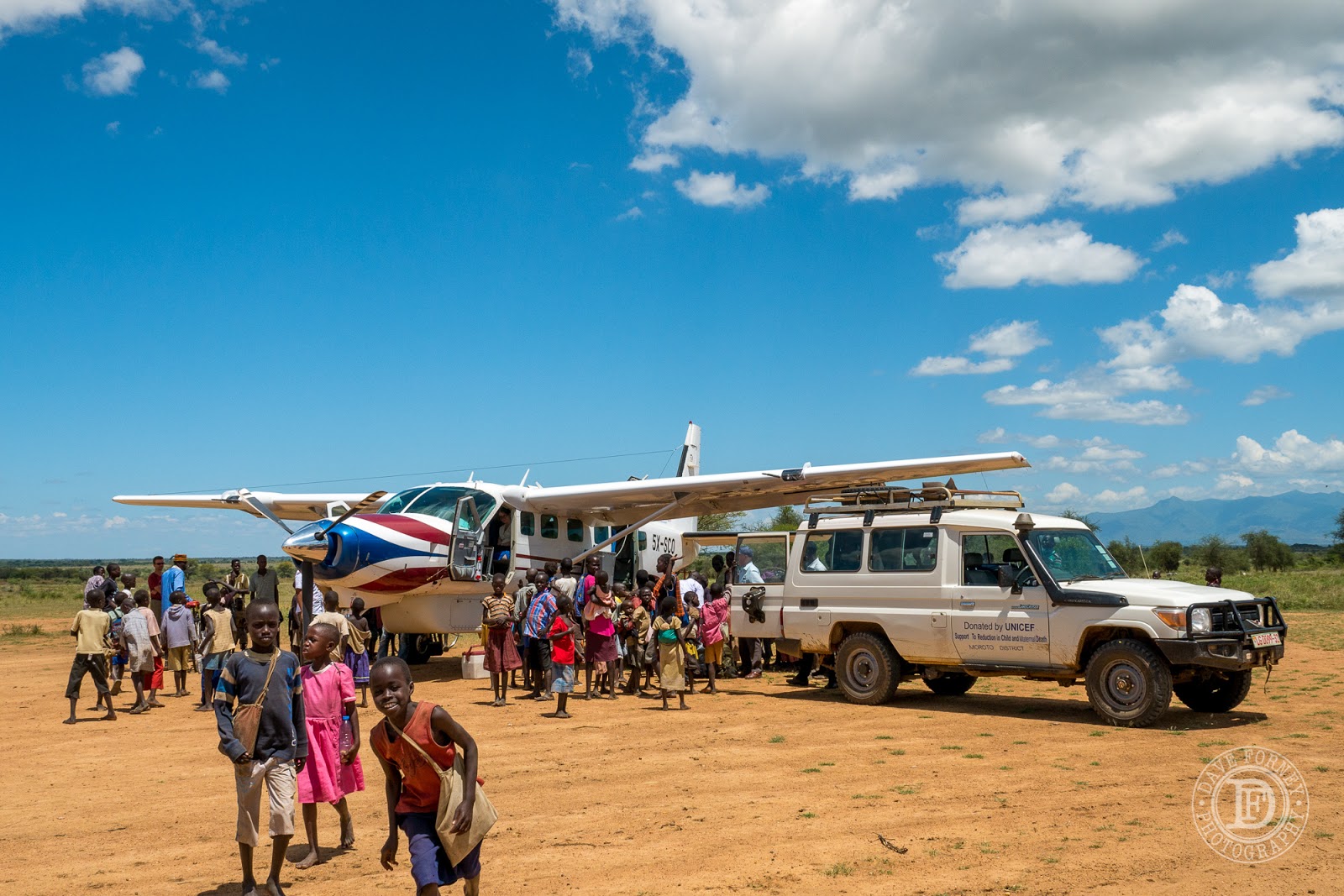 Well done Dave! It's amazing what the Lord has called & eqipped you to do. -Alan