Here's a view of our house from the air.  It's the one in the yellow circle.  The current MAF office (a new one is being built out at the airfield in Kajjansi) is a rented, old house at the tip of the blue arrow.  As you can see from the picture, there's a lot of trees and greenery around, which is really nice...even if it is covered by a thin film of red dust much of the time.  Ironically, it's the little dirt roads around our house that prove the most challenging of all the roads we've driven here so far.  Indeed, there's been a few times when we wouldn't have made it too/from our house without 4WD, b/c of the steep hill (you can't tell there's a hill in the picture) with very deep ruts and huge rocks.  When it rains, we almost need a winch to pull us up! :-) 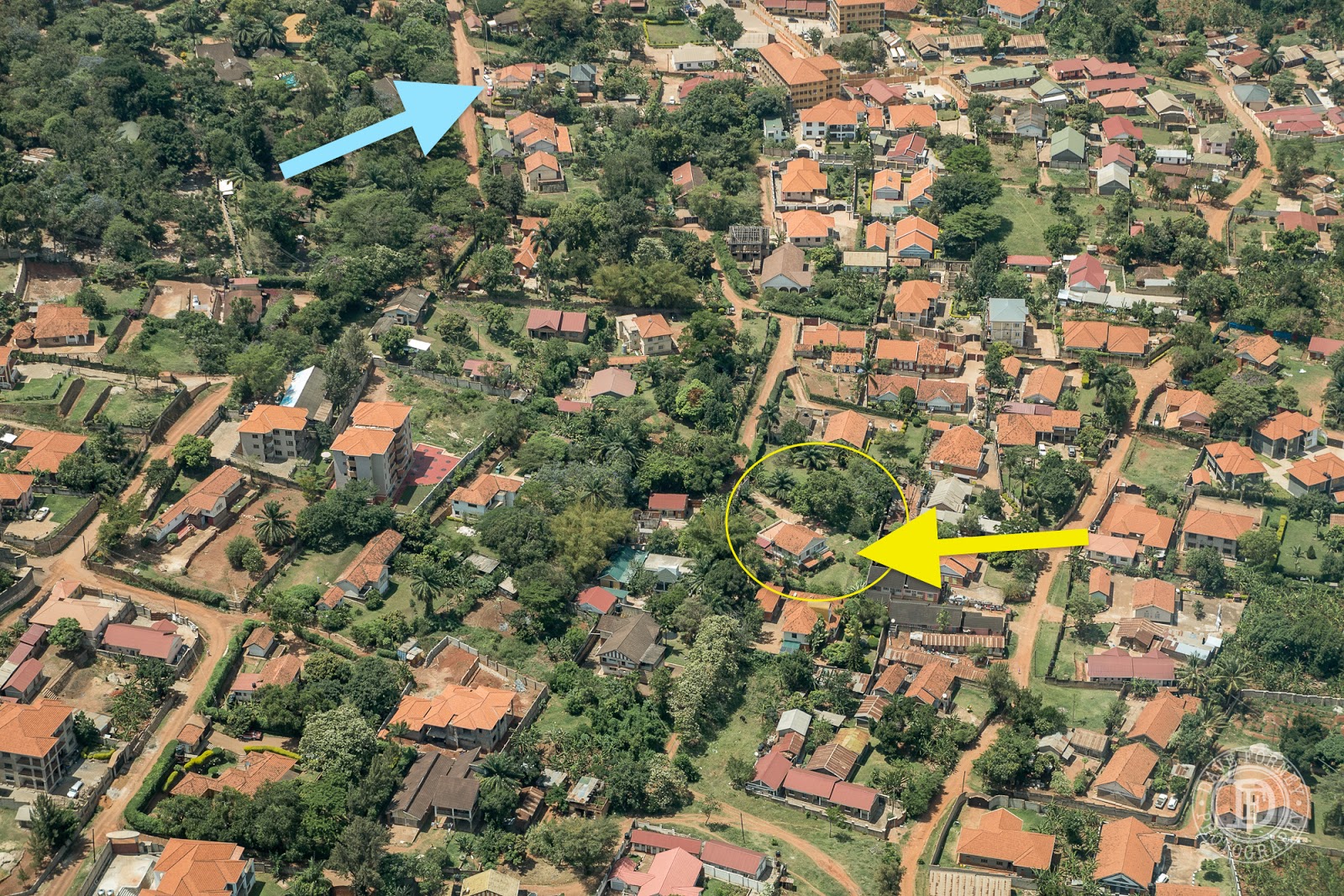 We feel particularly blessed to have a big yard, something we certainly don't take for granted after having a very small one in Indonesia.  We've had the opportunity to use this yard for hosting a lot of activities, like the kids' youth group, MAF events, local Ugandan kids playing soccer, etc. 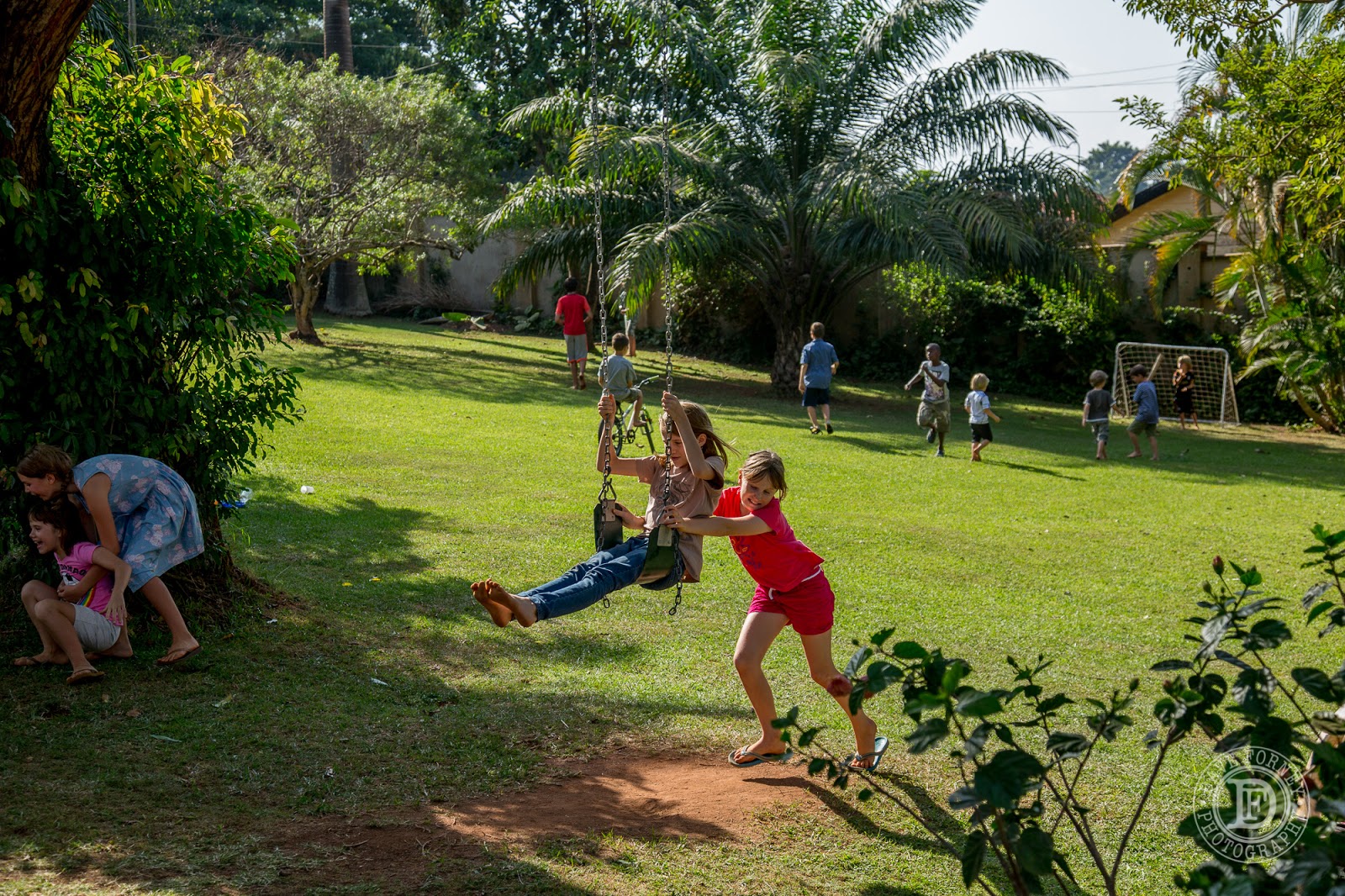 Here's a few shots from an MAF social a few weeks ago, where we welcomed a few new people to our team, and said goodbye to a few that were leaving. 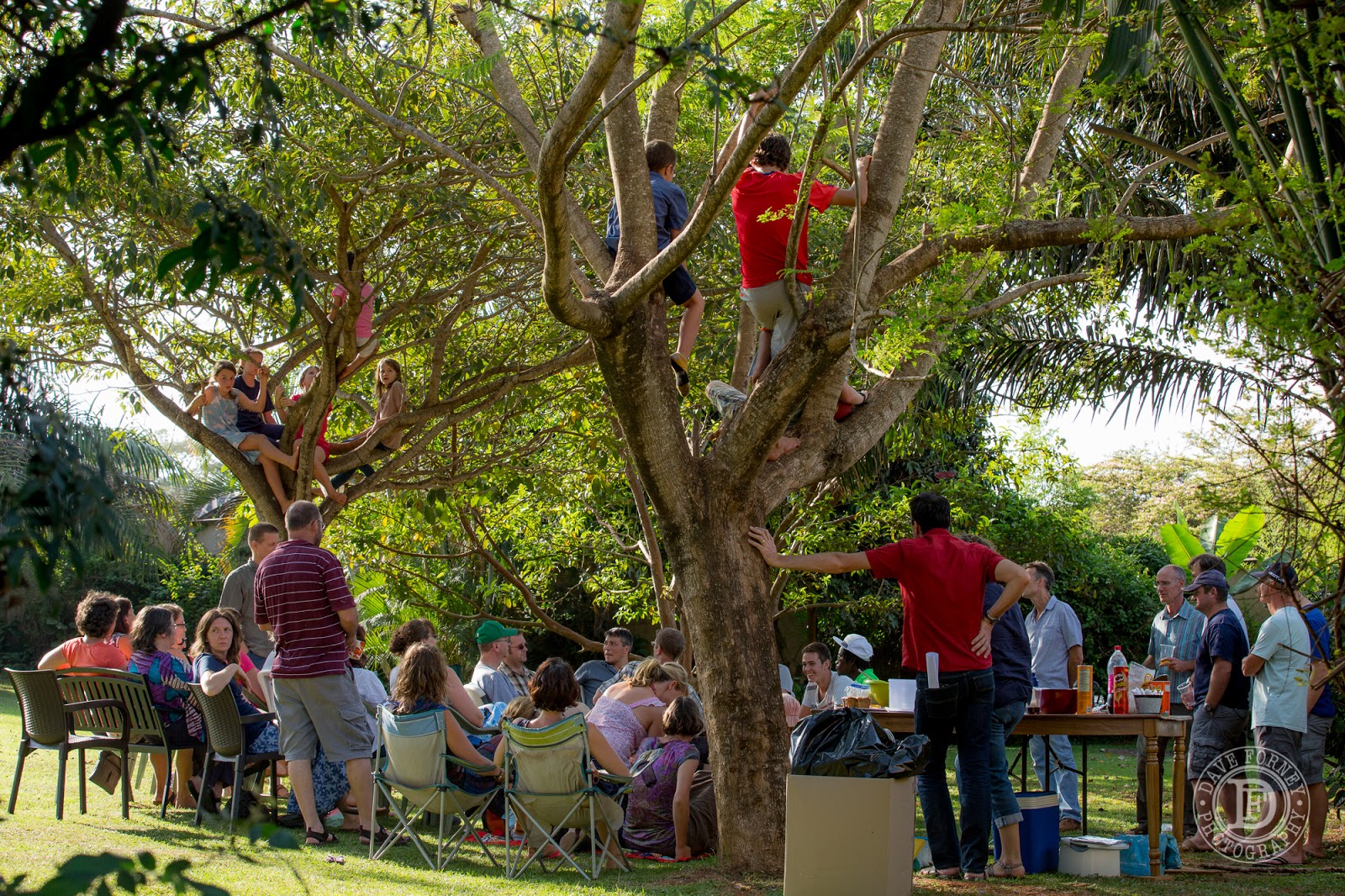 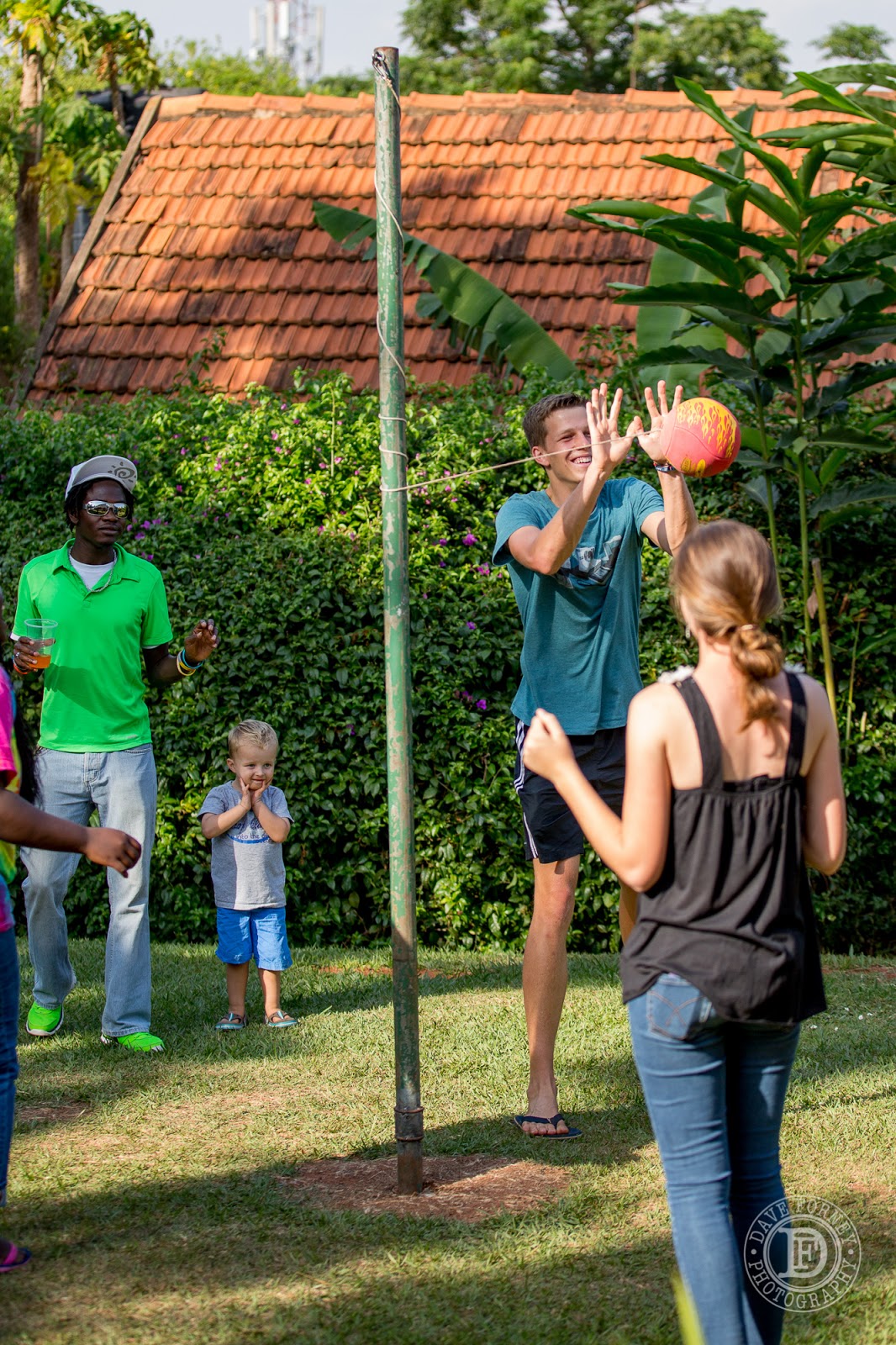 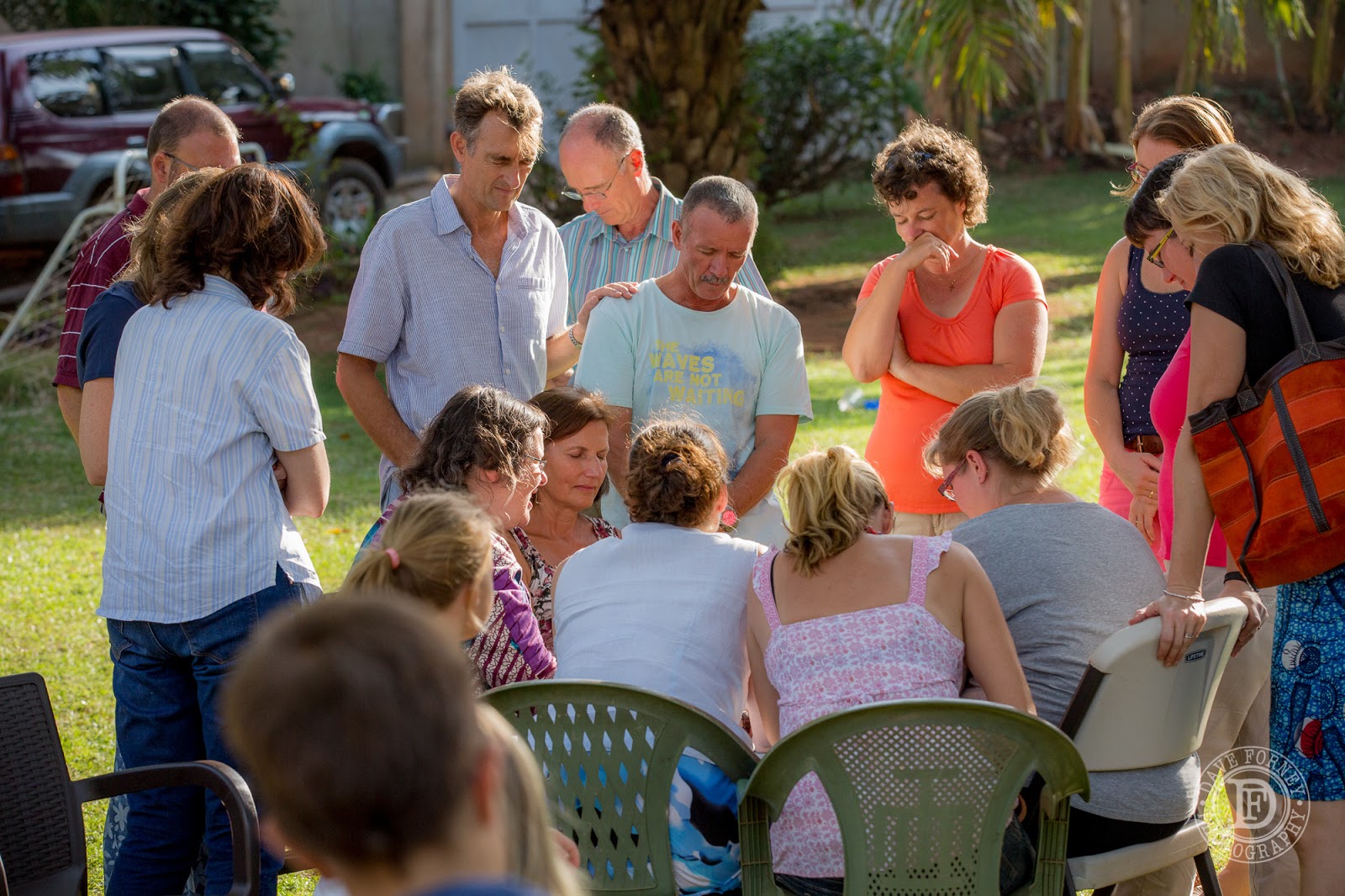 Here's a quick shot from the side of our house.  Those are our bedroom windows on the top right.  There's a small veranda (porch) just outside the windows.  We love to stand there and look out over Kampala in the early morning and evening.  The windows face East, so we get to see the big, red African sun coming up in the morning. (This picture is taken in the late afternoon as the sun sets in the West.) 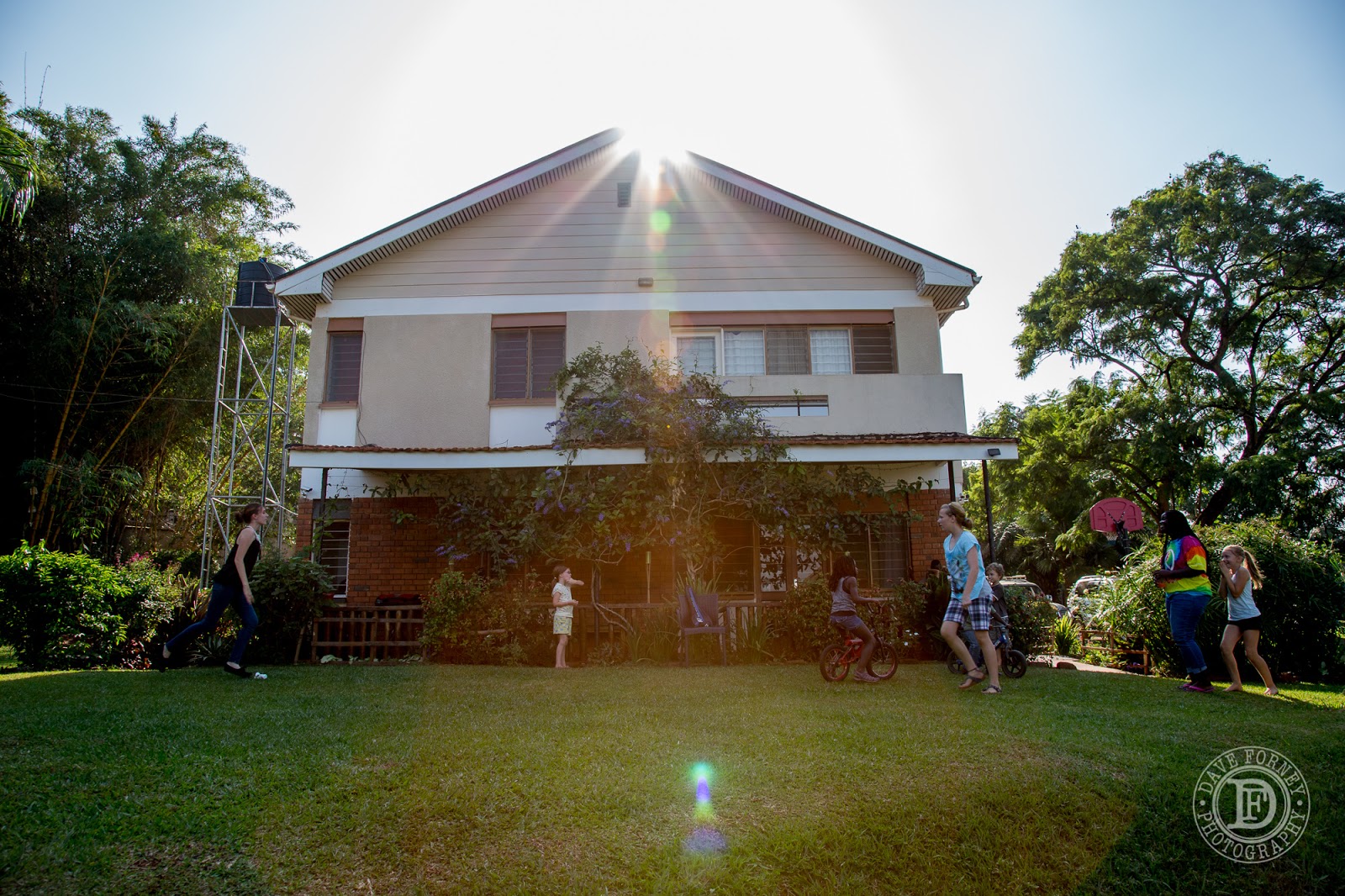 Here's what it looks like from that veranda, after the sun sets and the moon is rising over the city.  That little hill over there is called Tank Hill.  The kids' school is just to the right of that hill.  It's only about 2 miles away, but it can take 45 mins - 1 hour to make a round trip to the school and back because of traffic.  And that's not even the bad-traffic part of town!  As crazy as the traffic can be, it's sure peaceful looking out over the city from this vantage point, hearing the distant car horns, dogs barking, chickens squawking, and a few distant mosques. 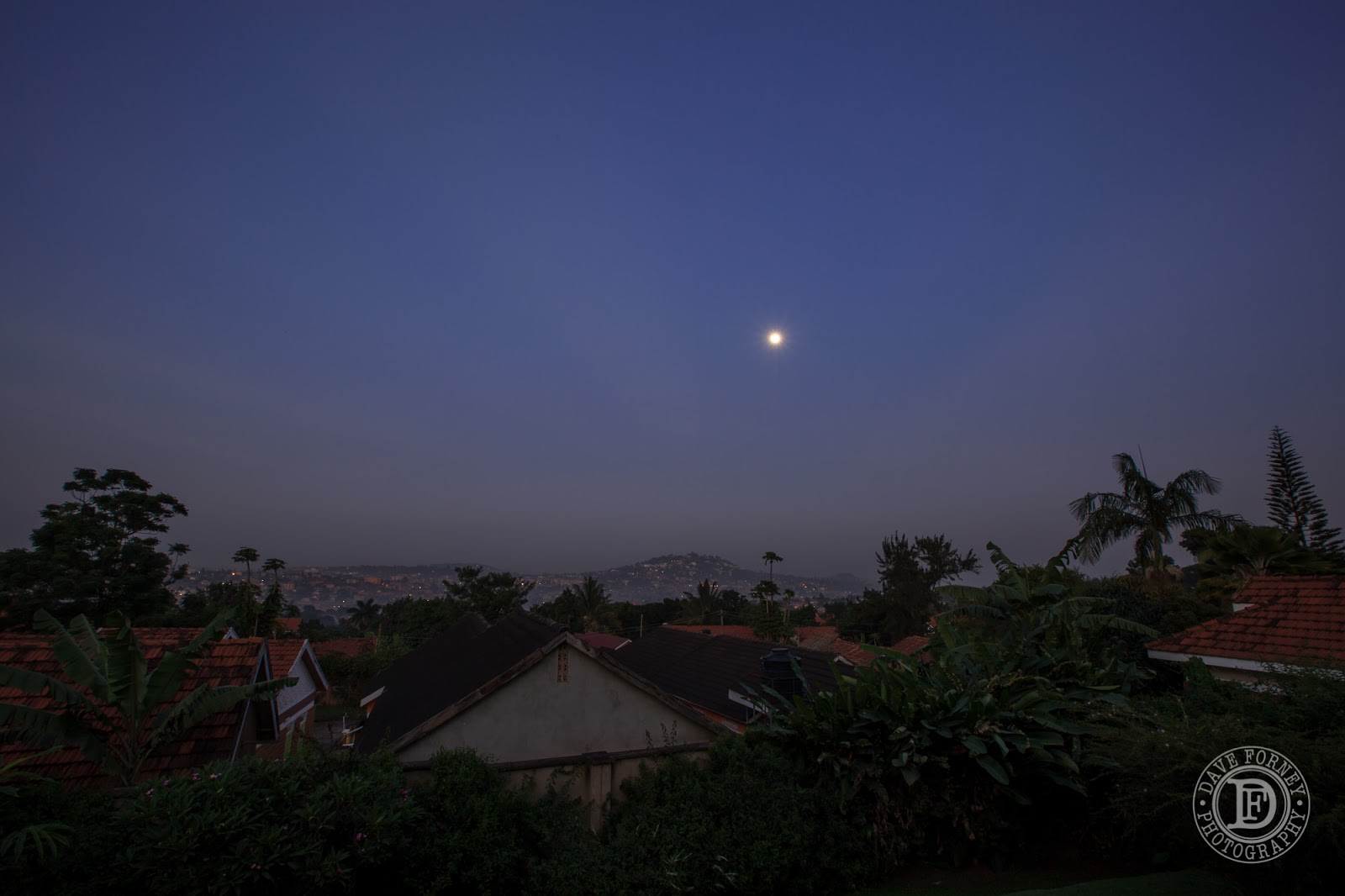 Here's a closer shot of that same moon, just a minute or so later.  But this photo is exposed for the moon itself, which is why the sky appears pitch black. 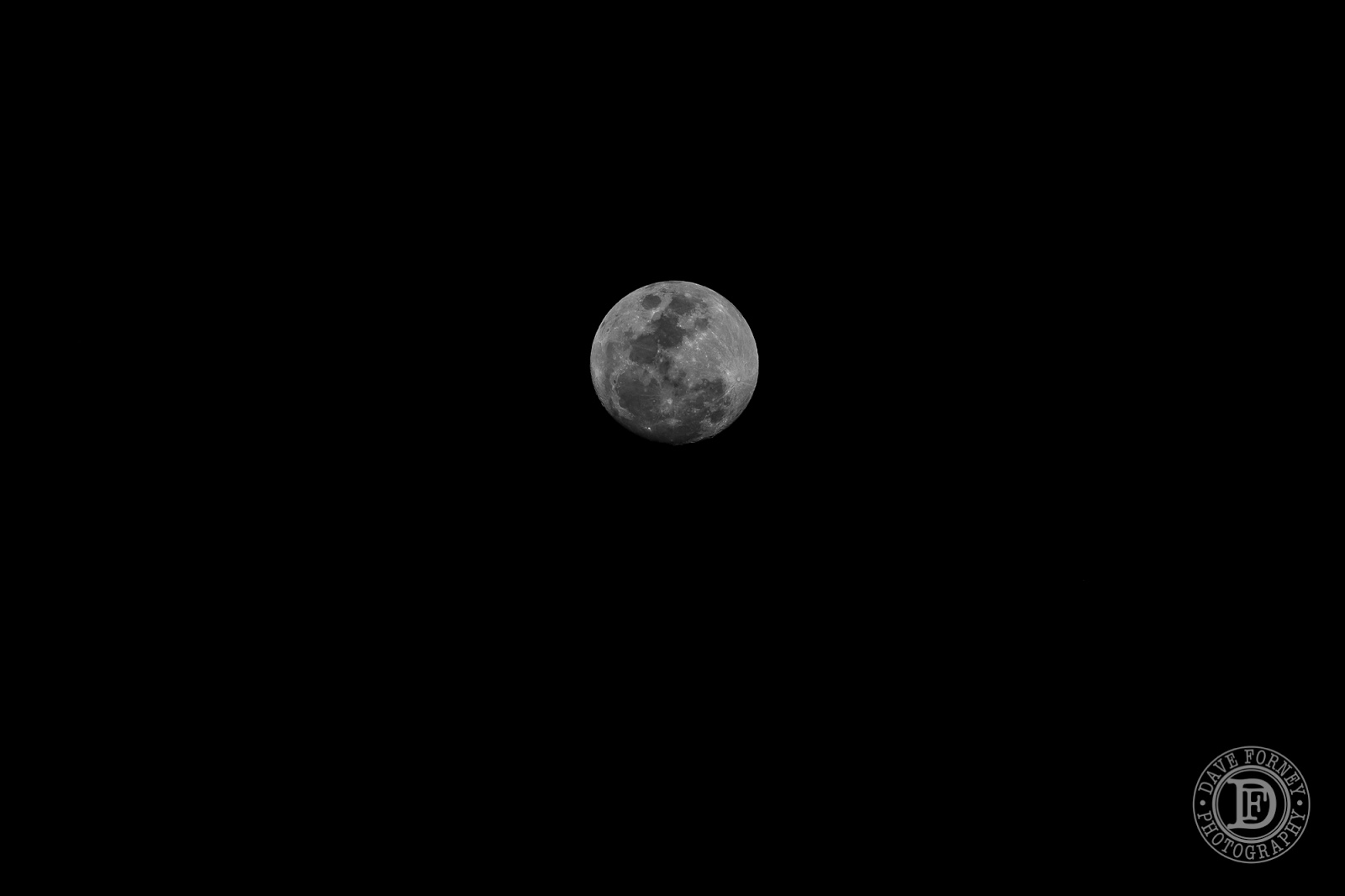 And here's one more--a cropped picture of the one above.  I love how you can see the craters and texture on the surface of the moon.  It's actually a pretty sharp photo, for being taken with a 70-200mm with 2x tele.  Not really the best setup for doing shots like this, but its the poor man's solution. :-) 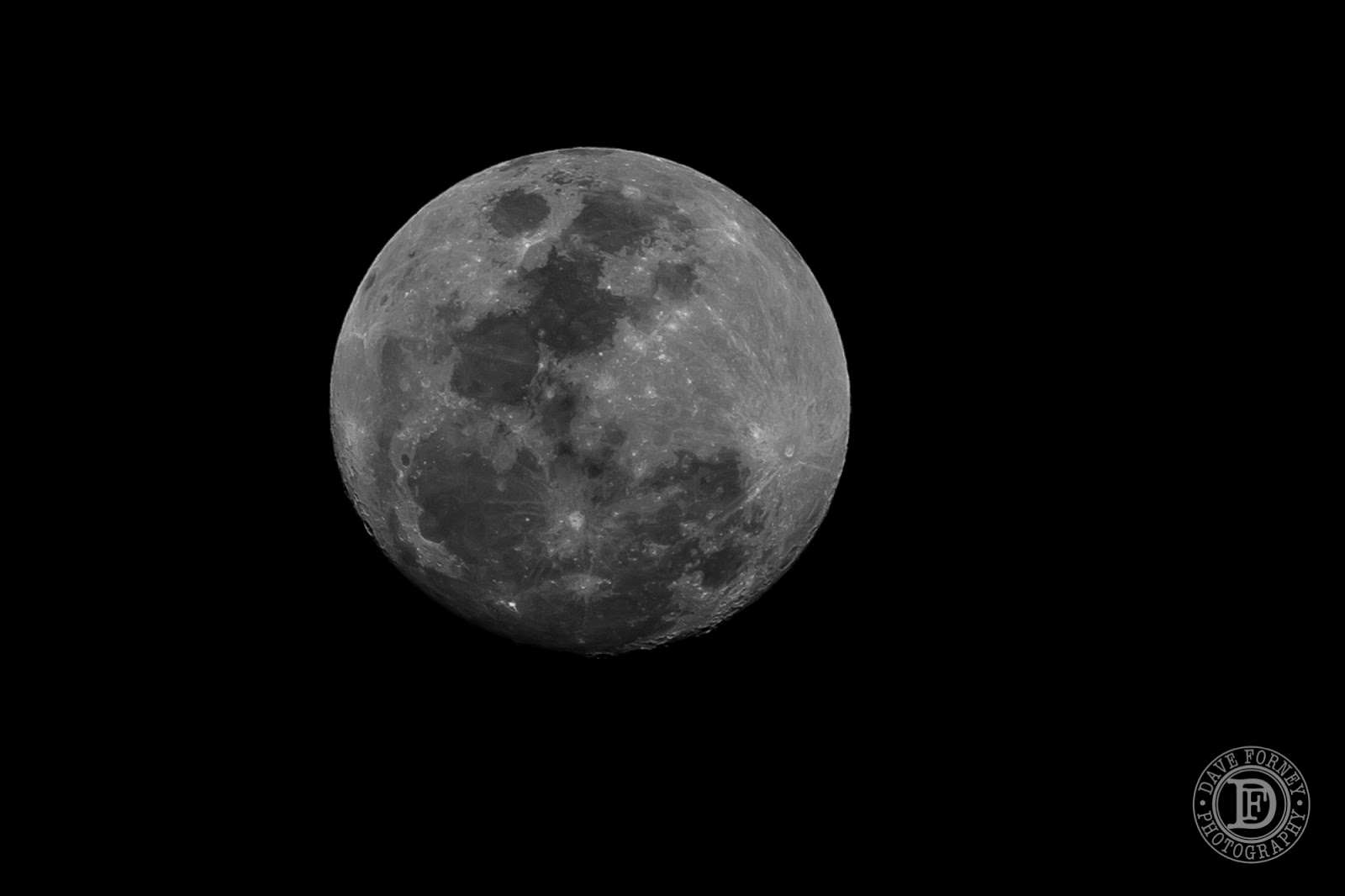 Email ThisBlogThis!Share to TwitterShare to FacebookShare to Pinterest
Labels: Missionary Life, Our Town

Sometimes daily life is even more interesting than big adventures! It was great to see your yard - so verdant - what a great part of your new home! An essential for raising 5 happy kids :-)