Karamoja and Kidepo with Good Shepherd

Right now, and for the past week, my oldest son, Britt, and I, are up in Karamoja with a couple of guys from our home church in the U.S., Good Shepherd Community Church.  They've been involved in a ministry among the Karamojang for many years.  Our good friend and missions pastor, Jonathan, and a few others were coming over to visit some of the things they are involved in, and they invited us to join them.  What a great opportunity!  Here's a shot of some Karamojang villages.  The ones we visit will probably be similar to these.  I'm sure I'll share some photos from the trip once I'm back again. 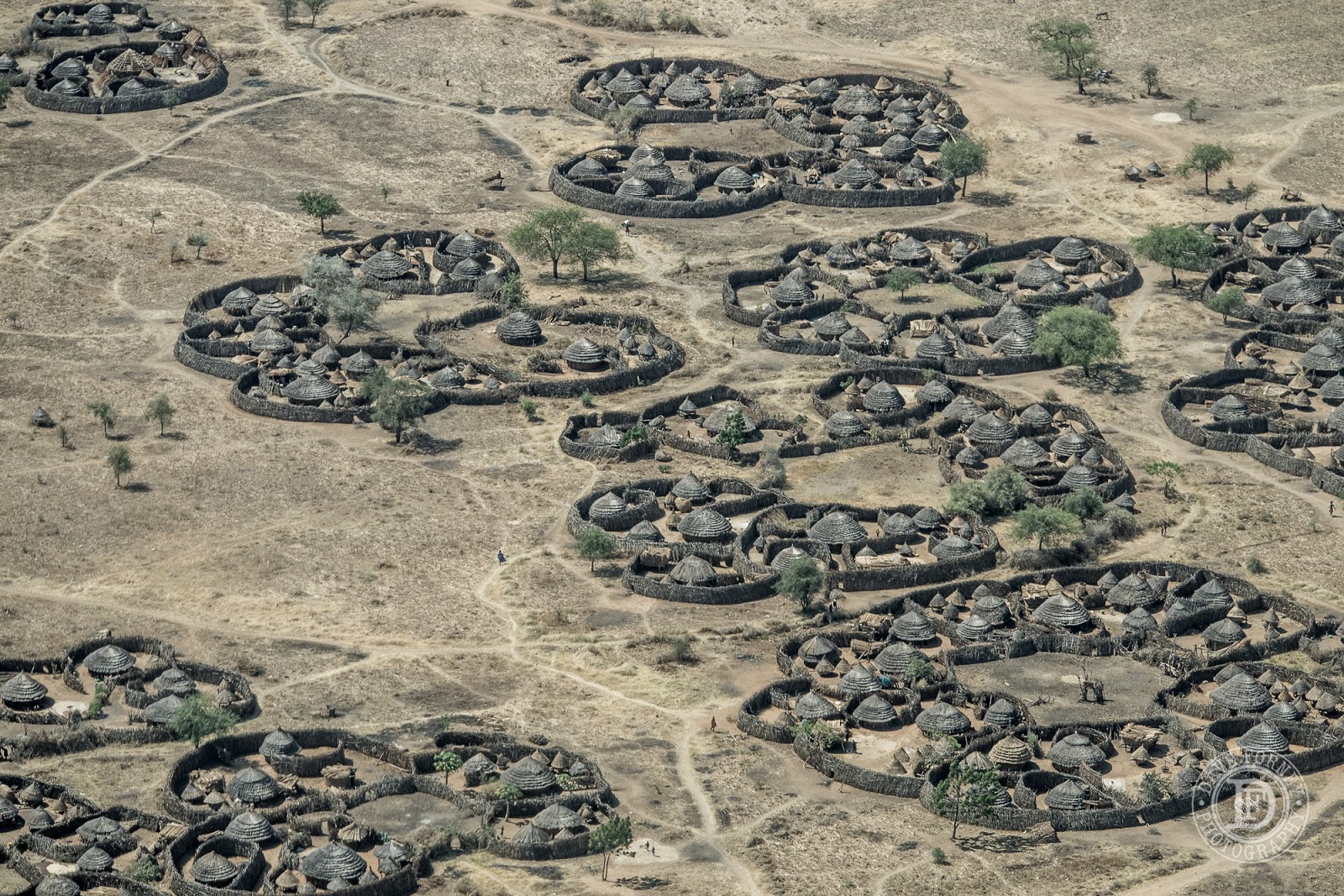 One of the things that I really enjoyed about our time in Indonesia was the direct interaction we had with the people interior.  We (my family and I) had many opportunities to build relationships with, and be involved in, the lives of people in the remote villages we served.  Things are setup a bit differently here, and for a variety of reasons that type of interaction isn't quite as feasible.  So this is something that Britt and I are really excited about!  I hope that maybe I can take the rest of the family up there sometime, and maybe even find a way to get us involved in some of the stuff going on there.   I know that Joy and the other kids would LOVE it!  The photo below shows some of the colorful Karamojang kids. 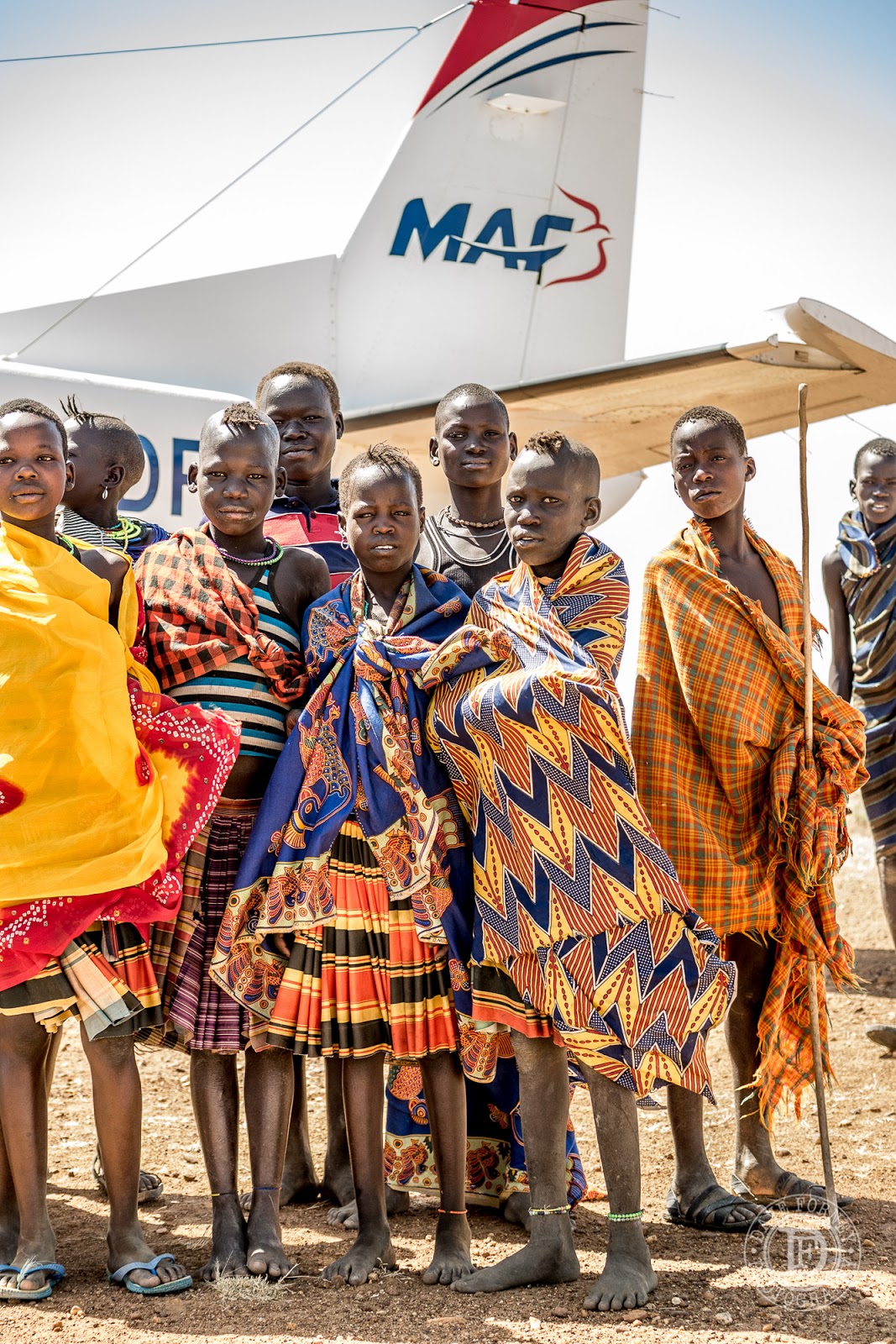 And heres' two more "generic" shots of the general area where we're going.  These were actually taken some time ago, when it was still a bit "greener".  It's now totally dead and brown.  It looks like a different planet up there--like the monochromatic surface of Mars.   All the rivers and streams have been dried up for months.   I can't understand how they can keep themselves and their cattle alive when it's so dry!  Where do they get their water from??  I guess by now I've either found out the answer to that question, or died from dehydration! 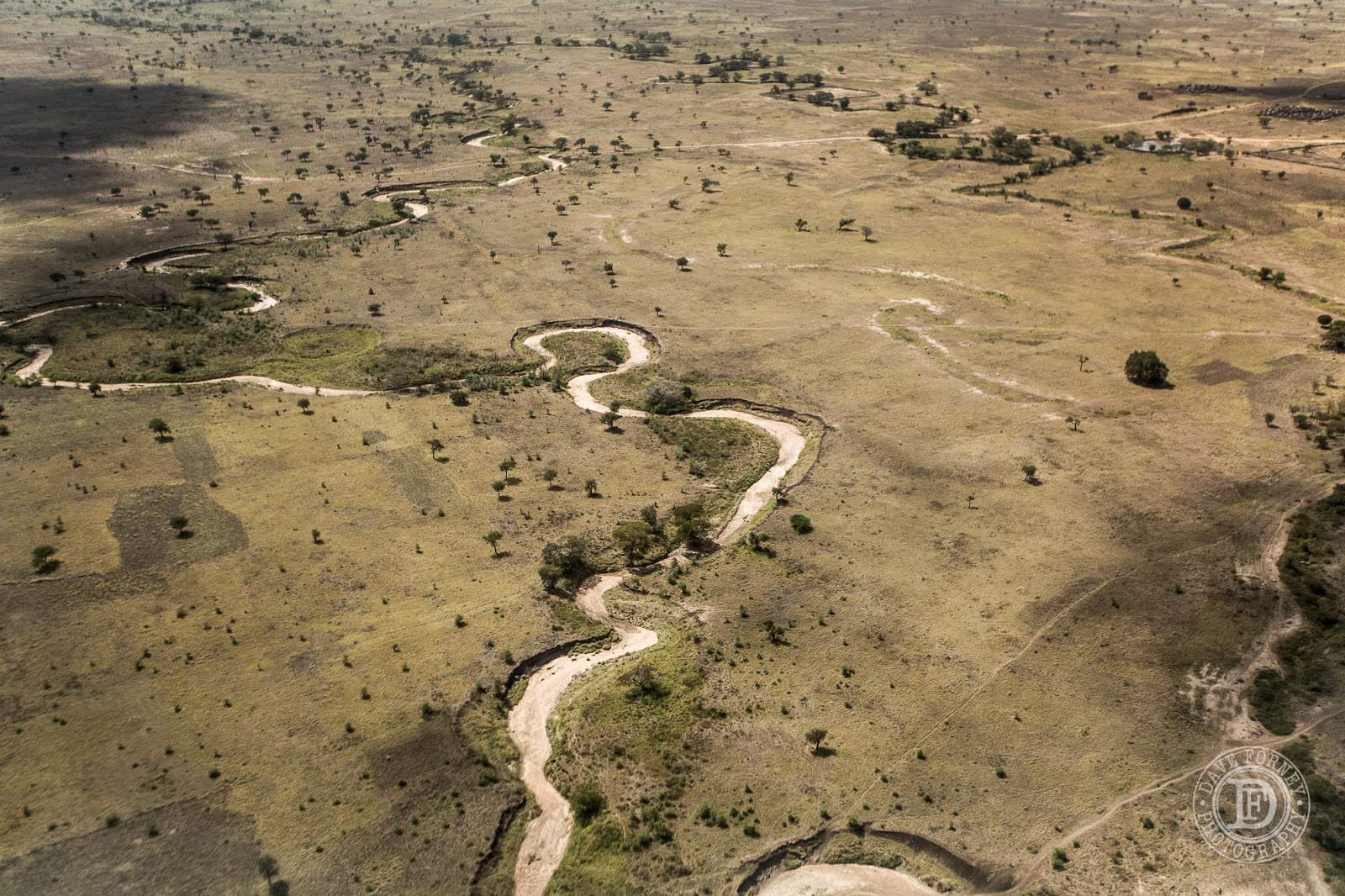 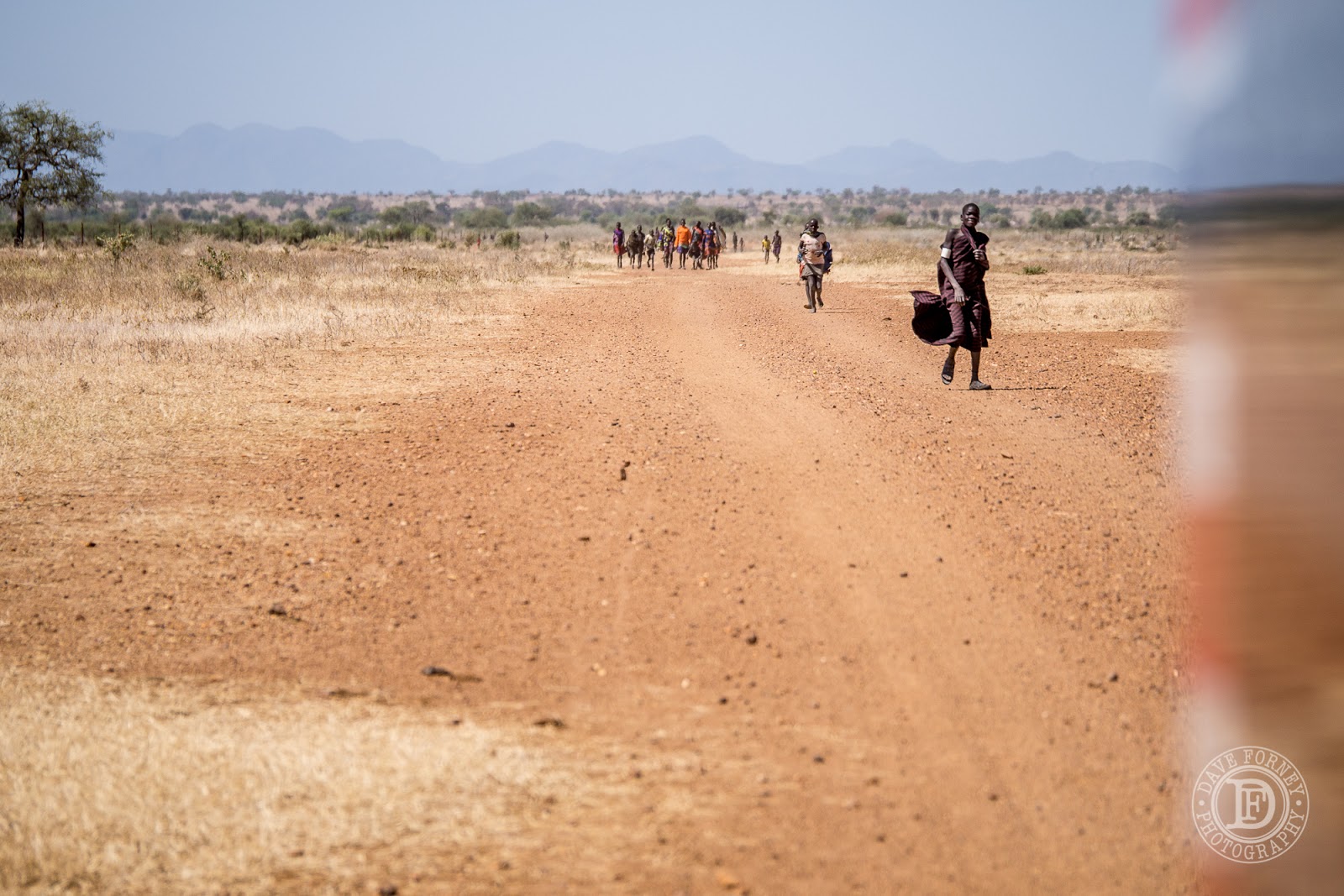 If all goes according to the plan, after a week of visiting with pastors and the ministries going on up there, we're going to swing up to Kidepo National Park for a weekend, before heading out.  Kidepo is the most remote, wildest, and least-visited park in all of Uganda.  And for those reasons it's often considered the best of Uganda's parks, and one of the best in East Africa.  There is a small airstrip there in the middle of the park, and although I've never had a chance to explore the park itself, I have landed at the airstrip a few times.  Here's a shot taken from the cockpit as I taxied out for takeoff a few months ago, with a buffalo staring me down.  If you look closely you can see that there is actually a security fence around the perimeter, but somehow this fellow is on the wrong side! 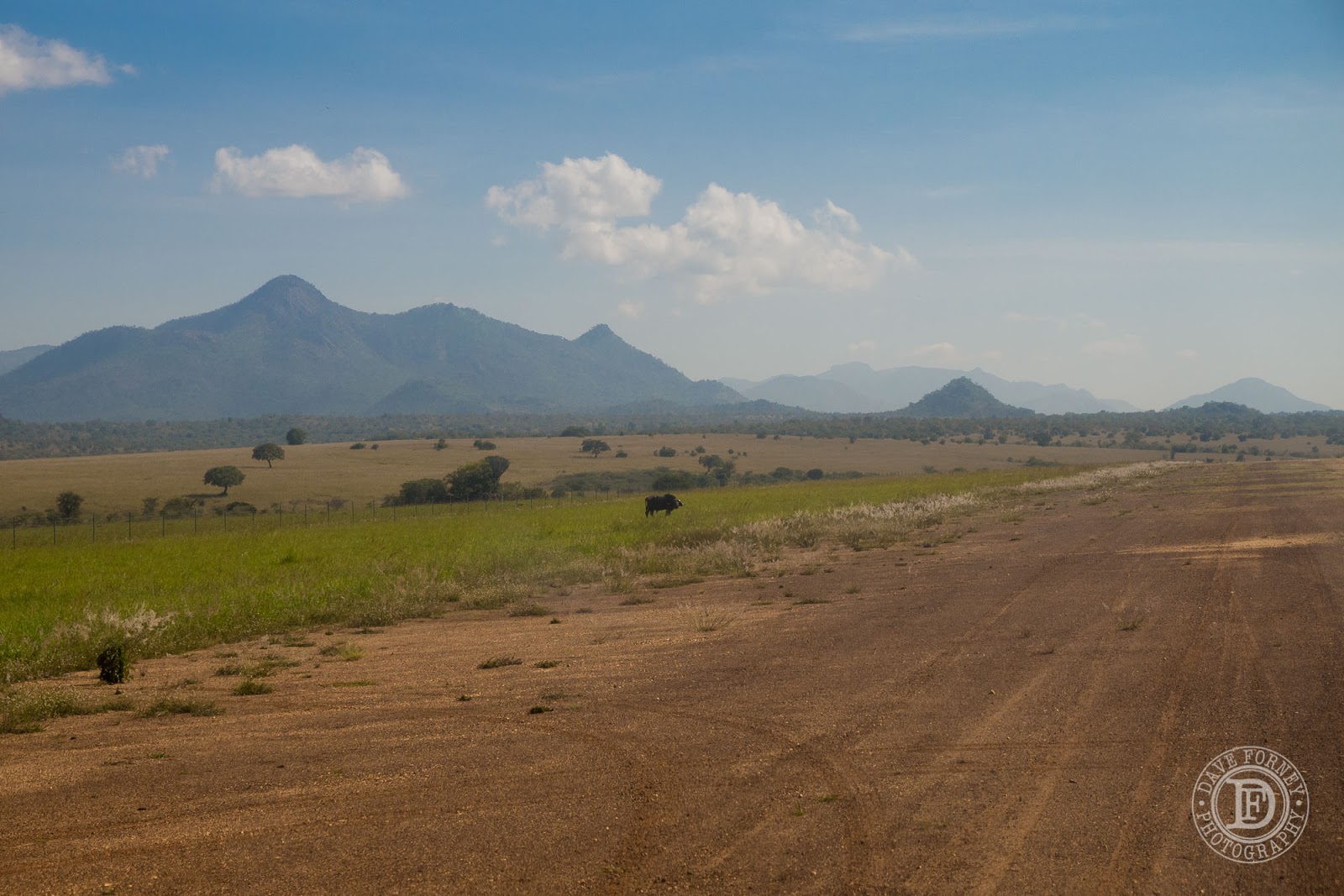 The park is located right up in the Northeast corner of Uganda, bordering Kenya and South Sudan, and not too far from Ethiopia.  It's a gorgeous area!  Right now it's nearing the end of dry season, so everything is totally brown...except for the watering holes and marshy areas.  What that means is that all of the elephants and other animals have migrated down from the mountains, and congregated in these areas with water.  So, from what I've been told by park rangers there, this is actually the best time of year to visit the park and view the wildlife.  I can't wait!  The photo below was taken last year, when it was still green.  If you look closely you can see a heard of elephants just above that pond down there.  There were more than 30 of them! 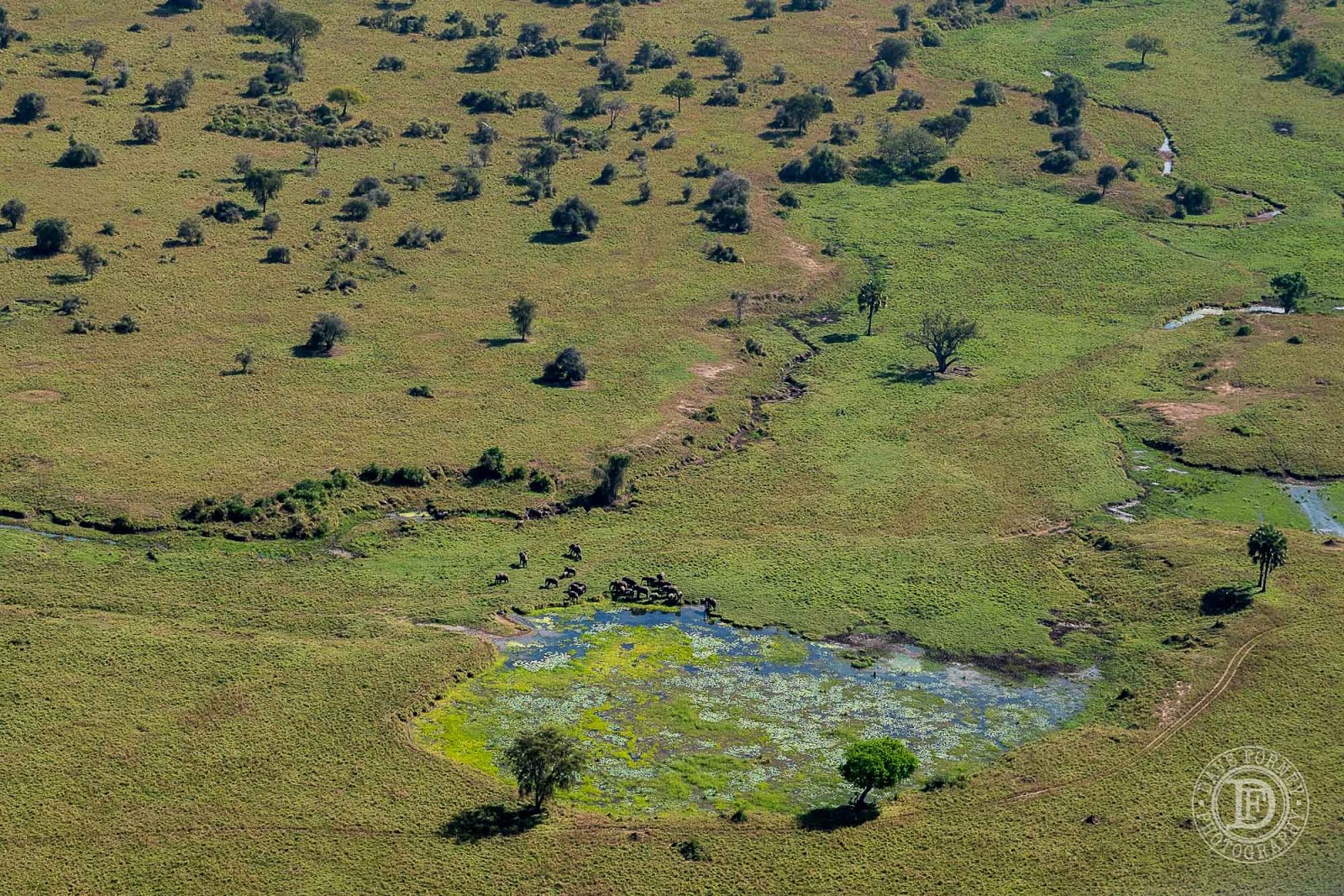 Since we're a small group consisting of a just a couple of adventurous guys, we're planning to bush camp out among the wildlife and surreal landscape.  Should be awesome!  I'm sure I'll have some photos to share with you upon returning... so long as we don't get eaten by a lion. :-)
Posted by Dave at 8:00 AM

Don't get eaten by lions when we're so looking forward to hearing the report and seeing the pics! Sounds like a truly magic adventure.

Can I speak to you more about becominga missionary?