The Rugged, Beautiful, Desolation of Chad

The overwhelming desolation and seemingly eternal vastness of the Sahara desert is surreal and shocking! The view from my office window, thousands of feet above that rugged, beautiful Chadian landscape left me speechless. The photos definitely do not do it justice. 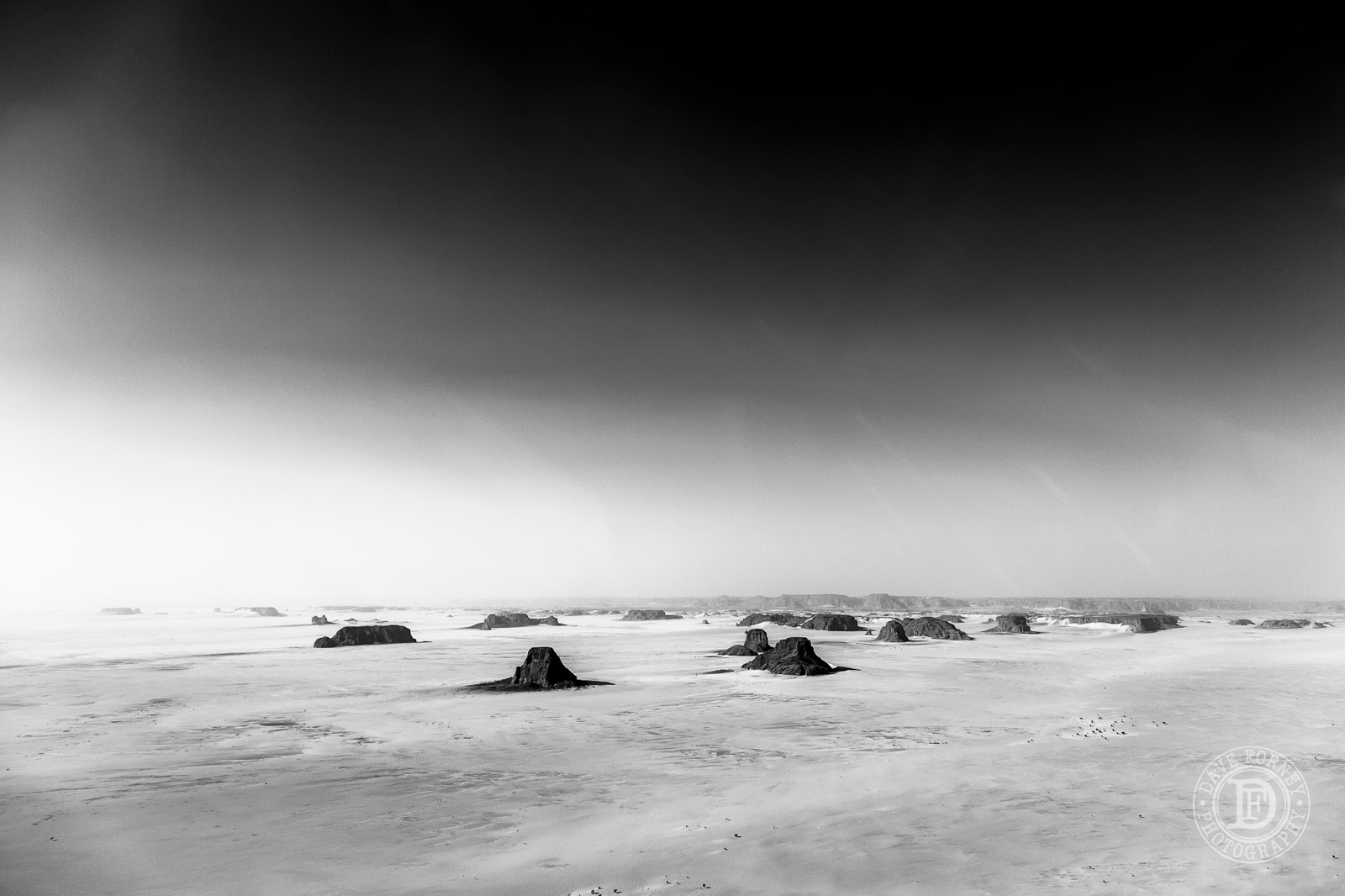 At times it seemed like I was looking out over an endless ocean of sand, pierced only by sporadic islands of jagged, immense rocks the size of skyscrapers. I felt small, vulnerable and insignificant by comparison. 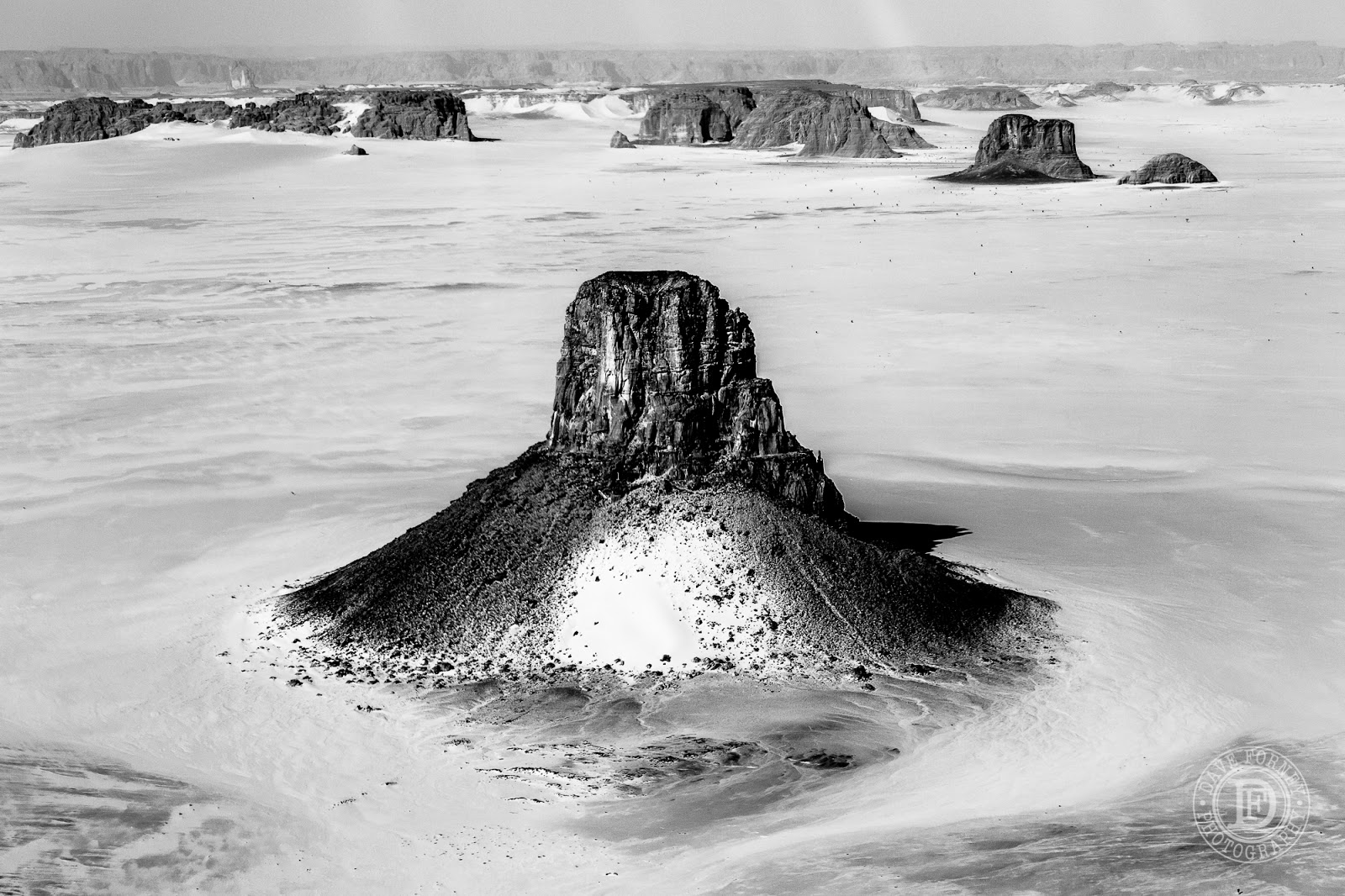 I love wide open, surreal landscapes. This area (the two photos above, and the next three photos below) were taken around, and to the Northwest of Fada. It reminded me of the American Southwest--Arizona, Utah, etc.  But the desolation seemed magnified, as there were no roads, no buildings, no signs of humans in any direction. I would love to join an expedition by land through this region--how incredible would that be?! 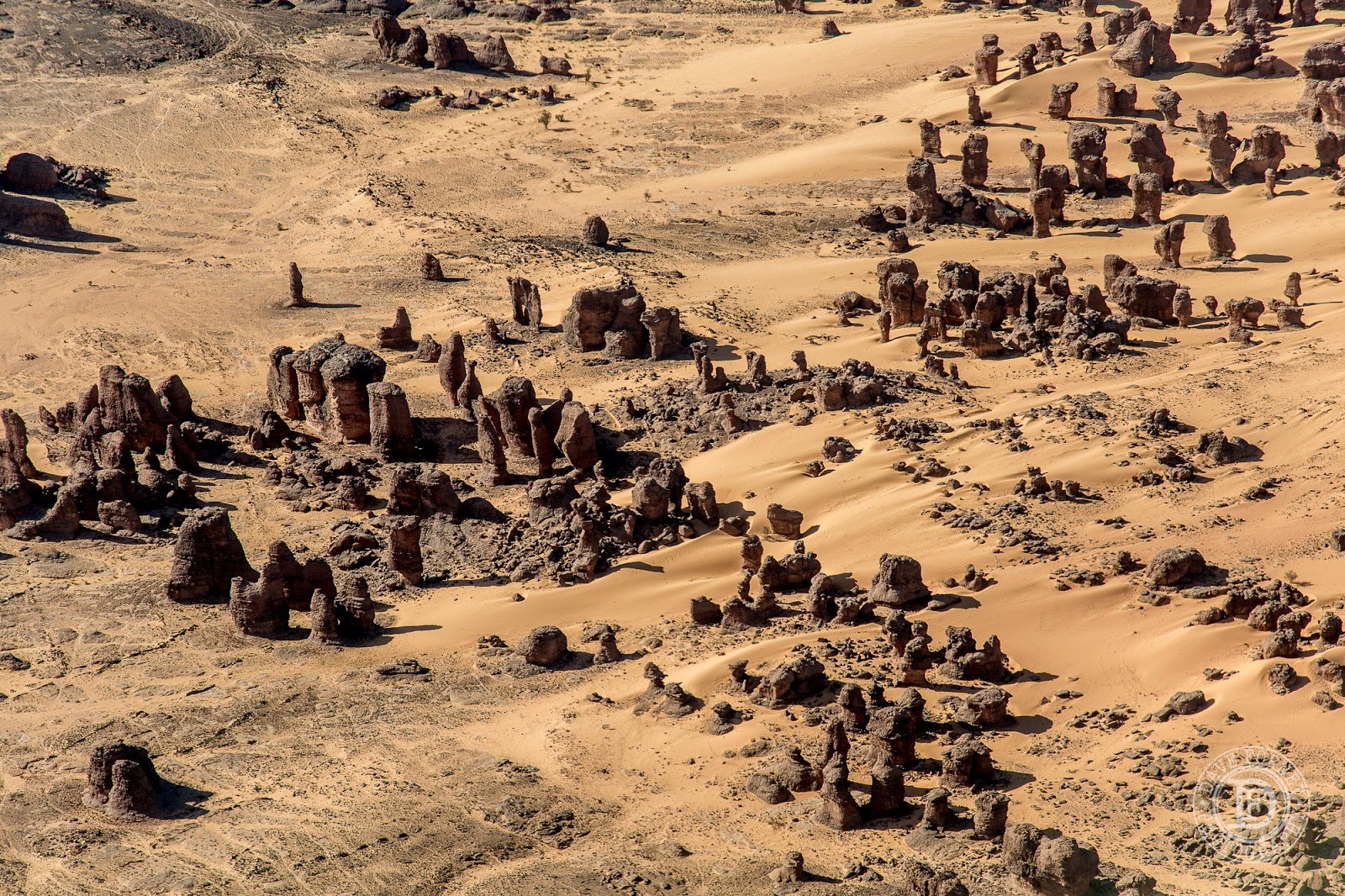 These rock formations went on forever... at least it seemed that way. Again, their size is deceiving. They seem small in the photo, but I can promise you that's not true. Based on our altitude, and comparing this to other areas I've flown over, but also seen from the ground, these rocks are huge! The spires above are probably 50 - 100 feet high or more, and the ones below jut hundreds of feet above the scorching sand.  Can you see the arch in the rock below, just above the cream-colored sand dune? There were dozens of large arches in this area. In fact, not too far from here is one of the largest arches in the world. 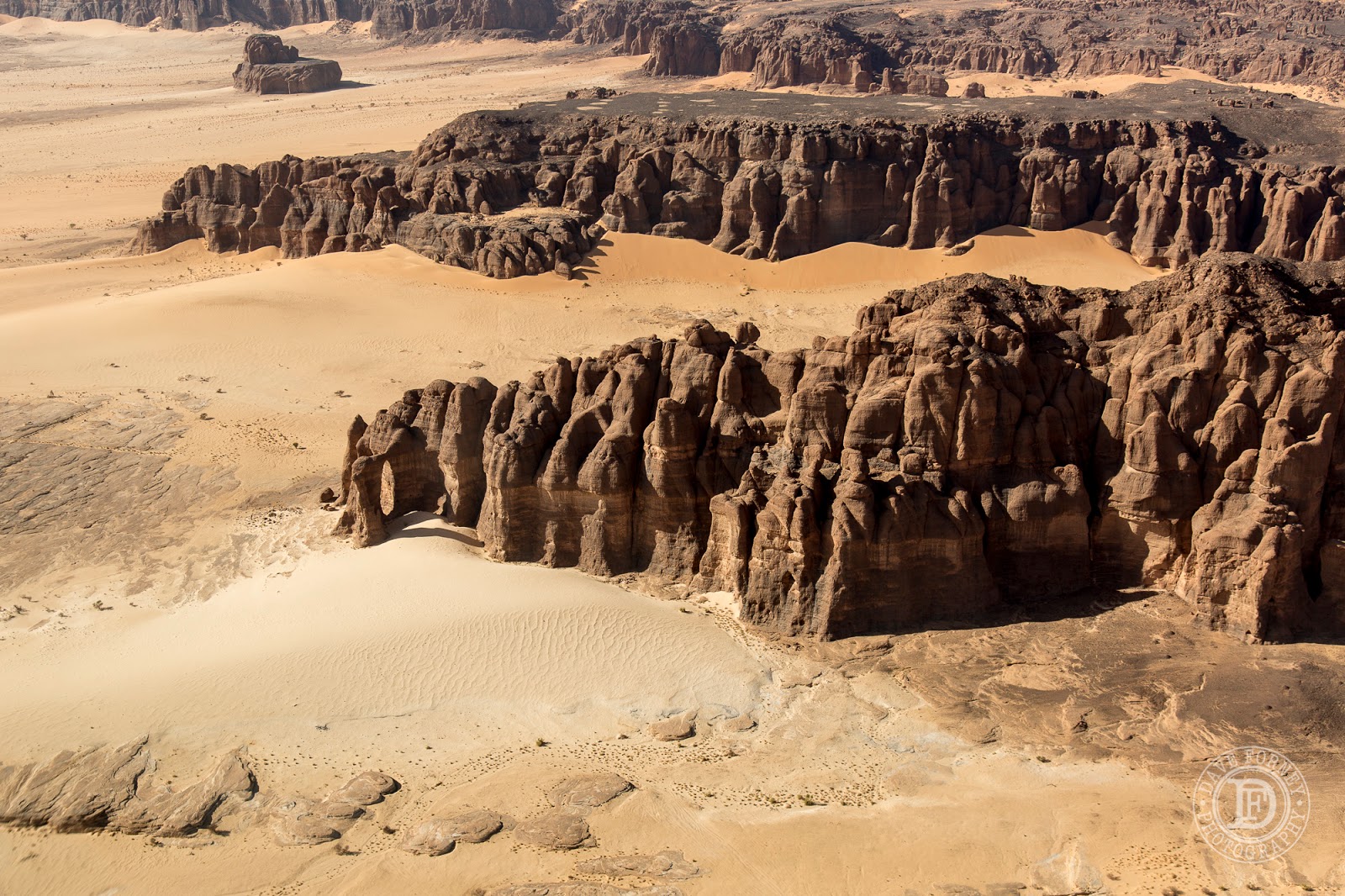 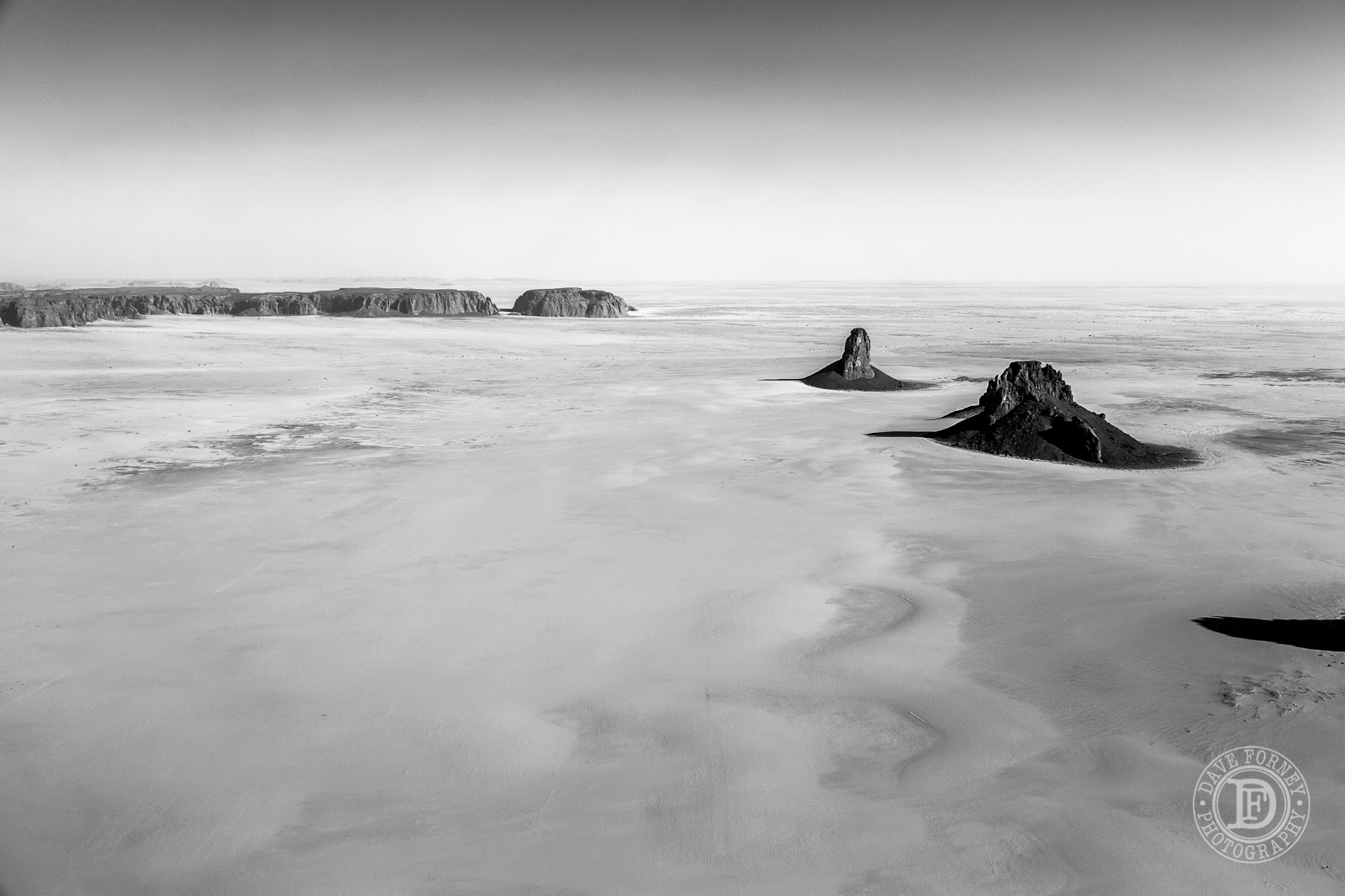 As you continue flying north, the rocks eventually disappear and give way to nothing but sand--sand as far as the eye can see. That's the area where the massive dunes line up like soldiers in  parrallel lines stretching to the horizon. Some of the photos from the last post were taken in that area.  Continuing further to the Northwest, beyond the oasis town of Faya, the desert rocks once again begin to appear. In the next two photos you can see how the rocks and dunes in this area have both been shaped into seemingly endless lines by the harsh, hot desert winds. 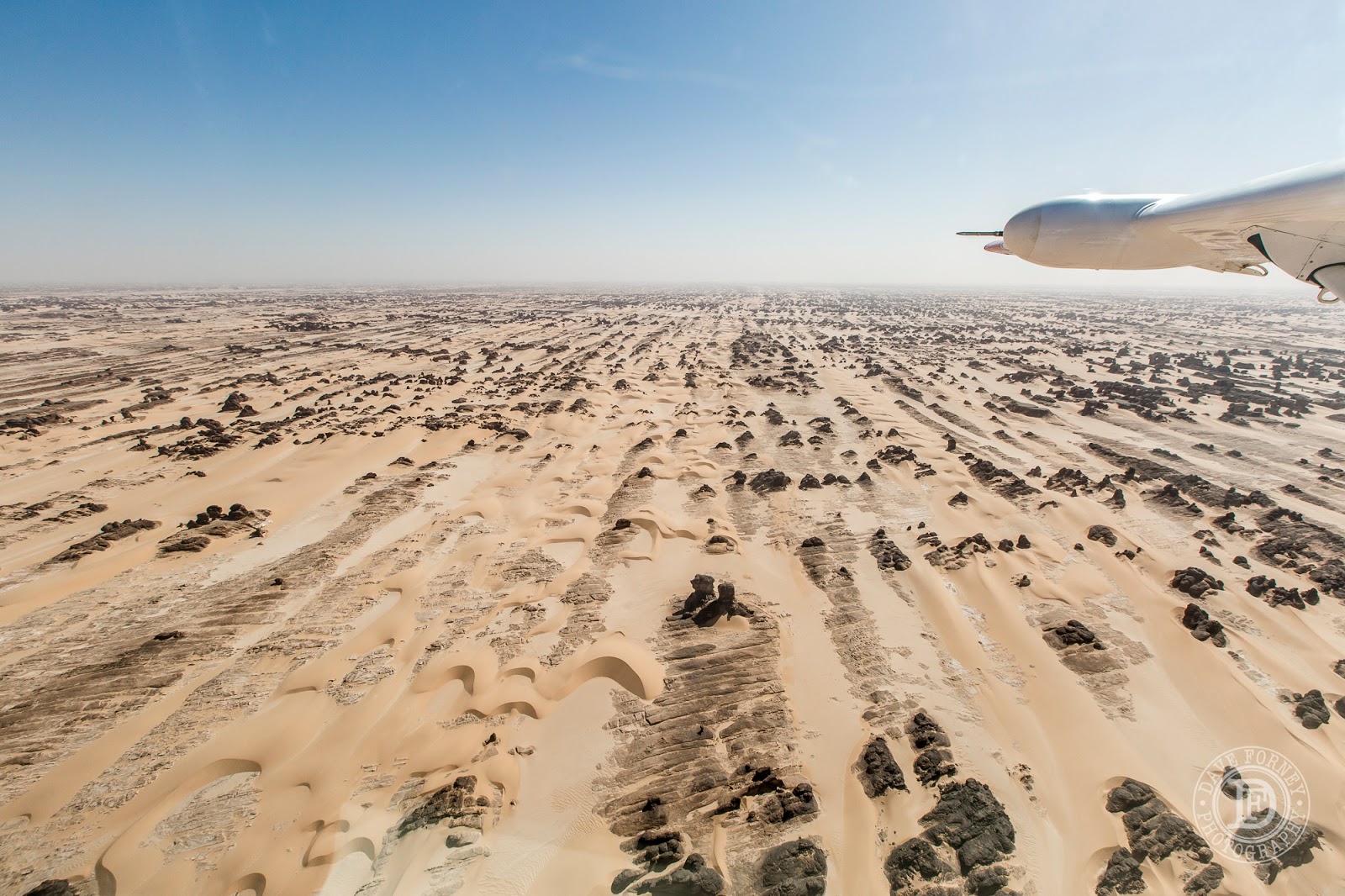 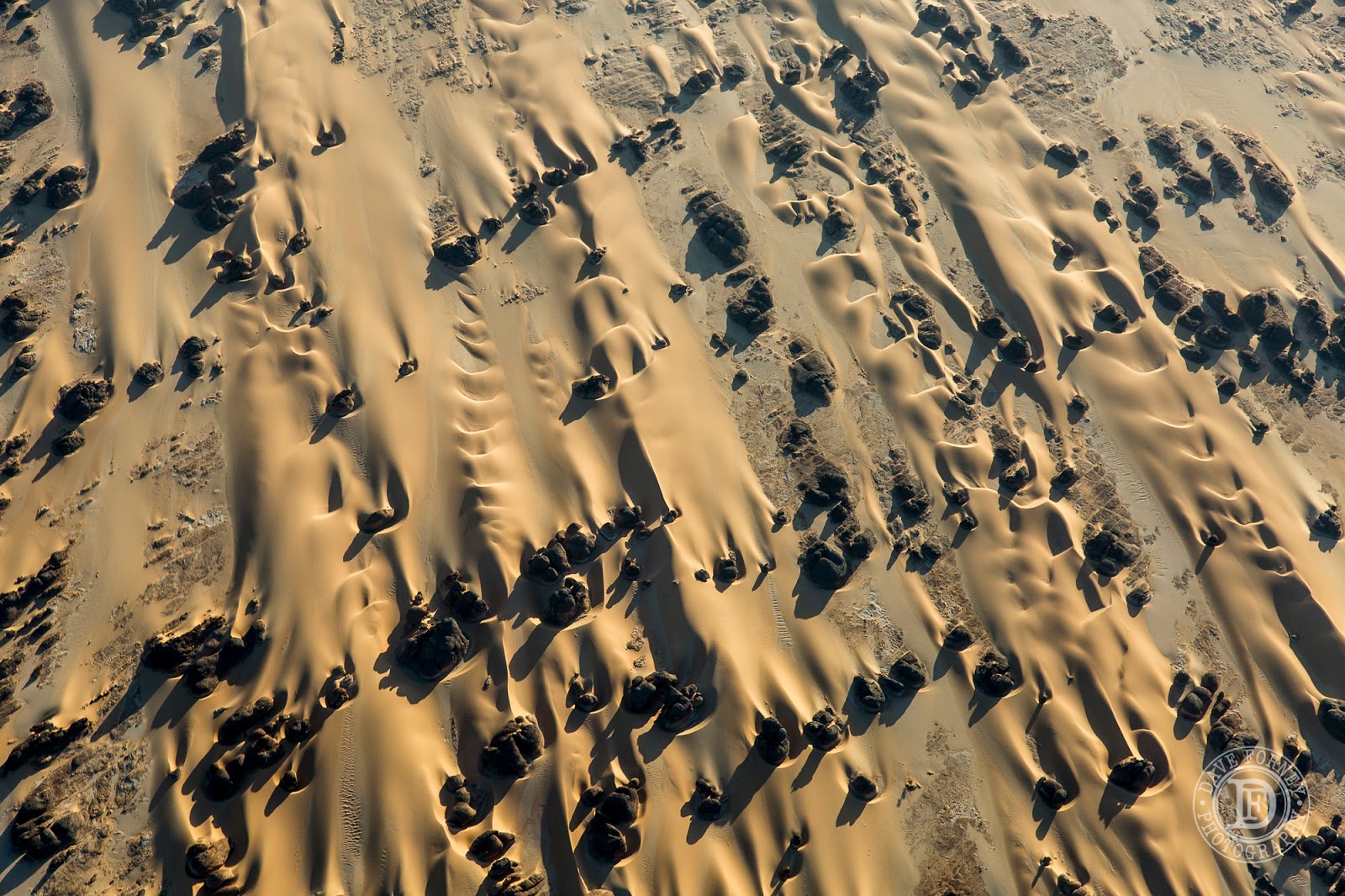 The further North you go, the larger and more rugged the rocks get. Check out the colorful sands caught in-between these huge rocks. 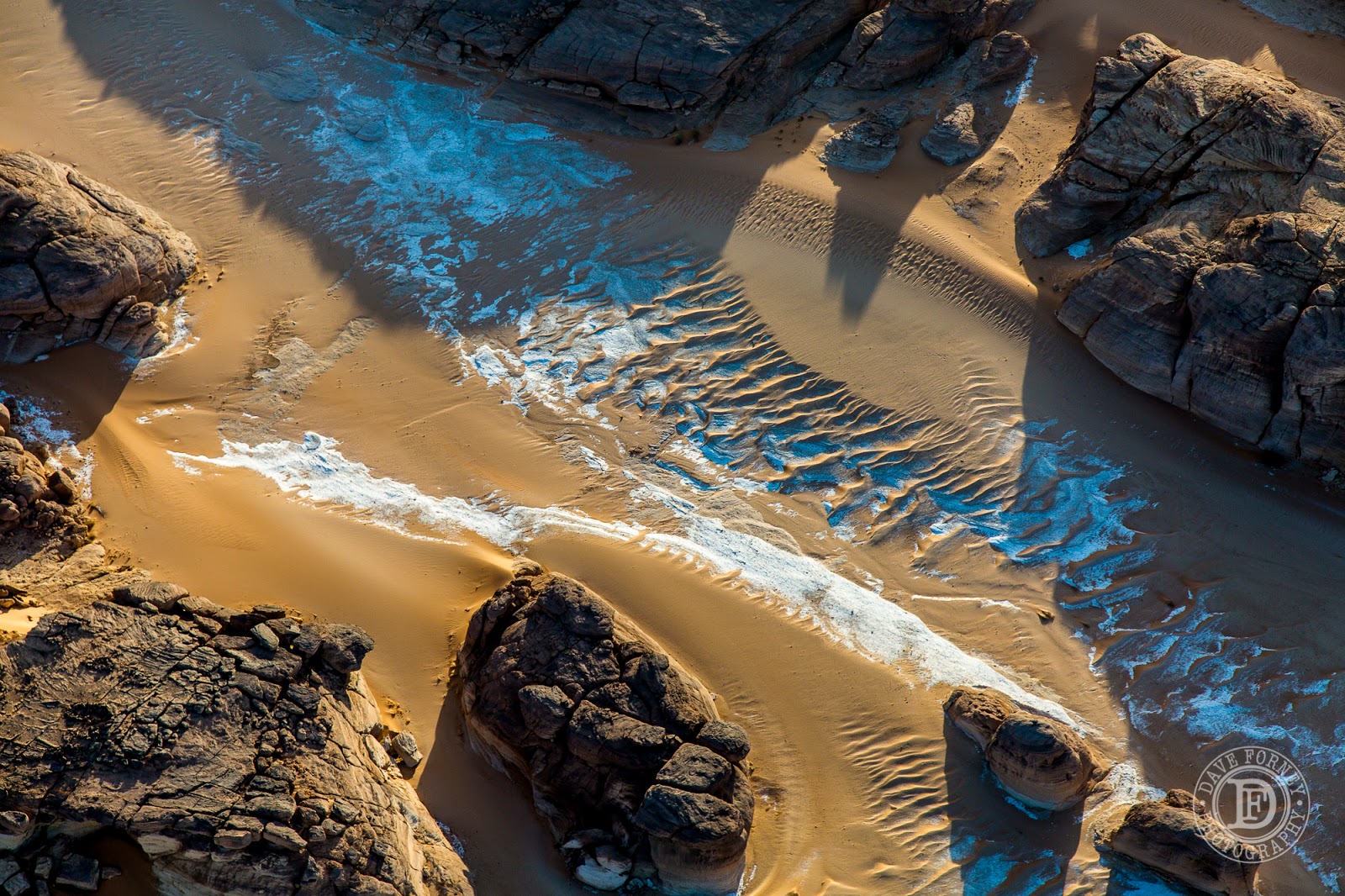 As we begin to approach the foothills of the Tibesti Mountains, the landscape gradually takes on the extreme, rugged, desolate appearance that seems to have more in common with the surface of Mars than with our own planet. The sand and rock in this area appears almost monochrome, so I converted these images to black and white, which enhances the light and shadows and better captures the raw, gritty desolation of the region. 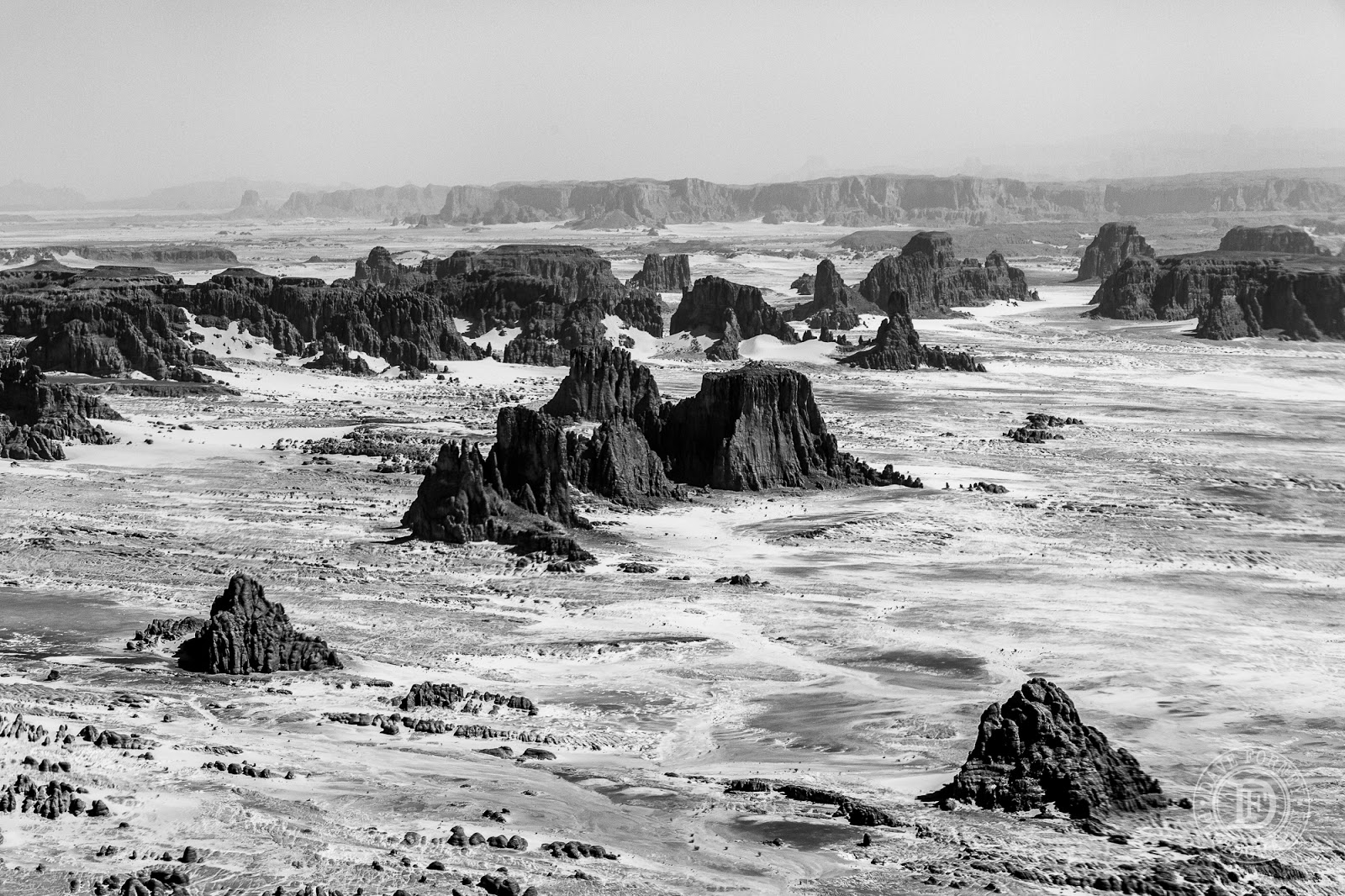 In many areas there were seemingly endless, old lava flows, cones, craters, etc., stretching on as far as I could see. Can you imagine trying to travel through this landscape? Yet, there are local people who have survived and thrived here for generations. 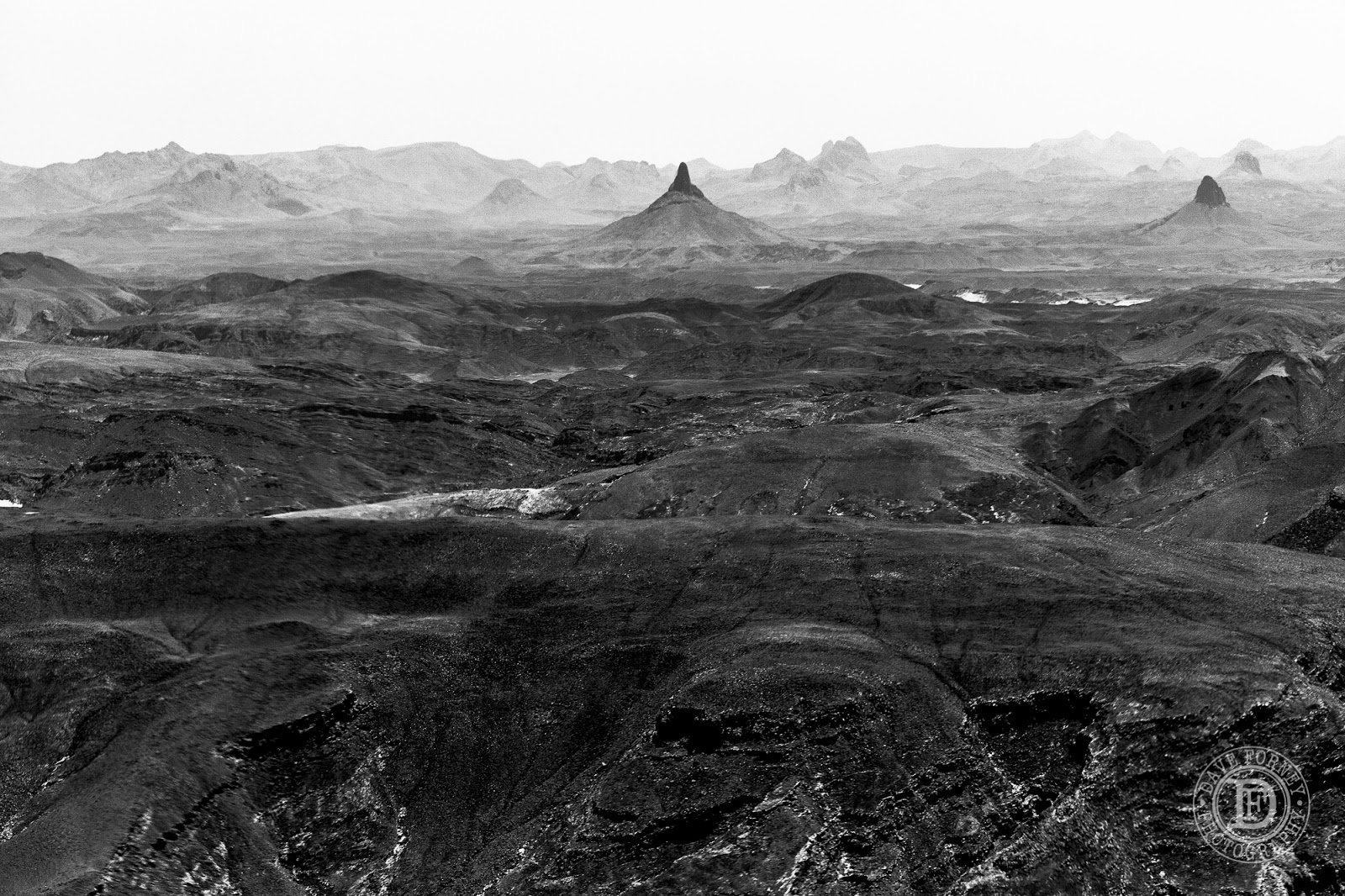 And here we are getting into the Tibesti mountains themselves--in every direction, as far as the eye can see, there was nothing but rocks. Jagged rock cliff faces reached hundreds and even thousands of feet above the crumbled rock valleys and canyon floors below. I wander if a human has ever stood on the top of that cliff face below? 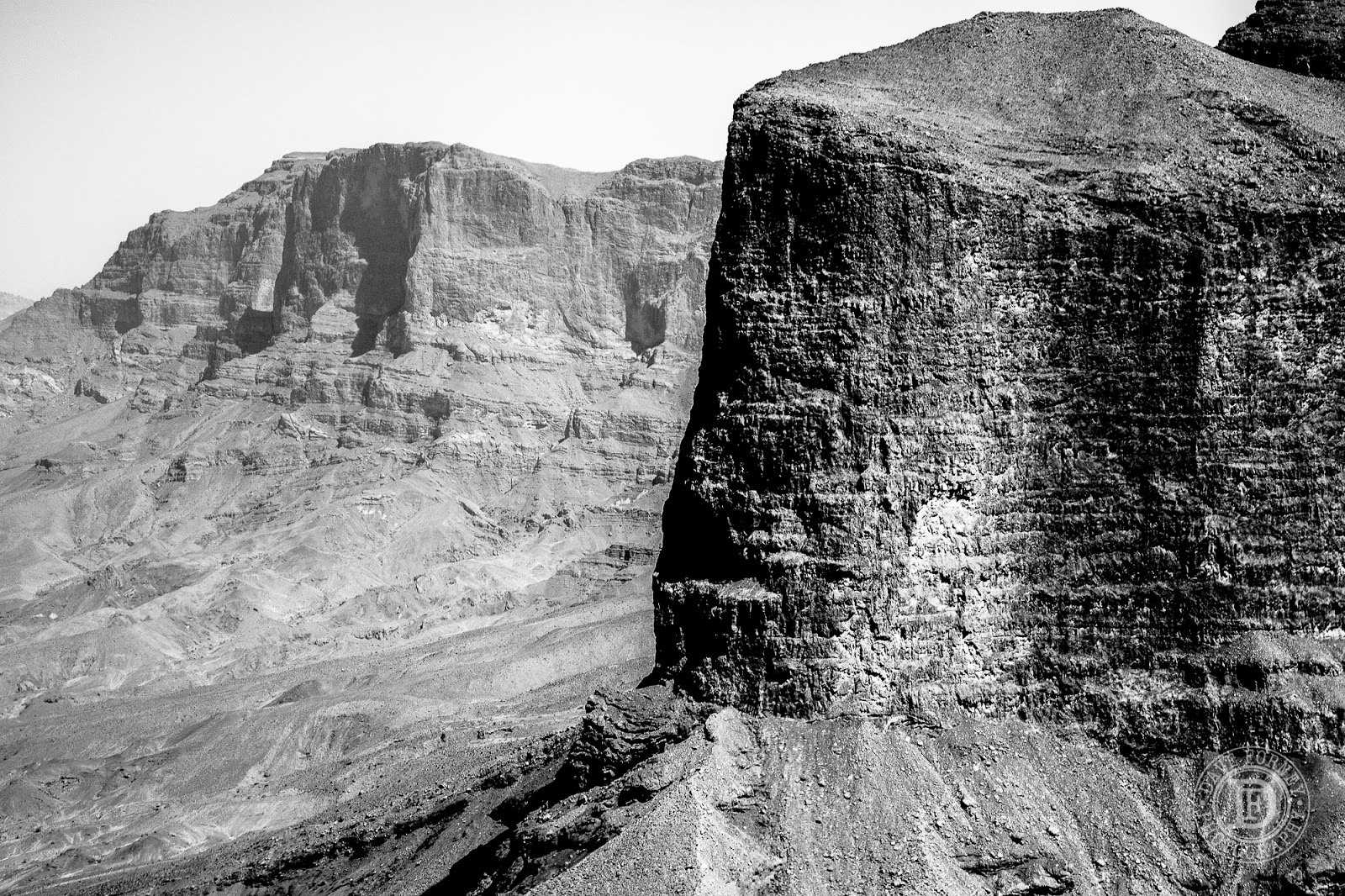 Obviously, the previous several photos were converted to black and white. However, in the remaining photos below, I wanted to show you the true colors (or rather lack thereof) exactly as they appeared. You can see that although the shade of color varies slightly over large areas--there's really no vibrance, or dramatic variation within the local areas. It's weird--when I was looking at my photos for the first time, I almost thought I had somehow accidentaly converted them to monochrome. Nope--that's how the landscape appears in real life.

As I've said several times in reference to the previous photos, the size and scope of these jagged ridges and canyons is deceptively huge. This area reminded me of the Badlands of South Dakota, but again, even more desolate and eerie. 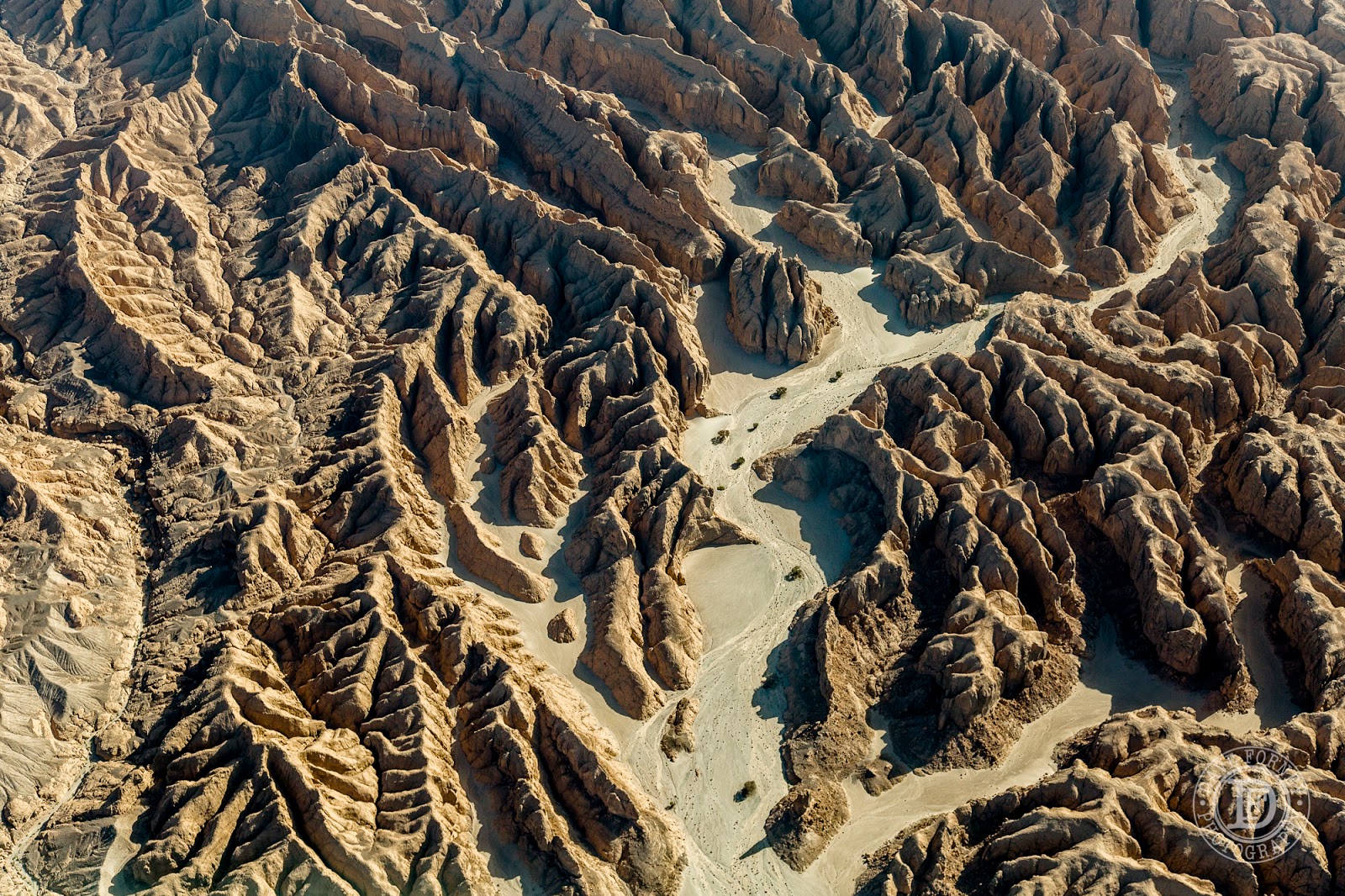 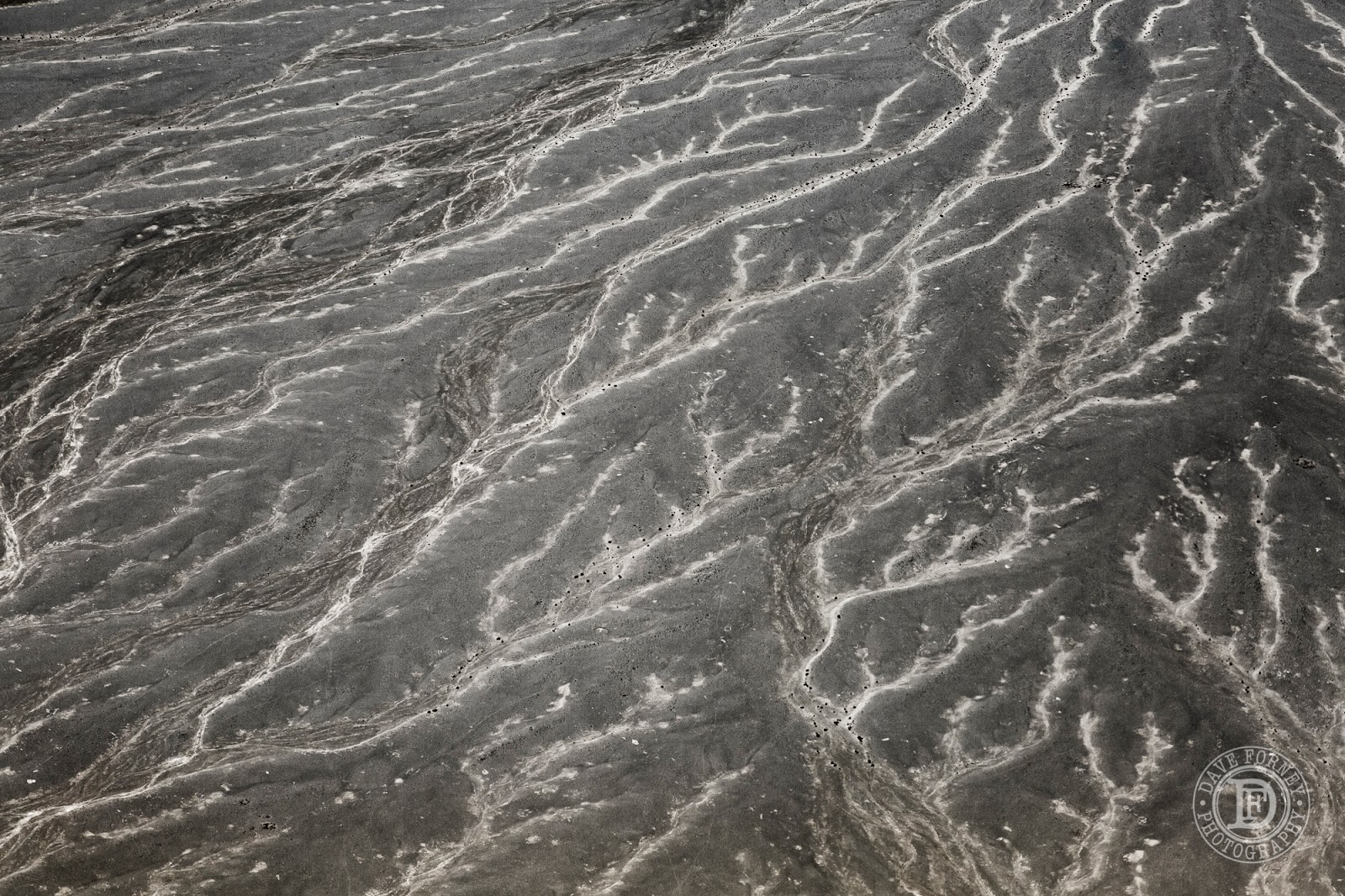 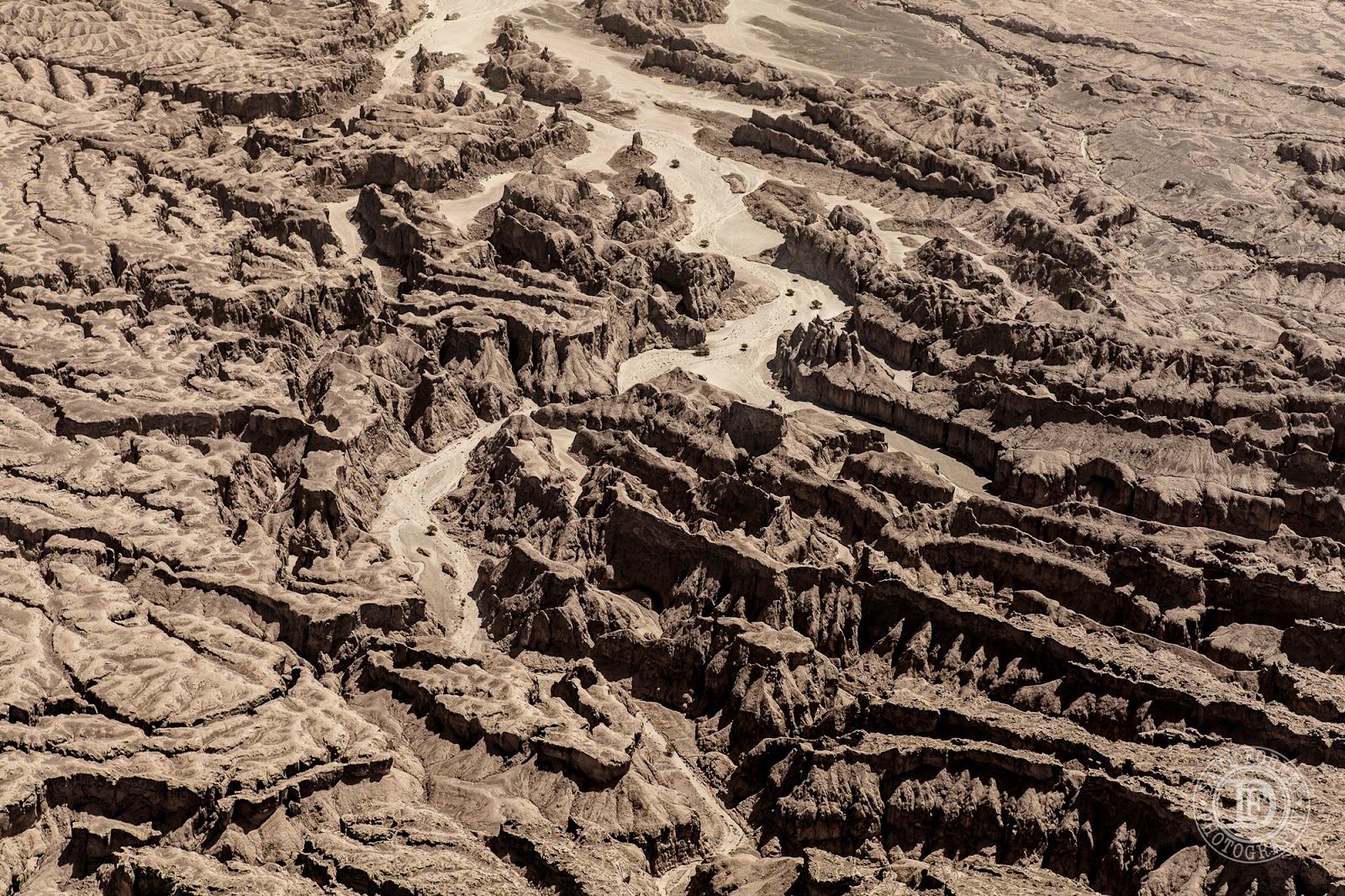 As promised, here's a picture of the highest peak in the Sahara Desert--Emi Koussi. I was fortunate to have some incredibly clear weather this day, allowing for some striking photos of this massive, rugged, scarred volcanic mountain. The highest point (at 11,302') is the little peak at the top, right edge of the photo, just on the outer rim of the huge volcanic caldera, which stretches several miles across. At the top of the photo, looking to the south, you can clearly see the edge of the caldera, where it falls sharply away to the barren plains below. 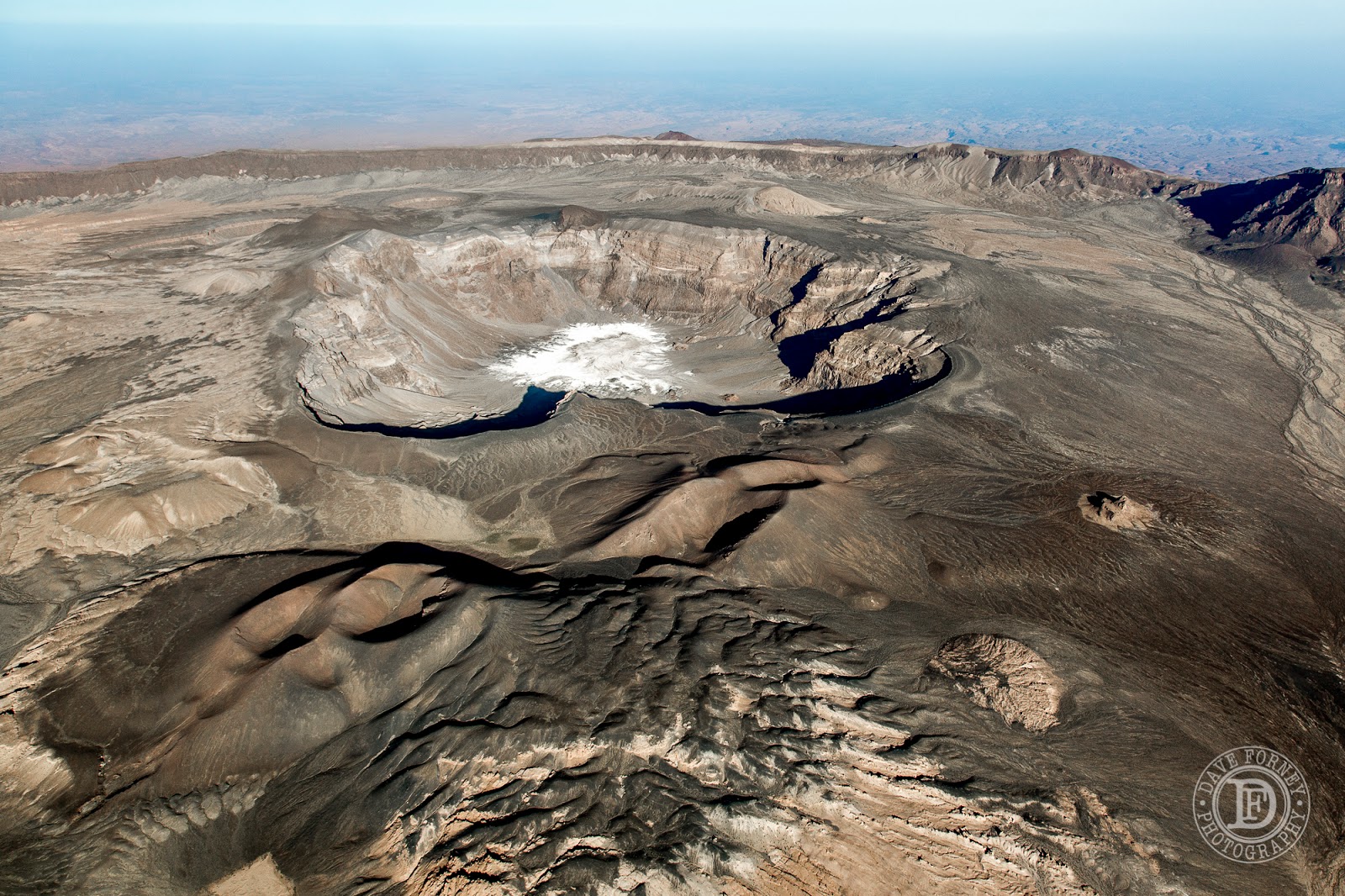 Here's a closer view of the edge of the caldera--the right side of the photo is within the caldera, while the top left corner of the photo shows the outside of the caldera, dropping rapidly away to the rugged, barren valley far below. There were many striking craters, cones, domes, etc. within the large caldera, and I'm sure a volcanologist or geologist would have an absolute blast studying this area. If you happen to be one such person, and you are adventurous enough to plan an expedition here, please do take me with you! I'd love to explore this area on foot. Or on the back of a camel. :-) 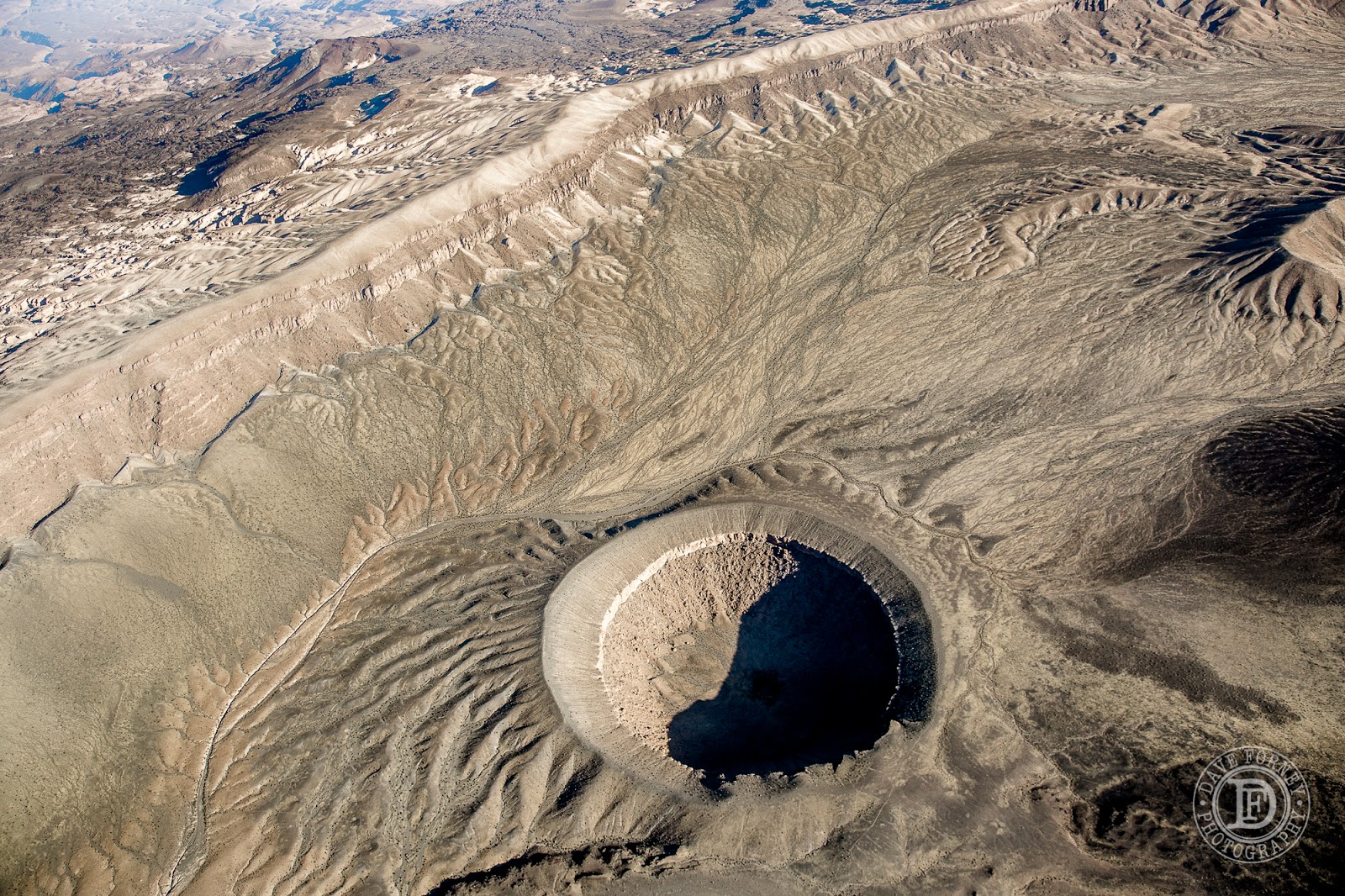 Speaking of camels... check back next week to see some of the wildlife I spotted while in Chad.
Posted by Dave at 1:34 PM

Email ThisBlogThis!Share to TwitterShare to FacebookShare to Pinterest
Labels: Chad, View From My Office Window

Amazing, Dave. What wonders you have seen! What adventures you have had! This desert scares me... it is what the middle of other continents are becoming as the world climate changes too fast. Desert is fantastic from the air, but what happens to the animals and the people as it expands and things dry up too fast for adaptation... A rhetorical question.

Meanwhile, thank you so much for once again sharing National Geographic quality photos with us and showing us some of what you see during your days.

I can see how Chad is presenting new artistic exercises for you! Beautiful pictures, as always. Thanks for sharing. -- Dianna