The Sands of Chad

You may remember that back in April I had the privilege of spending some time flying for the MAF Chad program. If you missed those posts, you can check them out here: Flying in Chad and here: Flying in Chad 2. I really enjoyed working with the wonderful MAF staff there, and getting a glimpse into the hugely significant role that MAF plays in helping to facilitate the ministry and work of many agencies who work in some very remote and desolate places.

Chad is a vast and rugged country, offering some of the most immense and inhospitable landscapes that I've seen anywhere in the world. From the comfort of the MAF plane, thousands of feet above the shimmering sands, I was awestruck at the ever-changing colors and shapes of the desert dunes  far below, and overwhelmed with the sheer size of the desert! It was a truly mesmerizing and surreal beauty--soft, silky, pastel colors and dreamy lines, often seeming to stretch from horizon to horizon. This is the largest desert in the world--a desert who's unearthly size and fierce beauty is perhaps only surpassed by her cunning reputation to quickly kill any unsuspecting fool who does not understand or respect her fierce power.  This is the heart of the Sahara Desert! 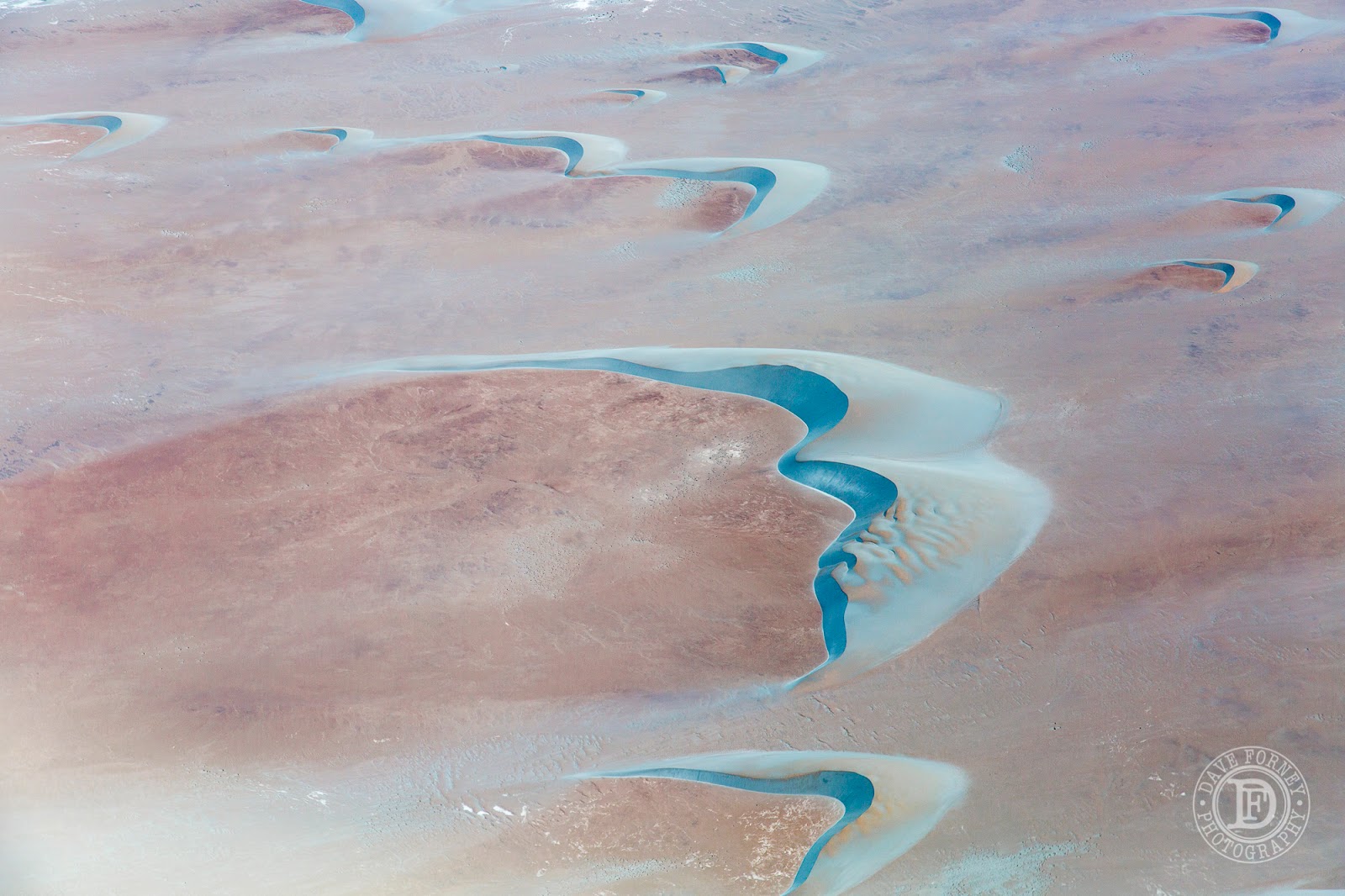 Over the next few posts I want to share with you some of the awe-inspiring natural-world scenes that I saw in Chad, both from the air, and from the ground (or sand as it may be.) In this post we're obviously focusing on the sand. Who knew that simple sand could be so beautiful? Did you ever see one of those decorative bottles filled with layer upon layer of colorful sand? For some reason I used to think the sand in those bottles had been intentionally and artificially colored by man. Now I can tell you that my theory was wrong--the desert sands of Chad come naturally in a rainbow of colors--more than I would have ever thought possible. 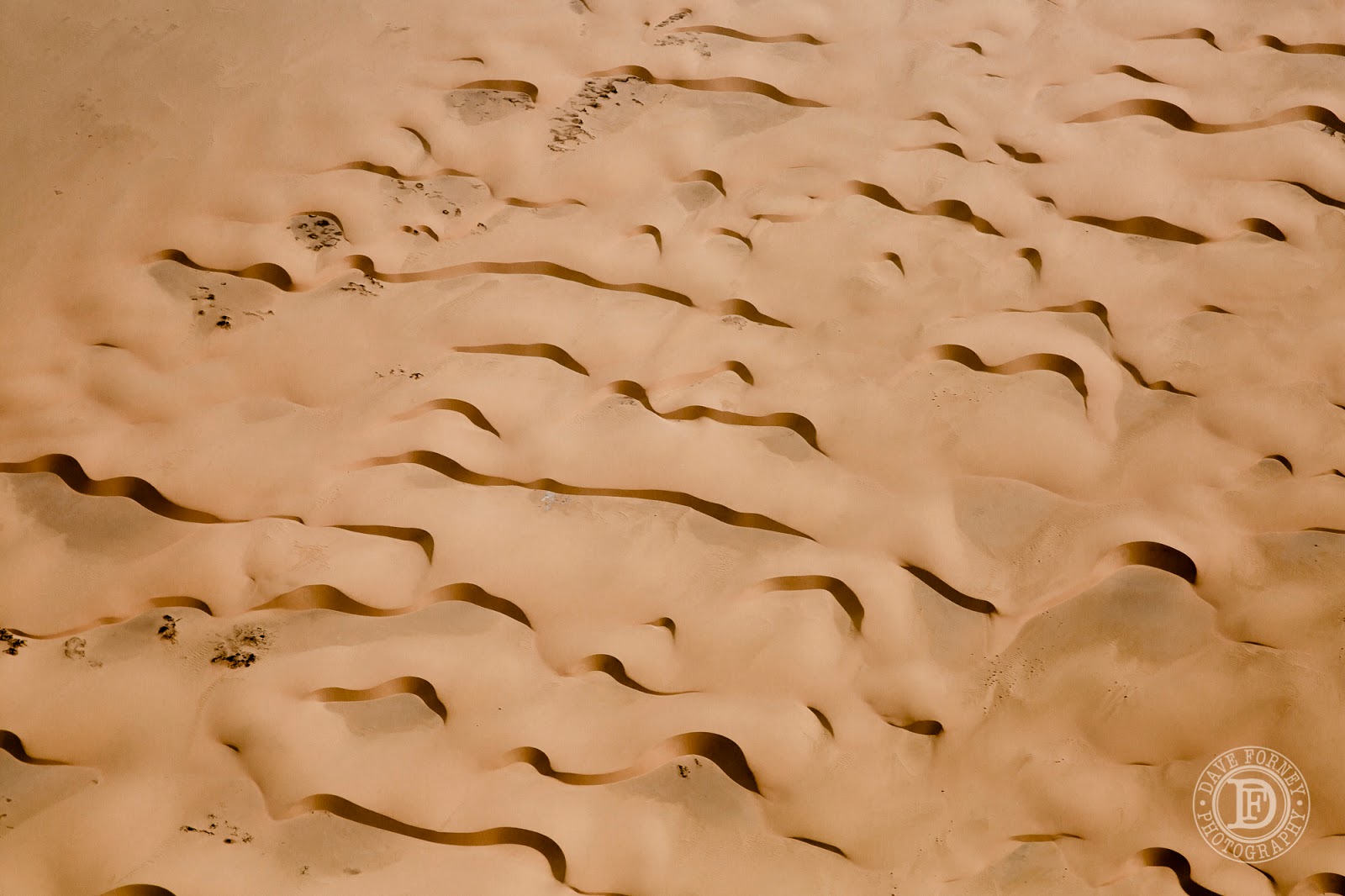 I had a hard time choosing which photos to share--I have many more like these, and they are all unique, displaying a myriad of colors, lines, shapes and shadows. 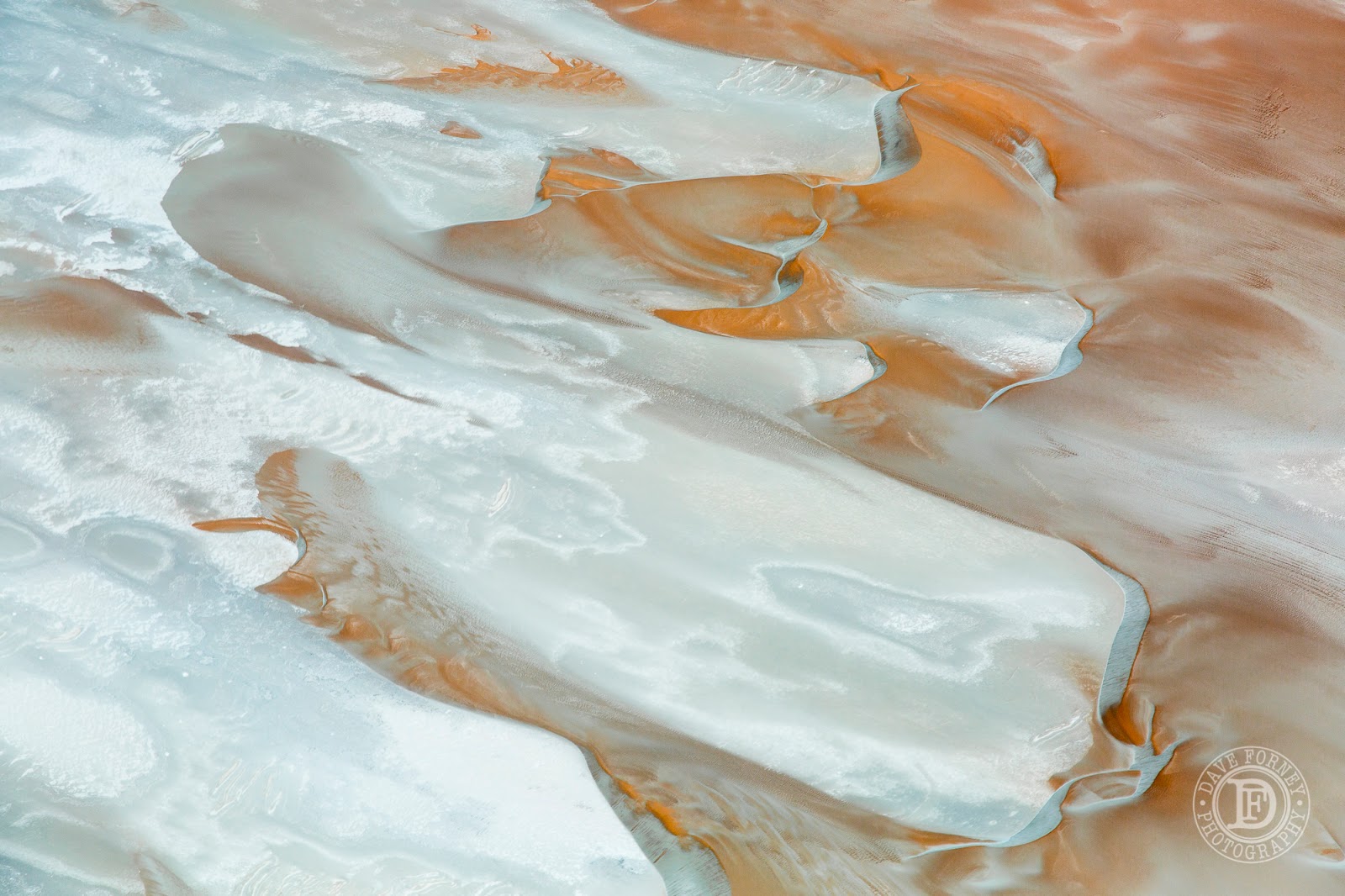 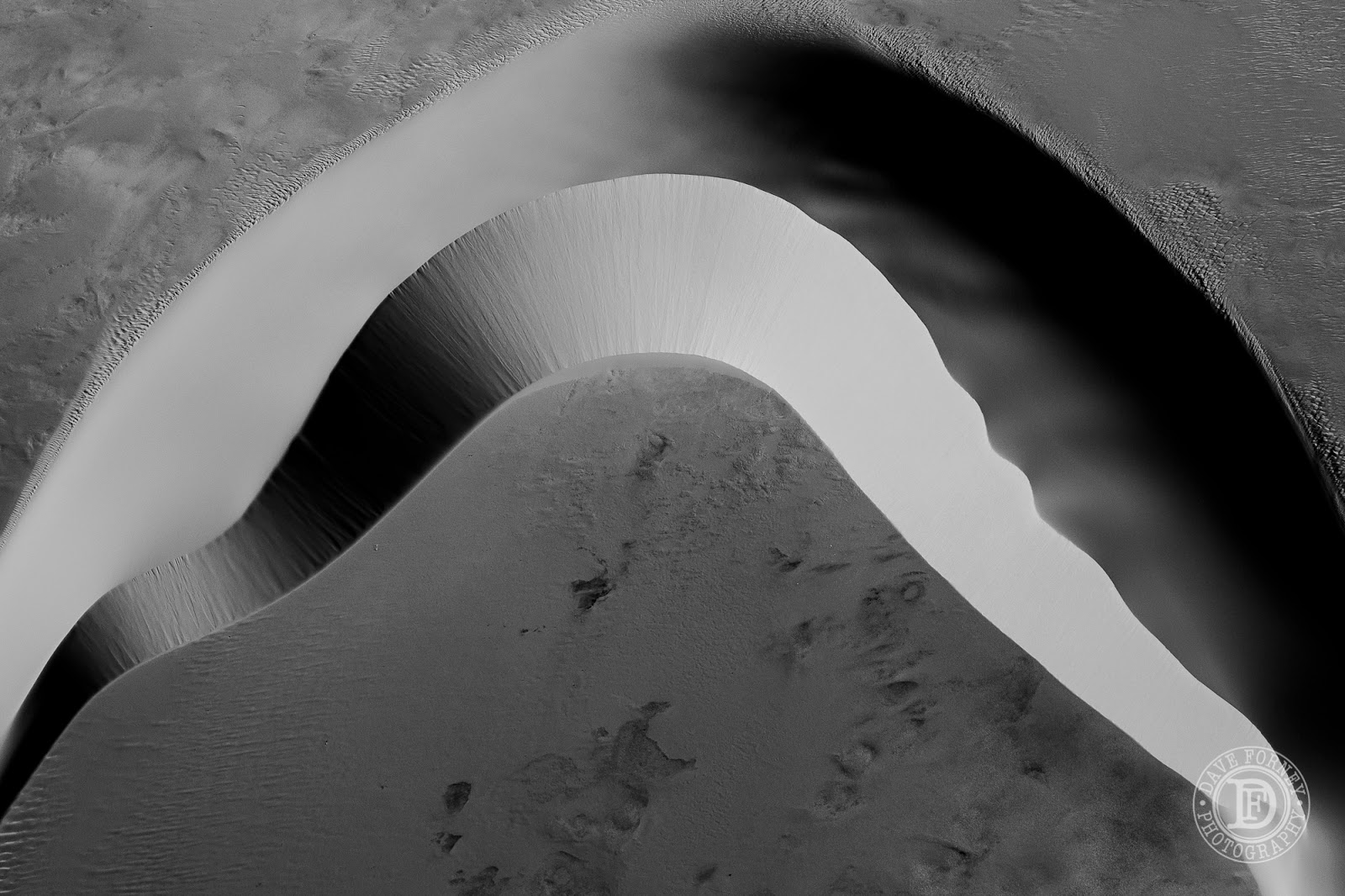 Keep in mind that most of these photos (in fact all of them except the one below) were taken from the aircraft, thousands of feet above the desert floor. Because of that, it's easy to loose perspective. For example, how big do you think the dune above is? Is it 10 feet across, or hundreds? Or more? There's really no way to know without an adjacent person or vehicle or tree with which to compare it. But I can tell you that if a person were in this photo (and we were far from any sign of civilization, so I doubt there was a person anywhere within a hundred miles or more of that dune down there) then he or she would have been invisible in this image. A vehicle (if it could have plowed through the endless sands to arrive at this dune--which is not likely) would have appeared as a  mere dot. The dune above was easily over a kilometer across, and hundreds of feet high, and it was only one of hundreds, if not thousands, of similar dunes that stretched in a vanishing line to the horizon. 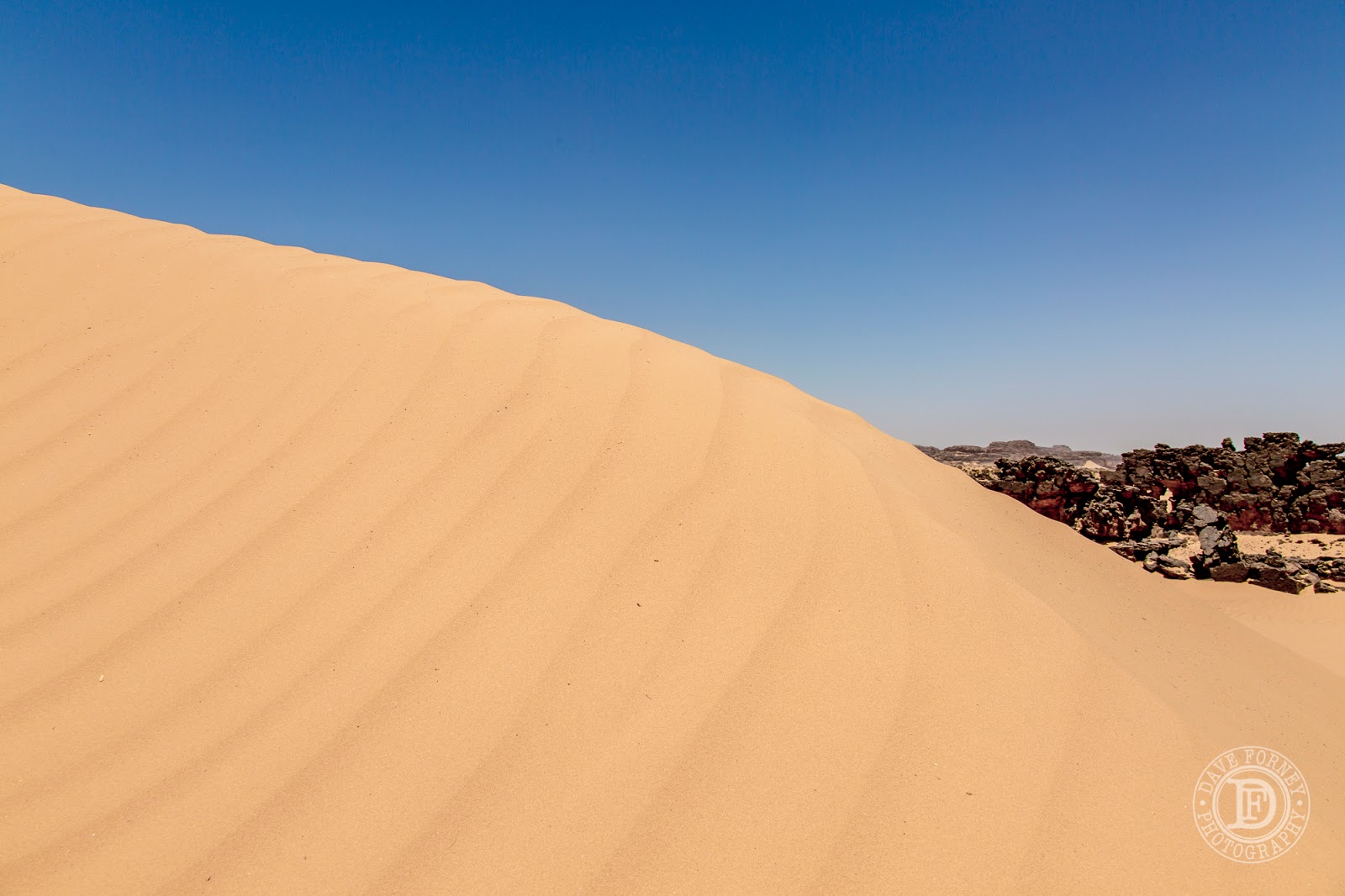 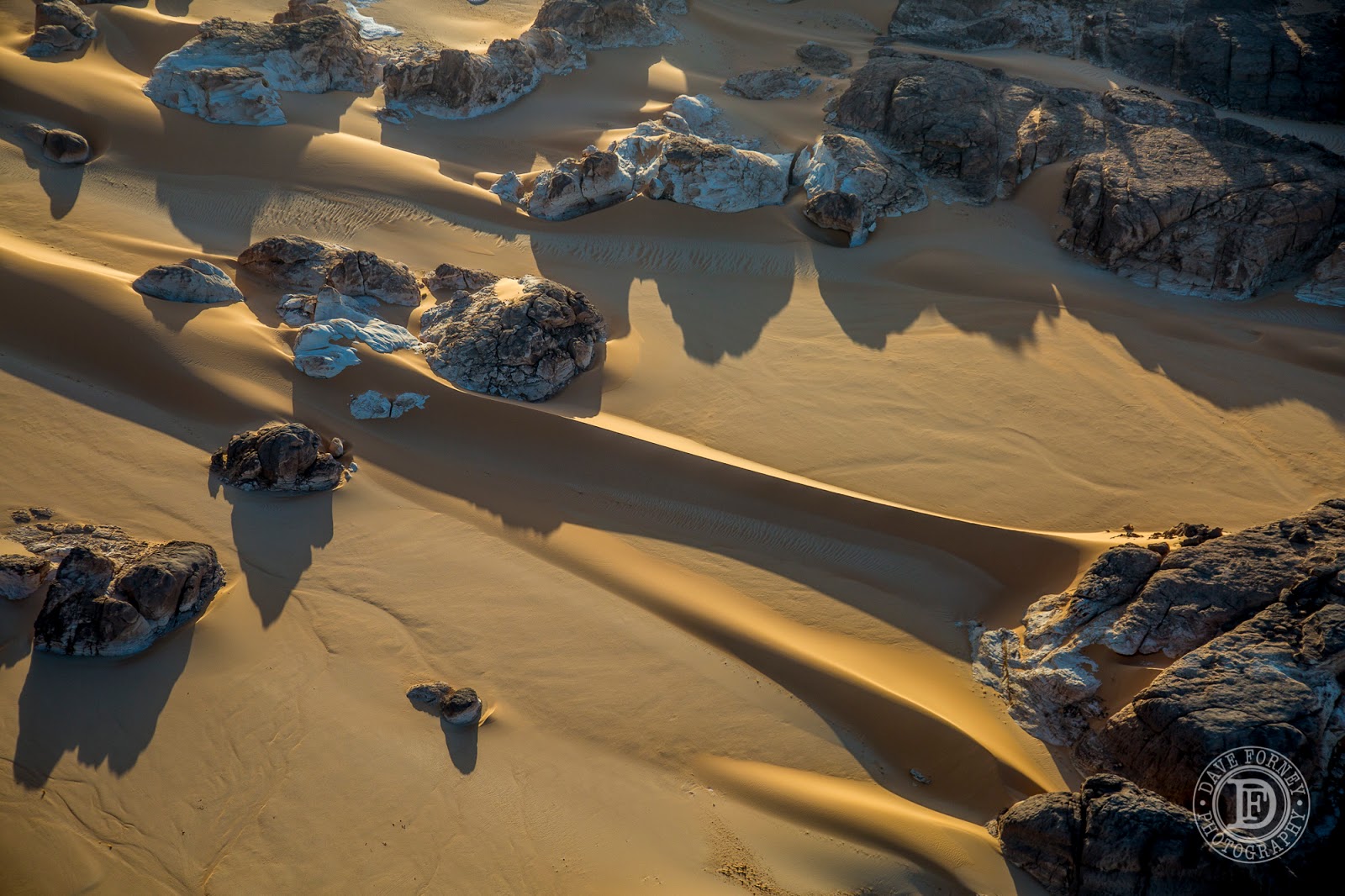 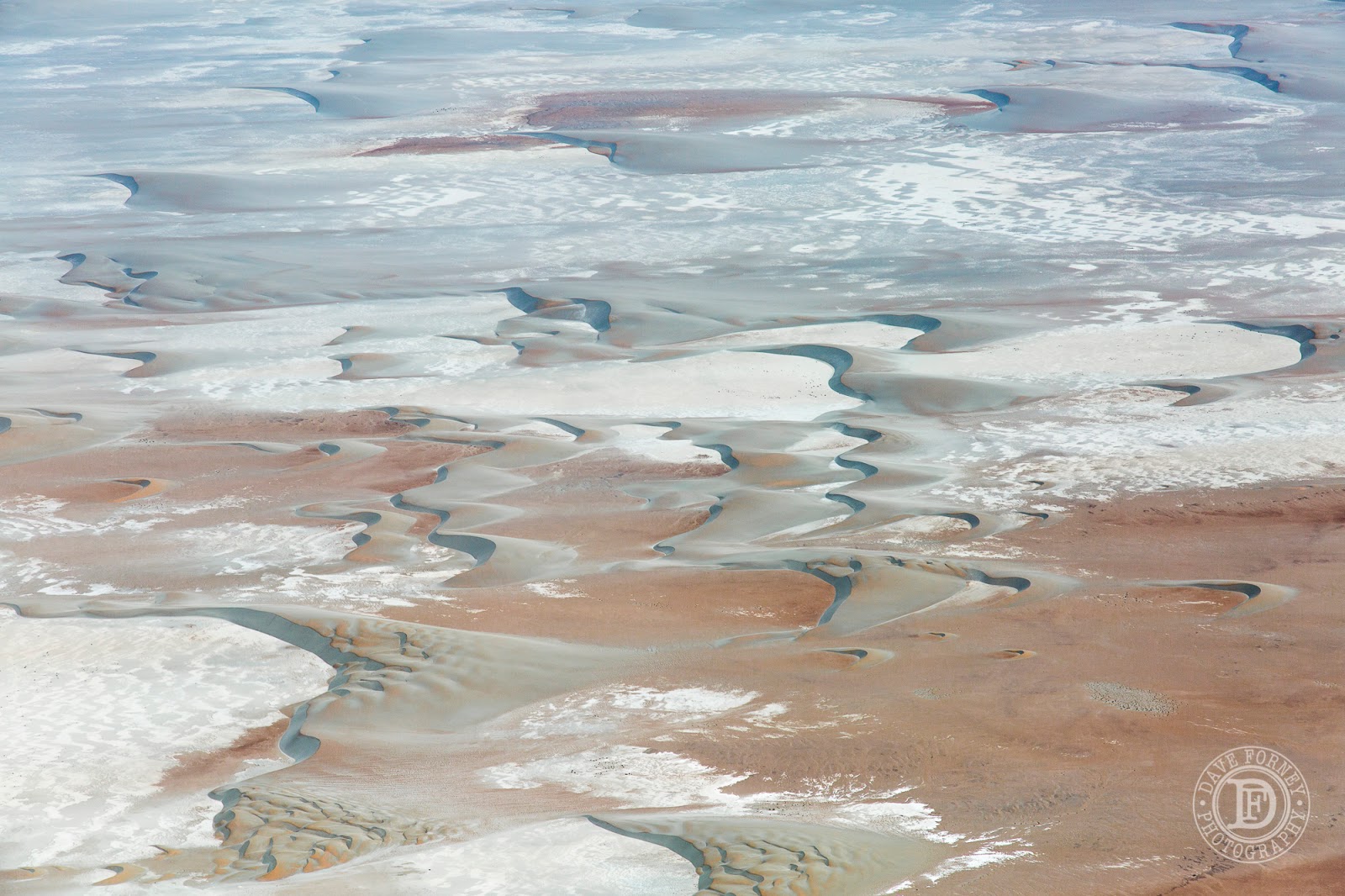 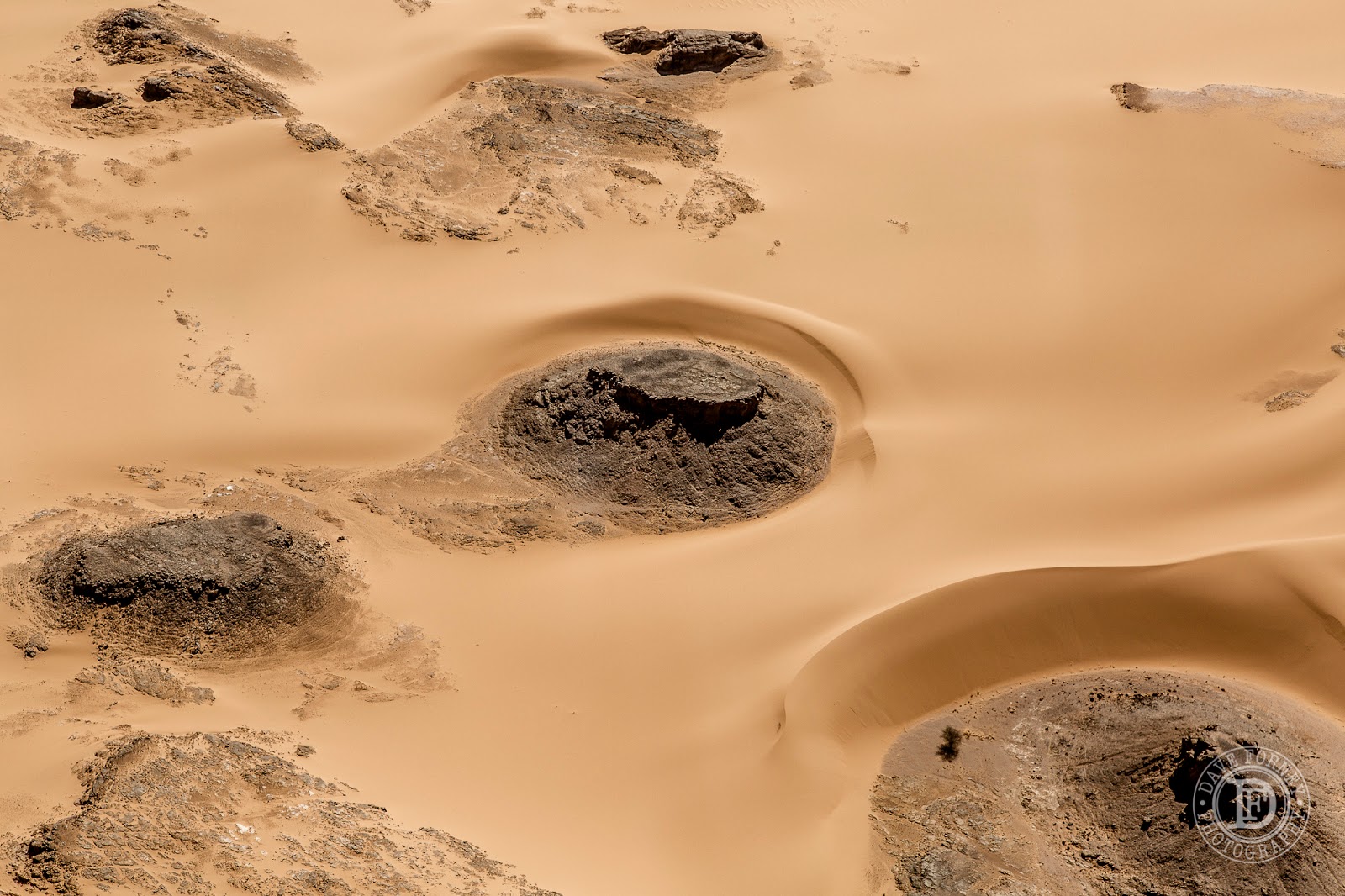 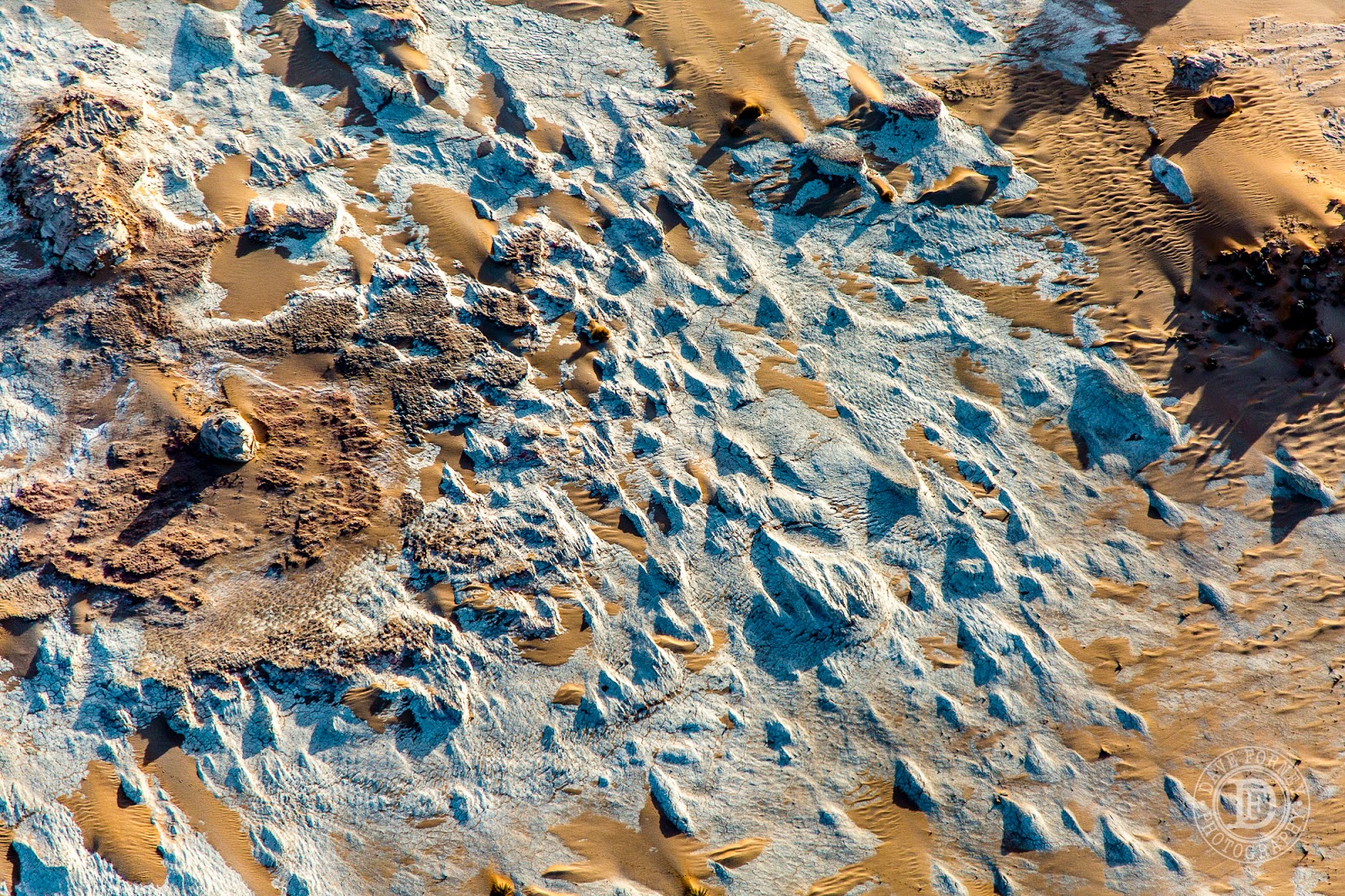 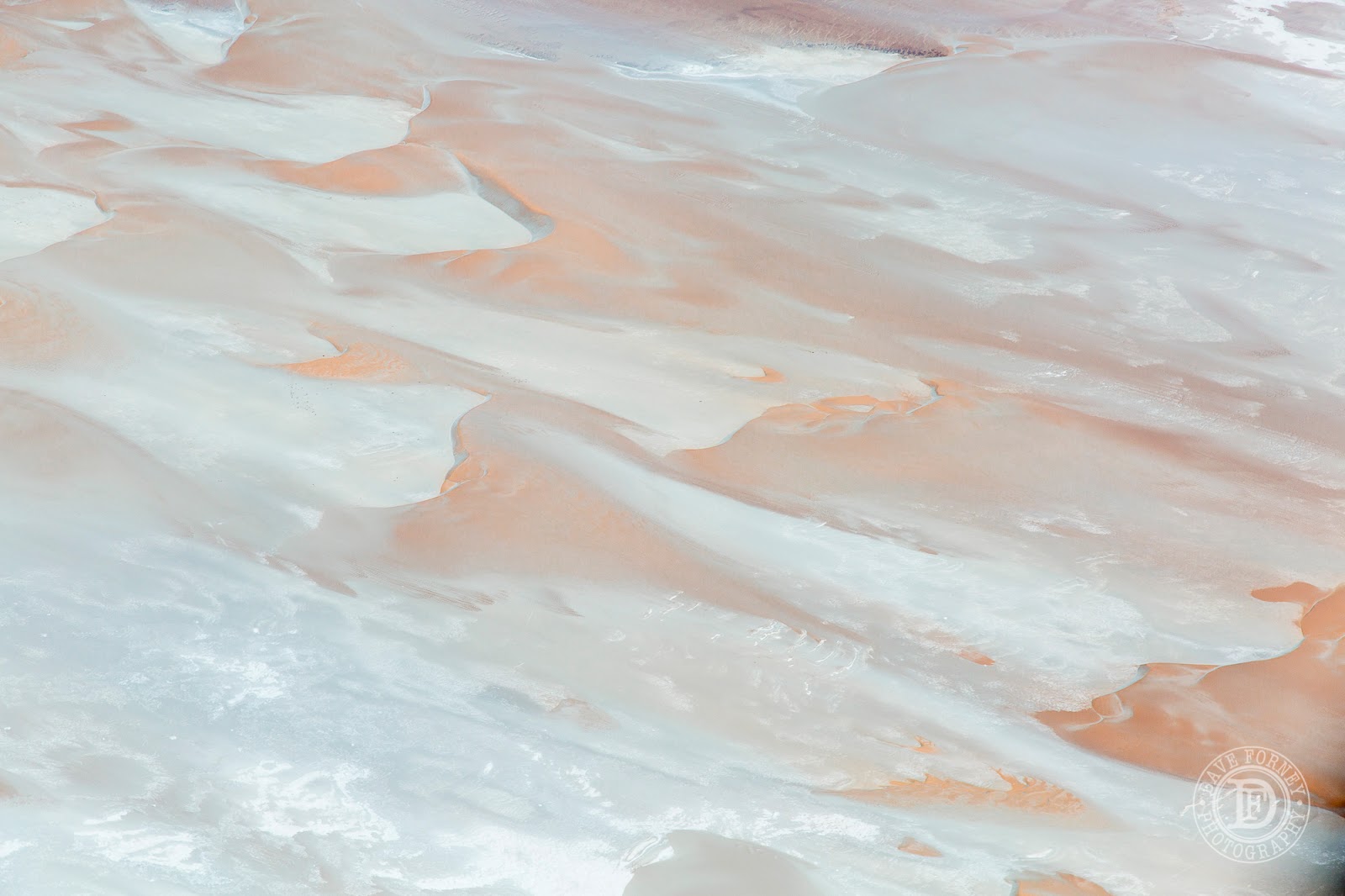 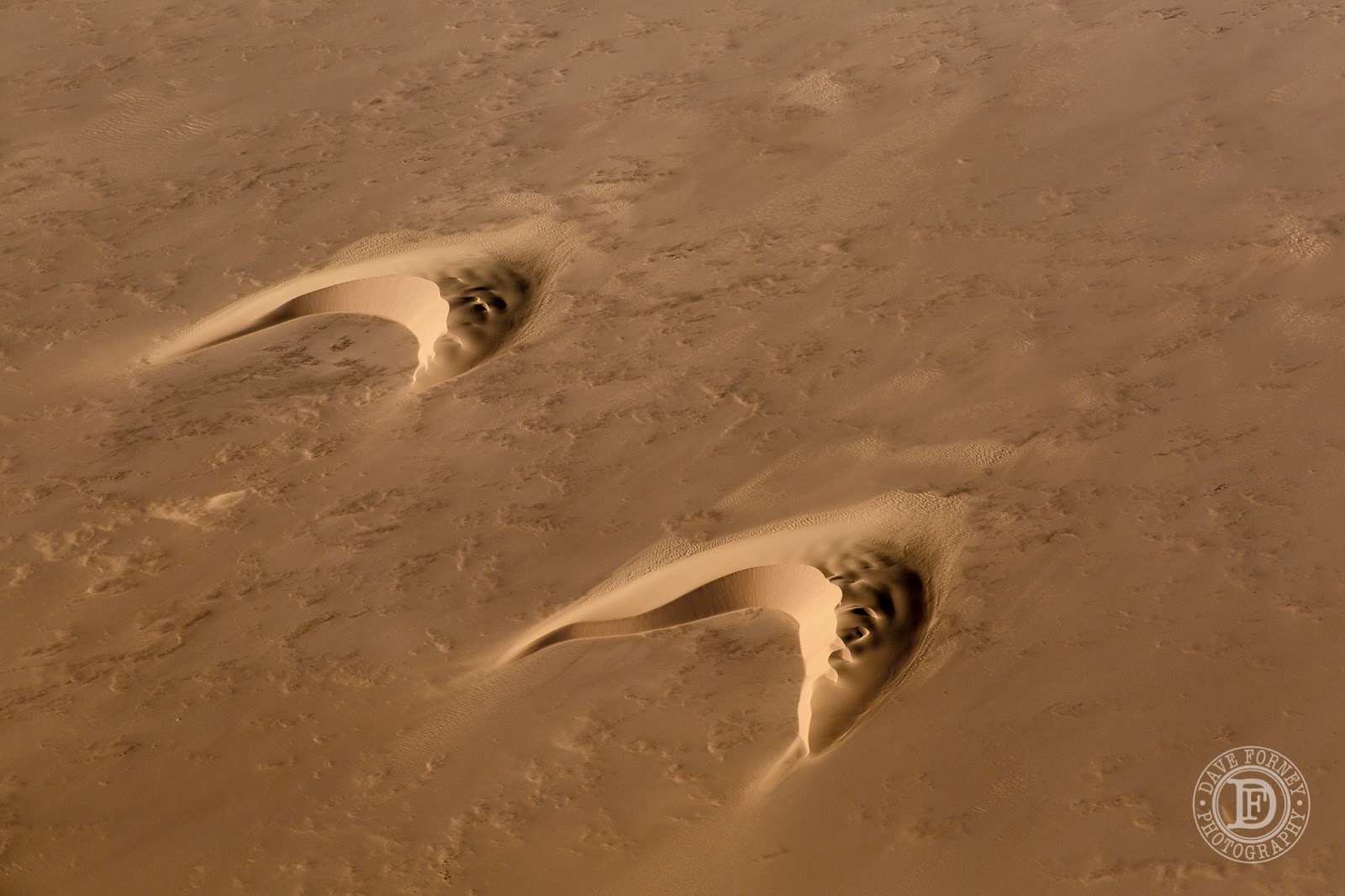 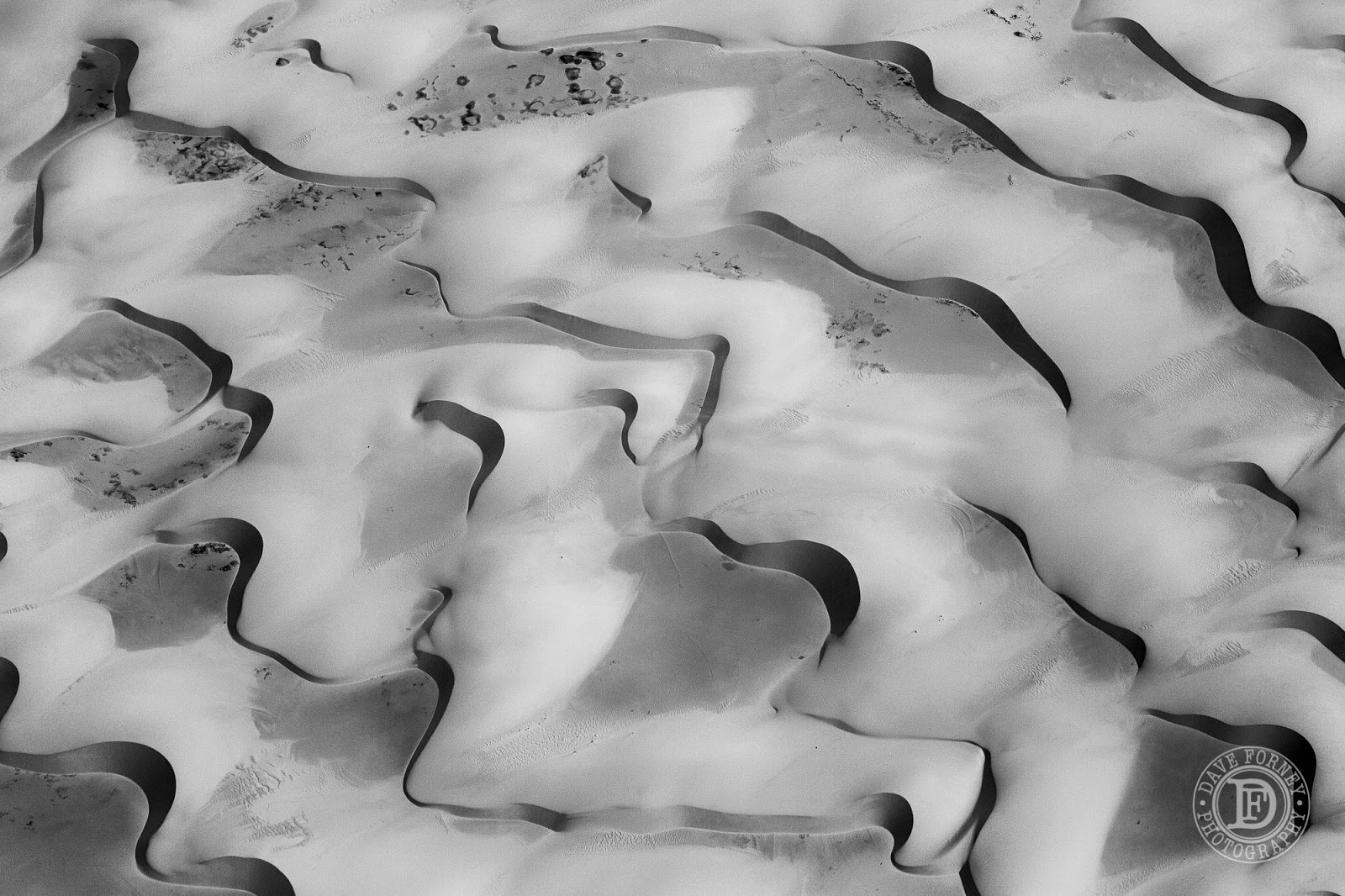 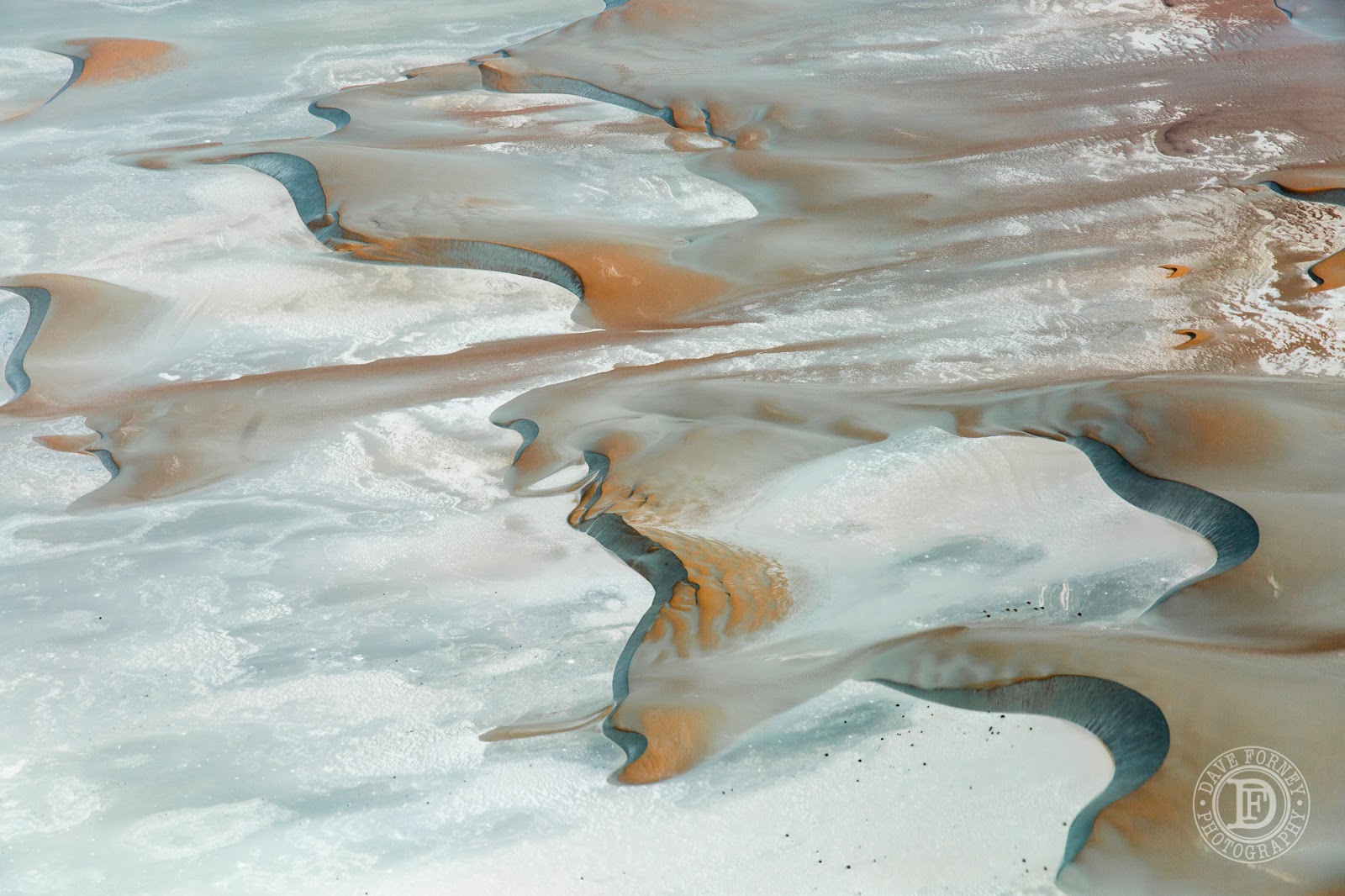 Most of these photos were taken in the middle of nowhere, far from any visible signs of human presence. However, this final photo was taken just a few kilometers from one of the remote, oasis villages where I spent several nights in North central Chad. I had no idea when I took this photo that there were people on the dunes. So imagine my surprise when I first examined this shot on my computer and discovered a handful of people who seem to be 'sledding' down the dunes! Can you see them? They're up near the top middle of the shot, on the left side of the dune, adjacent to where the sun is shining. They appear as little dots, but when zoomed in at full resolution on my high definition screen (this image has been reduced in size for the blog) you can clearly make out the people, and see that some of them are sitting down, and appear to be sliding down the face of the dune. This is definitely a much smaller dune than most of the ones depicted above. But it still gives you a bit of perspective as to their immense size! 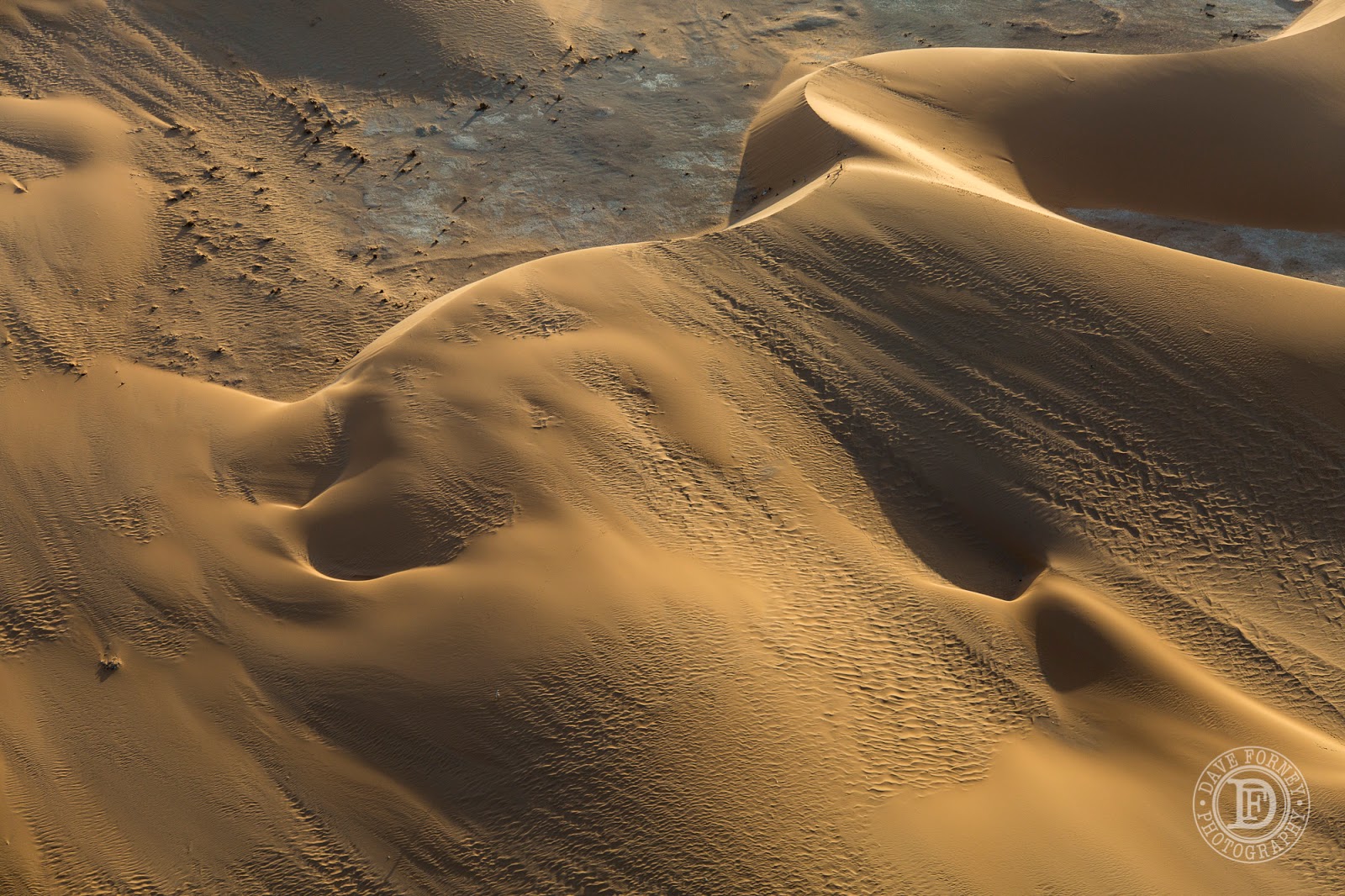 In the next post I'll show you some of the other types of landscapes in Chad--the highest peak in the Sahara Desert, some dramatic rock formations, and some of the most other-worldly trenches and canyons that I've ever seen anywhere on planet earth. Not that I've been to any places off of planet earth (despite what my sister-in-law might think)--but the places I'll show you seem to have more in common with the surface of the moon, or an asteroid, than they do with our friendly planet.
Posted by Dave at 3:44 PM

Email ThisBlogThis!Share to TwitterShare to FacebookShare to Pinterest
Labels: Chad, View From My Office Window

Incredible photos! Thanks for sharing!