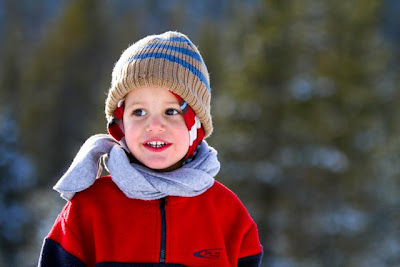 I just got off the phone with Joy. On Friday night around 10:00pm (Oregon time) she took Tanner to the Emergency Room. She had to wake the other four kids up and take them with her, because I'm obviously on the other side of the world right now. He had been sick since I left, and his condition was really deteriorating quickly. Long story short, by the time she pulled in, he was barely breathing...or rather, trying very hard but barely getting any oxygen. She said when the staff saw him, they bypassed all the desks, people and paperwork and rushed him straight into a room where doctors and nurses swarmed him and started him on oxygen, IV's, steroids etc. She said that it was suddenly very obvious that he was fighting for his life.
Keep in mind, Joy still had the other four kids with her. At around 1:00am (Saturday), they took him by ambulance to Emmanuel, which has a unit that specializes in kids. It's now 3:30pm in Oregon, and they're still there. (By the way, this is Joy's Birthday...fun birthday, hugh?) However, Tanner has definitely started improving, Joy said. I guess he has a good case of pneumonia.
She called and woke her parents up at 1:00am when she had to go with Tanner in the Ambulance, because obviously the rest of the kids couldn't come along in the ambulance. So the other four kids are staying with their grandparents right now, and Joy's sister, Heather, has been kind enough to bring some treats to Joy and check in on her. But Joy said that Tanner is pretty terrified of all of the equipment that he's hooked up to right now, and understandably won't let her leave his side.
It's very tough for me to hear news like this, and be totally and completely unable to do anything to help either my precious little boy, or my bride. So I'm doing the one thing I can do. I'm asking you to pray. I'd appreciate it if you'd take a minute to pray for Tanner specifically, that God would heal his little body and allow him to breath normally again, and that the doctors would have wisdom in treating him. And pray also for Joy, she's obviously very tired, both emotionally and physically, and dealing with a lot right now!
Thanks! I can't tell you how much it means to me to know that hundreds of you will be praying around the world!
Posted by Dave at 3:10 AM

Sorry to hear about this. I will be praying.

Our little guy has had breathing issues too- and it is scary! Will definitely be praying! And also lifting you up as you trust your Father (and theirs) who can be with them while you're not!

Praying for all of you. It can't be easy being so far away.

I just prayed and will continue to pray!

I know that your son is doing better but our family definitely knows what you guys went through with this situation. My husband was deployed and our baby had RSV and was barely breathing. I was lucky enough to have friends who could help me out. Praise God that your son is well!

-Sarah Lownsbery
I found your blog through Joy's when you did your beard and mustache pictures. They were really funny!