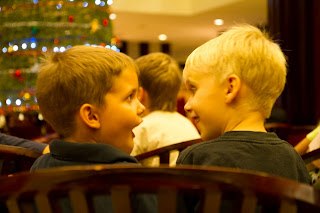 There are several hotels in Tarakan.  The nicest one is the Swiss-Belhotel.  Occasionally, Joy and I have gone there for a nice meal on a date--though it's a little too expensive for us to go very often.

Last week, the MAF families living in Tarakan were surprised to receive an out-of-the-blue invitation to a "Christmas Tree Lighting" there at the hotel on Thursday night.  As I've mentioned before, there's very few signs of Christmas here in Tarakan, whether pointing to the real Christ in Christmas, or the more common commercialization of Christmas.  It could almost just past you right by here and you wouldn't even know it.  Several of us were intrigued enough to head down there at 6:30 pm and see what was going on in the lobby.  Above left, Hudson, and his friend, Luke, react to the lighting of the tree.

We pretty much had the place to ourselves.  Besides a couple of us MAF families, there were only two or three other people there.  They served complimentary fancy, light snacks and juice drinks that were delicious. 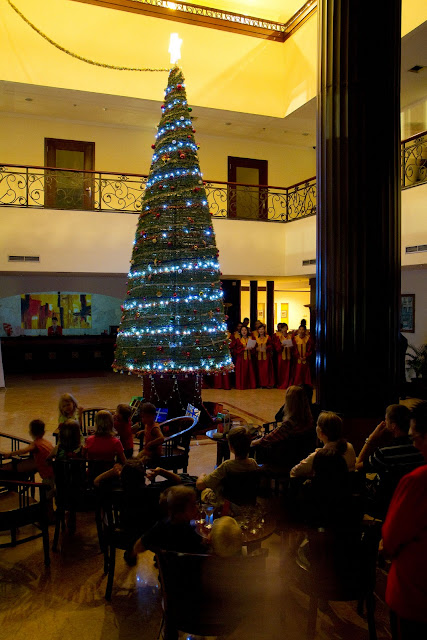 The hotel staff dressed up in choir gowns and sang a few Christmas carols--in English!  I have to say, they did a really nice job!  It was so strange to hear Christmas carols being sung here in a public place in Tarakan.  Just not something we run into much in our city this time of year. 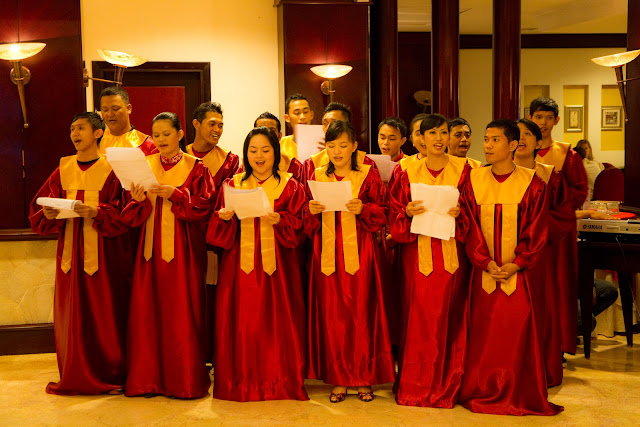 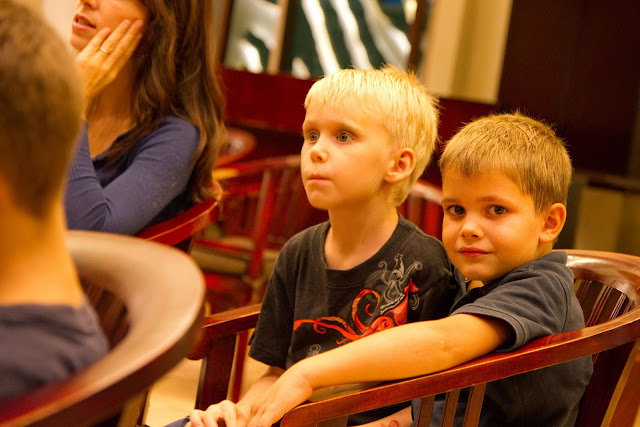 After it was over, the staff just HAD to have their pictures taken with our kids! 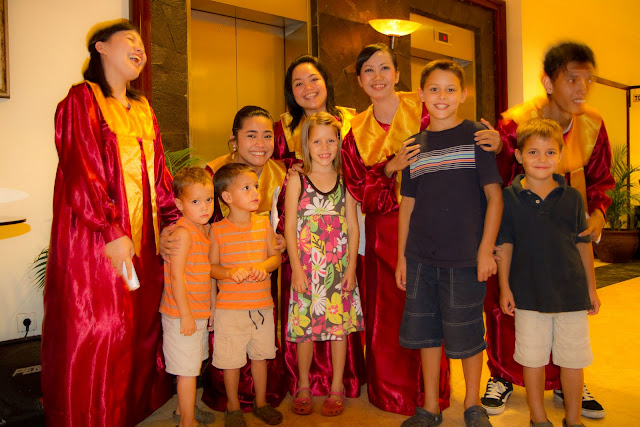 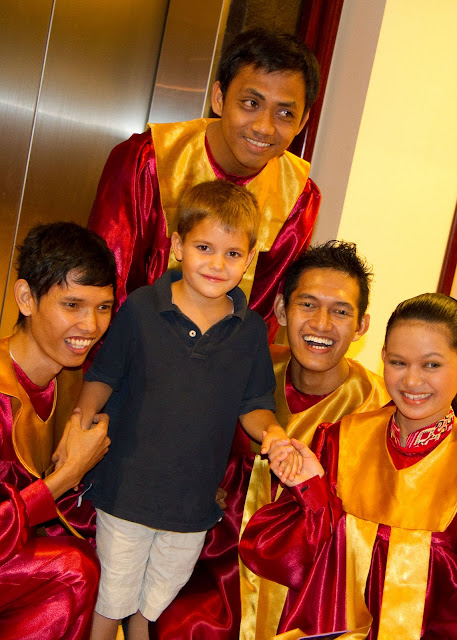 A few nights later, on Friday evening, we joined a few of our friends for dinner at a little Chinese restaurant in town. 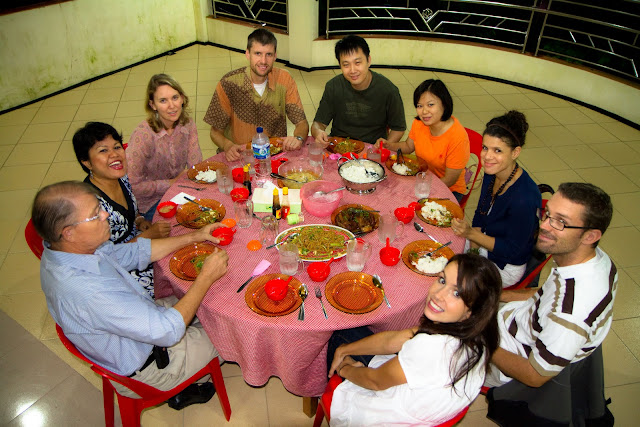 Isn't it amazing how Christ cares about even the little things we enjoy--like a Christmas tree lighting? I'm so glad He's our King!

How special! Those kids are SO cute, btw!

How nice. It's sobering to see that Christmas is not solely an American custom--but a worldwide, universal one.
In fact, it's other places in the world who celebrate it as it should--without the Santa Clauses, Reindeer, elves and Christmas trees. Simple, family-oriented, musically, joyfully--much like the very first Christmas.
This experience must have given you a taste of that.