About three weeks ago Britton and I went interior for three nights (four days) to fly people to a church conference (Flying for a church Conference Part 1 and Part 2).  While I was flying all day, Britton was hanging out with village friends.  One morning while I was waiting for the fog to lift off the end of the airstrip so I could takeoff, Britton and I and some of his friends took a walk down the airstrip to see if we could finds some interesting macro life to photograph.  Here's some of what we found.
A curious praying mantis. 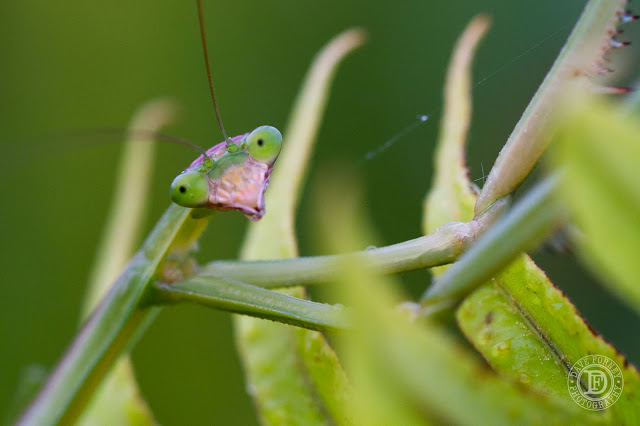 A strange-looking grasshopper thingy.  It was no more than a half inch long. 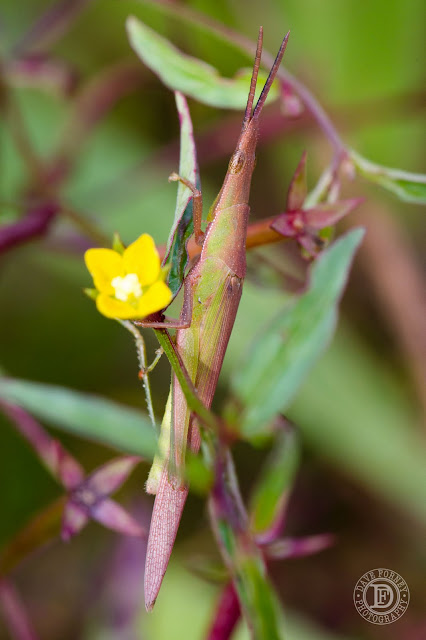 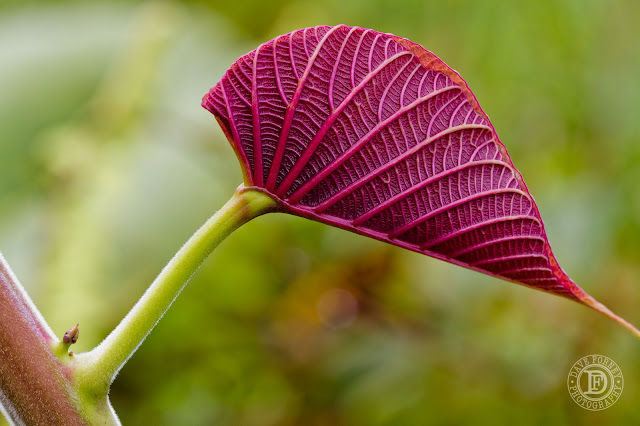 This tiny flower was only about the size of a pencil eraser. 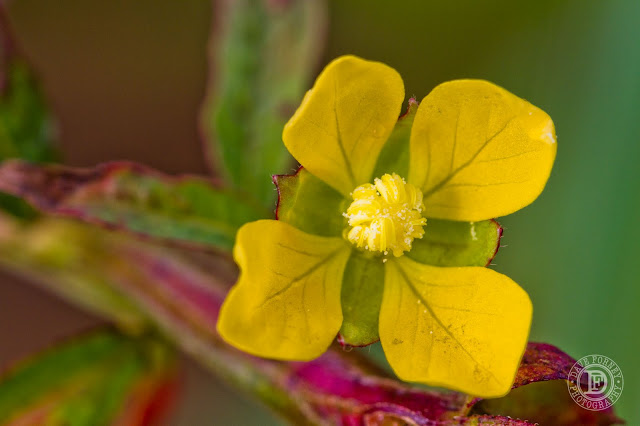 There were hundreds of grasshoppers, and they all seemed to be different!  This was also a little tiny guy, but much "plumper" than the stick-like one above. 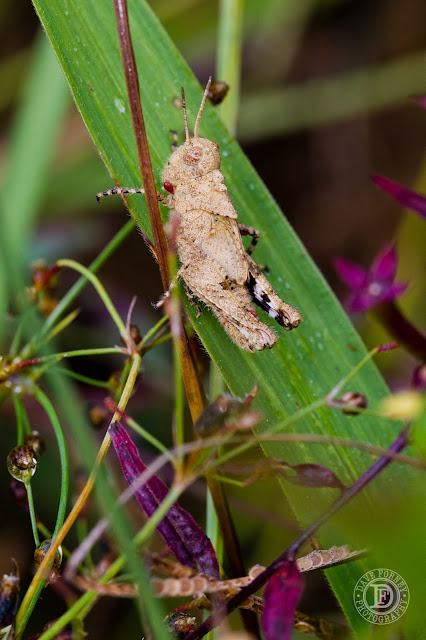 No idea what this is. 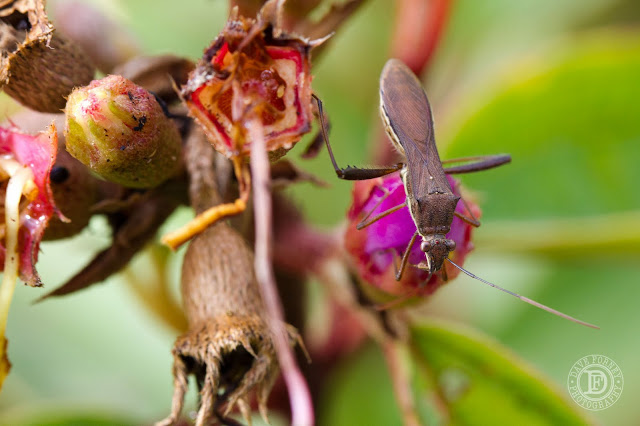 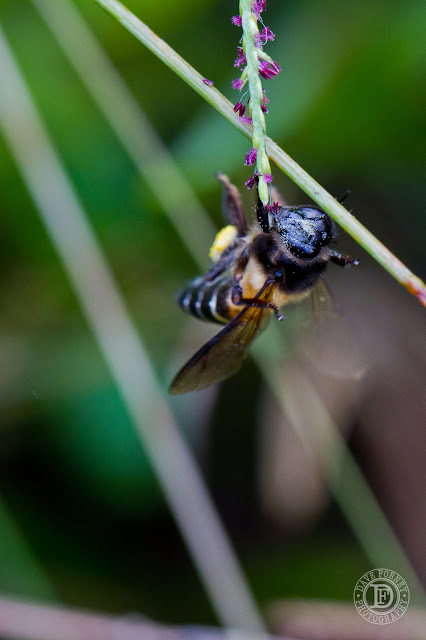 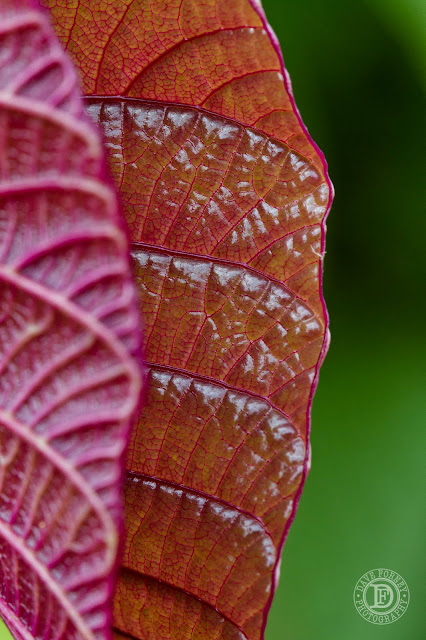 Yep, yet another grasshopper! 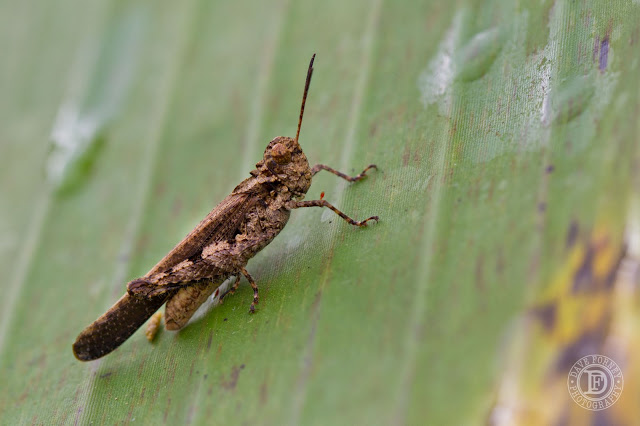 I was actually focusing on the flower itself when it dawned on me how many bugs were inside collecting pollen or nectar or whatever they're doing.  Every single one of this particular type of pink flower had three or four or five bugs inside working feverishly to collect whatever it is they're collecting.  Must be good stuff! 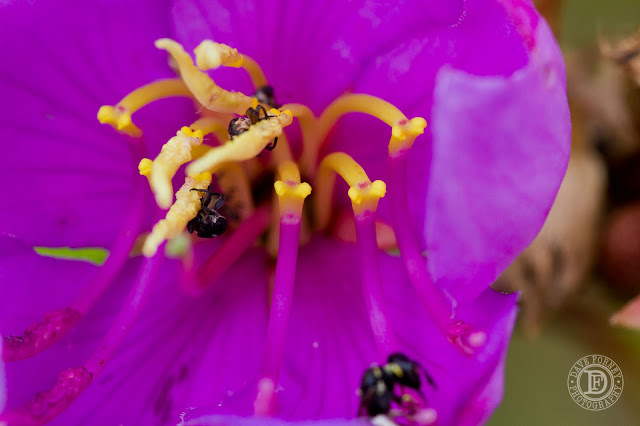 All of the above shots were taken with my macro lens in the span of about 15 minutes.  Isn't it awesome how much life and beauty are right there around us each and every day--most of which goes unnoticed unless we take the time to slow down and look for it?!

This last shot was taken the following day in Long Nawang.  It's taken with an ultra-wide angle lens (this one set at 10mm on a Canon 7D).  As you can see it produces a totally different look--way up close to the flower, but still able to see the surroundings, the sky etc. 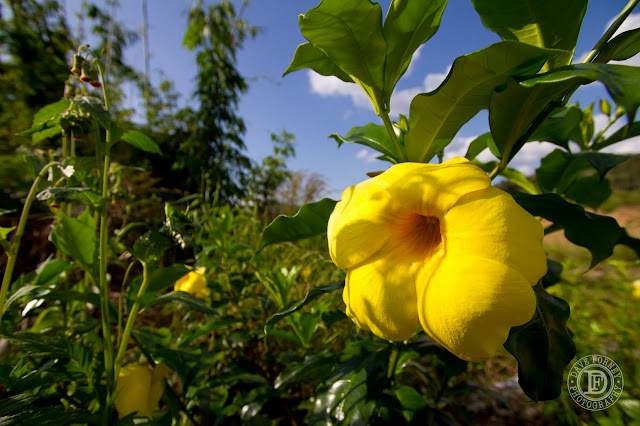 I have been reading your blog for a while via your wife's blog. I'm so glad she's coming back to blogging. I love all the pictures and stories on this blog, and I read them to my children. My daughter is interested in doing missionary work some day.
Julie

What amazing photos! And yes, there is a world of awesome beauty which I so often never notice because it takes a bit of time to observe it.