Two weeks ago I had the privilege of visiting our Palangkarya base in central Kalimantan.  We currently have two amazing families serving there, with another one on the way after completing language school later this year.  They currently operate two Cessna 185's on floats, serving many people who live throughout the vast area of central and southern Kalimantan. 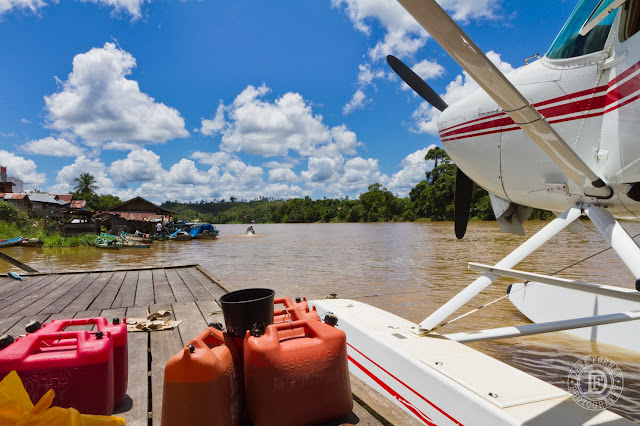 On Monday I had the chance to ride along with Sean on a "typical" flight day.  Some aspects of what they do are similar to what we do with the "normal" wheel planes in Northeast Kalimantan.  But much of it was totally different.  Below: the Indonesian staff are preparing to load and fuel the plane early in the morning.  You may notice that even though it's under the hangar roof, it's actually still floating on the river in a cutout area that allows it to park comfortably out of the weather. 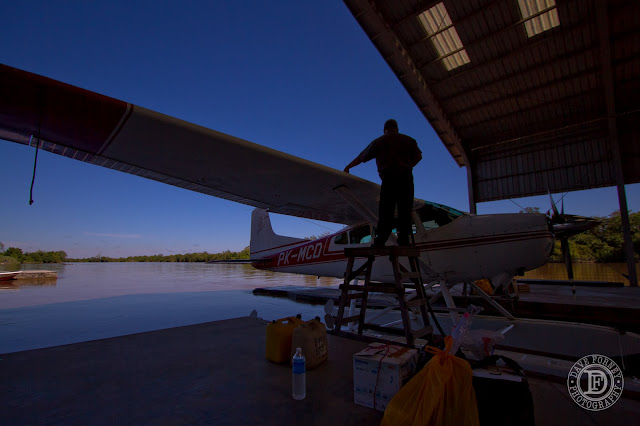 Here's a few shots from throughout the day. 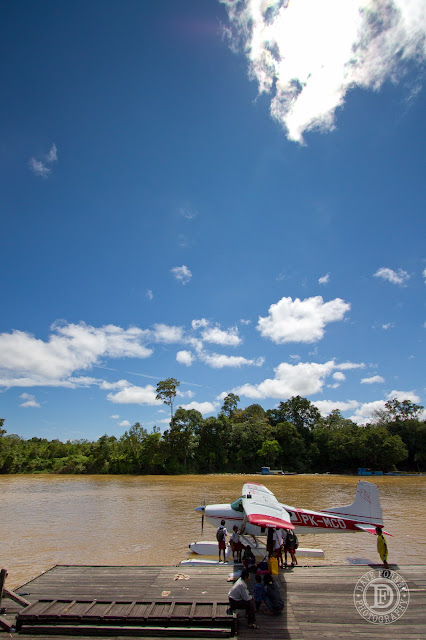 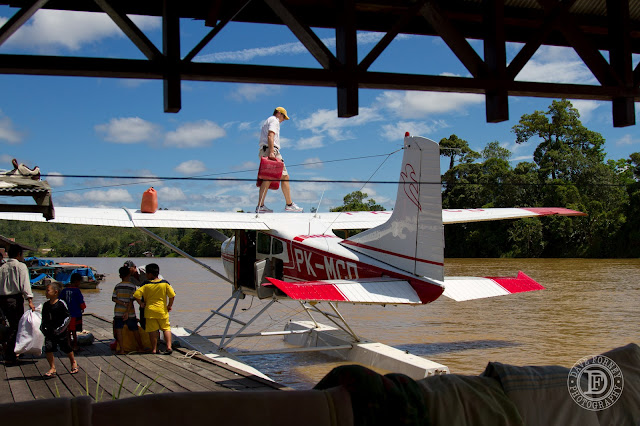 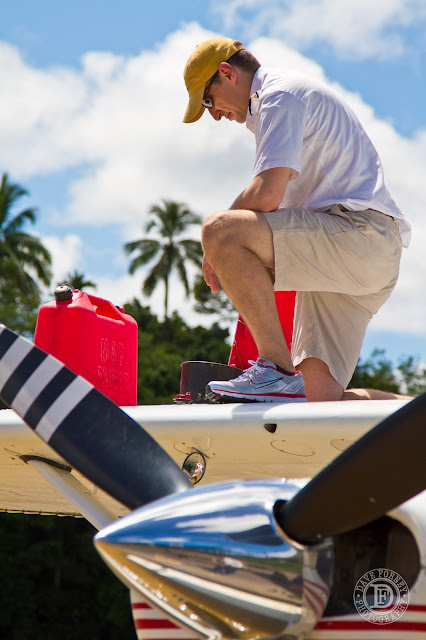 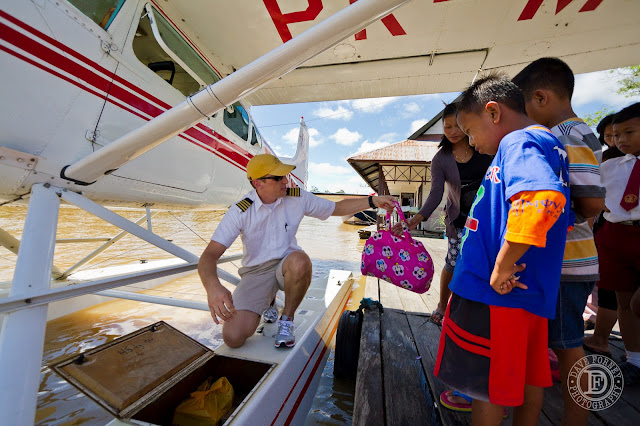 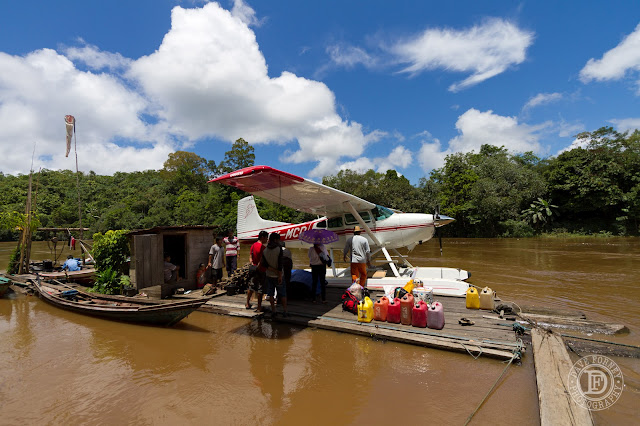 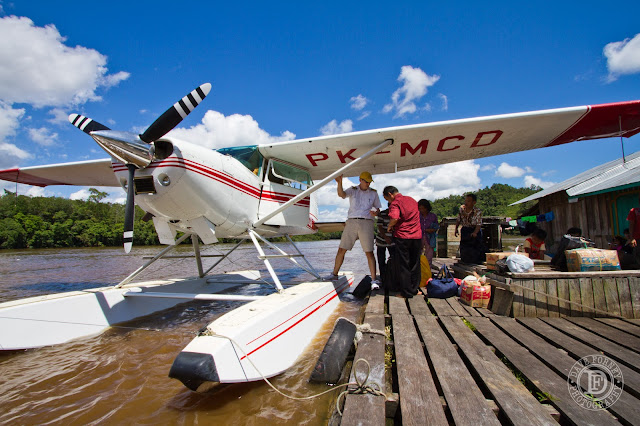 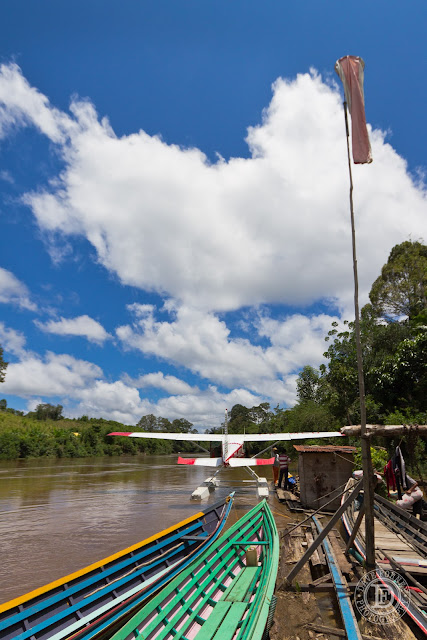 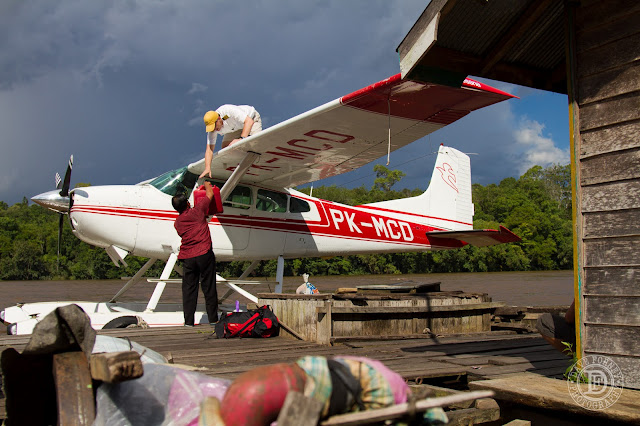 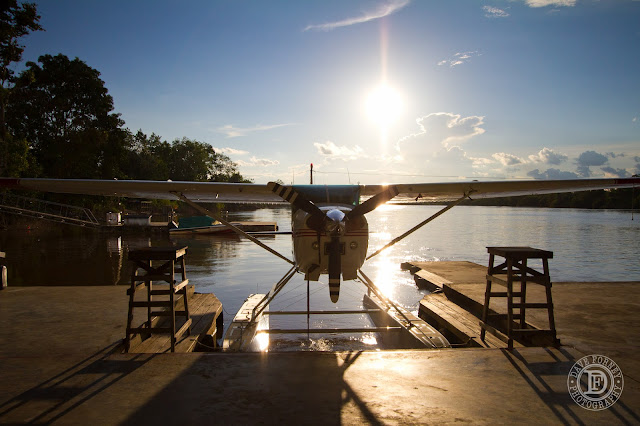 I was really impressed by the professionalism of their operations.  But it was doubly awesome to see the genuine relationships they've developed with their Indonesian coworkers and the people whom they serve.  Oh, and lets just be honest--the float plane flying--well that's just a ton of fun!
Posted by Dave at 9:21 AM

Nice pics Dave...Now I can share some as well. However...after all the things I get called here...I've never been called Jason :)

Sean,
OOPS!!! Sorry. That's what I get for trying to post when I'm dead tired. I fixed it. I guess the real question is, who should be more offended, you or Jason?

Dave, I so enjoy hearing about your adventures and how the Lord uses you over in Indonesia. But I also love seeing your excellent pictures! My two fav from this post are the early morning and the late evening front view of the plane. Beautiful!

Memories of our time in Porto Velho, Brazil kept surfacing. They had a "206" on floats, but no hanger of any kind. I offered assistance with maintenance at times like hand tolls to the real guy. but we often were looking in muddy water for tools or parts that were dropped or kicked off the float.