On Wednesday we participated in the MAF world-wide day of prayer at the hangar. 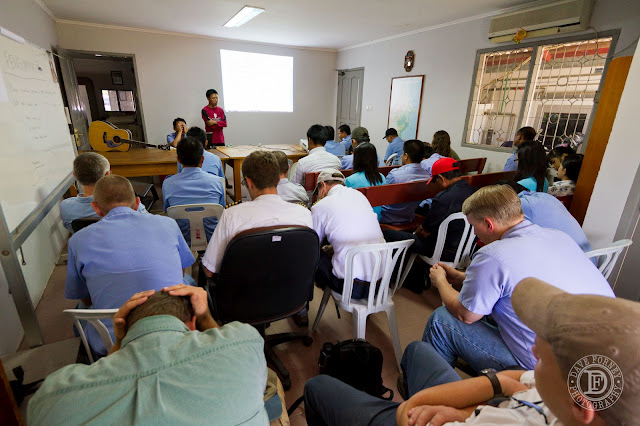 After having a few hours focused on prayer and worship, we spent the last part of the afternoon hanging out as a team--playing volleyball and ping pong. 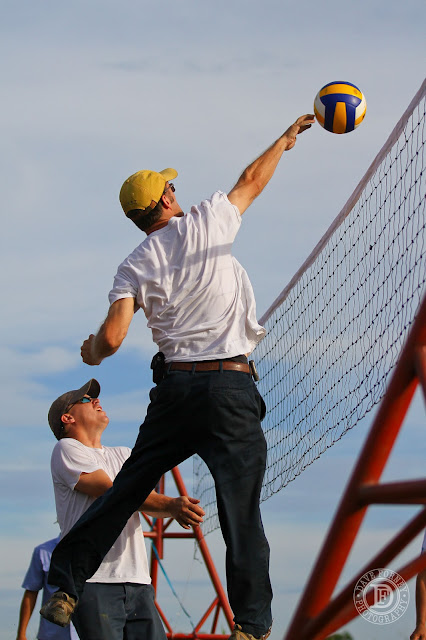 Because we're usually hard at work fixing or flying airplanes or running the office, we often don't have much time to just hang out together.  So these are really fun opportunities to grow closer as a team. 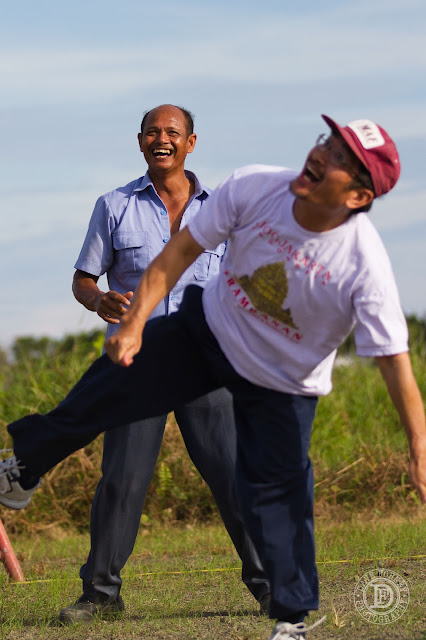 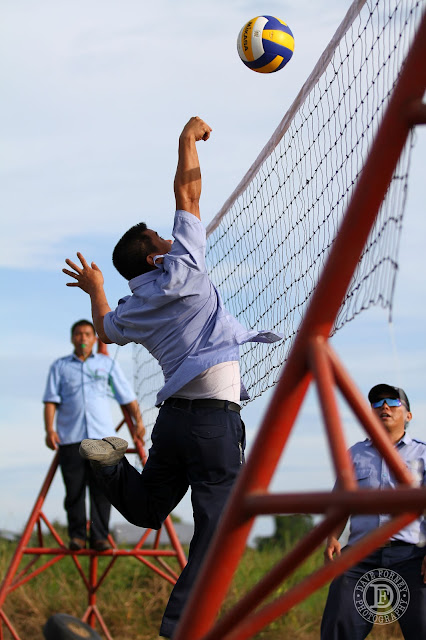 Then, later that night the kids had their Easter program at the hangar as well.  Hannah is in the light blue on the far left.  Hudson is the only boy wearing blue.  Britton is the second in from the right. 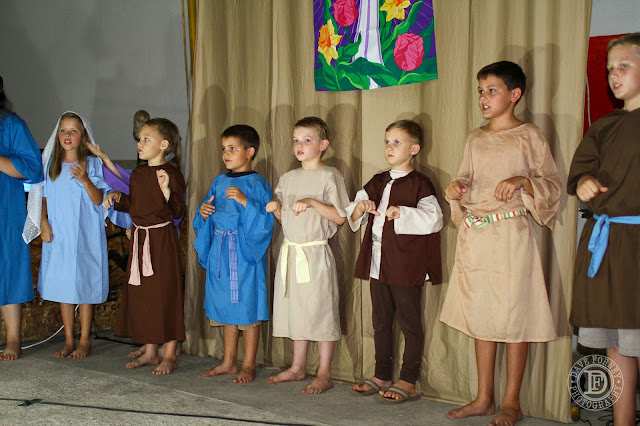 All the kids did great.  Of course, we were especially proud of our three!  In addition to his roles in the play, Britton also did a musical duet with his friend Isaac.  This is the first time he's played in "public".  We're very thankful for Mary, who's been giving him guitar lessons.  He did awesome! 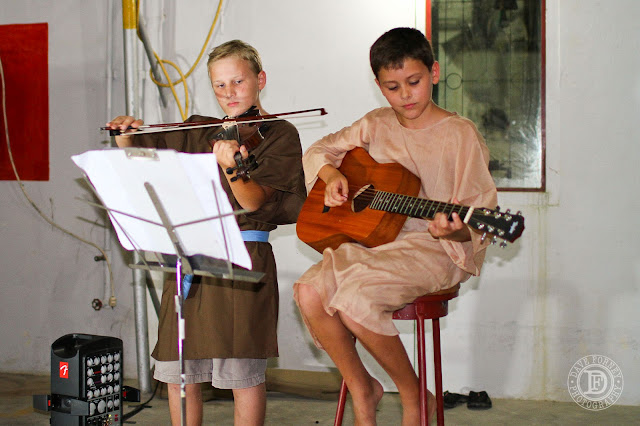 And Hannah has been taking Piano lessons from Mary as well.  She and Hattie played a duet on the piano.  And she also was amazing! 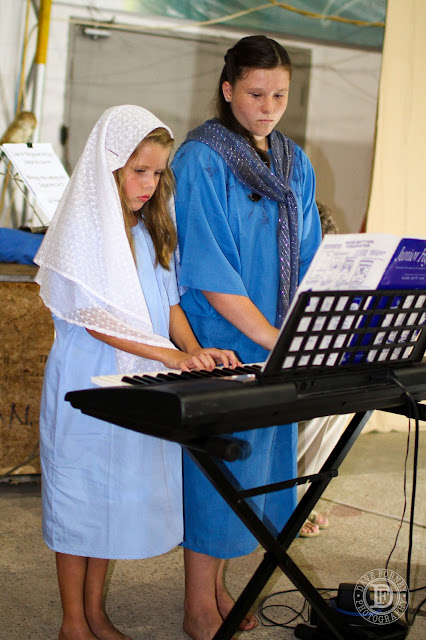 This weekend we, as Christians, celebrate Easter.  We remember Christ's death and celebrate His resurrection!
Posted by Dave at 11:33 AM

Hey Girl,
You never know when that volleyball or volleyball net might need mending, so it's always good to carry your flashlight and multi-tool on you when you play. Plus, the chics dig the Batman look...