One of the big events at a festival like this is the eating--everyone gathers around and eats together under a specially constructed eating "tent".  And there's usually a really unique, traditional meal one night--where they break out all of the "special" foods.  This time, they also lit the thing with traditional "lamps" (see below for more info on that). 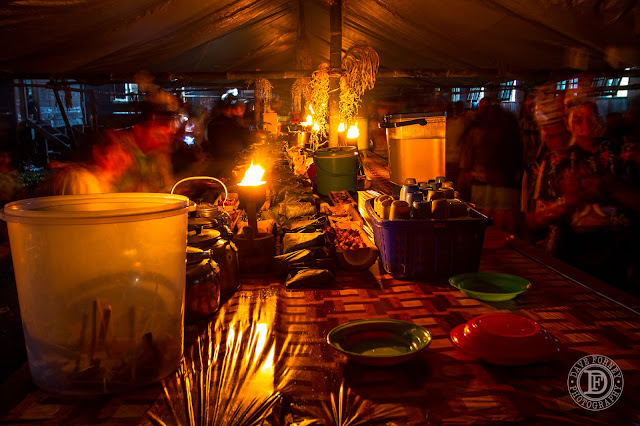 Pa'Upan is a beautiful little village located in the Krayan highlands near Malaysia.  The air is pure and clean--it's not as hot there as it is in Tarakan, and the skies are usually a beautiful deep blue, when it's not raining.  It's really beautiful! 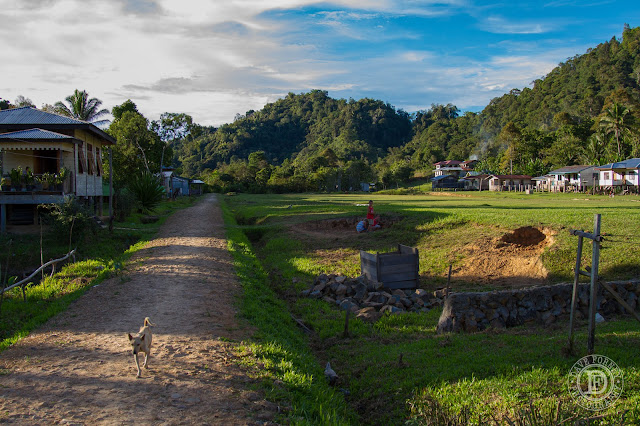 We love hanging out interior! 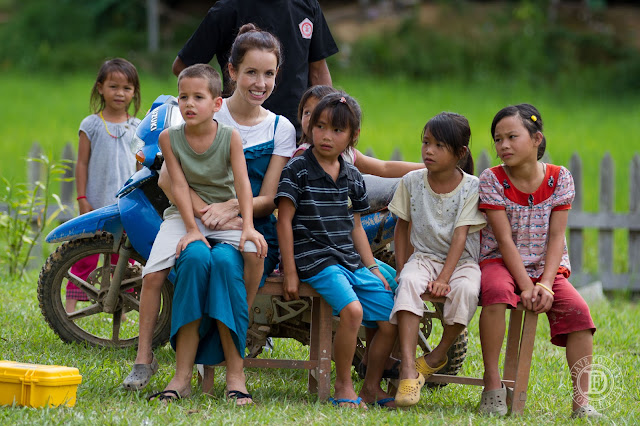 We're blessed to have many great friends in Pa'Upan and many other villages interior.  This time our group was hosted by Pak Ajang and his wife, and Pendeta (Pastor) Benjamin and his wife (pictured below, along with Joy and the Rietvelds.  We're always so humbled and blessed by their generosity and kindness!  They're really, really great folks! 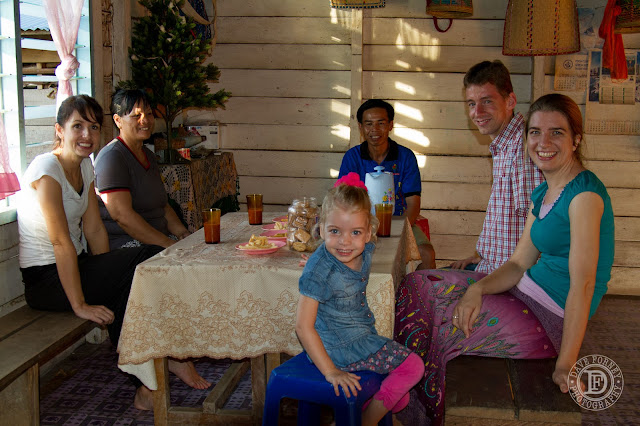 And there's never a shortage of friends for the kids!!  Can you spot Hudson?  He's such a great kid--so easy going and fun-loving!  These are all his newest friends, hanging out with him waiting for dinner to be served in the food tent. 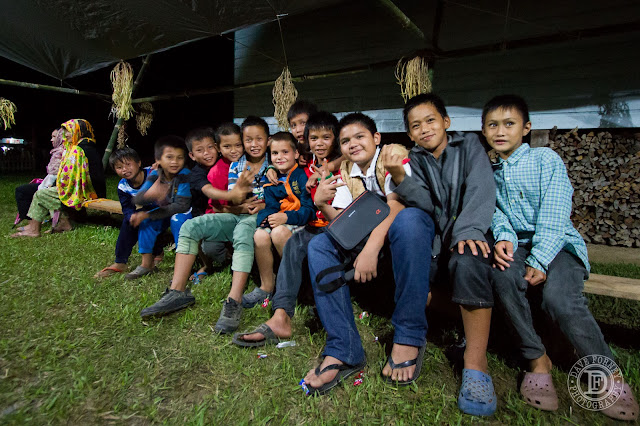 Speaking of dinner, remember those traditional lamps I talked about?  Well, these are those lamps, being lit.  They're made entirely from bamboo, and the fuel source is a lump of special tree sap that burns for quite a long time.  It looks like that lump of hardened sap in Jurassic Park, that holds the mosquito.  It comes from a certain tree in the jungle, that when injured (on purpose by machete-wielding men, or naturally) will "bleed" the sap down the bark, where it then solidifies and can be broken off in chunks.  I've seen it out and about when hiking on my various treks. 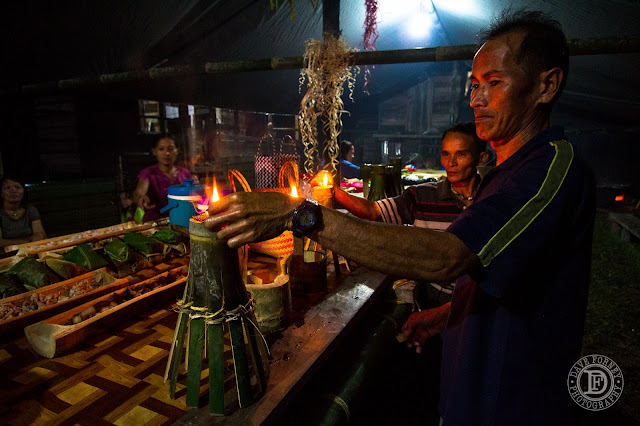 So, when they were ready for the traditional feast, they lit all the bamboo lamps and then killed the generator lights (first photo at the top), and then they talked about how much the elders mean to them, and they honored the elders by having the whole village go through and greet them, and then they let the elders get their food first (below).  It was all very respectful and sweet. 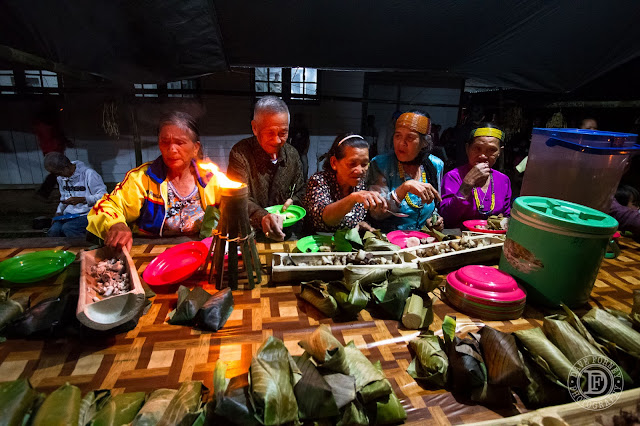 There was a wide variety of traditional foods--starting with a ton of pork (one of whose heads was roasted below, with fancy curly, decorations coming out the snout).  They love the pig fat, so there were bamboo trays upon bamboo trays of nothing but pig fat.  There were also plenty of grubs, and soups made from various organs, and vegetables of various kinds, and several kinds of rice, prepared in a variety of ways and fried things, and the list goes on and on.  As usual, we took some of everything and immensely enjoyed the experience. 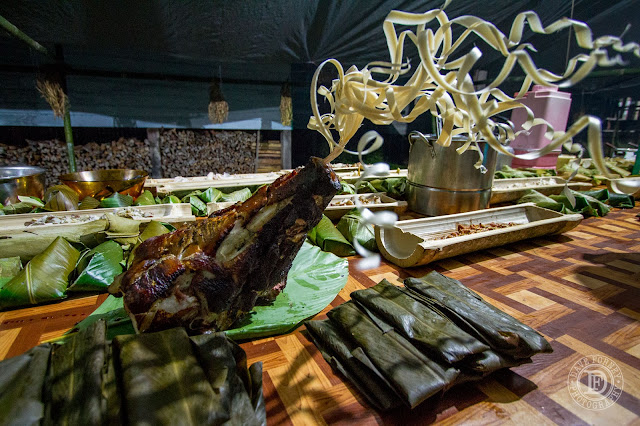 What a fun and festive time--crowded into that tent with hundreds of other people, all talking and having a great time!  In the evenings, after dinner, there were church services and more singing, that went late into the night.  Most nights, since I was flying the next day, I had to cut out early and go to bed. 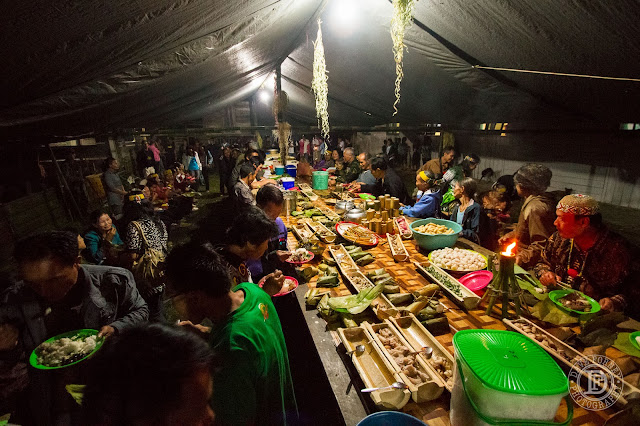 Here's a random shot...the last night, as we were eating dinner, I received word of a giant moth in the house next door.  So of course, the boys and I headed over to have a look.  It was HUGE!  This is Wilbert's hand, next to the moth.  He's a very tall guy, and has a very big hand.  The moth was probably about 8 inches long from wingtip to wingtip--only a tad bigger than the HUGE cicada we found later that night in the house we were staying in.  But that's a story for another day. 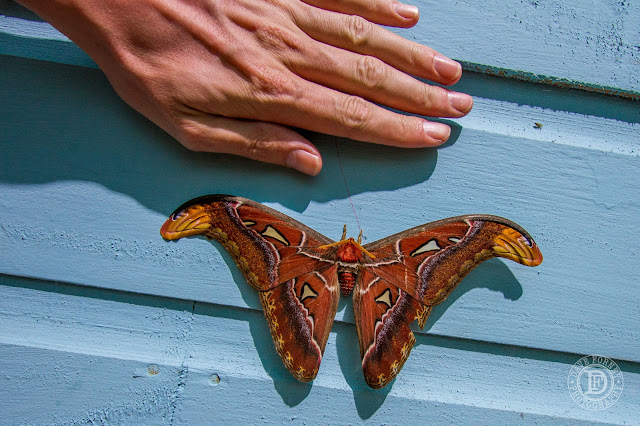 Life is always an adventure here!  We're so thankful to be serving Christ through MAF in Indonesia.  We're thankful for another great year here and we look forward to what God has in store for us and for His ministry in 2013!
Posted by Dave at 11:44 AM

Those photos in the food tent had to be a lighting challenge. They really do justice to the ambiance. Good job! Looks like Hudson has quite a following.

Kara for The Chuppies said...

Cavan says the moth is awesome!