I am blessed to have some really great views form my 'office window'. I especially love watching the changing weather from a bird's eye perspective. The most 'epic' weather is often the most interesting, but it can also be the most challenging for flying. Two weeks ago was one such day. It started out absolutely gorgeous! Here's a view (below) of the Nile, taken that morning, as it flows north out of Jinja, just after it leaves lake Victoria.

Up to this point there was nothing to indicate an impending, massive storm raging in from the East. The skies were beautiful, and there was a very thin, scattered to broken layer of clouds up high. It was really an unusually beautiful, calm, smooth morning, with no weather problems expected. Ha! Boy was I in for a surprise! 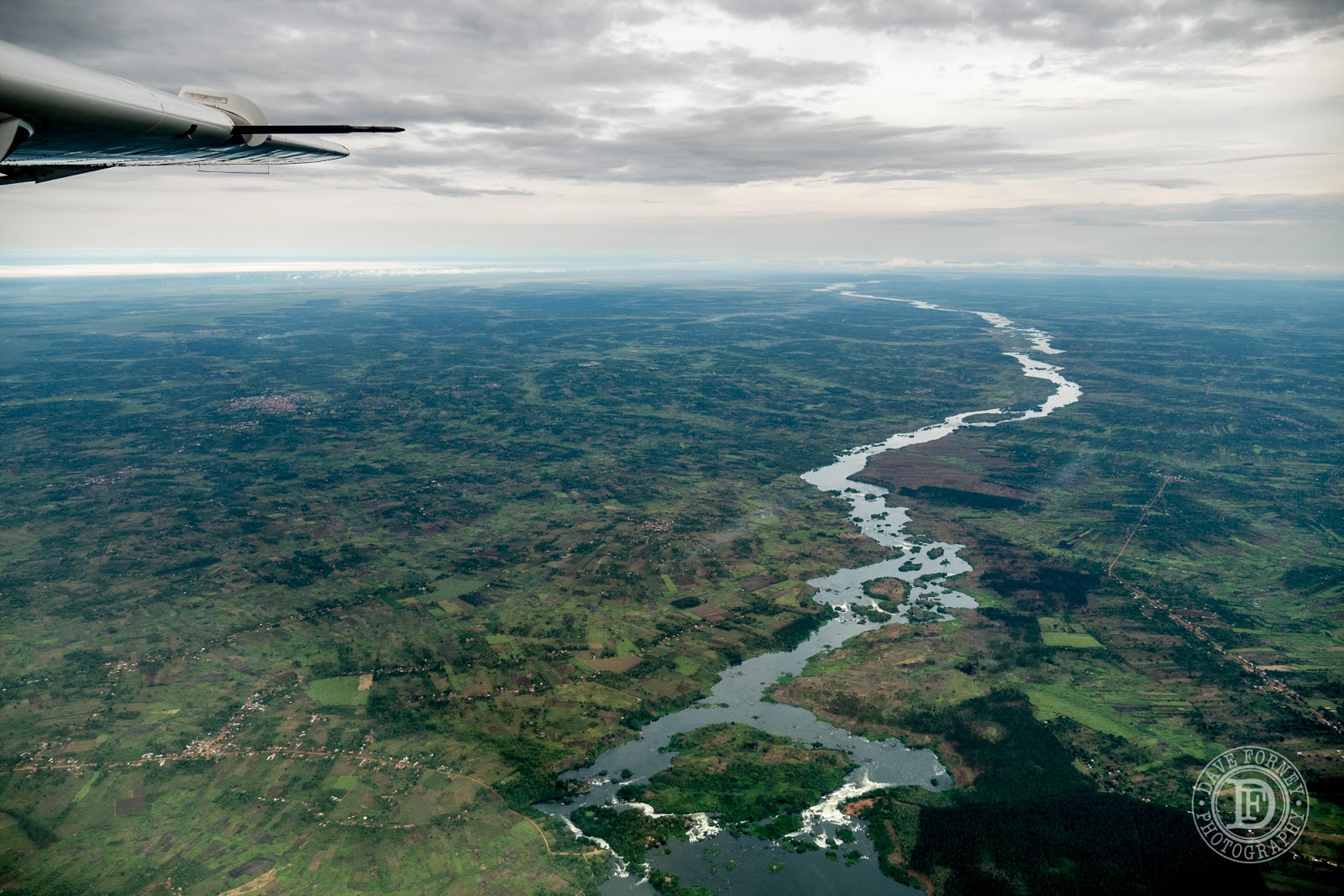 It's very rare to have visibility as clear as this. Here is Mount Elgon, over 14,000' high, just on the border between Uganda and Kenya. It doesn't look very high, or impressive, but that's because it's so HUGE at it's base. The enormous girth of the old volcanic mountain helps mask its height. There's a lot of great waterfalls and trails on Mt Elgon. One day I want to spend some time climbing it. 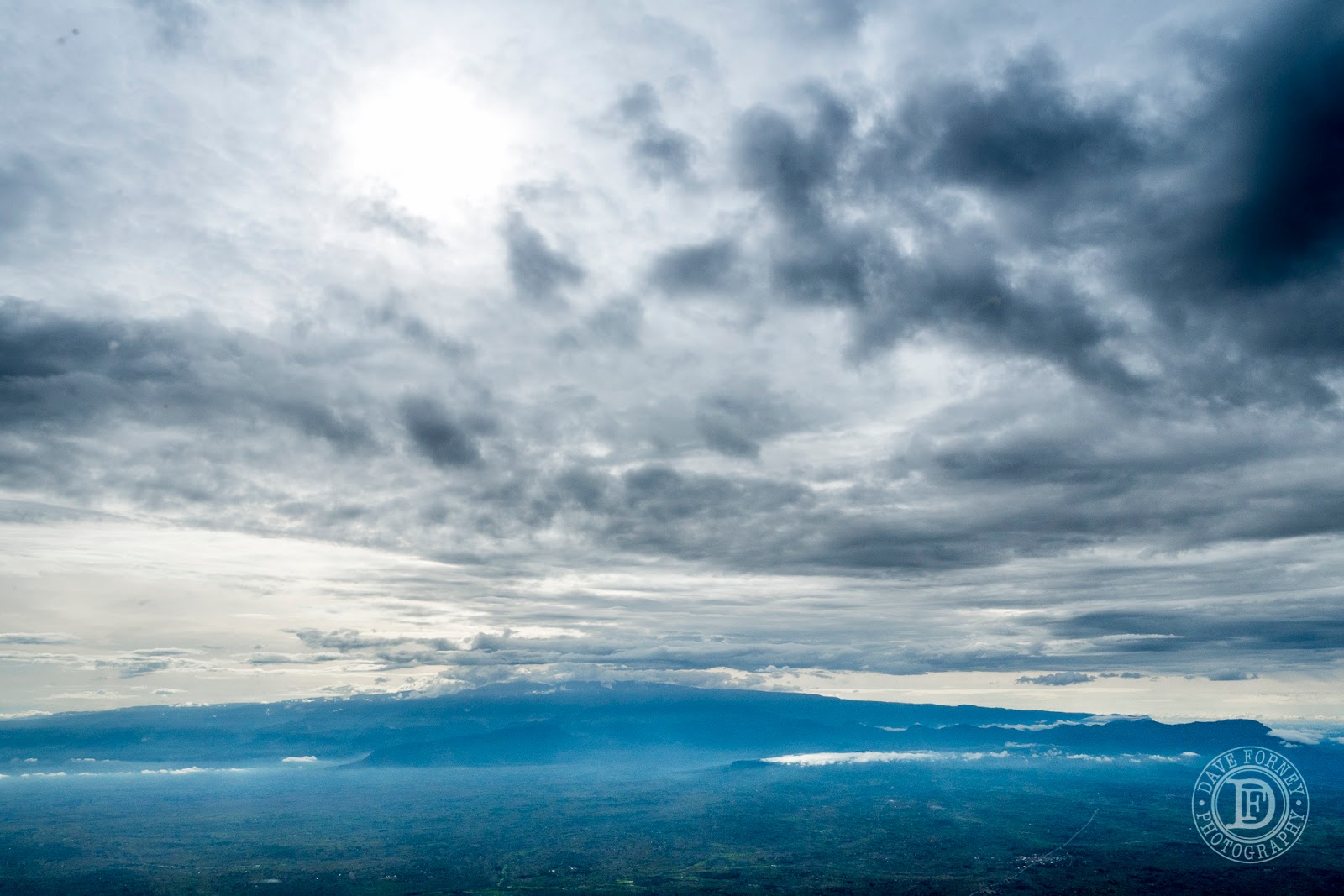 As I approached Mount Kadam, just west of Amudat, I was beginning to see a very dark horizon towards the northeast, which is where I was heading next. You can see it in this photo, just beyond the mountain, and below/beyond the thin clouds above and in the foreground. It sort of came out of nowhere, and had a very Morodo-ish look. 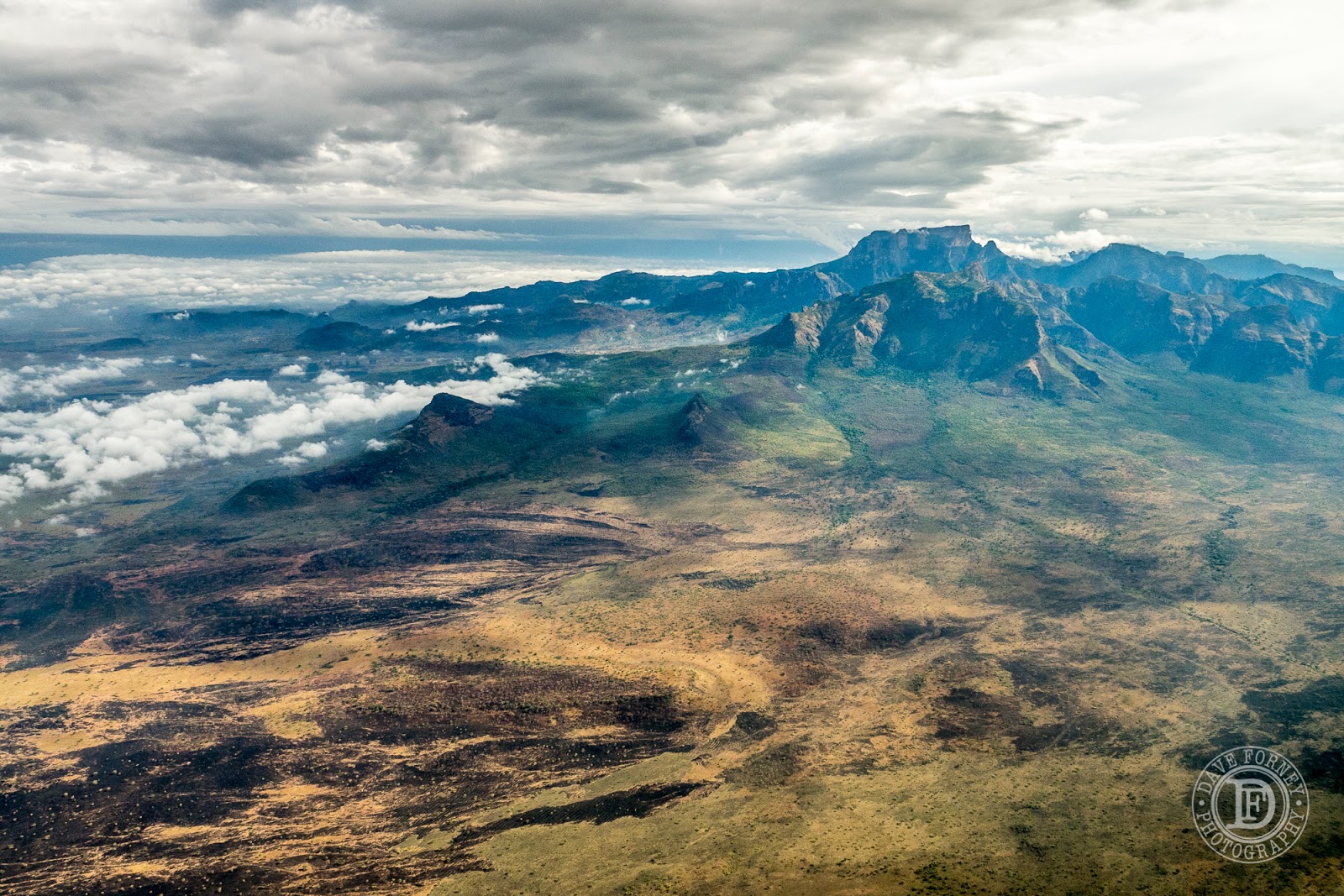 Here's a closer view of Mount Kadam, just over 10,000' high, and very rugged--another one that I'd like to climb someday. Although the sun was poking through here, and the ride was very smooth, those clouds about 15 miles north were looking really ominous. 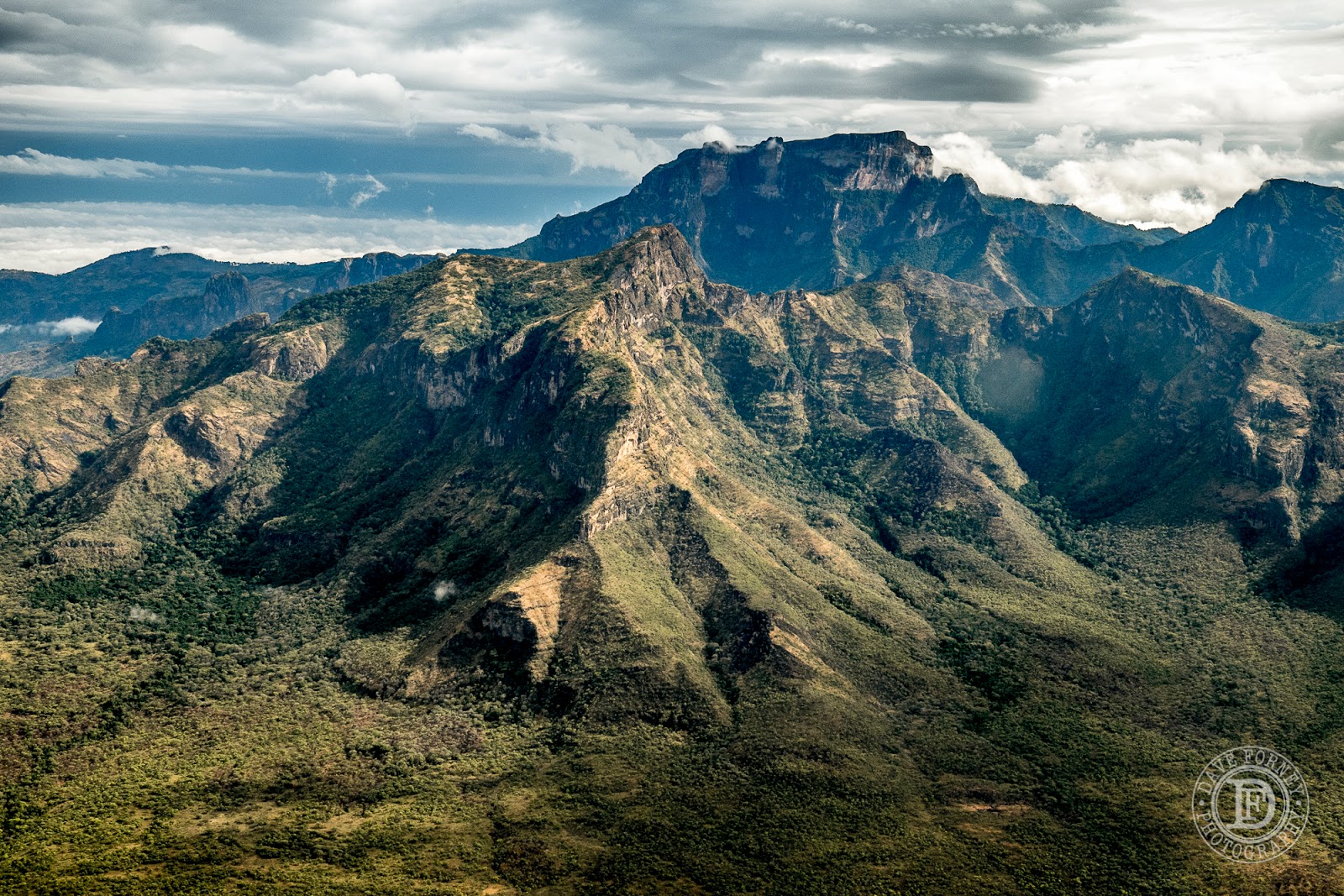 Well, after landing at Amudat, I called a guy we know in Moroto (my intended next stop) to see how the weather was there. It didn't look too good from my perspective, and I was thinking I'd probably just sit it out in Amudat. But he assured me that it was "Quite good...you should come". From a pilot's perspective, that is not a very helpful weather report. We want to know all kinds of specifics--about the visibility, how high are the clouds, how far can you see, which direction is it coming from and moving to, and how does it look in those directions? Is there thunder and lighting? How are the winds? etc. etc. I tried and tried to get some of that type of info from him, but didn't really get anything beyond the "it looks good, you should come..." statement.

So, with the warning to my passengers that we may likely return to Amudat, or divert somewhere else, we departed for the 17 min flight to Moroto. I've 'worked' a lot of bad weather in Indonesia,  during my years of flying there, but this was definitely the ugliest I've seen in my two years in East Africa. As it turns out, this was the front end of a massive, ugly, powerful, fast-moving, but vast storm. I got to within 4 miles, but was never able to make it into Moroto. A pilot always has to keep a back door open, and I had several, but the return to Amudat was no long one of them, after the storm spilled over the mountains and enveloped that area as well. I could have gone straight to my third choice, but figured it was worth a shot at the second option first. With some effort I was able to work my way up in VMC (pilot speak for flying visually--not in the clouds) to a safe altitude, that allowed me to then safely enter into the clouds/weather (which is called IMC). Without radar in our planes, that would have been impossible, or at least stupid. But I was able to negotiate safely around the worst parts of the storm, to the next best option, which we eventually arrived above, only to find that it was completely flooded (I had our flight followers previously call some people there as well, and we were told that this one was ok too).

So finally I had no choice but to divert to Soroti (which was not even on our schedule at all that day, but which I was planning to use as my final  fail-safe 'out'). Sororti is one of only a few paved runways in Uganda, and they actually have some instrument approaches into there (one of only two airports in Uganda which have instrument approaches). The funny thing is that, the one day when it would probably have been most useful to have an instrument approach, the electricity was off and their generator wasn't working, so there were NO instrument approaches available that day. But not to worry, I had planned and prepared to get there in VFR, before the storm front hit the town.

Flying on good weather days is easy. These are the days when we really earn our paycheck... as if that's why we do it. In places and conditions like this, the pilot has to constantly be thinking way out ahead of the situation.  It's nice to have good equipment and resources available in the aircraft, which help make our job safer and less stressful. Anyway, we made it (1.5 hours after departing Amudat) safe and sound to Soroti, where we spent most of the rest of the day waiting for the weather to clear, and for fuel (since we don't store any jetfuel there). About 15 mins after landing in Soroti, I took this picture, as the storm bared down on Soroti. A few mins after taking this shot, it was raining cats and dog and the wind was blowing something fierce! Usually storms like this last less than an hour, but this one went on much of the afternoon. 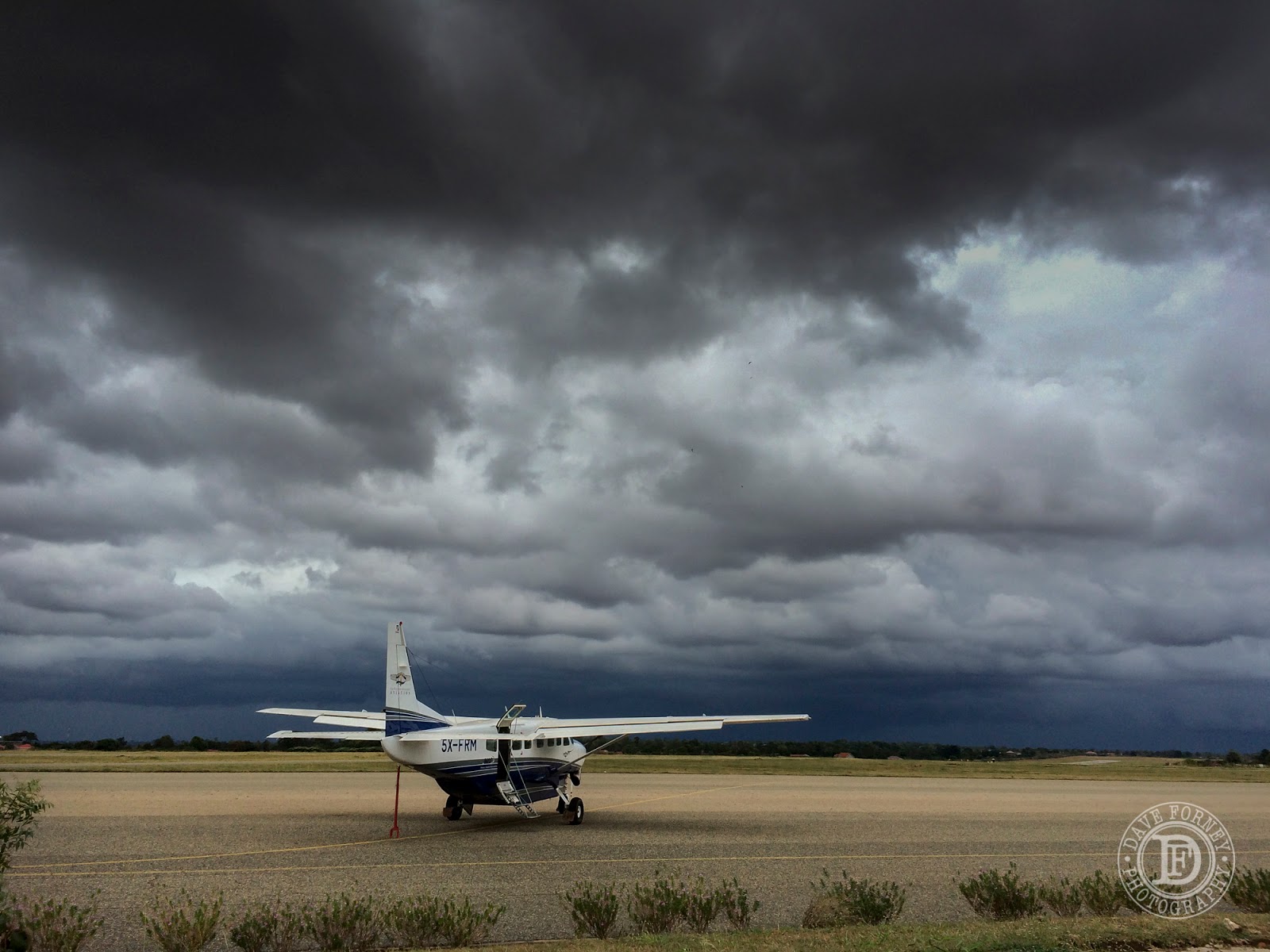 Very late in the afternoon, it finally blew threw. MAF sent another plane up, with fuel, and a plan to split my remaining schedule into two, so we could tag-team it, and both get back to our home-base just before our last landing time. Here is what it looked like up near Moroto after it all blew threw. There was a very high overcast, but it was glassy-smooth air, and the visibility was fantastic. 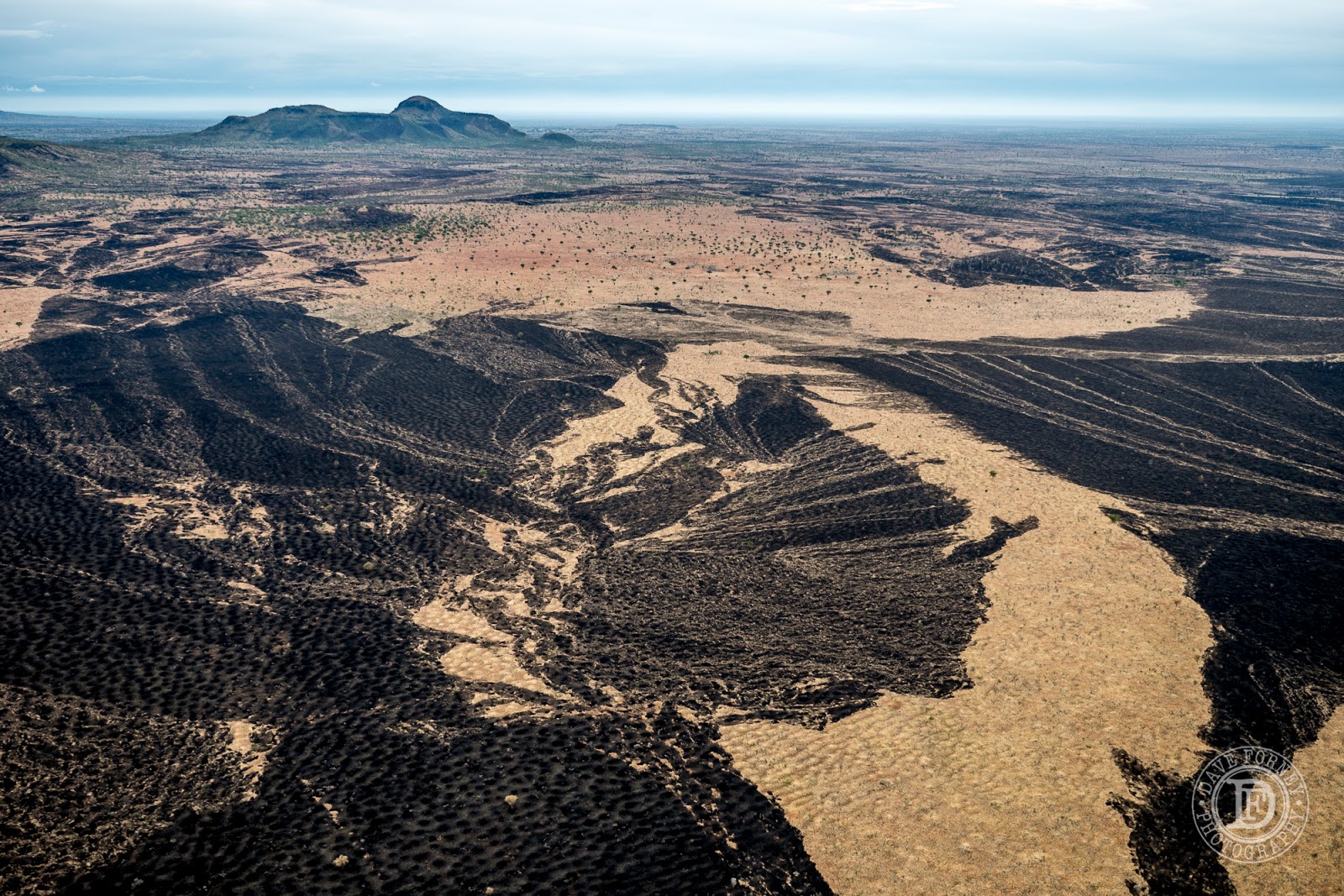 Soon, all of these black, and brown areas will begin sprouting grass again, and everything will turn green. 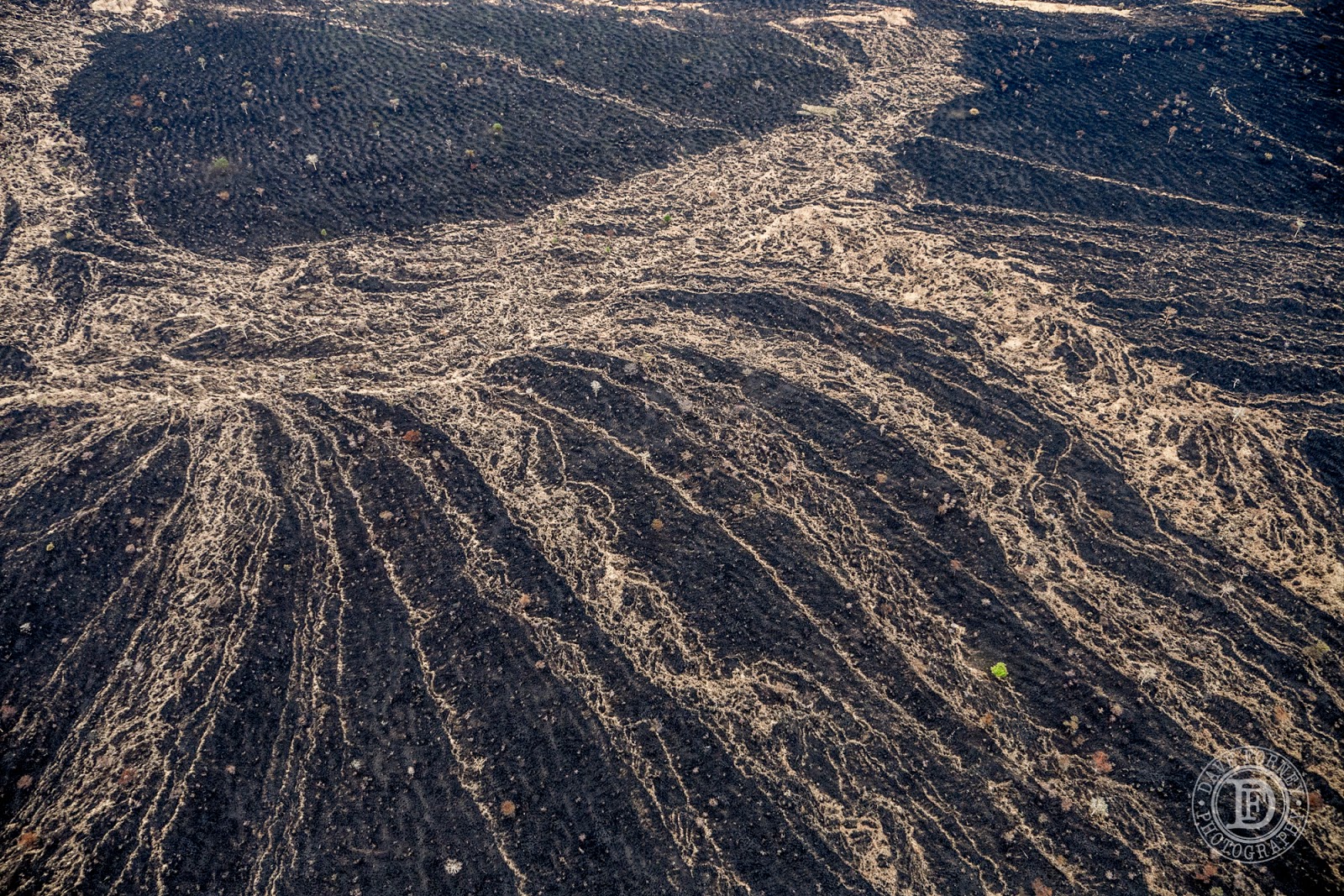 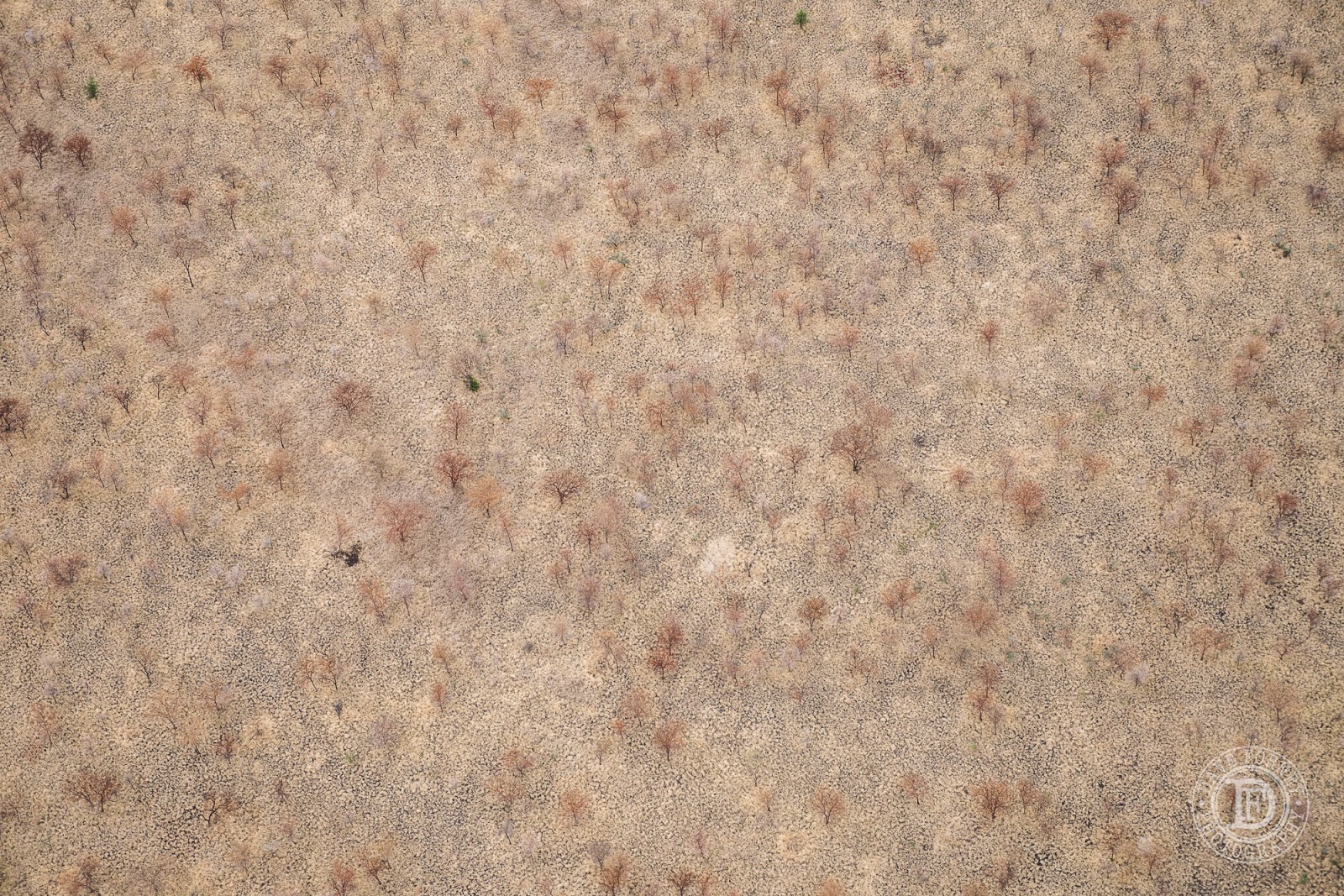 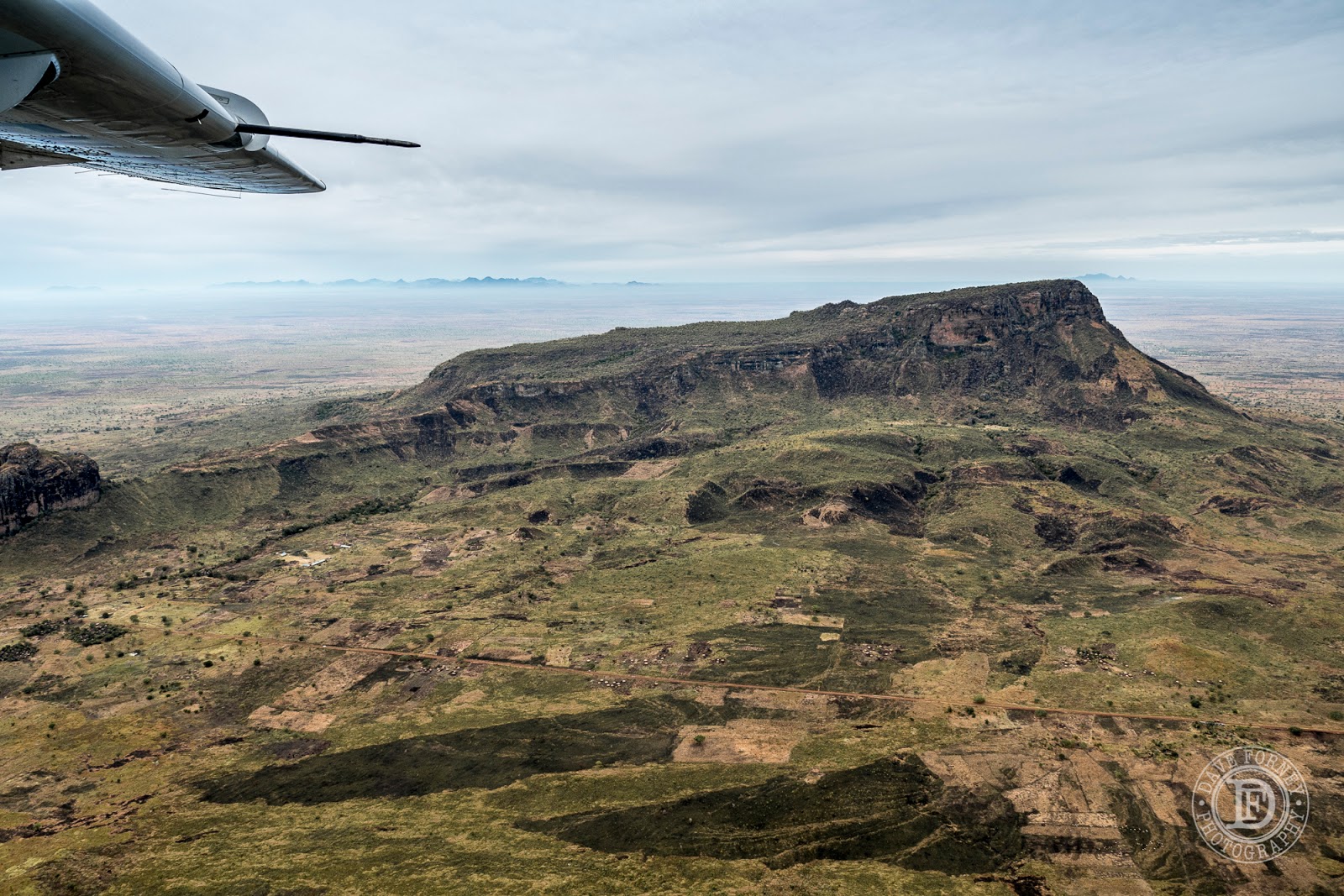 Nice view from my office window, hugh?
Posted by Dave at 8:00 AM