Autumn in the Northwest, and Joy's Health

Seeing as how it's been over four years since we last enjoyed a fall scene, we're truly soaking up the beauty of our favorite season out here in the great Northwest! 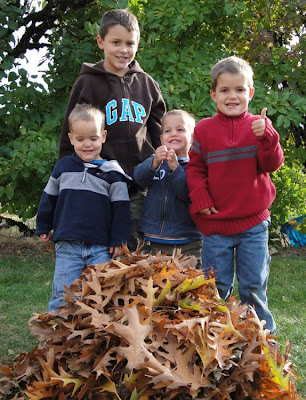 It's amazing how crisp, clear and cool it can be out here on a nice day. And the humidity is so low! We're practically bathing in lotion just to keep from shedding our skin like Britton's python back in Indonesia. 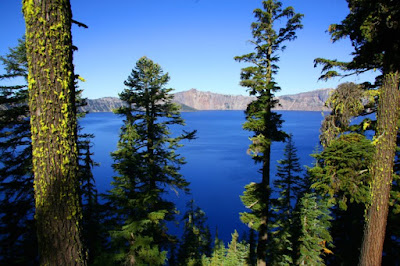 The change in seasons from late summer to fall can be seen as you drive up into the mountains. 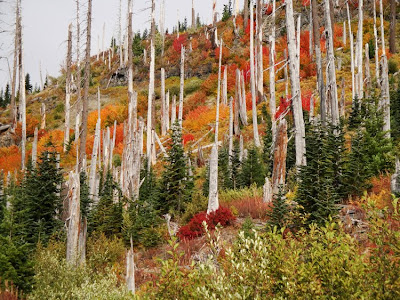 The full brilliant colors haven't quite made it down to our level yet, but they're on the way! And we've enjoyed sneaking in a a few weekend drives up into the Cascades to fully appreciate the beauty of autumn in the U.S. 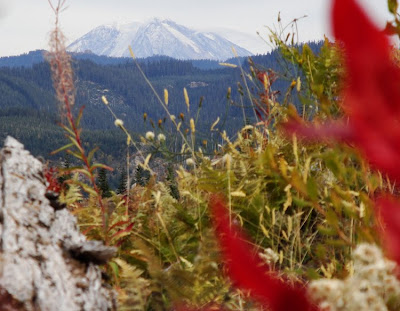 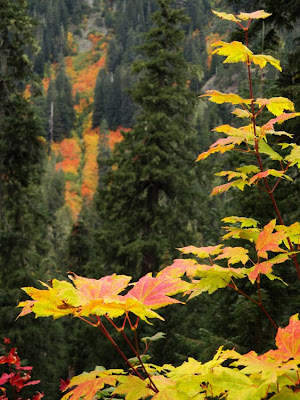 Of course, at any moment the weather can change, and it's already snowing in the higher elevations. That's another first for most of our kids--snow! We're looking forward to playing in the snow sometime before we return to Indonesia. Of course, we'll need to find something other than Crocs and shorts to wear! 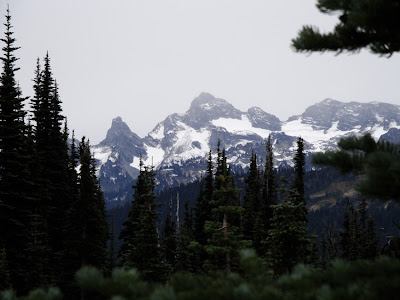 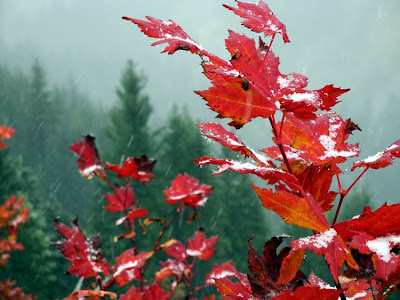 In other news, things continue to be busy here. We've already filled out visa applications for our return to Indonesia and are working on finalizing ticket arrangements and other details. In the meantime, we're still making many, many trips to the doctors and dentists, buying supplies, sharing with groups, churches, and supporters etc. etc.!

Speaking of doctors, you may be aware that for the past two years one of our biggest frustrations and challenges overseas has been Joy's health. She's had off and on pain and inflammation in many of her joints, that often has been very intense. In fact, I remember many times when she couldn't lift one of the twins (this was even back when they were still really little) because the pain was so bad. And she often has trouble holding her hands up to do her hair or simple things like that. In addition, she's often dizzy, very fatigued and has headaches and chest pain.

She's actually really tough, and hides it well. Many folks wouldn't even be aware. She doesn't like to make a big deal about stuff like this, and she's always hoped that we'd find out what was wrong, and then she could take some medicine and it would quietly go away. I've tried to "tell the world" about this before, but she's preferred to keep it quiet. But as time has gone on, the absence of answers has grown more frustrating and concerning. At one point when we were in Tarakan, Joy flew to Singapore for various tests and consultations with a specialist. (Our MAF program manager has always been very supportive of our efforts to find what the problem is. And in that case, I was able to take some time off to stay with the kids in Tarakan. We've appreciated MAF's support in trying to find answers.)

In the end, nothing conclusive was discovered. Later she did a bunch of tests and blood work in Tarakan. The blood work and labs were done in Balikpapan, a much larger city with a "better" hospital and lab. After those tests, they were convinced that Joy had TB. Well, we were very skeptical for numerous reasons, but after talking to several other Indonesian and western doctors, we finally decided that there was no harm in her taking the TB medication just to see what happened.

She stayed on that until we returned to the U.S. in late June. Her symptoms initially improved, making us think that maybe we really were on to something. But alas, they returned again with a vengeance a few months later. During our routine MAF-required medical exam, the doctor in the U.S. clearly found that she did not have TB, and never had. But he was sure there was something fishy going on.

So after seeing another doctor here in Portland, doing further blood work, and then getting in with a specialist, they've determined that she has either Relapsing Polychondritis or Lupus. Since they're both in the autoimmunity family of diseases, and similar in nature and symptoms, and since there's no specific test to 100% identify which is which, we don't really know for sure. But in both cases the treatment is similar. At this point we're just glad to know basically what we're dealing with. There's still much that doctors don't know about these diseases, and truthfully there's not a whole lot they can do. The specialist wanted to start Joy on steroids, but for now she's opted not to do that. You should know that in some cases the symptoms can simply vanish. Often they come back, but other times they don't. Will you join us in praying that God will simply heal Joy completely?

And just to be clear, at this point nothing has changed with our plans. We are excited to return to Indonesia in a few months, as originally intended. But it would certainly be a HUGE blessing if Joy was not dealing with the pain and fatigue that was clobbering her for the past couple of years. Thanks!
Posted by Dave at 6:34 PM 18 comments: