In case it's not obvious from my very sporadic blog posts of late, the past few months have been very, very busy for us.  For the past three and a half weeks, it's actually just been me and these three rugrats holding down the fort here in Uganda (this is actually an old picture from last May b/c I don't have a current one of the three of them together.)

Thanks to our good friends, Brady and Heather Thornton, and their church, Life Fellowship Family Bible Church, our older two kids had the amazing opportunity to fly back to the U.S. to participate in a youth program in CO. We were actually willing to let them fly back to the U.S. on their own--just the two of them--but because of high surcharges added to the ticket fees for unaccompanied minors flying internationally, that was just too expensive. Then, Joy's family offered to help her get a ticket to fly to OR, to be there for the birth of her sister's baby, and just to hang out for a few weeks and recharge her batteries. So, the three of them flew together to the U.S., and then Joy stayed in OR, while our older two kids flew on their own from there to CO. Britt and Hannah had an absolutely incredible time with the Thorntons and their church youth group!  And Joy's time in Oregon was really special and rejuvenating. 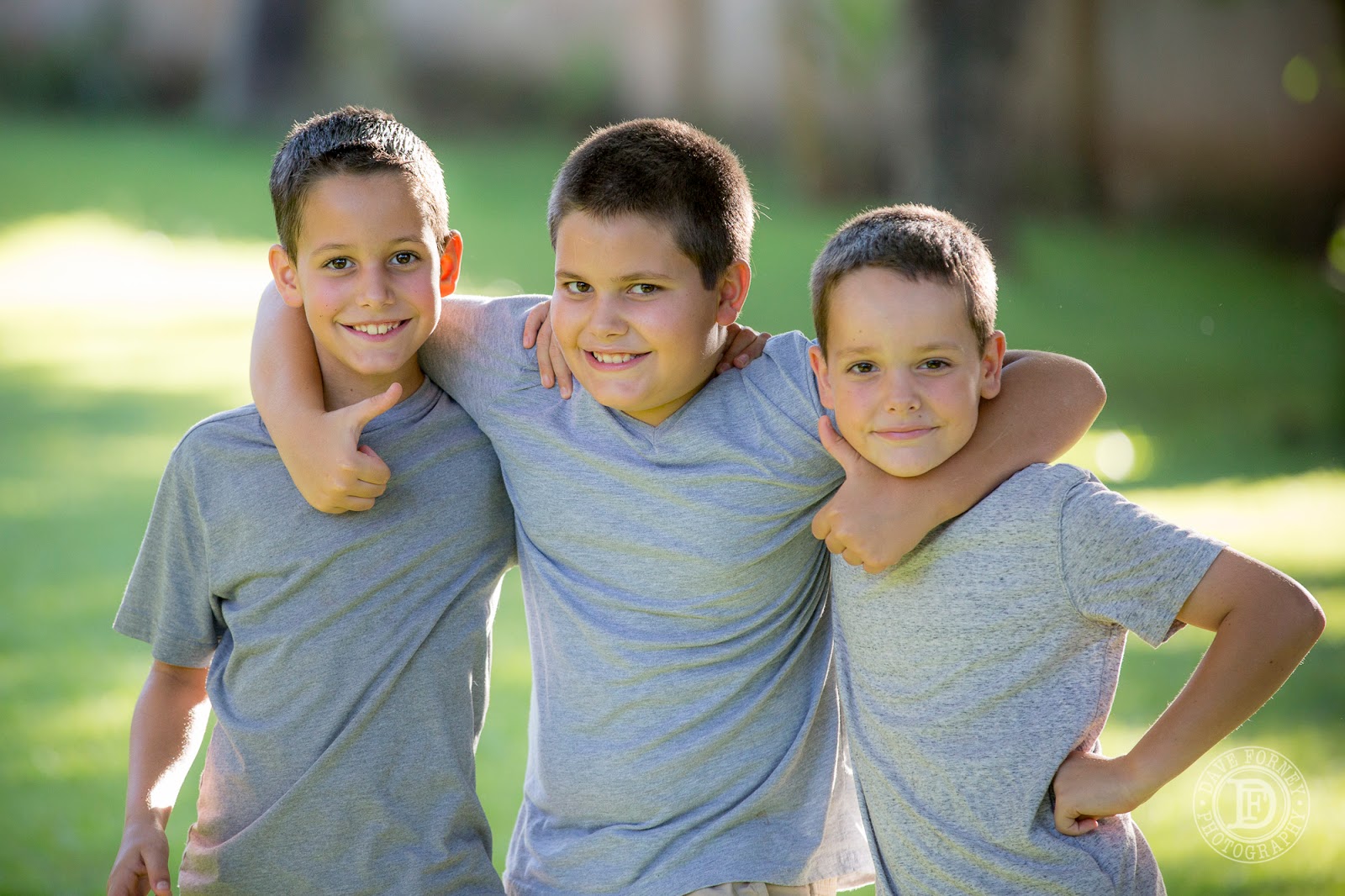 Meanwhile, I've been very busy flying full-time here, and trying to play the role of a working, single dad to the three younger ones. They've been great, and we've had a lot of fun in the evenings and weekends when I'm home.

So what do the boys do when the women are out of the house?--well, one of the fun things we did was some fancy 'Face Art'. This is not something that is generally recommended when the wife is home, so this was the perfect opportunity. Starting last November, I decided to lose my razor, knowing that I was going to be doing some fill-in flying assignments where it was a lot colder, and the beard would come in handy.  Over the next few months the beard sort of took on a life of it's own, until sometime around March I realized that I was starting to look like a flying Sasquatch. When I finished one short-term flying assignment, and returned to fly in Uganda again, I realized that some of my passengers seemed a wee bit nervous about my 'professional appearance'.  So I took some scissors and did some shearing.

But frankly, it's a pain to trim a beard, and knowing I'd be flying again in the colder region, I simply let it go again until I returned from my next assignment at the end of May. By then, it was getting hot here in Uganda, and I decided it was time to get rid of the yak fur that was growing on my face. Joy had just left for the U.S., and my three younger boys, who were here with me in Uganda, begged me to shave it off in 'stages'--one each day for a week. Of course, that sounded like a great idea to me, (what guy doesn't like to create art with his facial hair??) so that's what we did. And yes, I did go out in public each day, and yes, I did fly my passengers while looking like this. Hey, it's art!  Fortunately, the 'Hitler Stache' (AKA "Ugly Dave" in the picture below) fell on a Saturday, so I didn't have to see too many people that day.  Anyway, here is the documentation of all of that wonderful facial art. I hope you enjoy it as much as my boys and I did! Haha. 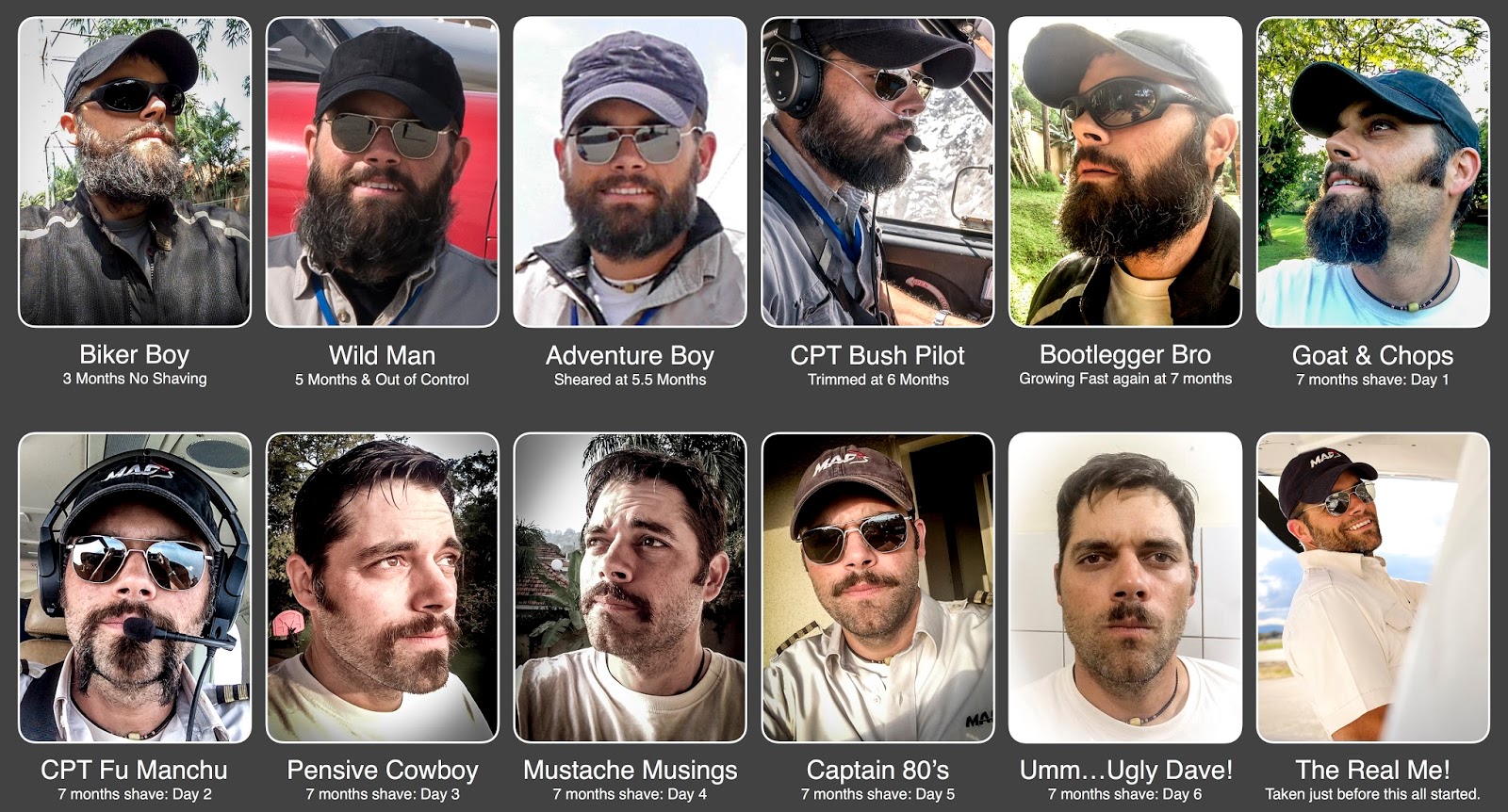 What else did we do while Joy and the older kids were gone? Well, in addition to lots of laundry, cooking, dishes, feeding animals, etc., we played a lot of outdoor games like Rollers (below) and croquet... 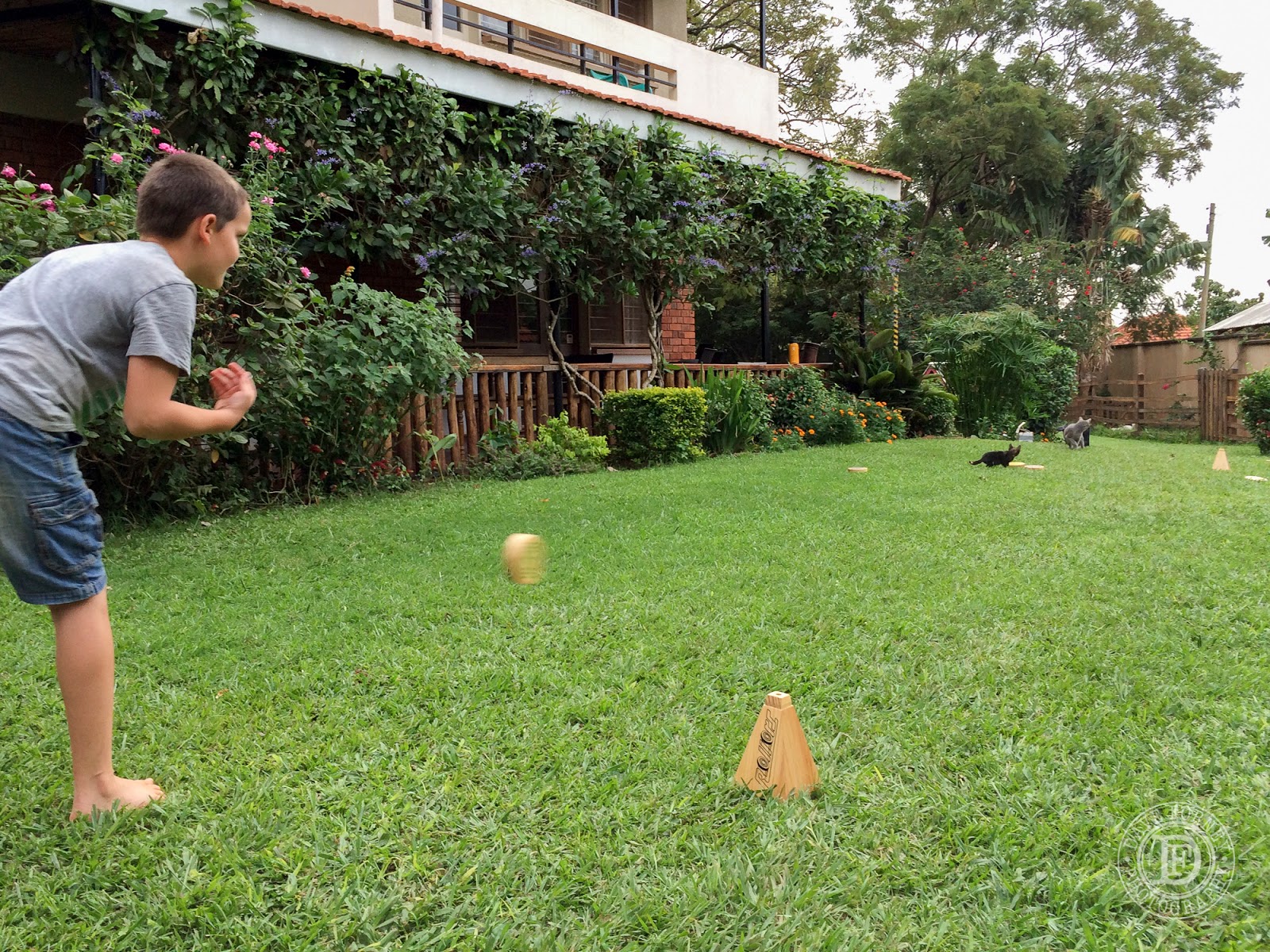 We played a lot of indoor games like Risk (below) and Monopoly... 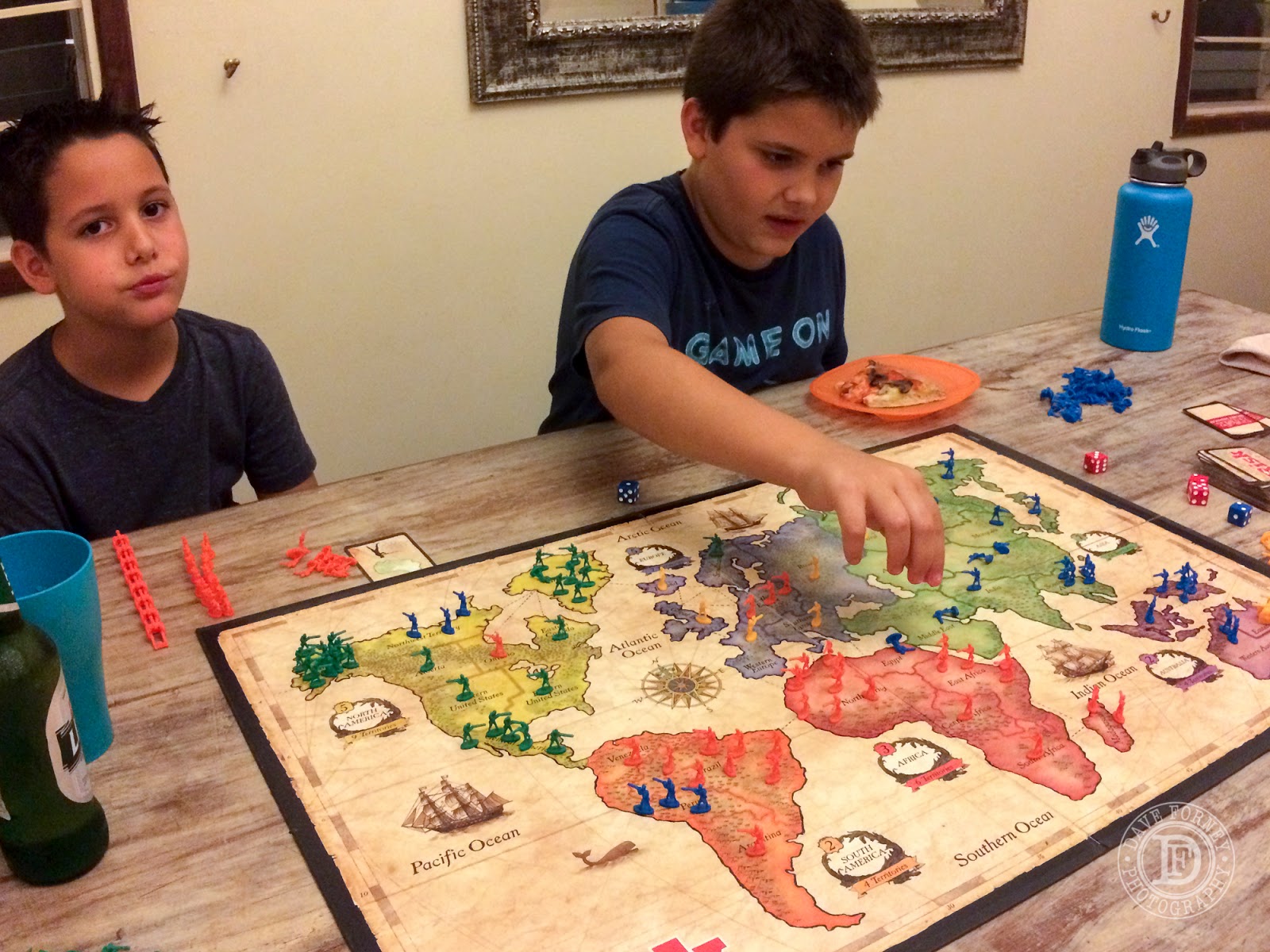 And we fixed a lot of things around the house, and built some things like this chicken feeder. 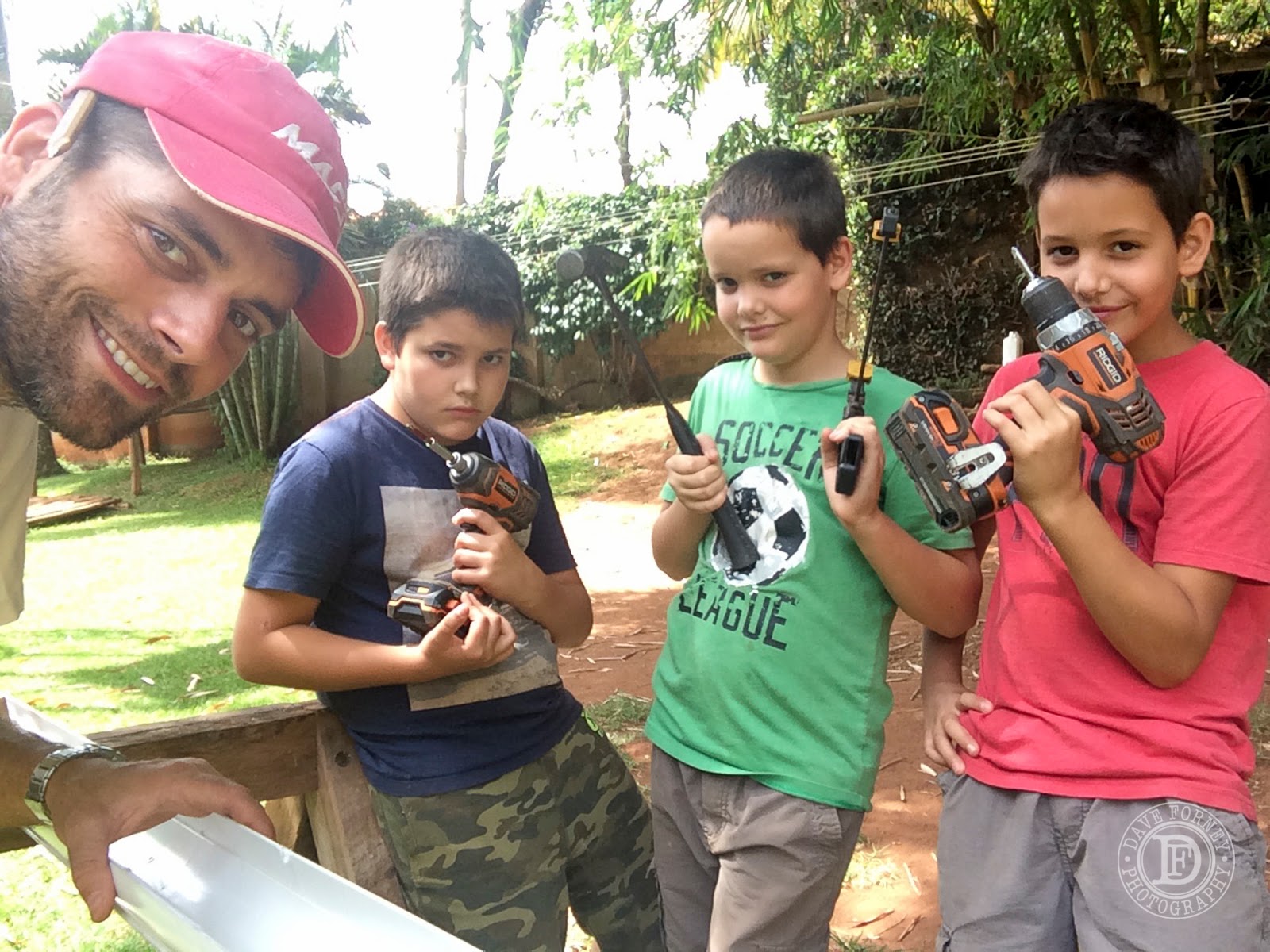 On Father's day the boys had helped to make cinnamon buns for breakfast, and they decorated the dining room and made a sign and cards. 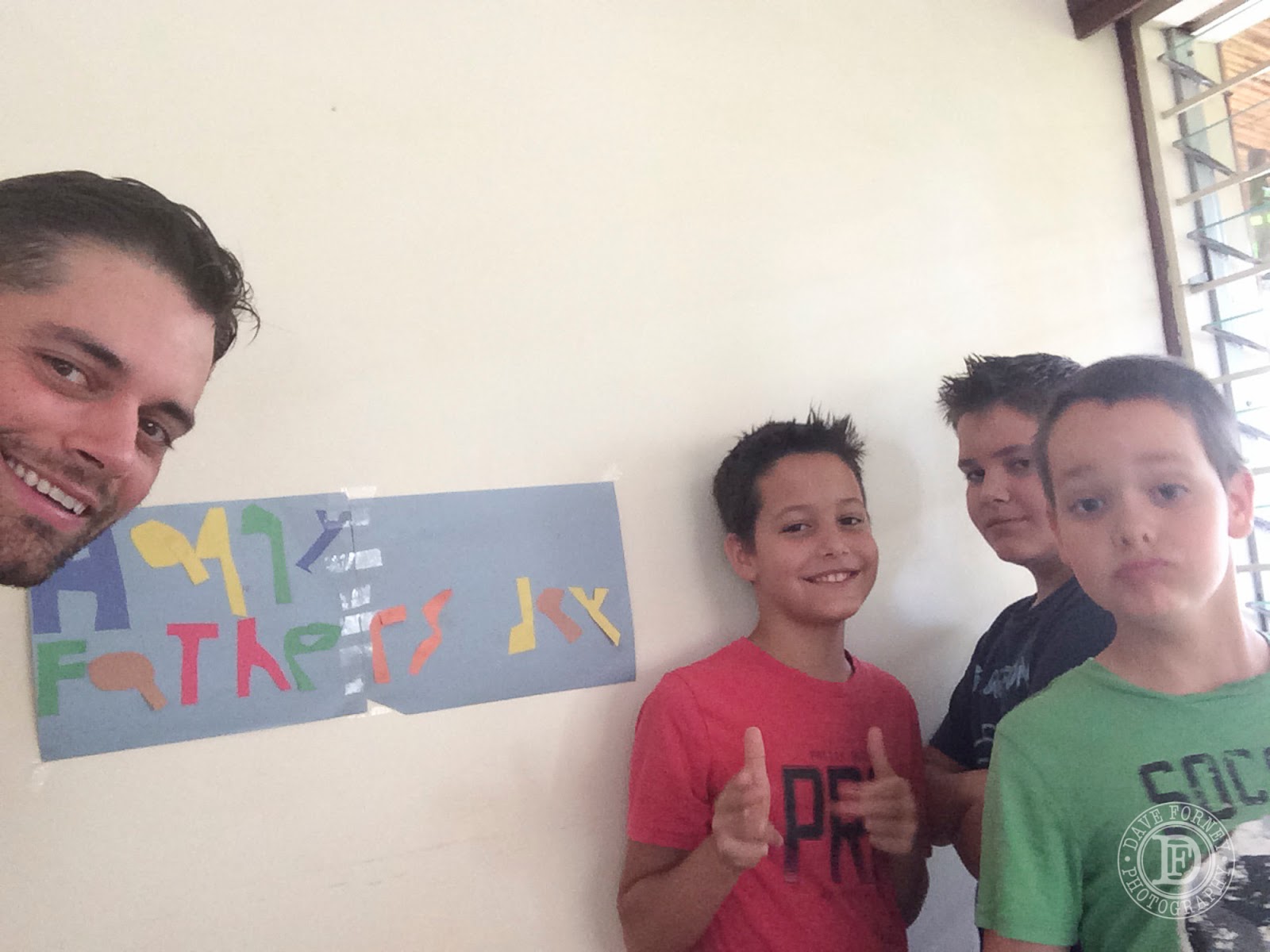 In truth, we've had a lot of fun, but we also worked hard--the boys have been home on their own a lot over the past few weeks while I was flying, and they have done an amazing job being responsible to do all of their chores, and keep the house in order. As I was thinking, on Father's day, how blessed I am to be a father to five amazing kids, it occurred to me that they are growing up SO FAST! It seems like just yesterday that we were flying back to Indonesia with two, tiny little bundles of joy (actually they didn't seem too 'joyful' back then, as they seemed to scream a lot). And now look at them!  Anyway, that got me reminiscing, and I looked back and found this family photo taken 10 years ago. 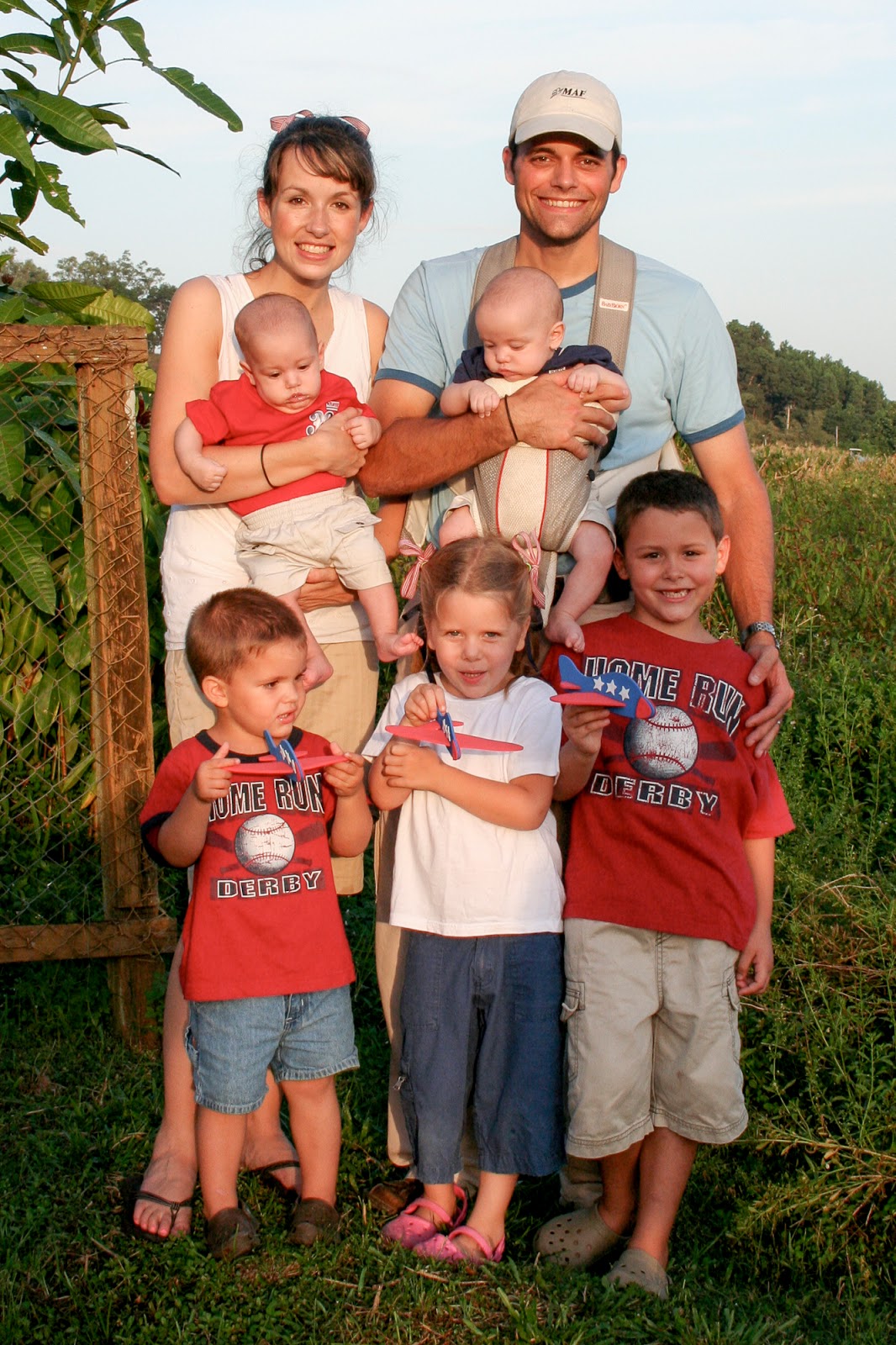 And while I was back there in the old photo files, I saw this one, which reminds me of the jungle flying I did in Indonesia. 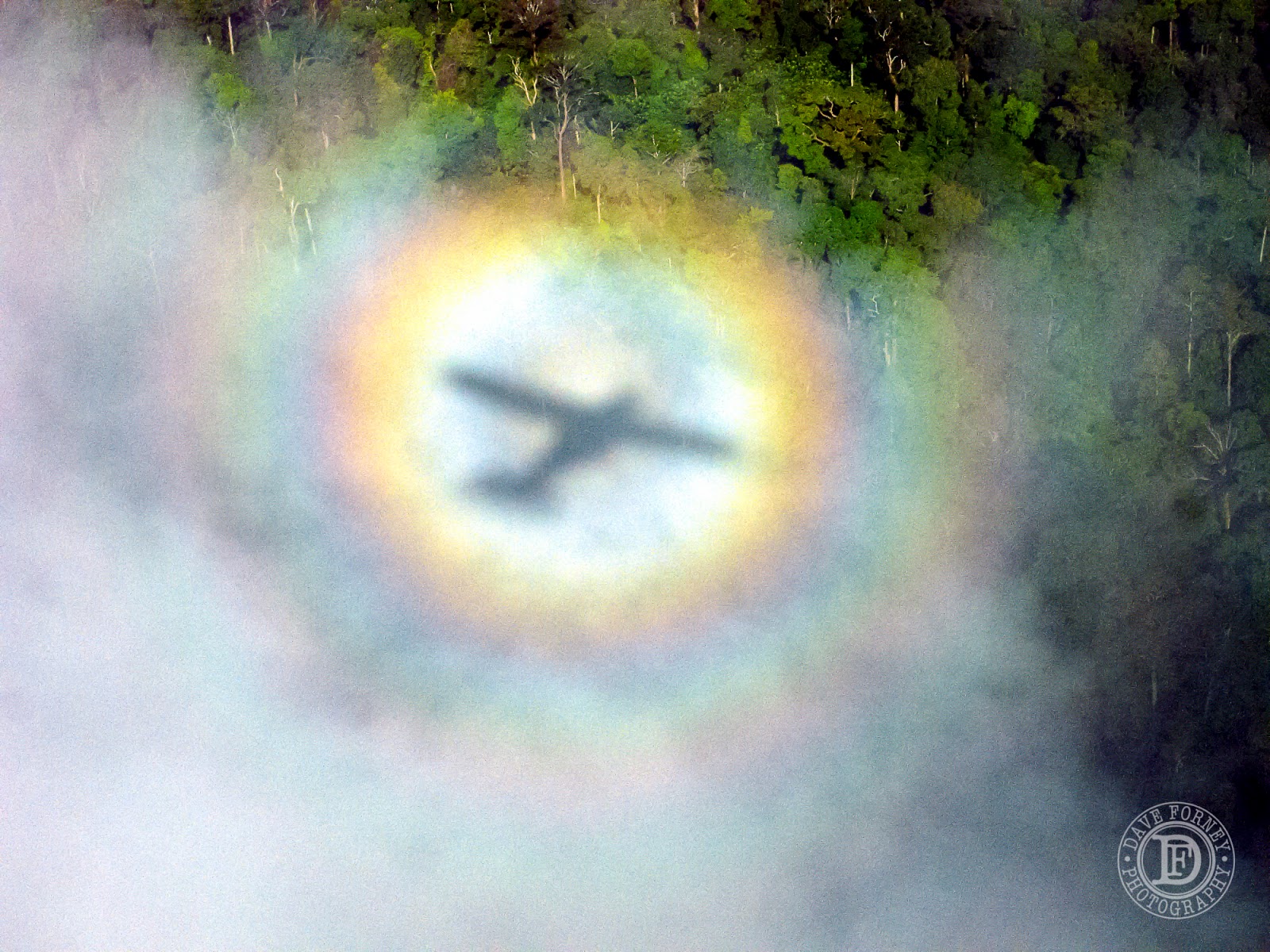 And since this is a totally random blog post, I'll just throw in a few current pics... here are some sunrises from my bedroom window this week, here in Uganda. 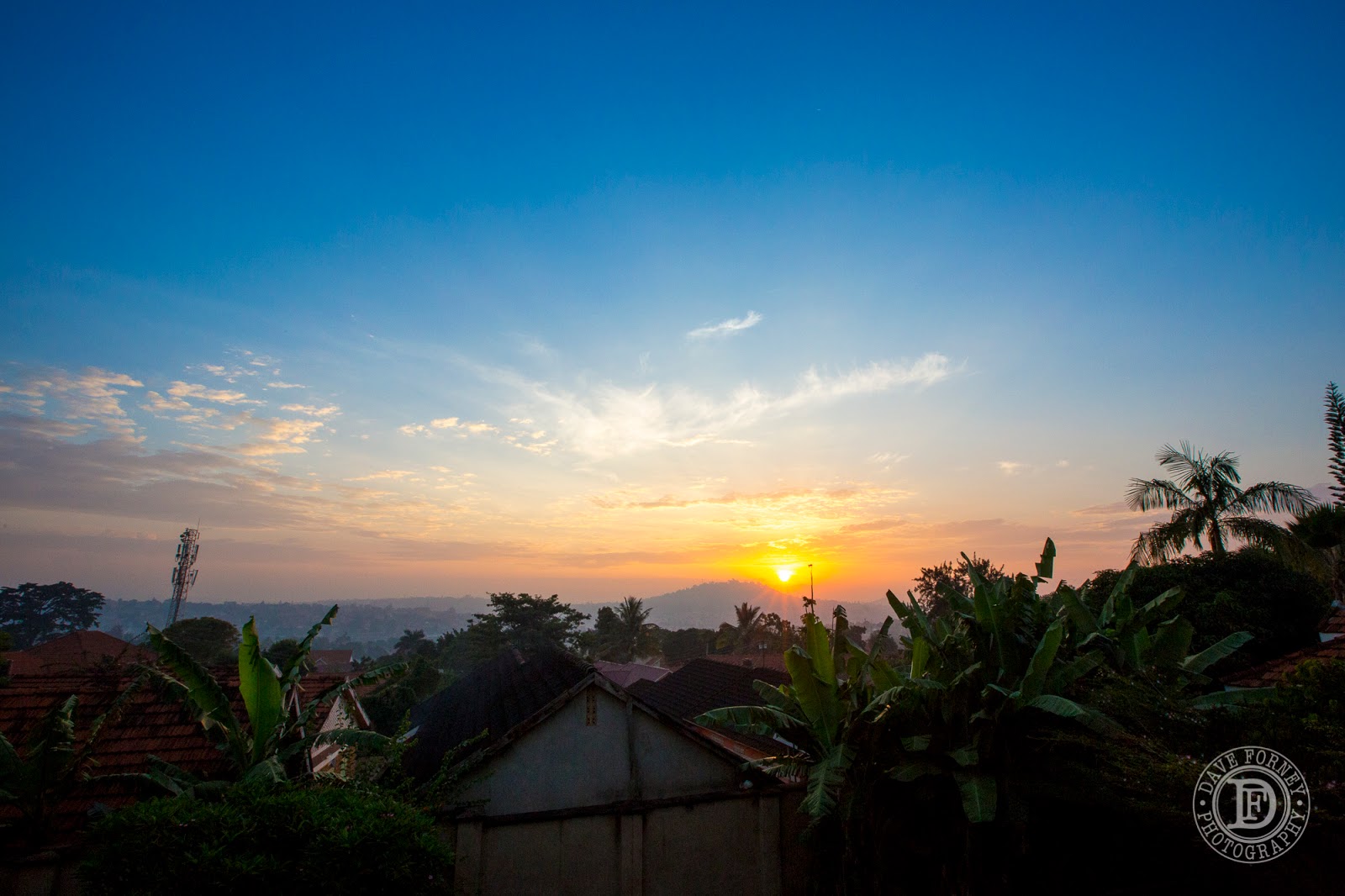 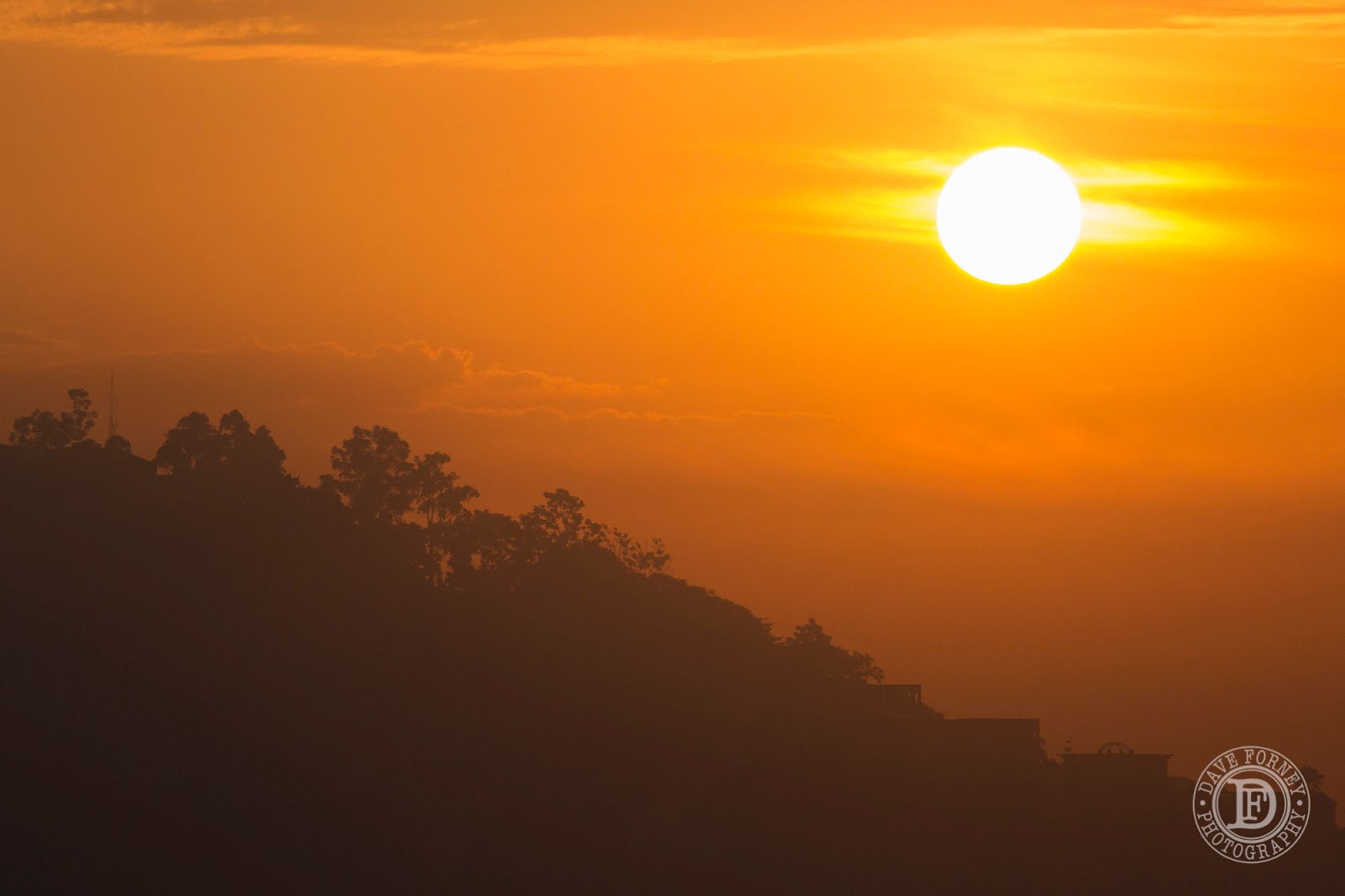 And now I have to go make breakfast for the boys!
Posted by Dave at 8:57 AM 2 comments:

View From the Office Window

I've spent two of the past three months helping out with some flying in a different location. Not too shabby a view from my office window hugh? 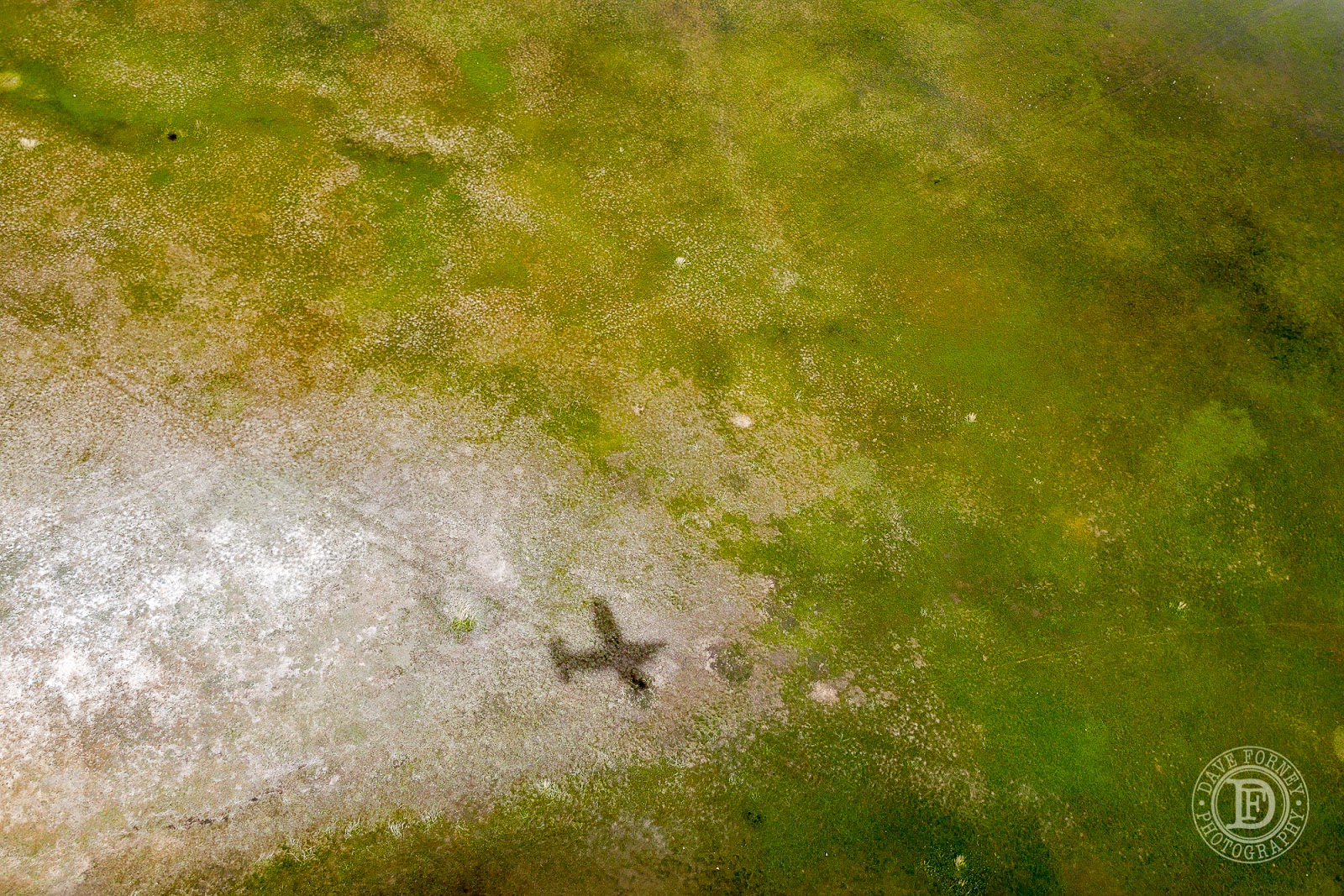 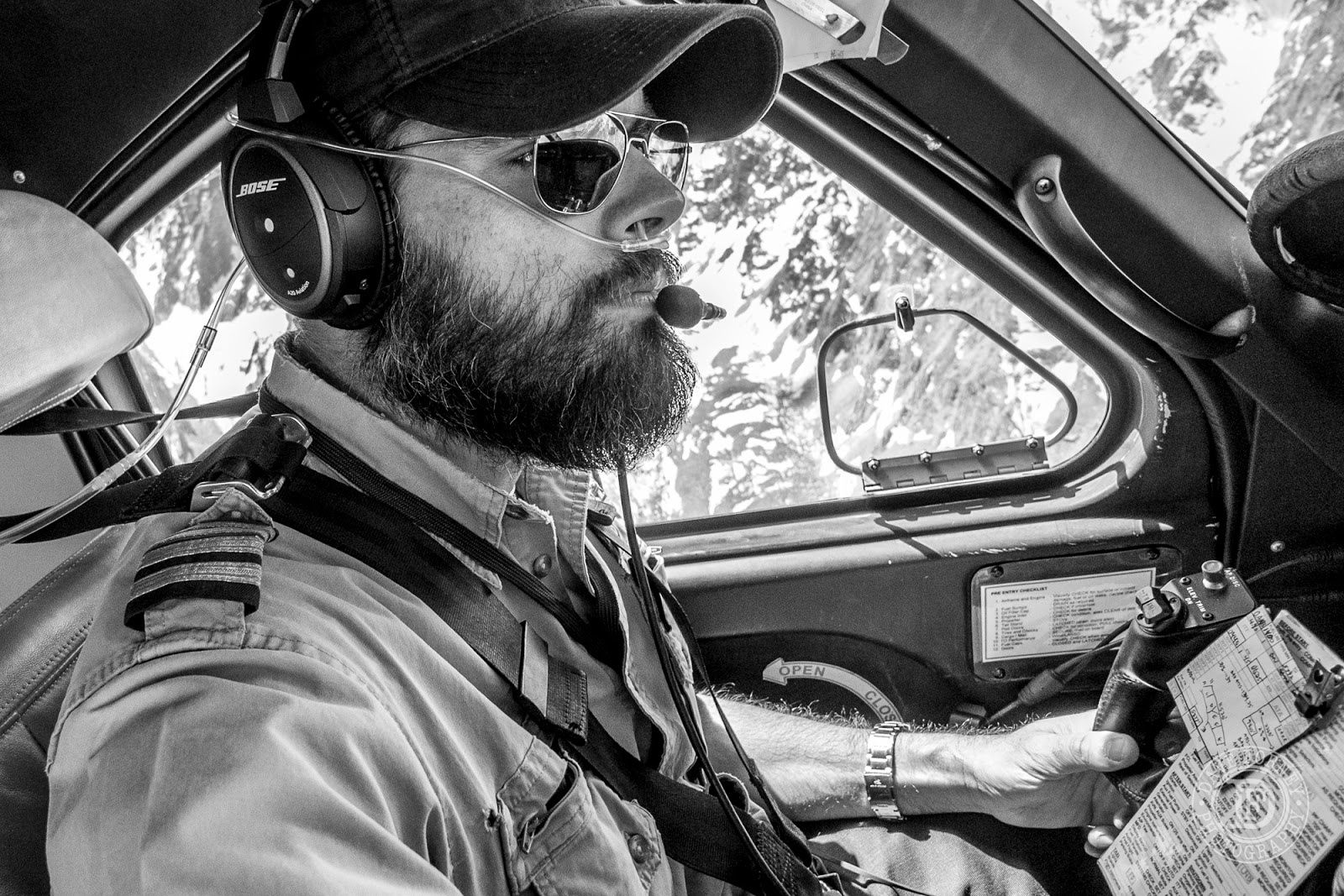 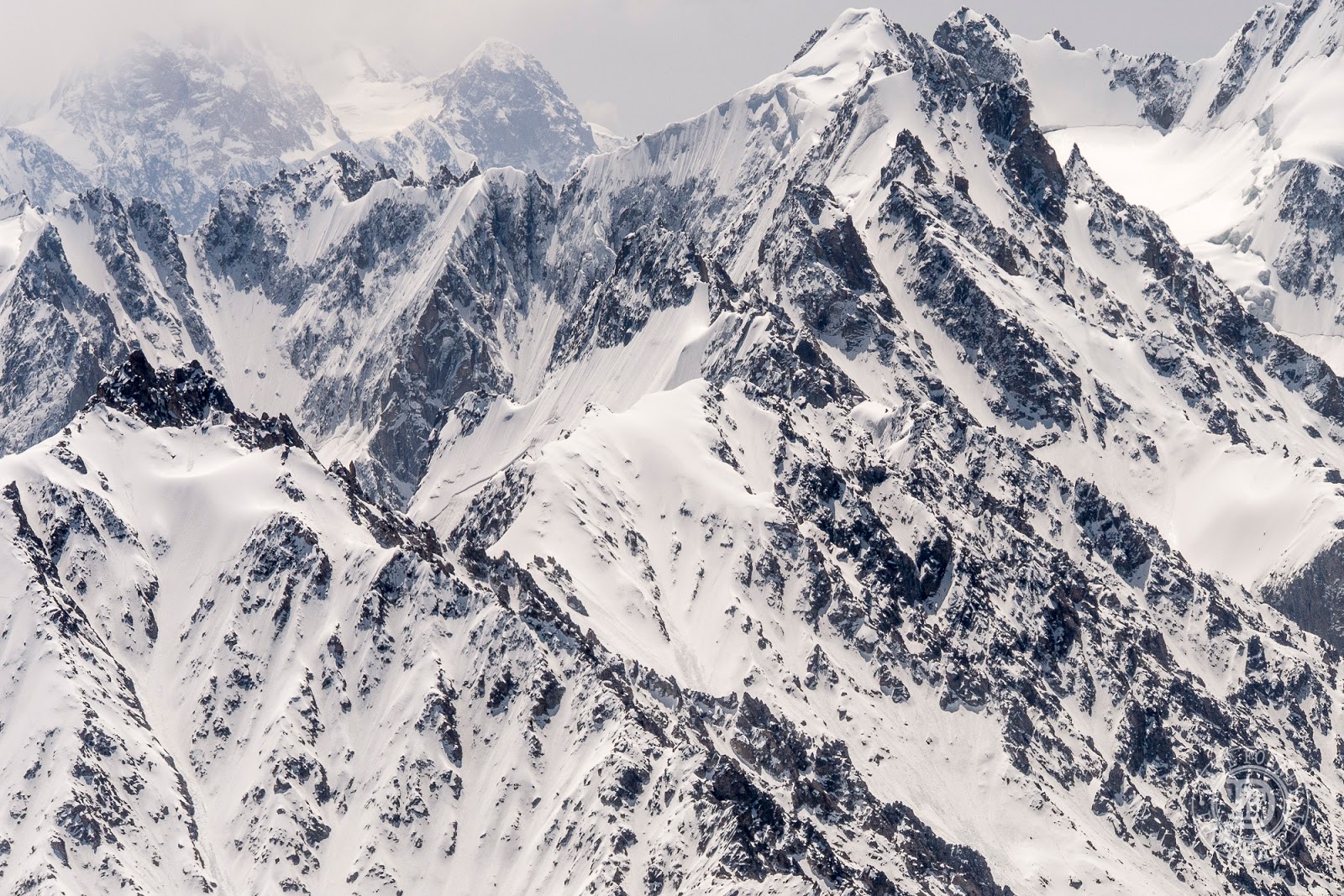 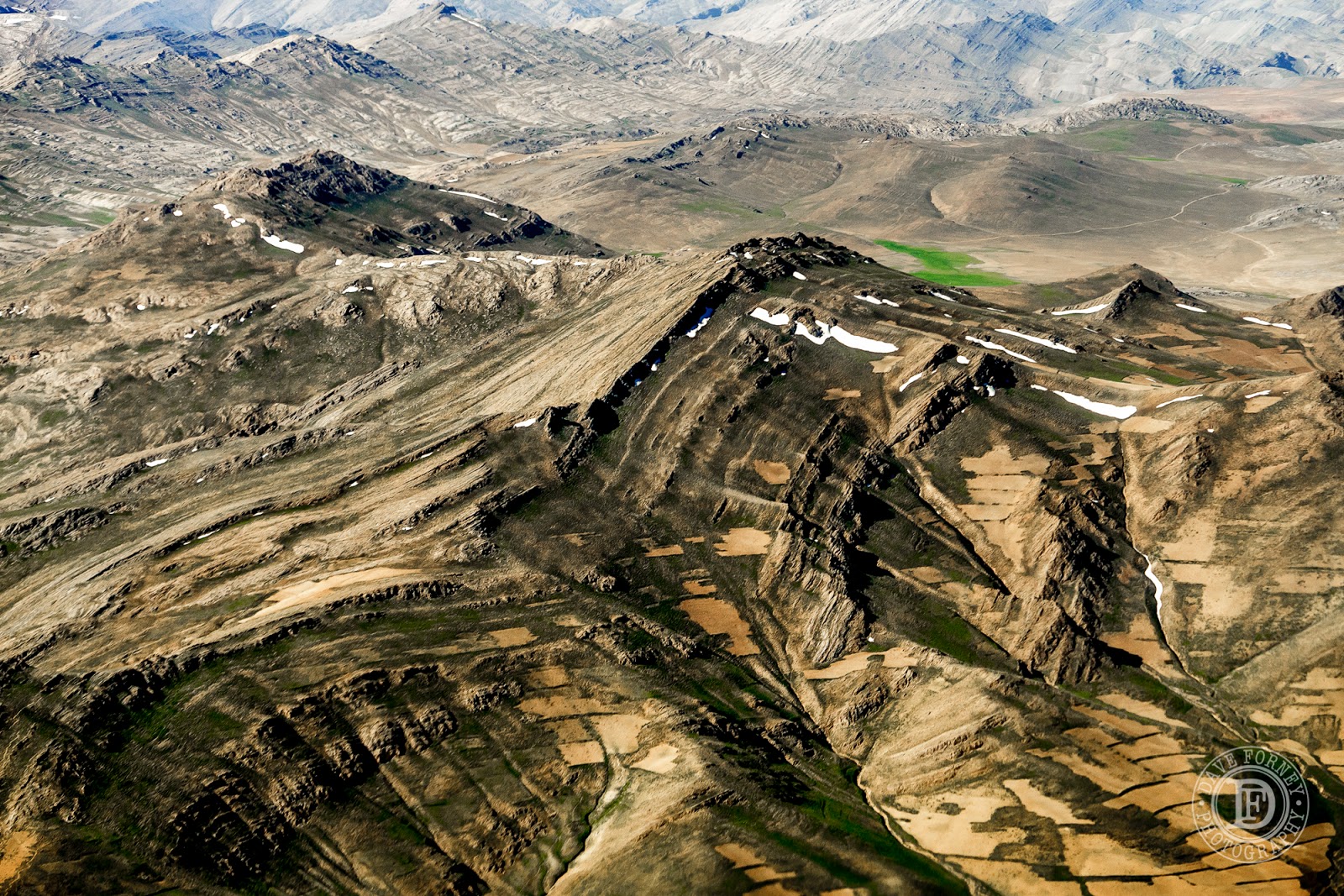 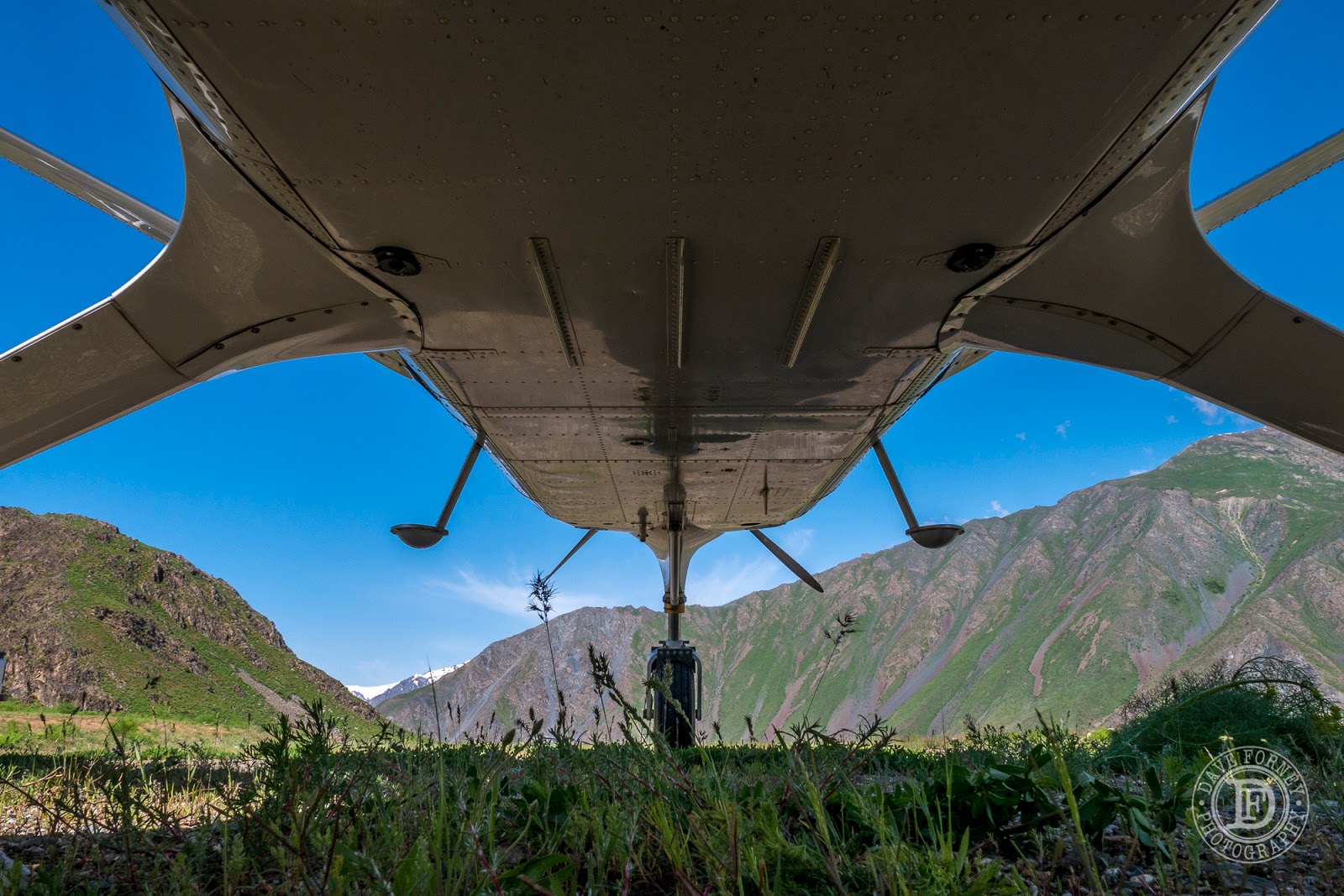 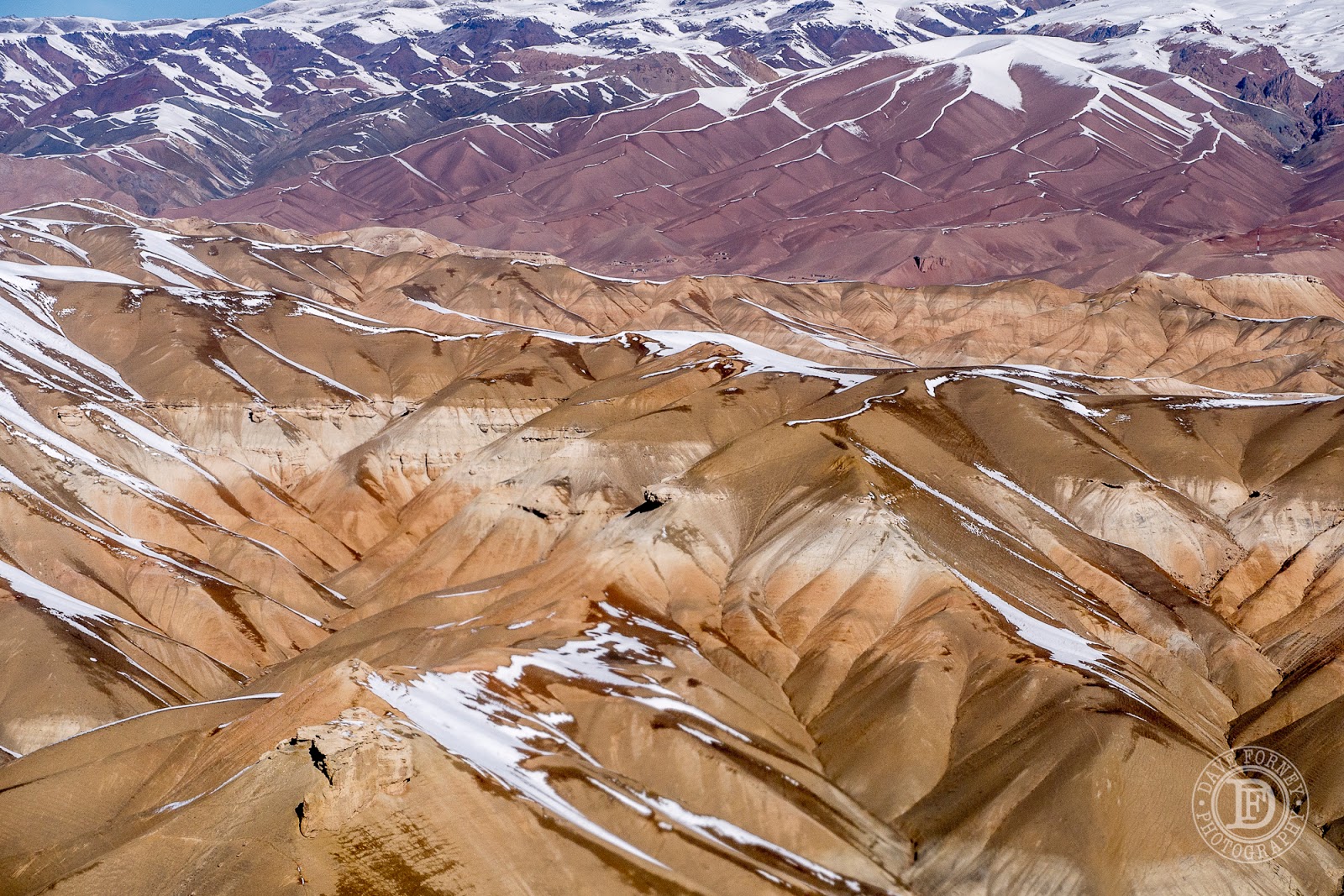 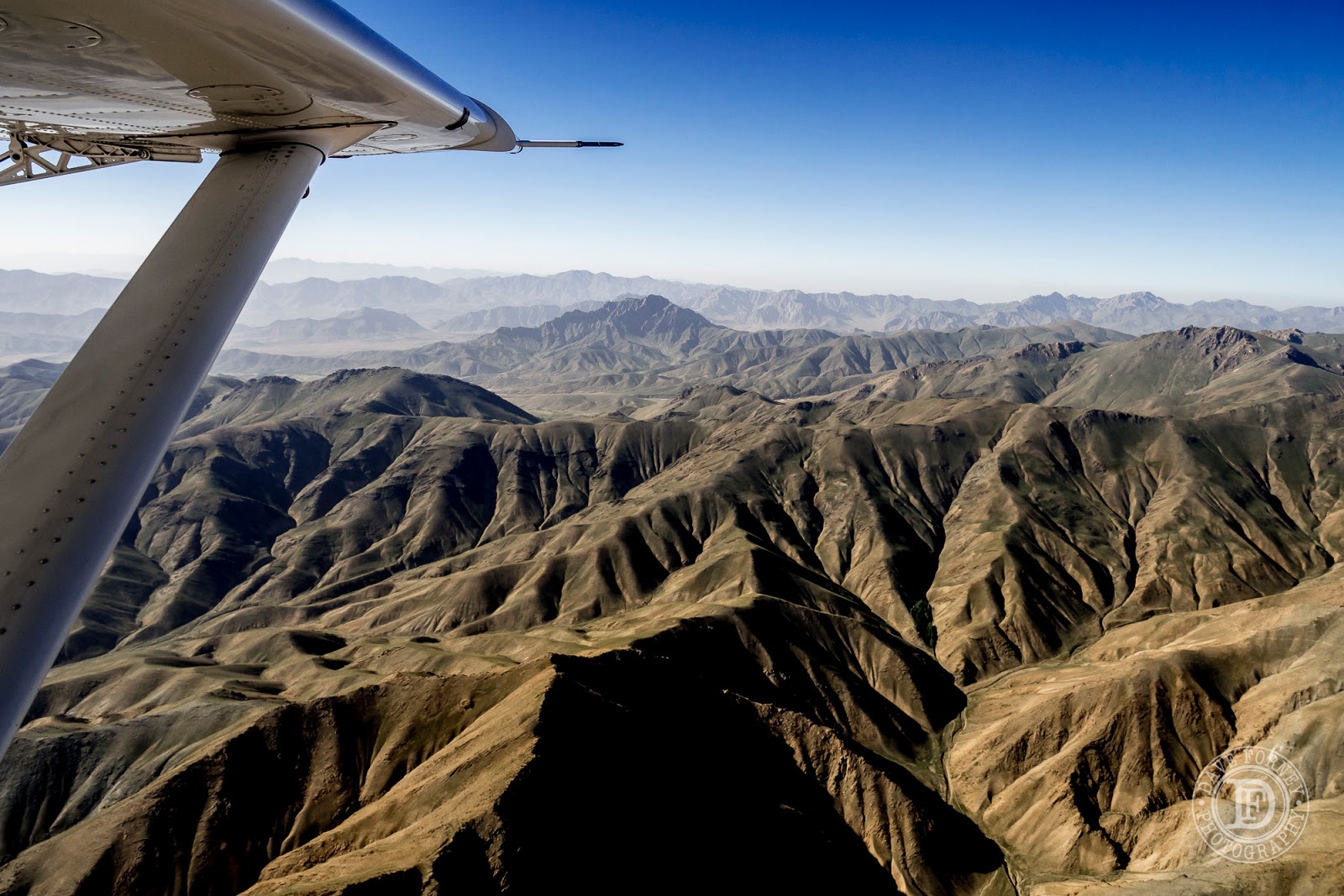 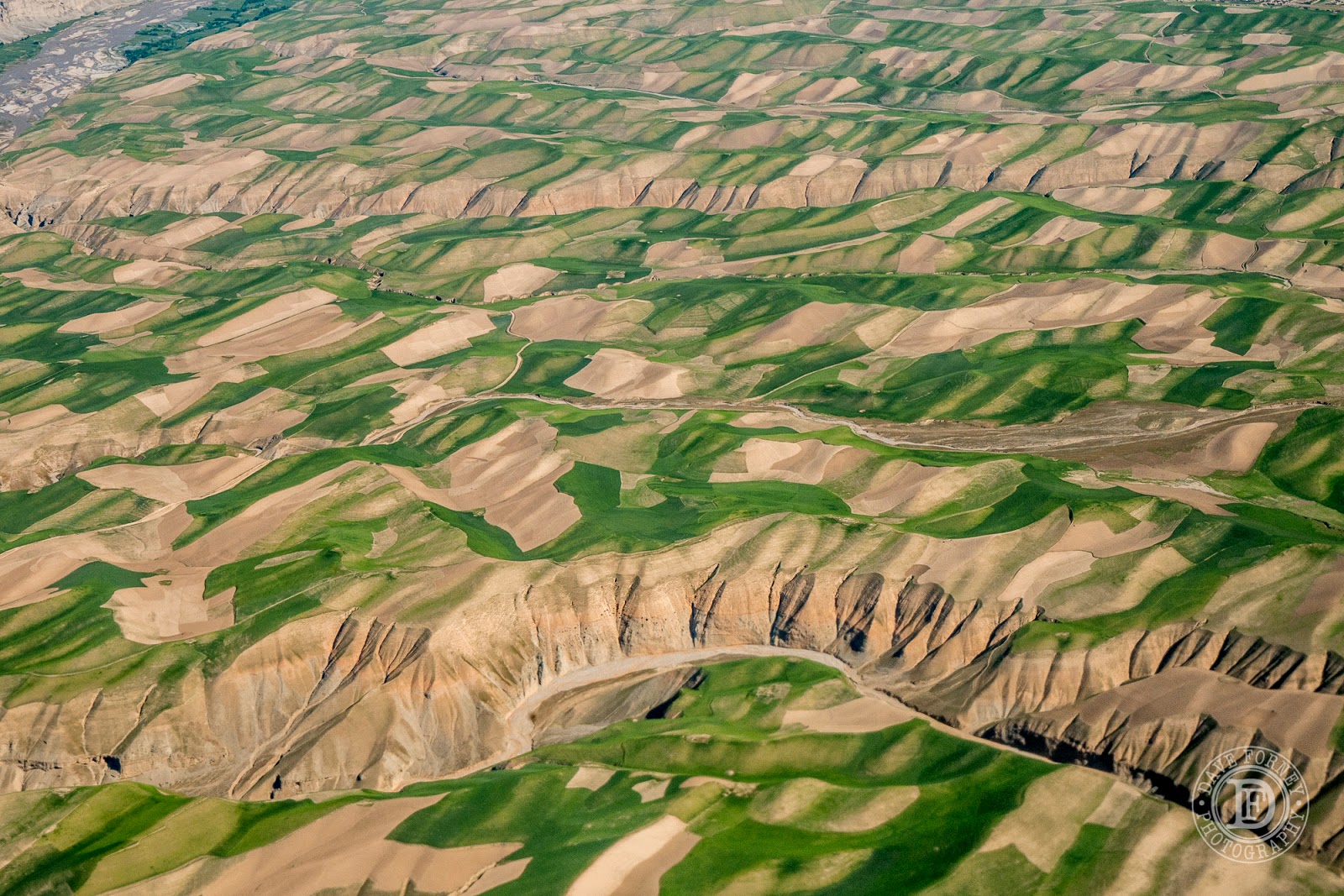 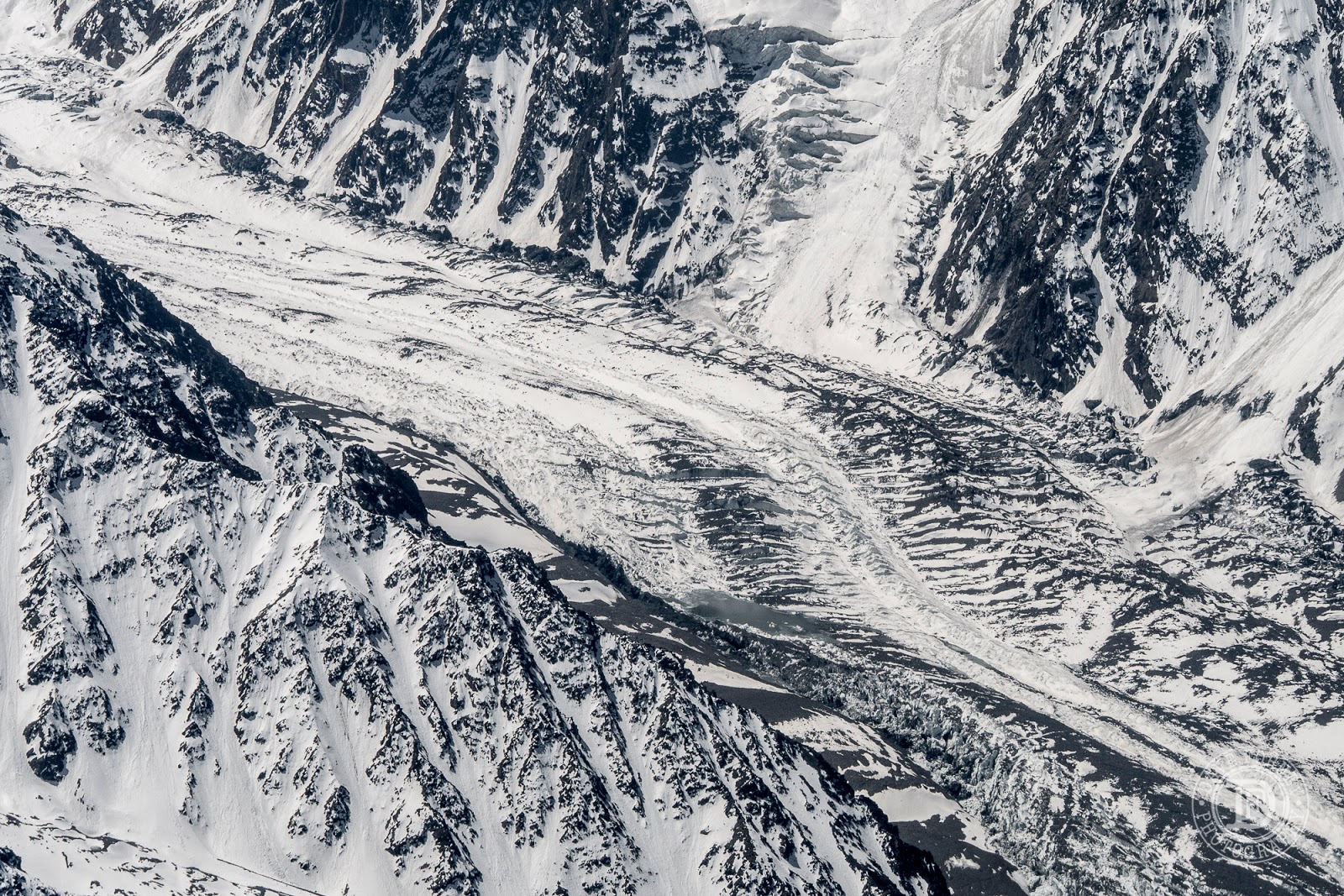 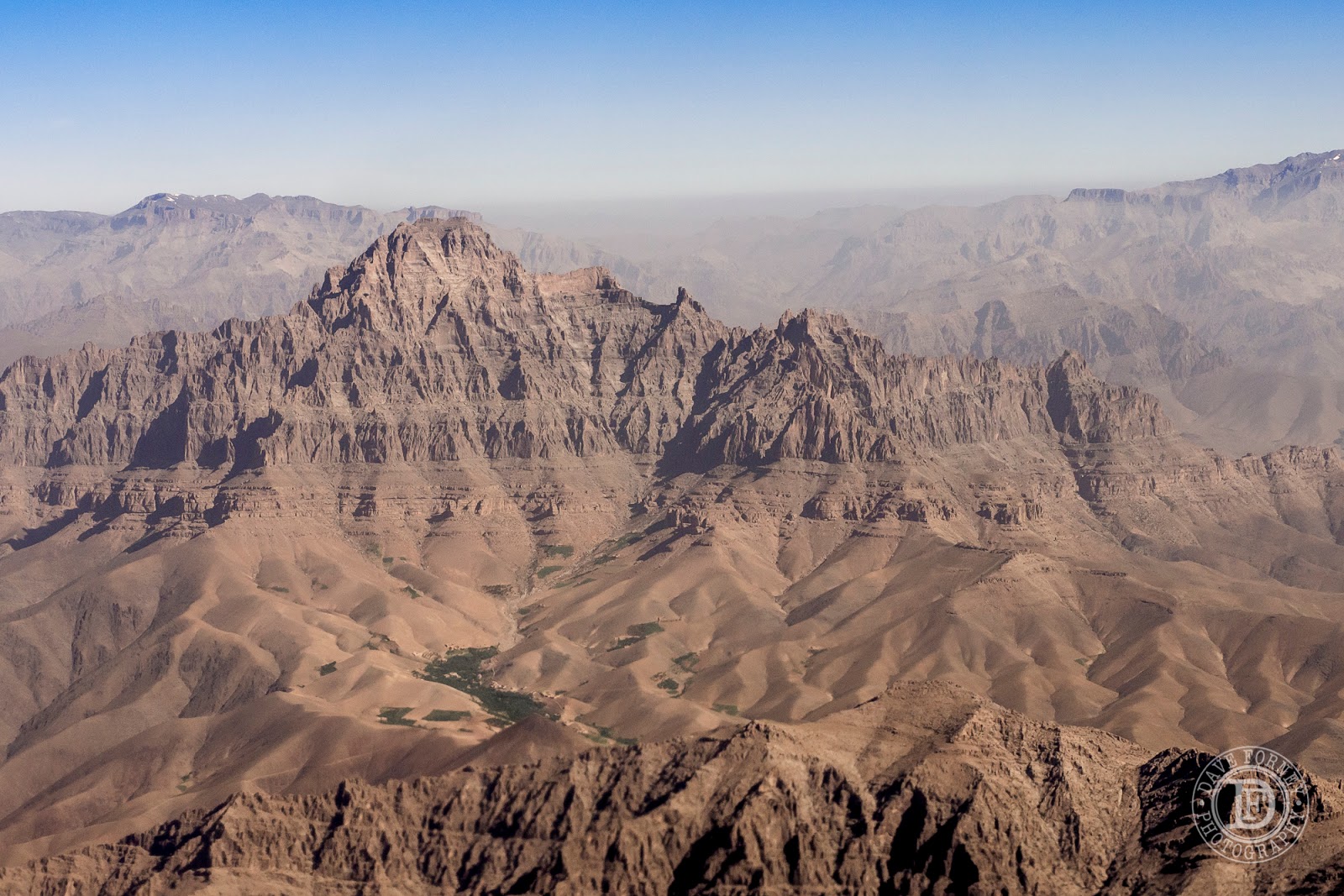 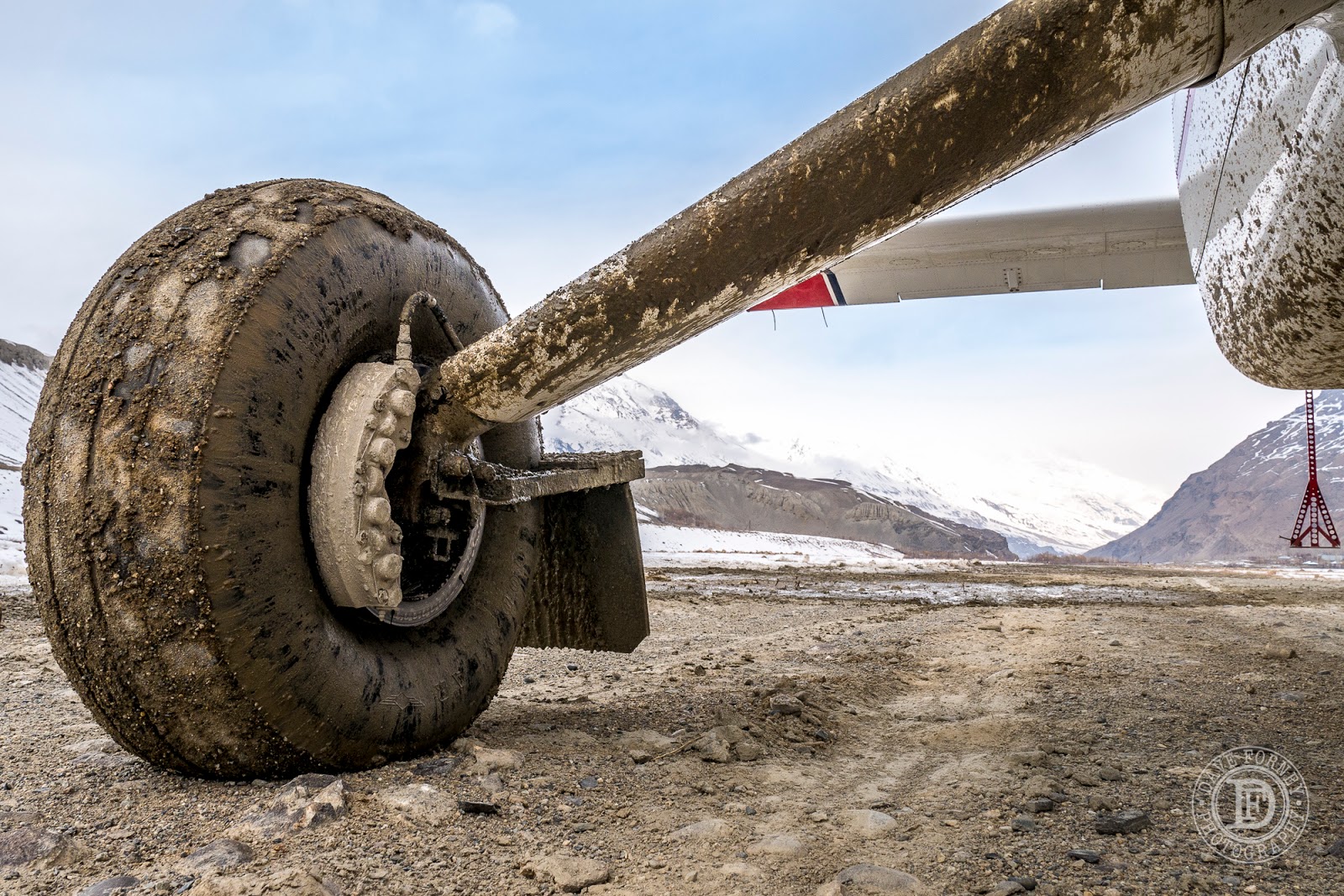 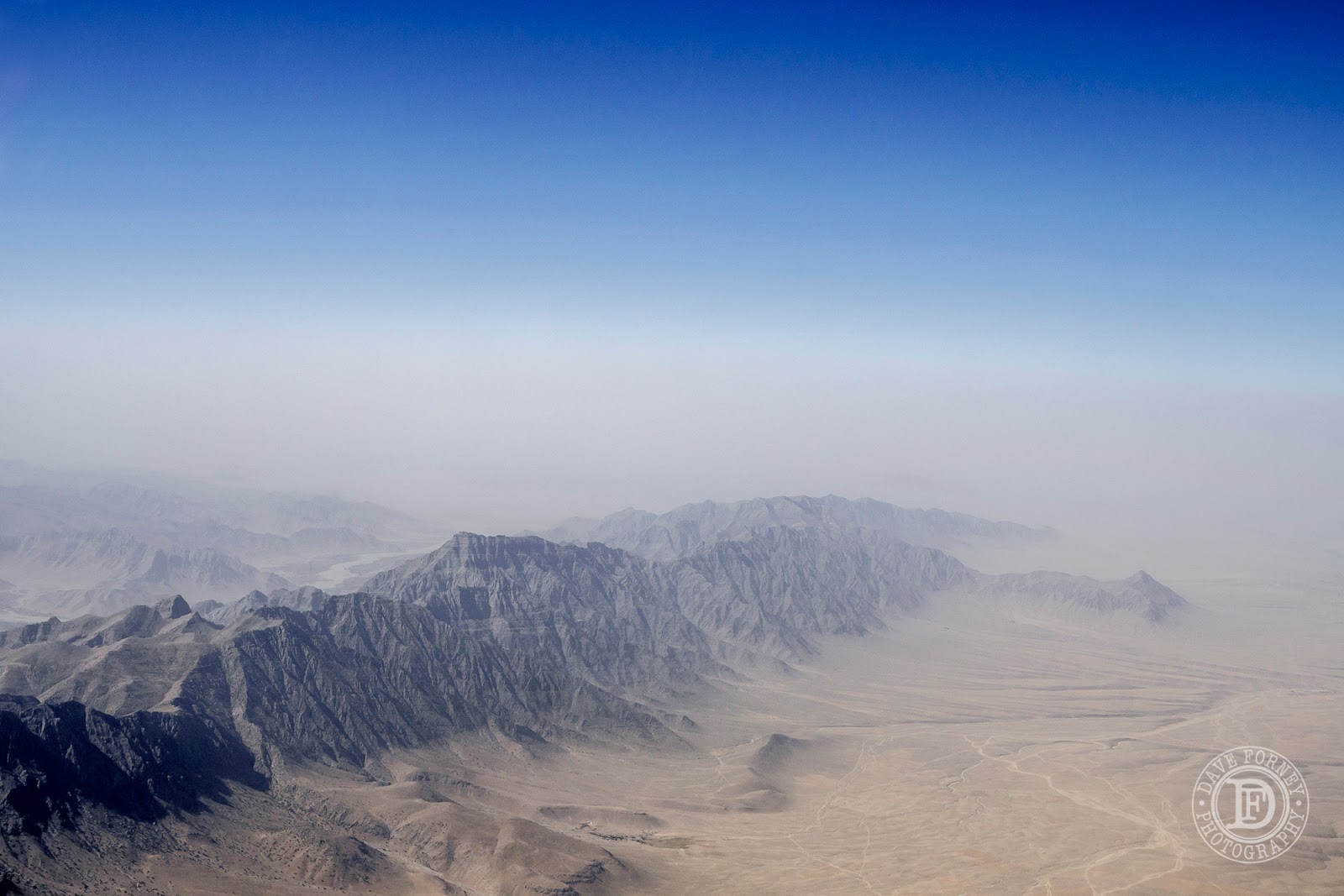 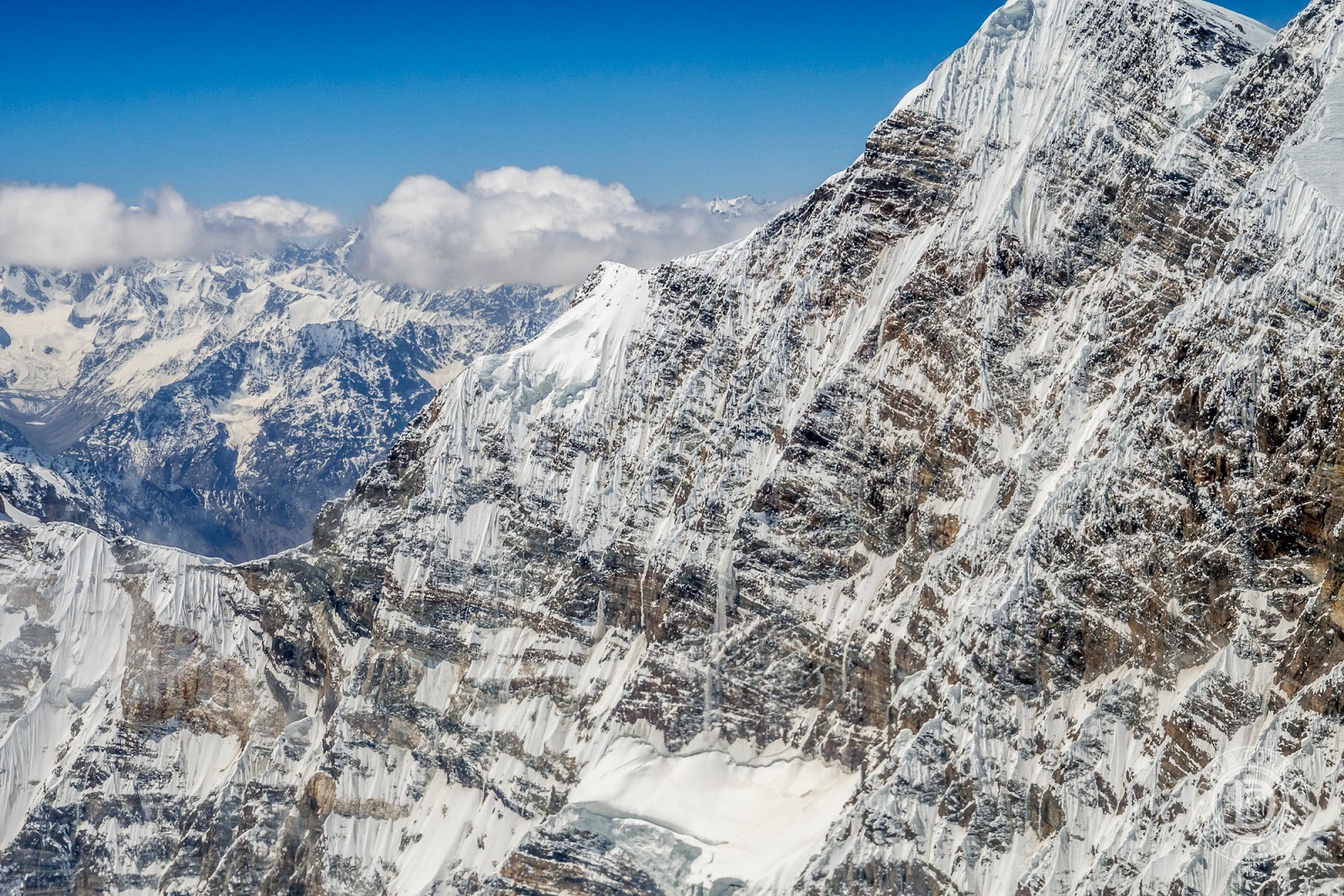 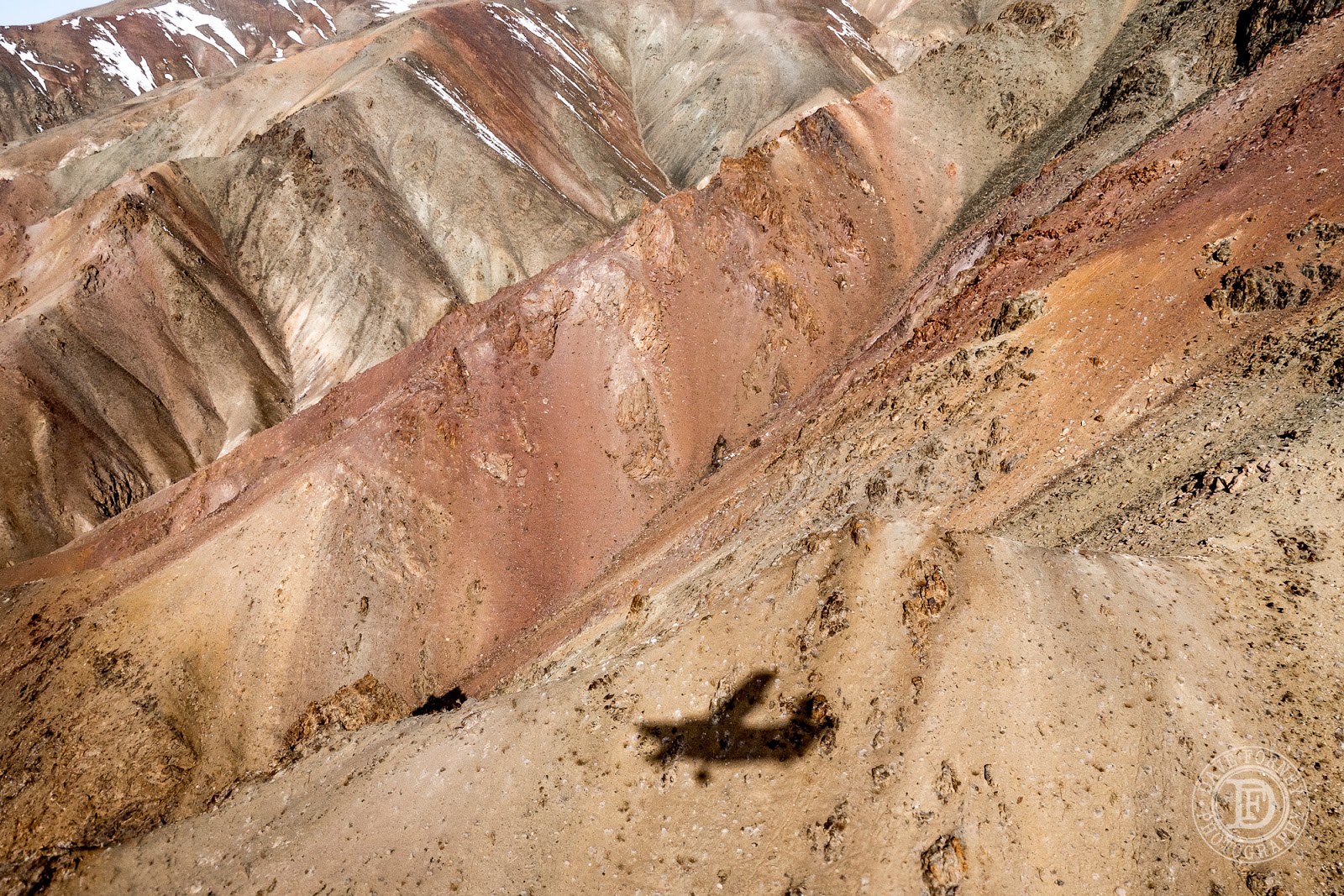 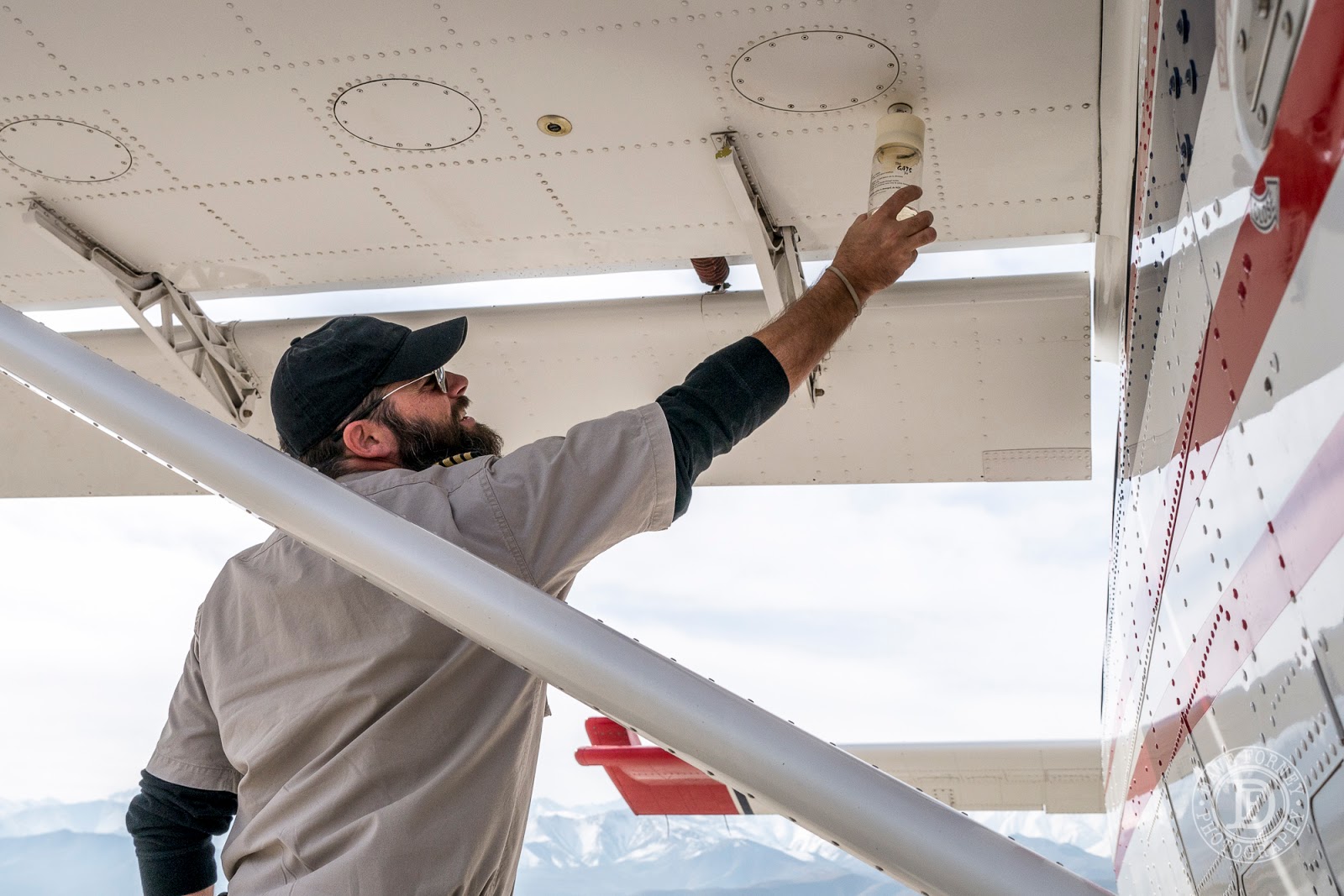 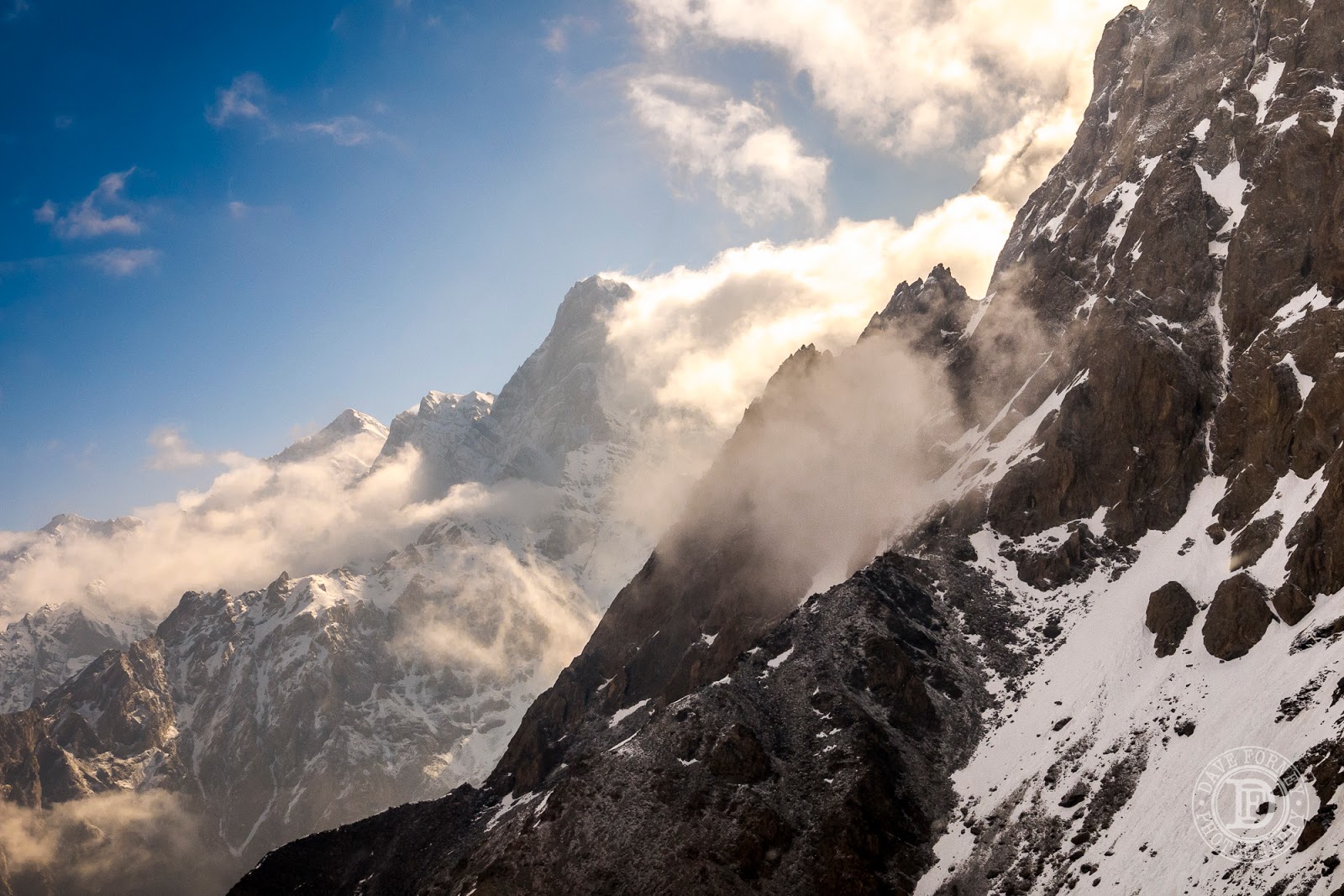