Shots from the Phone

Most people in the world probably take most of their photos using their mobile phones. I don't. But there are times when I don't have my real cameras with me, and so it's either the old iPhone or nothing. I rarely share those iPhone images, both because I am often not all that impressed with them, and also because they often have more to do with family life, or silly social stuff, than with the serious stuff. But recently as I was looking through some of the phone photos, it occurred to me that you might find them interesting, simply because you don't get to see that side of our family/life too often. So here they are, some from my phone, some from Joy's phone, and some from the phones of my passengers...

I'll start with a couple of flying related shots. Frequently I fly media teams who are coming here to capture (through film, photos, and words) the vital work/ministry of a particular organization. Recently, one of those professional photographers asked if he could snap a few portraits of me in and around the plane. I thought it was interesting, that although he was loaded down with pro camera gear, he opted to use his iPhone X to snap the two photos of me just below. To be clear, we had been specifically discussing the advancements in camera phone technology and the pros/cons of using phones for photos, vs real cameras, so he was trying to show me what his new iPhone X could do. 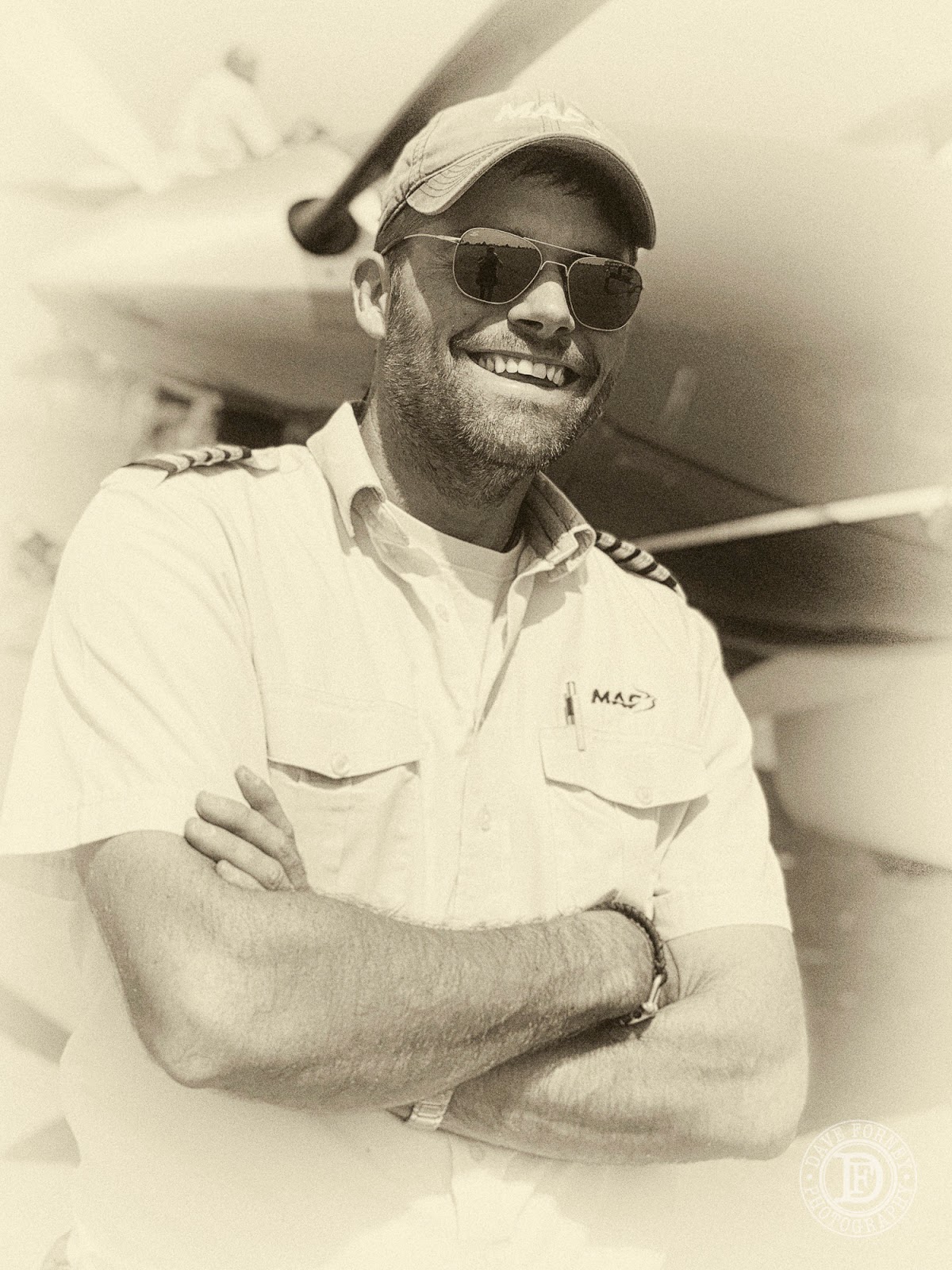 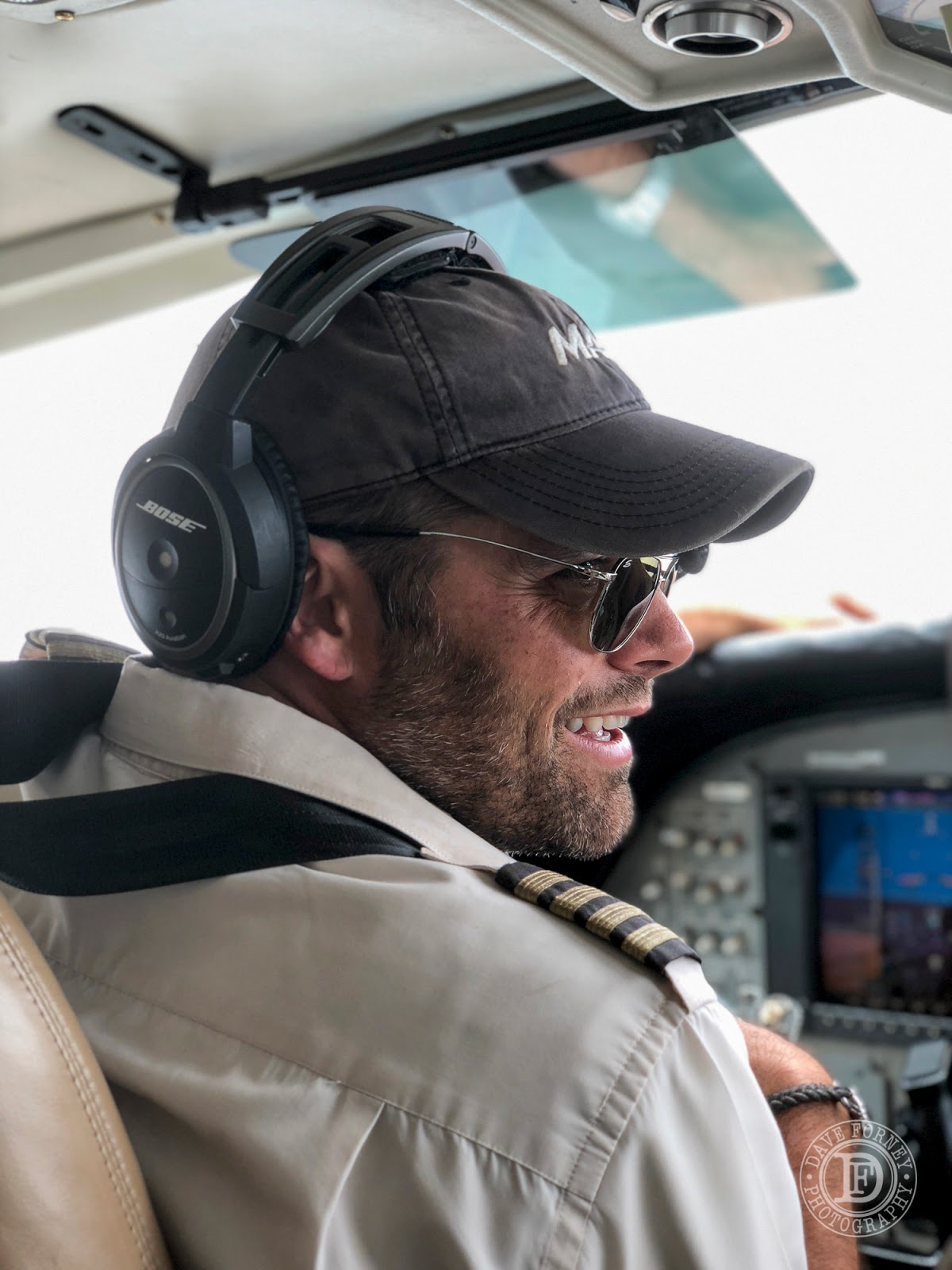 Here's a selfie (I'm not very good at these) I took with a South Sudanese boy, Marko, who dreams of one day becoming an MAF pilot. My good friend, Andrew, had previously given him this wooden model of an MAF plane that a guy had made here in Kampala. The next time I was up in his village, Marco asked me to take a photo of the two of us with his new plane. He's a great kid! Who knows, one day maybe we will be co-workers! :-) 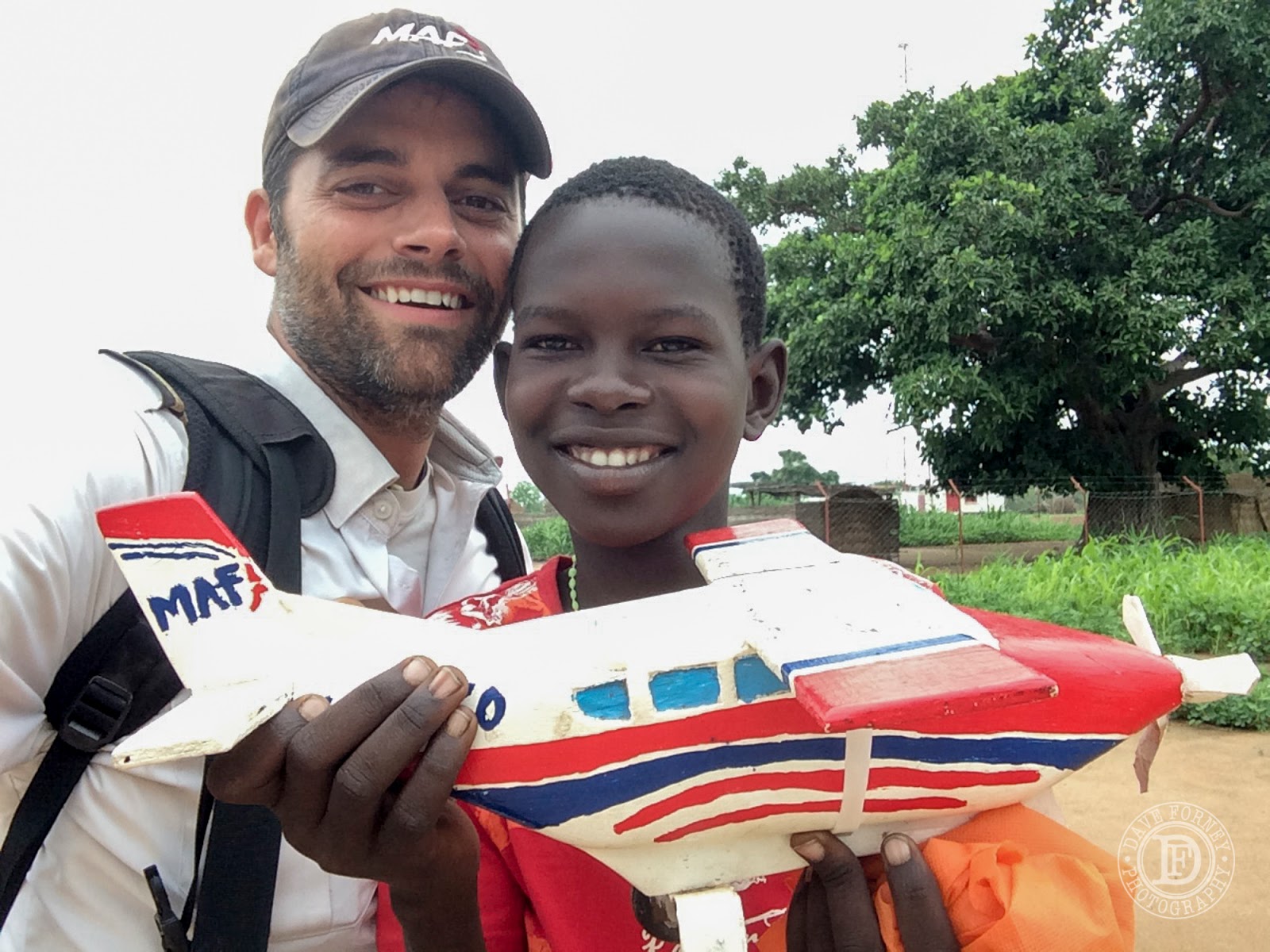 A few weeks ago Joy had at the opportunity to be one of the two speakers at a weekend women's conference. Dozens of women, both national and international, came from all over Uganda to be encouraged and challenged. I love that Joy is willing to be vulnerable and transparent in sharing with other women what God is teaching her. 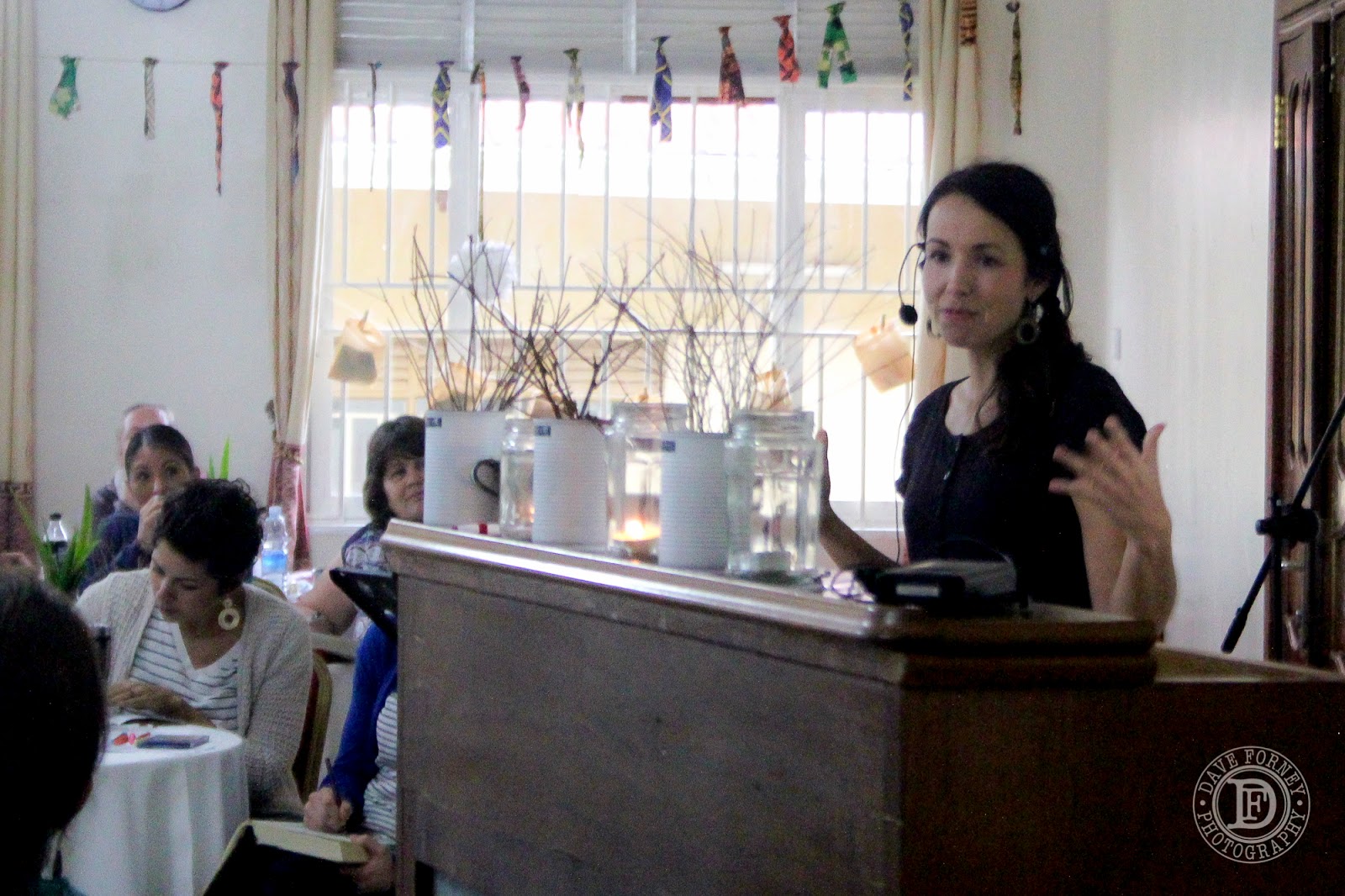 While Joy was gone at the conference, I was holding down the fort here in Kampala. Here's another selfie, this time of Sanyu and me making waffles for breakfast while Joy was gone. Sanyu (which mean's "Joy" in Luganda) is our little foster girl, who just recently turned two. She came to our home the week before Christmas. If you happen to get our news letters, Joy introduces Sanyu in the recent one that was just mailed out a week or so ago. 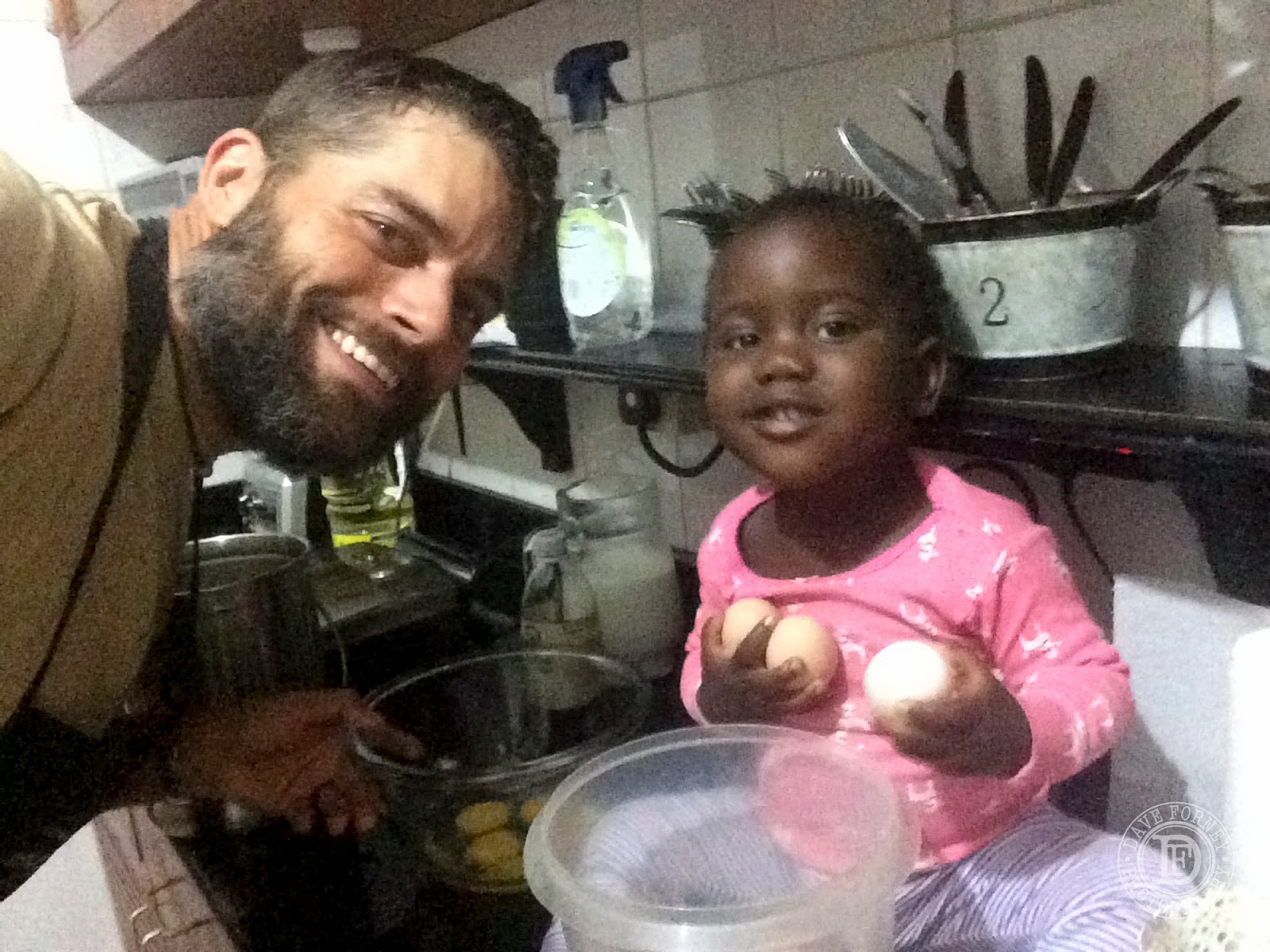 A month or so ago, Joy, Hannah, and Sanyu got to hang out with Ann Voskamp for a bit just before she flew out of the country after visiting some refugee settlements in Northern Uganda. Joy and Ann know each other from previously speaking at blogging conferences in the U.S., but it was fun for them to be able to meet and hangout briefly over on this side of the world. 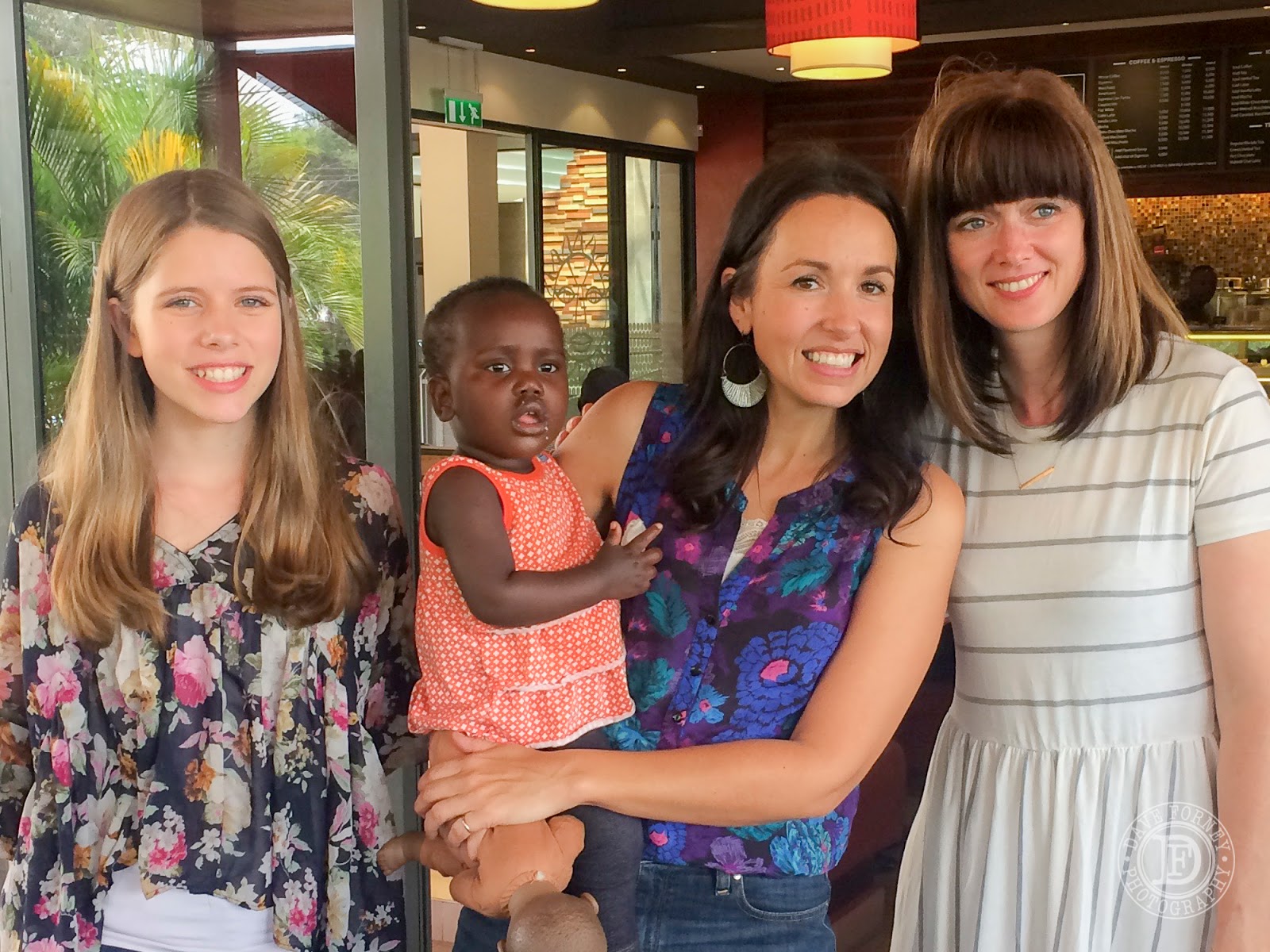 Traffic is really bad in Kampala. Fortunately, I rarely get stuck in it, because I mostly cruise around on my little Honda motorcycle. One of the other MAF wives snapped this photo of Joy and Sanyu and I, when we were popping up to the corner store. Don't worry, whenever we go beyond the few hundred meters from our house, we wear helmets! 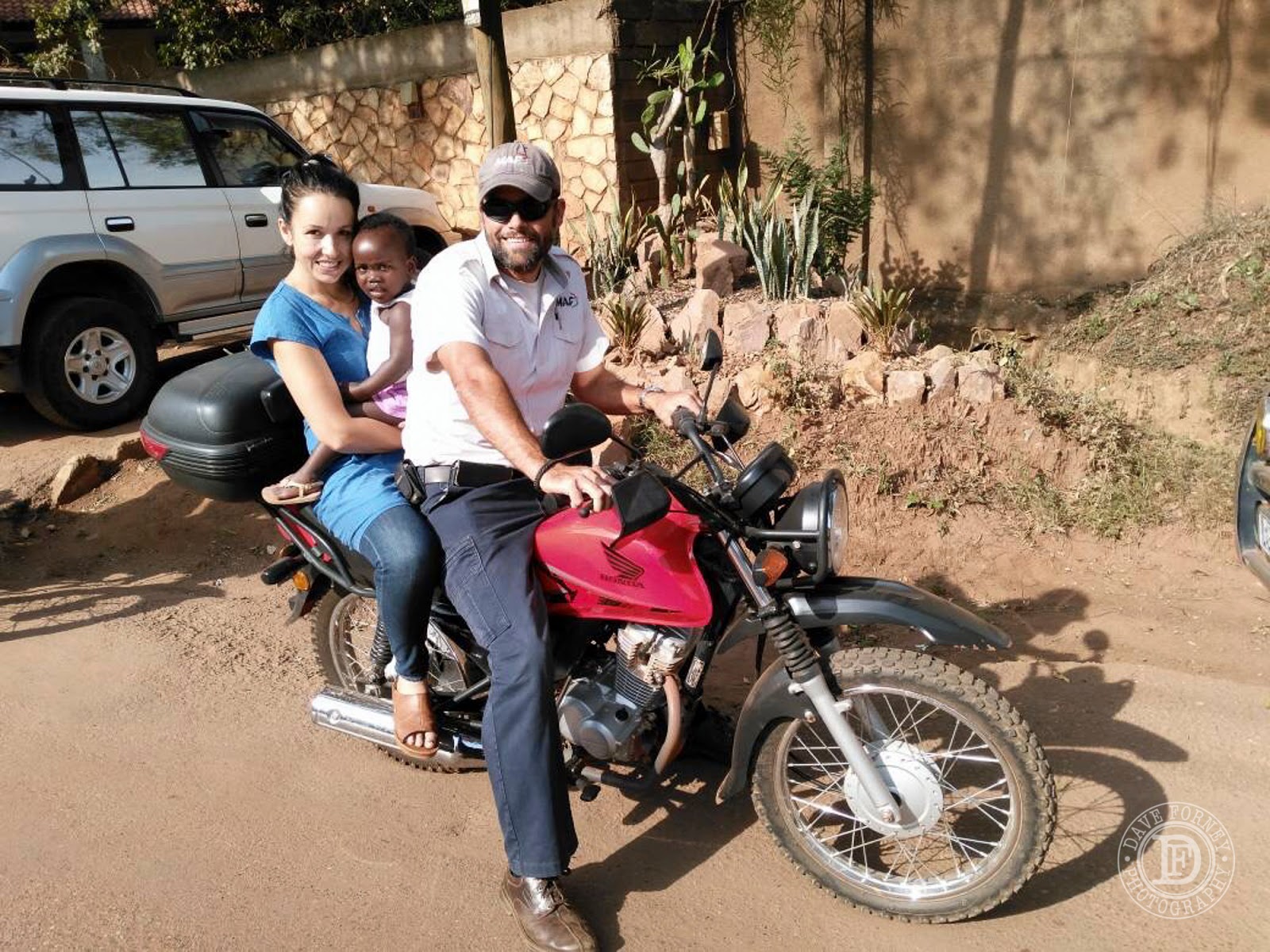 Speaking of the motorcycle, a few months ago a group of us guys took a morning bike ride over to Jinja, just for the fun of it. On the way back we joined up with a power line access road for about 20 kilometers, enjoying the beautiful ride through tea plantations, gardens, and forest. 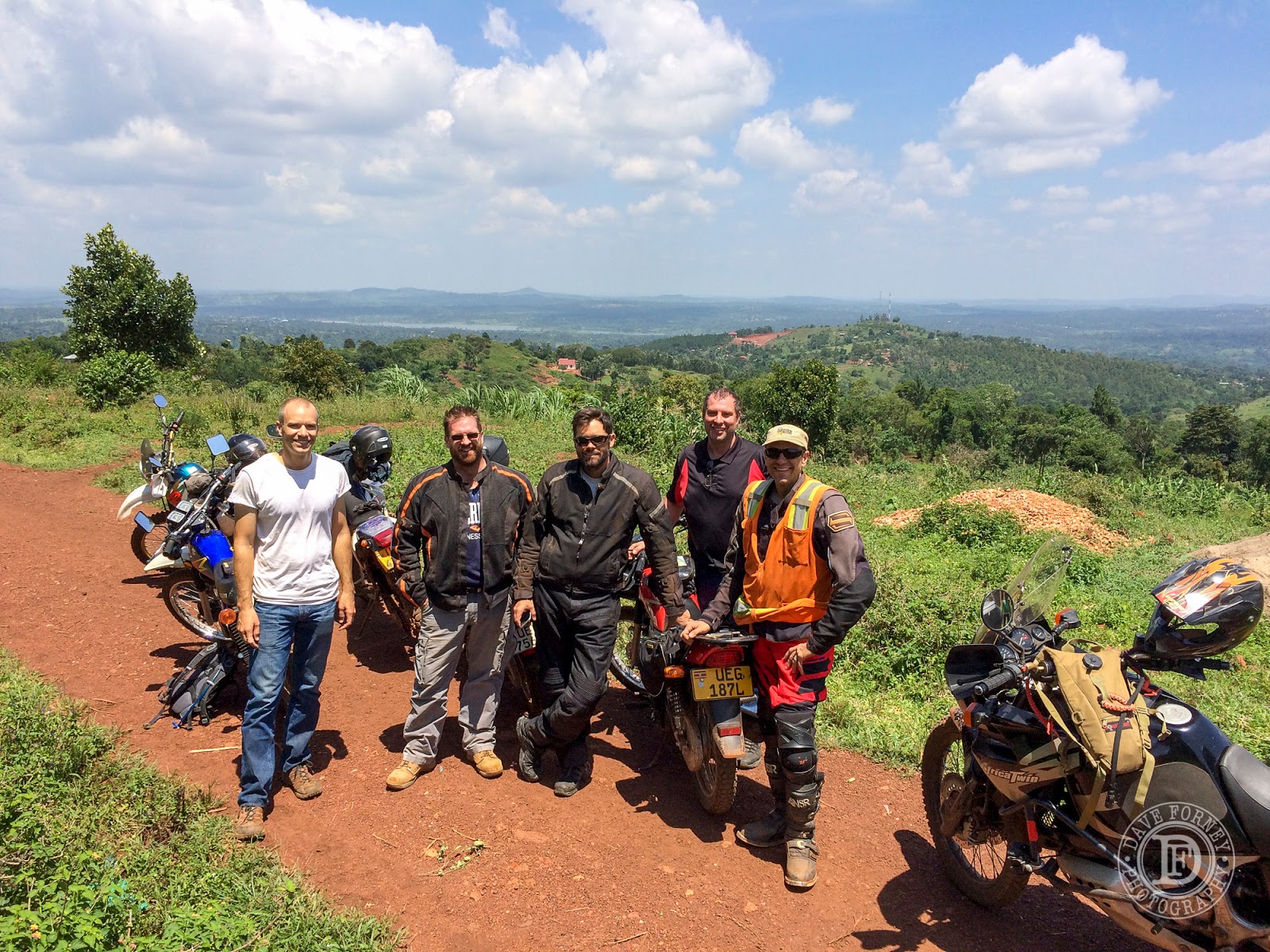 And continuing on the motorcycle theme, back in early December Joy and I grabbed a chance to take a weekend getaway without the kids (the first time in almost five years.) Believe it or not, we opted to ride the little 125cc Honda all the way up to Murchison National Park, several hundred kilometers away. 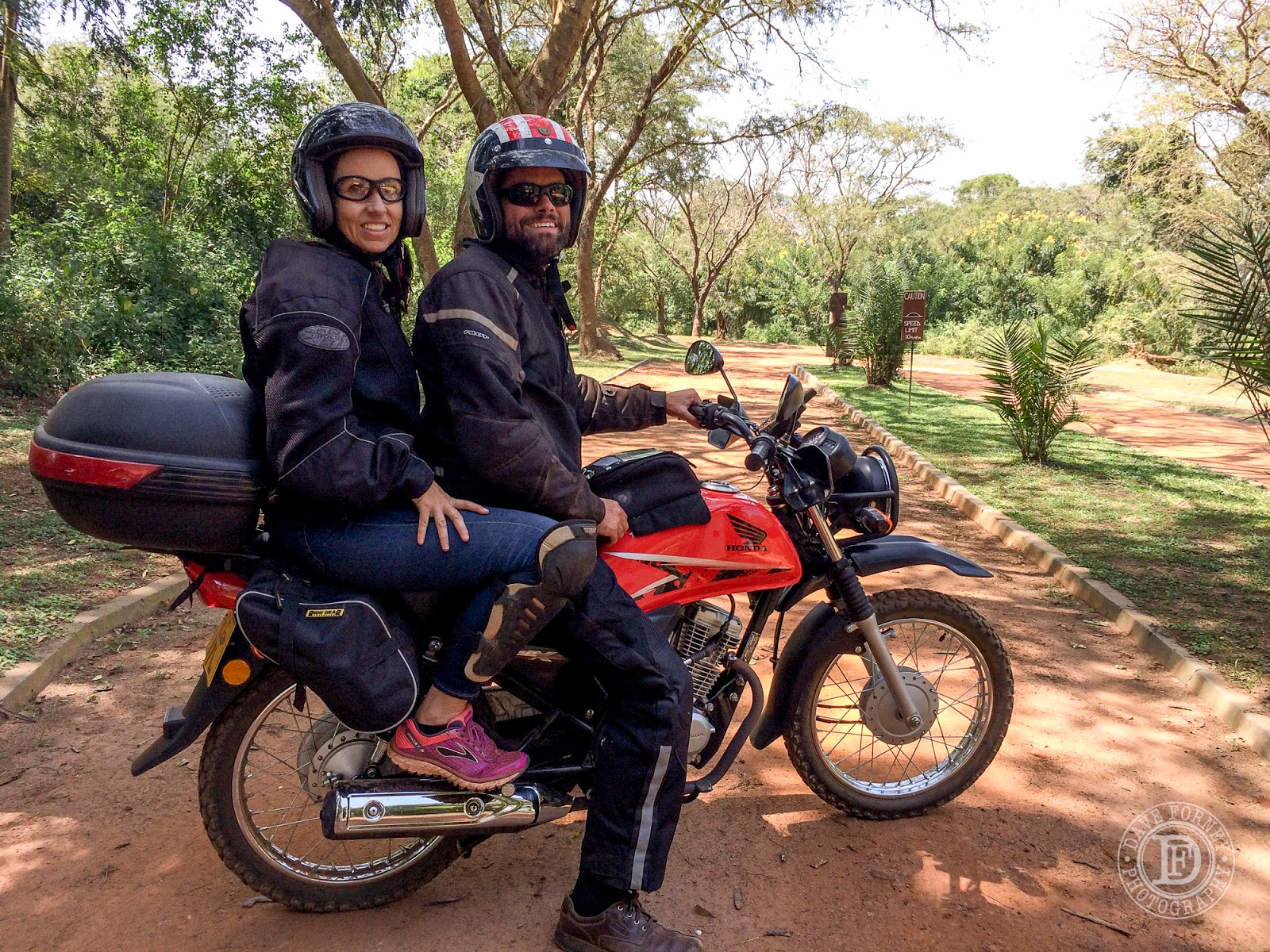 Can you see the giraffe in the background, just above my helmet? 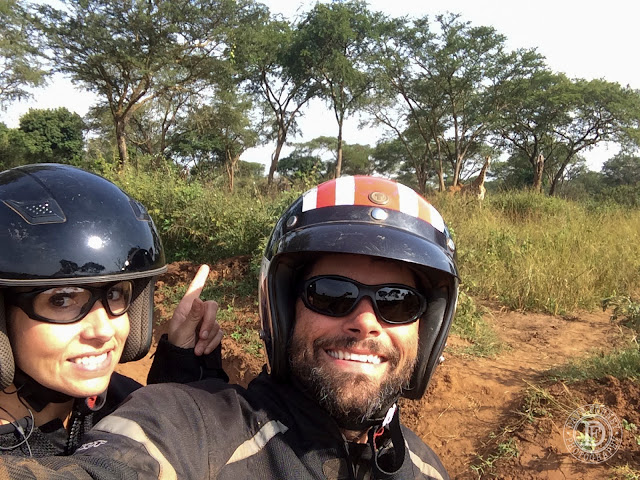 This is where camera phones definitely don't compare... in low light and/or high dynamic range situations. But still, as there wasn't room to bring  a real camera along on my motorcycle, the only camera I had with me was the one in my old iPhone. And as they say, the best camera is the one you have with you... so here's a selfie we took as the sun was setting over the Nile. 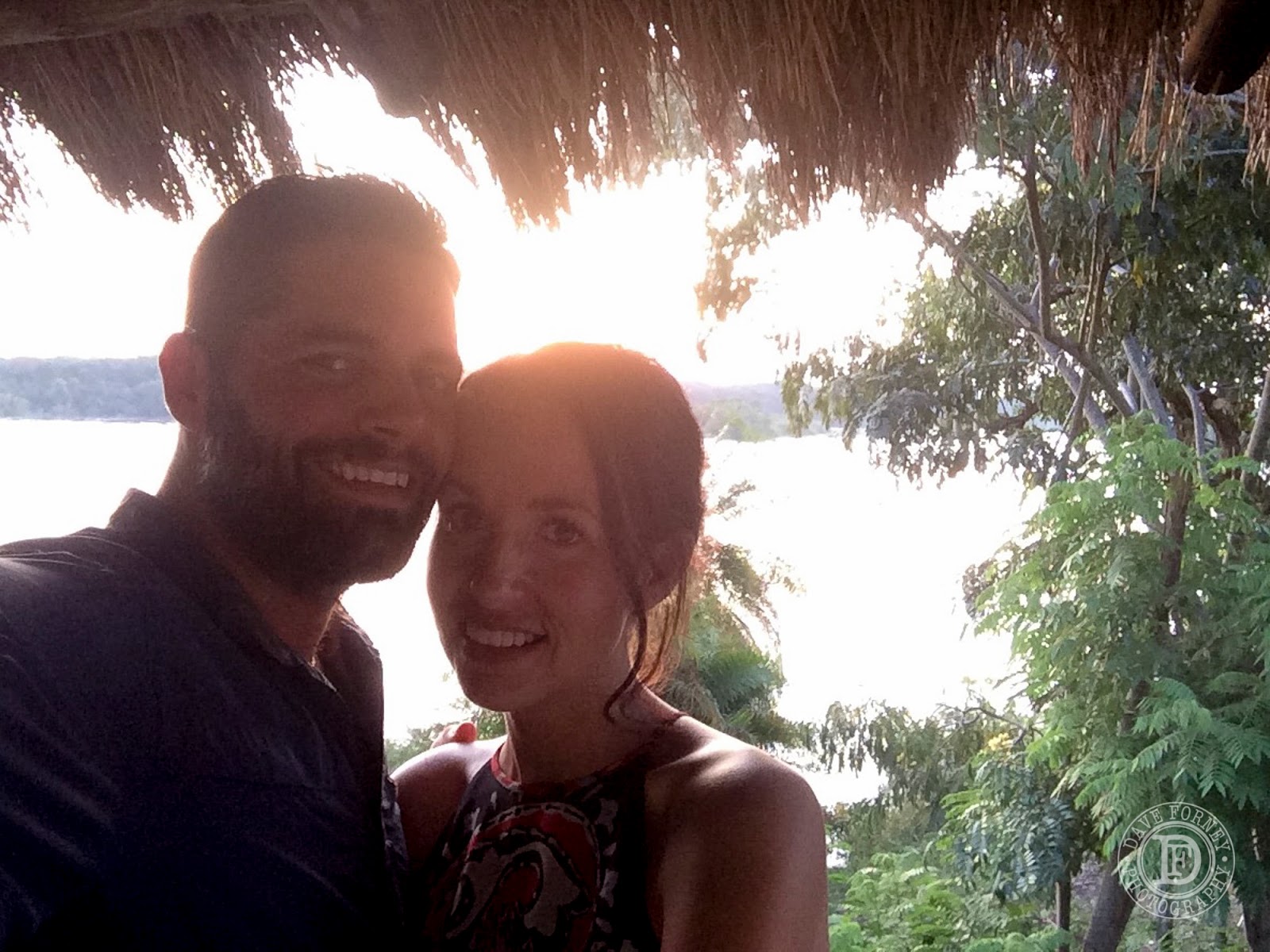 Speaking of the Nile, recently I took just the two older boys, Britton and Hudson, camping on the Nile up at Murchison National Park.  Both boys had requested, last summer for their b-days, that instead of typical presents, that they would instead be able to go to the Ziwa Rhino Sanctuary (the only place in Uganda where you can see Rhino's in a 'wild' setting--a vast, fenced area where they are raising Rhinos under 24 hour armed guard, with the hopes of soon re-introducing them into the wild.) We decided to postpone that trip until dry season, so there would be less crowds, and also because the wildlife viewing tends to be better when animals are forced to congregate around watering holes. After an amazing trip to the rhino sanctuary, we then continued up to Murchison, where we had an amazing time camping for the next two nights. Perhaps, if you wish, I could share with you some photos of a few of the awesome things we saw/did while there. But since this is a post focusing exclusively on cell phone photos, then I have to stick only to the phone shots for now, which limits it to this one, showing the very large lag bolt that punctured our tyre shortly after entering Murchison park. Here we are at the park vehicle repair place, waiting to use their equipment so we could repair the tyre. 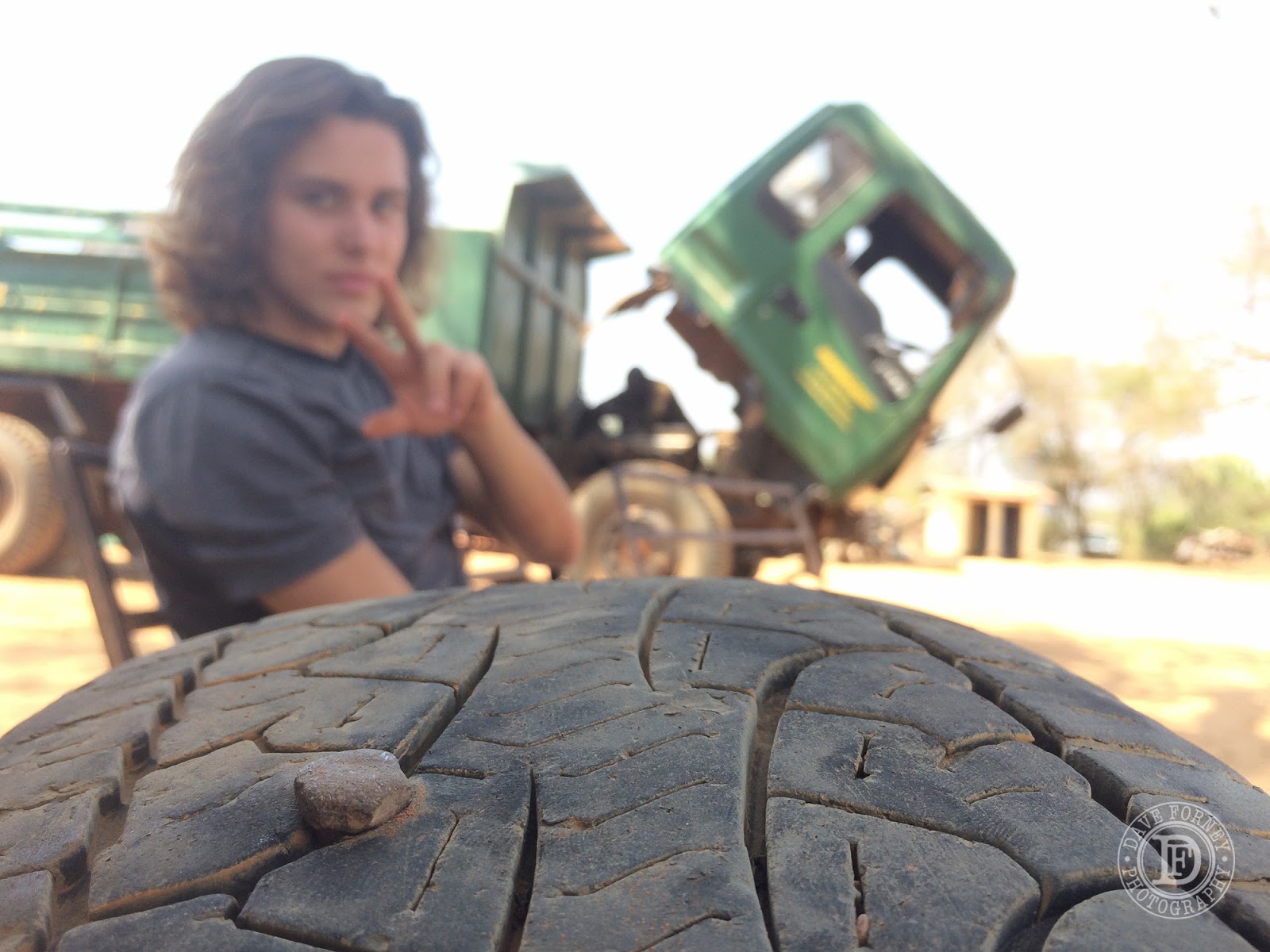 I'll leave you with this (disturbing) image, which was taken at a costume b-day party for a friend of ours. All of the gals were supposed to show up wearing a wig of some kind, so yes, that's a wig on Joy.  She looks as good as I do bad. Here's the explanation... the guys were supposed to come sporting a mustache. Most guys simply applied a fake mustache, either with a marker or makeup, or using temporary adhesive. A few guys grew a week's worth of facial hair and then shaved all but the mustache, so they were quite legit. However, my problem is that I currently have a pretty hefty beard, and I didn't want to shave it off quite yet (that's another story for another time.)  The only solution we could come up with was to print a photo of my face, sporting a previous mustache, and then to wear that face as a mask. I've had a beard several times over the past 18 months, and each time when I shave it off the kids are always trying to get me to shave it off in stages, so they can see me with a Fu Manchu, goatee, mustache, etc. They think that it's hilarious. Joy doesn't. Well, this was without a doubt the worst one--the toothbrush mustache--but it's the one that made them (the kids) laugh (and cry) the most. It's also the one they begged me to wear to the costume party. Yeah, I think it freaked a lot of people out--including Joy and me. haha. 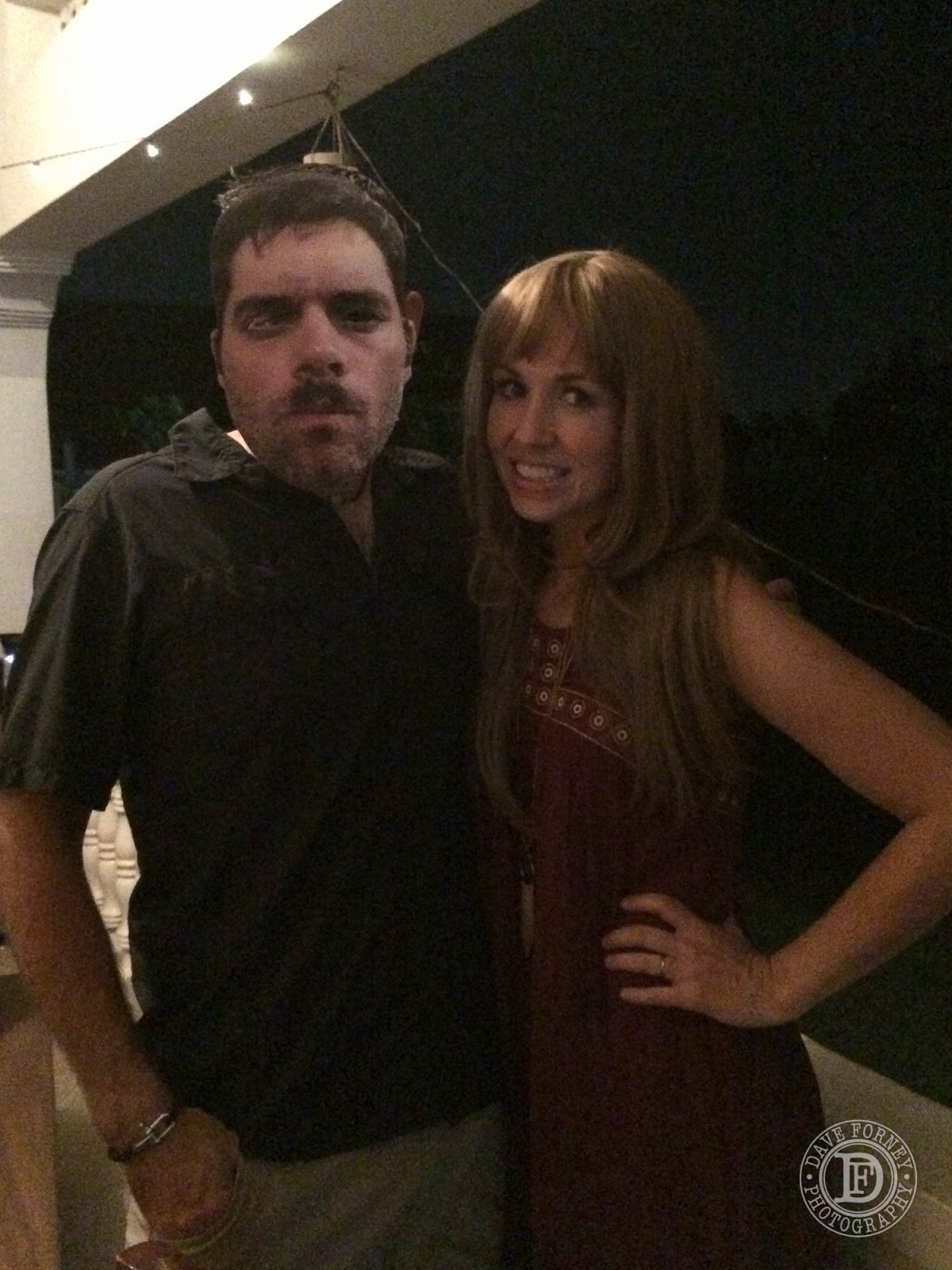 As you can see, although life/ministry is very busy over here, we also find time to squeeze in a lot of fun too. I hope you enjoyed the shots from the phone. :-)
Posted by Dave at 9:23 AM 2 comments: