Our Summer Plans up in the Air... And a Motorcycle Adventure from Late Last Year

I mentioned in a recent letter that we sent to many of you, that you should check this blog for the latest updates regarding our plans to be in the U.S. briefly this summer. Well, as you can imagine, those plans are totally muddled right now because of all the Covid-19 related travel restrictions, both here in Uganda, and around the world. What is clear is that our plans will not pan out as we had originally intended (we would have been leaving for the U.S. this weekend, but everything is still closed here.) So for the time being we are stuck here. When we know more, we'll let you know. 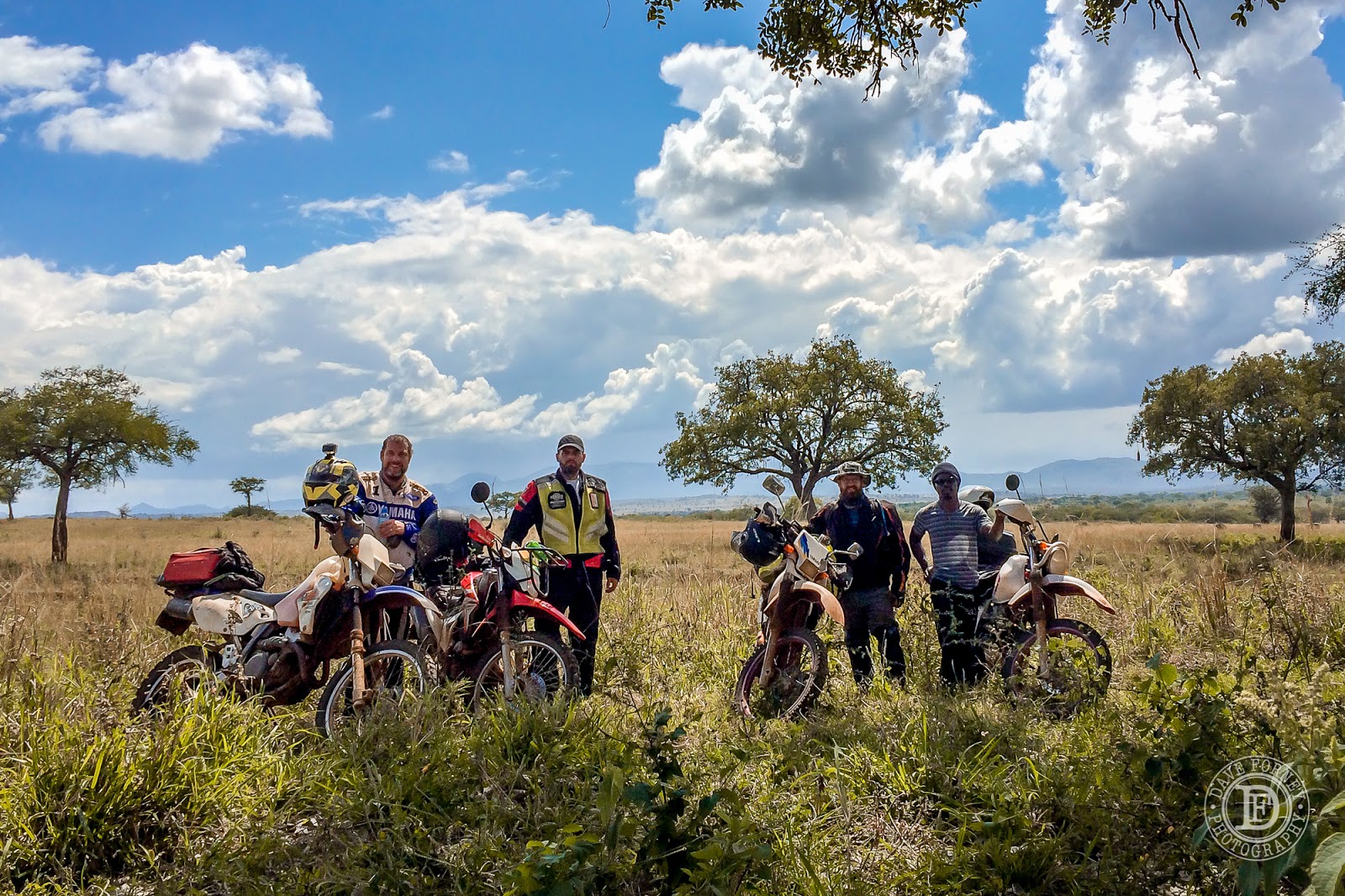 In the meantime, I thought I'd share some fun photos from a little motorcycle adventure I did with some friends a few months ago (seems like a lifetime ago) back in early December. Motorcycles are a great way to decompress in my opinion (so long as you don't get knocked off by a drunk driver and subsequently run-over by a Landcruiser, in which case you can become quite literally 'decompressed'.) You get to enjoy the open road (which can be tough to find in much of Uganda), feel the wind and sun on your face, and feel like you are a part of the world around you, rather than staring at it through the tinted glass of a car window. Plus, motorcycles are very cheap to operate here. Mine only sips about 1 liter of fuel for every 30-40 km. We had 4 guys on this trip... (above, from right to left) one each from Uganda, Scotland, the U.S., and Canada. 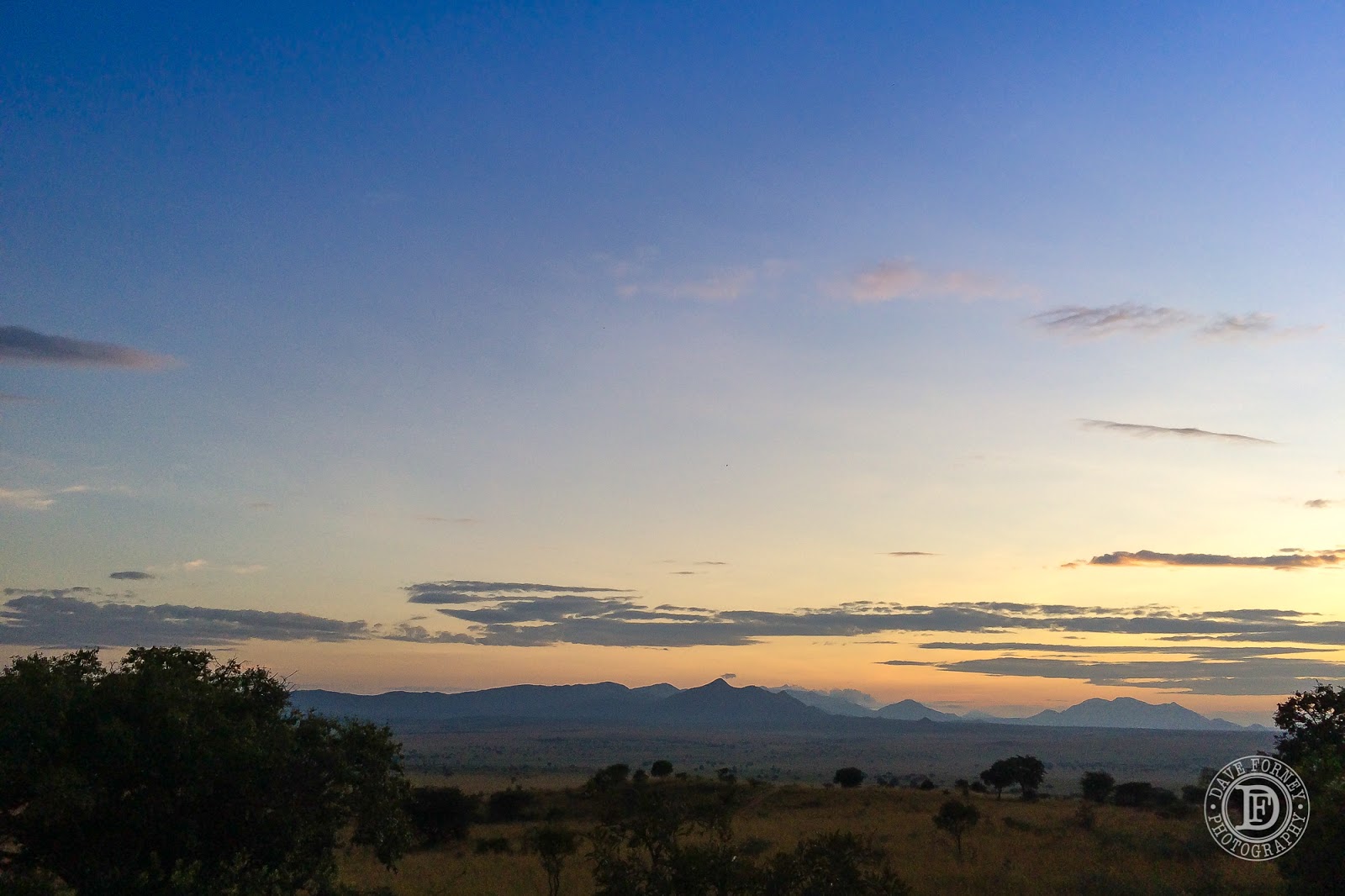 We took a 4-day weekend to ride to the far northeastern part of the country, which is one of my favorite parts of Uganda as far as scenery goes. The wide open vistas remind me of the American west and southwest. I love the huge skies and mountains and grasslands and acacias. And the animals... see the elephant in the background of the picture below? 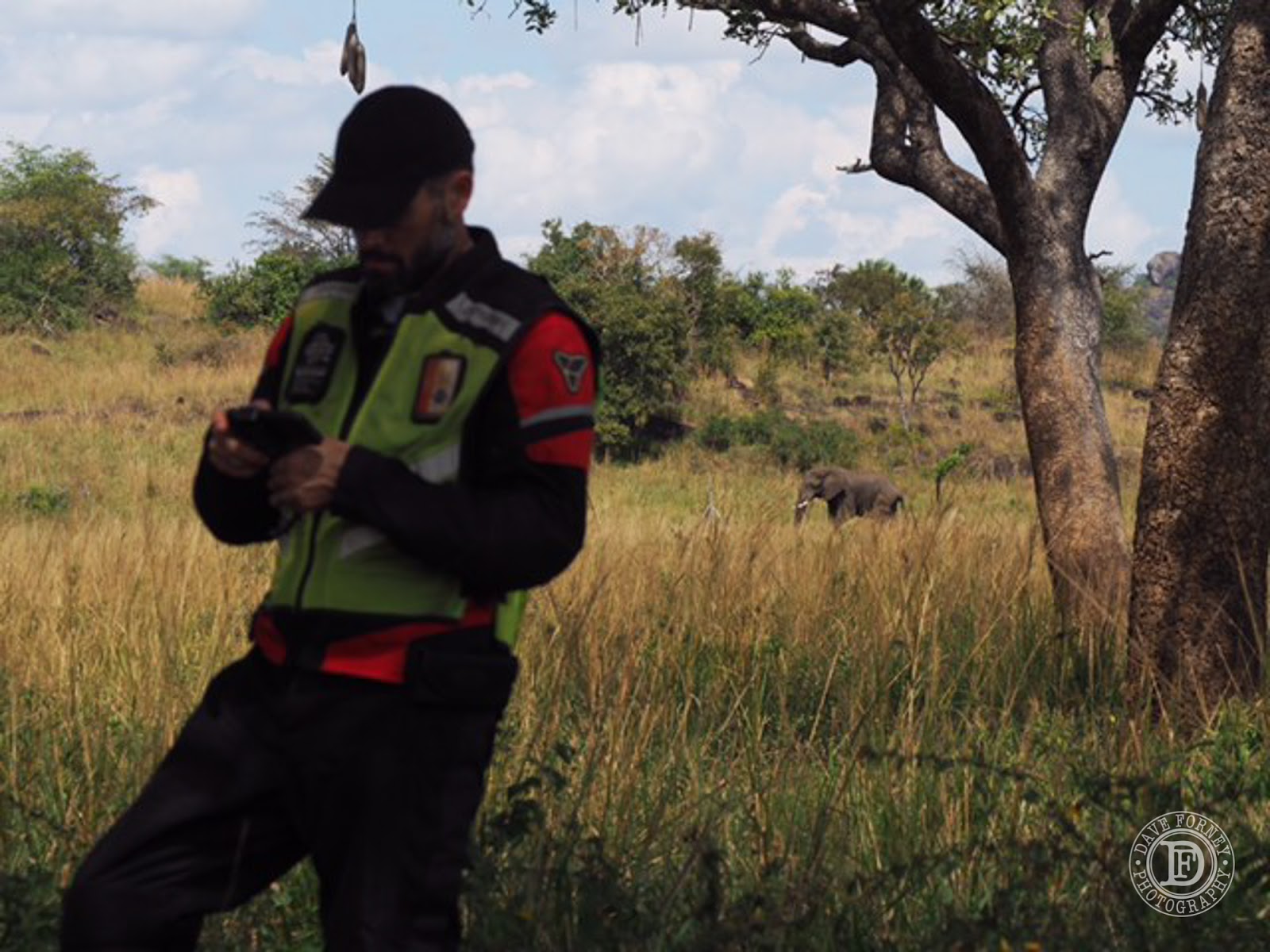 Of course, when you have a group of dudes itching for adventure, riding smaller bikes designed for 'off-road', you sort of seek out the rougher, muddier trails, just for fun. 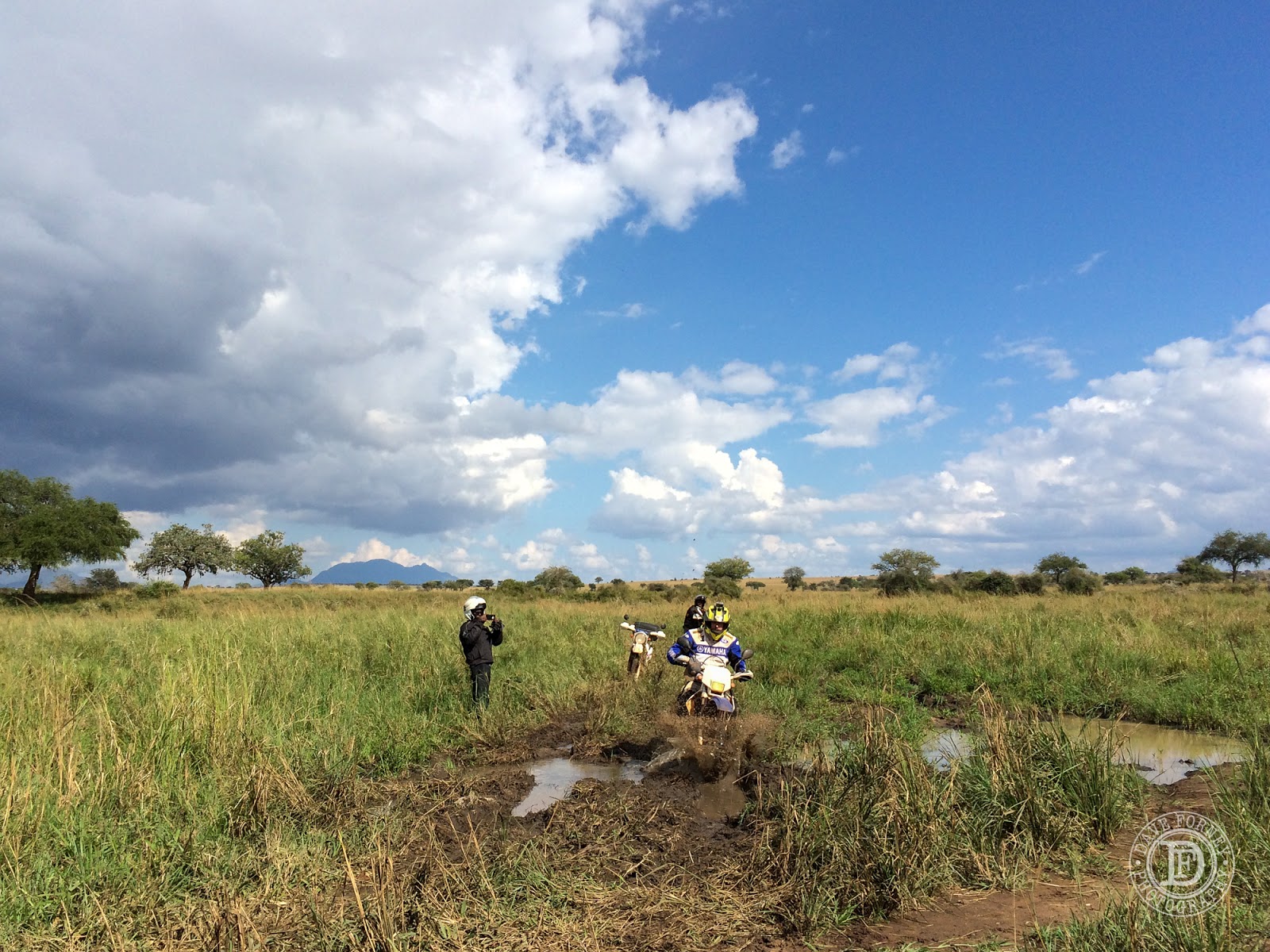 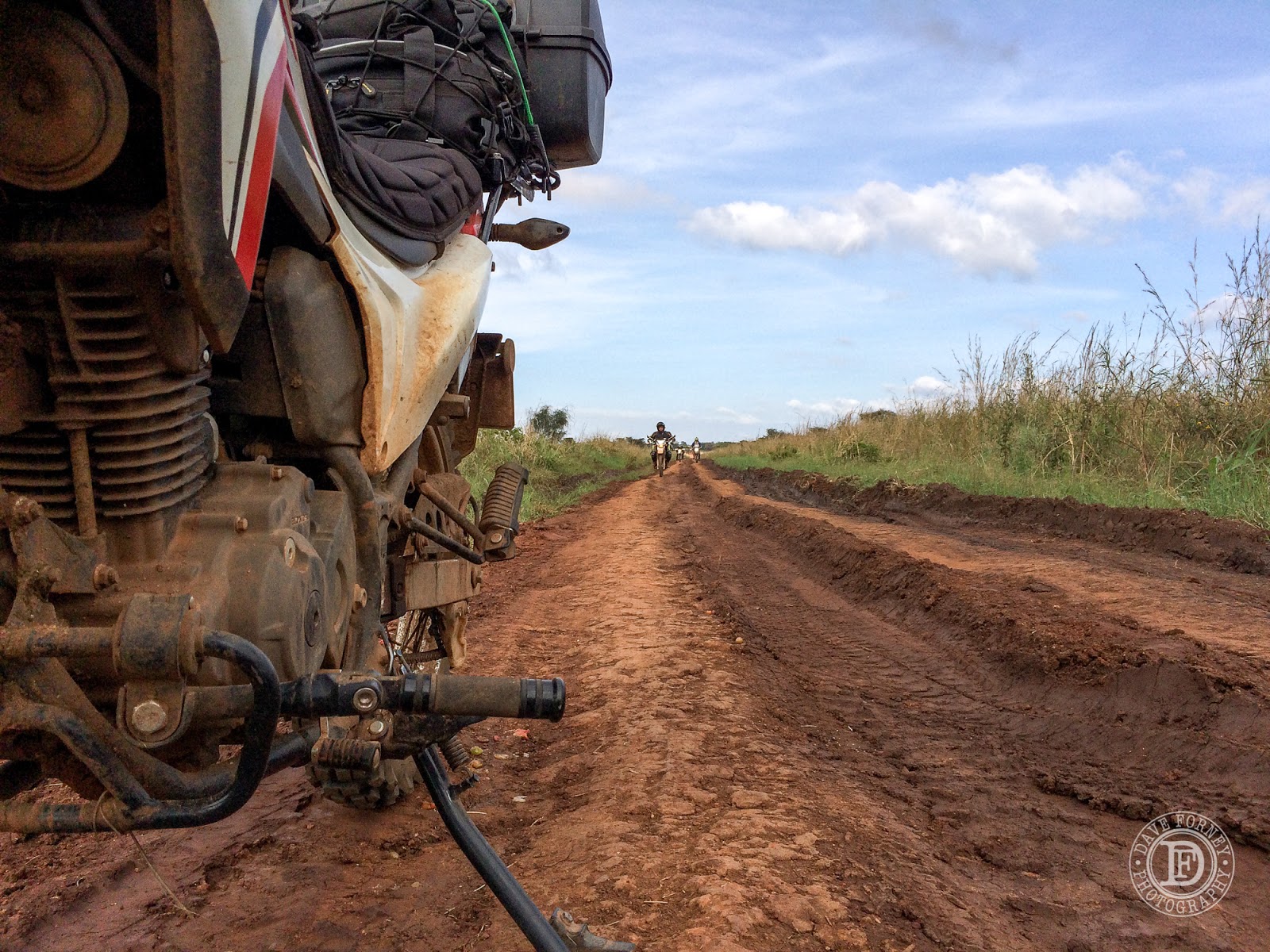 On our way back to Kampala we took two days to ride through Karamoja, in eastern Uganda. Below is a very typical scene in that part of the country--absolutely beautiful in my opinion. Please pray for the people of Karamoja. Not only are they dealing with all the hardships of the Covid-19 lock-down and loss of income (very difficult for people who live hand-to-mouth day to day) like so many others here in Uganda right now, but on top of that they have been dealing with extreme weather swings, from droughts to flash floods (depending on the area) and even massive locust swarms that are threatening their crops. It's a tough place to live! 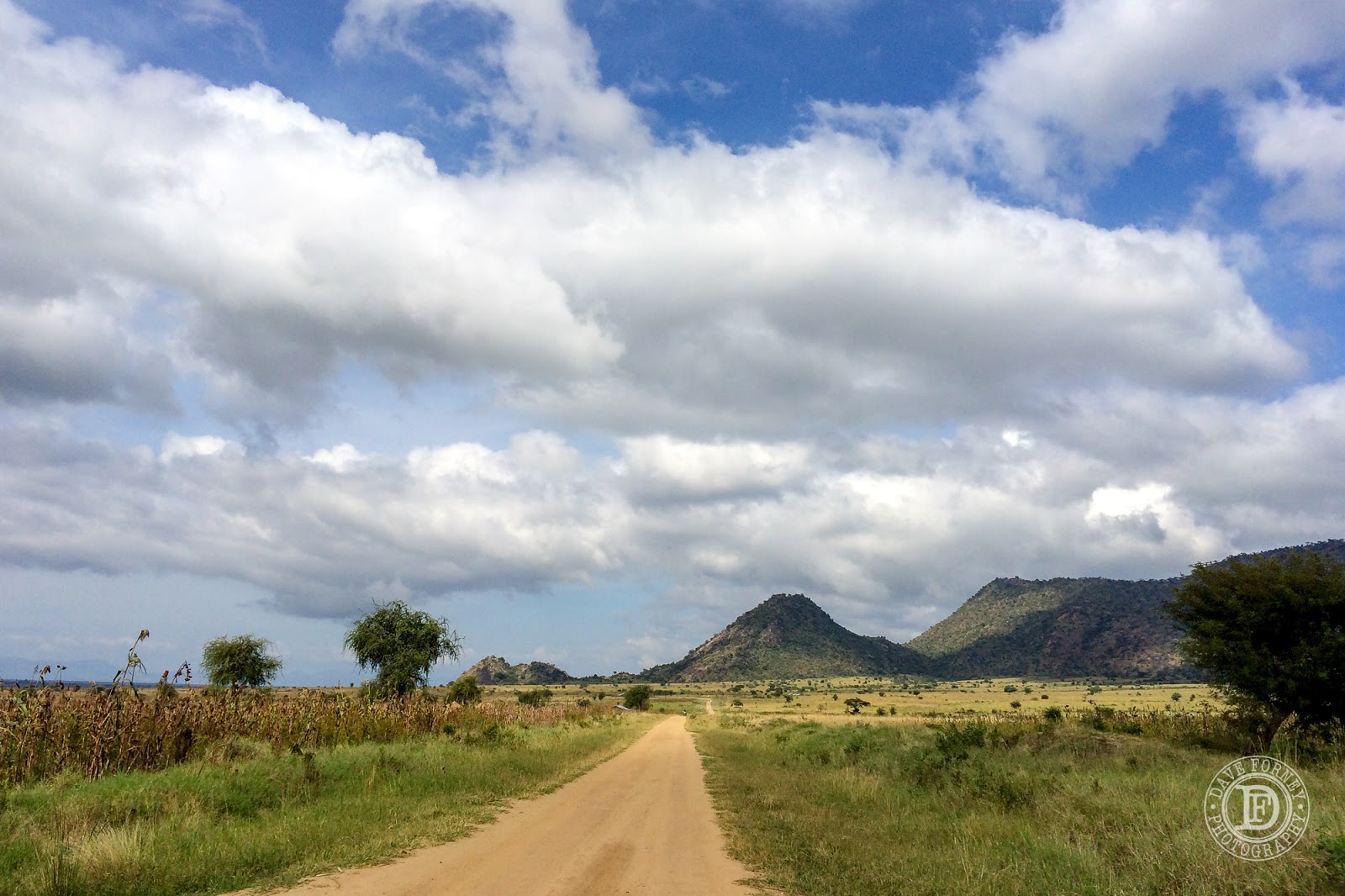 Of course, one of the 'fun' things about a long motorcycle ride like this (we clocked 600km or more on unimproved roads and trails) is the inevitable breakdowns. This one, below, was just a simple flat tire (one of several on the trip), which ironically happened shortly after we reconnected with the modern, paved roads after two days of rough stuff. 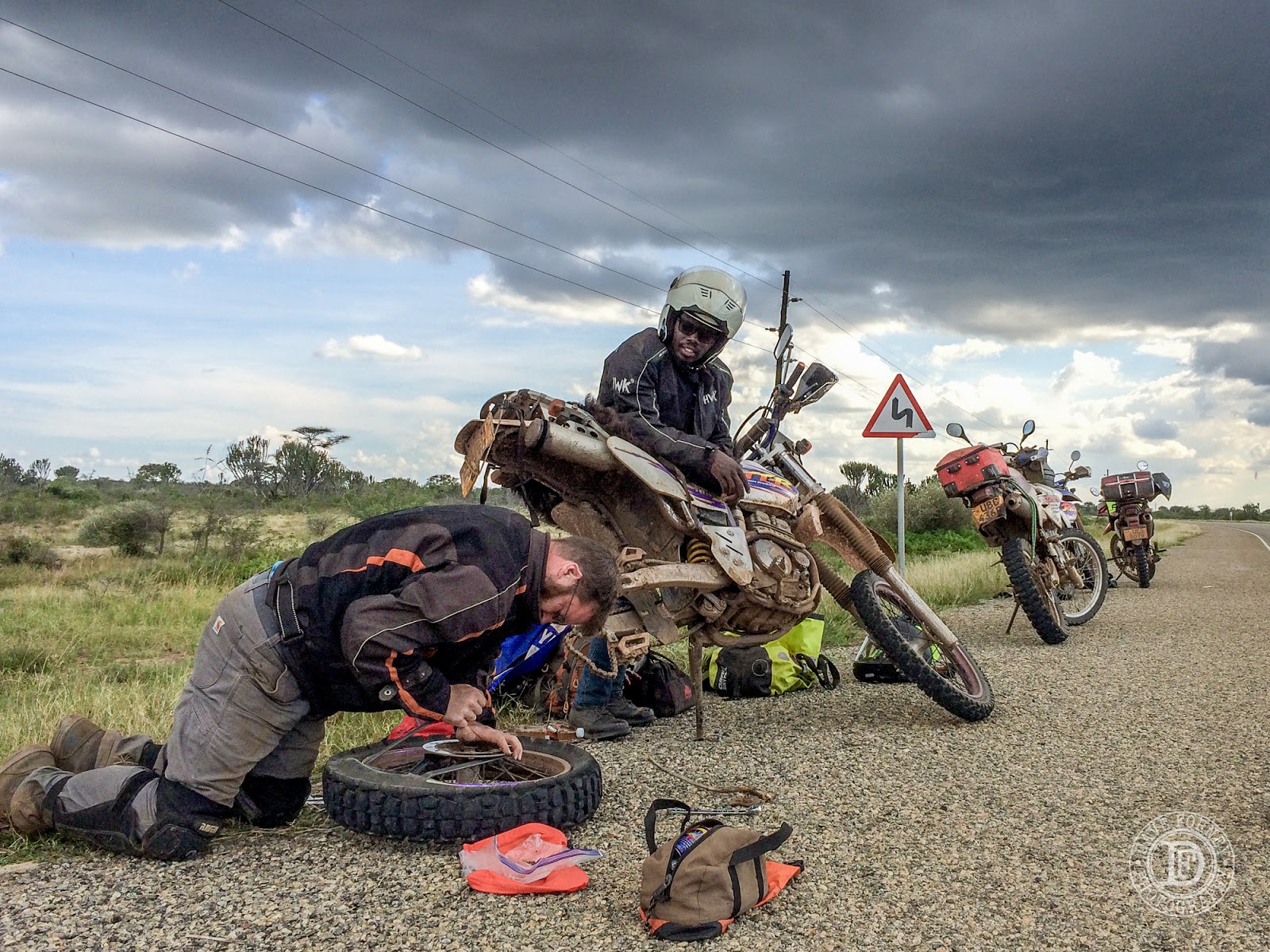 This one, below, was a bit more serious. Despite having two aircraft engineers (well, three if you count me, but I don't really work on the 'fixing' of the planes anymore, so I don't really count) with us, and a lot of motorcycle repair experience among us, we were never able to get the bike going again. It just suddenly decided to quit running and that was that. We worked for hours, and had some local guys trying to help (who work on the local variety of street bikes) but all to no avail. Eventually, well after dark, we loaded the bike in a passing truck and our Ugandan friend went with his bike to the next town, where they were able to repair his bike a few days later. 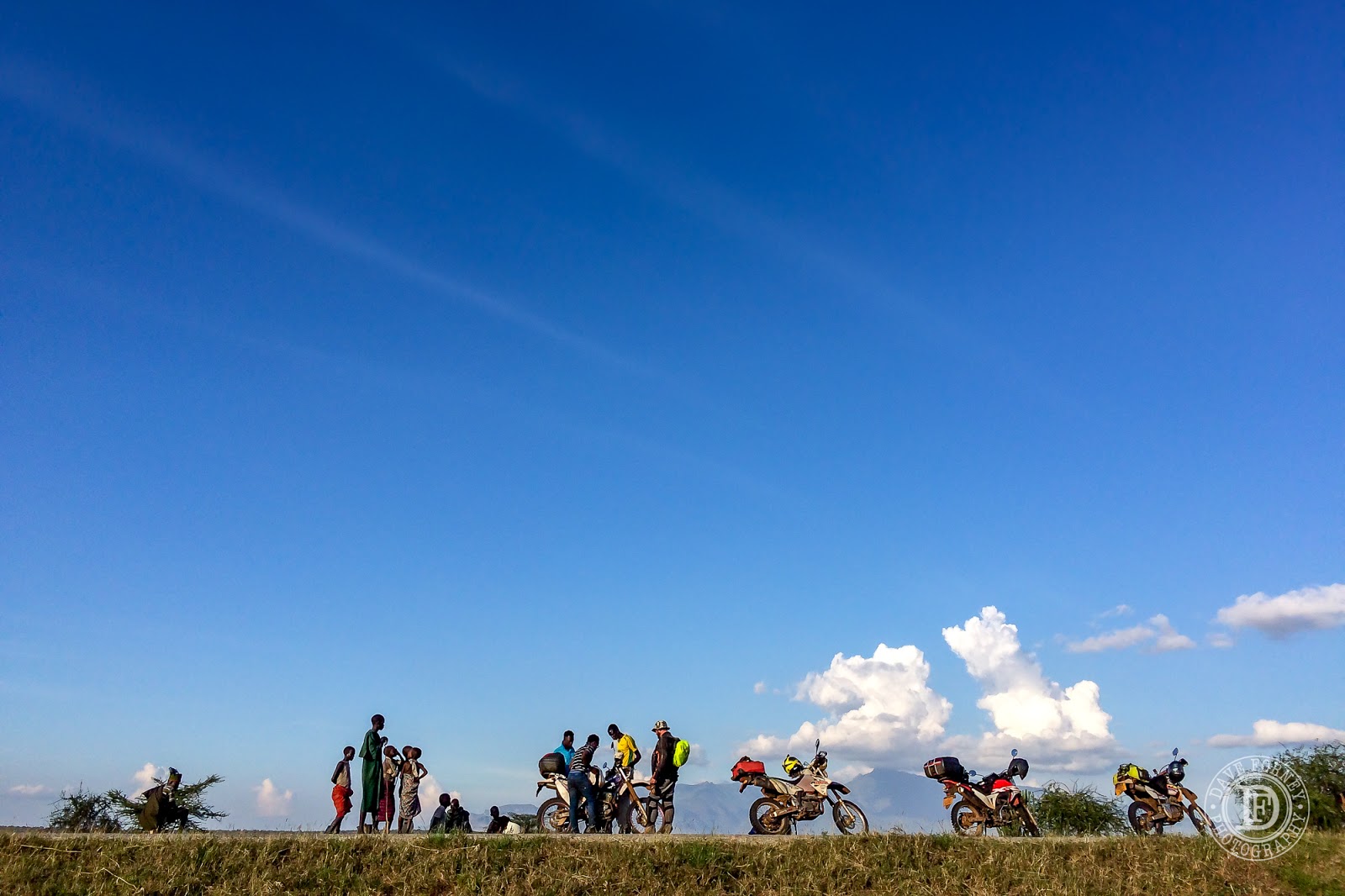 This was the sunset we enjoyed as we worked on the bike. It was a classic Karamojang sunset. However, it was a bit of a mixed blessing, because as we watched the sun set, we knew that we were in for some really hard riding in the dark. The three of us who had to continue, still had a LOT of riding to do before we could stop for the night (we had to be back in Kampala by the following day so we could be at work the day after). Our stopping point was on the far side of one of the worst/notorious long sections of road in the country. And to make matters worse, a huge thunderstorm came through just after dark and absolutely soaked that entire area. We started riding again about 9 p.m. and didn't arrive at our destination until about 2 a.m., utterly exhausted and covered in mud from head to toe. (We had started riding the previous morning at about 8 a.m.--a very long day, but still fun!) 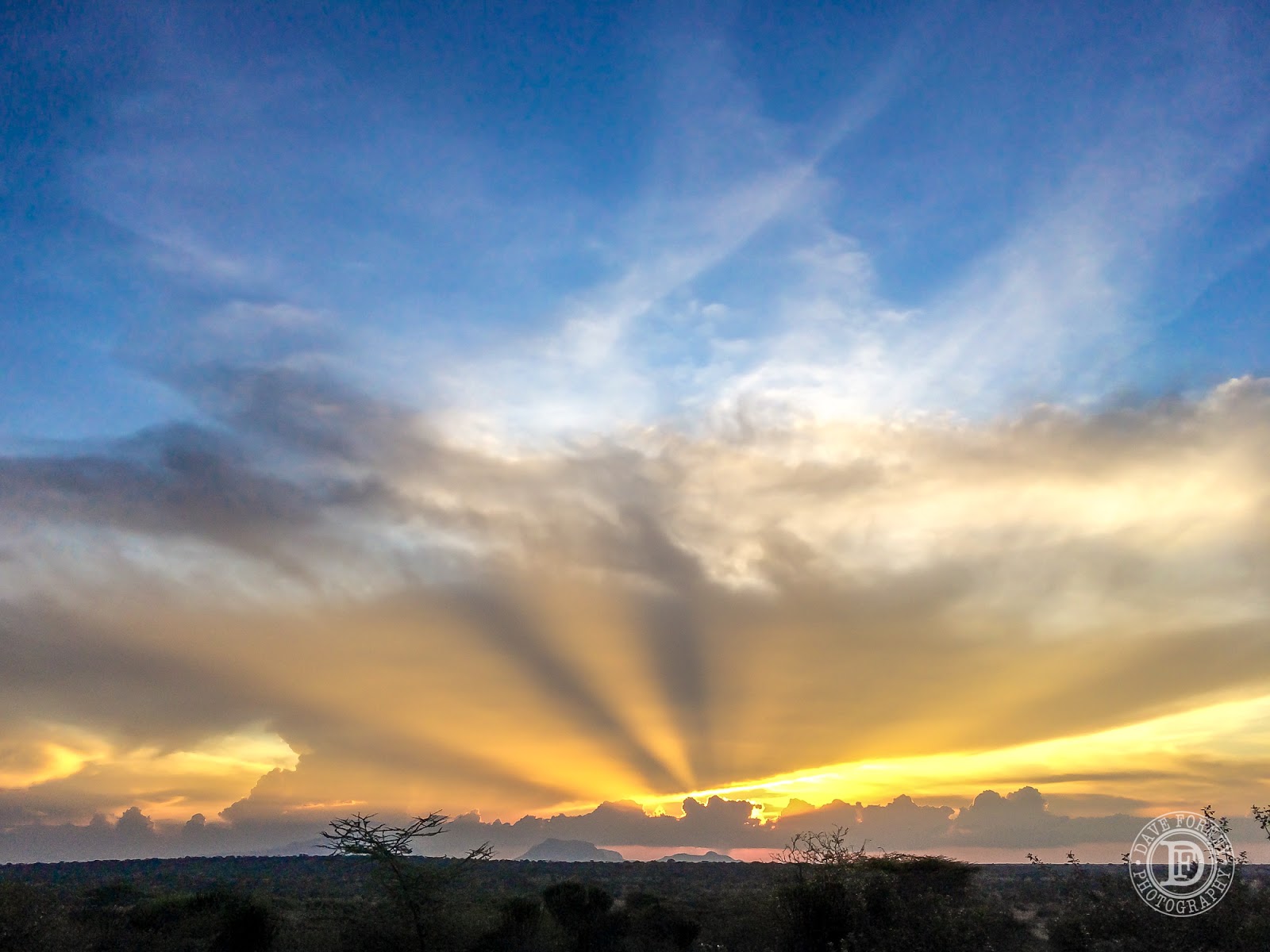 The next morning (or more specifically a few hours later that same morning) we woke up to this view, below, of Sipi falls, which you can see in the distance on the right side of the picture. We only had a few minutes to enjoy it before the early morning fog rolled in off of Mount Elgon, and totally enveloped us. From there we rode the rest of the way back to Kampala, and back into the choking dust and city traffic, refreshed (sort of... but at least with a good adventure fix under our belts) and ready to start a new week of flying and wrenching for MAF the next day. 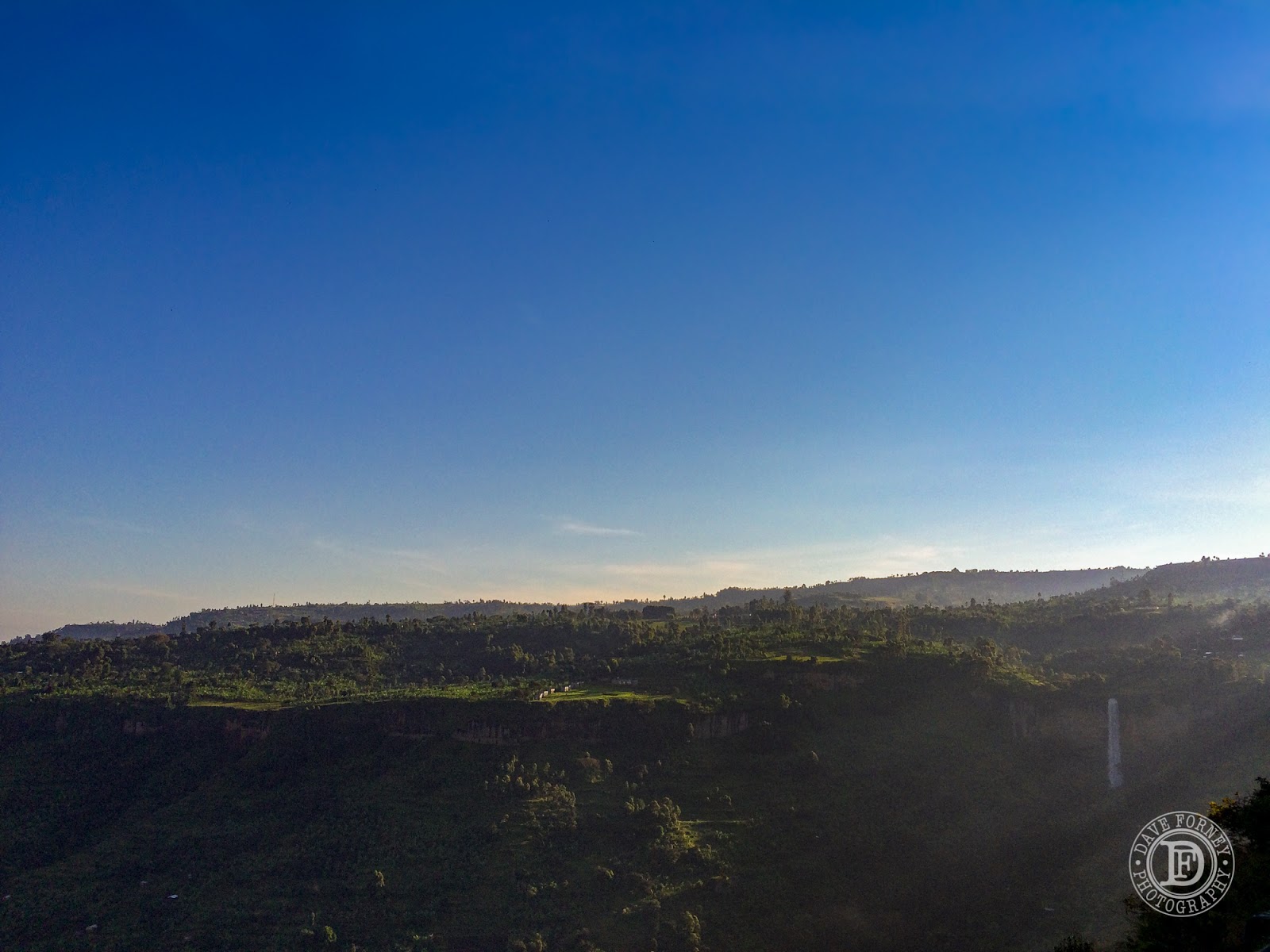 Here's a final parting group shot, taken somewhere near Kotido, in the heart of Karamoja. 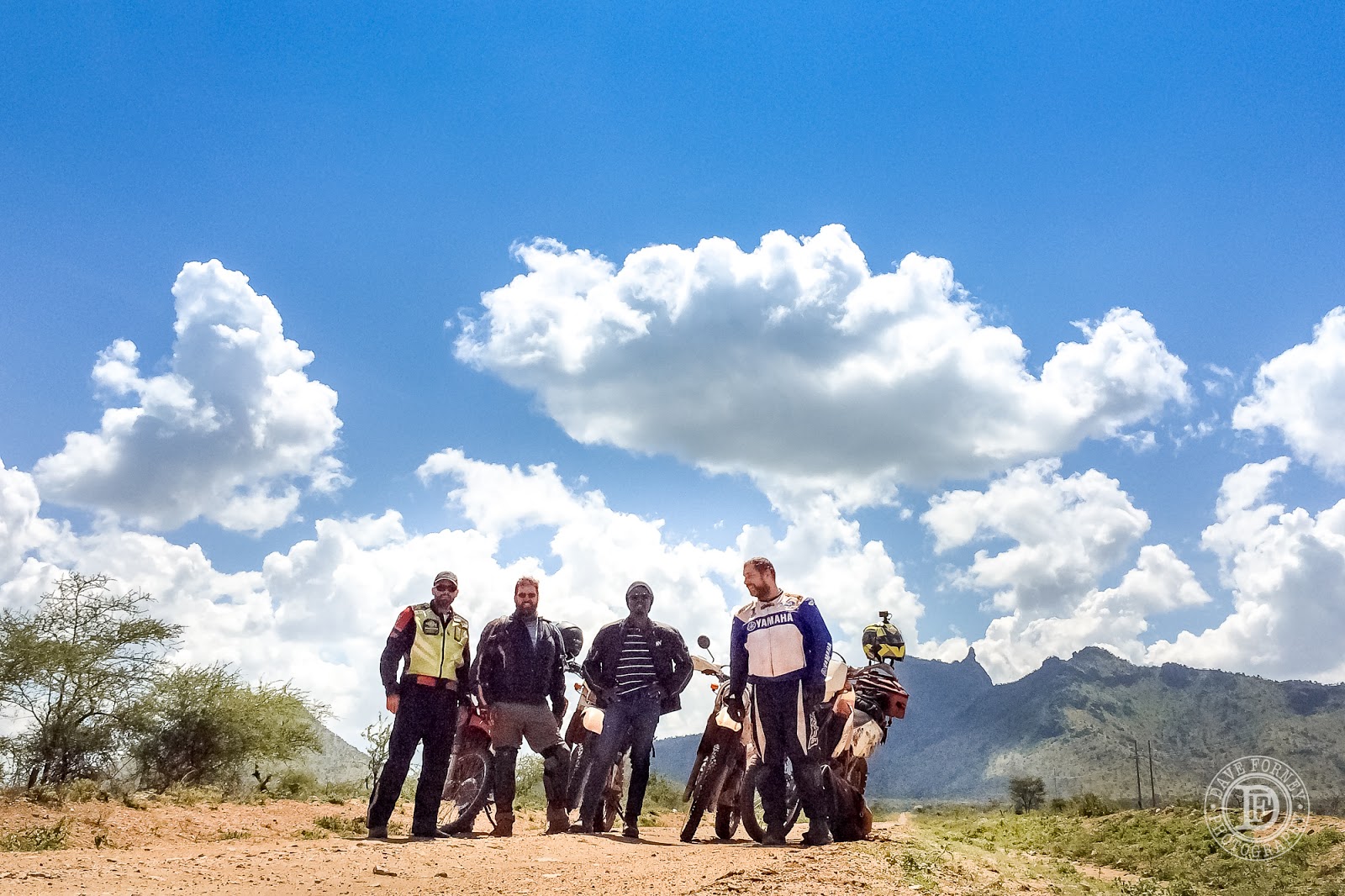 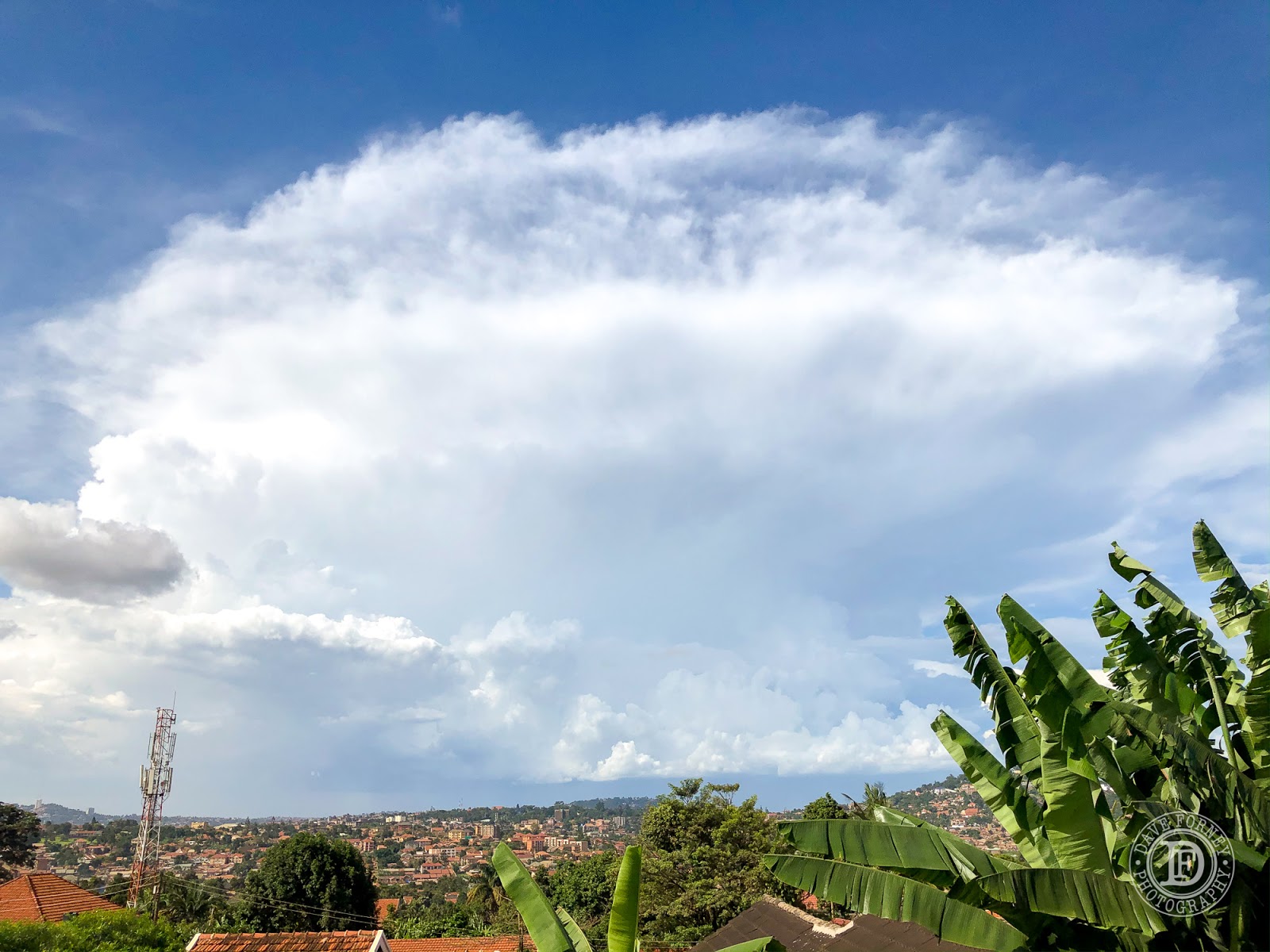 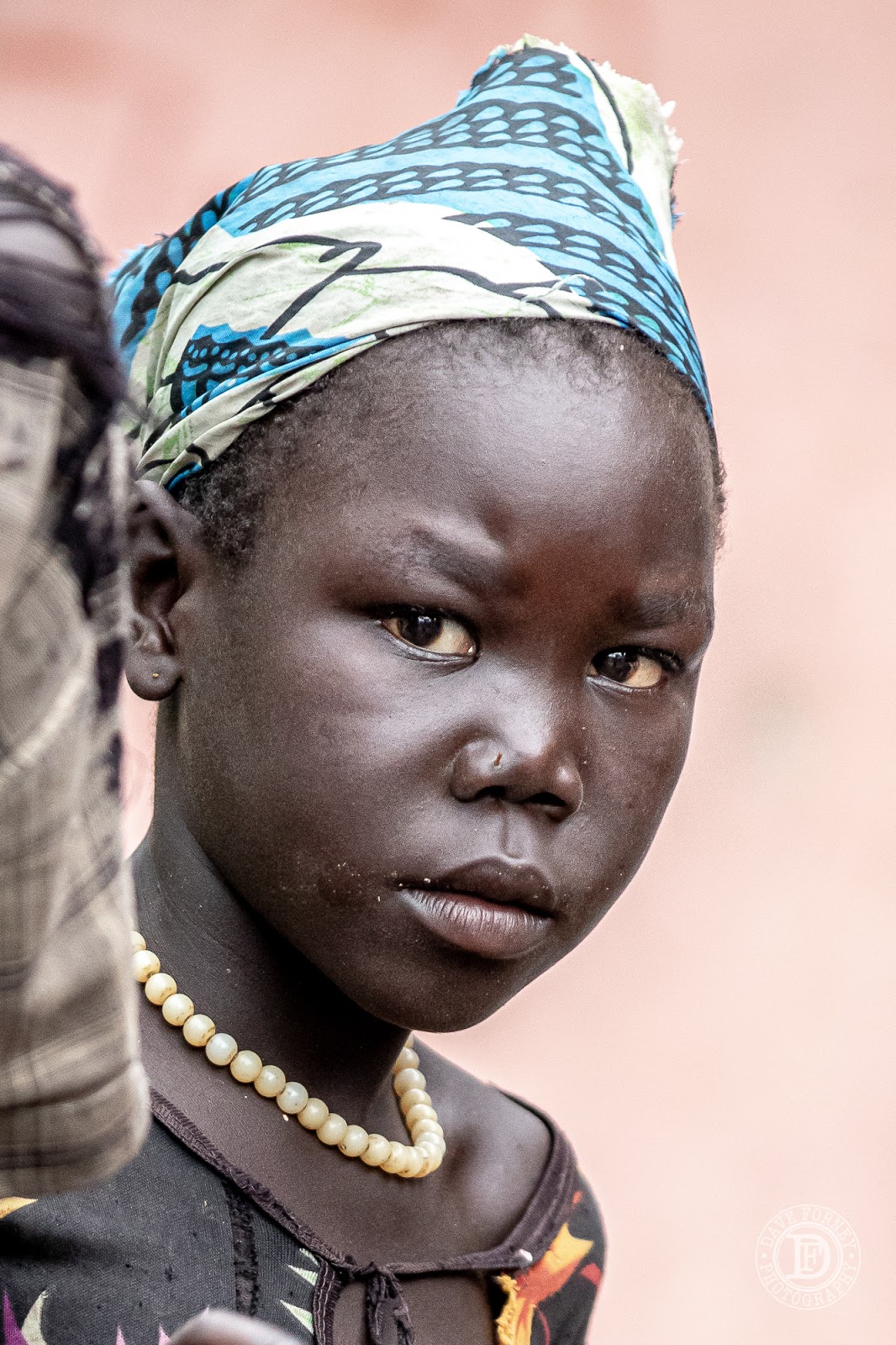 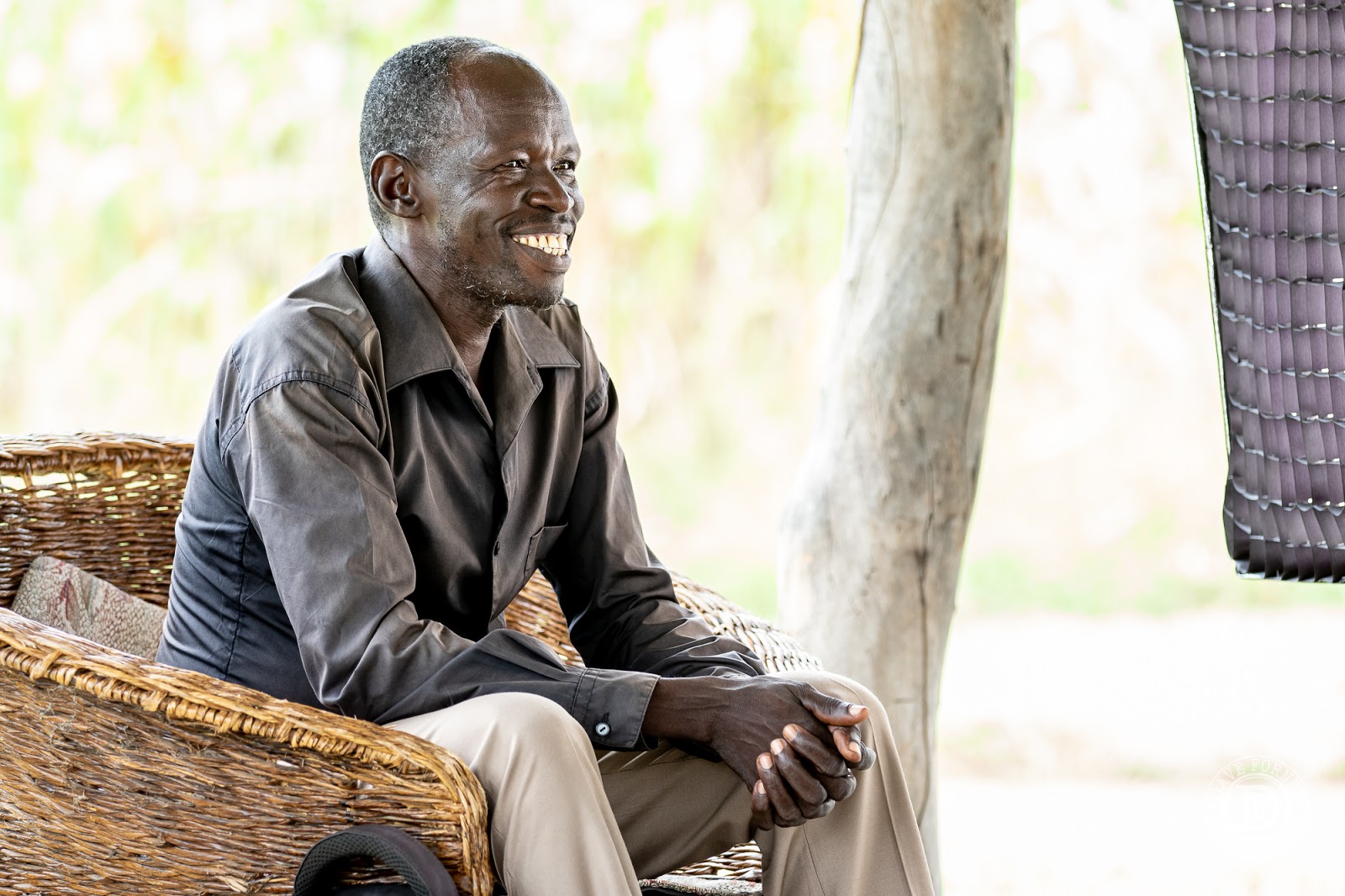 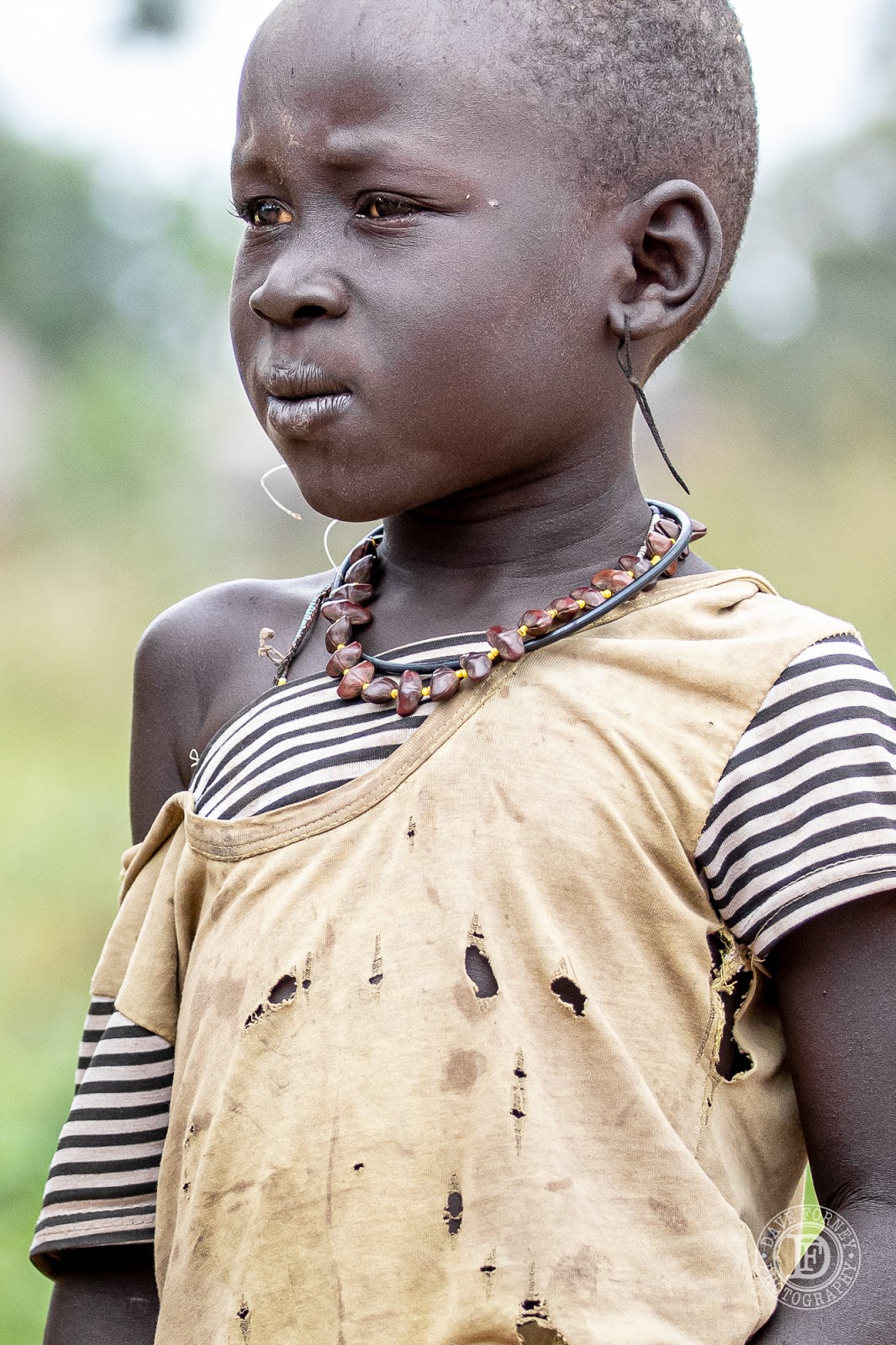 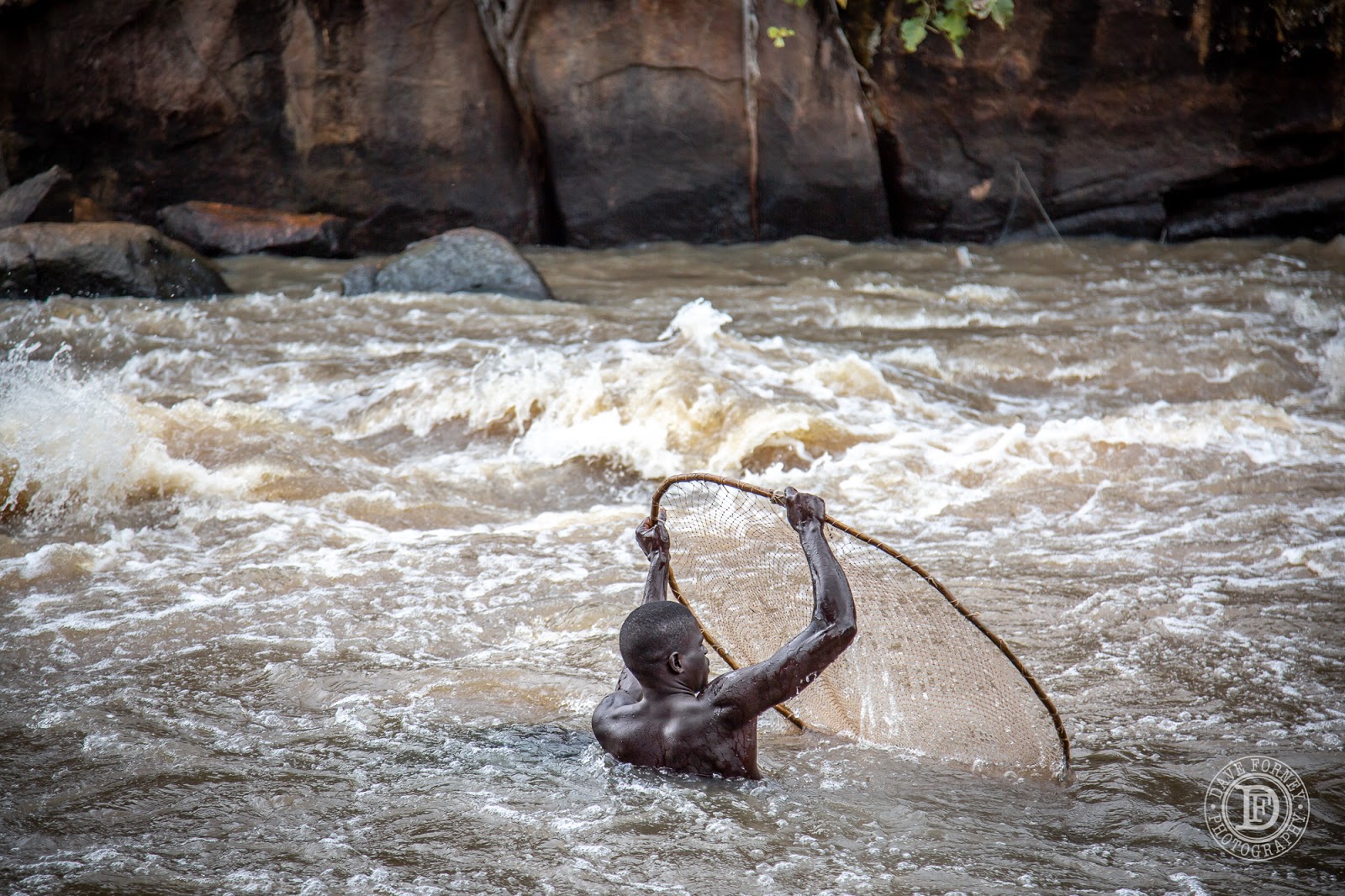 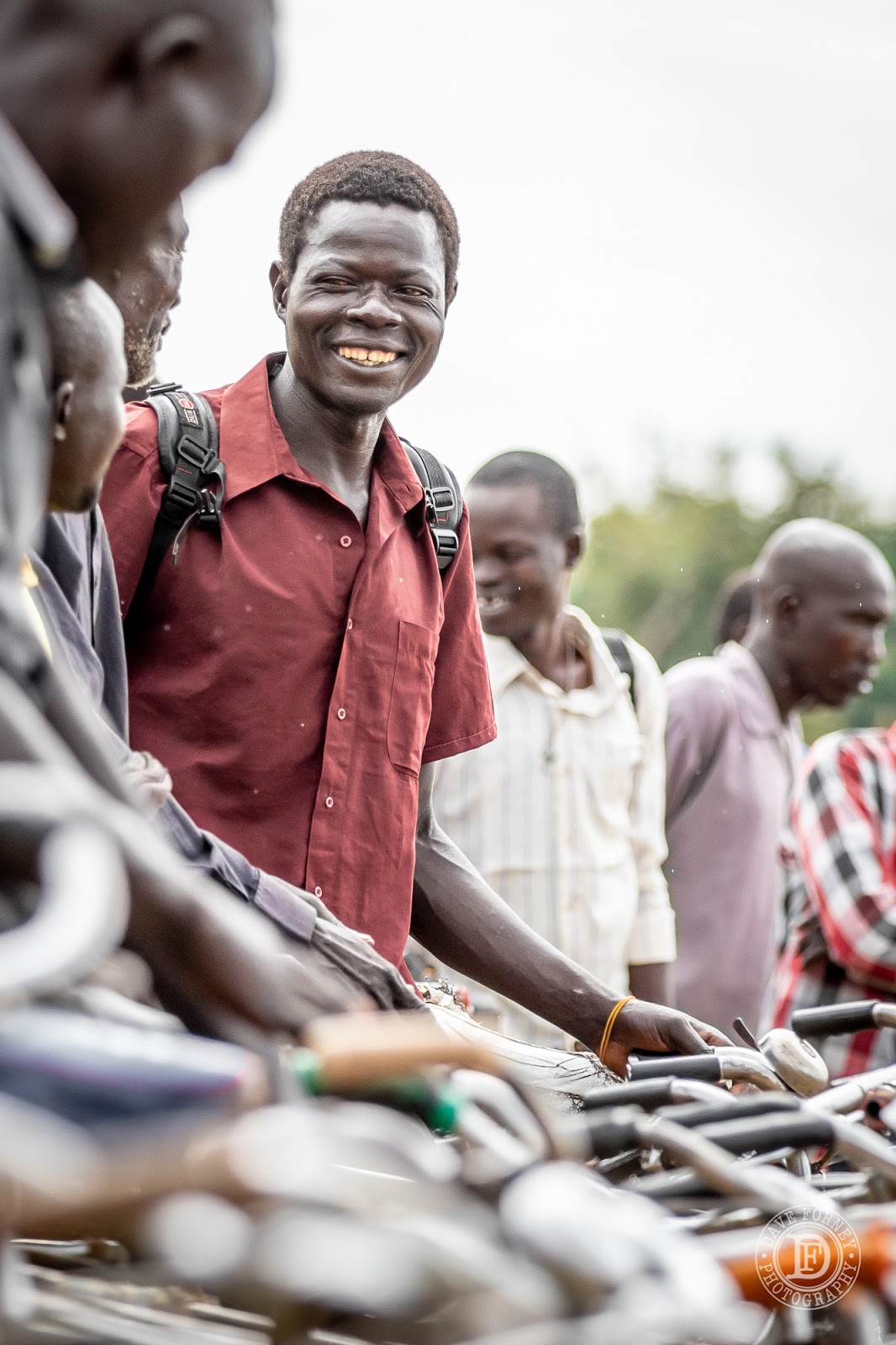 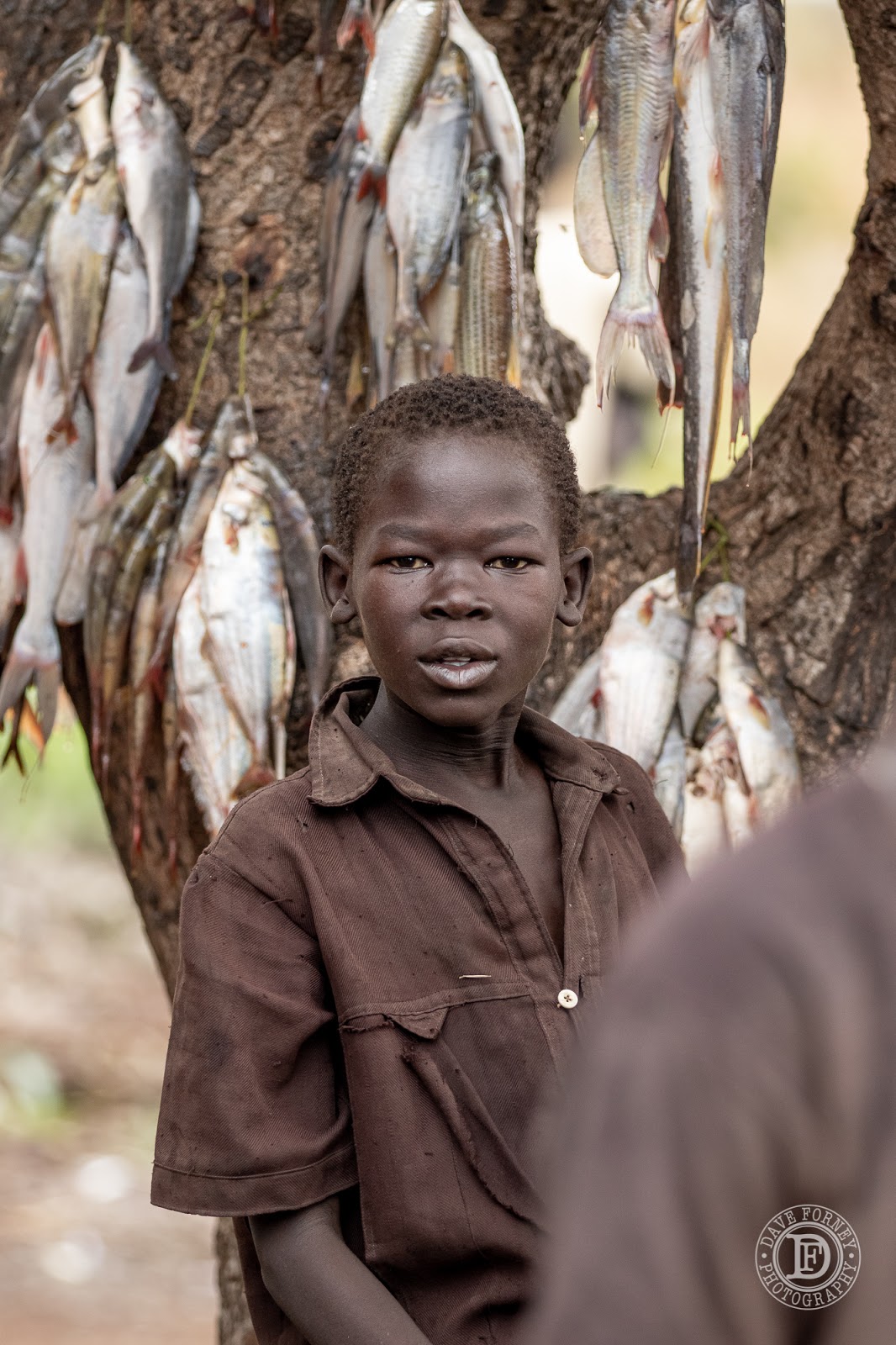 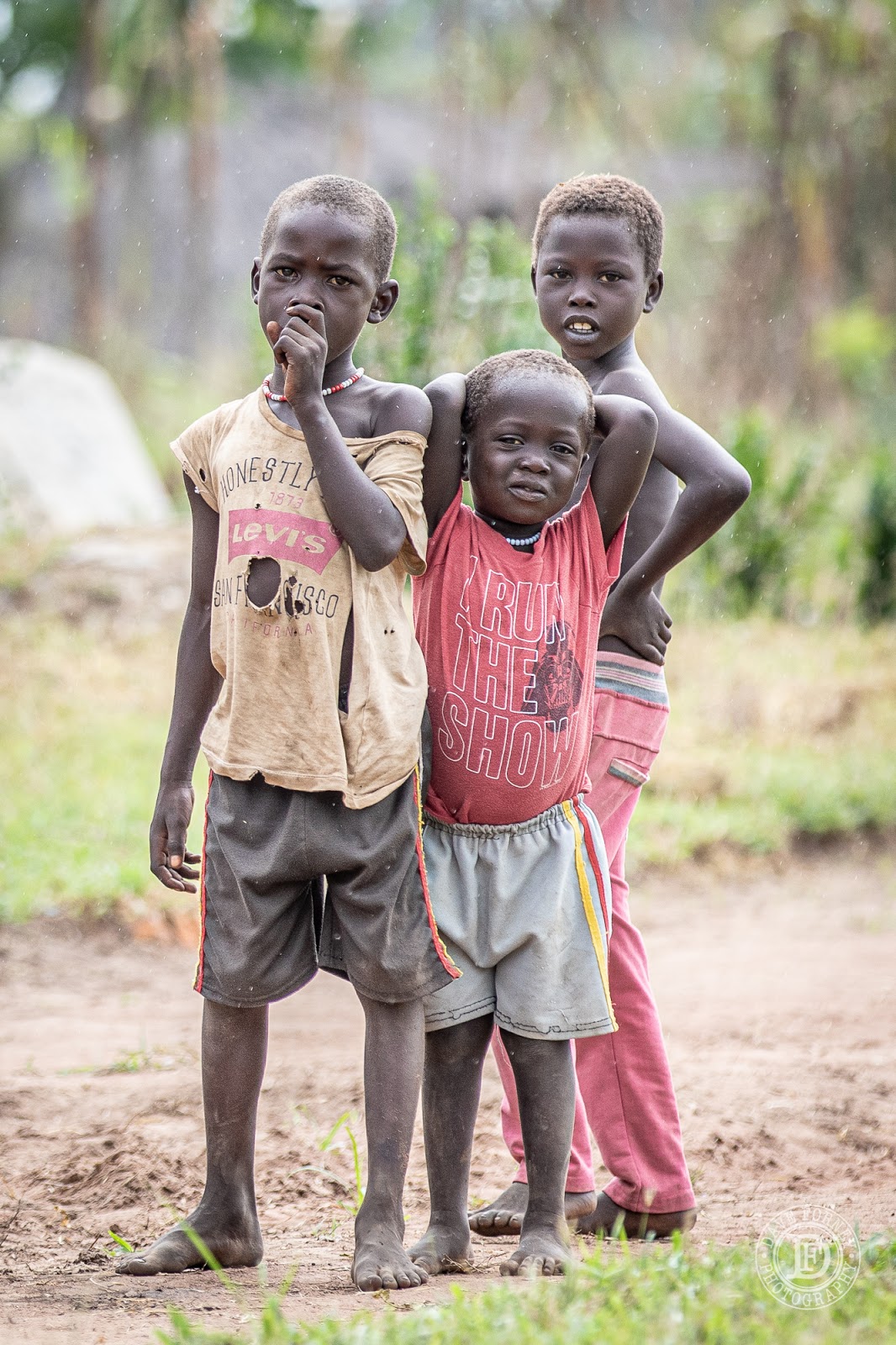 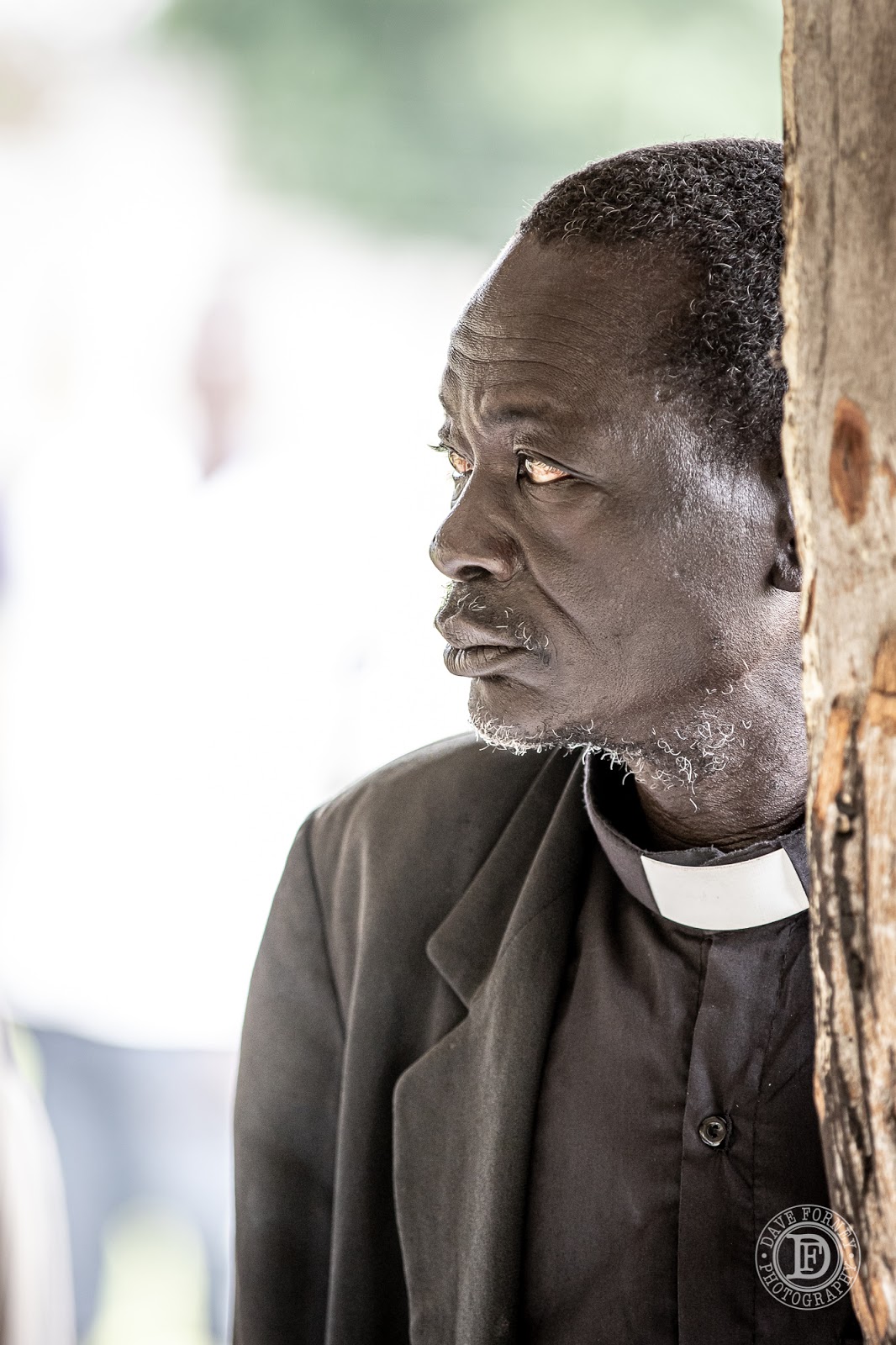 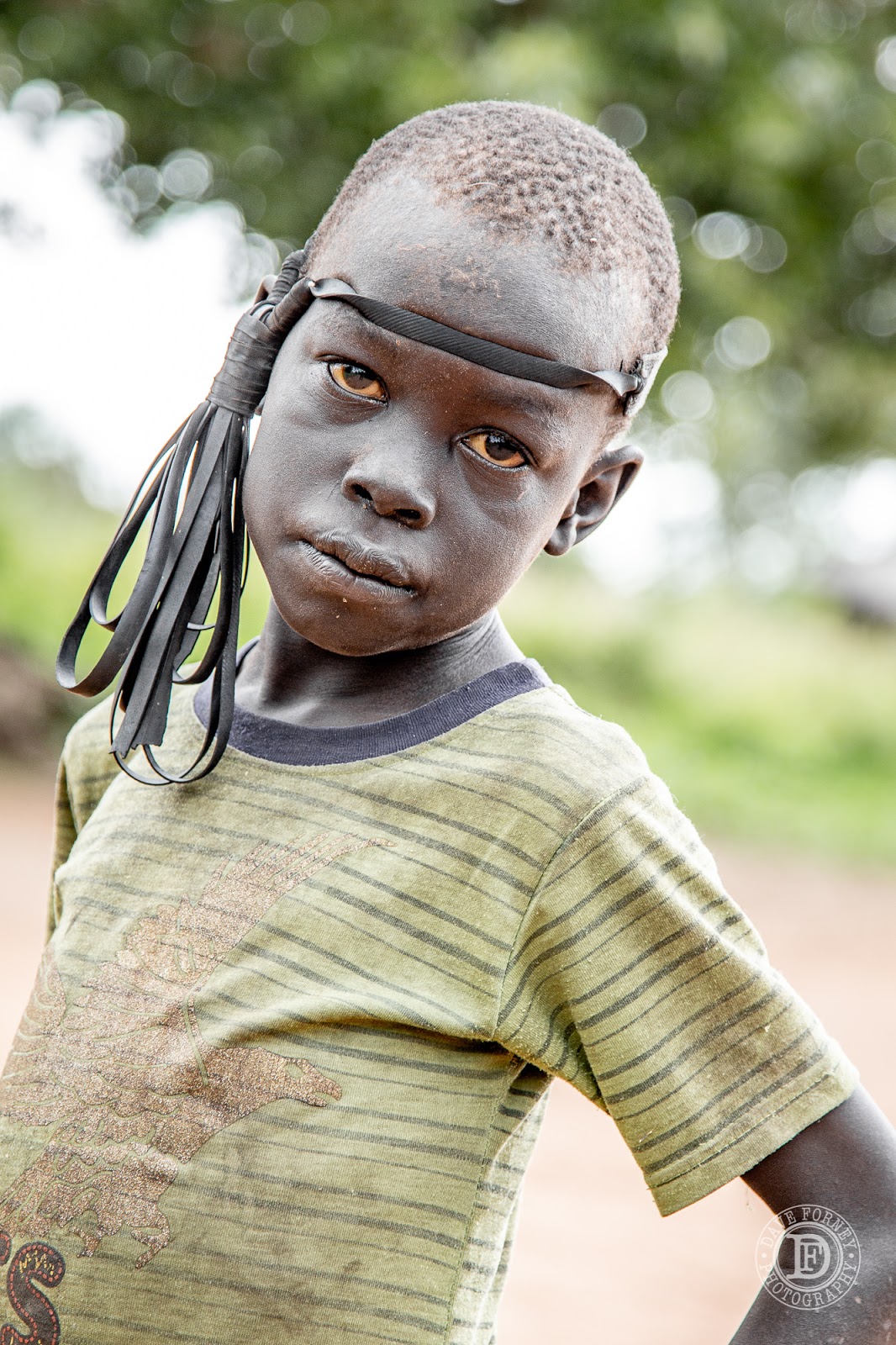