Subsistence Living, Way Back When

Well, it's been forever since I've posted and I won't even begin to make excuses. But before I try to start posting stuff from East Africa, I figured I'd finish that series I had started over a year ago about Way Back When we used to live just north of the Arctic Circle in Alaska.

In the small village where we lived, subsistence living was the way of life. There was a small store in the village, but it had very limited items--canned or pre-packaged stuff that had no shelf life, or at least a very long shelf life. There was rarely fresh produce available, or anything like fresh milk or stuff like that. And there was no fresh meat. Instead, we had to go find our own meat to eat. I realize that there are lots of strong opinions out there regarding hunting, but let me just say this--what I'm talking about in this village was not 'trophy hunting'. This was hunting for food. Below, a shot of me, on my snow machine, with my rifle, far out in the wilderness. 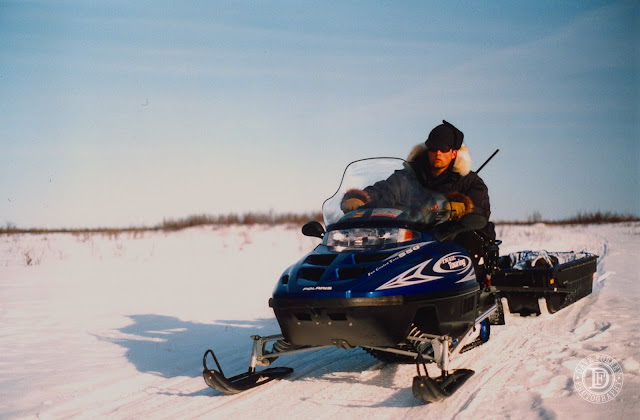 During the very short summer, folks stocked up on salmon, cleaning and drying/smoking it to put away in large quantities for the long winter. We were a very, very long way from the ocean, so the salmon were extremely tired by the time they got to us. What that means is that they were not as fat/rich/tasty as the salmon down on the Yukon, or other places closer to the sea, so often these salmon became the main source of food for the dog teams that require a lot of protein throughout the winter. Then, folks in our village would often trade other types of meat that we could get more easily, with friends/relatives further down river, or out near the coast, and in exchange they would be given the nice, fat salmon for eating. 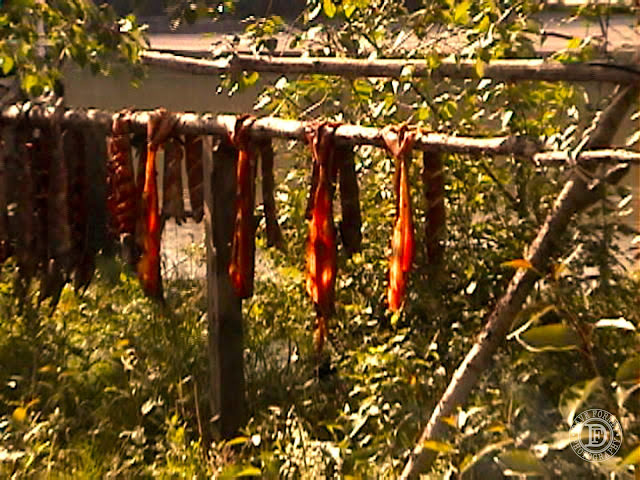 In the winter I helped some men build a fish trap that was frozen into the river ice. Then we would go check it at least once (or often twice) a day and almost without fail we'd find a good number of large fish in there. Depending on how cold the temperatures were, we would have to chip away several inches to even a foot of ice from the hole, before we could peer into the fast moving water. And yes, that is me gaffing the fish, and no, it is not in the middle of the night--it's just dark most of the time there in the middle of winter since it's so far north. 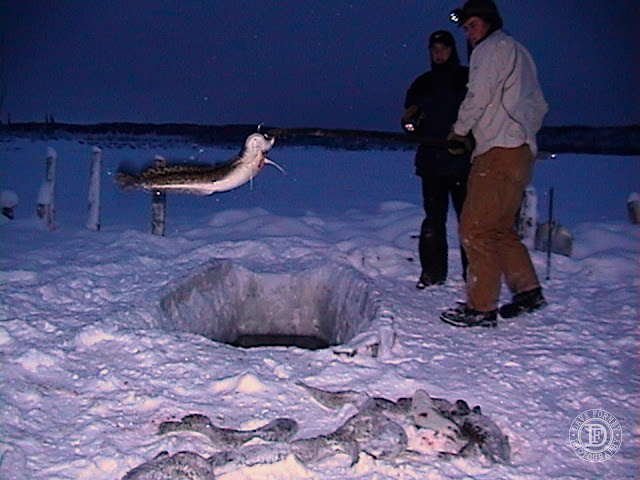 A very big source of food there was moose. It basically served as the 'beef' of the far north. 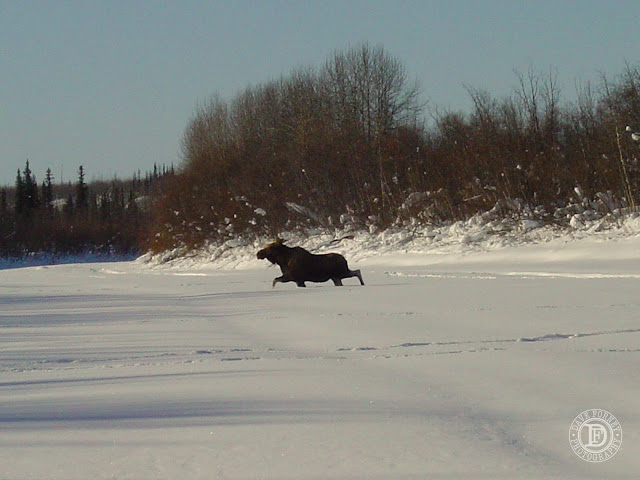 And caribou was a real tasty treat when they came through the area. 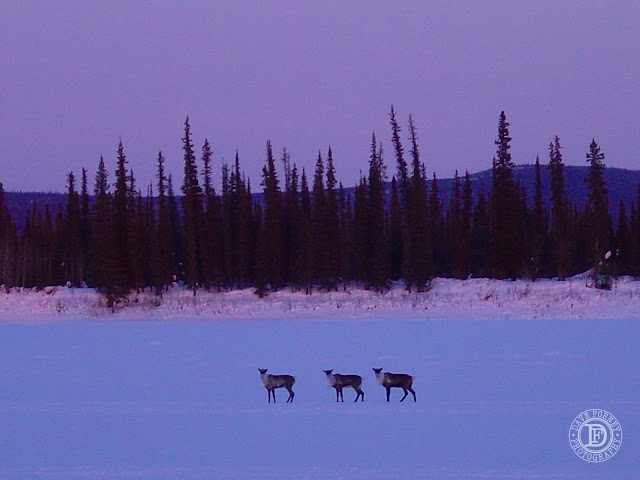 We also hunted bear (which is what we are doing below)... 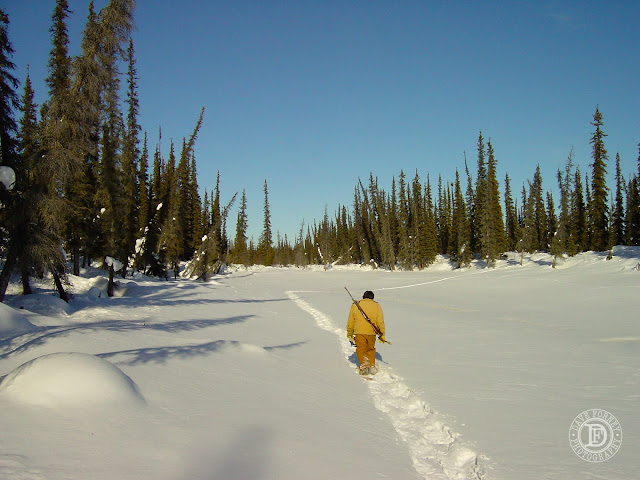 And trapped beaver (below) and other fur animals. The folks would sell the furs and/or tan the hides and prepare the furs themselves, which they would then turn into the best winter clothing, mittens, mukluks, etc. 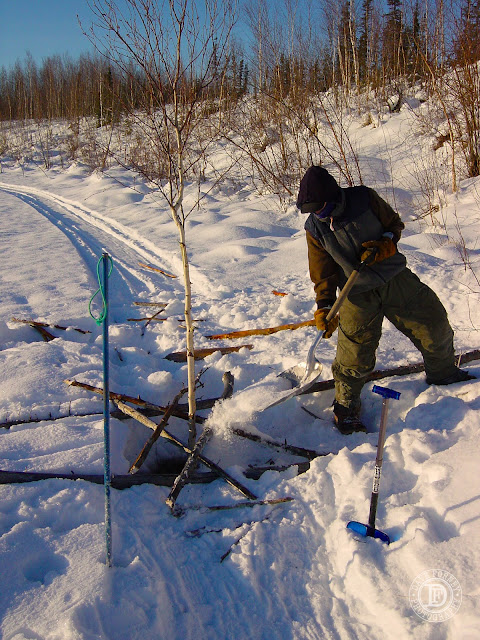 Even though it was extremely cold, and often dark, I was blessed to often be out in very remote, rugged and beautiful wilderness, which had an astounding surreal beauty. 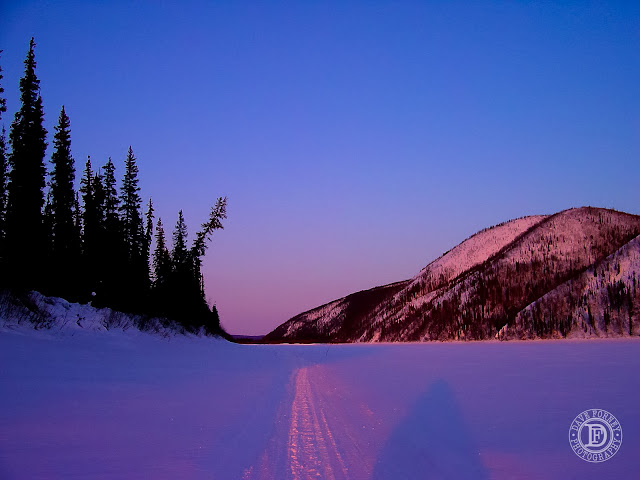 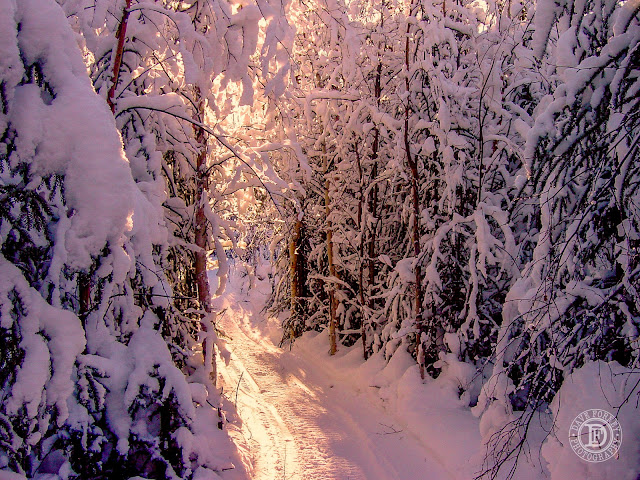 In the far distance  (in the picture below) you can see some snowcapped mountains. Those are the foothills the to Brooks Mountain Range and the Gates of the Arctic National Park... the most remote National Park in the U.S. 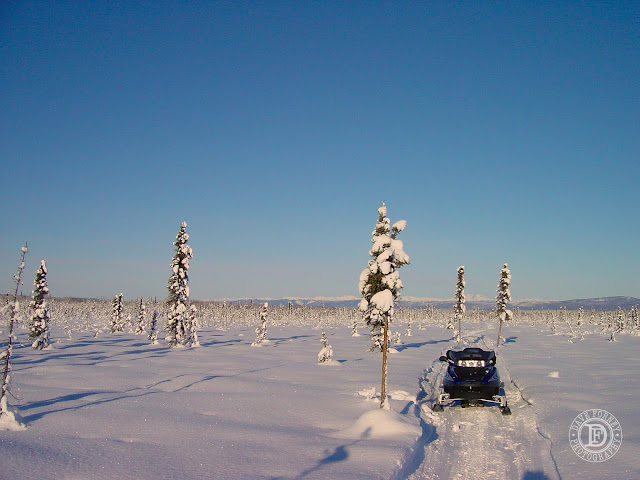 Well, that finally concludes my "Way Back When" series. Now I will try to post some much more current stuff soon...
Posted by Dave at 1:51 PM No comments: