I was asked last night, to go to Nepal to help with the ongoing earthquake relief efforts there.  Today is very busy as we get all of the things together for both my leaving, and for Joy and the kids survival here while I'm gone.  I'll probably be gone for between 2 to 4 weeks.  I appreciate your prayers for my Joy and the kids here in Uganda while I'm gone, and for me and the other MAF personnel who will be working and coordinating with other NGOs to help the rescue and relief efforts in Nepal.

My e-mail accessibility and blog updates will probably be sporadic while I'm gone, so if you respond or write, please don't expect a quick reply. :-)

Here is an MAF update sent out this morning regarding the efforts in Nepal:

Following on from my last message, the Disaster Response Team on the ground in Nepal have now conducted their initial needs assessment on how MAF can be involved.

At this time we are not planning to send in any MAF aircraft but it has become clear that there is a real need for logistical support which MAF has the skills and experience to provide. It has therefore
been agreed that MAF will now join the relief effort in a logistical capacity in the first instance to work at Kathmandu airport to assist airport authorities and organisations like the World Food Programme and UNHAS
with ramp management and planning, cargo handling and helping smaller NGOs with warehousing logistics and co-ordination.

There also appears to be an increasingly urgent need for a co-ordinated light helicopter response. This would potentially be aimed at providing a passenger service for humanitarian relief workers
especially to get them out to the more isolated and higher altitude communities which so far many agencies have been unable to reach. The Disaster Response Team are assessing the possibility of setting up/co-ordinating a light helicopter response facility. Initial discussions have indicated it may be difficult to bring in external helicopters to Nepal but that it may be better to commission local helicopters to do this work. The team will continue to look at the options and feasibility of this and we will keep you updated.   The team have already arranged their first set of flights for the UK government DFID (Department for International Development) to enable medics and an international search and rescue team to get out to a location which was only 20 nautical miles from Kathmandu and did not initially look that remote but the situation out there is absolutely desperate and it would take 3.5 hours of driving and 8 hours trek on foot.

Daniel Juzi will continue to lead the MAF team in Nepal along with Alan Robinson, and they will be joined in the next few days by Pilot Brent Palmer coming in from Nampa and Pilot Mike Bottrell and wife Jennifer from the Timor-Leste programme, all arriving on 3 May and Pilot Dave Forney arriving from the Uganda programme on 4 May. As many of you are aware, Dave assisted with the Philippines relief effort in 2013 and he is also a great photographer so we hope he will also be able to supply some imagery to reflect the work the team are doing. Other MAF staff are also being made available to join the effort over the coming weeks too and we will update you as that information is confirmed.

Please pray for the whole MAF team as they respond to the Lord’s call to this important work in Nepal. Pray for safe travels for the Bottrells, Brent Palmer and Dave Forney as they make their way to Nepal. Please pray for Daniel and Alan that the Lord will continue to give them wisdom, strength and energy to continue the important set up work they are doing. Pray that our whole team will be able to make a real difference with the logistical expertise and support we can offer agencies and authorities at the airport. Please continue to pray for those who are grieving the loss of loved ones – with over 6,000 people confirmed dead and thousands still missing or unaccounted for. Pray that God would reveal himself somehow to these people during this crisis. Let them feel the warmth of the Lord’s love at this time and know His peace. 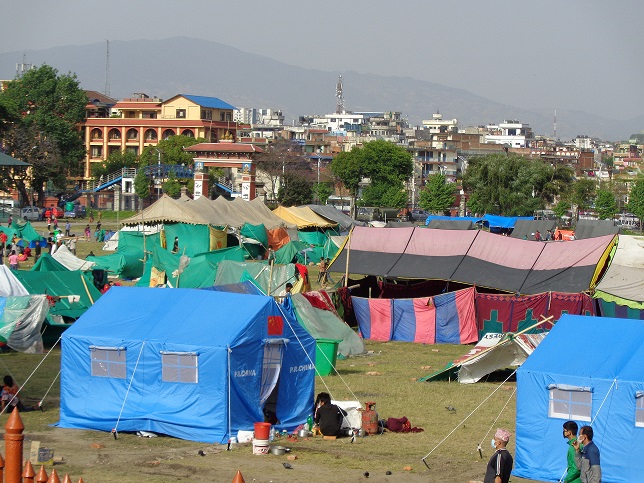 Last week I had the privilege of flying and accompaning a group of lead pastors from several Hillsong UK churches, while they visited some of their Compassion International projects here in Uganda.  Here's a shot of the group.  Dallas, another MAF pilot who flew the other plane, and I, are second and third from right. 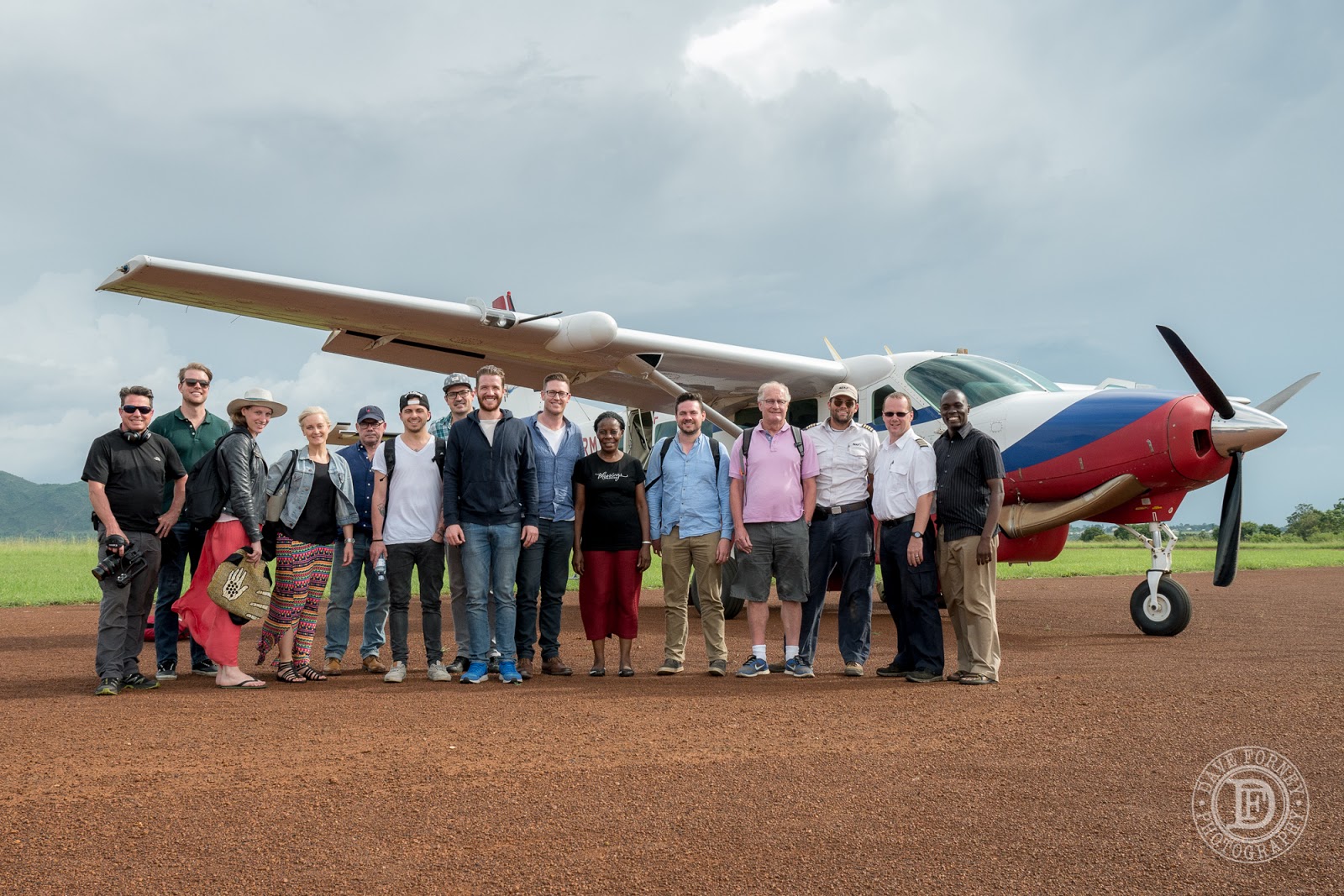 We initially flew them to Kasese in far Western Uganda, just along the border with Congo.  Hidden behind those clouds are the Rwenzori Mountains, with the highest peaks reaching above 17,000' and snow-covered year around. 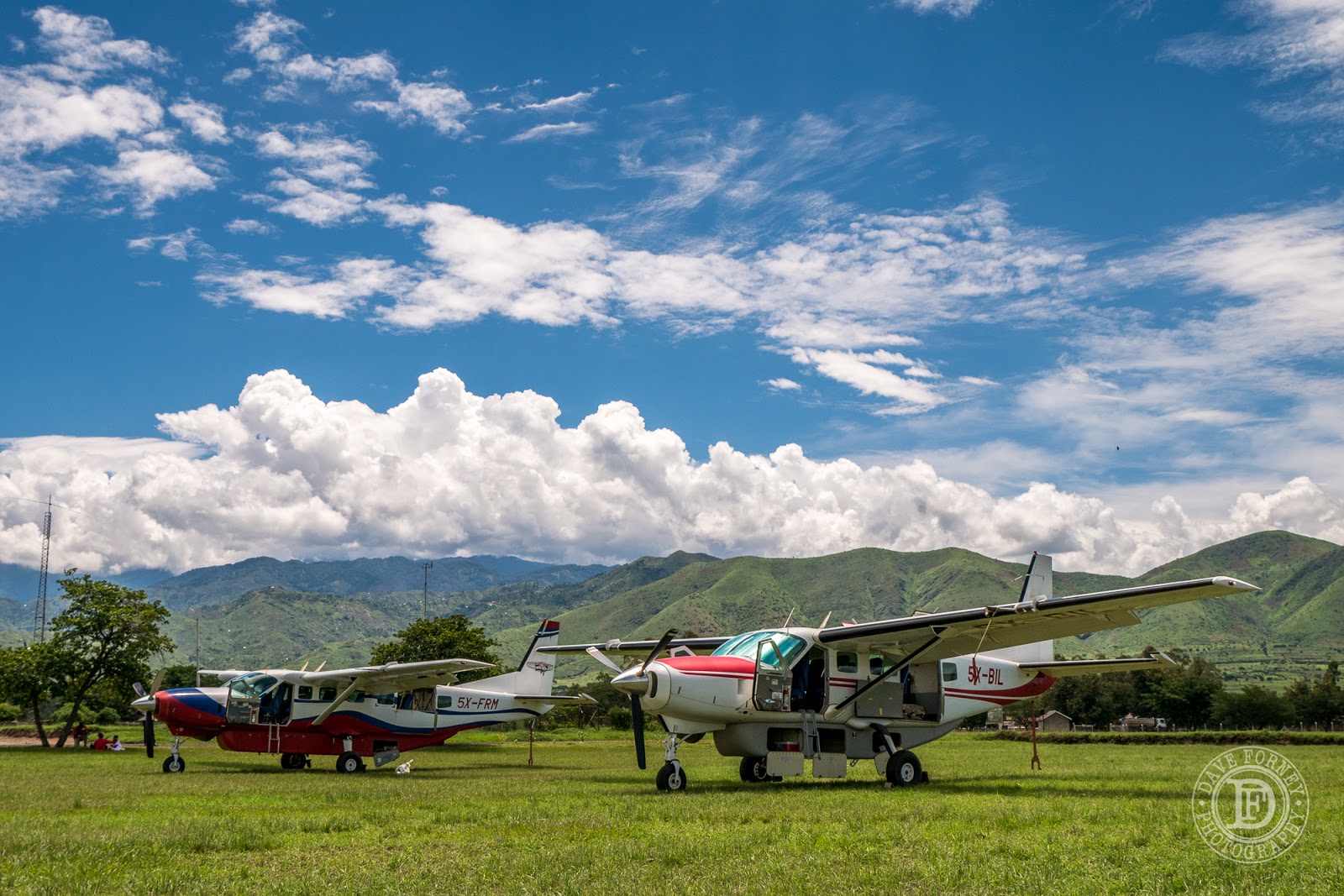 This is a very fertile area, and since we're now in rainy season it's nice and green. 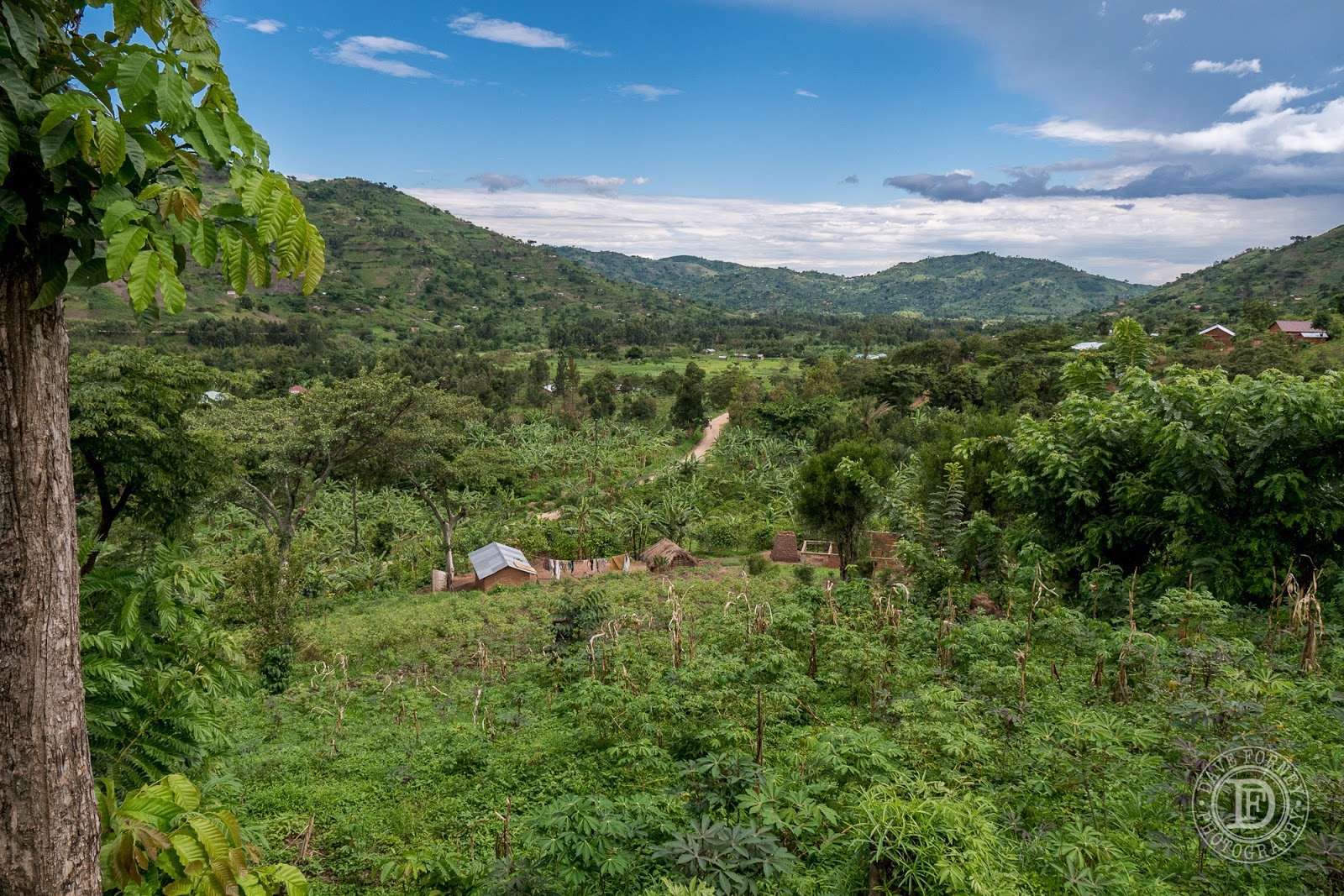 The first day, after landing, we drove about an hour and half to a small village (below) in the mountains, where we spent the rest of the day seeing the Compassion project there, meeting with the kids and leaders, and doing some home visits with a few of the kids. 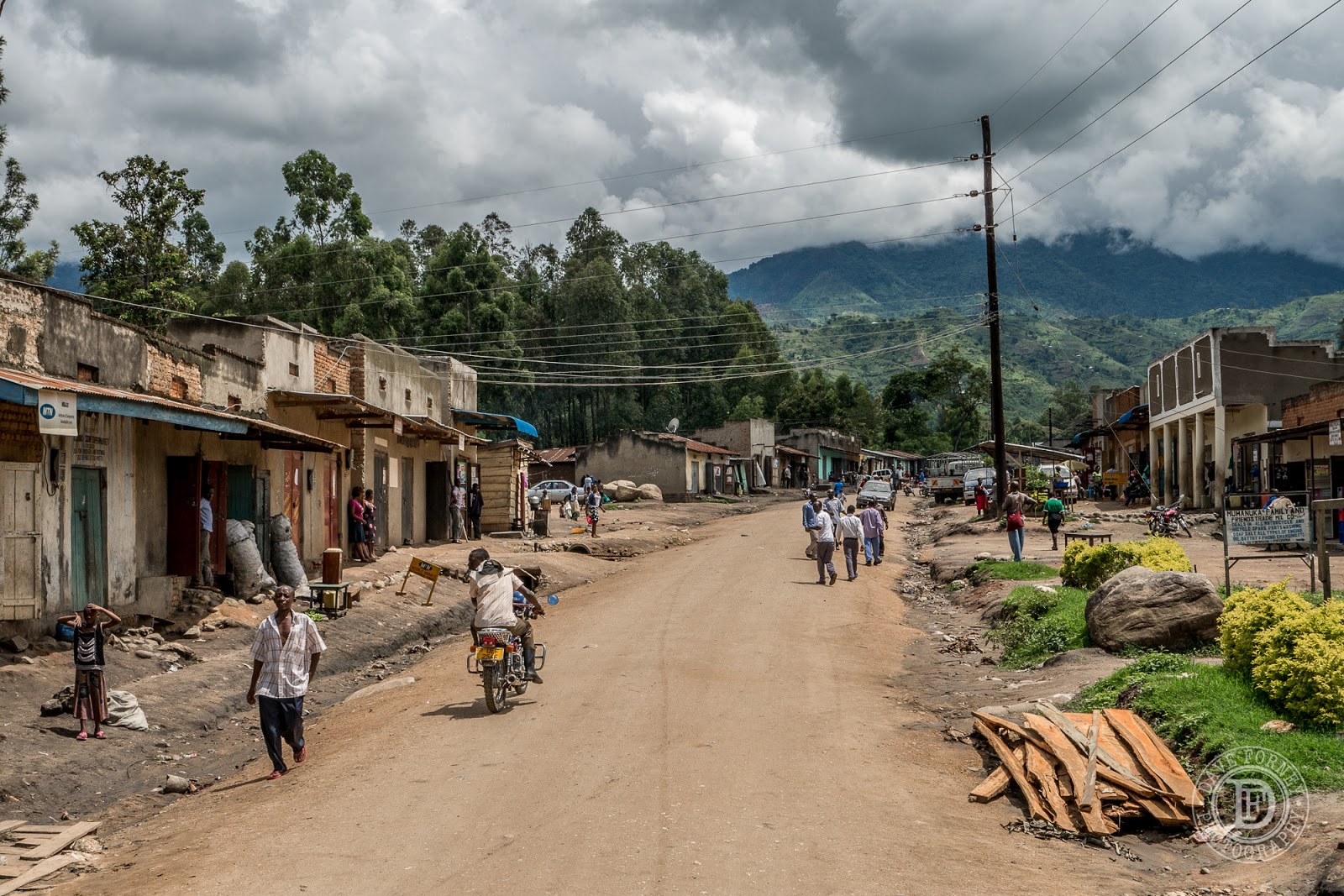 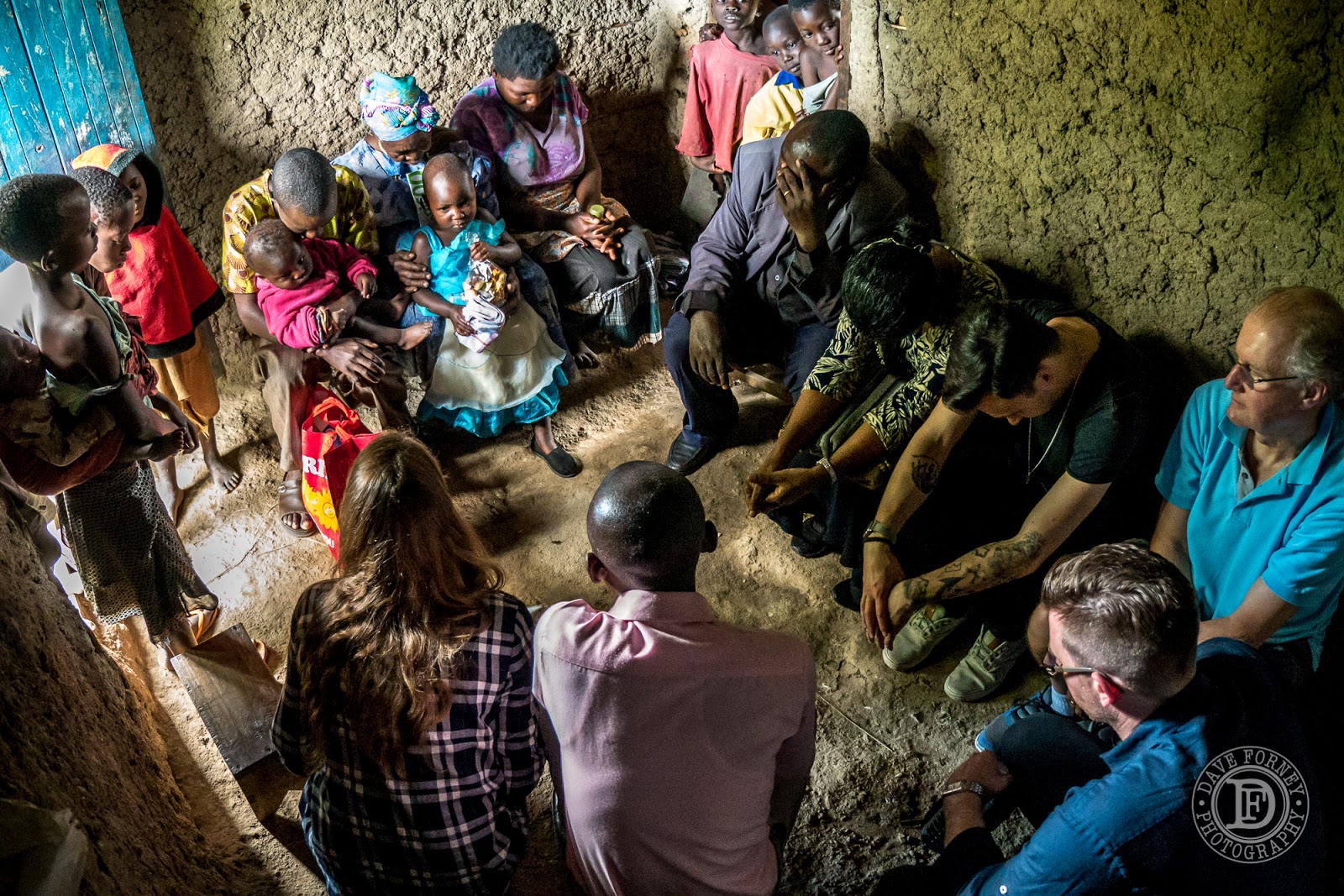 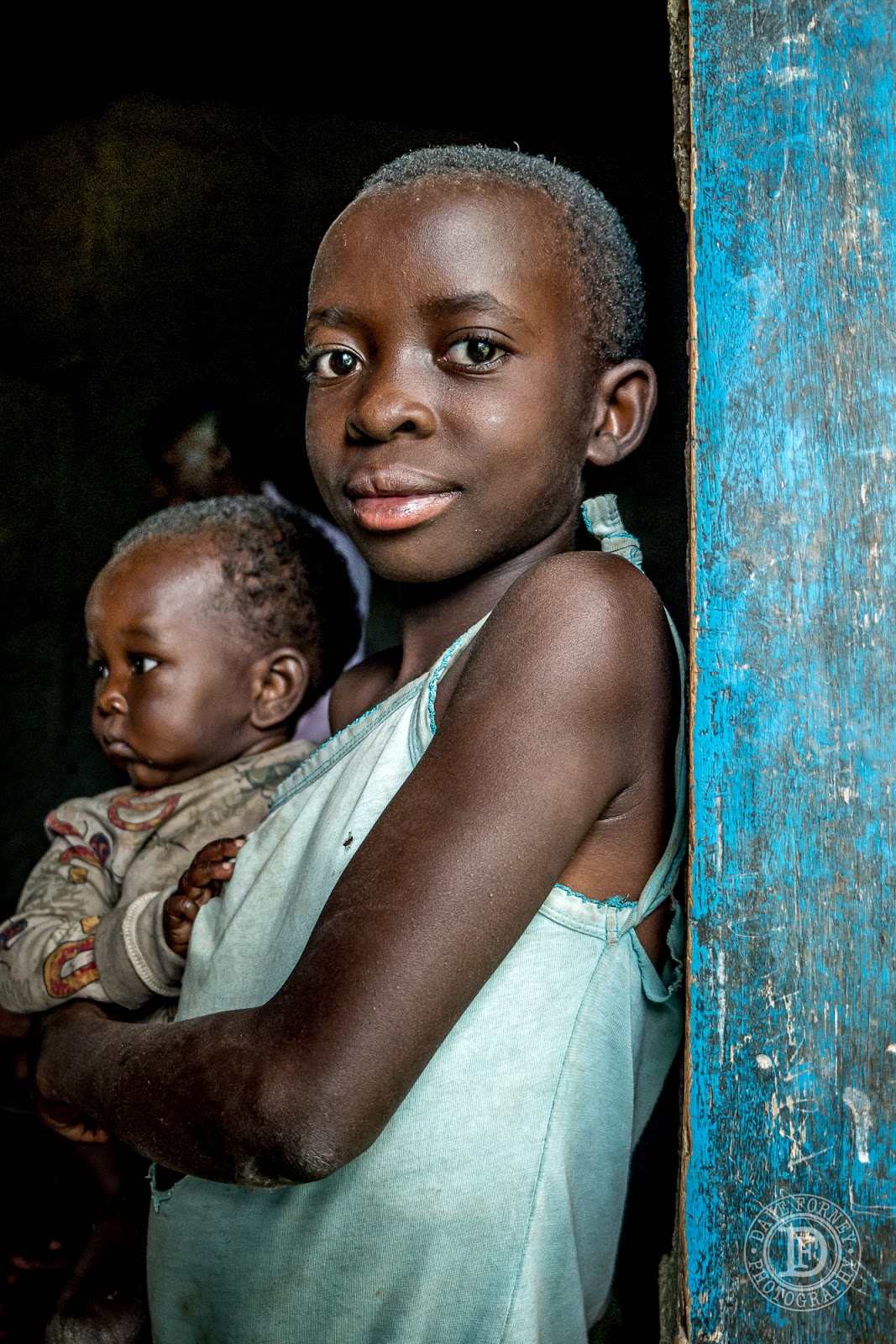 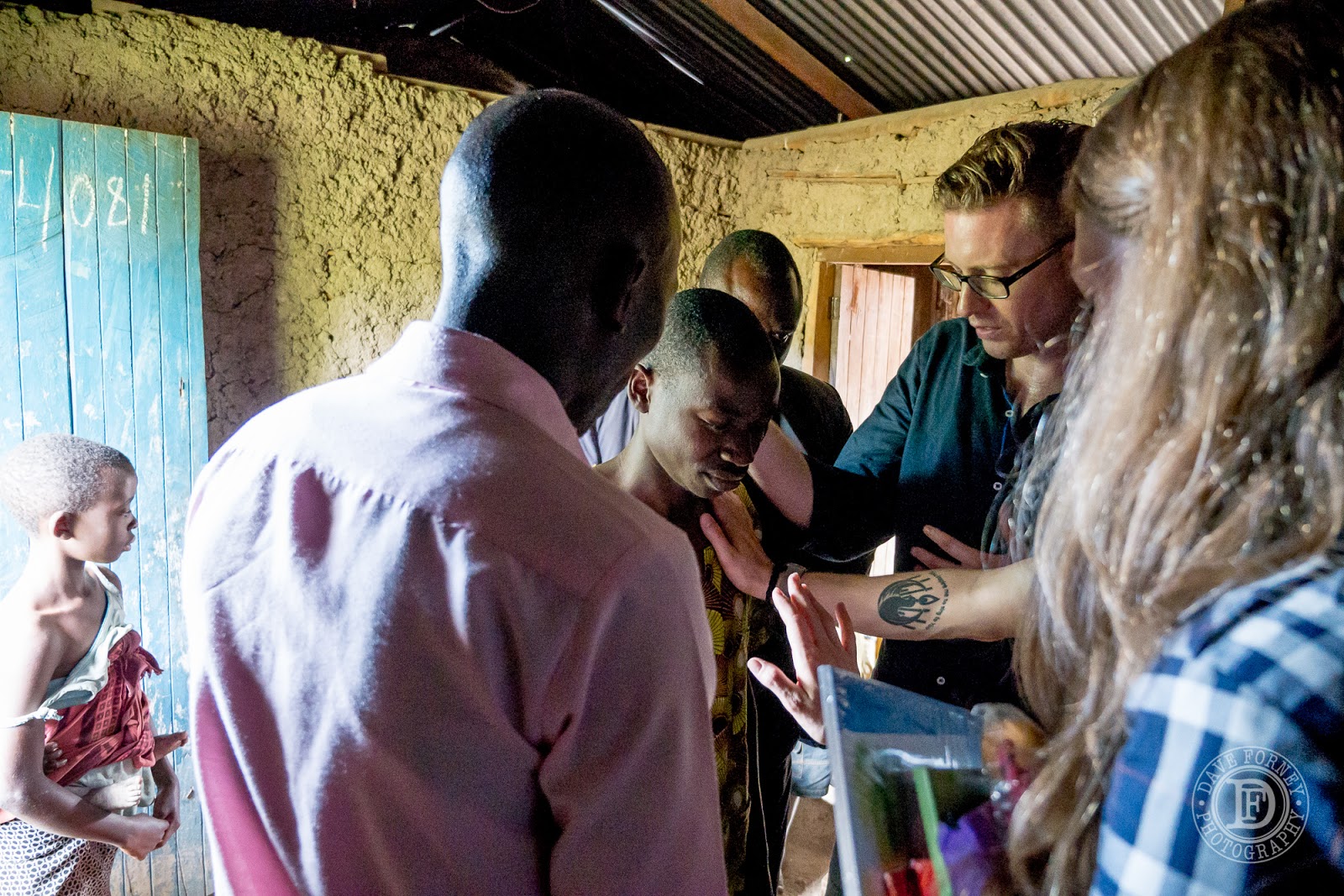 The next morning we awoke to this view at the foothills of the Rwenzoris. 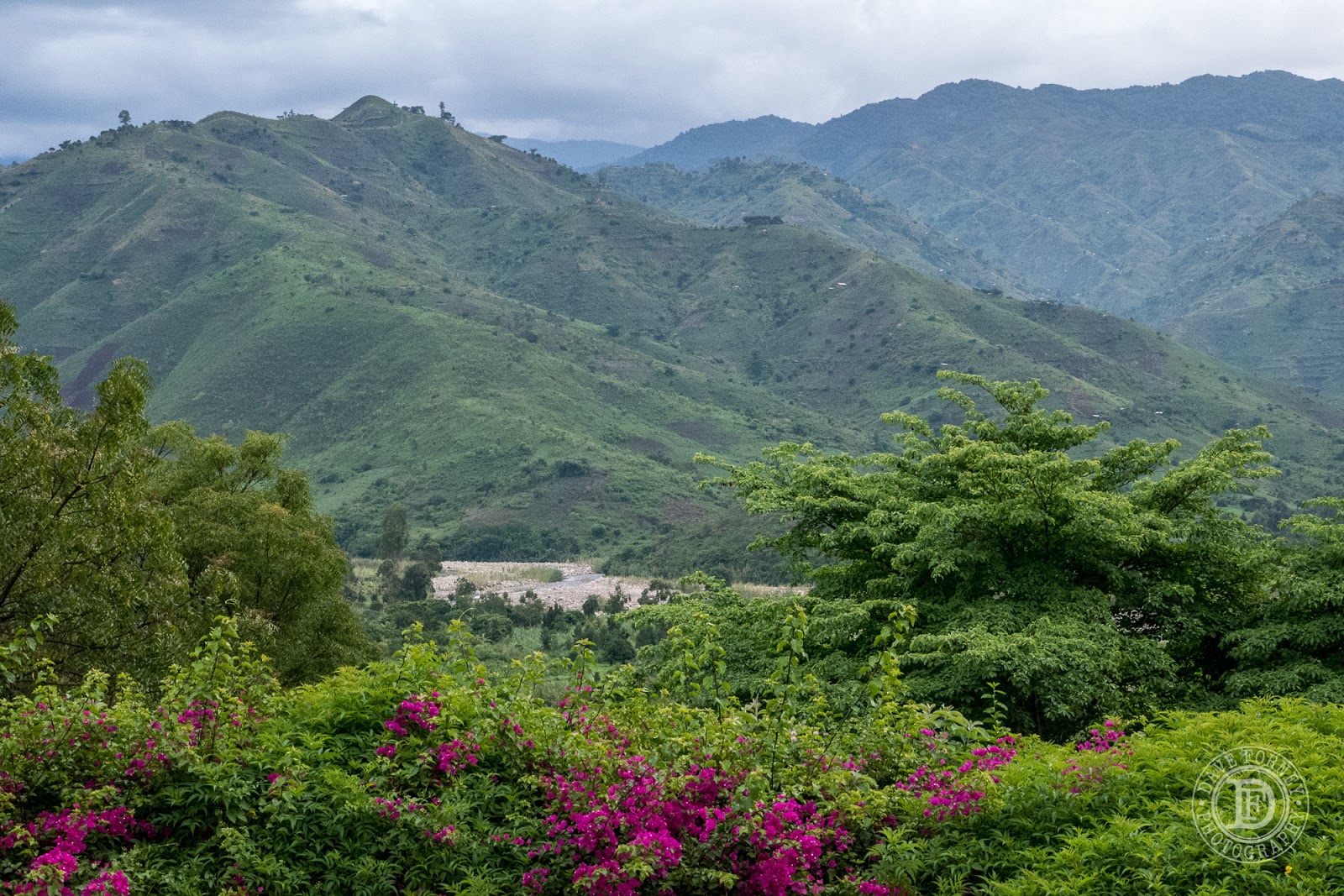 Then we got back in the vehicles and headed the opposite direction to another location up in the foothills.  The roads are tiny dirt paths carved into the sides of the steep terrain. 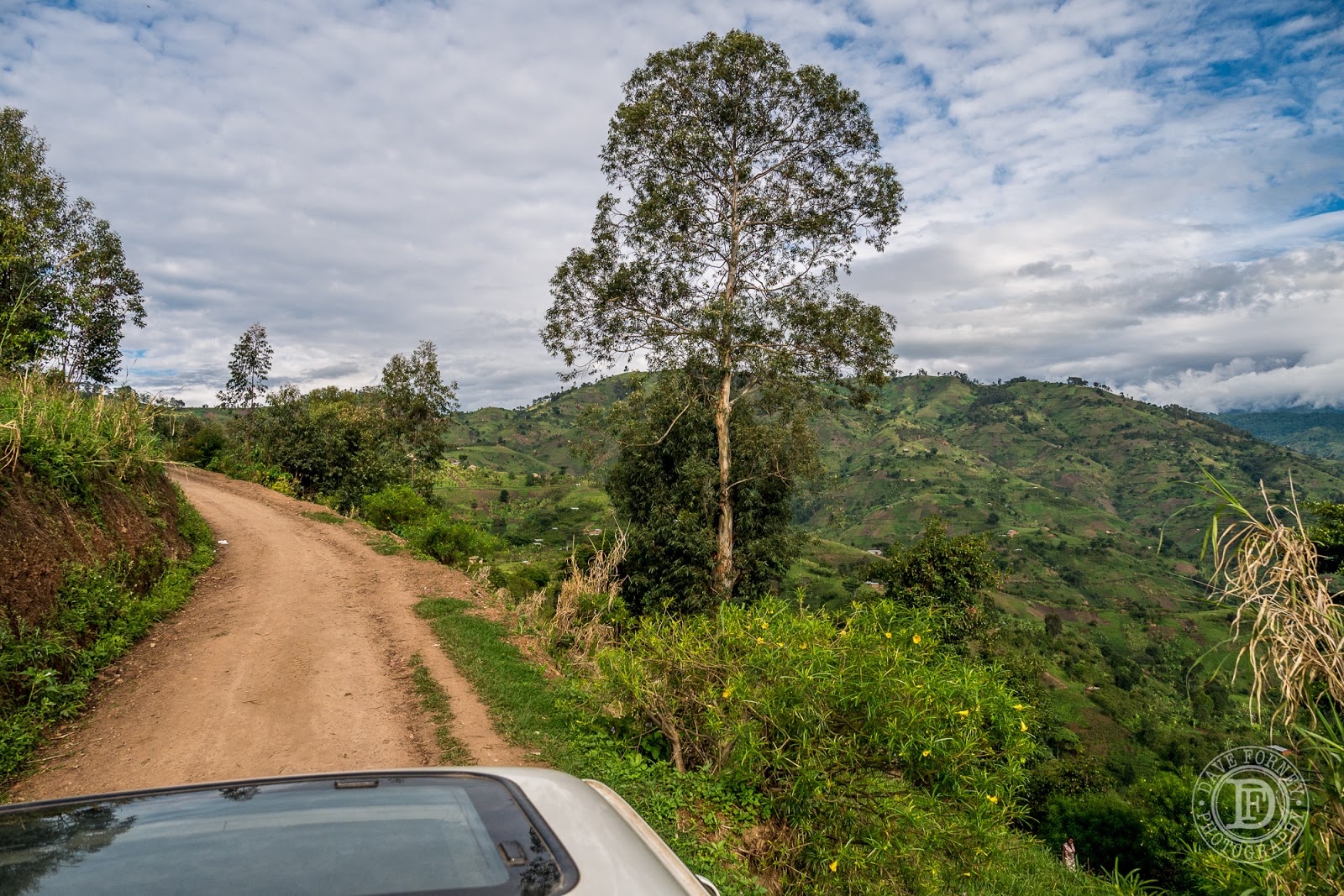 As before, the older children were all there dancing and singing to greet the Hillsong team.  These are kids that have been sponsored through Compassion, so they've been getting schooling and basic food, medical, and sanitary needs met.  They also get training in taking care of animals, gardening, sewing, and other things that can lead to an income when they're older. 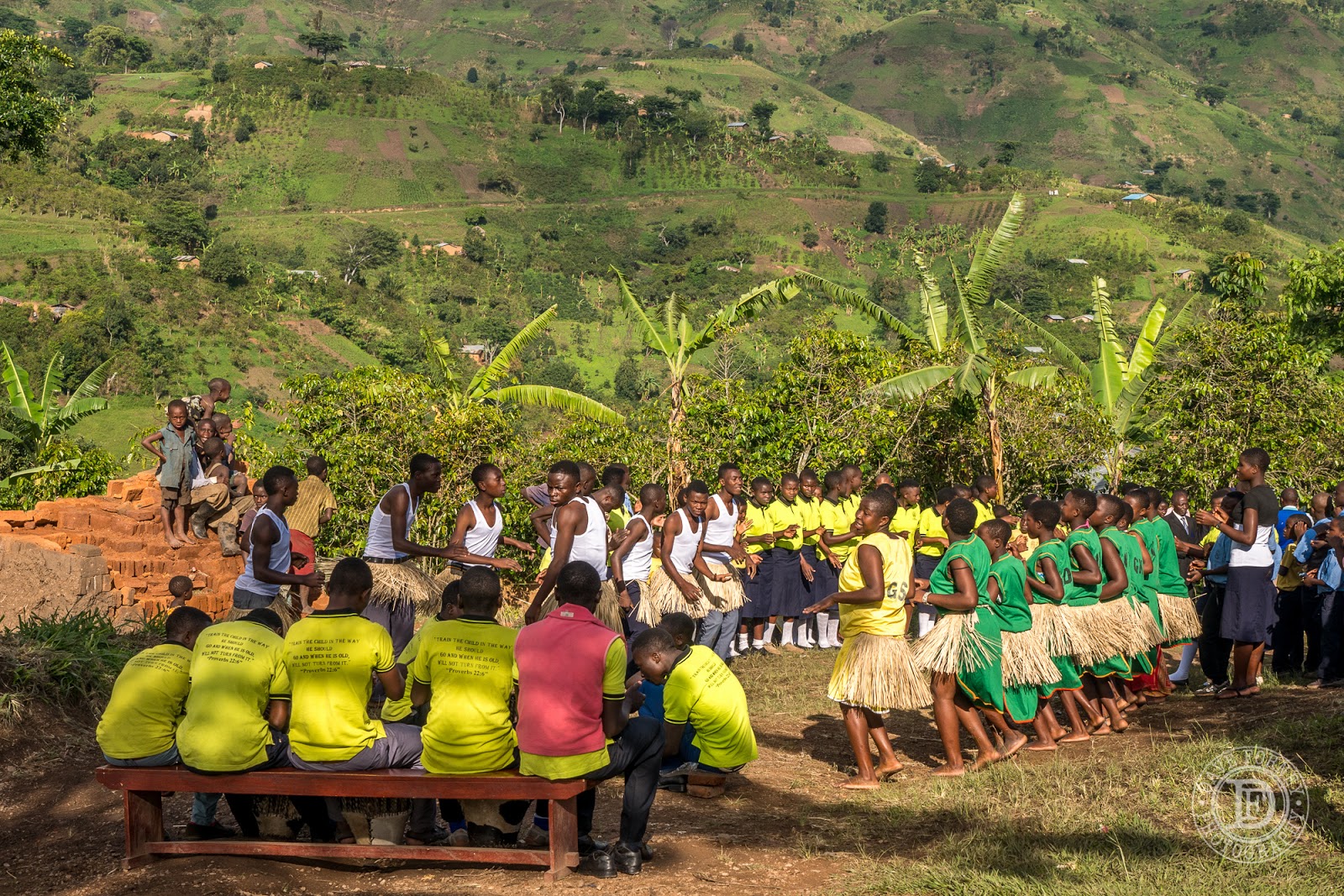 These kids were watching from nearby, sitting on a pile of home-made bricks. 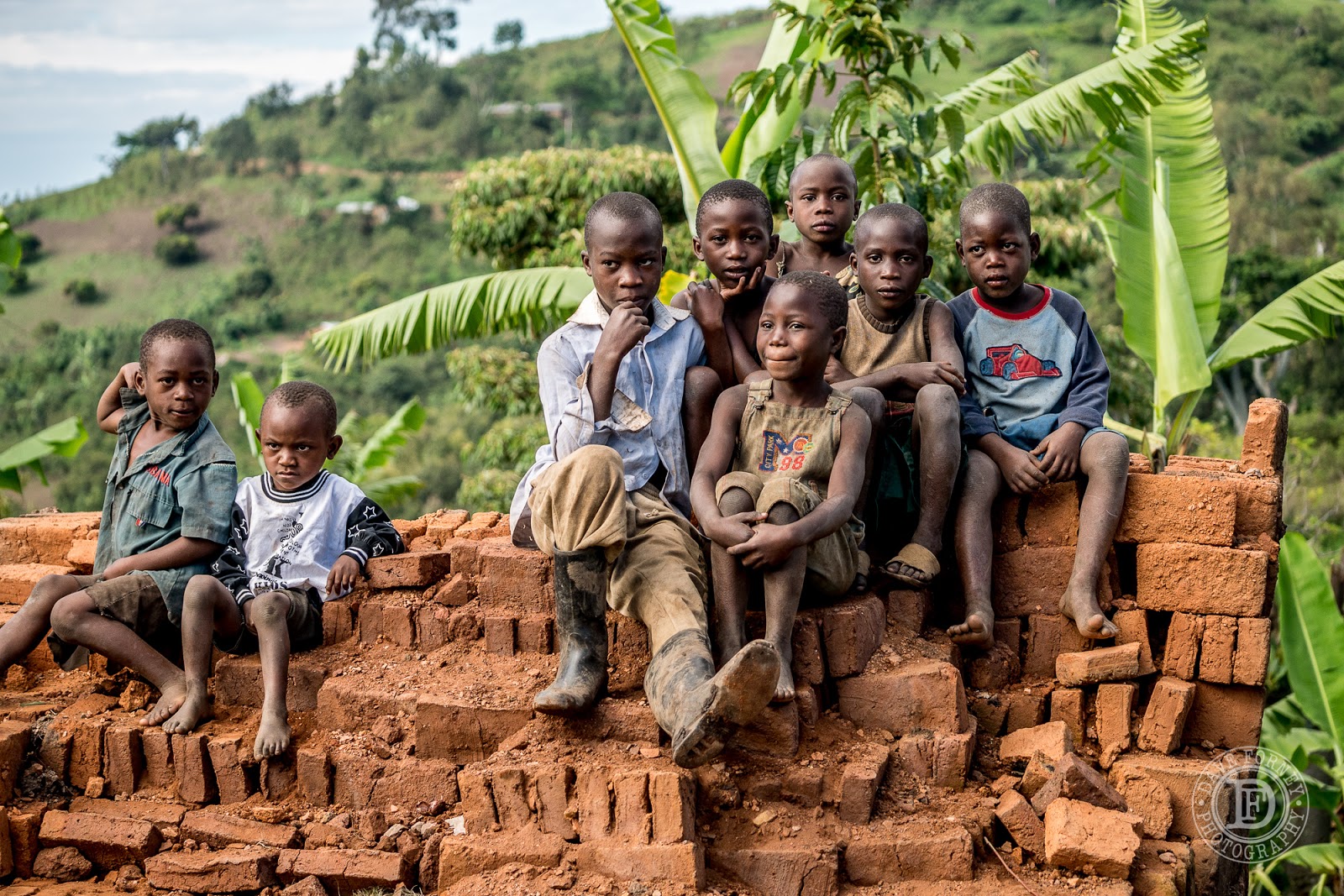 Here's a few more of the kids. 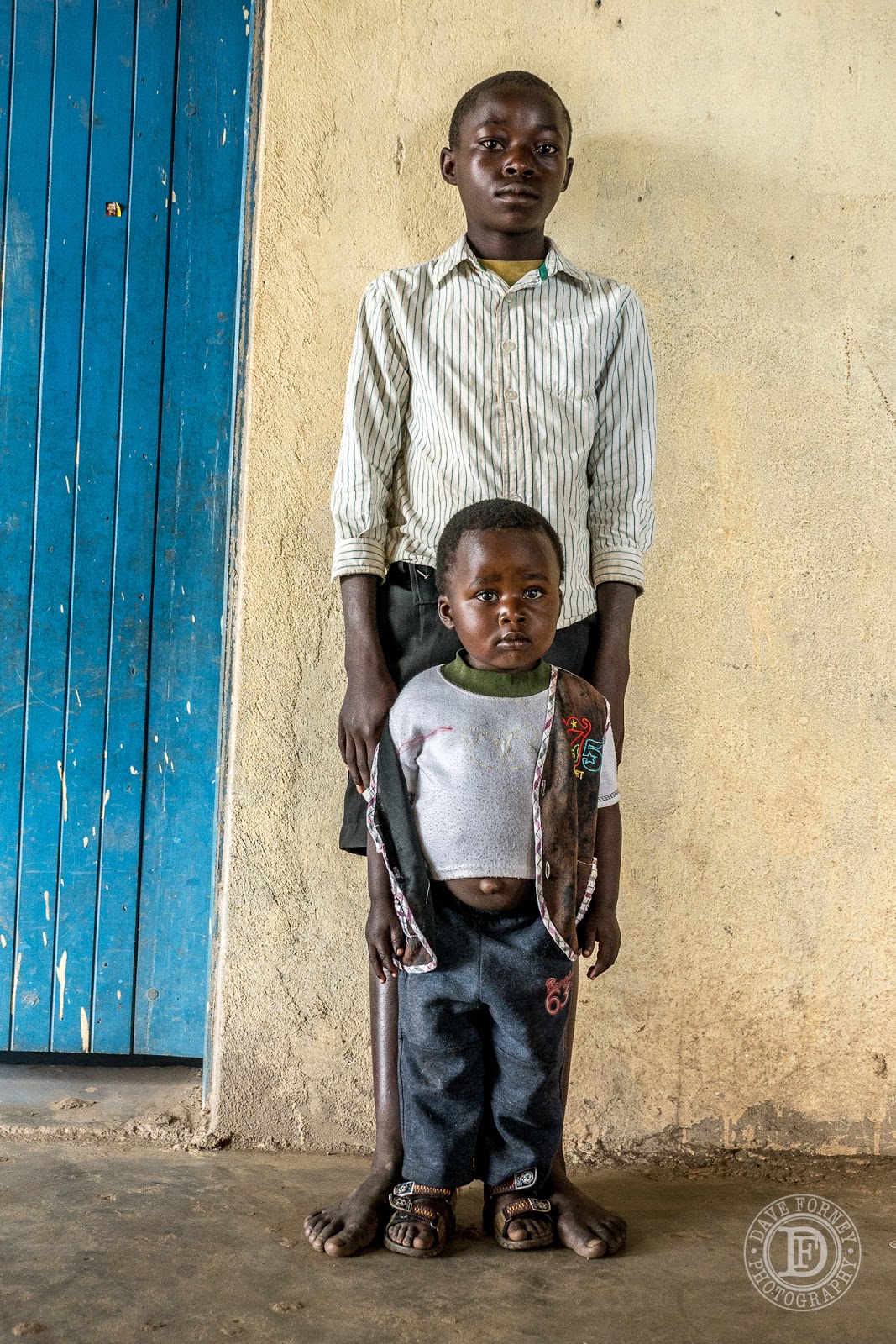 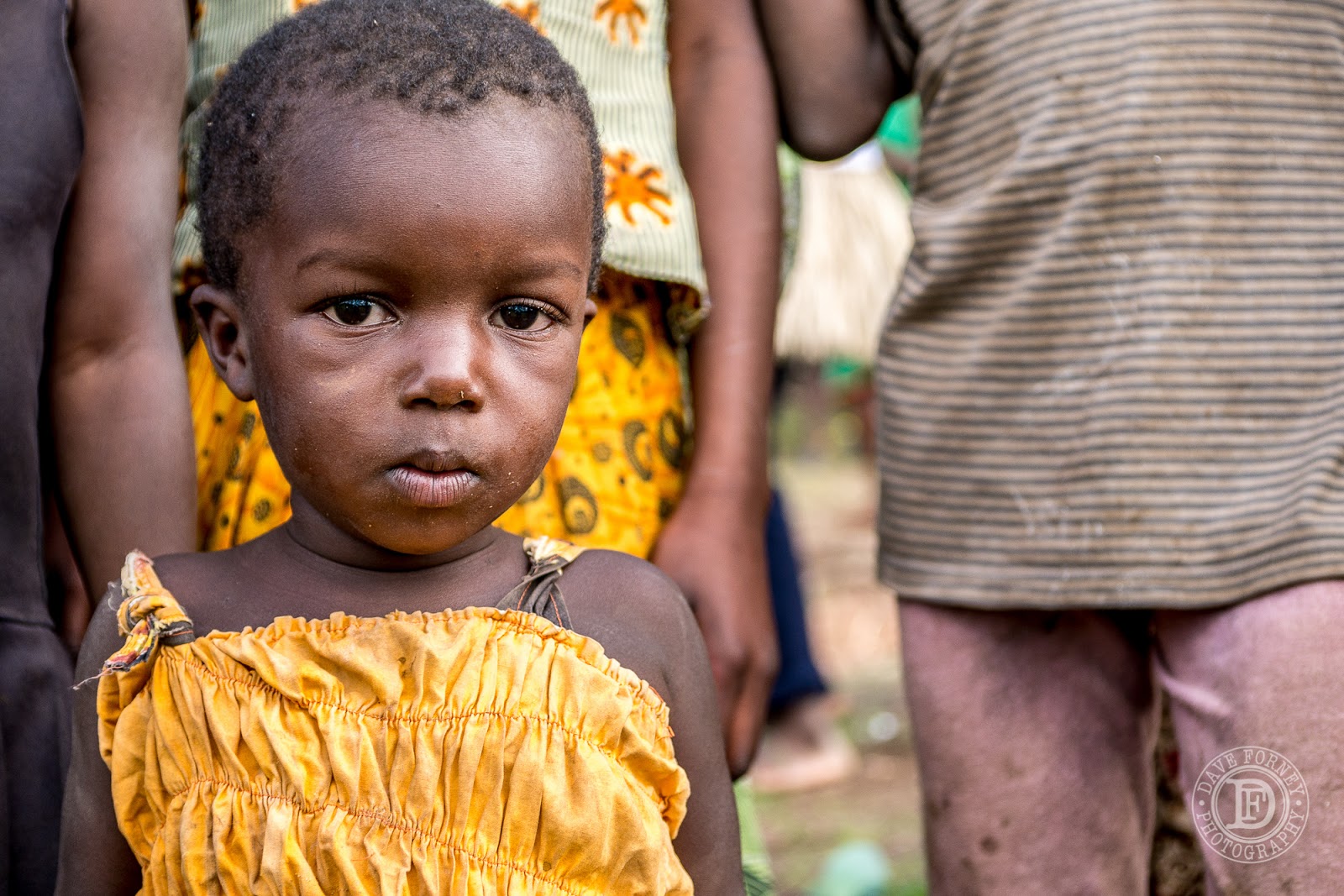 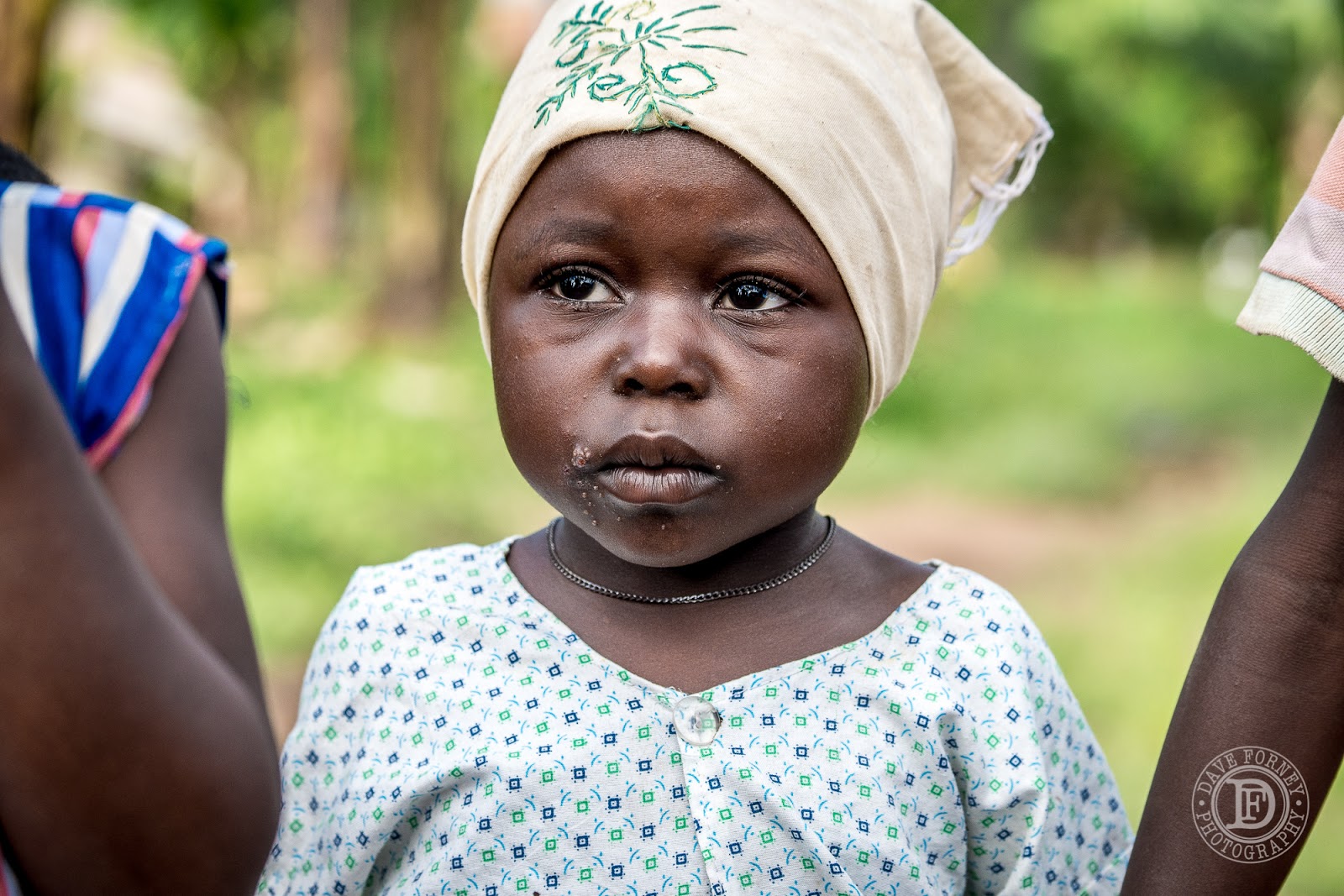 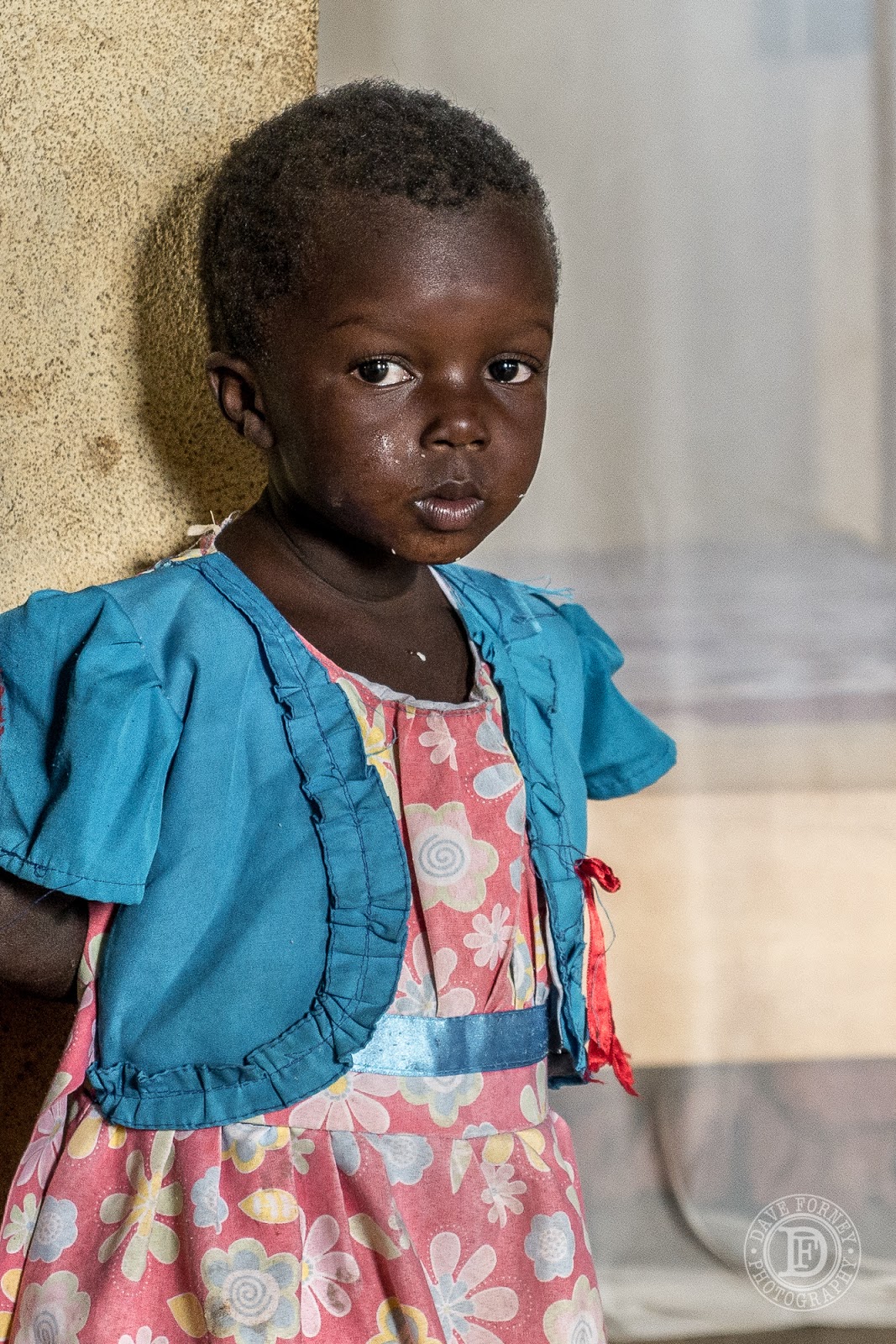 At the end of the second day we flew the team to the far Eastern side of Uganda near the border of Kenya, where they spent the next two days at some additional Compassion projects.  The weather was typical for this time of year--beautiful, but with heavy, isolated thunderstorms along the way. 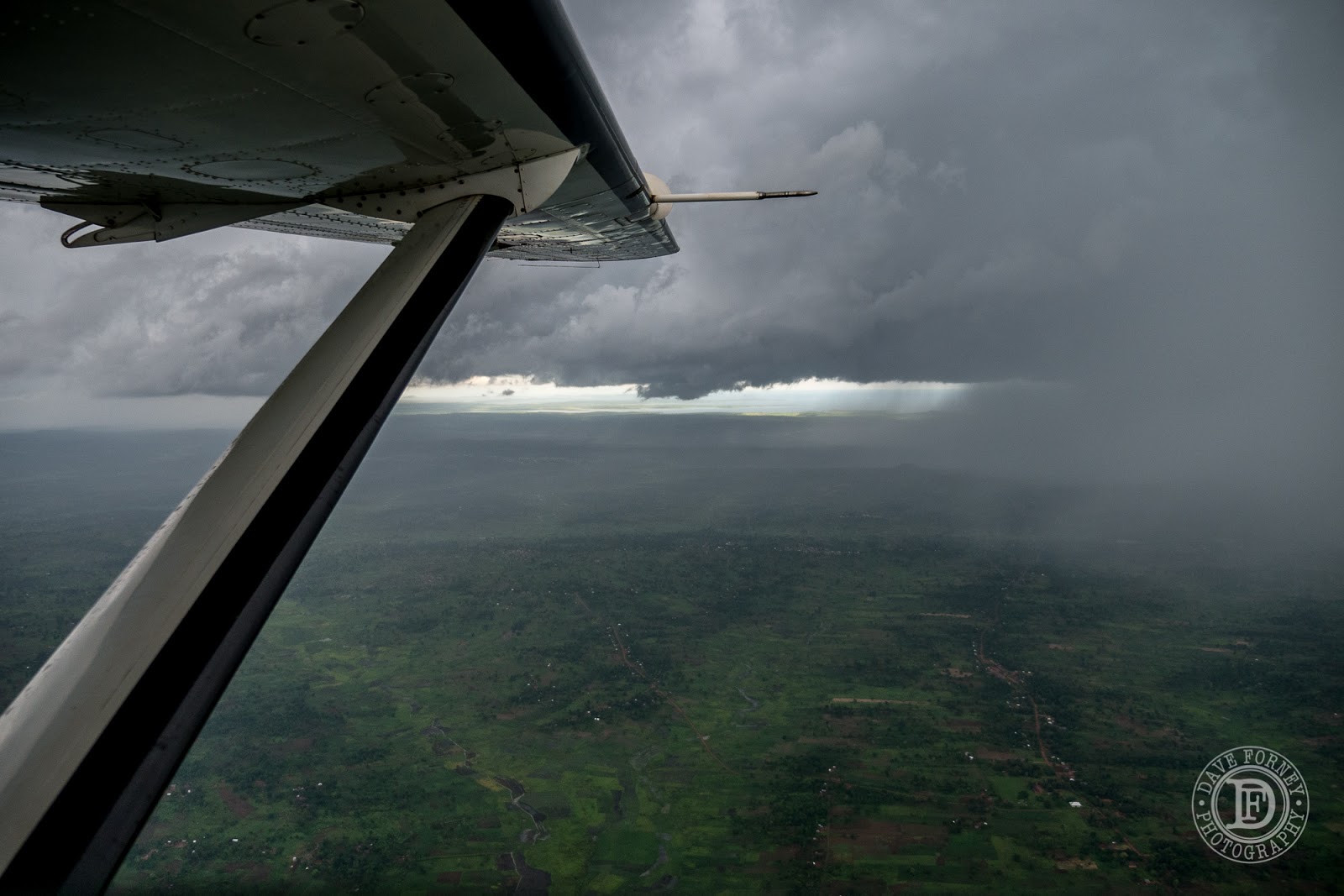 Here's the airstrip where we dropped them, and then picked them up again two days later.  We were blessed and encouraged to see and hear about the lives and communities being impacted and changed through the investments of Hillsong UK and their partnership with Compassion International and local church and community leaders. 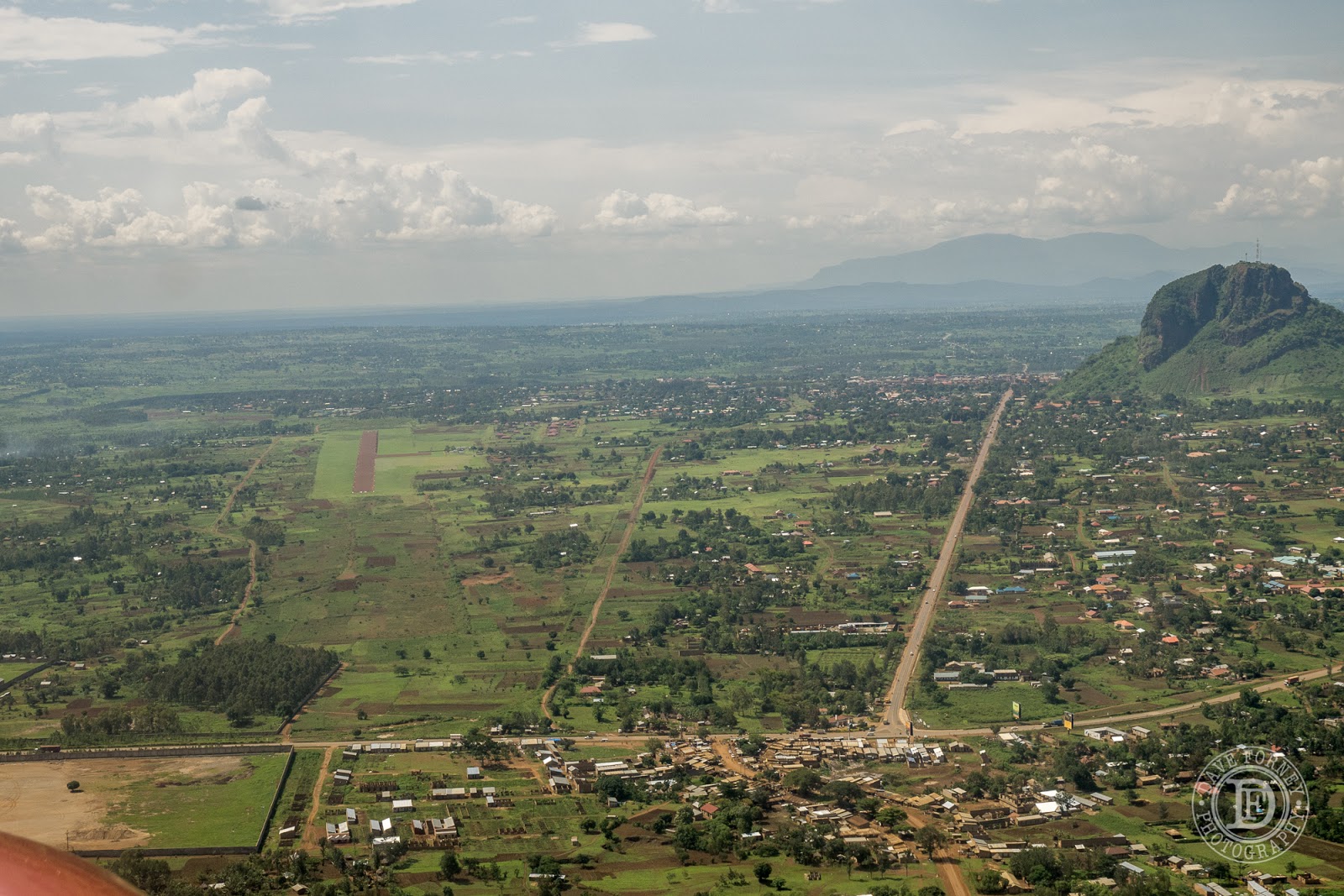