A few weeks ago my son, Hudson, got to ride along with me for a day of flying throughout Uganda. 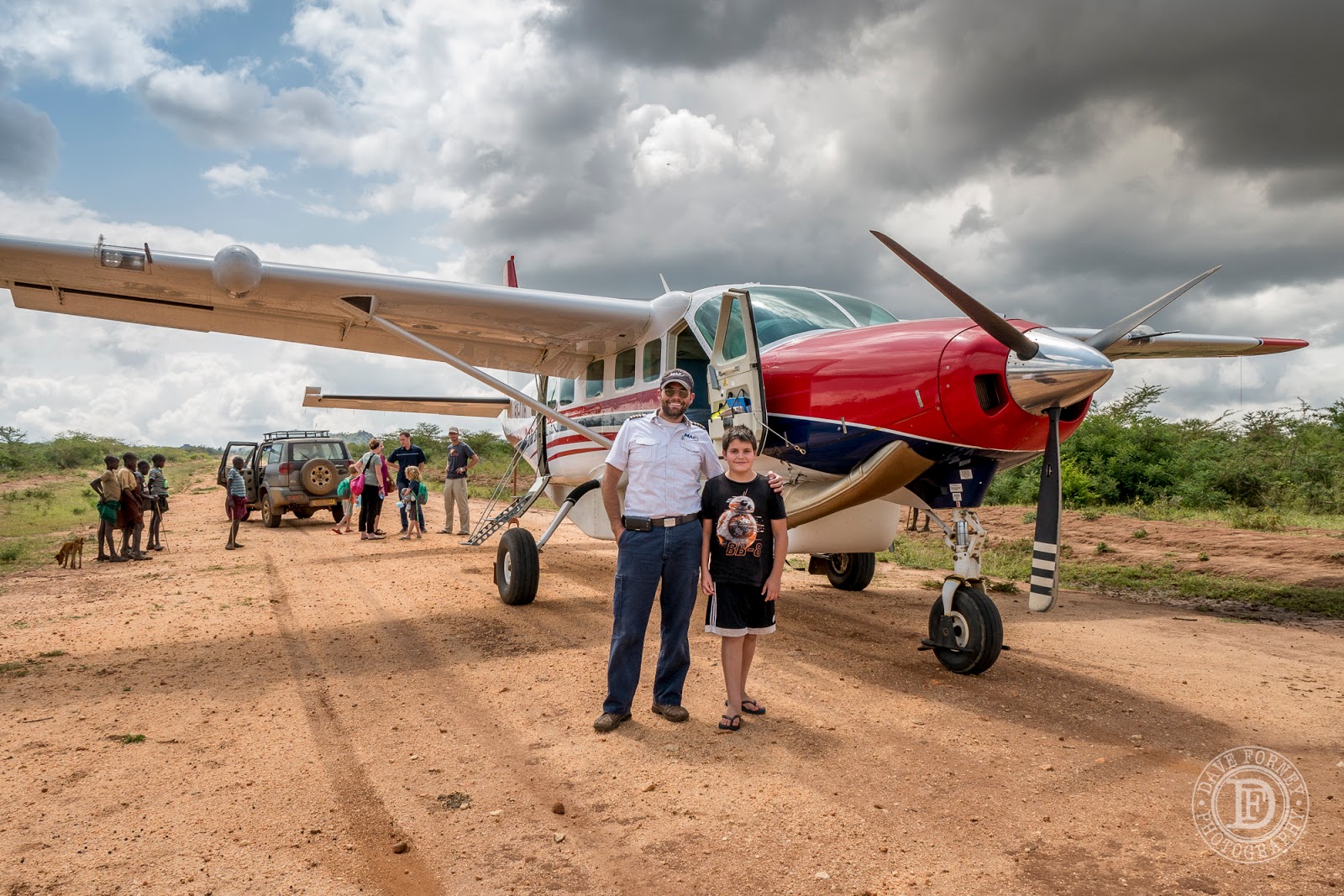 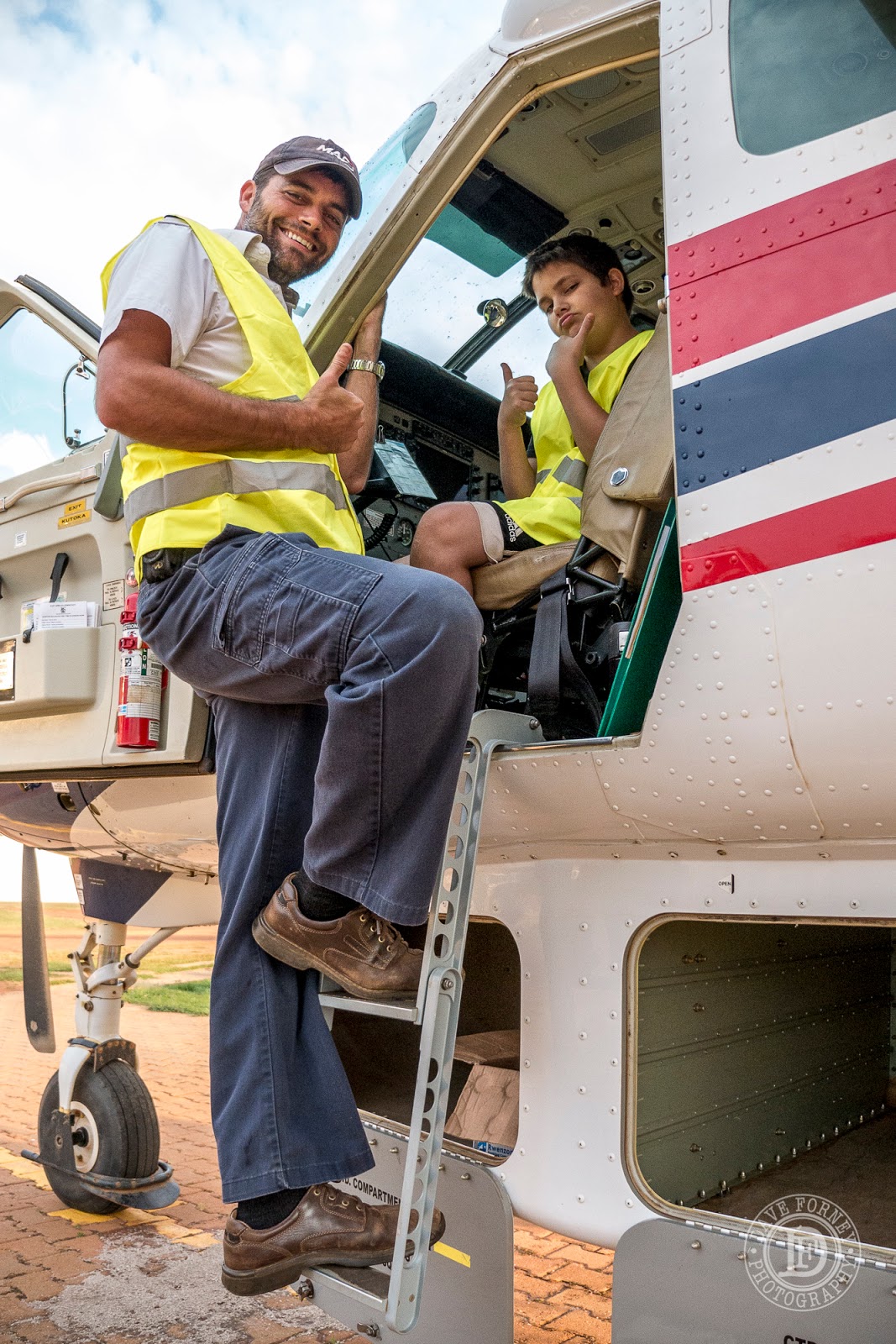 Hudson dreams of being a pilot one day... possibly a missionary pilot like his dad. He's got a real knack for technical things and frankly, I think he's gonna be a great pilot! 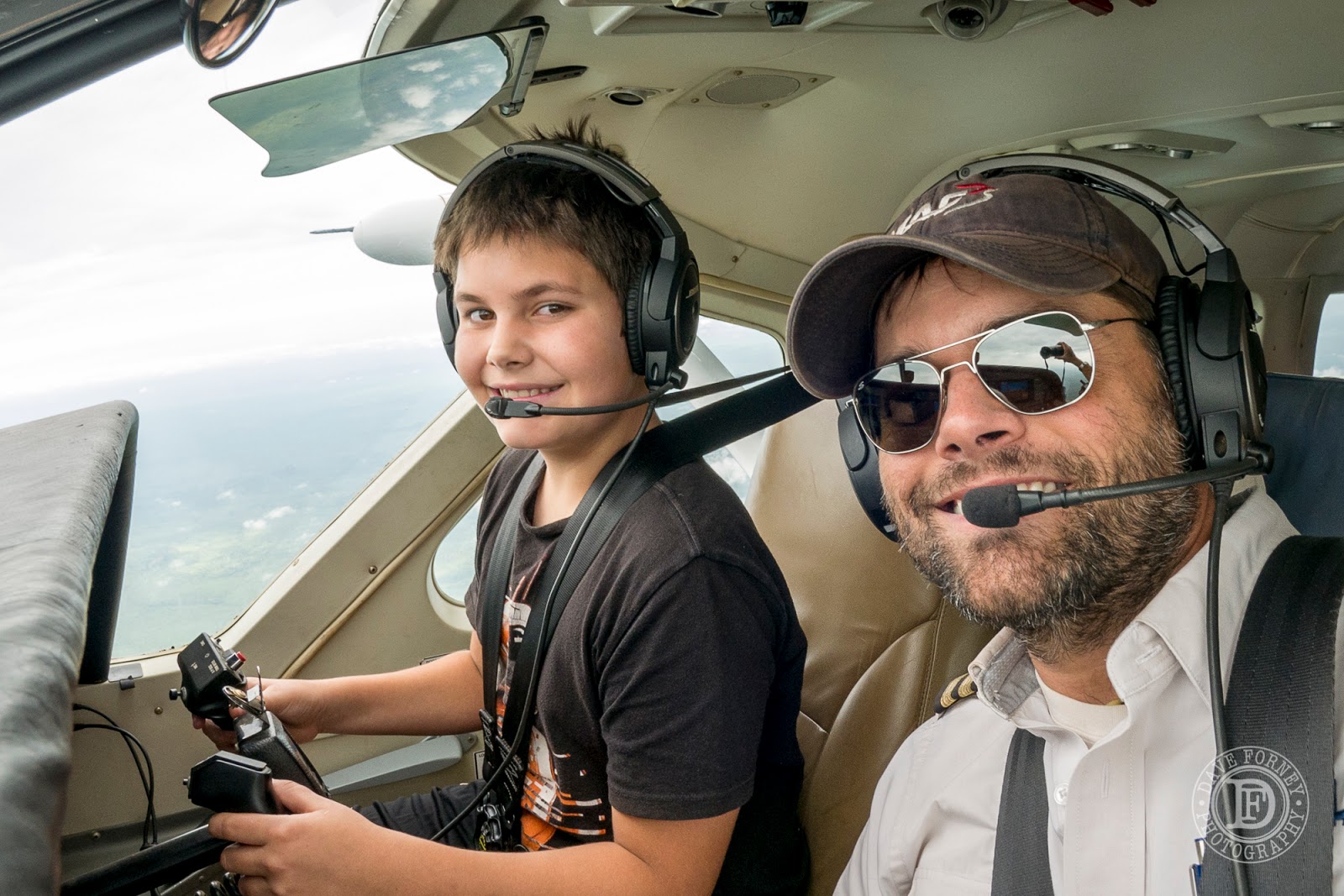 Hudson got to see much of Uganda that day, as we flew to seven different villages throughout the country. Here we are in Kalongo. Can you see Hudson in the copilot seat? 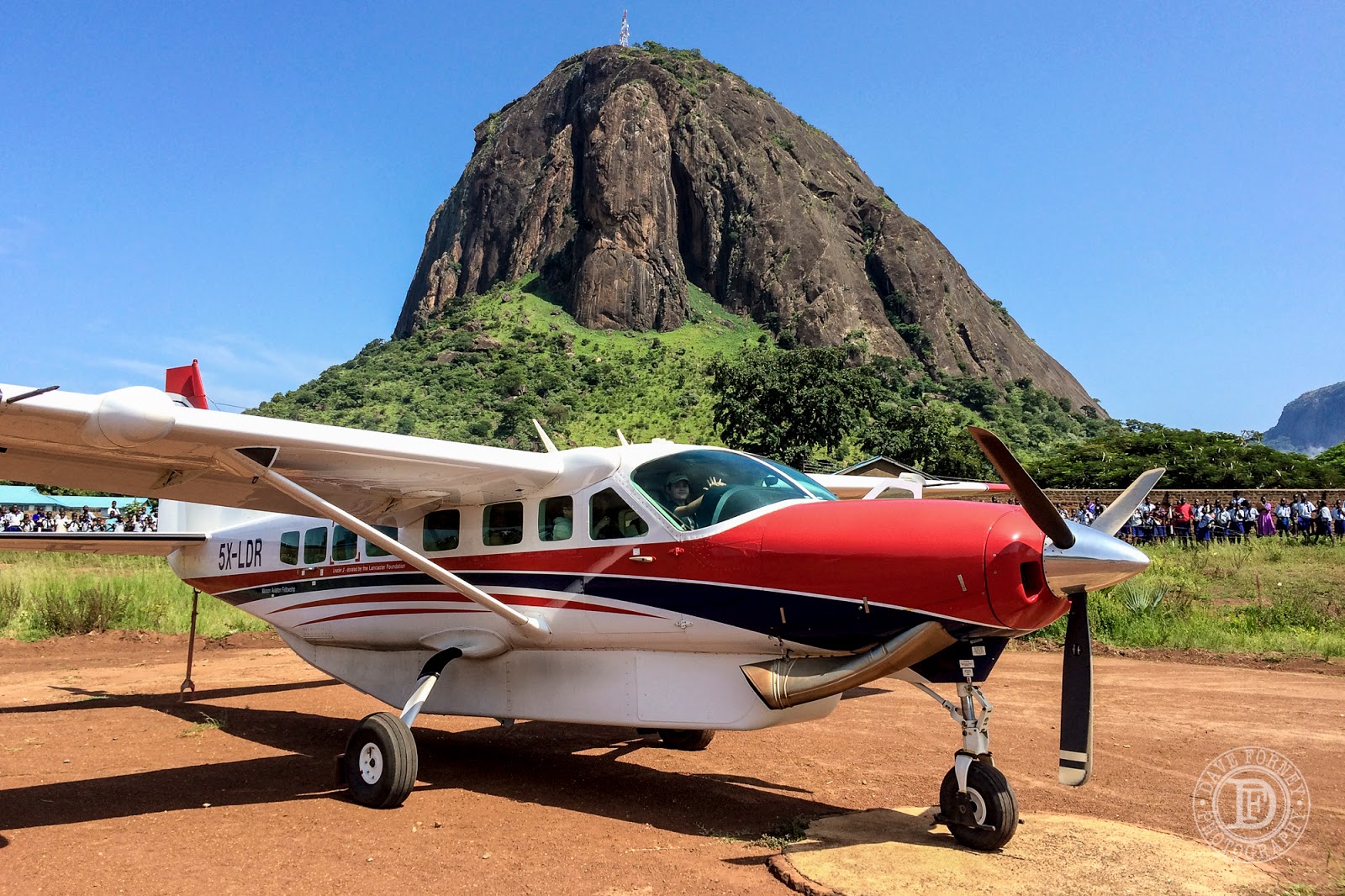 And here we are in Kaabong, in far northeastern Uganda, where we frequently fly IMB, AIM, and others. 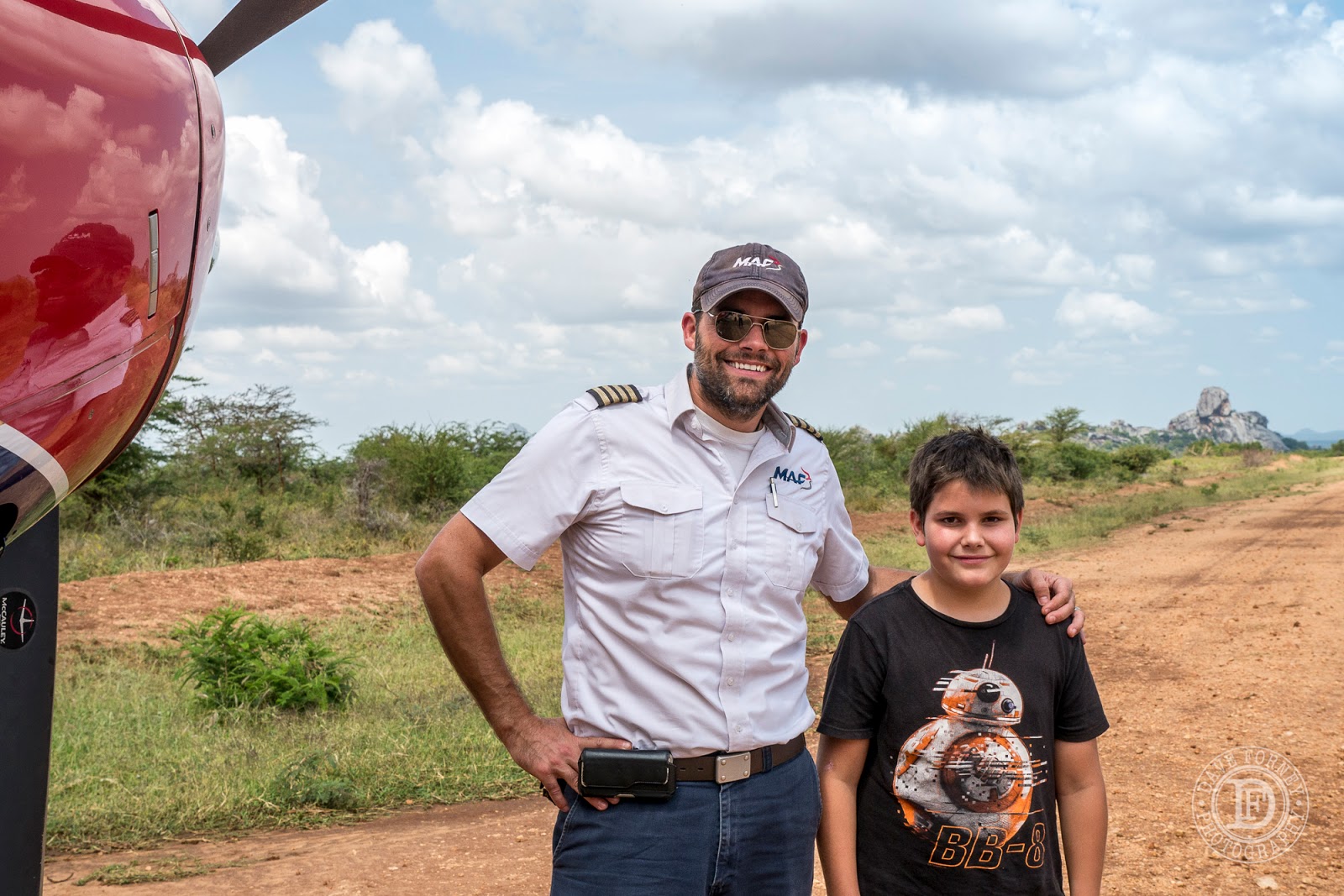 Recently I did an overnight flight to Tonj, South Sudan, for our friends from every Village ministry. It so happens that when I was there, they were celebrating the two year anniversary of the radio station that Every Village operates from Tonj. As part of the celebration, the Every Village radio station had sponsored a community-wide soccer (what the rest of the world calls football) tournament, and the evening I was there was the championship game. 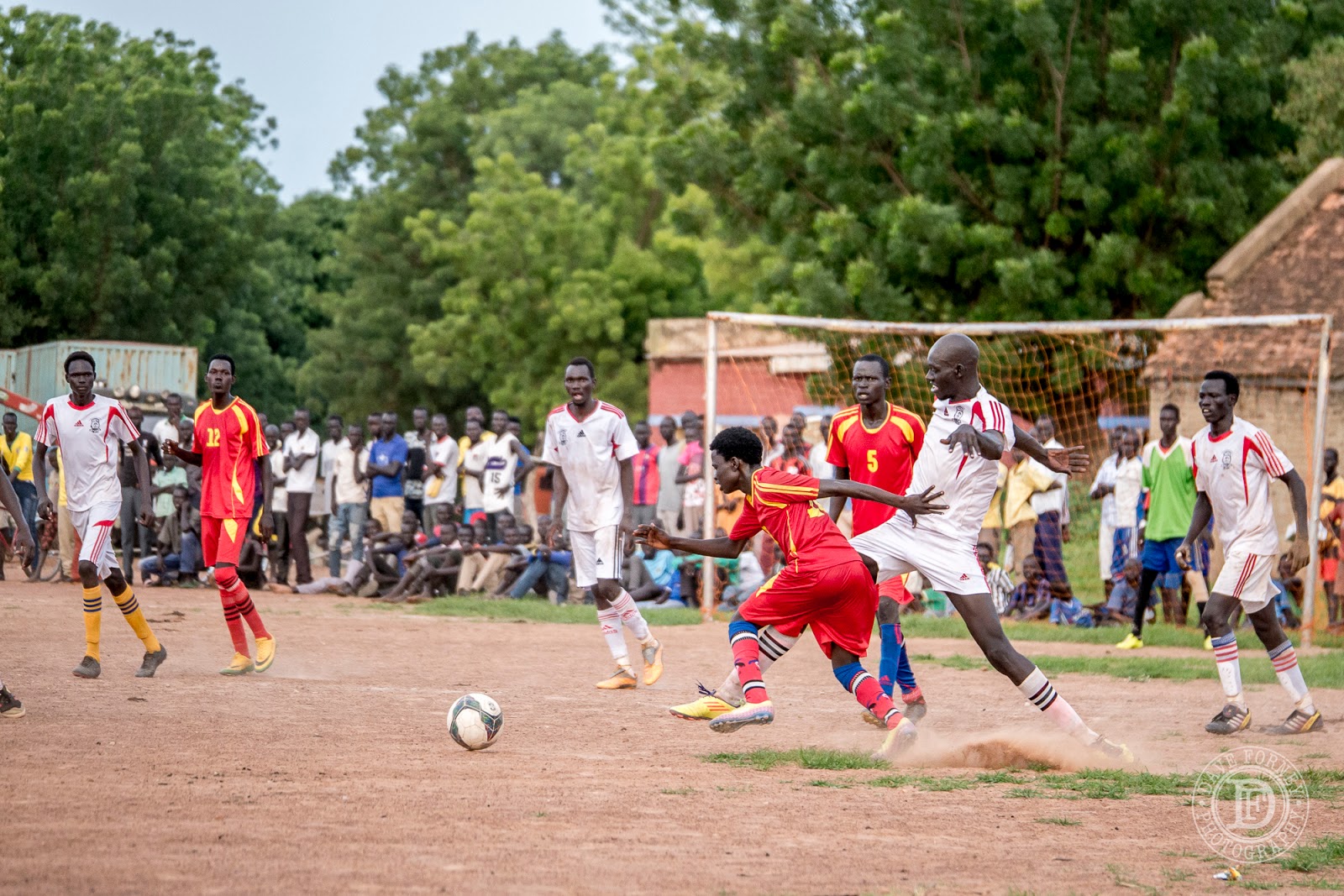 There was a huge crowd of people surrounding the entire dirt pitch, watching intently and cheering their favorite players and team. 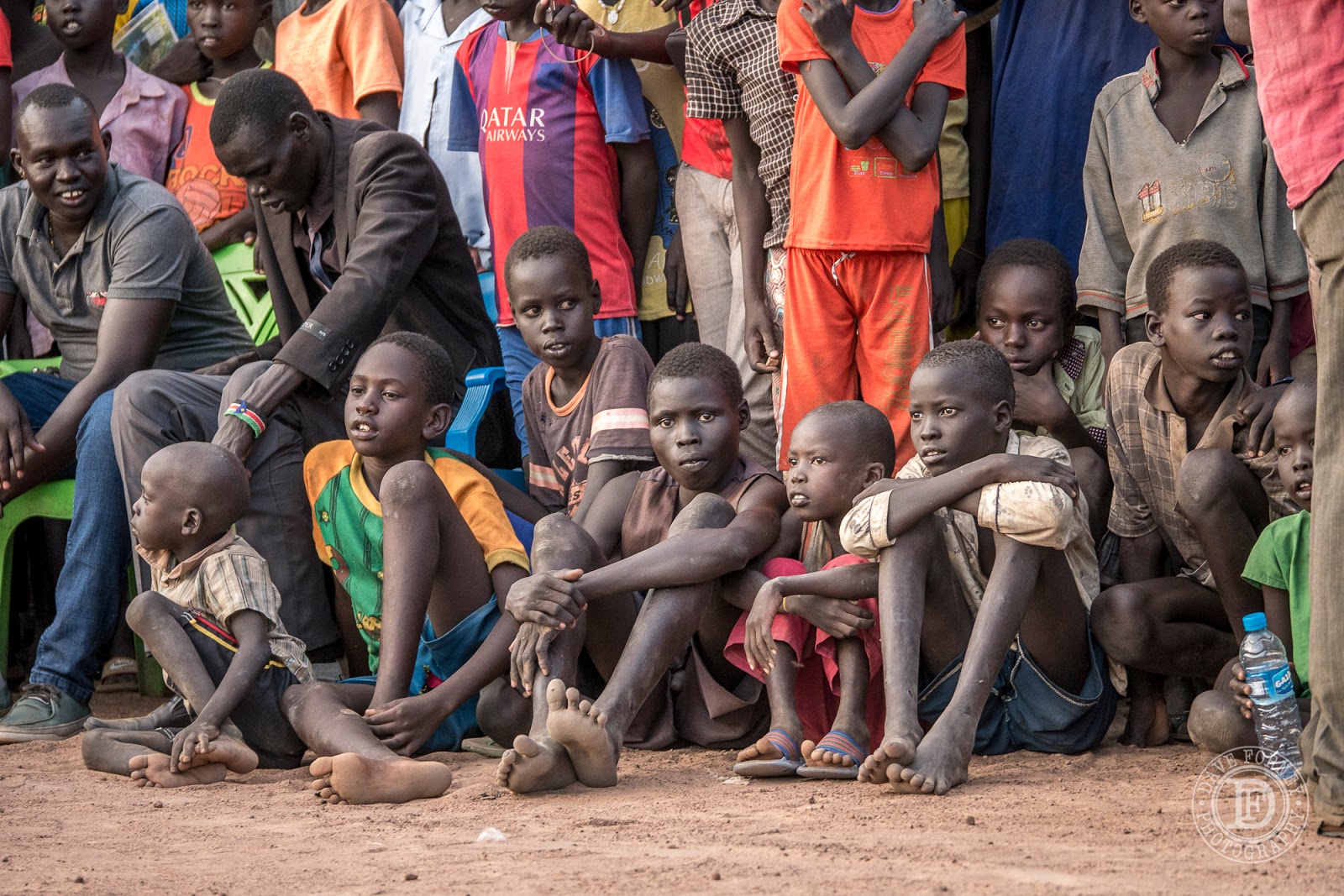 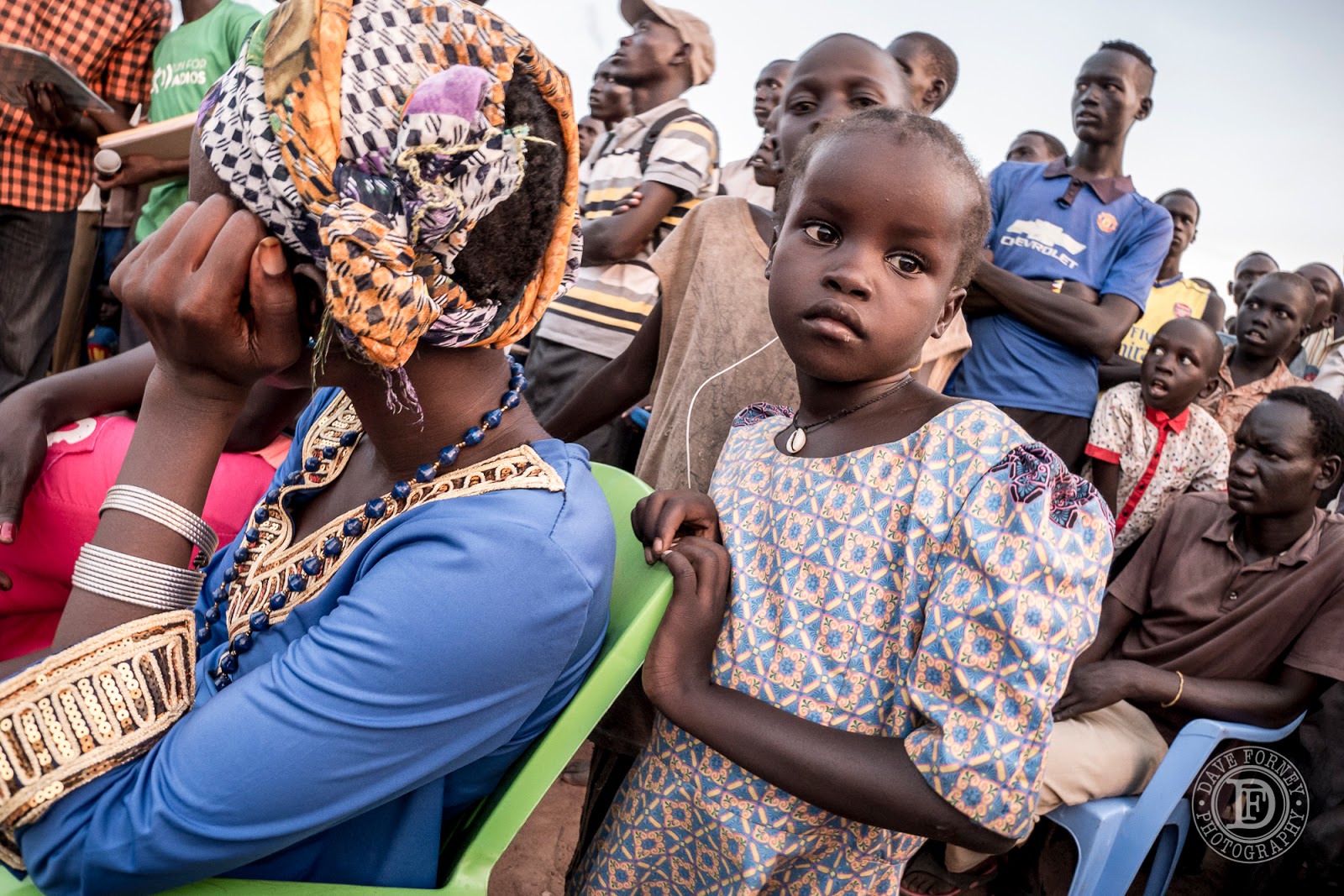 It was great fun! I've played football since I was knee-high to a grasshopper, growing up in Brazil, so I had a great time, along with everyone else, watching these guys play some great ball.

After the game, as the sun was setting, the entire crowd gathered around for the awards ceremony. 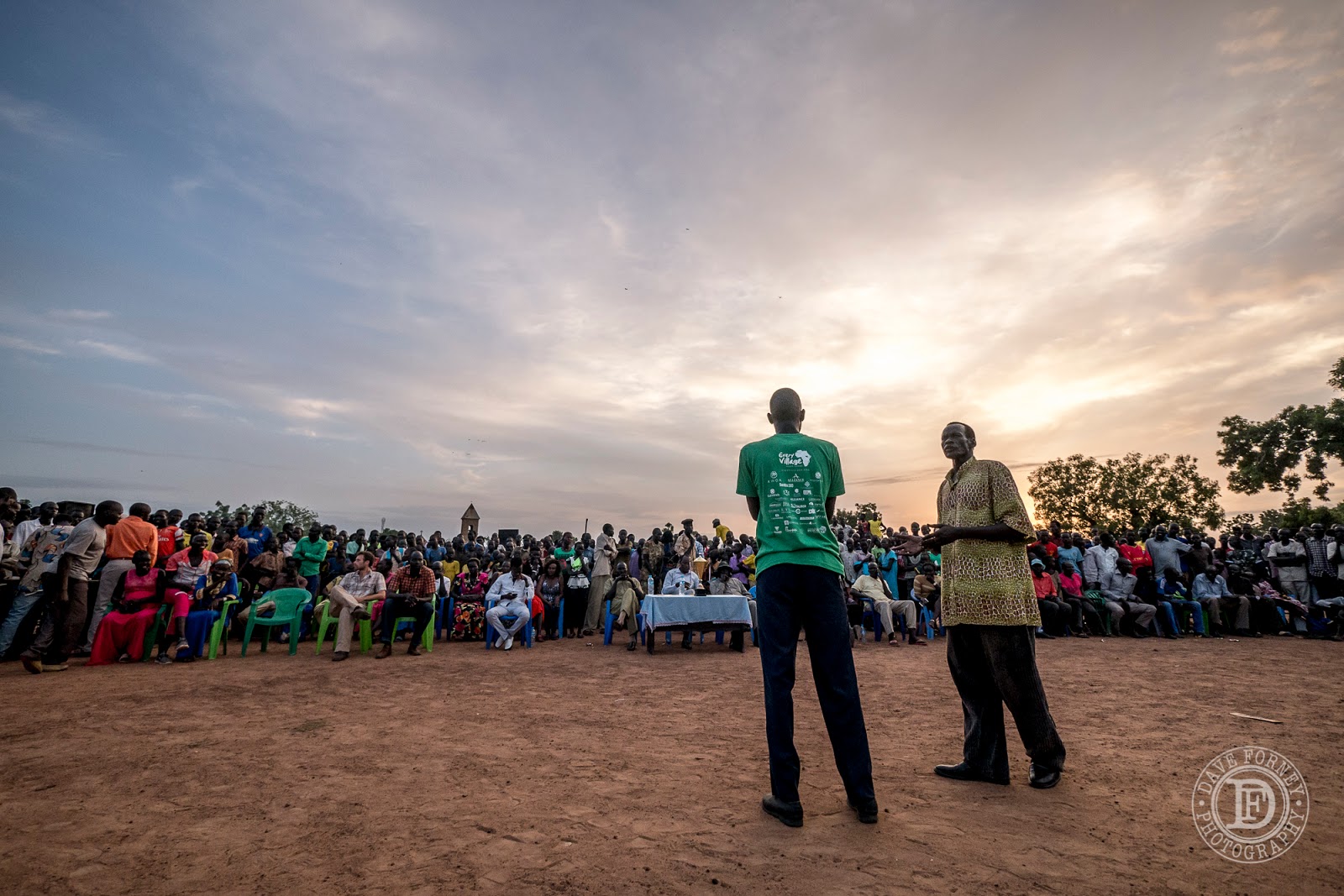 The folks from the Every Village radio station gave a few speeches (here, our good friends Andrew and Daniel are speaking) talking about the radio station, who they are, and what they do and why, and about peace for the country, and things like that. Then, together with the Governor, and others, they handed out certificates, and finally the trophy. It was fun to see so much excitement and enthusiasm. Last week we said goodbye to our really good Ugandan friend Carole, who has been working for MAF Uganda for many years. Turns out she is moving to America! We hosted (together with some of her friends and family) a going-away party, at our house. Carole is the one in the lower, center, in pink. 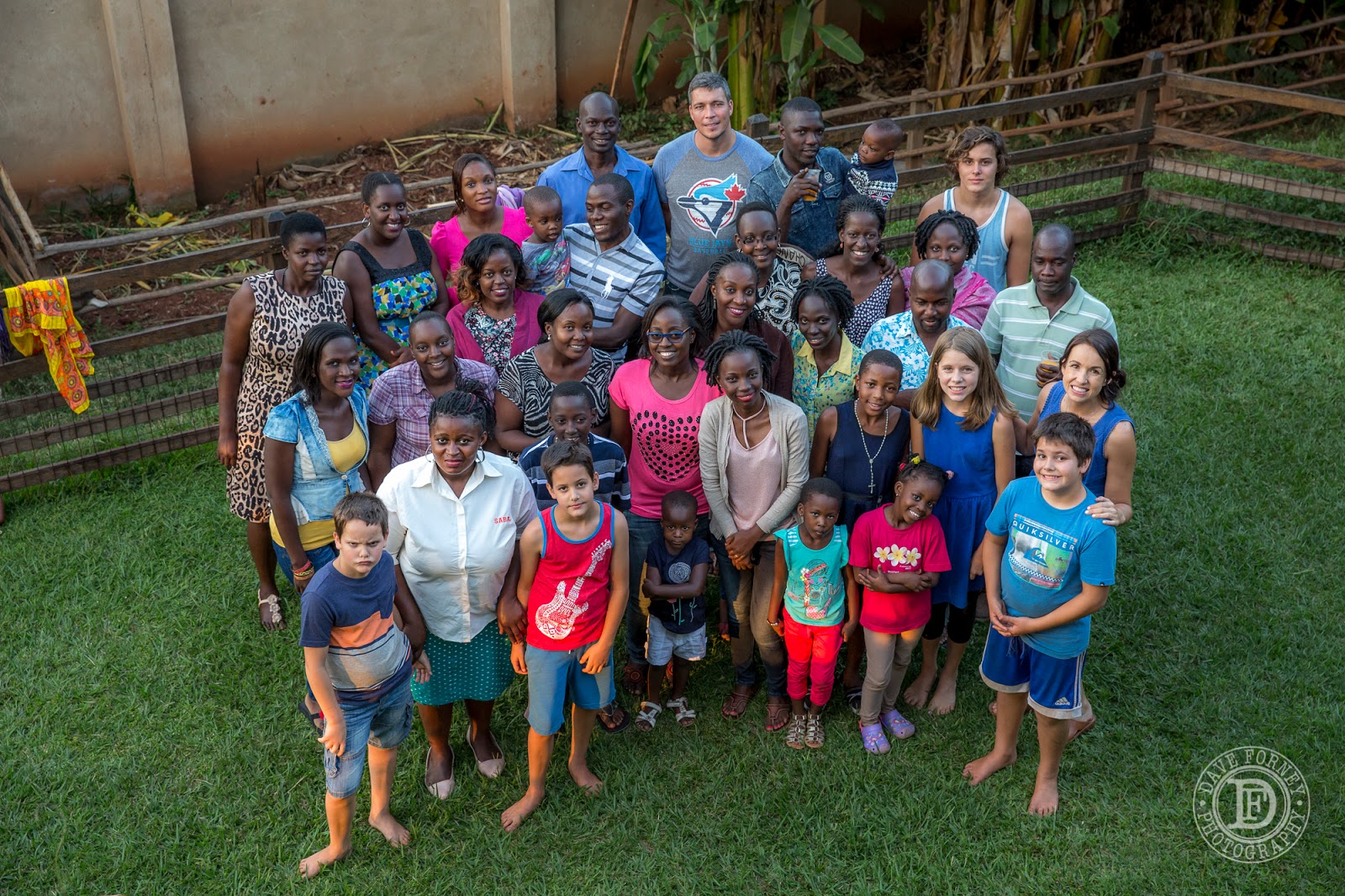 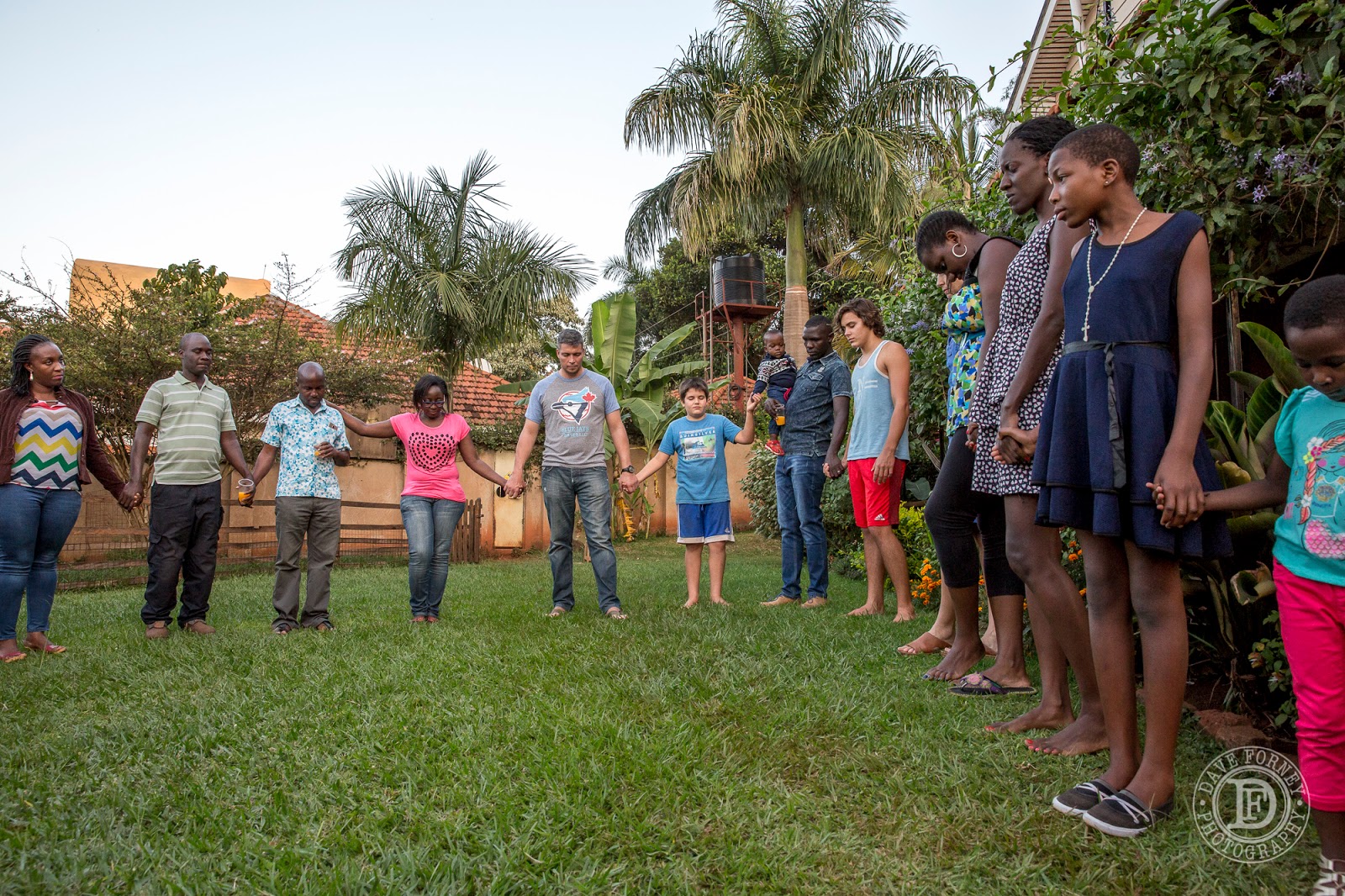 We will really miss Carole, but we are excited for her new life in the U.S., and for what God has in store for her there. Here's a nice shot of Joy and Carole. 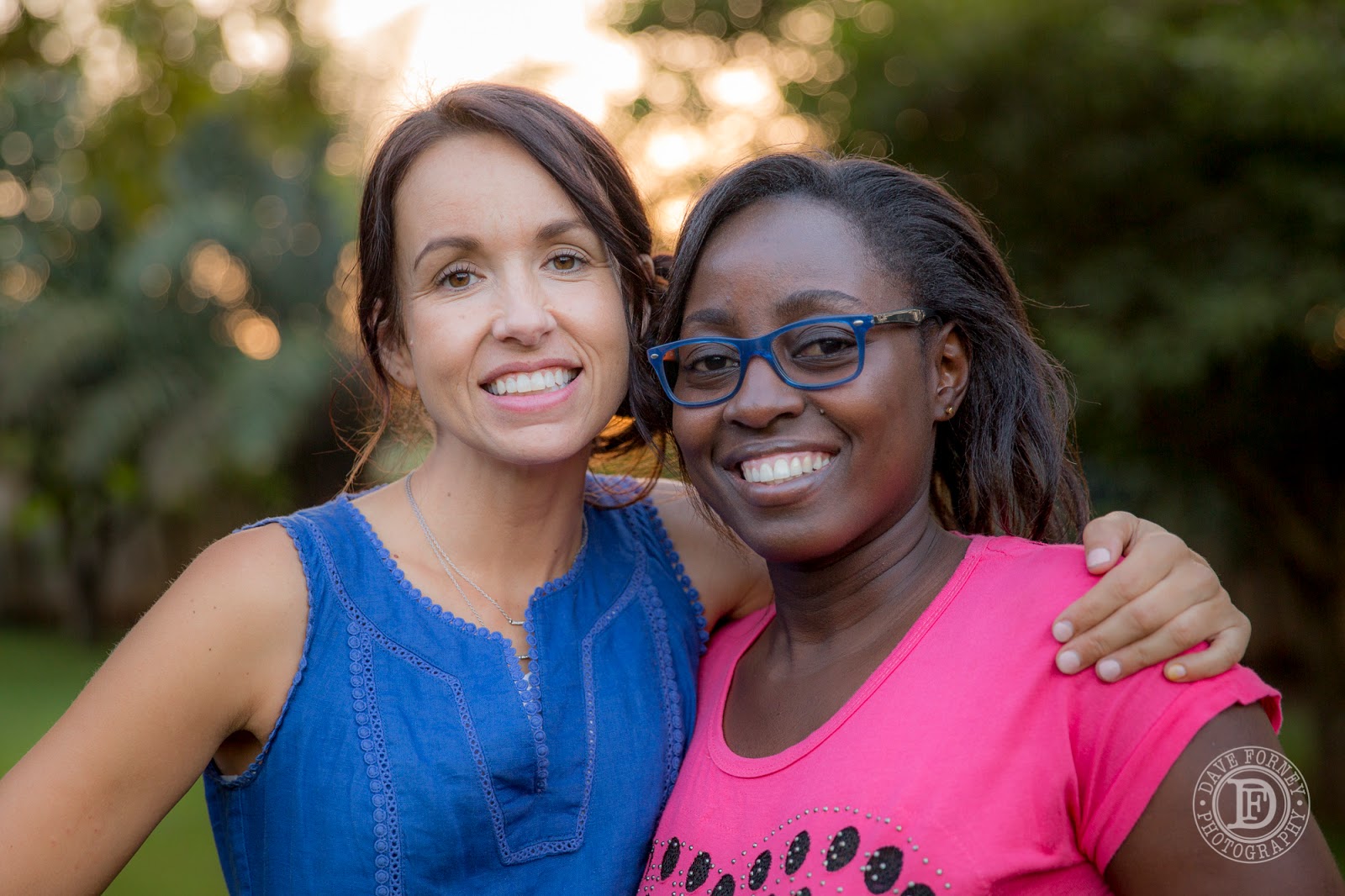 And here's a shot of Joy with our good friend, Evelyn (who is our MAF Uganda receptionist) and her sister Sheila. 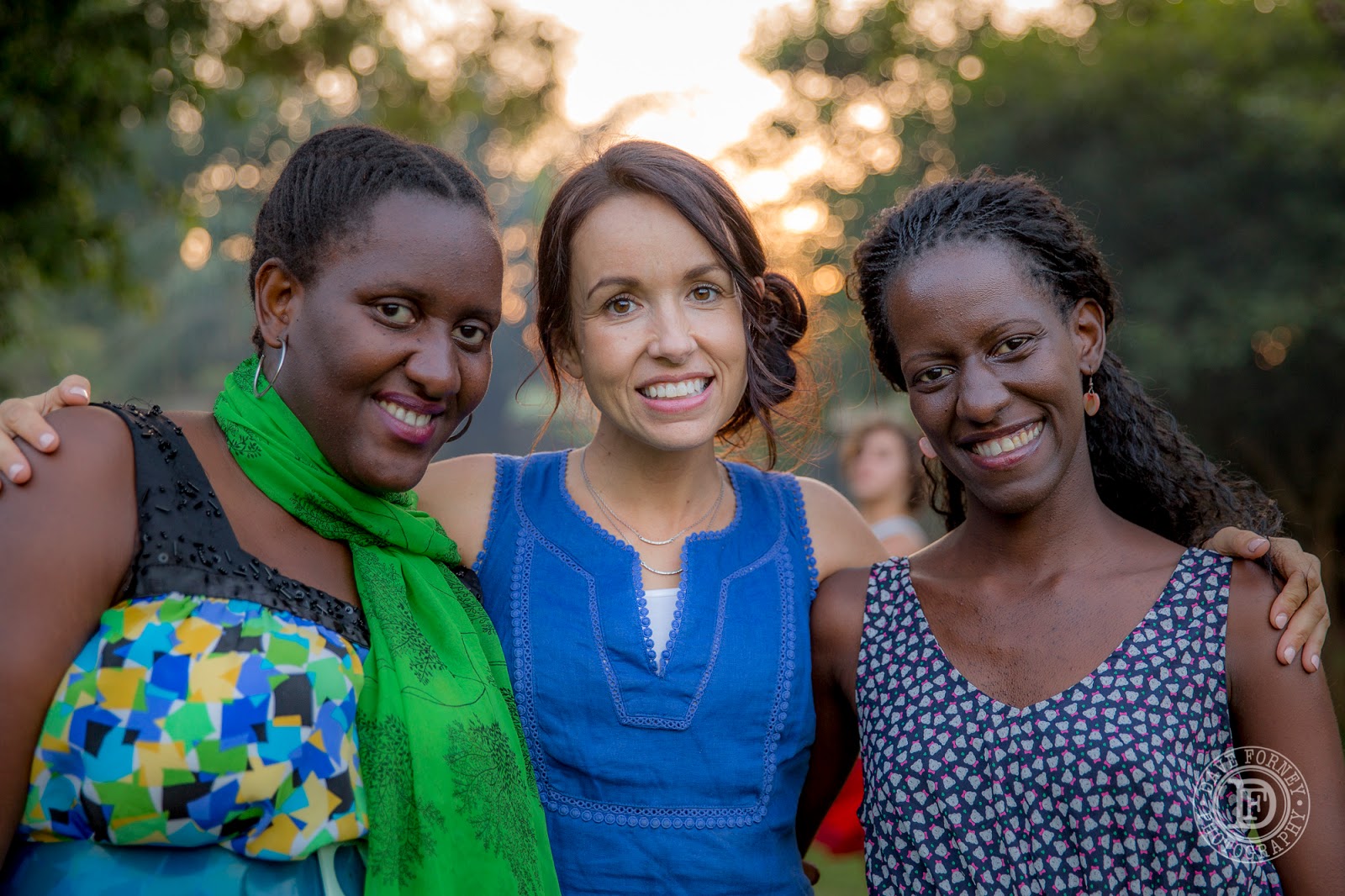