Last Saturday afternoon it was raining hard here at our house. Not so up on Mt. Hood, 30 minutes away. 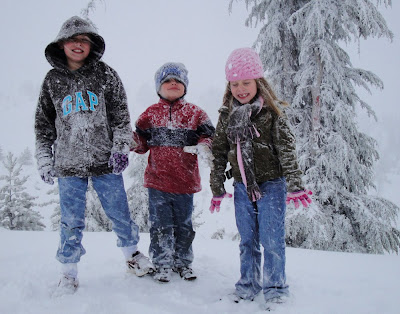 We piled the kids in the car and took them up the mountain where it was snowing hard! They had about two feet of new snow up there, and man was it cold. 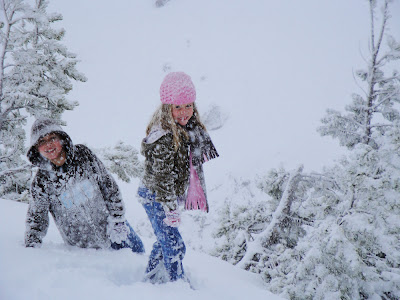 The kids were so excited. This was the first time the twins have seen snow, and Hudson and Hannah don't remember seeing it before. 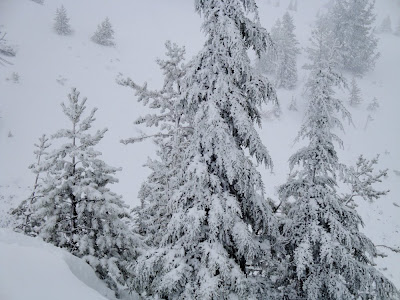 The twins only lasted about 30 seconds. Then they declared that they don't like snow. Joy never even made it out of the van. The other kids and I braved the driving snow for about 30 minutes, having found a drift that was about four feet deep. We were frozen solid by the time we left. Of course, it doesn't help that we only have tennis shoes, jeans and light sweatshirts and jackets. :) Good thing it was still raining and warmer down where we live. 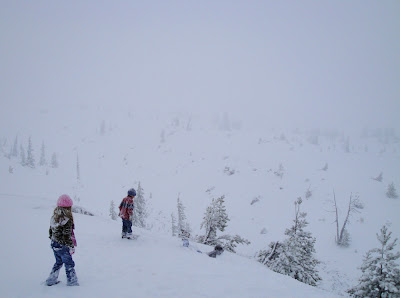 It's hard to believe that six years ago we were living above the Arctic Circle, where temperatures like this would have seemed balmy! Guess we've acclimated to the tropics.
Posted by Dave at 8:47 PM

Hey Joy and Dave - Glad to see you are surviving the cold. Looks like fun in the snow. Great pictures!
We continue to remember your health Joy in our prayers.
Thanks for keeping us updated while you're home.

Nice blog...you know...you can can make a free website or blog at 000webhost and they have a lot of beautiful templates comparing to blogger, my personal opinion is that this really is the best of the best in free web hosting.