As I mentioned, last week our good friend, Orpa, got married. 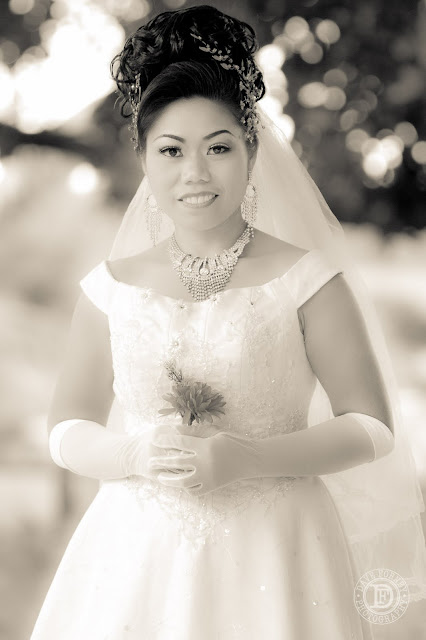 For many years she has been the house helper to the Holstens, our friends and fellow MAFers that live next door.  She also happens to be the older sister of our helper, Abi.  They're actually from Sulawesi, which is an entirely different island and a long way from here.  Orpa has become like family to the Holstens, just as Abi has to us. 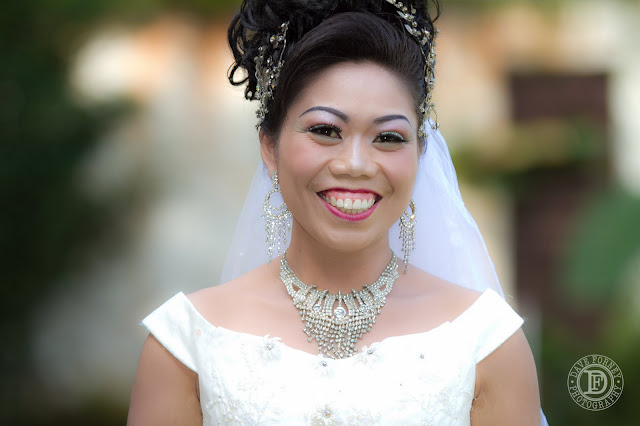 So when Orpa got married, the Holstens said it was like having their own daughter get married.  And in fact, they did play a big part in the wedding. 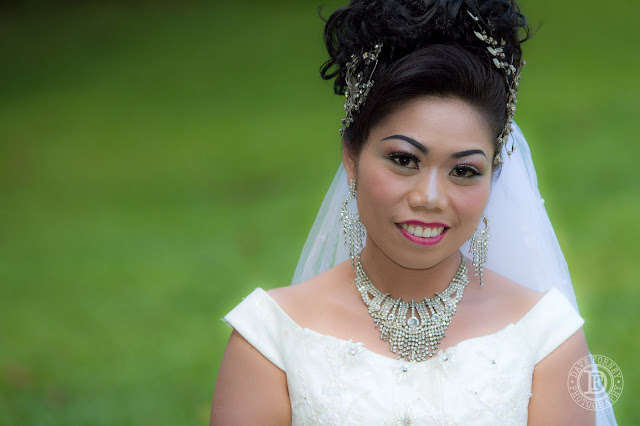 Holstens asked if I could take of Orpa right before the wedding.  Doesn't she look like she's glowing?  I think that's exactly how a girl should look on her wedding day--glowing and excited and joyous! 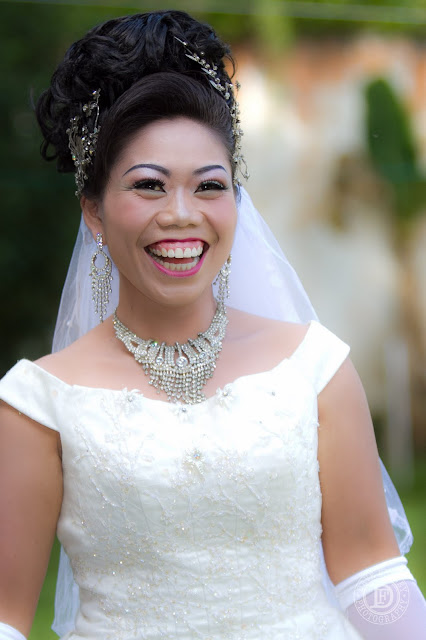 I also took pictures of the families, together with Orpa.  I'm not going to show them all, b/c there's a lot of them!  But here's one of Dave and Natalie, along with Orpa, all being silly.  It was funny because people here tend to not smile in photos.  In fact, they like to pose stoically, or seriously.  It reminds me of those old photos you see from the 1800s.  Well, anyway, we made it our mission to get the "real Orpa" to come out.  She's such a bubbly person normally, and often laughing, so we weren't going to settle for the serious pictures.  Hence the spontaneous peace sign--another very common thing in pictures here.  We had her laughing in all of the above photos as well.  Those really capture who she is! 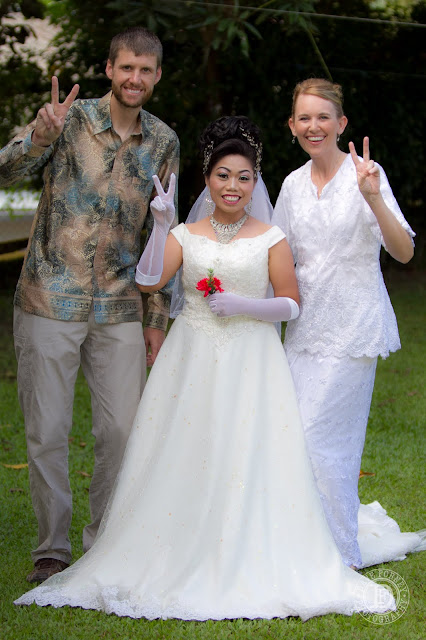 After the wedding there was a reception down the road.  We got there 10 minutes after it "started" (it's set up more like a come-and-go when you want after 7:00pm type of thing).  Already there was a long line out onto the road.  This picture is looking back towards the road, through the palm frond under which you entered.  I'll give you a brief idea what happens at a reception like this. 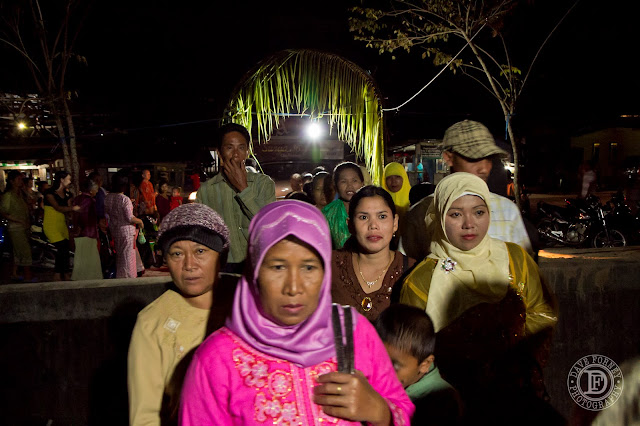 After slowly making your way through the line from the road into the make-shift meeting area (fancy tarps and lights hung up next to a house), you're given a heaping pile of rice and a variety of meat and veggie stuff to put on top of it. 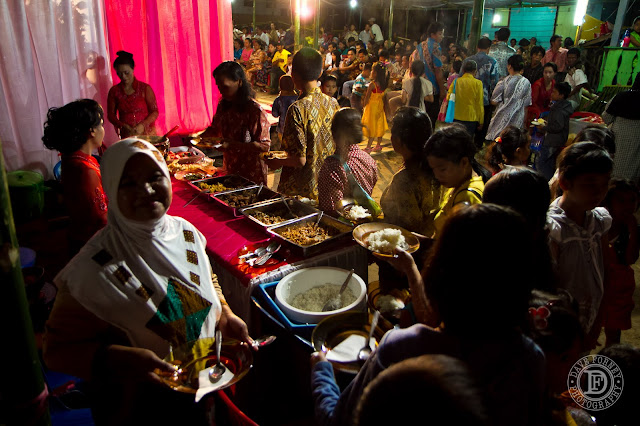 Then, while you sit in the crowd and eat, there's various types of entertainment going on.  It's very loud and ramai (busy).  Here, the young ladies are doing a traditional Toraga dance from their home area in Sulawesi.  To the left is Dorkas, the younger sister of Orpa and Abi.  In the middle is Abi, who as I mentioned earlier is Joy's wonderful helper and friend. 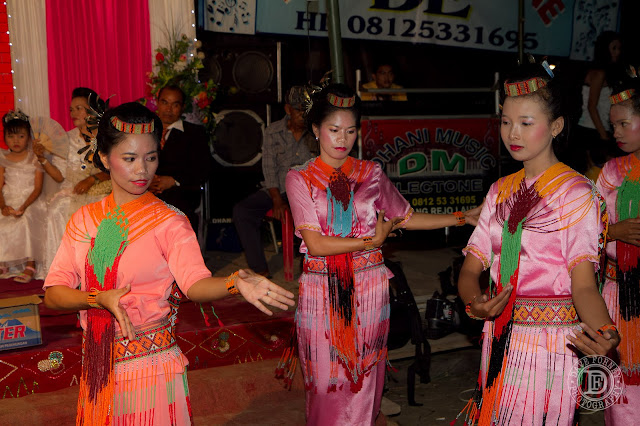 Meanwhile, sitting up on the stage, the bride and groom look on, waiting for the next wave of people who decide it's time to leave.  Before leaving, you file up onto the stage and shake everyone's hands (the families are also up on the stage and other "important players" are in a line down below and to the side of the stage).  You also drop an envelope containing your money gift into the gift box.  Then you leave.  It's all really pretty quick and crazy and loud and fun. 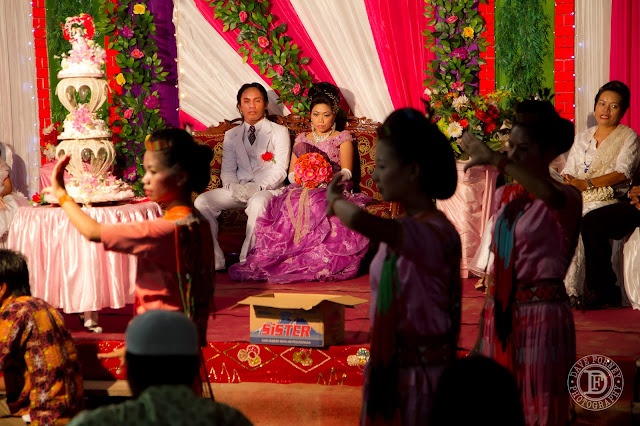 Here's Abi and Lina, her friend, all dressed up in their Toraganese outfits. 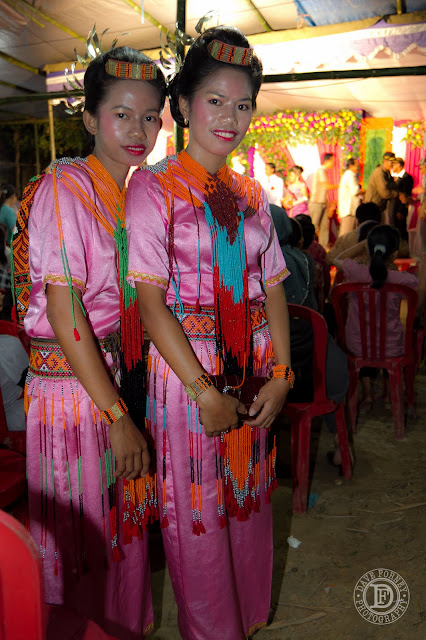 Yeah, they even had a disco ball thing (or maybe it was some sort of laser light thing) going crazy.  That's the source of all the green and red dots all over everyone.  You can see the people filing through shaking hands on the stage as they get ready to leave.  The whole thing went on for several hours like this, with hundreds and hundreds of people arriving, eating, greeting and leaving. 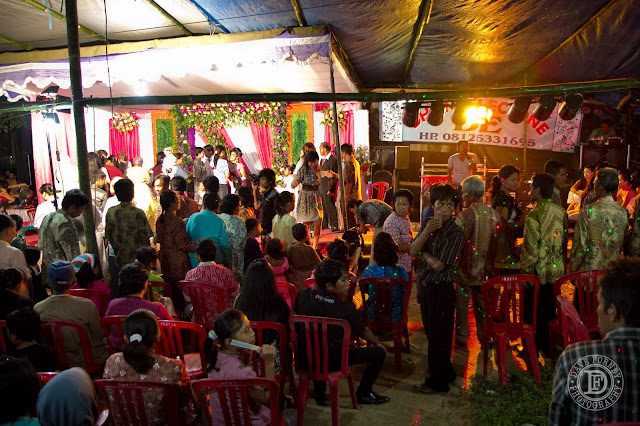 And here we are on our way out. 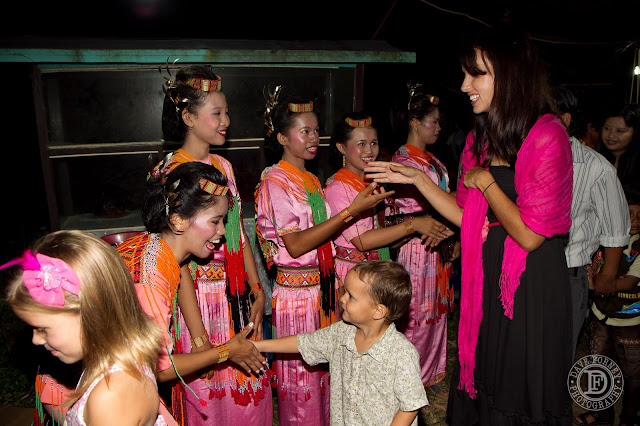 Email ThisBlogThis!Share to TwitterShare to FacebookShare to Pinterest
Labels: Friends And Neighbors

Aw, she's beautiful! Those outfits are interesting, too!

Loved this. Very interesting and the outfits are so colorful. Bride was radient!
I used to follow Joy's blog. Tell her I miss her blog. :)