Two weeks ago I ended my "A Day in the life of our Kodiak" post by promising you a few more pictures from the VBS activities in Pa'Upan.  Here's a shot of the MAFers and some of the kids that attended.  This was just after I landed at around 5:00pm, so only the kids that were there at the airstrip gathered for the picture.  Apparently this was only a fraction of them! 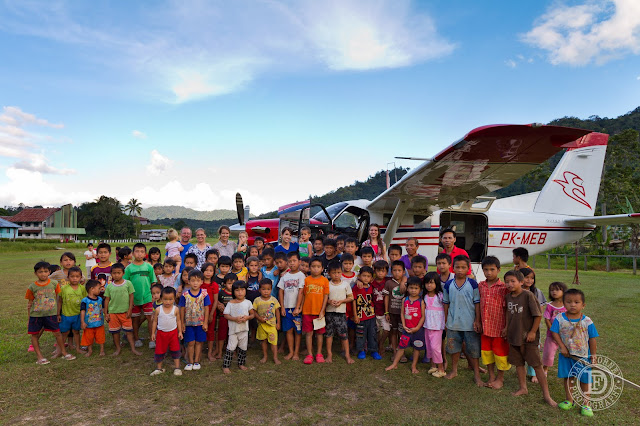 The village of Pa'Upan surrounds the little airstrip, with houses lining both sides of the grass runway. 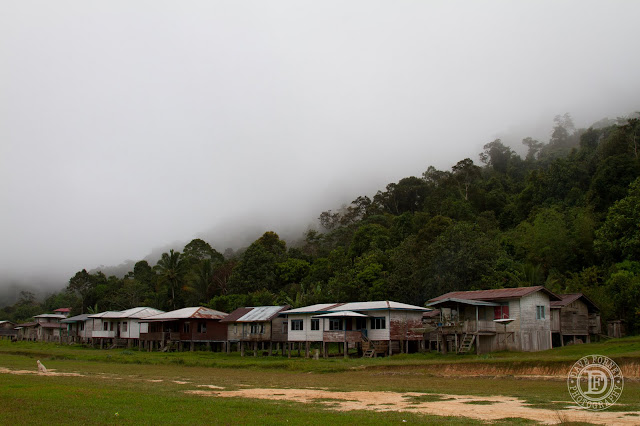 Since I was only there on Saturday evening and Sunday morning, I didn't get to see all that went on during the week, but I know that the last VBS classes on Sunday morning were pretty awesome.  Each of the MAF wives that went along played a role in teaching, games, music or whatever was needed.  Here Joy and Timo (our COM - Chief of Maintenance) are leading singing. 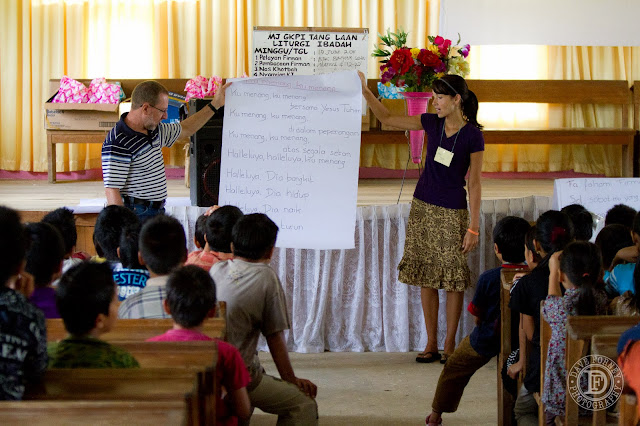 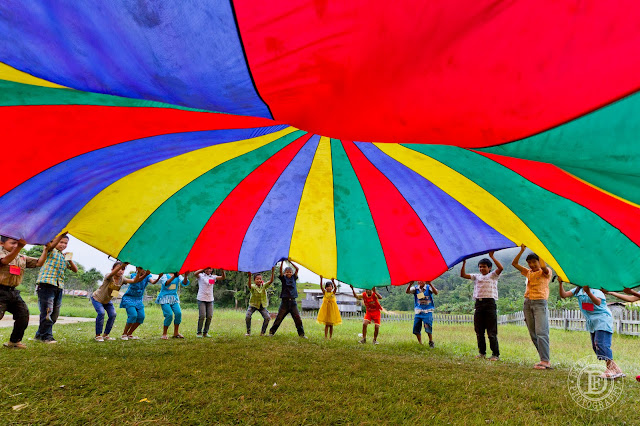 In the background is the Kodiak, waiting to take the team back to Tarakan on Sunday afternoon. 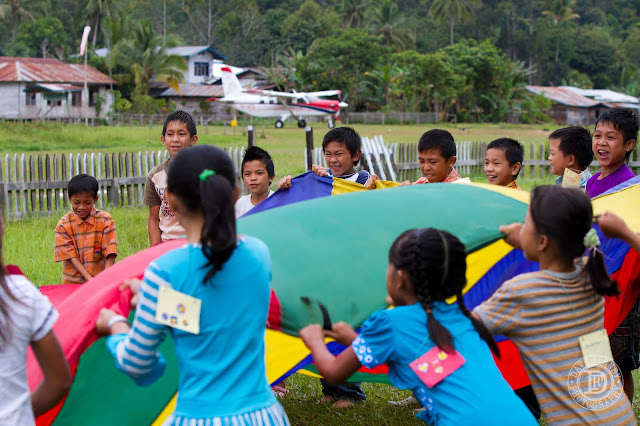 Timo showed some films.  Right now the kids are watching a bible story cartoon, which obviously has their full attention! 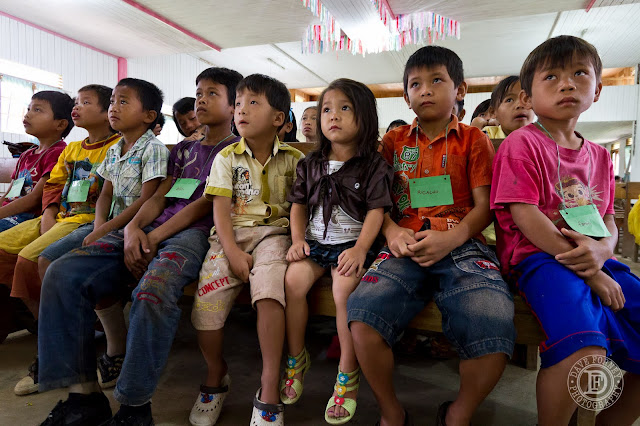 But the adults also love the films.  This was Saturday evening. 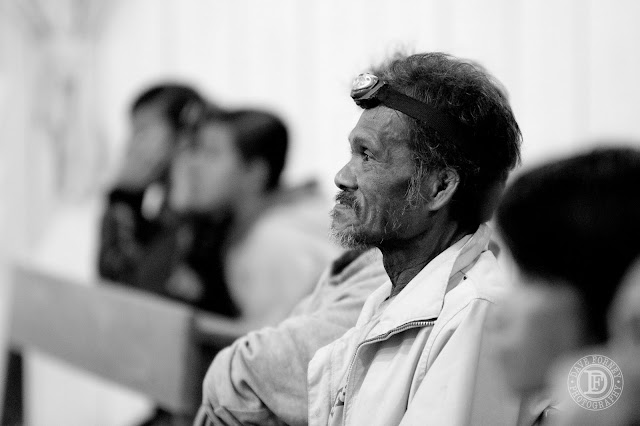 Hudson hanging out with a few of his Pa'Upan buddies. 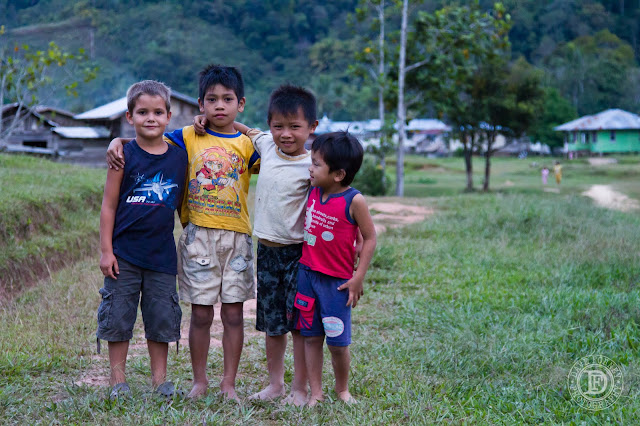 This is a typical scene anytime we go interior...sitting around the evening meal visiting.  The woven mats are used to cover the floor where you sit, and they often sleep on these same type of mats.  Light is provided by a single hanging bulb, juiced by a battery that's charged by a solar panel during the day. 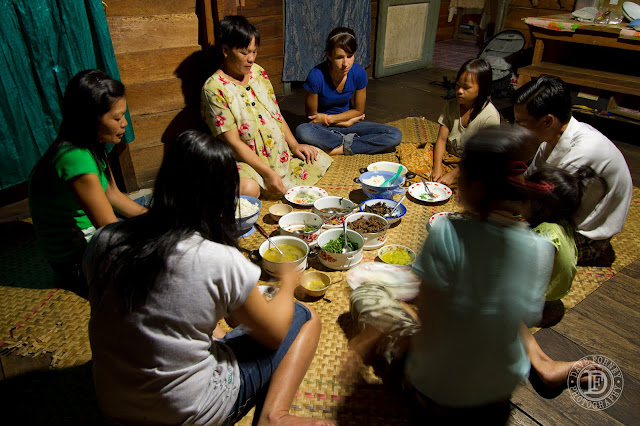 On Sunday after VBS, Timo preached a sermon and then the people went out of their way to thank the MAF team for coming to their village.  These hats were given as gifts of appreciation.  Here, Joy and Kathy are sporting their new "topi" (hat) fashion. 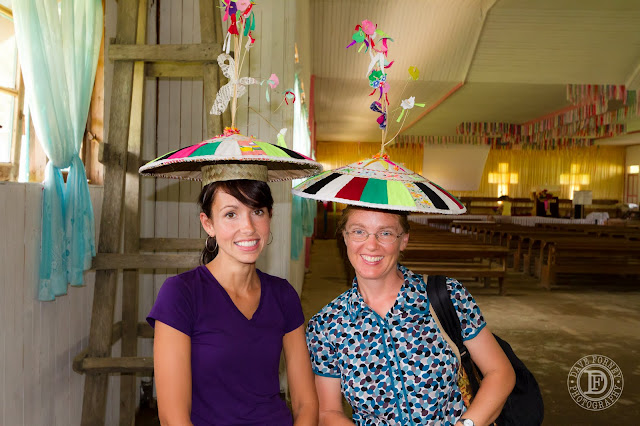 Well, there's a brief glimpse of some of the VBS stuff.  I'm sure there's way, way more, but since I was only there briefly, that's what I have.  When I brought the MAF team out, they were exhausted but energized and excited by the opportunities they had to hopefully impact little kids lives for Jesus in Pa'Upan.

This past week, I spent four days (three nights) interior with the Kodiak, flying a TON of people from various villages to a HUGE national church conference in the village of Long Nawang.  This sort of thing could absolutely not happen (at least not on this scale), without the help of MAF.  I love doing this type of flying--the people are so very thankful and you really get a sense of the need that the airplane is meeting.  I took Britton along with me, and he hung out with his friends all day, each day while I was flying.  Check back again soon and I'm sure I'll have some pictures from that trip posted here!
Posted by Dave at 2:11 AM

Wow - that's a lot of kids on that VBS. That parachute game sure looked like a lot of fun. Joy - you've never looked better with that hat : )