Back in the Cockpit Again

Recently I've really enjoyed getting back into the cockpit again after mostly flying a desk for the past six months.  Last week I got to help transport a bunch of folks in the ApoKayan to the Rakerda event for the GKII church in Data Dian.  It was a three plane operation.  I flew a 206, Tripp also flew a 206, and Paul flew the Kodiak. 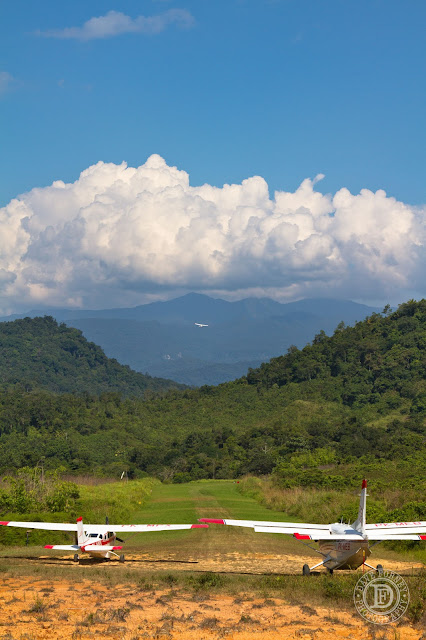 It takes a lot of coordination between the pilots and airstrip agents to keep things flowing smoothly all day when we're moving that many people in that short of a time span.  We try our best to stagger our arrivals and departures, so as not to get into a bottle neck.  But sometime in the afternoon we wound up all being on the ground at the same time in Data Dian.  Can you see that thing at the end of the yellow arrow?  That's one of the famous ApoKayan bumble bees.  I didn't know it was in the picture until I saw it on the computer screen.  These things are prehistoric-huge!  Seriously, they look and sound like small hummingbirds as they dive-bomb all over.  It's pretty scary! 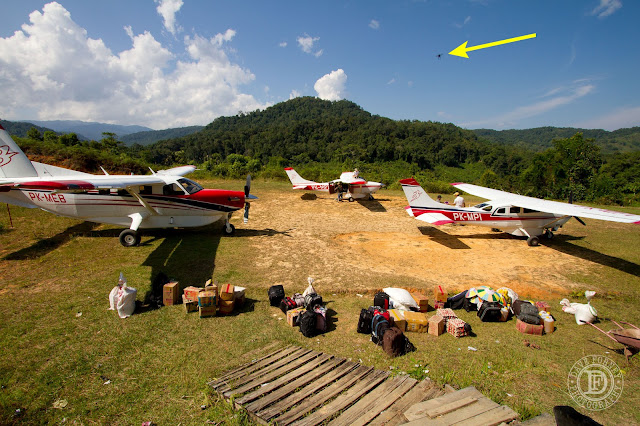 In order to maximize our weight-carrying capacity from the smaller strips, Tripp and I carried a lot of fuel in at the beginning of the day and then drained the tanks to the minimum amounts (plus reserve) to complete the individual runs to each village.  Then, after each run we'd have to add more gas as Tripp is doing below.  Check out his blog too, to see some more fun shots and stories from that day. 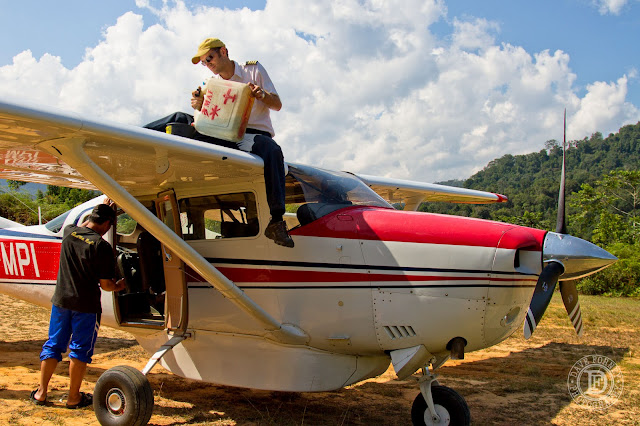 Here's one more shot as Tripp takes off from Data Dian, and Paul and I are waiting our turn for departure in another 206 and the Kodiak.  Tomorrow, Monday, I will be flying the Kodiak in an attempt to take everyone home to their respective villages after their church meetings.  The problem is, due to lack of other planes and pilots, I'll be on my own this time.  So I'll plan on flying the whole day until just before sunset, and then spending the night in one of the villages, and then come home the following day after completing the flights, along with a few others.  Should be fun! 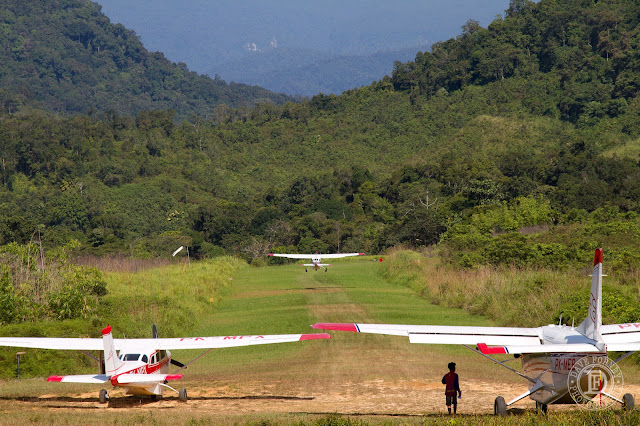 In addition to the Rakerda flying, I also did a lot of flying in the Krayan.  On Wednesday, I got checked out at the last remaining strip that I had yet to go into, that we use here in East Kalimantan, Bungayan.  It's 353 meters short, very undulating, sloped both from end to end and side to side, and goes into rising terrain.  Isaac Rogers came along to watch and was able to grab some photos with my Canon G1X.  So the below photo credit goes to Isaac, with me at the flight controls landing. 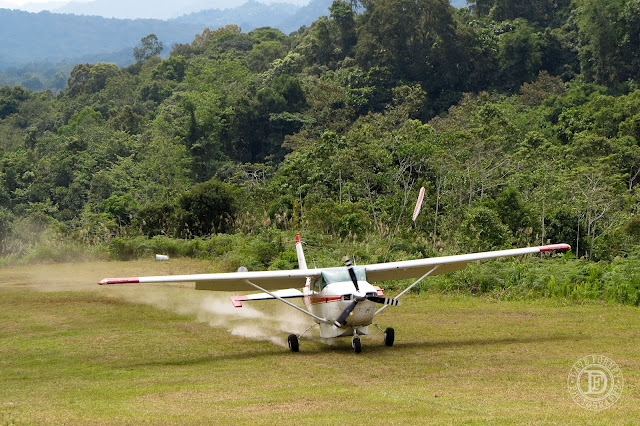 Lots of flying has meant getting home late in the evening.  I've landed at about 6:00pm or shortly thereafter more often than not in the past week or so.  Here's a shot of our town as I turn from downwind to base leg to land on runway 24 in Tarakan.  I've pointed out a few of the things around town. 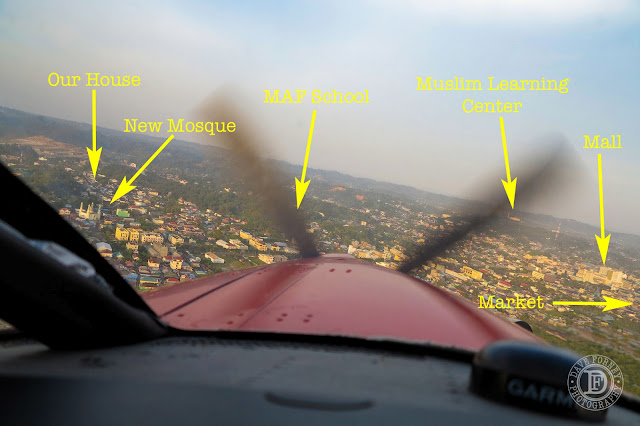 i love the pic where tripp take off. beautiful pics. landing at there must be very tricky. i wish flight simulator have a field like this, but never found one.

Hey Dave, I'm a Pastor from Alabama. Found your blog by Providence this morning. Have to say that I am jealous of your work with a godly jealousy! I know you guys are making incredible sacrifices but at the same time it looks like so much fun! I can't wait to acquaint my son with your work and give him one more missionary hero to pray for. Stay faithful, stay safe and let us know how we can pray for you and your family.