A few weeks ago a couple of us MAF families spent a few days and nights in Pa'Upan for the big Sa'ban Christmas and cultural festivities they had going on there.  We always love spending time with our friends interior!  I flew schedules based from the interior, and enjoyed the activities with my family when I wasn't flying, and on my day off. 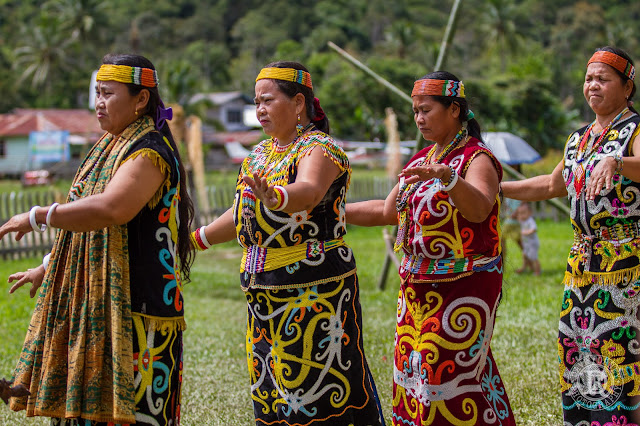 The atmosphere was very energetic, with lots of traditional music, dress, and dancing.  These guys are amazing!  They're playing traditional gongs--very old, and made out of pounded brass or something like that.  The guy on the far left, partially hidden, is playing a wooden drum with animal skin wrapped tightly around the top.  They all play a different part of the rhythm to produce quite a harmonious effect.  It always amazes me how they can go on like that for hours and hours producing an always-present, soundtrack to the festivities day and night. 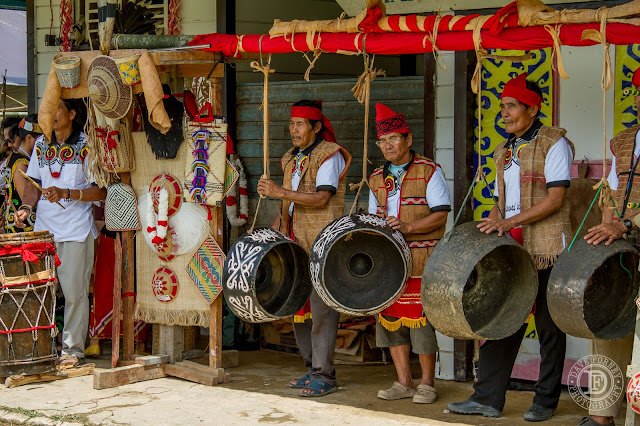 There were other traditional instruments as well, which produce a very enchanting, twangy-Asian-stringed sound.  Assisted by the guy at the lower right, holding a microphone which was tied into a battery powered amp and megaphone, everyone outside could hear the great music. 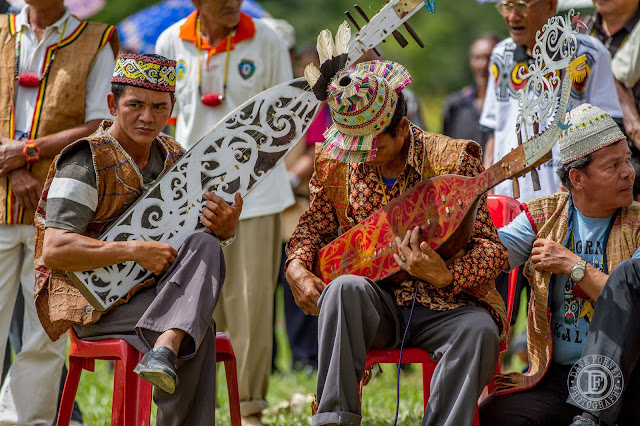 There were all kinds of dance and singing competitions for kids all the way up to the oldest adults.  It was all very fascinating.  Notice Joy and the kids in the background taking it all in. 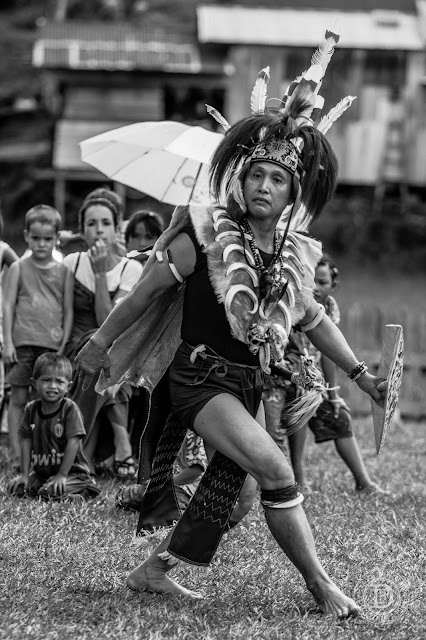 At the beginning of the opening ceremonies they had the four of us MAF couples come up to the front, and then they talked about how much they appreciate MAF and how much MAF means to them and to their villages.  Then they presented each one of us with a beautiful hand-made token of their appreciation--each of us guys receiving a handsome traditional vest made out of tree bark from one of the respected men in the village, and each of our wives received an absolutely beautiful, beaded necklace from one of the traditionally dressed ladies.  It was all very humbling, and quite an honor.  We count it a great privilege to be here and to be serving these people, and we couldn't be here without the prayers and ministry support of so many of you.  So thank you!  Their expression of appreciation extends to you as well, because we're a team! 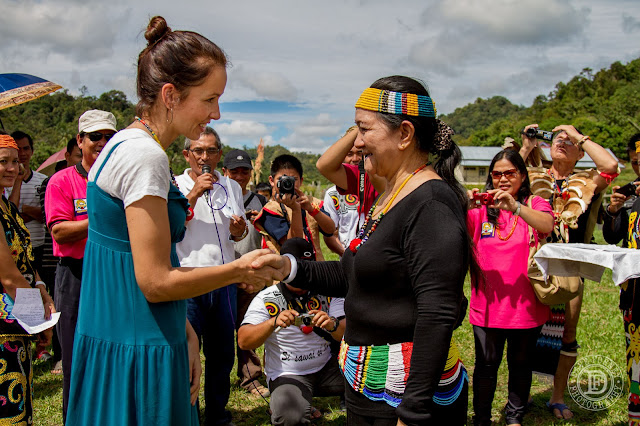 Each day after a big, buffet-style breakfast of rice, various cuts of pork and other meets, and an abundance of various jungle greens, everyone would gather around the church building to watch the dance and music competitions.  The umbrellas are used to protect from the blazing sun--it's extremely bright and potent here, and will burn you in no time flat.  When out working in the fields, they all typical wear the woven, wide conical-shaped hats that you've probably seen in pictures from all over Southeast Asia.  But those aren't considered dress-up garb, so umbrellas do the trick at an event like this. 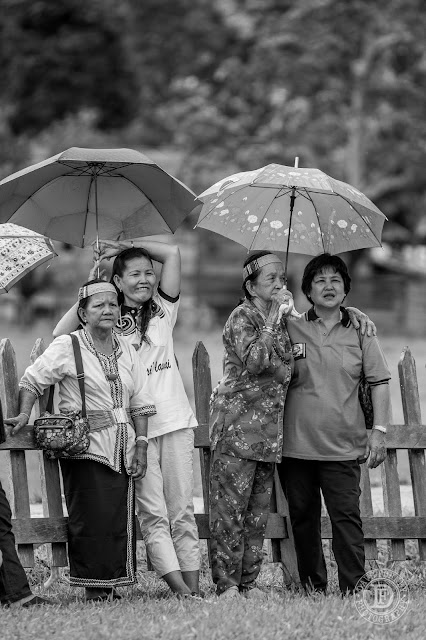 We didnt' have umbrellas, but we brought plenty of sunscreen!  We spent a lot of time out there watching the wide variety of dancing.  All very fascinating! 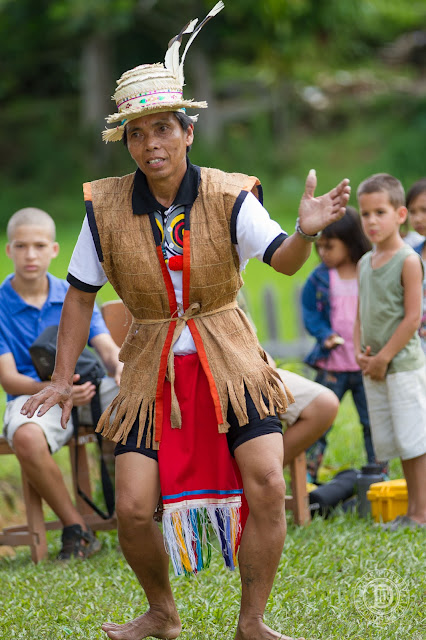 Notice the two parked MAF planes in the background.  We brought many of the people into this event from other villages and from Malinau and Tarakan.  Some had come from other parts of Indonesia, and from across the border in Malaysia.  There's no way most of them would have gotten there if not for the wings of MAF. 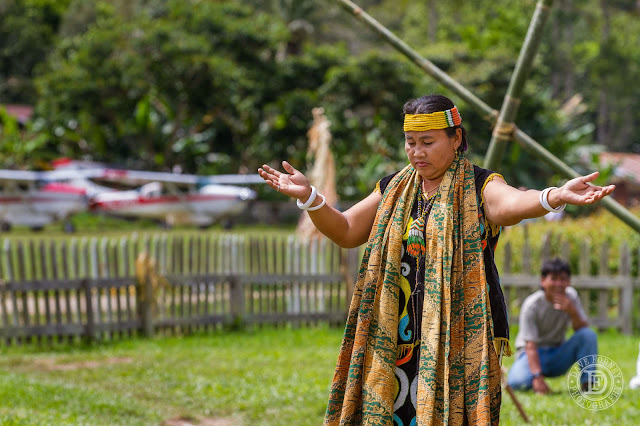 I like watching other people watching things.  I enjoy watching people at airports, or other public places--it's very fascinating to me.  When taking pictures I prefer to get most shots of people in a natural setting--often from afar.  If they know you're taking their picture, they usually put on some kind of non-natural face.  But I prefer the natural look that you can often capture only when they don't know you're taking their picture.  Like this. 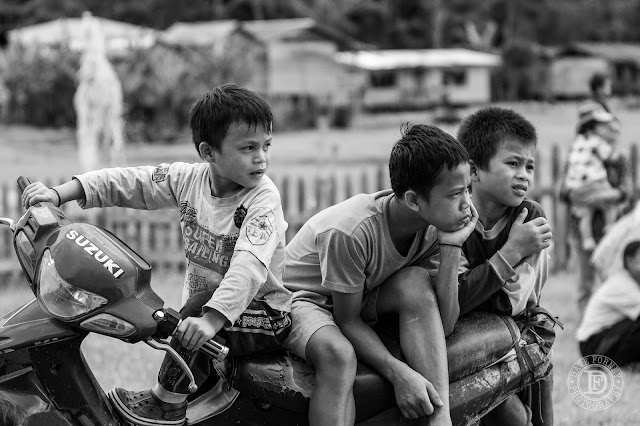 This little girl was just about the cutest thing you ever saw, all dressed up in her fancy beads and traditional outfit. Joy doesn't normally ask me to take specific pictures--normally I'm the one taking pictures and holding everyone up, and she just assumes that I'll get enough pictures of the "right things/people".  But this time she specifically told me that I had better get some good pictures of this little girl because she was "just so cute!"  I had a wide angle lens on at the time which meant I had to get up pretty close, and she was too scared of the camera.  It didn't work.  So I switched to the 70-200, and meandered away, snapping these shots a few minutes later from afar when she had forgotten about me.  Later, we'll print all of these (and many other) pictures out and take them in and give them to the folks there. 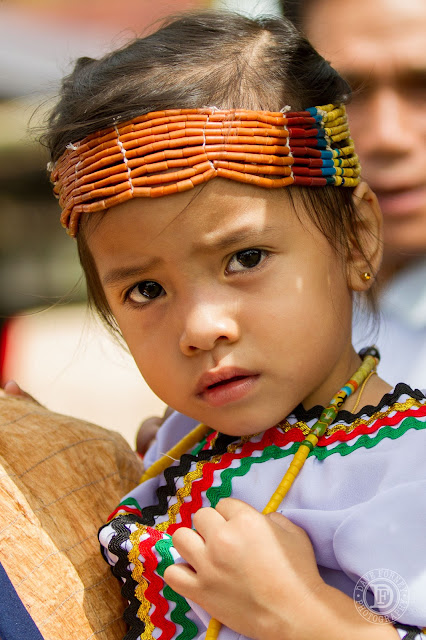 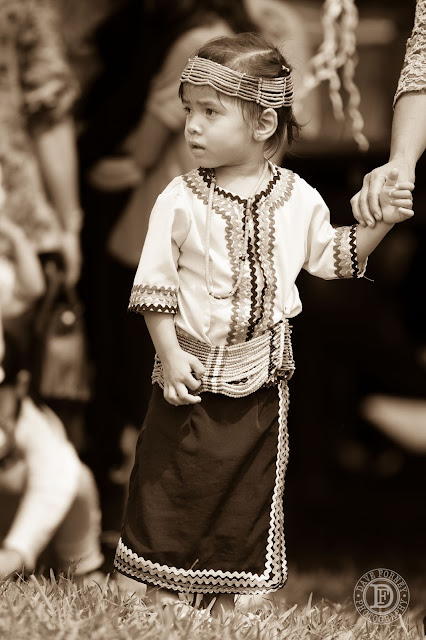 Check back soon for the second post from this event.
Posted by Dave at 9:19 AM

These photos are incredible...our kiddos enjoyed them...loved the one of the boys on the motorcycle.

Paupan, what a beautiful place. I spent my life for a year in Paupan. Love the Sa'ban Chrismas