More Than Just a Job!

On a number of occasions I've had the opportunity to chat with airline pilots about who MAF is and what we do.  As you might expect, the initial reaction is often something like, "Wow!  that sounds really awesome!"  I assure you, it is!  But trust me, there are tons of easier jobs out there.  Many that pay more, take less training, or offer up less stress.  The thing is, this is more than just a job!  It's an entire way of life! 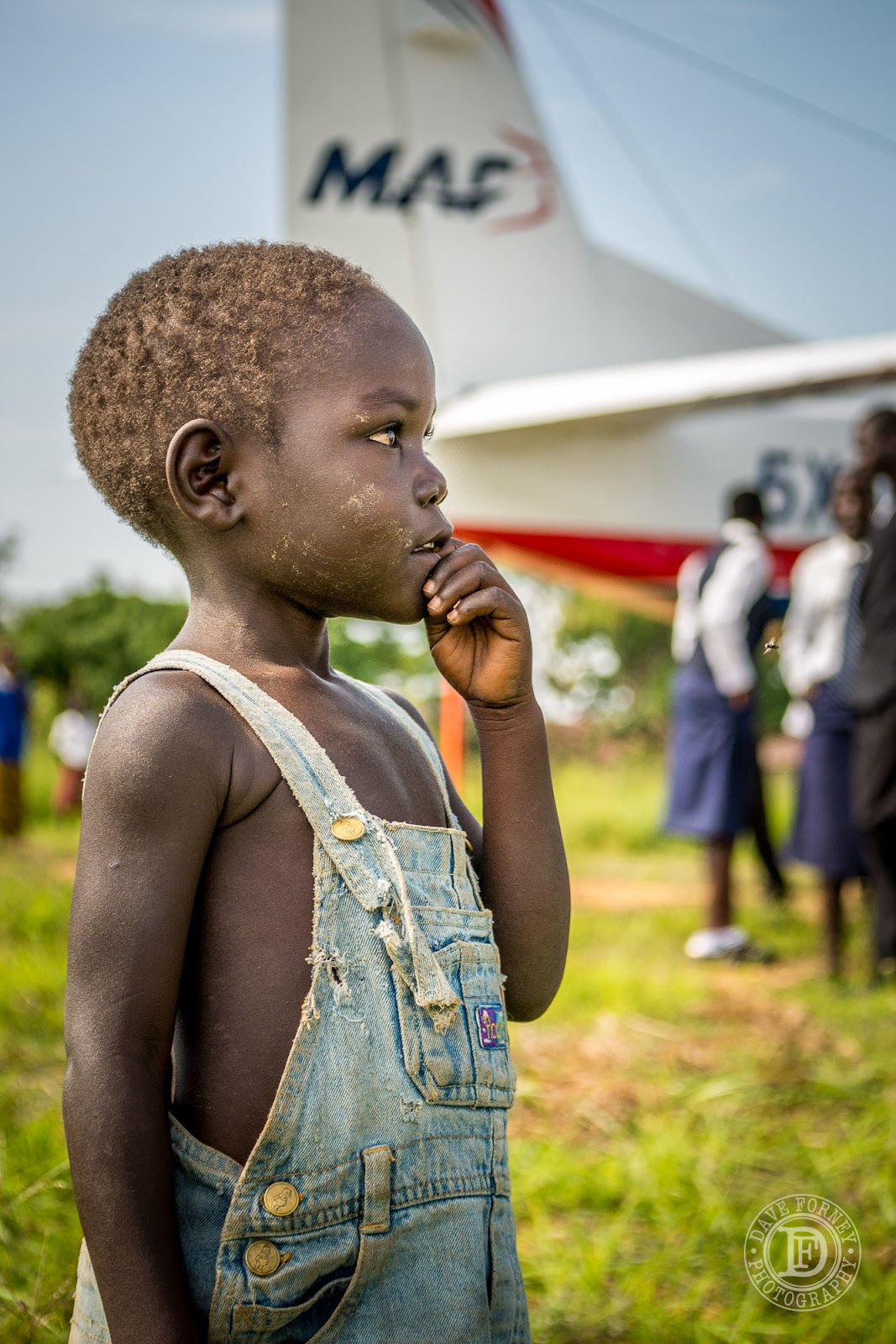 People who do what MAF does, they don't do it for the pay or the benefits or the adventure of it.  Sure, I love adventure--but there's easier, cheaper ways to get the adventure fix.  No, we do it for the people.  We do it to invest in peoples' lives for eternity.  We do it to help and to serve, in the name of Jesus.  To be His hands and feet.   And trust me, you can't quantify that with a paycheck, or compare it to a benefits package.  What we do provides a level of satisfaction and joy and fulfillment that can't be measured in numbers.  So yeah, it's more than a job--it's a ministry and a way of life!  And we couldn't be here without a whole big team of YOU guys out there, backing us and MAF.  Thank you!  Of course, this type of commitment doesn't only have to take place here on the "foreign" mission field.  It can happen anywhere God puts you--as a pilot in the airlines, as a teacher in a school, a nurse or doctor in a hospital, a mom raising your kids, whatever and wherever.  In Uganda, in Indonesia, in the U.S., in the UK--wherever God has you, you can live and serve and be the hands and feet of Jesus too!  Trust me, you won't regret it!

But back to the people here.  Seriously, just look at those smiles!  Don't you just love that?  It's not always easy doing what we do--in fact it's often really, really hard.  But it's SO worth it! 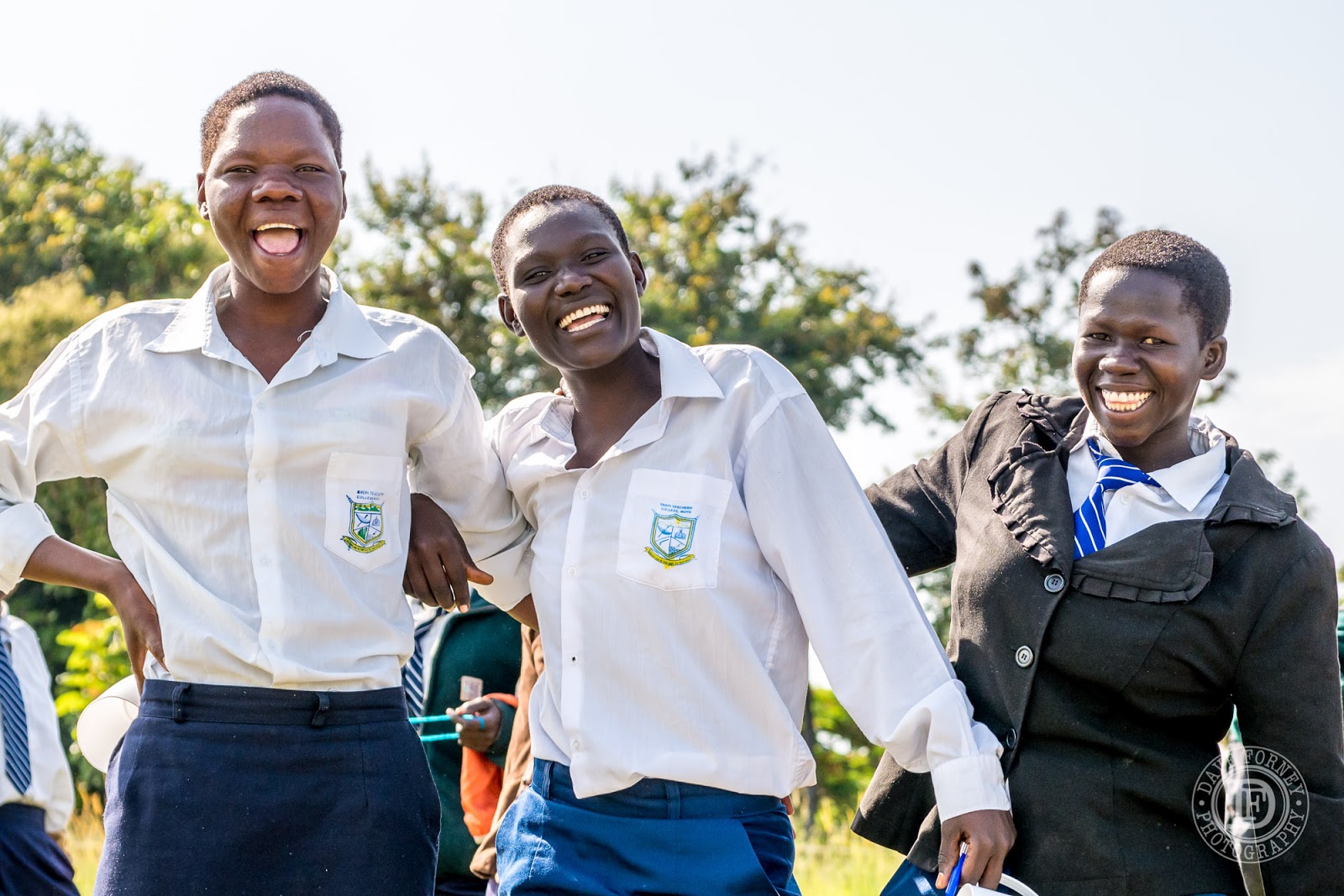 Last week I went fully operational (meaning I can fly on my own again--yippee!).  It's a real joy to be out there doing what I love--serving people and seeing the effects of the ministries and work that takes place as a result. 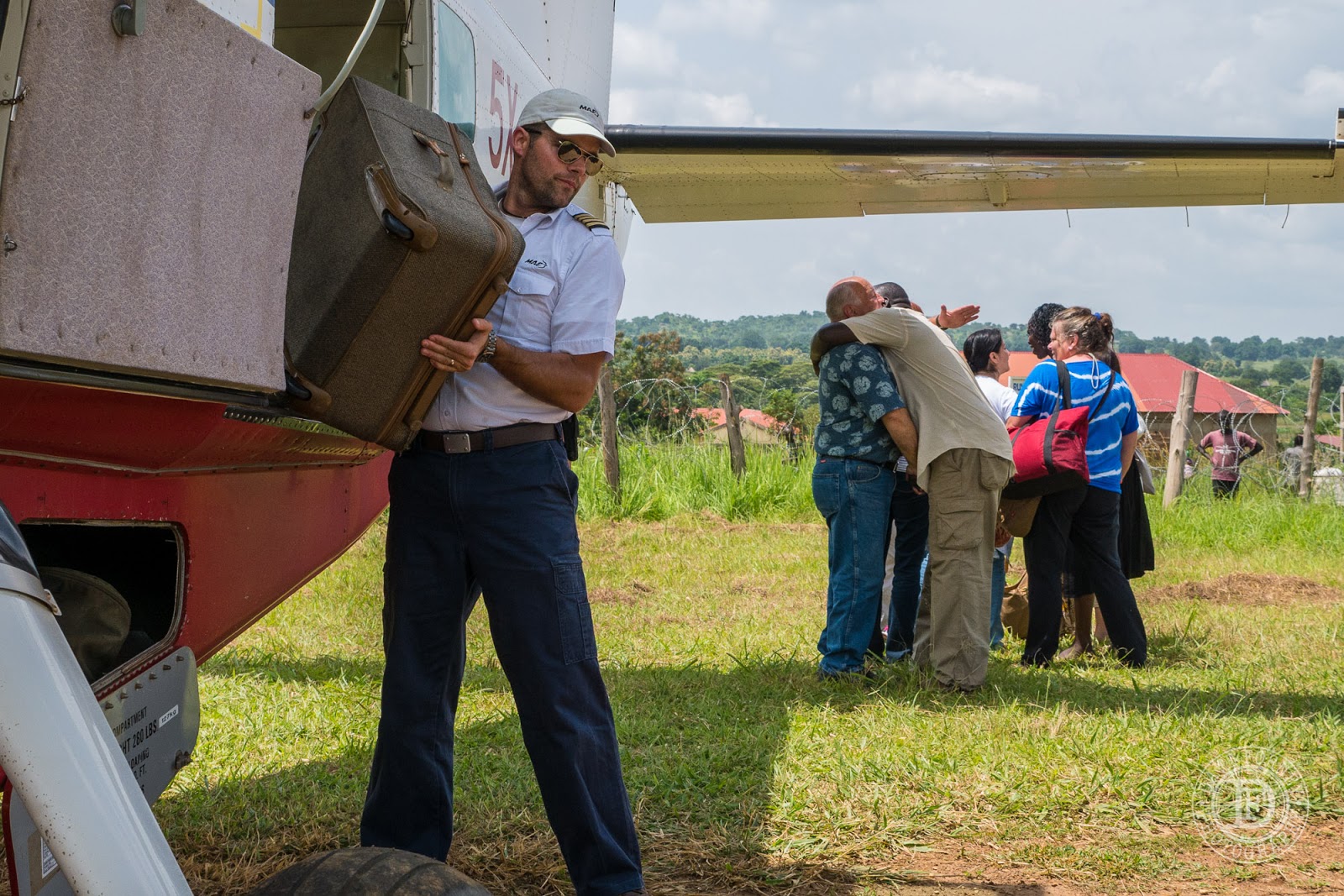 I wish you could have heard these kids.  They were all gathered to greet a ministry team I had brought in, and they were all singing together in perfect harmony, and clapping a lovely beat--a special song of welcome for the group that had just arrived.  I just can't get over how adorable the kids are! 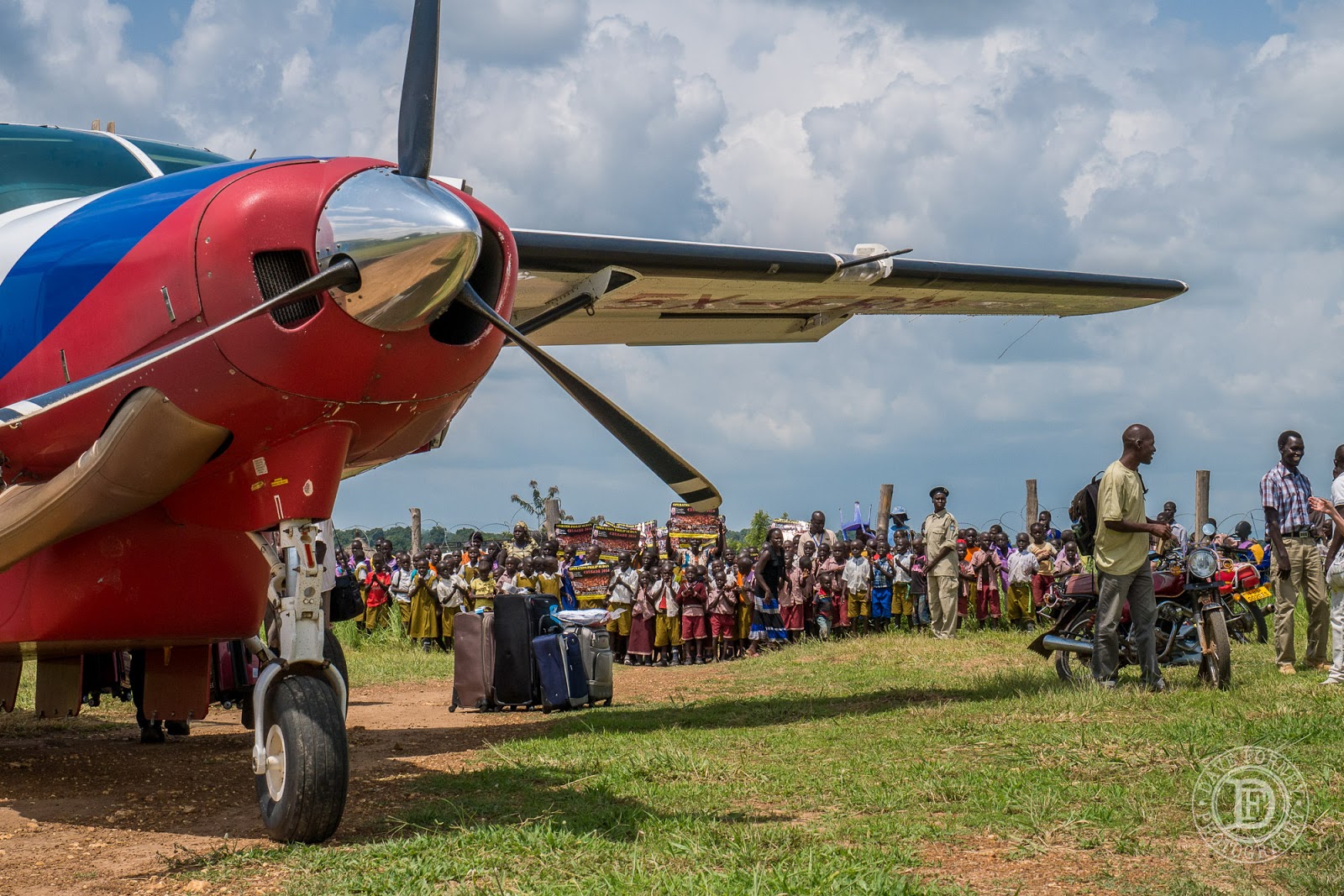 This week I completed a G1000 checkout.  MAF International recently took delivery of a very nice G1000 equipped Grand Caravan here in Uganda.  It's their first that's equipped like this.  The G1000 is Garmin's "glass panel" consisting of three large, beautiful electronic displays and a bunch of integrated avionics stuff (below).  It's been fun to fly with Hansjoerg, our training captain.  He's a fellow Moody Aviation grad and friend from back in flight school days.  Since the Kodiaks that I was previously flying in Kalimantan also had the G1000 panel, the transition for me was very quick and painless. 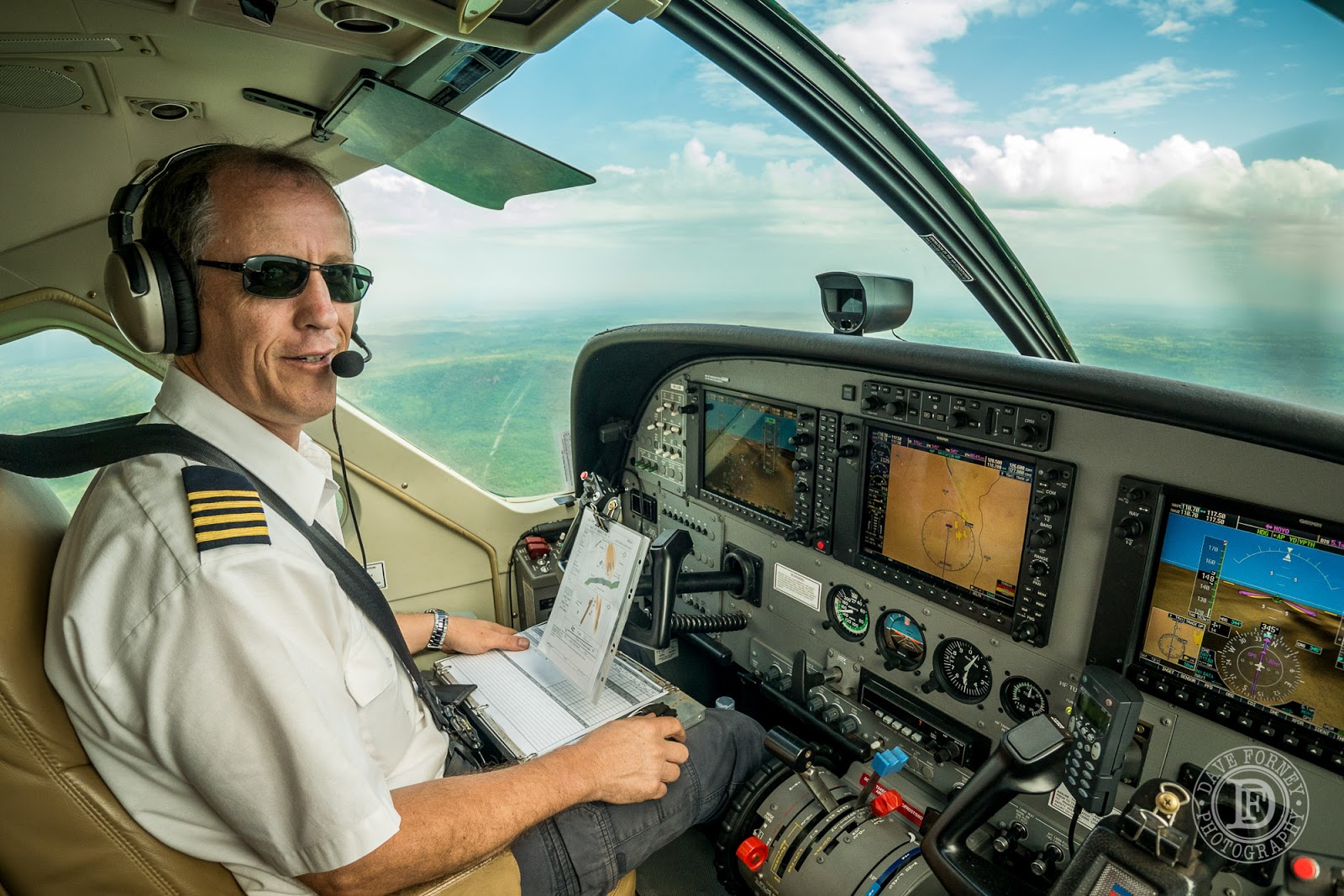 And once we landed, since there were two of us, Hansjoerg agreed to handle all of the ground stuff so that I could snap some shots--something that can be tough to squeeze in on a normal flight day when I'm on my own. 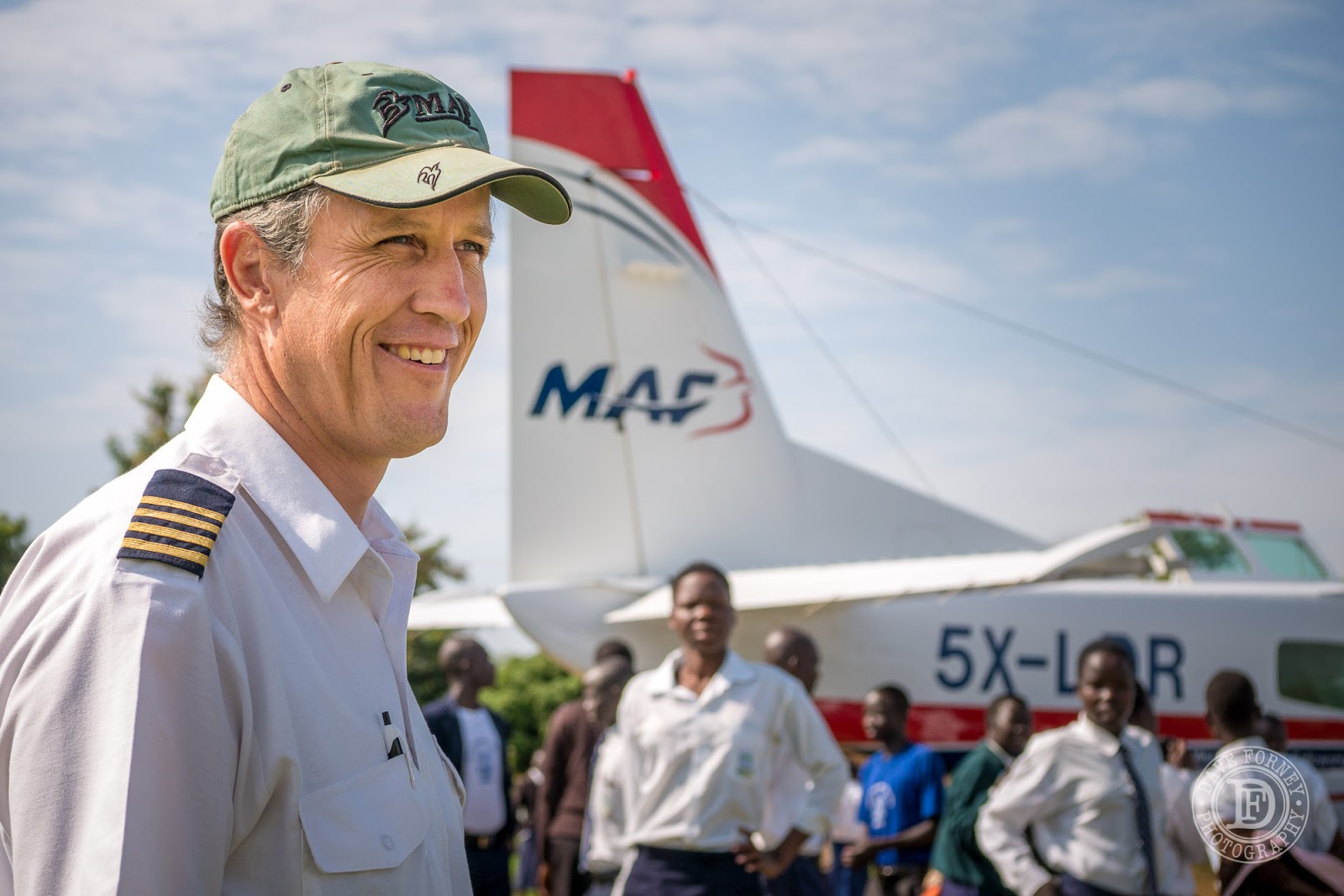 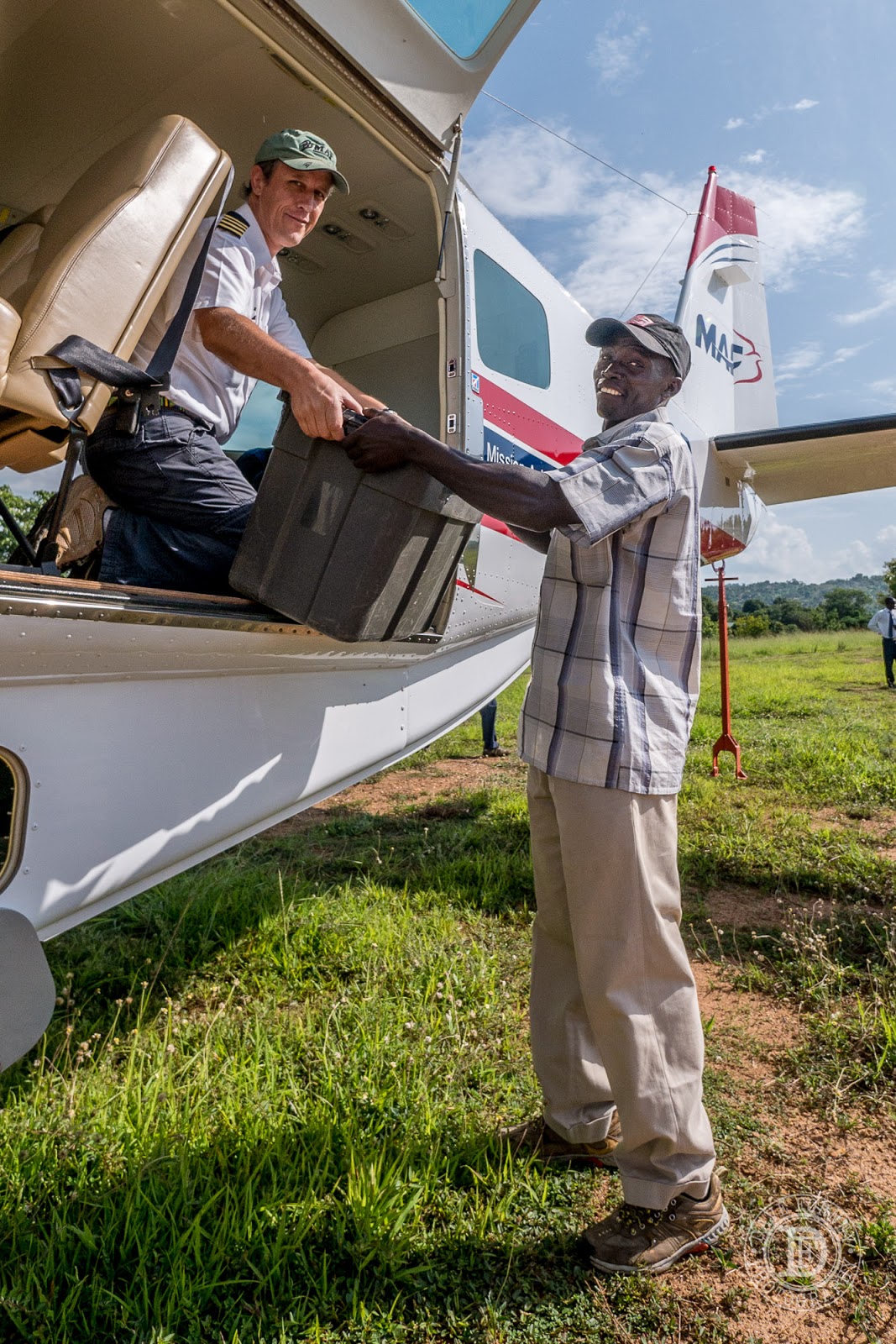 But then, seeing me with my camera, there was soon a huge crowd of kids following me around and asking for photos.  The crowd of school kids and some pastors asked if they could get their picture taken with me in front of the aircraft.  So I handed over my camera to someone, and after a half dozen  attempts to find the button, they snapped this one almost by accident.  Not bad hugh?   But personally, I prefer to be on the other side of the lens. 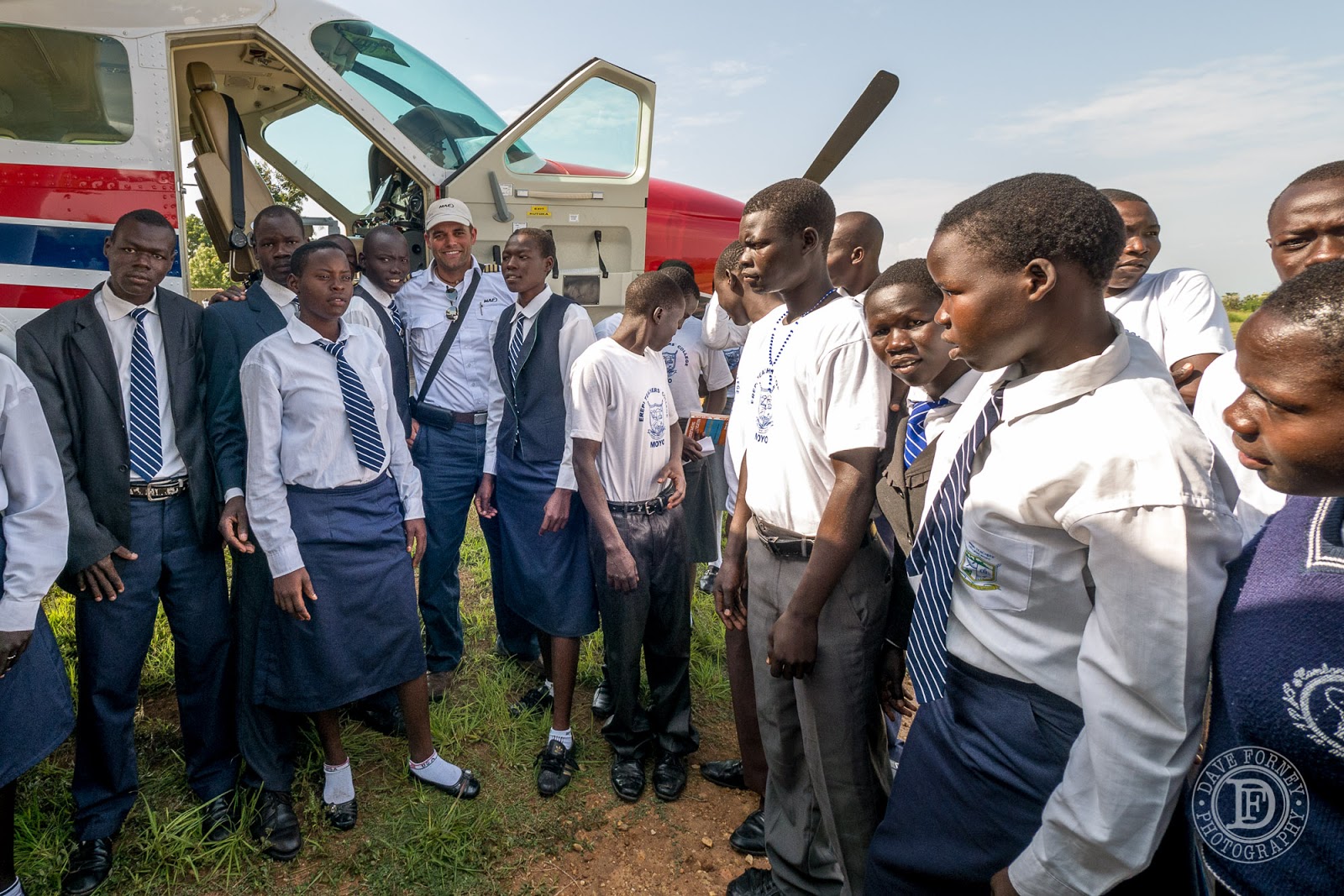 A parting shot...I told you the kids were adorable!  They're so curious and  friendly and fun.  I had a great time taking pictures of them and then showing them on the camera screen.  They often react with a mix of something between awe, confusion, fright, and usually wind up giggling with excitement.  Some time when I'm back I'll bring them some prints to keep. 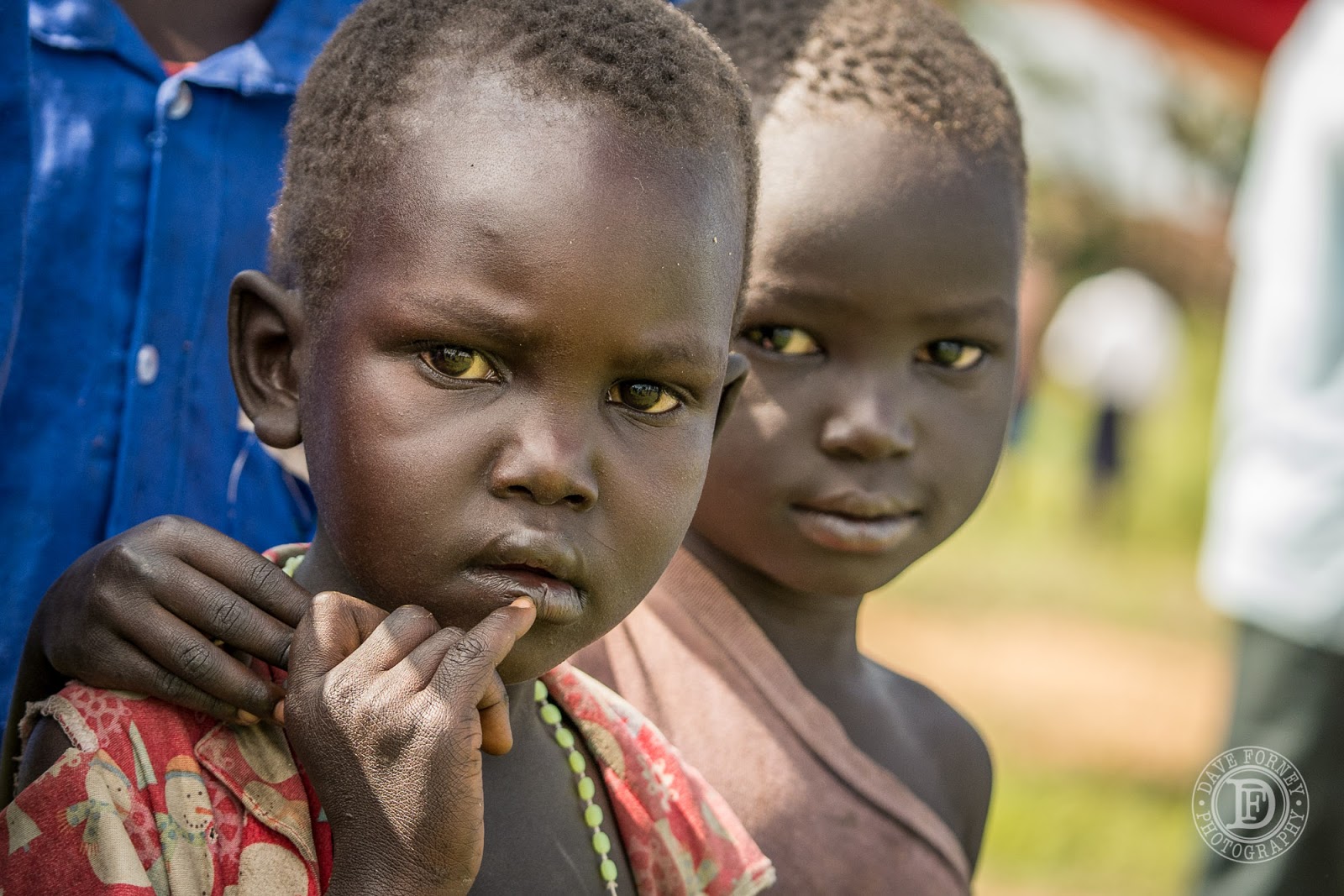 Dave, I have always loved your photography, but being in Africa now brings many memories flooding back to me from being an MK there for a year when I was a kid. There is such joy in those faces and yet, I know there is also heartbreak for them that only Jesus can fill. Thanks to you and Joy for being Jesus to these and those who serve in your part of Africa. Melanie B.

We are praying for you and your family!! thanks for being an inspiration to so many!!

Enjoy seeing your posts. Just learning about these "NEW" electronic devices and the world they open for us. You and Joy are in our prayers and the work you do for our God is inspiring.

I have a friends family, who will be leaving for Indonesia in sept, to do this, with their young children. What will be the biggest adjustment for them?? What about cost of living? Schools? the closest grocery store?

Thanks ya'all for your comments! Sure appreciate all of you!

I can't really answer the questions from "Anonymous". It depends on so many factors, from the personality of the family themselves, to the organization they'll be with, to the specific location in Indonesia, and a myriad other issues. The best thing to do would be to contact someone directly who's already over there with their organization, and ask them some questions. But keep in mind that it can be very different experiences even for people from the same organization. The main thing is to be flexible and keep a long-term perspective. And remember Who you're serving and why.