Kids love planes!  I think that's pretty universal, don't you?  Anywhere in the world, if you introduce an airplane to a group of kids, they go bonkers.  Especially in places where it's not an everyday occurrence. (Below, a picture in Moyo, right by the border of S. Sudan.) 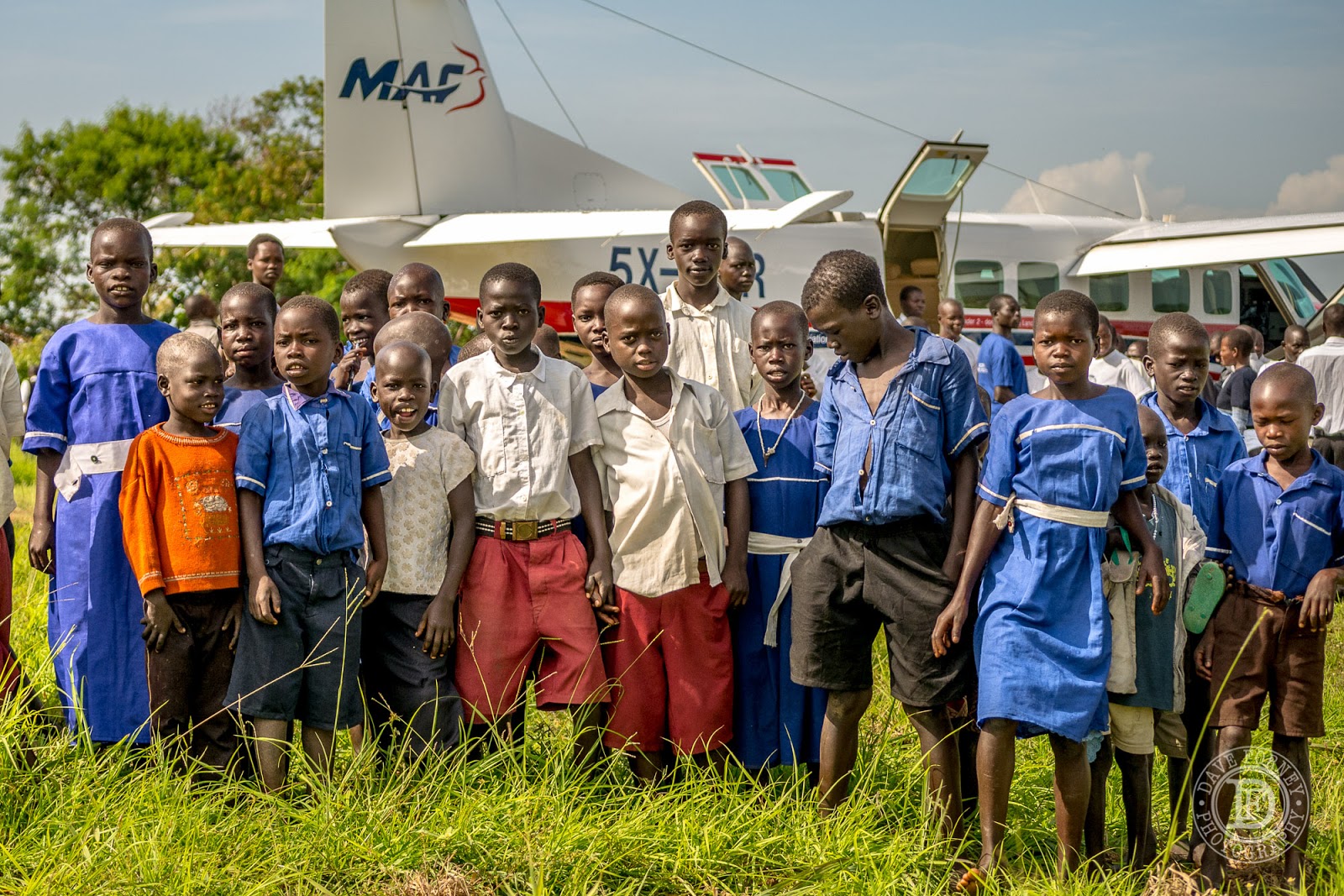 There's just something cool about a vehicle which can defy the laws of gravity.  So, in order to satisfy that curiosity, loads of school kids often come to our hangar in Kajjansi for a field trip to see the airplanes.  It always amazes me how absolutely excited they are to get to see and touch a few parked airplanes.  Parked.  As in, not moving.  Not flying.  Engine not running.  Just sitting there quietly.  Yet the kids are going crazy with excitement.  But make no mistake, they're always well-behaved, being corralled and managed by a handful of equally energetic and enthusiastic teachers.

If I happen to taxi in from a flight while they're all there, they stand respectfully in lines at a safe distance up on the hill, overlooking the parking area, waving enthusiastically.  You'd think I had just flown some sort of heroic, death-defying mission in WWII, by the way they respond when I wave back.  Who knows, maybe some of that enthusiasm will translate into a few of these kids someday becoming pilots with MAF?  The truth is, though, in many places like this, the dream of becoming a pilot is WAY beyond reach for all but the very upper class--as the expenses of training would be so beyond there reach as to be totally impossible.  But MAF is working on plans towards making more national training a reality in years to come. 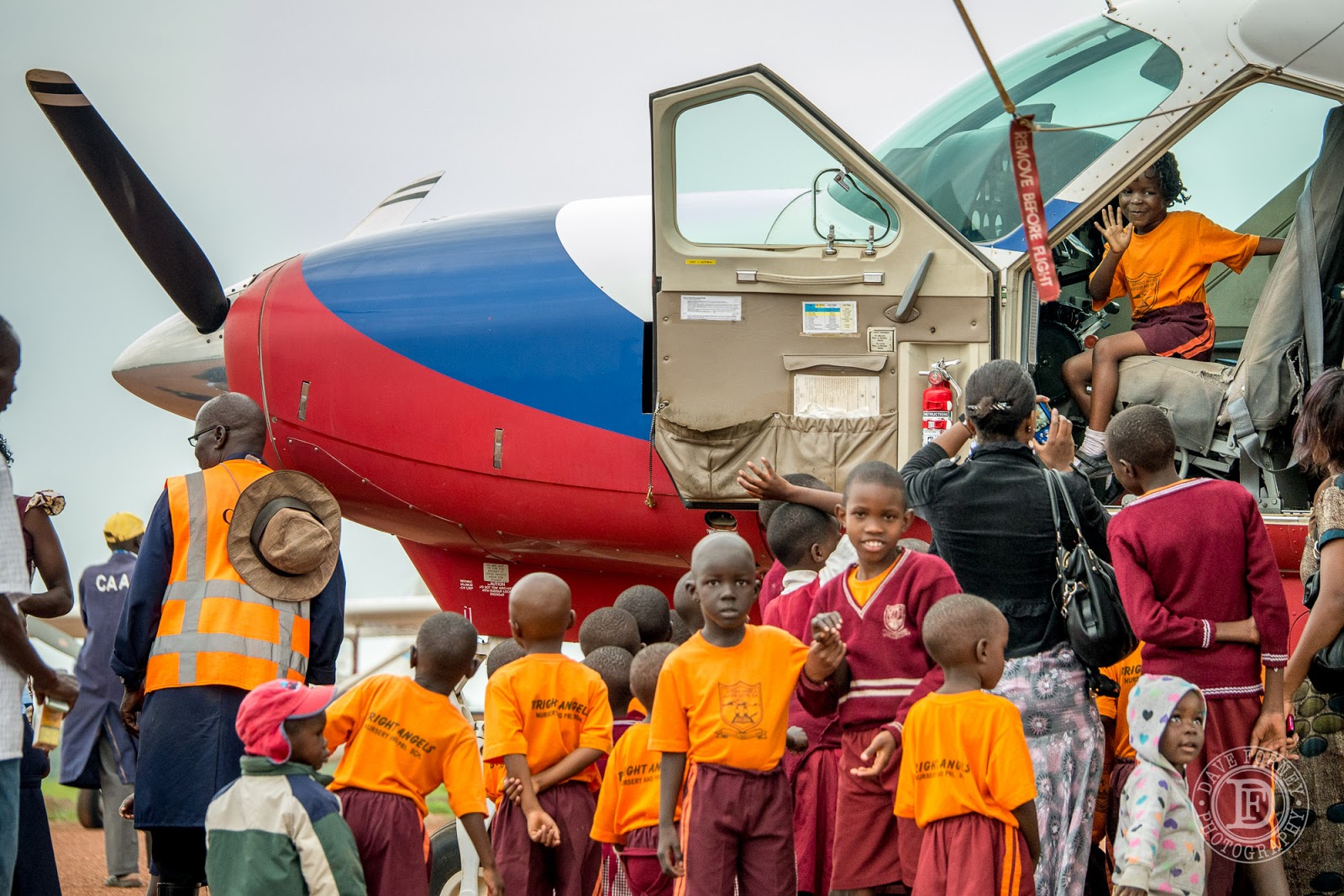 Last week I went up to Arua, near S. Sudan, and had to spend the day waiting there while another MAF plane from S. Sudan came down and picked up my passengers.  Then in the late afternoon that plane brought me some passengers to take back to Kampala.  (Due to a little "issue" Ugandan-based flight operators are currently unable to fly internationally, so we have to exchange passengers with the MAF plane from Juba.)  After helping my passengers through the immigration process in the morning, I walked back out to my plane and noticed several school bus loads of kids standing a respectable distance from my plane...staring. Mesmerized.  The aircraft was closed and locked, but they were clearly in awe. 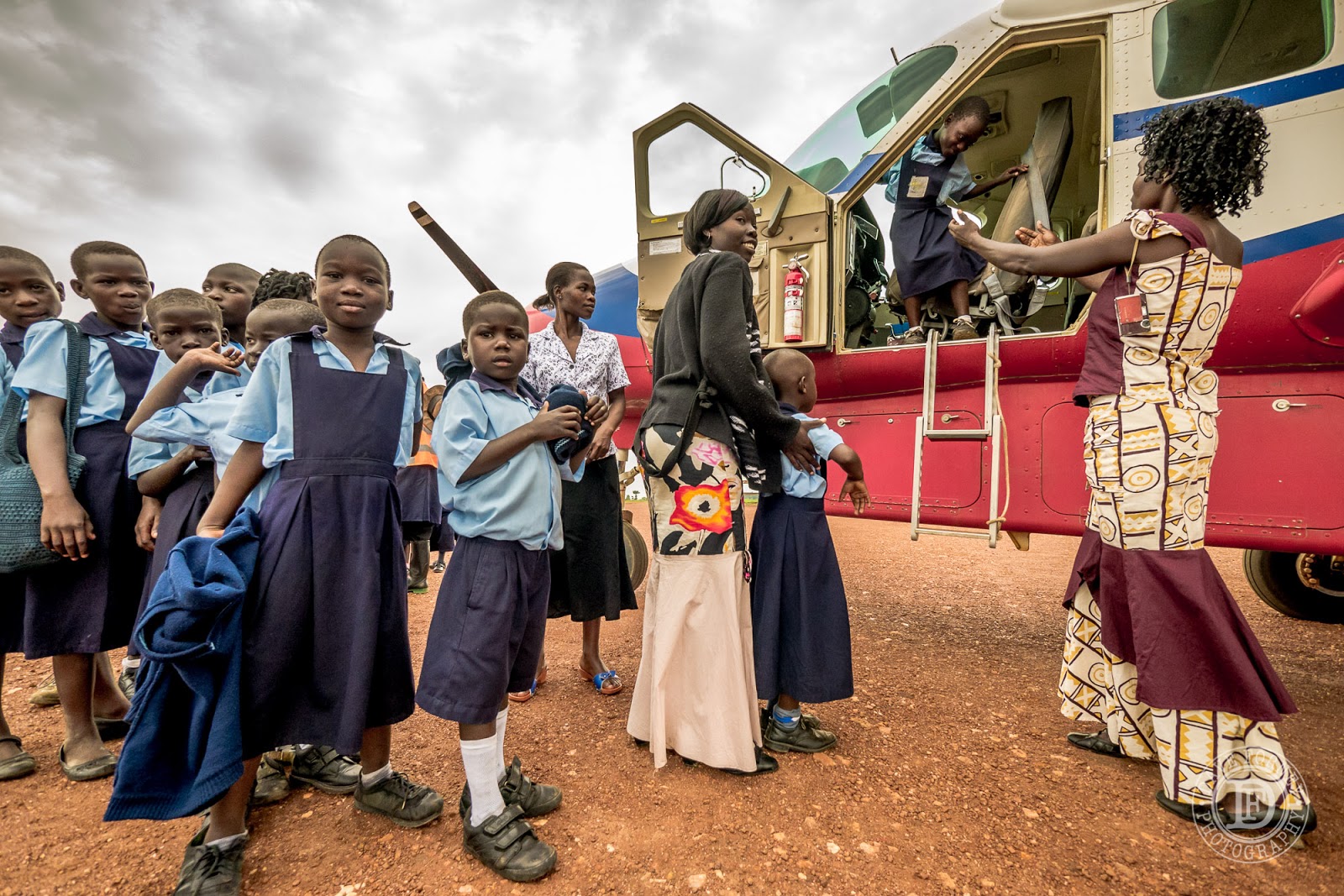 Figuring I had plenty of time on my hands, and seeing their excitement, I offered to open it up and let them each take a turn in the pilots seat.  You would have thought I had handed them each a million bucks!  Even the teachers.  They were so excited!  It was actually all very orderly, as the adults herded them into lines, and they each took a quick turn posing for a photo that the teacher took on her cell phone, before getting down and letting the next kid in line hop up in the pilot's seat.  Meanwhile, a group of kids who had already taken their turn seemed to be equally in awe of the pilot.  Trust me, there's nothing special about this pilot, and I tried to convince them of that.  But it didn't work.  They wanted pictures with me too.  So the line went from the pilot's seat to the wheel, where they gathered around me in groups for a photo.  Check out the little guy in the lower right.  I love his expression! And then there was this little guy, below.  He was SO excited, right up to the point that he got hoisted up to the flight deck.  Then he froze.  He wouldn't sit on the seat.  I'm not sure what he was feeling...maybe all the attention from the other kids and teachers was too much for him?  In any case, once he got down he was smiling again.

So after doing all of this for an hour or so, and after receiving many heart-felt "thanks" from both teachers and children alike, all was quiet again.  As I was locking up the plane a second time, a new person walked up to me and said, "Sir, we have six more school buses coming shortly.  We will do this again yes?"  Ummm... 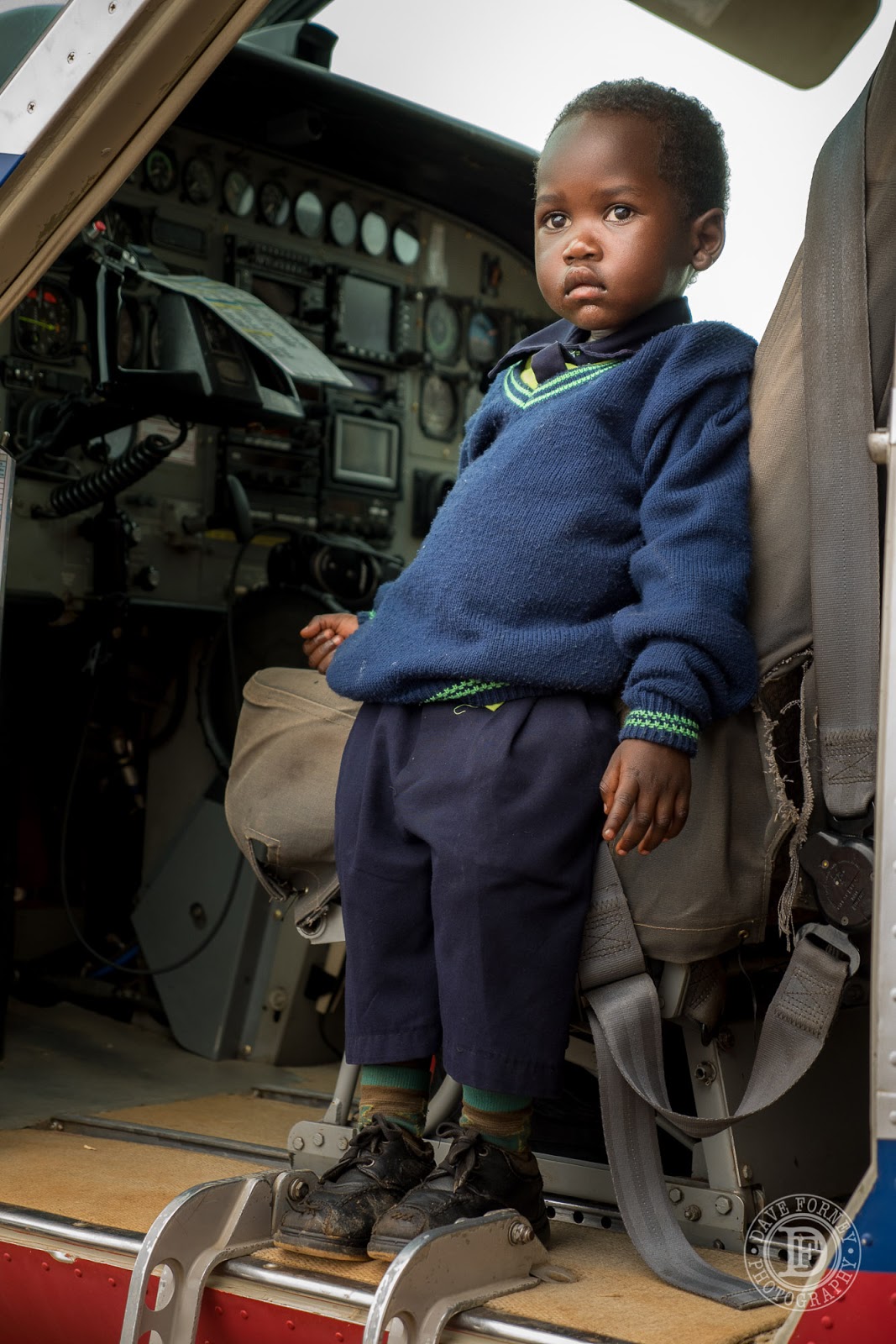 I was just up there in Arua again on Thursday.  But there were no school tours this time!  The weather was crazy!  It was like the Mountain of Doom, from The Lord of the Rings.  Lighting and Thunder in all directions.  The clouds were just boiling and moving everywhere.  (Panorama below was taken on the iPhone).  I figured I would be spending the night there for sure.  But amazingly, even though it was absolutely pouring about a mile from the strip in an arc of 180 degrees, it never actually rained on the strip itself.  And when it came time to leave in late afternoon, the winds and clouds held back far enough to allow me a safe departure.  During the hour and a half flight back to Kajjansi, I had to negotiate several large walls of weather, but with the sweet, G1000 panel and weather radar, it was no problem.

Email ThisBlogThis!Share to TwitterShare to FacebookShare to Pinterest
Labels: Culture And People, Day in the Mission Pilot's Life

Great post Dave. Love all the photos, but especially the tiny little shy guy who couldn't smile until he left the pilot's seat again.

Thought of you all last night when I whacked a mosquito with a pillow. Sometimes you don't need a flipflop to manage a household creature! That was the only mosquito I've seen in a year of living here in mountain paradise, and it made me laugh to realise nevertheless how handy I am at household pest elimination. Still never battled a rat though :-)

All the best to all of you!
Ali