Here's a few, recent, random shots.  Below, some Karamojang kids up in Northeastern Uganda. 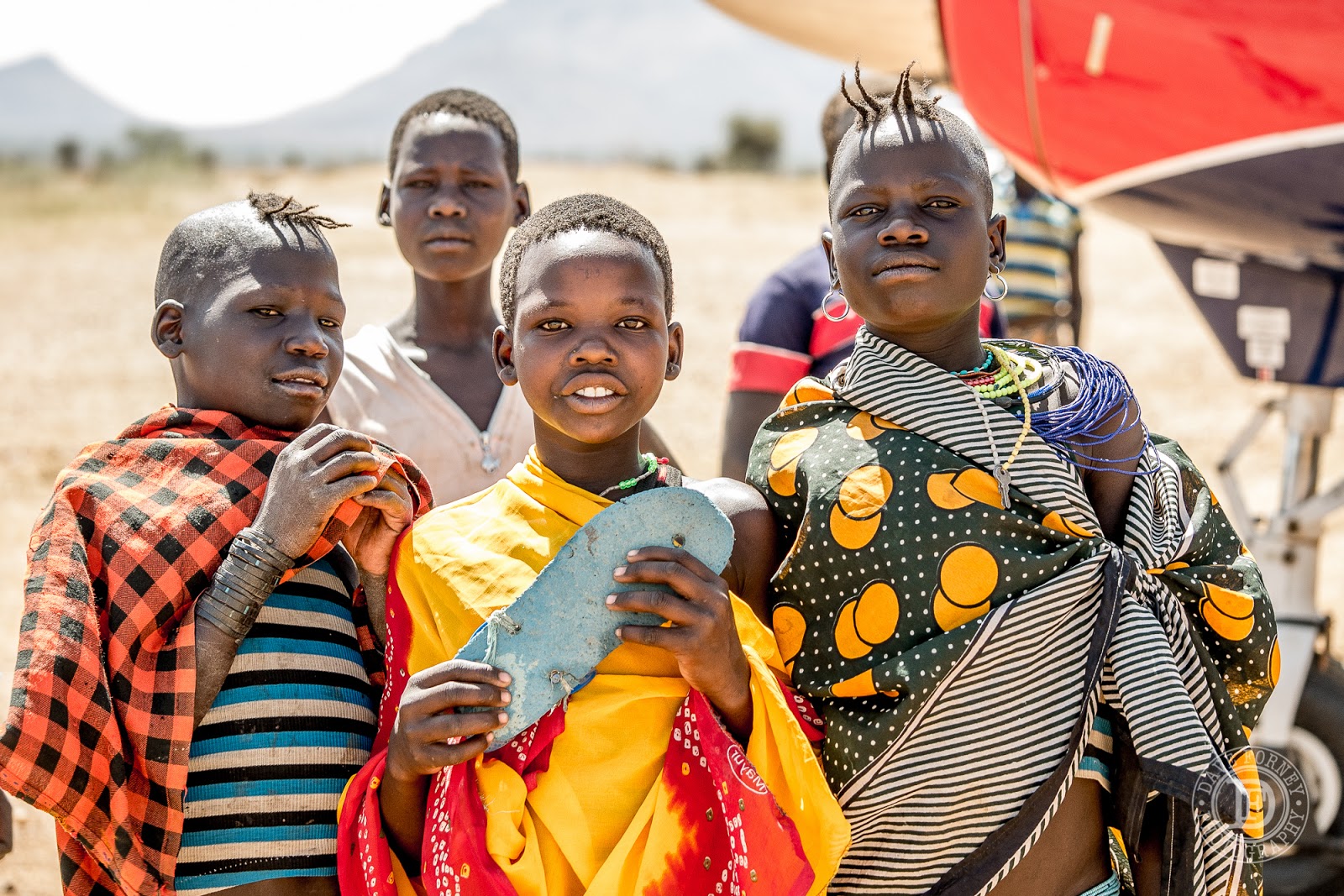 This one, taken just a few days ago, makes it clear that it's definitely still dry season up in that area.  Here in Kampala its started to rain a few times over the past couple weeks, and things are starting to grow and turn green again.  But up there in Karamoja, they haven't had any rain since November or December, depending on the place.  With the very hot sun, cloudless skies, and almost constant winds, things are very dry! 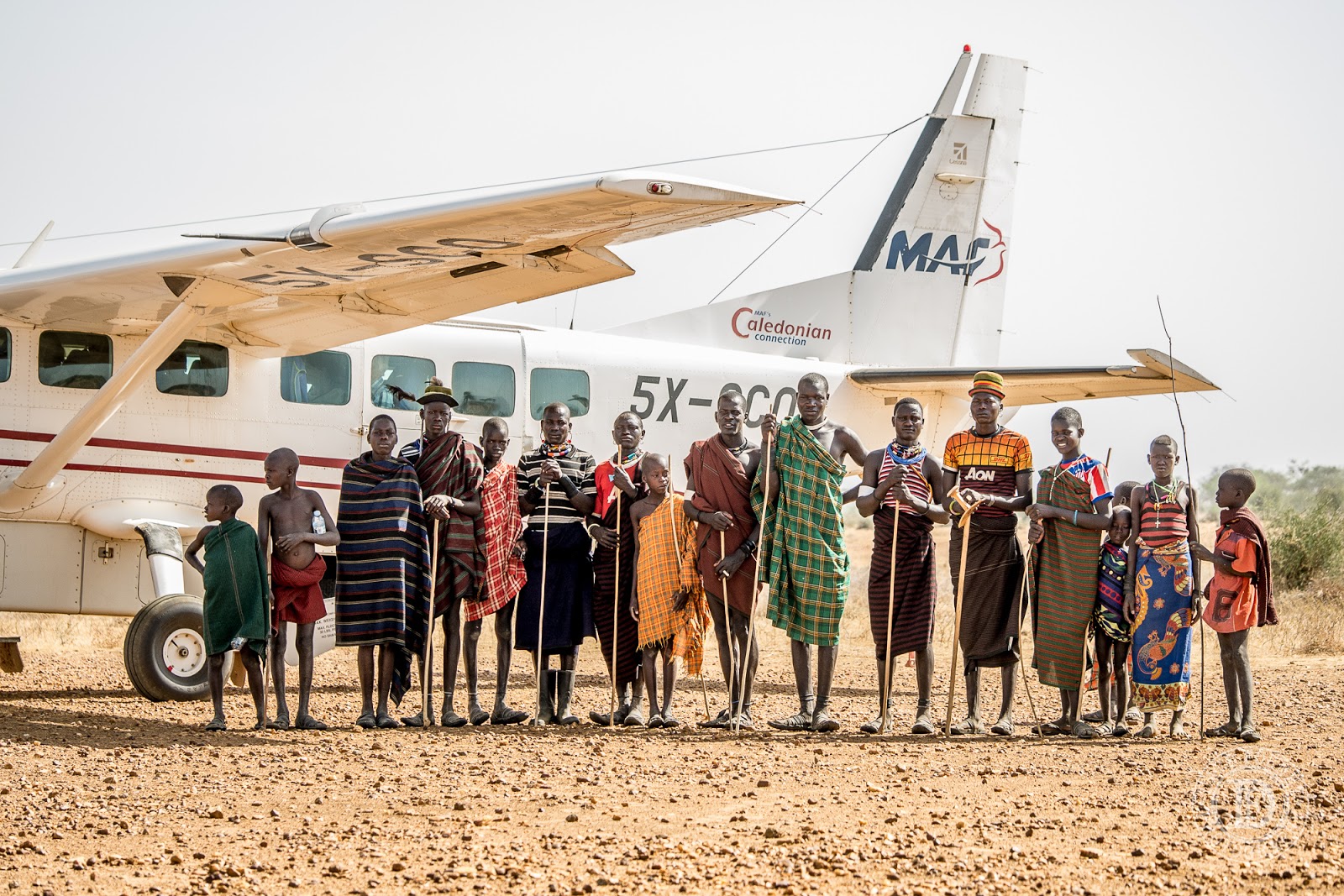 To illustrate the difference that water makes, I thought I'd show you this picture of the Nile River, where it exits Lake Kyoga, half way between Lake Victoria and Lake Albert.  There's a very definitive line of green along the edges, where plants are able to drink from the Nile.  But just beside that, it's an abrupt changeover to brown! 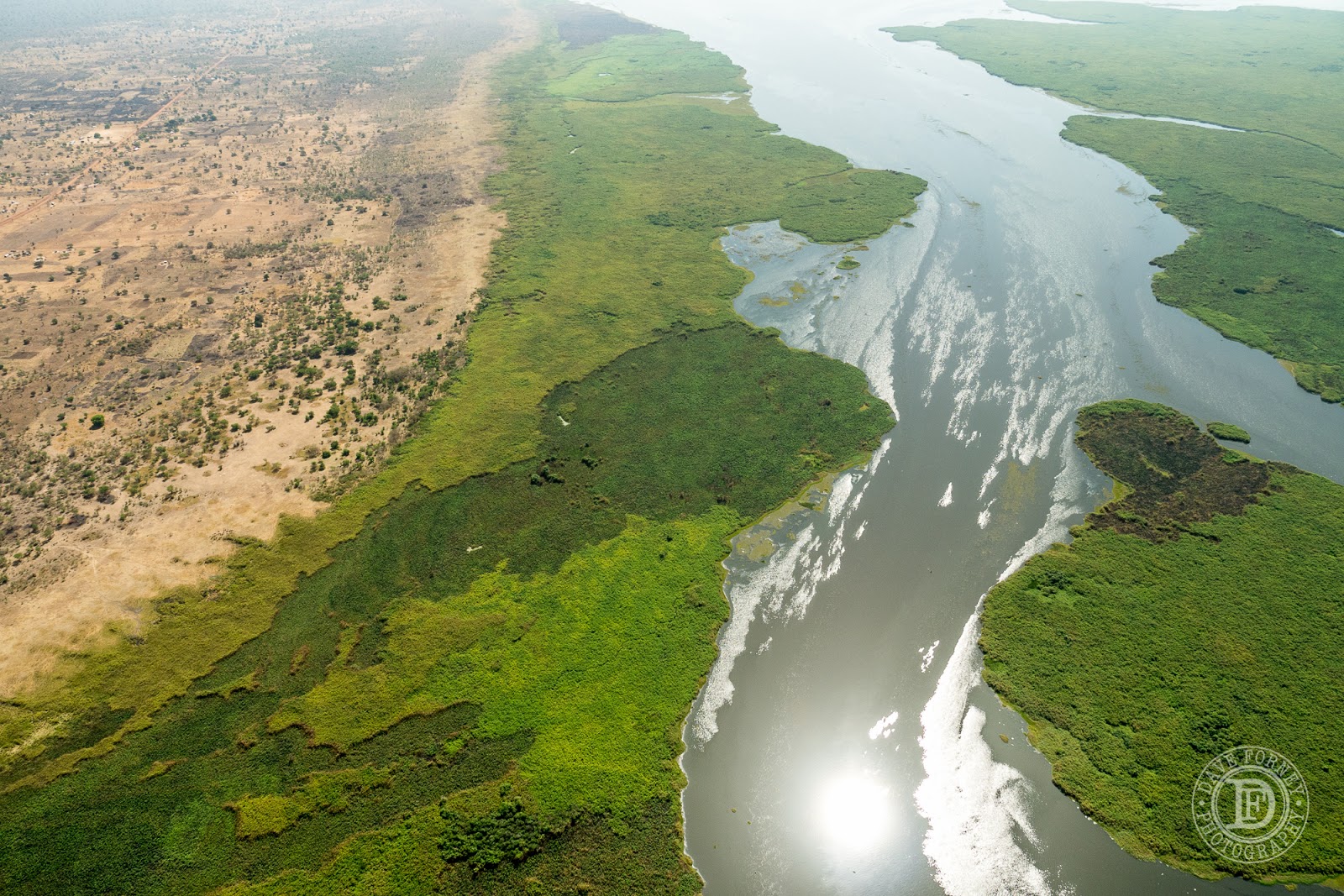 In the area of Lake Kyoga, where the mighty Nile slows down in-between the raging white waters around Jinja and the roaring falls at Karoma and Murchison, there are lots of swampy areas.  These, of course are green year-around. 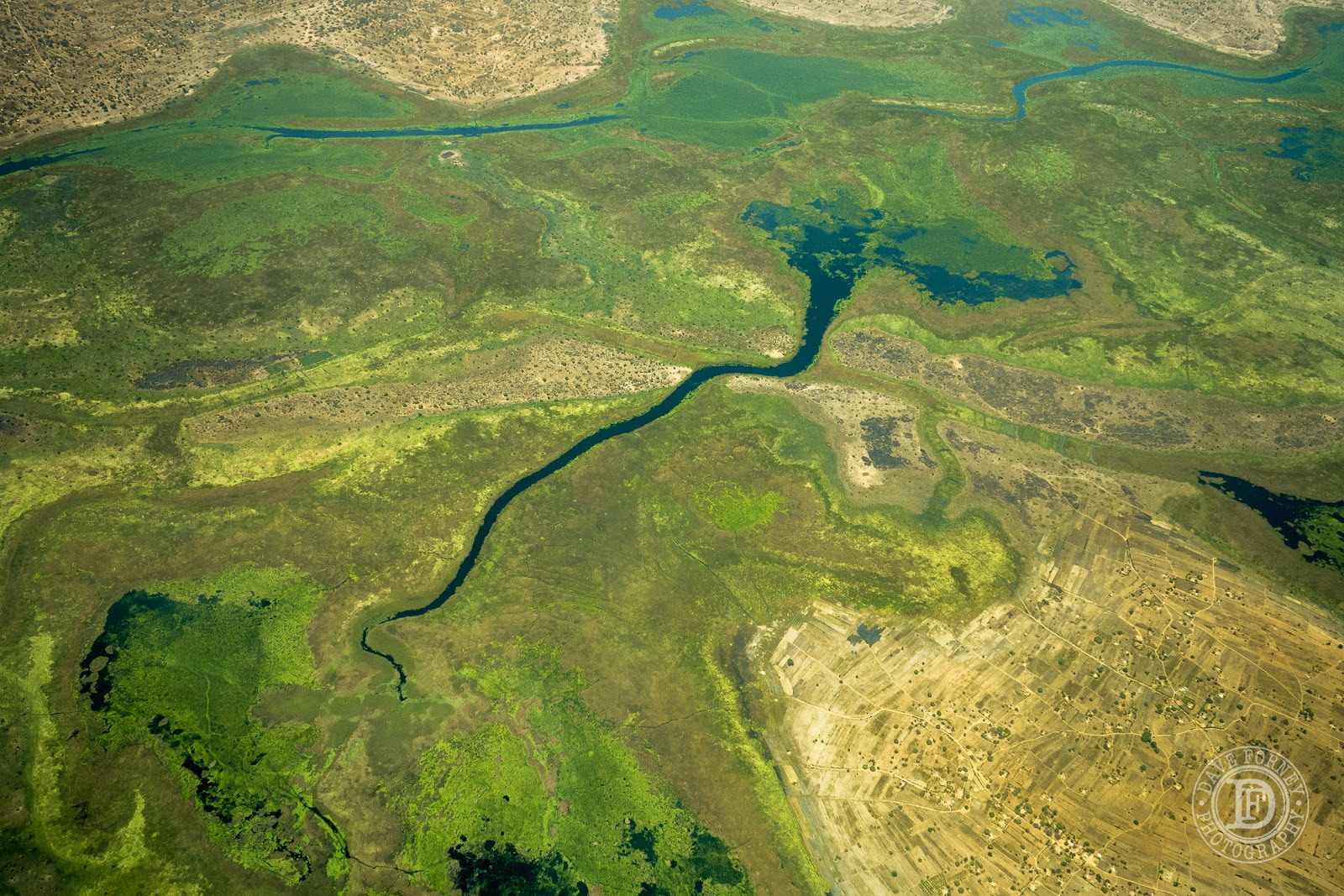 One thing that strikes me as very different here, as compared to SE Asia, is that there are almost no boats on these rivers and lakes.  I know there are fish--big fish, and lots of them.  Yet, there's very few boats.  If this were Asia, these waters would be jam-packed with boats!  Maybe it's the crocs and hippos that keep the people away?  Or maybe they just don't care that much for fish, preferring the taste of their beef, goats, and chickens instead.  But here in this shot, below, it does appear that people are "farming" or at least cutting sections out of that green stuff growing on the swamp.  I'm not sure why, or what it will be used for, but it certainly appears to be man-made circle cut out of that blanket of green.  Or perhaps its aliens?  One or the other.  :-)  Maybe one of you know why its being done?  Some day I'd love to get up there and explore some of these areas in a canoe.  I bet the fishing is great and there would be a lot of waterfowl, monitor lizards, and other wildlife... including crocs.  That would be fun!--and a great chance for some good photos. 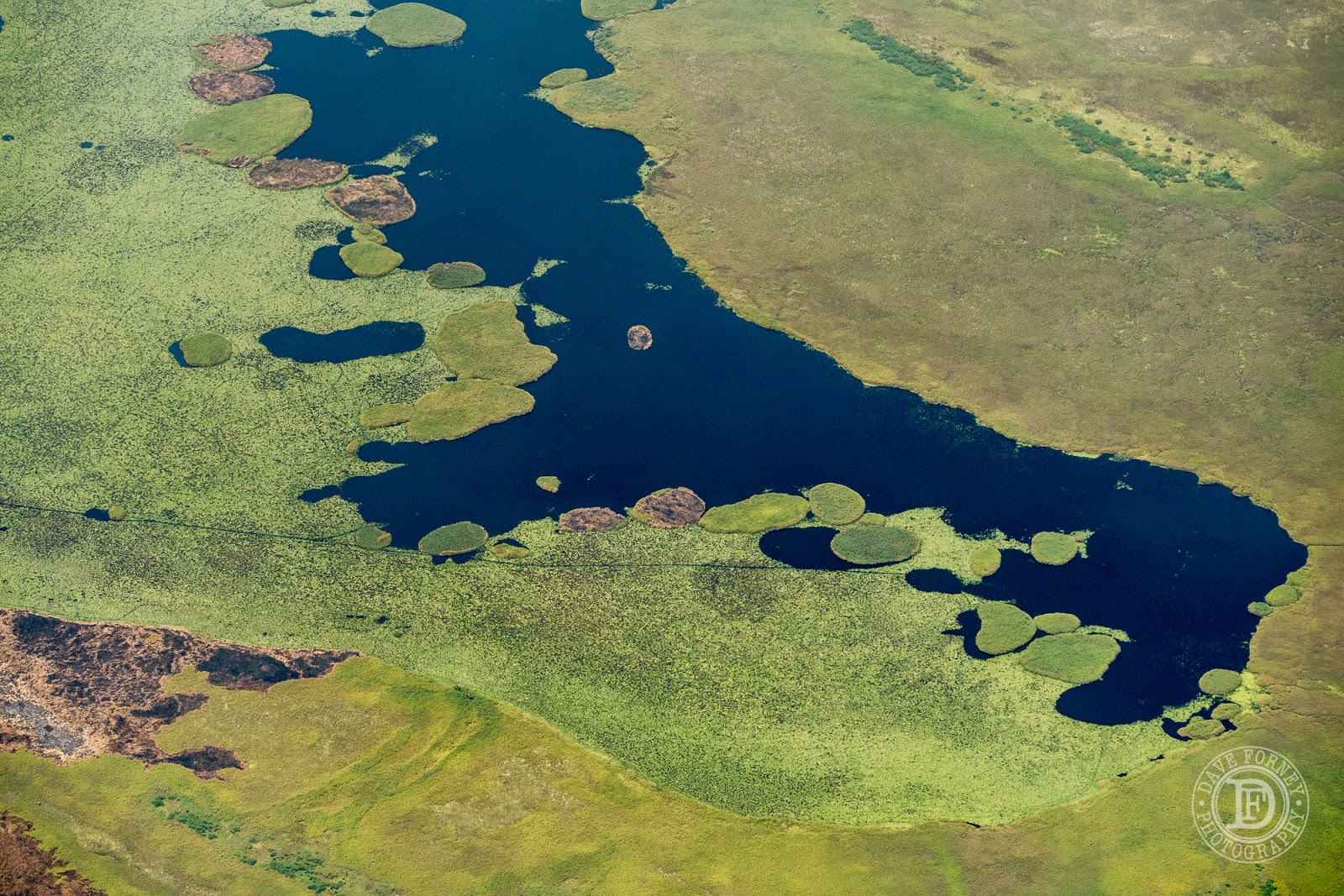 Just a few miles away, this is what it looks like.  Below, the road to Gulu slices a straight line through the brown, thirsty landscape. 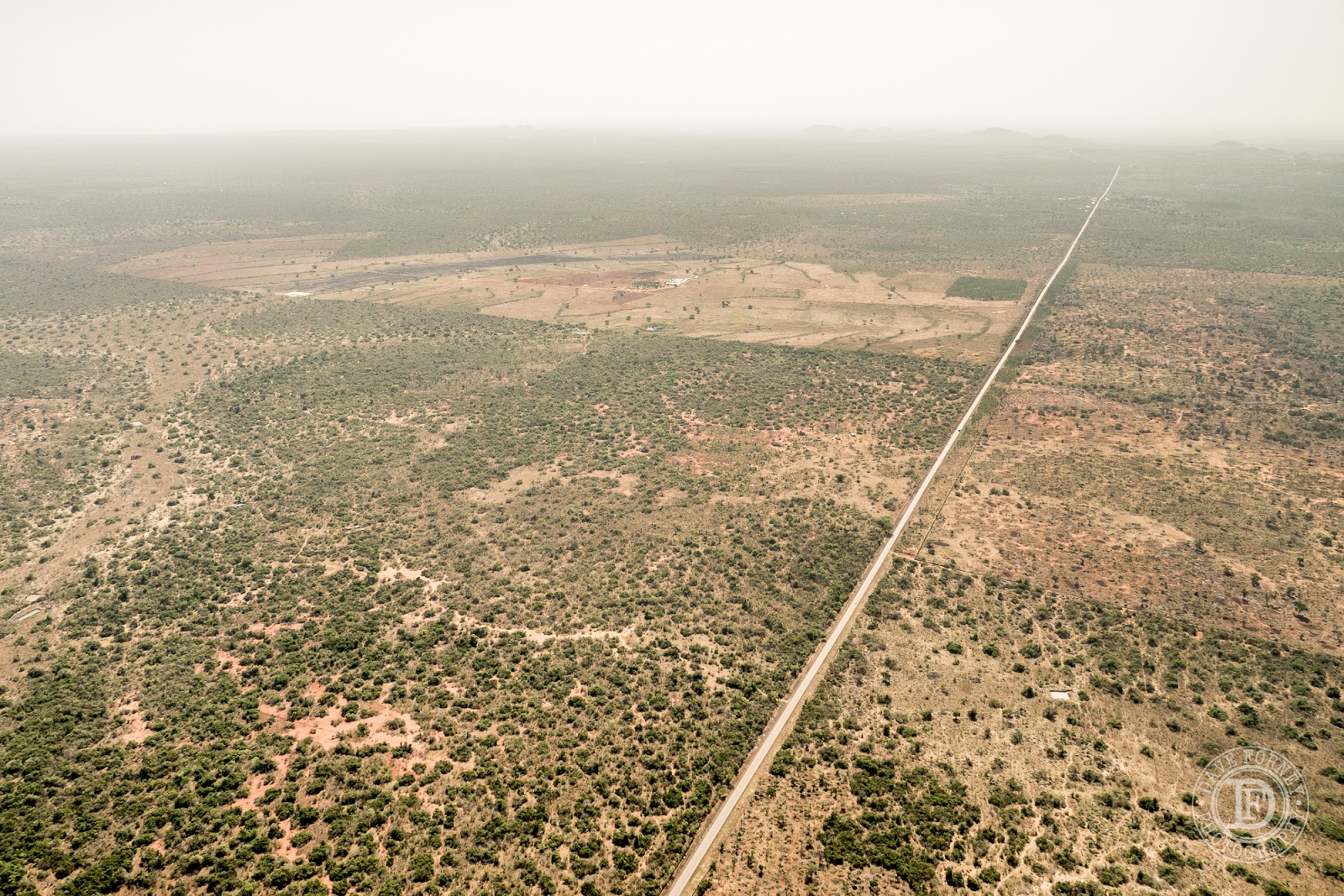 Switching gears... these are a few of the guys that make the flying possible.  These are my heroes!  The aviation mechanics (or engineers as they are called here).  We literally trust them with our lives as we fly the machines which they expertly maintain and repair, day in and day out.  These guys work in the background, like so many of our staff here, playing a vital role while the pilots often get all the glory.  Like I said, these are the true heroes! 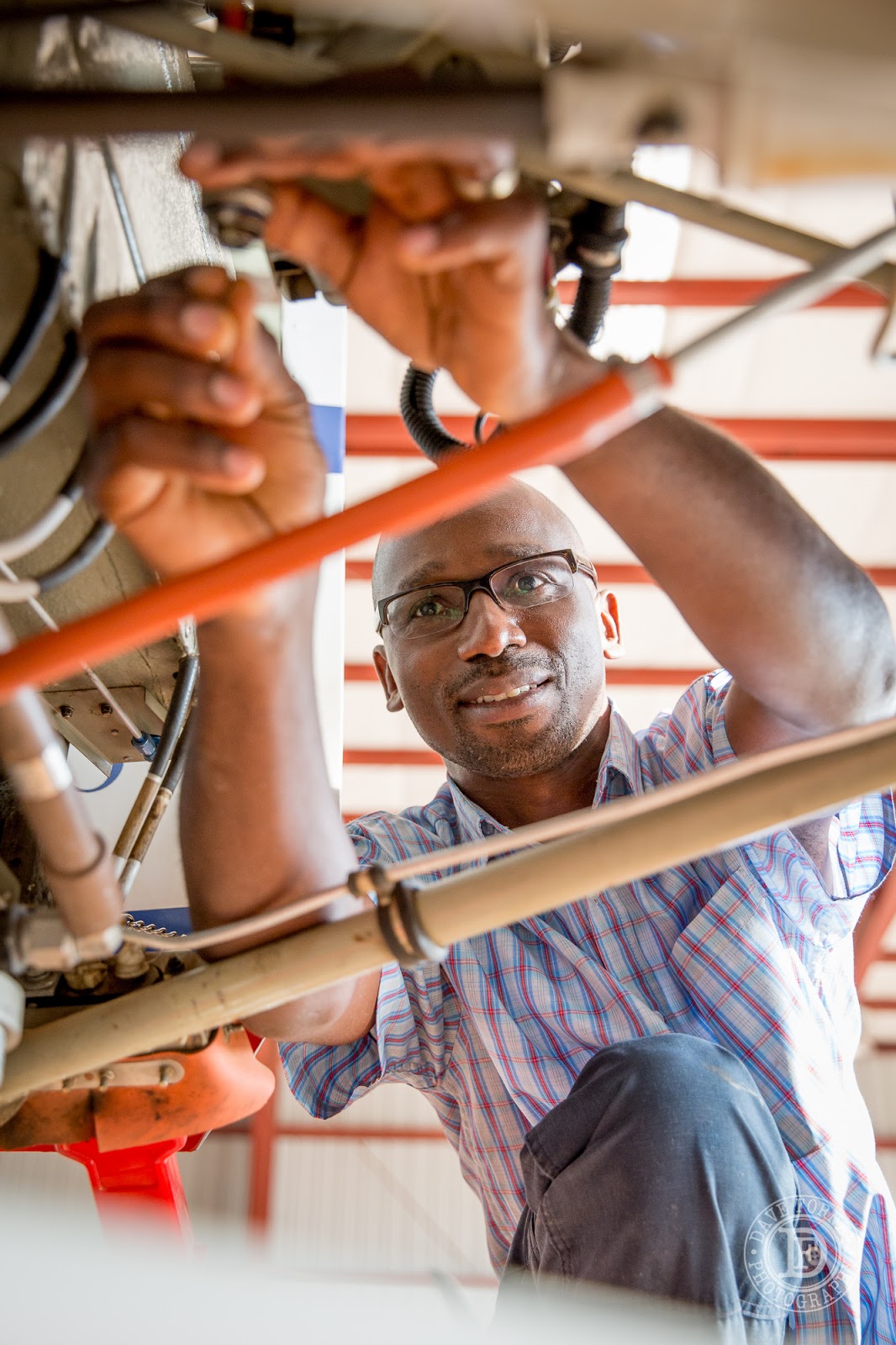 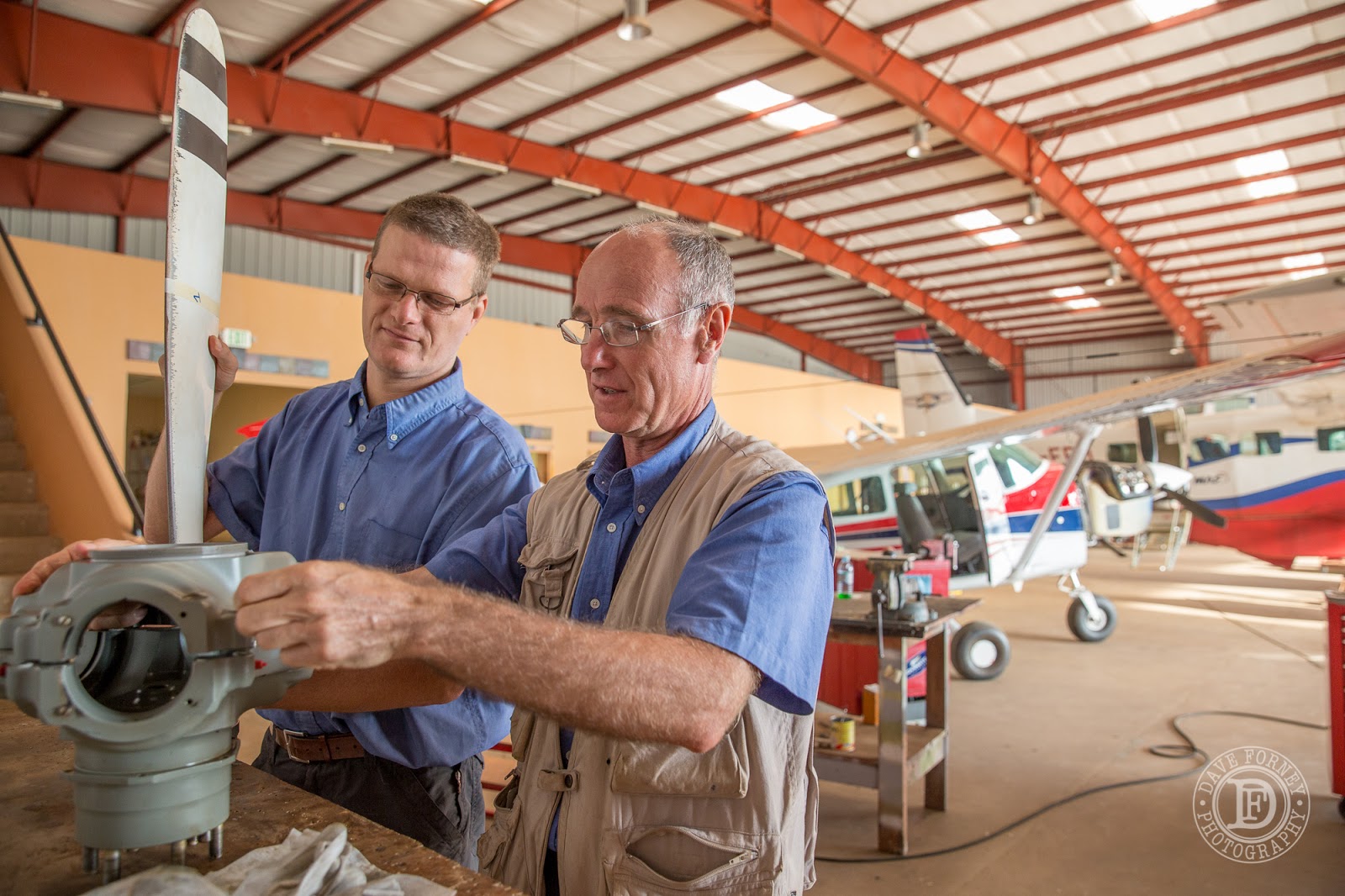 It's a privilege to be able to serve people on the wings of MAF, and it takes a big team of people to make it happen--from the engineers, to the office staff, to you guys!  We're glad to be a small part of that, and we're thankful to have a fantastic team of prayer and ministry partners behind us!  Thank you! 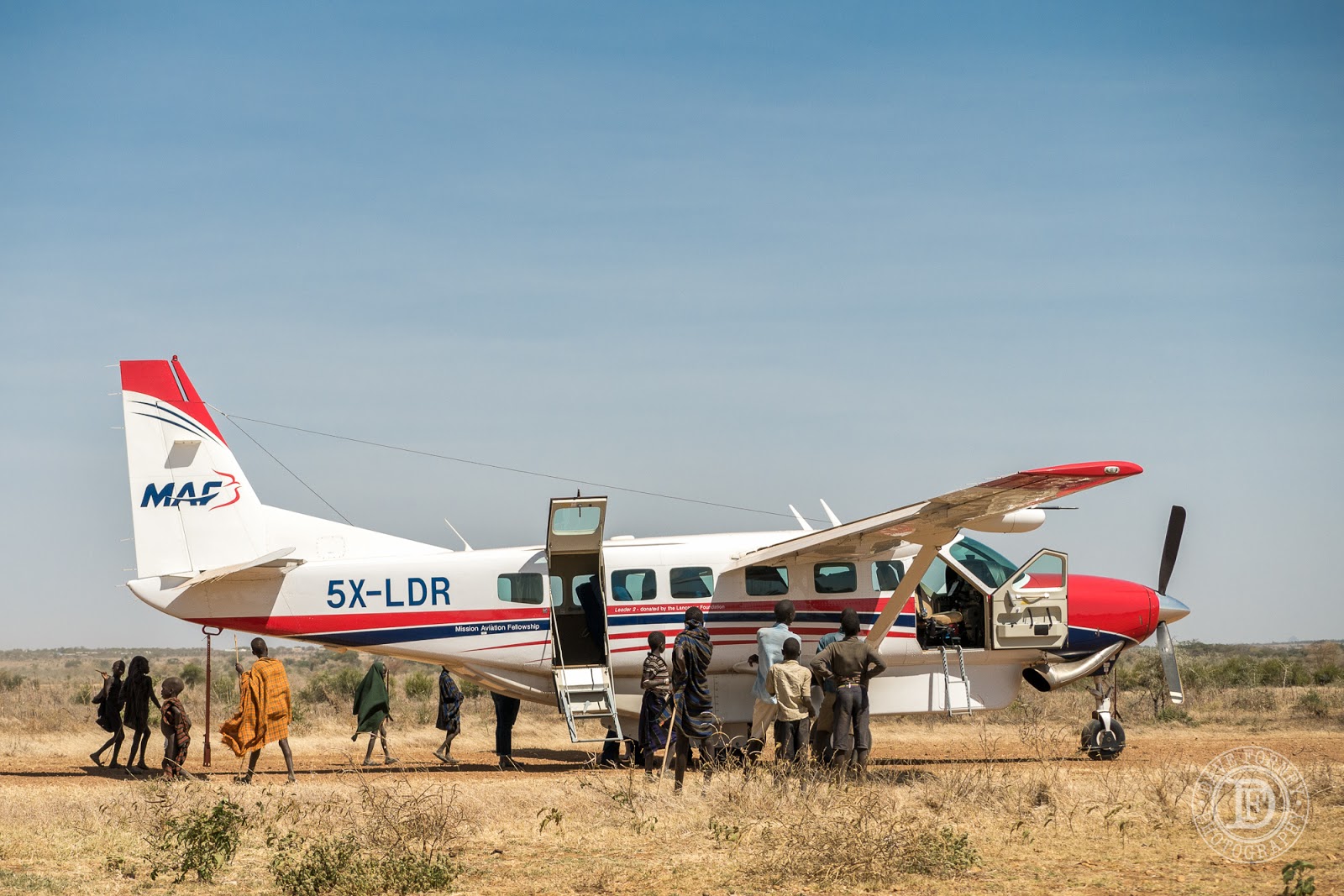 Email ThisBlogThis!Share to TwitterShare to FacebookShare to Pinterest
Labels: Day in the Mission Pilot's Life, View From My Office Window