I've decided to do one more post on Nepal, with a few thoughts about the country and the people there, and a few more pics to go along with that.  I hope it will entice you to visit some day. 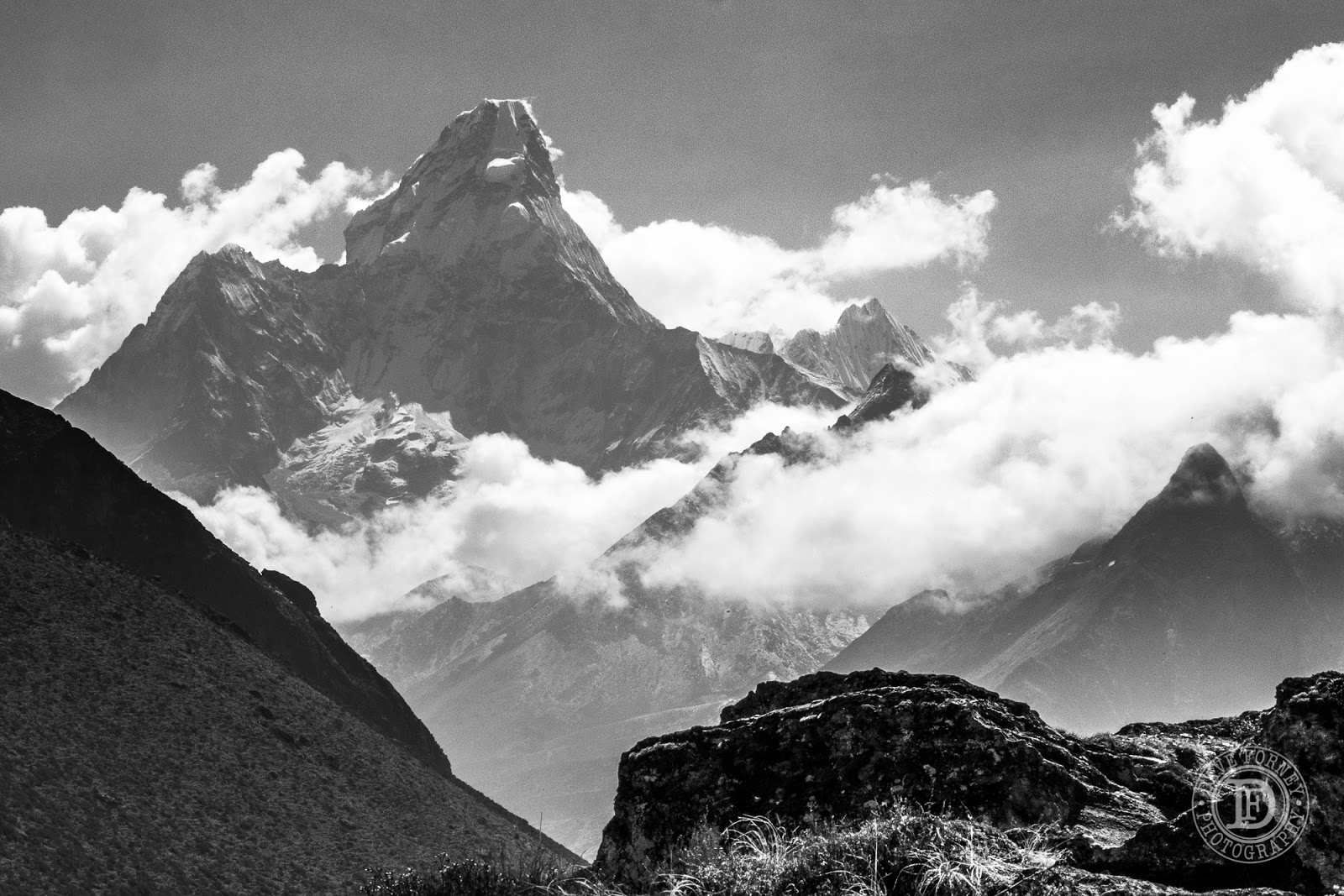 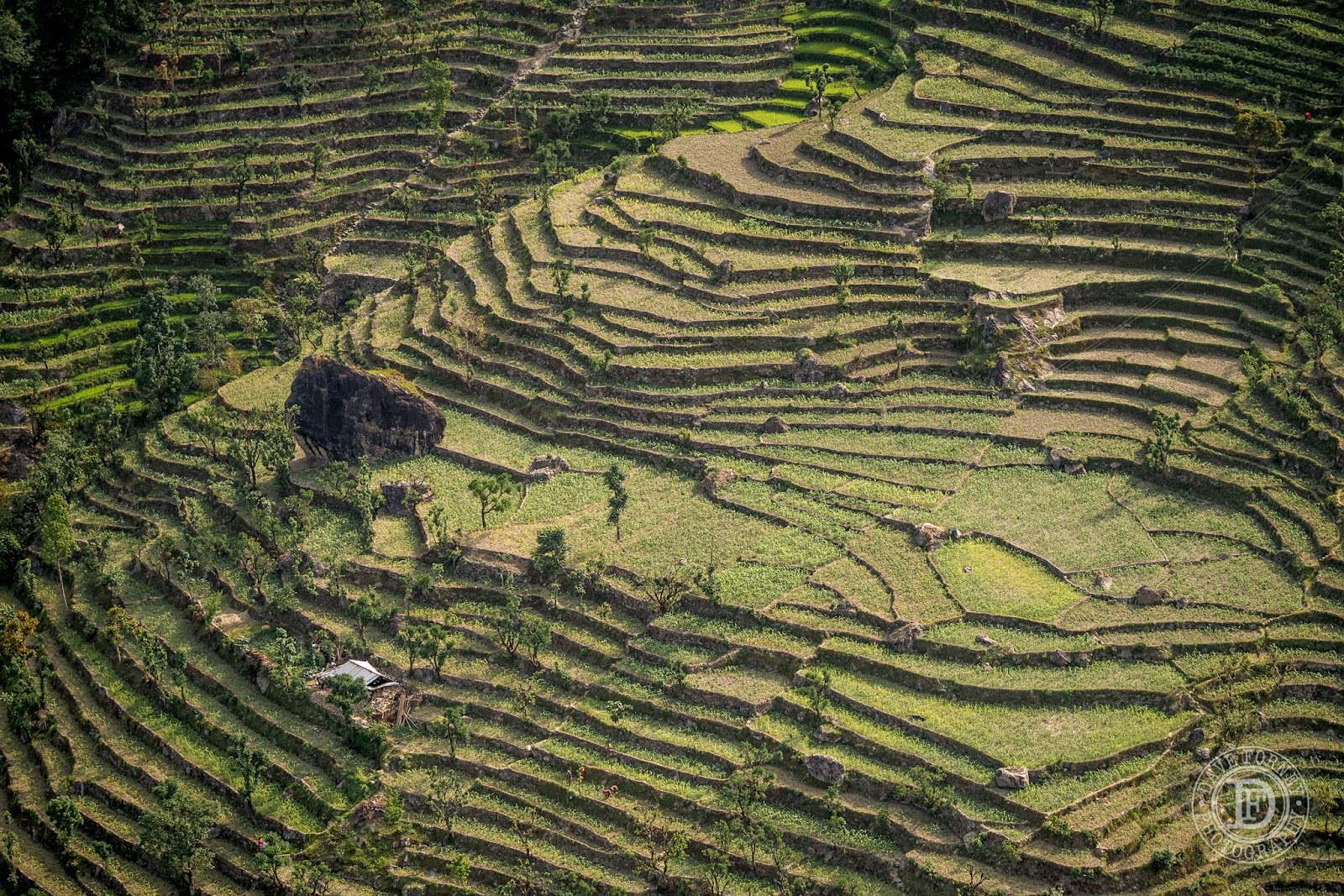 Nepal is a beautiful country!  The mountains are one of the main attractions, and they don't disappoint. Many people come from all over the world to trek the gorgeous Himalayas in Nepal.  The people who live in these remote areas, and even in the city, rely on the tourists for their livelihood.  I frequently heard locals talking about their concern as to what long-term effects these earthquakes might have on tourism. 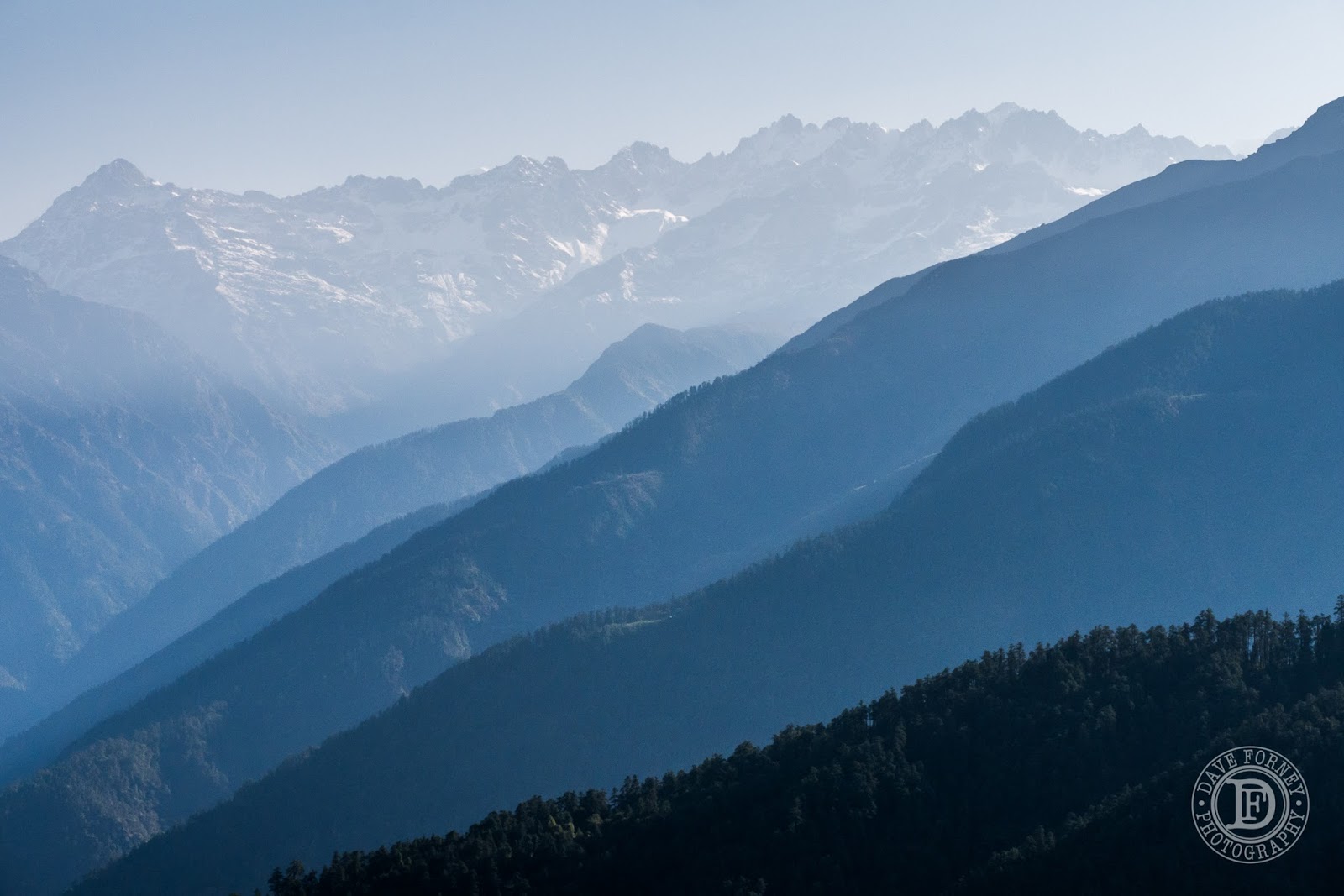 As horrible as these twin-quake tragedies were and are, I can ensure you that the people of Nepal will rebuild and recover.  Of course, the pain and scars will still be there with those who experienced it, but they are a strong and determined people, and they will be ready to welcome tourists back before you know it.  They want you to come and visit. While I was standing in the formerly picturesque mountain village (below), imagining what it looked like before the first quake set loose a cascade of rocks and boulders that wiped out the buildings in this picture, a young man came up to me and invited me to his "house". 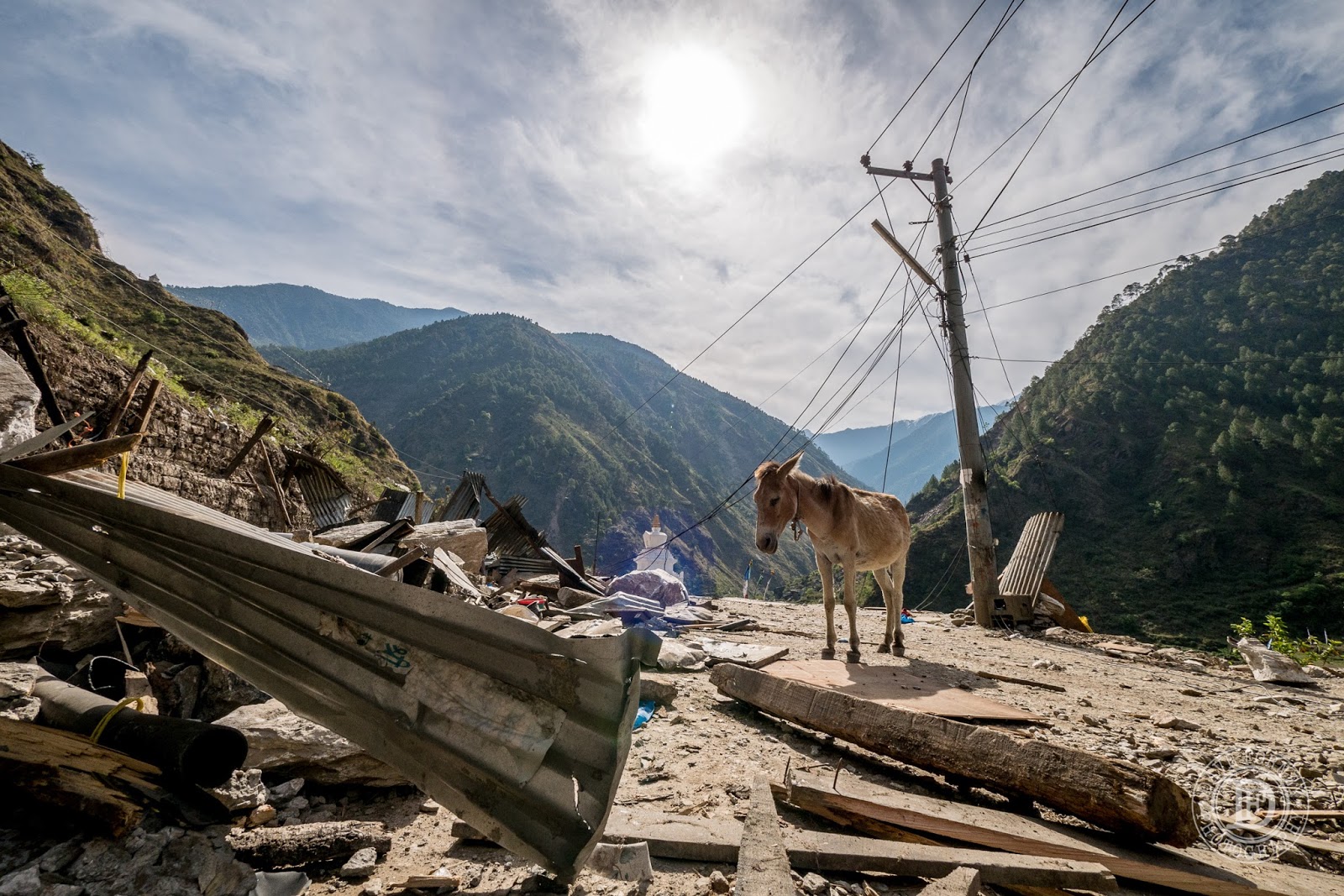 This is where we wound up going (below), to his newly erected tent.  His house had been destroyed.  When the first quake struck he had been in the process of building a little lodge for trekkers.  It was his dream, and his future. He showed me how it had been severely damaged. Indeed, it was probably beyond repair.  But rather than giving up, he quickly built a temporary shelter for his family, and then began picking up the pieces to rebuild his house, and his lodge.

He showed me how he was going to improve it over the original design, and where he intended to plant a flower garden, and herbs, and how he would make steps down a steep hill to a little hot spring, and on and on... That's the attitude of the people of Nepal--it's not that they don't feel the pain of the earthquake tragedies. They do.  Many have suffered beyond what most of us will ever know, or could ever handle.  Yet, rather than give-in and admit defeat, they are taking what's left and beginning to rebuild.  And they are counting on the tourists/trekkers to return, to ensure a future income for them and their children. 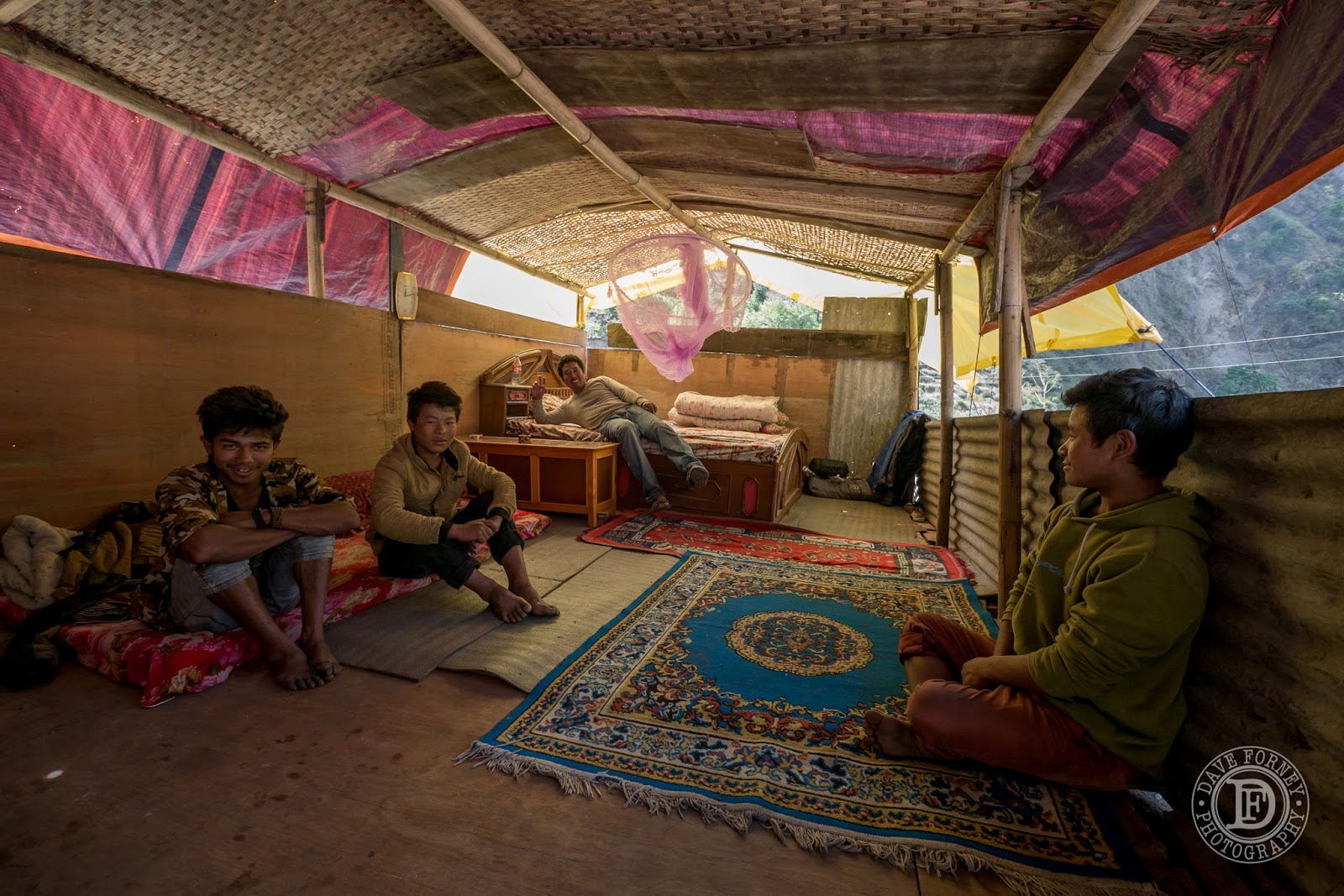 Switching gears a bit, to religon.  Nepal is about 80% Hindu, about 10% Buddhist, about 5% Islam, and the rest is comprised of Yumaism (3%), Christianity (1.5%) with others making up the remainder.
Everywhere one goes in Nepal, there are obvious signs of the two main religions--there are temples, shrines, prayer flags, monasteries, and all sorts of other symbolisms of their beliefs.  For example, returning to the Kathmandu airport after a relief flight to the North, the massive Boudhanath, one of the largest Buddhist Stupas in Nepal, dominates the city skyline. 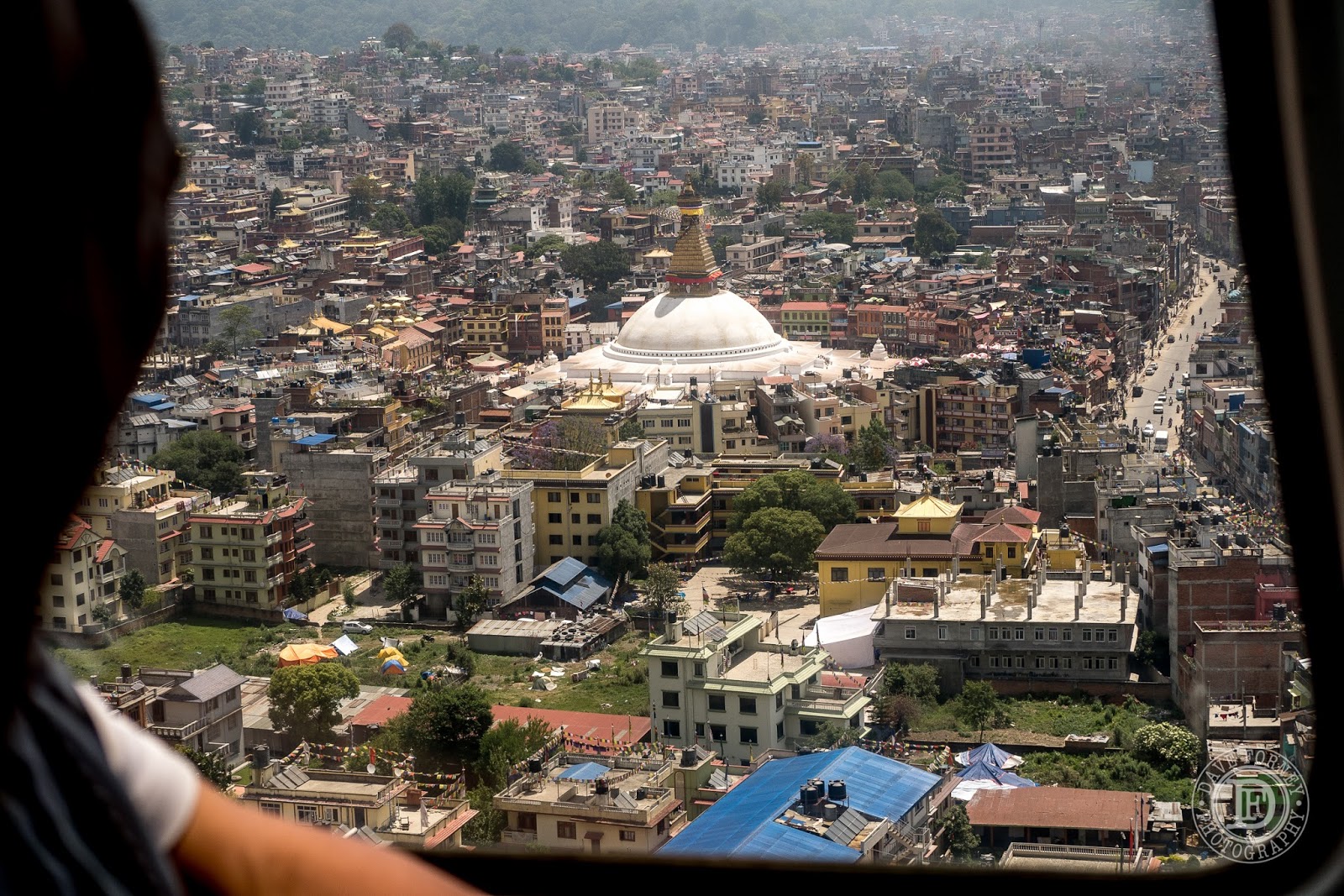 But as I said, the main religion in Nepal is Hinduism. The way people practice Hinduism-- what they believe, and how that plays out, can vary widely.  But since there are literally tens of millions of gods in Hinduism, the representations of these gods can be seen virtually everywhere you go in Kathmandu--from the shops (below), to the office buildings, hotels, houses, cars, and on every street corner. 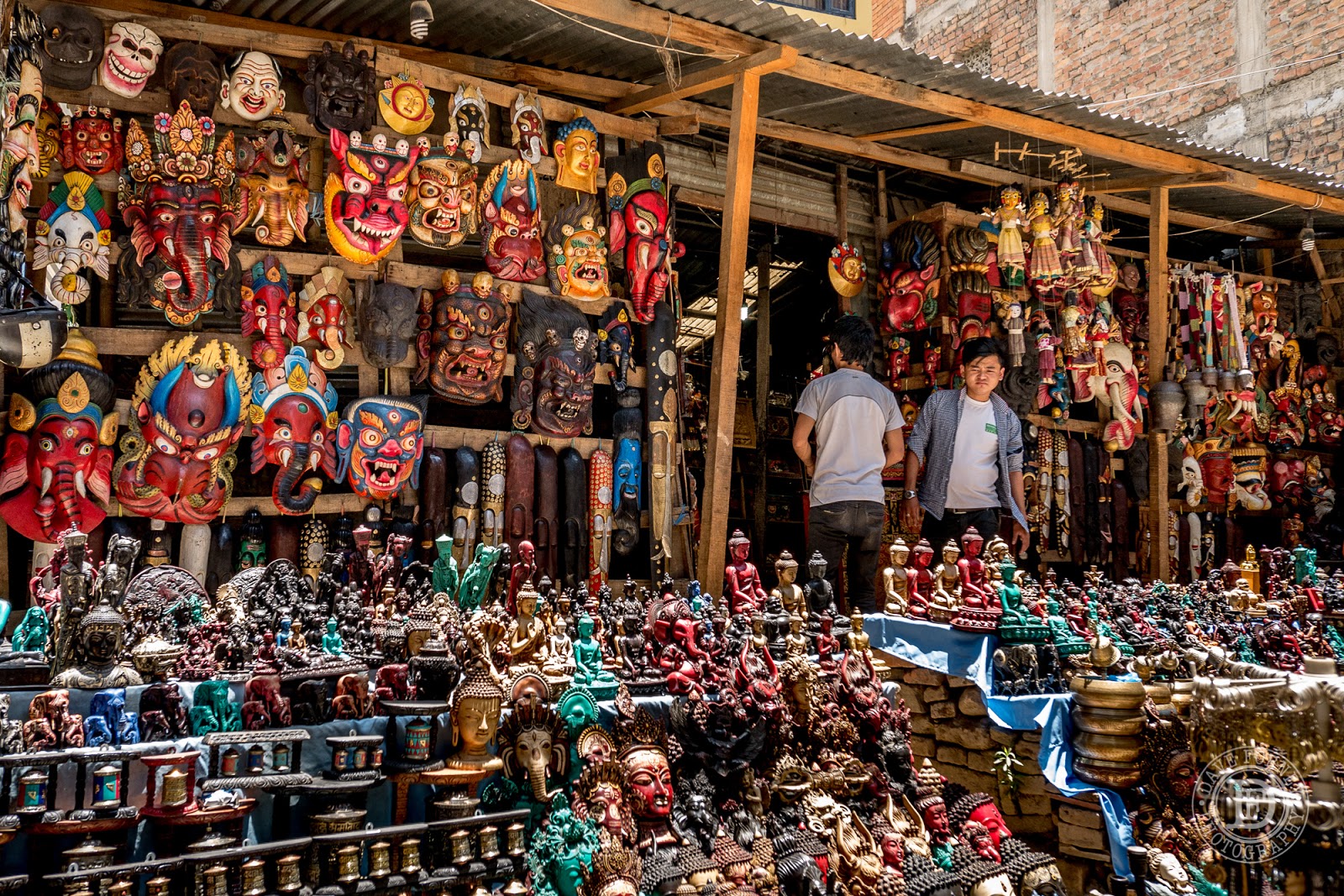 There are also many, many Hindu Temples throughout the city--virtually every street corner has a temple. Many are small. Some are large. This one (below) is massive, and is a World Heritage Sight. Its the Pashupatinath Temple, one of the most sacred temples in all of Hinduism, thought to be built around 400 A.D. 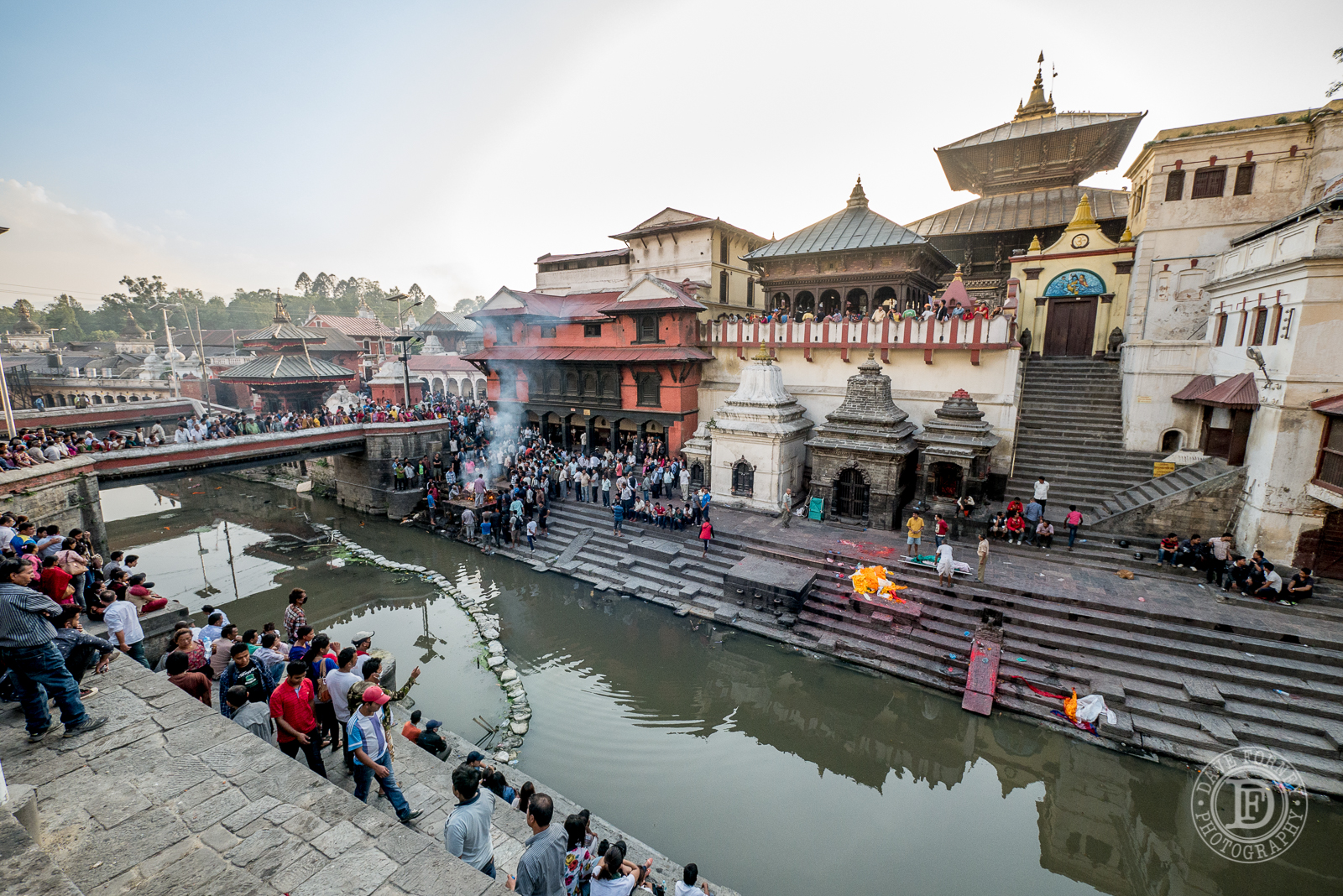 Sadly, the reason for our visiting Pashupatinath Temple this day was for the cremation of a helicopter pilot who had died in an accident the day before. He was flying for a different flight operator--not the one we were working with. However, the flying community is small, and most of the guys at Fishtail Air knew this young captain well. Indeed, some were good friends with him.  It obviously hit them all pretty hard. I was honored and humbled that my friends at Fishtail Air asked me to accompany them to the cremation of their friend.  And I appreciated their candor in explaining what was happening, and the opportunity for all of us to talk freely about our beliefs and customs. 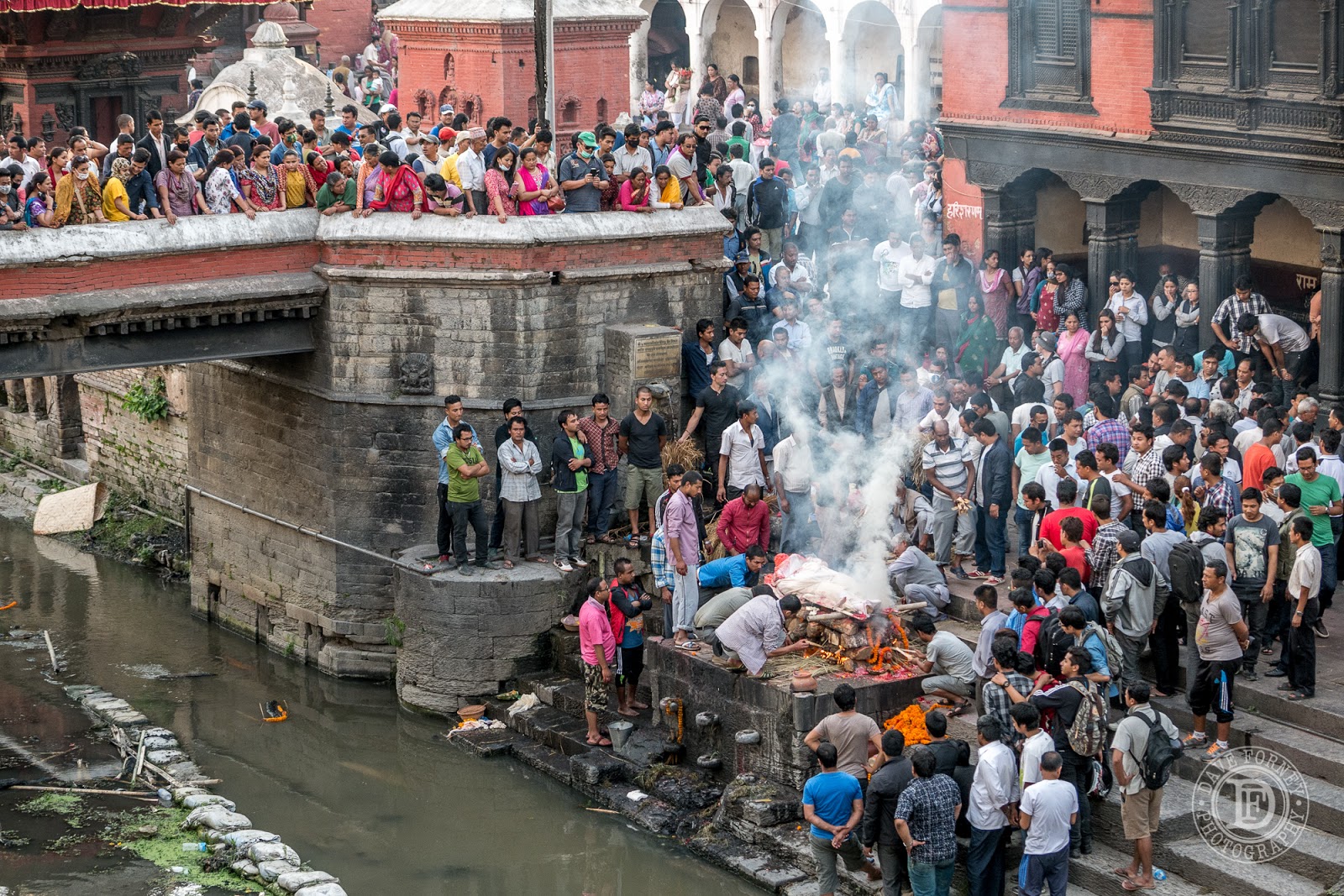 Here is a Sadhu, a Hindu holy man at the Pashupatinath Temple.  I went over and talked with him for a bit. Apparently he's spent the past 30+ years here at this temple, doing what the Sadhu do. 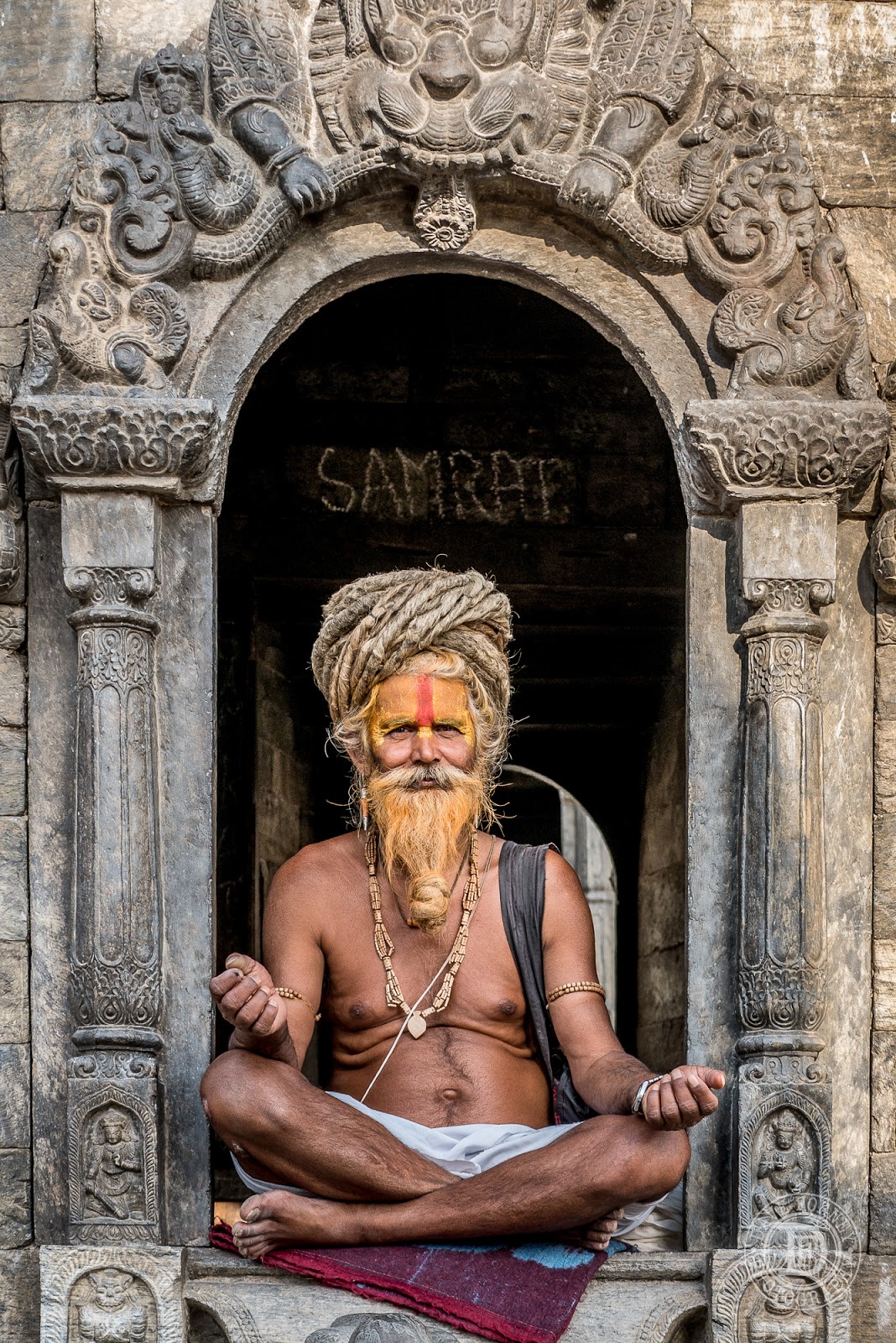 Whereas Kathmandu is primarily Hindu, the remote, mountain villages are often primarily Buddhist.  As such, there are a lot of monasteries in some of the most remote and rugged and beautiful locations, ranging from small (below) to massive. 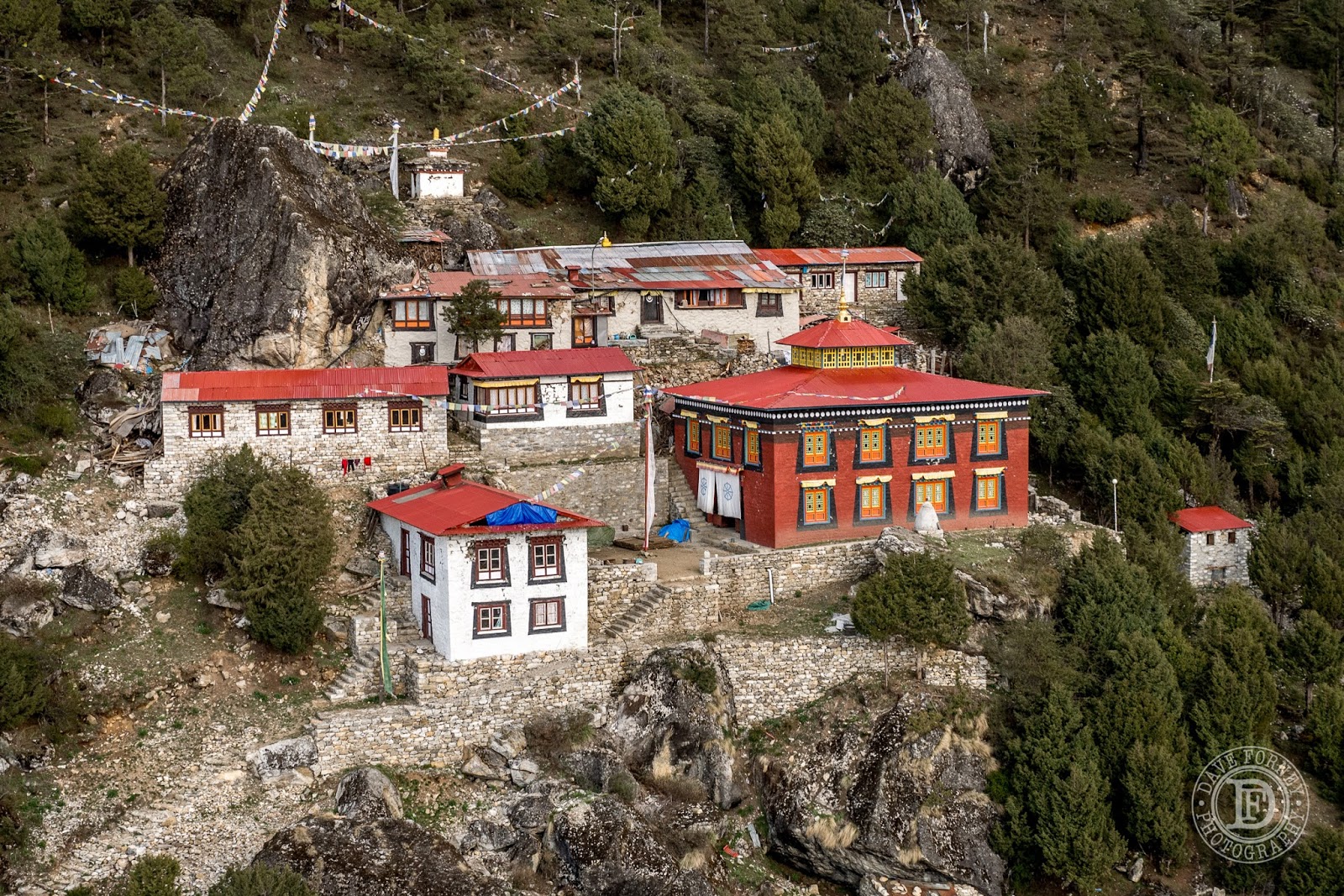 It's also common to see Buddhist prayer flags fluttering all over the mountain villages, up on top of steepest spine ridges, actually almost every where. 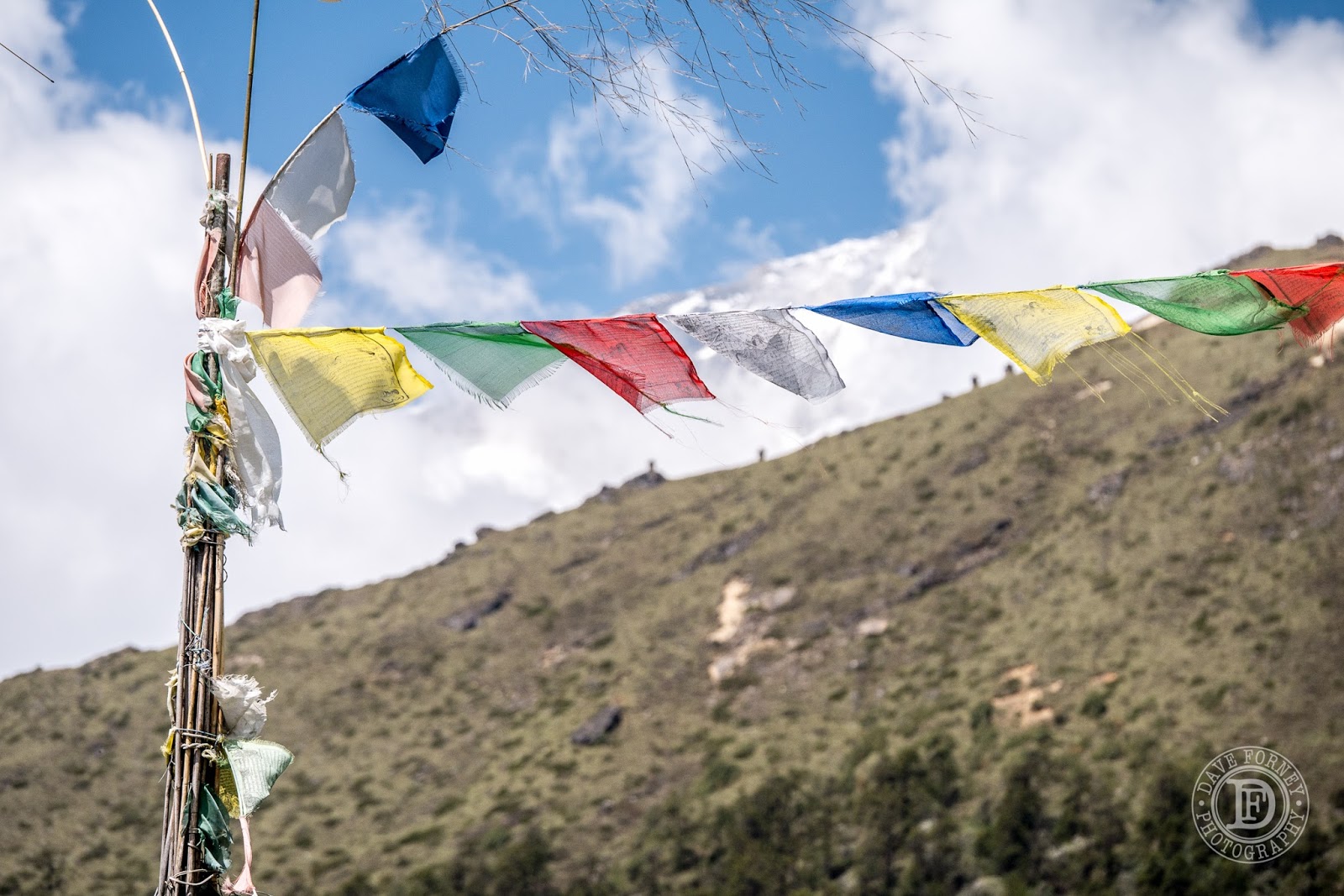 Here's another monastery on a steep ridge that we passed on our way to a more remote/devastated area.  Not a bad view from there hugh? This one was fortunate to have survived the earthquake.  However, many were devastated, or their supply trails cutoff because of the twin quakes. The monks and nuns who lived in those places were desperate for help. As we do in all disaster situations, MAF was helping to bring aid and relief and supplies to EVERYONE who desperately needed them, no matter who they are, what they believe, or how remote their location. 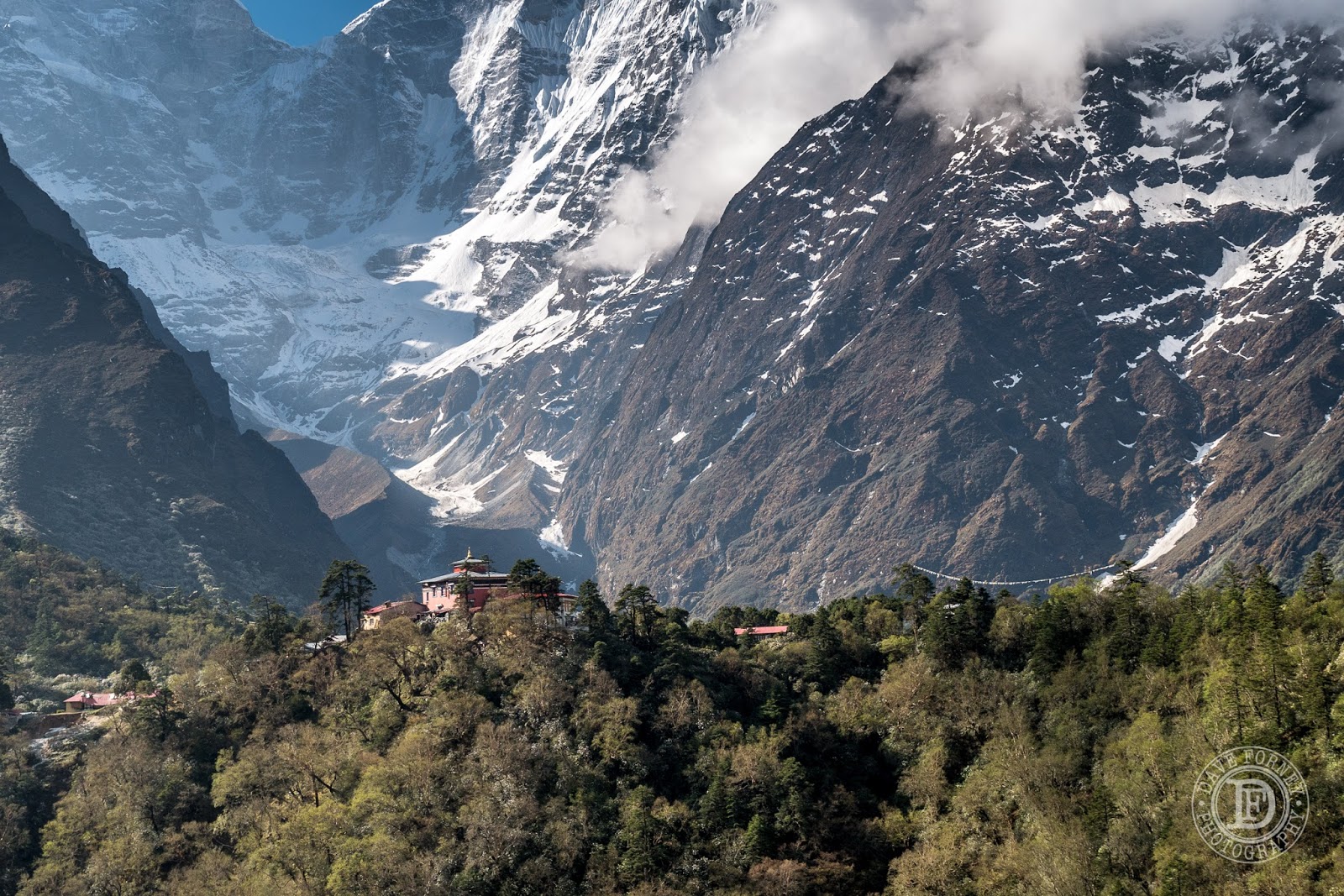 Switching gears again--this time to the city of Kathmandu itself.  When I first got there, just a few days after the first quake, it was eerily quiet for such a large city. I didn't realize at first, how many people had fled the city.  But slowly, as things got back to "normal" it became the bustling beehive of activity I had expected.  Truth be told, I didn't really get to spend much time looking around--only about two hours total, one afternoon, during the entire time I was there.  But it seemed to have a very unique feel for a large city, different than anywhere I've ever been before (and I've been to a lot of countries and cities). I really liked it--the shops, the good cheap food, the friendly people--it had more of a small town feel.  It definitely is a place that a foreigner could walk the streets and just enjoy the place and the people.  Some day I hope I can return. 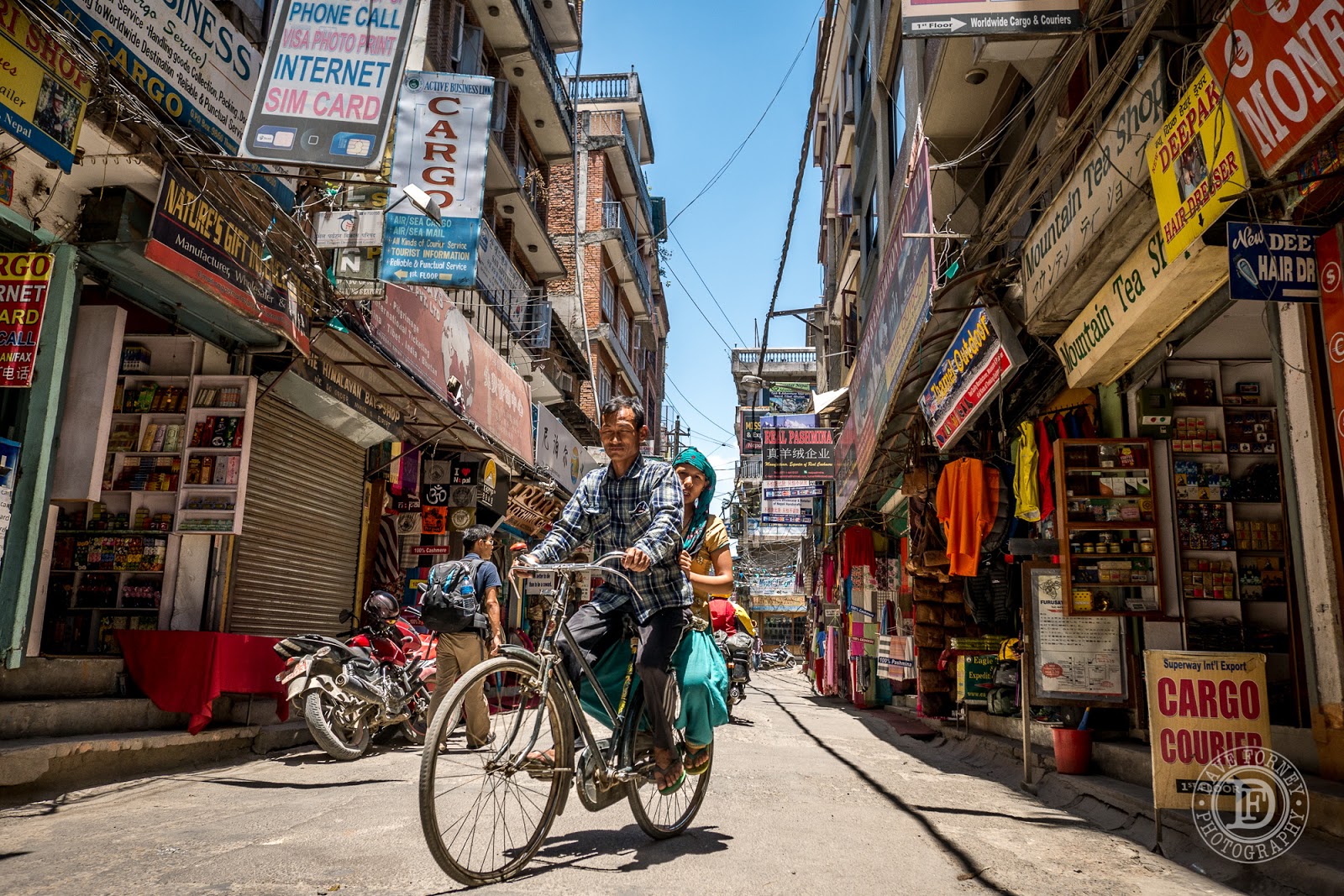 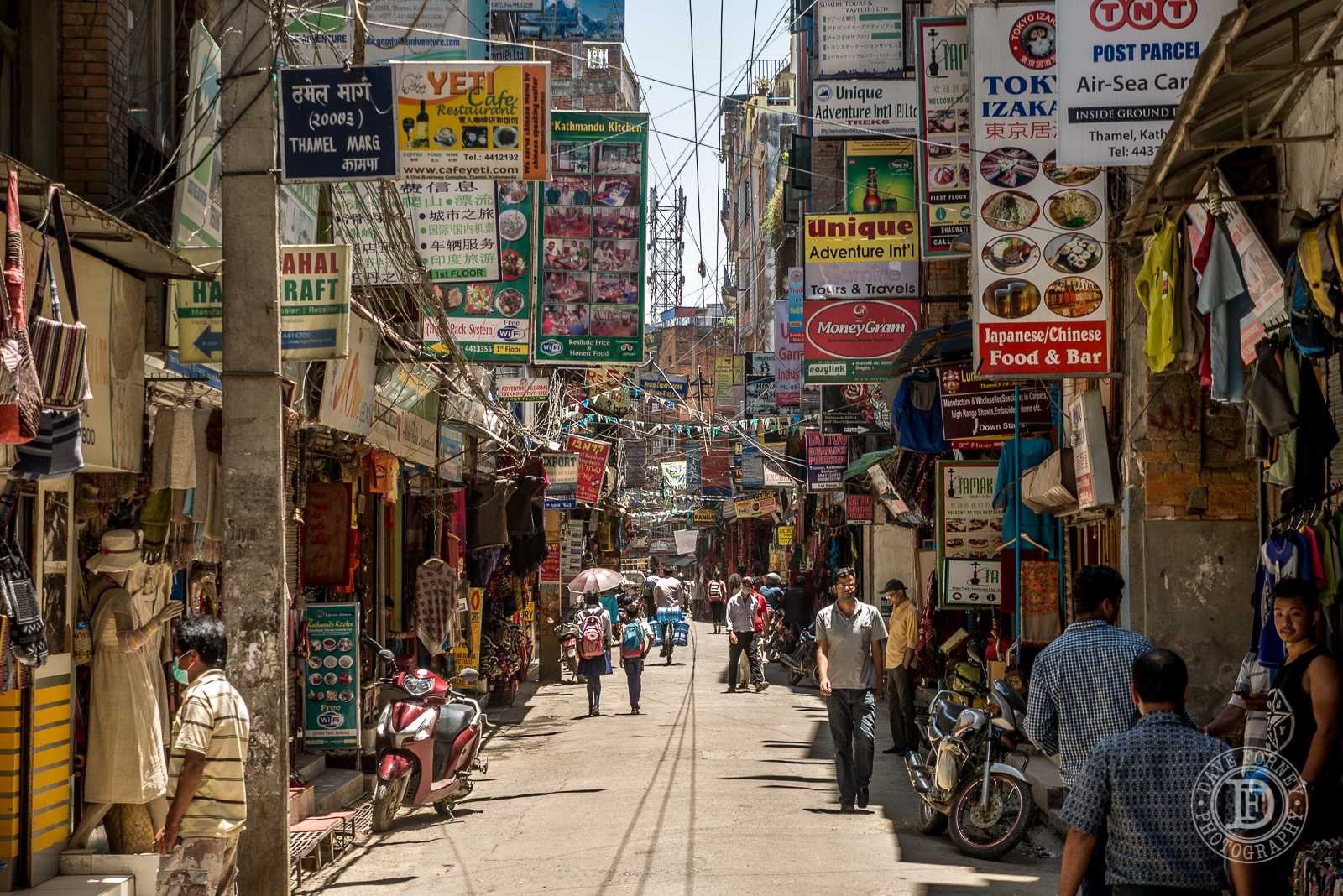 On a side note, I just couldn't cease to be amazed at the electrical wiring in Kathmandu. I've never in my life seen so many wires going everywhere, and yet it somehow seemed to work.  I would hate to be an electrician in that city. How in the world would you ever make sense of all of that?...maybe just run another wire.  In fact, it looks like that's what they've done.  :-)  But the truth is, even after two massive quakes, the electricity there was still more reliable than it was during the 8 years we lived in Kalimantan, Indonesia.  Go figure. 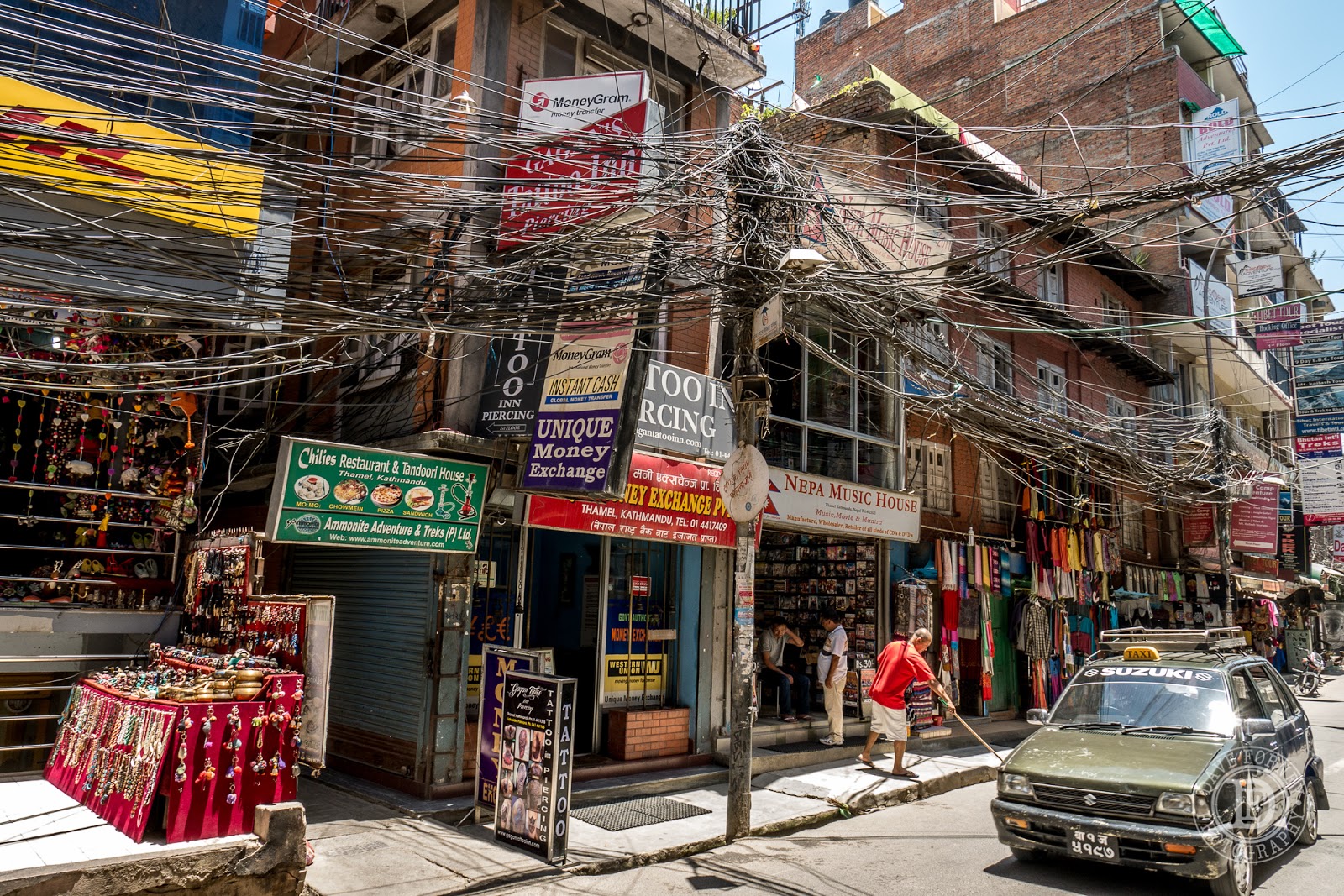 So here's a few parting shots that focus on the great aspects of the lively city and the gorgeous countryside, rather than the destruction.  Hopefully they will entice you to plan a visit to Nepal sometime in the future. You won't be disappointed, and you'll be helping the local people, who are so desperately counting on tourists to soon return to their country. 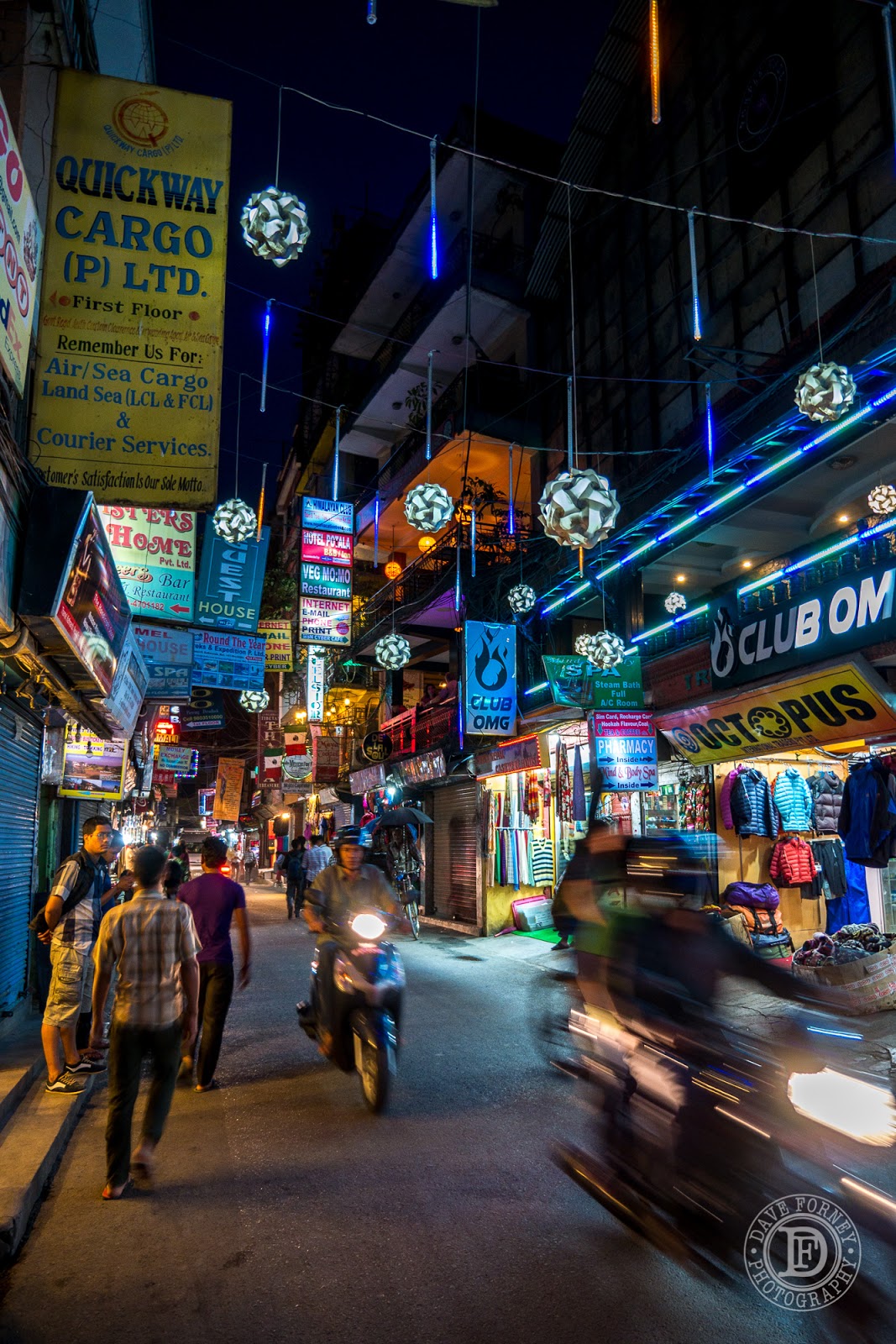 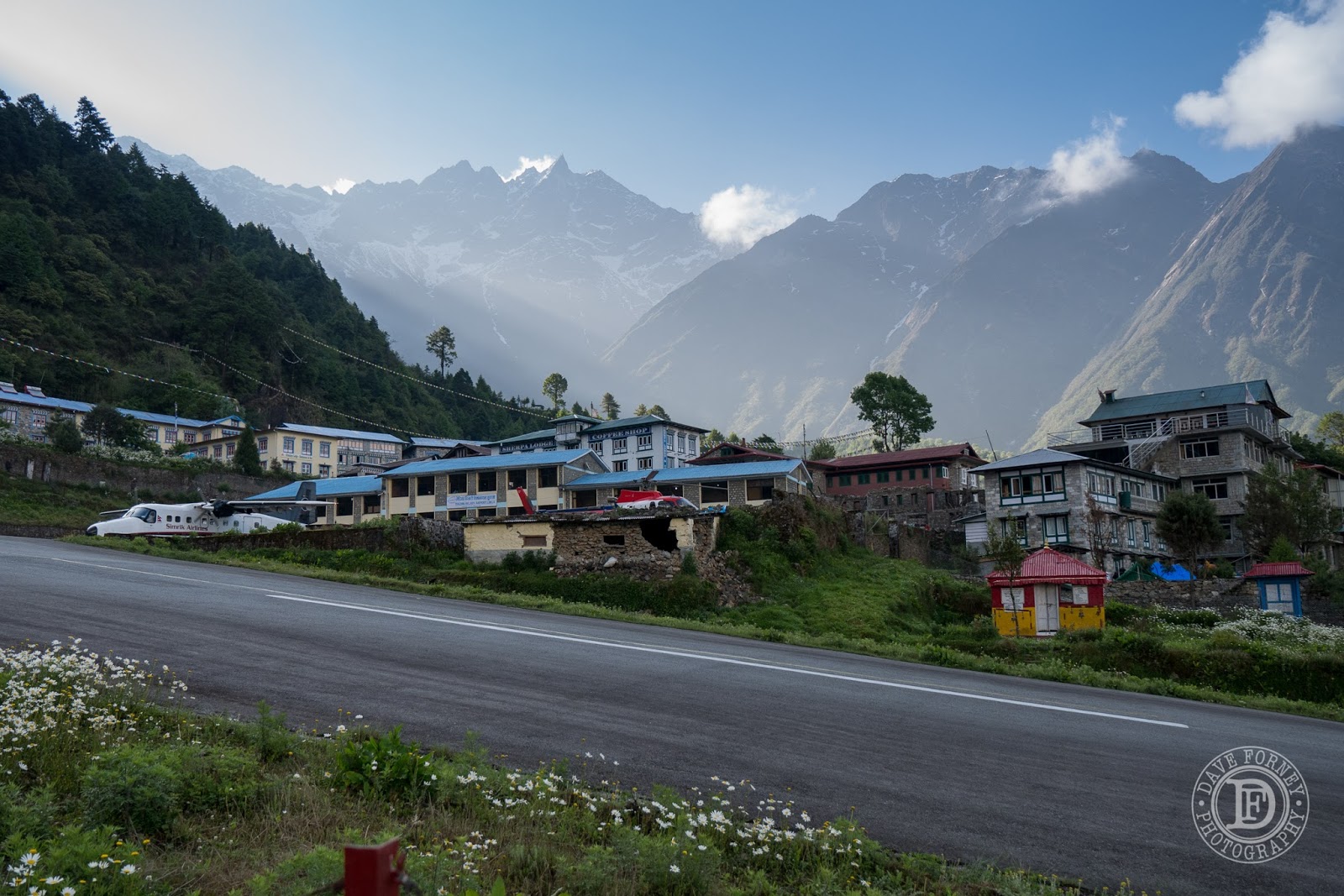 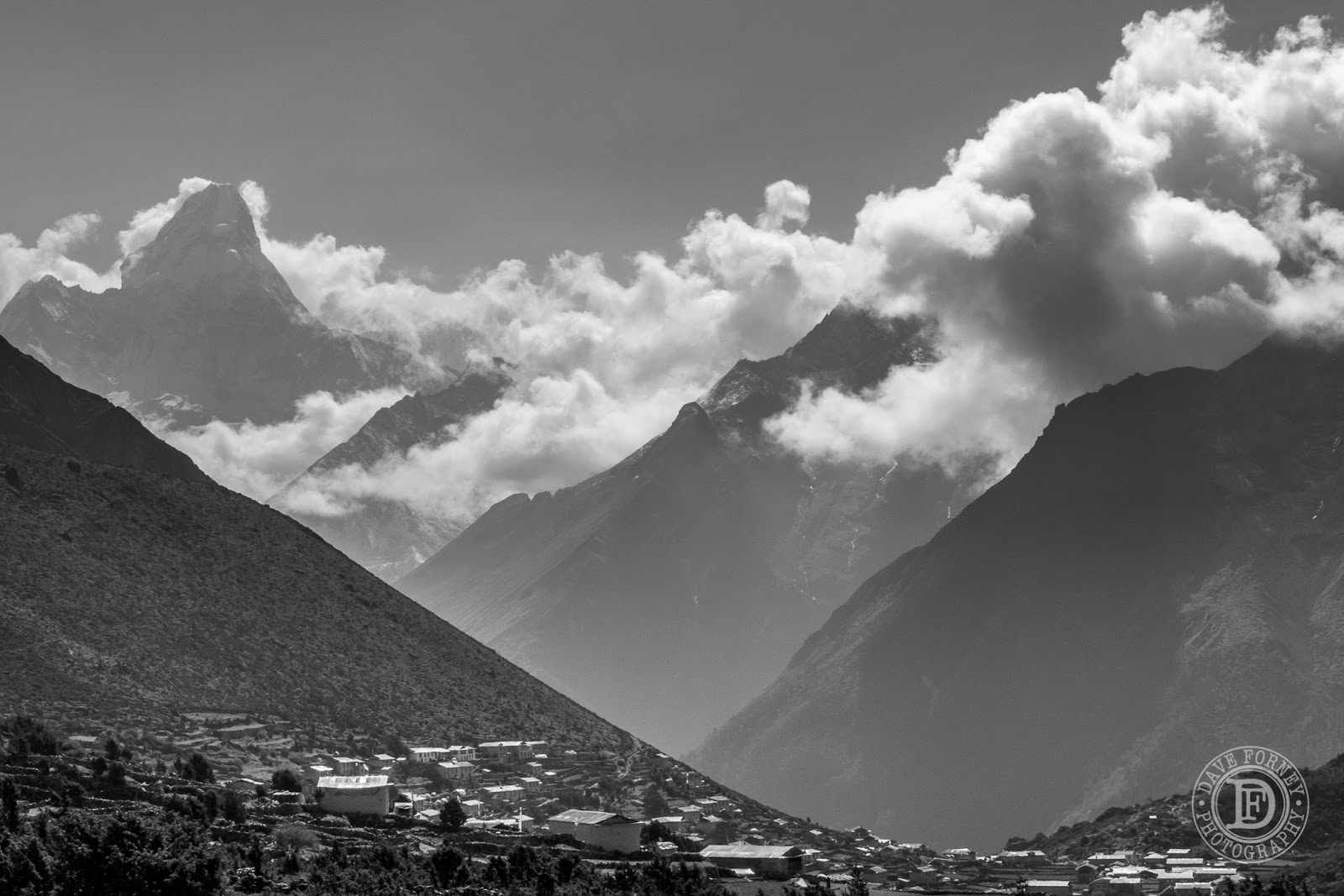 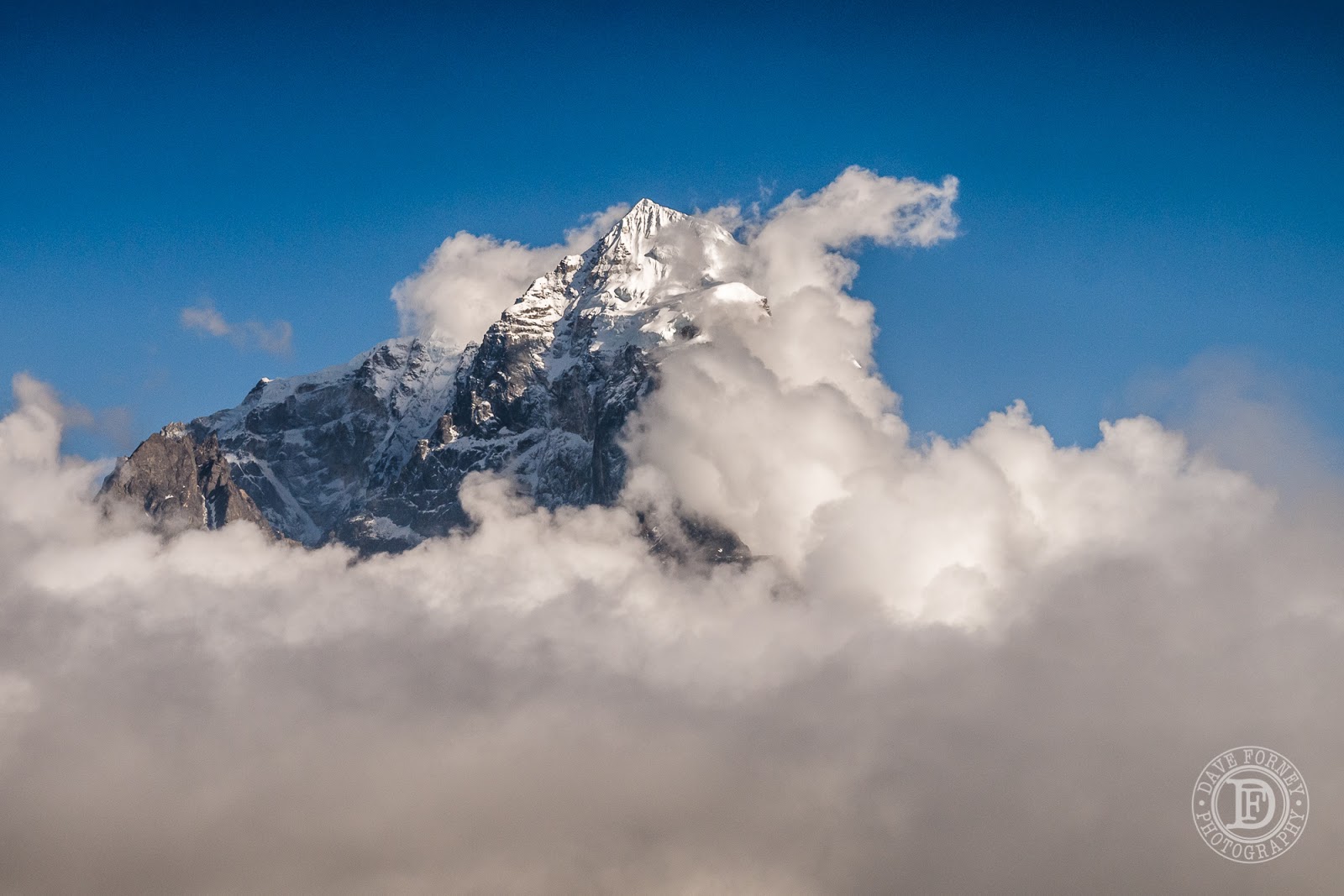 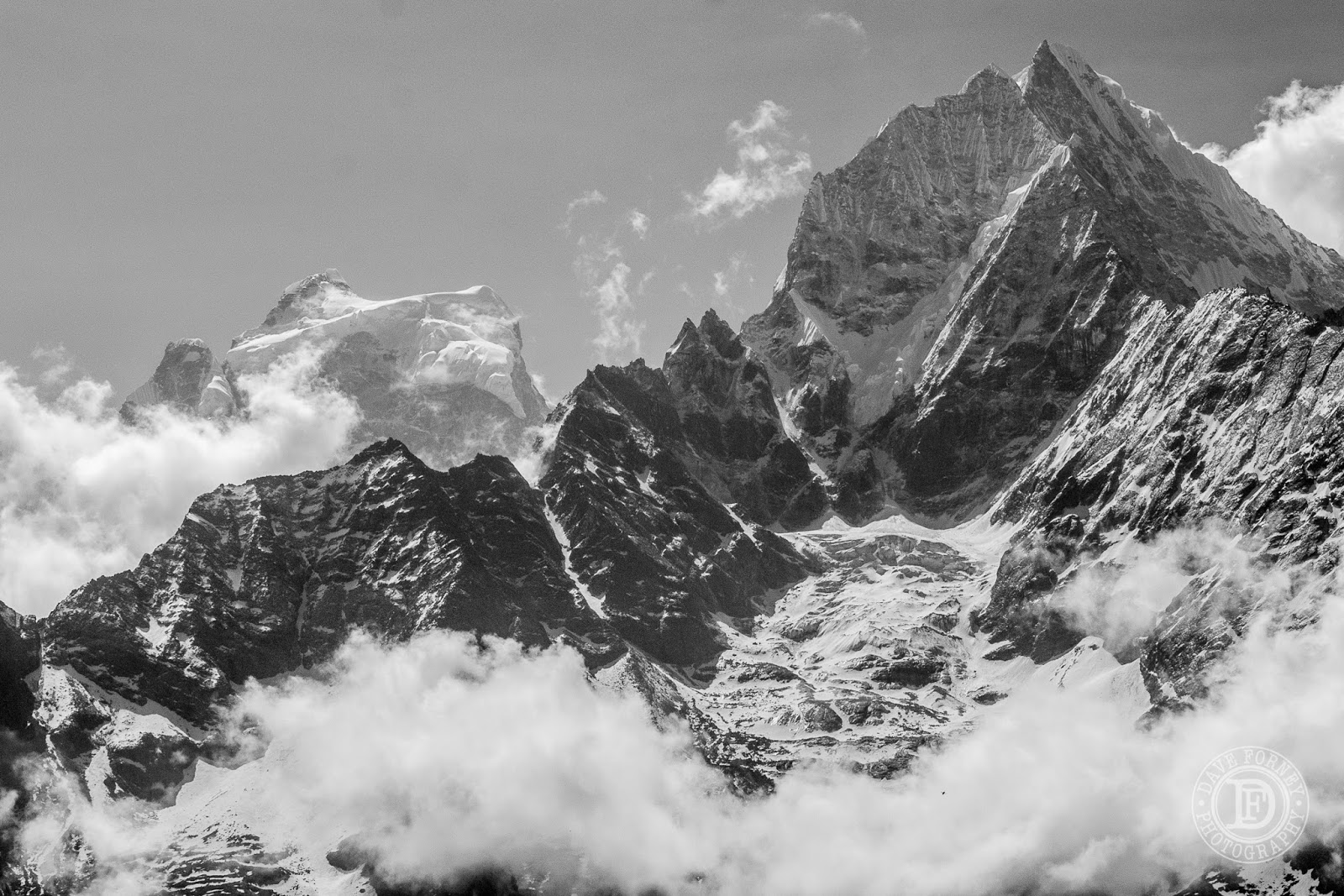