MAF's newest program is based in Liberia.  The program was originally supposed to be up and running about a year and a half ago, but got delayed because of the ebola outbreak.  But now things are really spooling up over there.  A little over two weeks ago, we said goodbye to a Cessna Grand Caravan, 5X-OPE, that had previously flown for MAF in Tanzania, and was now headed for the Liberia program. The engineers here in our Uganda hangar had been doing a lot of work on it during the past year, getting it re-registered in Uganda (it will initially operate in Liberia on a Uganda registered certificate) and ready for future service in Liberia.  The photo below was taken during OPE's maintenance test flight here at MAF's airfield in Kajjansi, Uganda two and a half weeks ago. 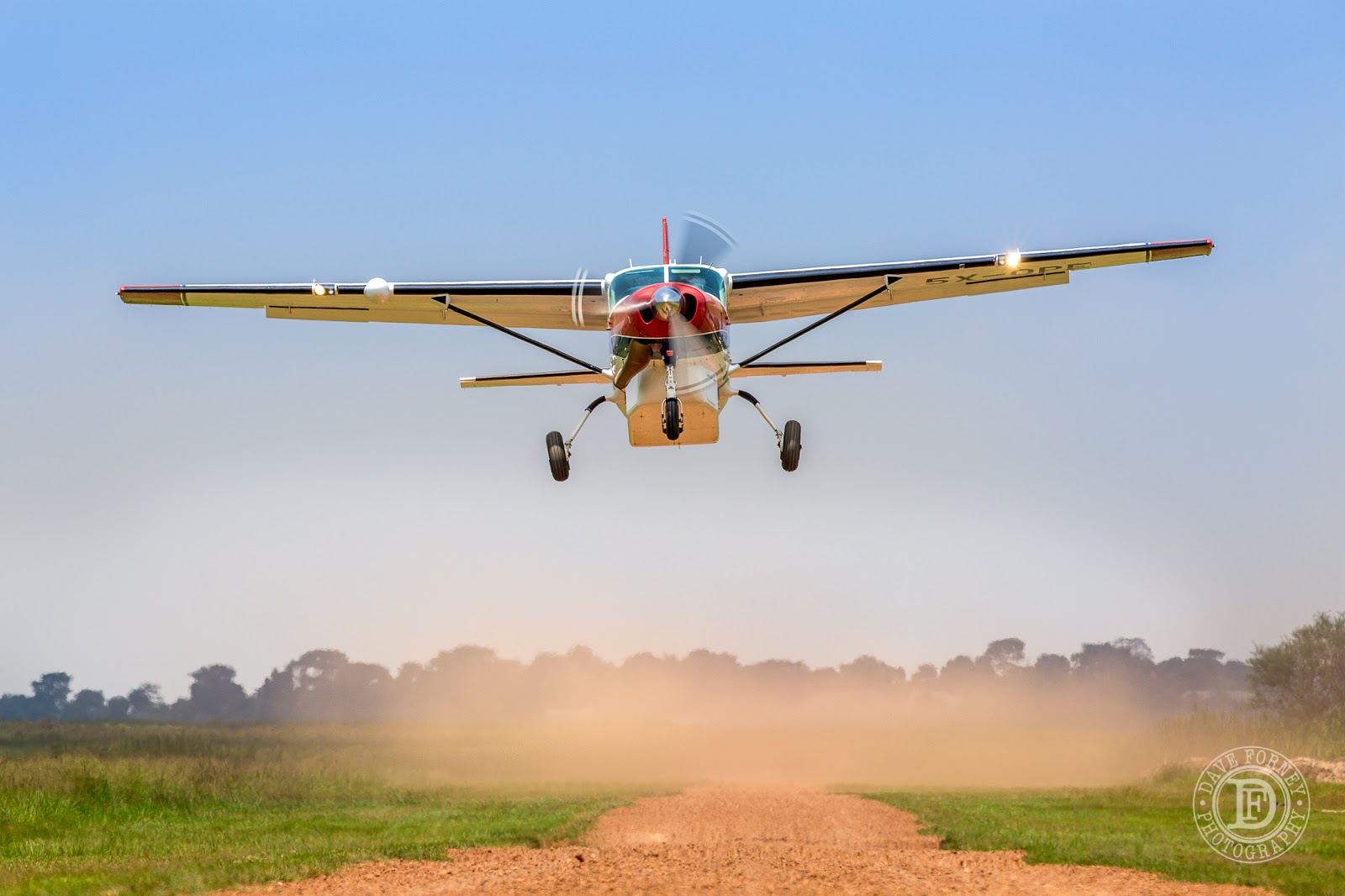 Emil and Arjan were the pilots who flew OPE across Africa to Liberia. They also happen to be the guys who will be flying it in Liberia.  This shot was taken just a few minutes before their departure from Kajjansi. 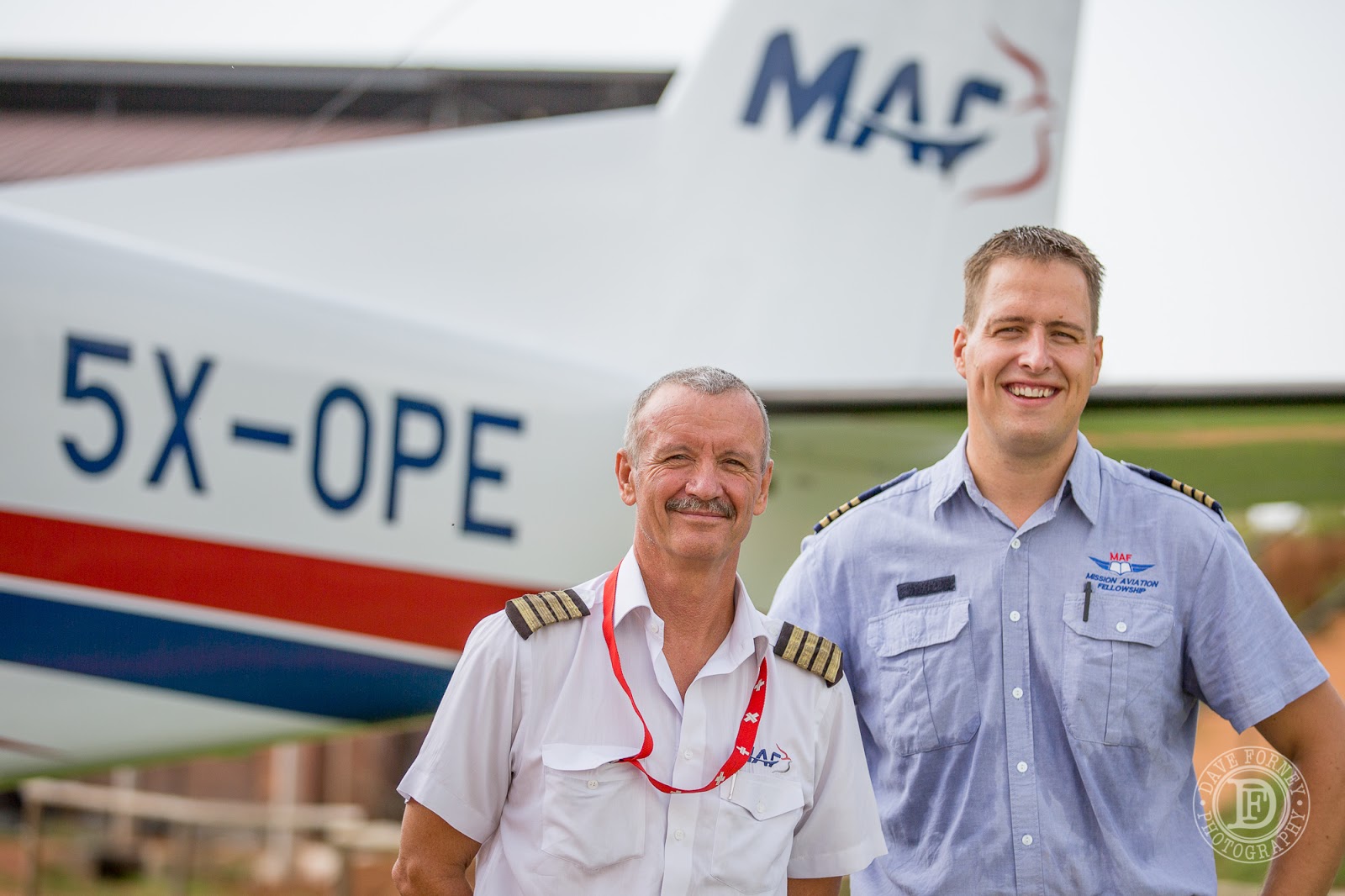 Arjan begins to pre-flight OPE on the day of their departure. 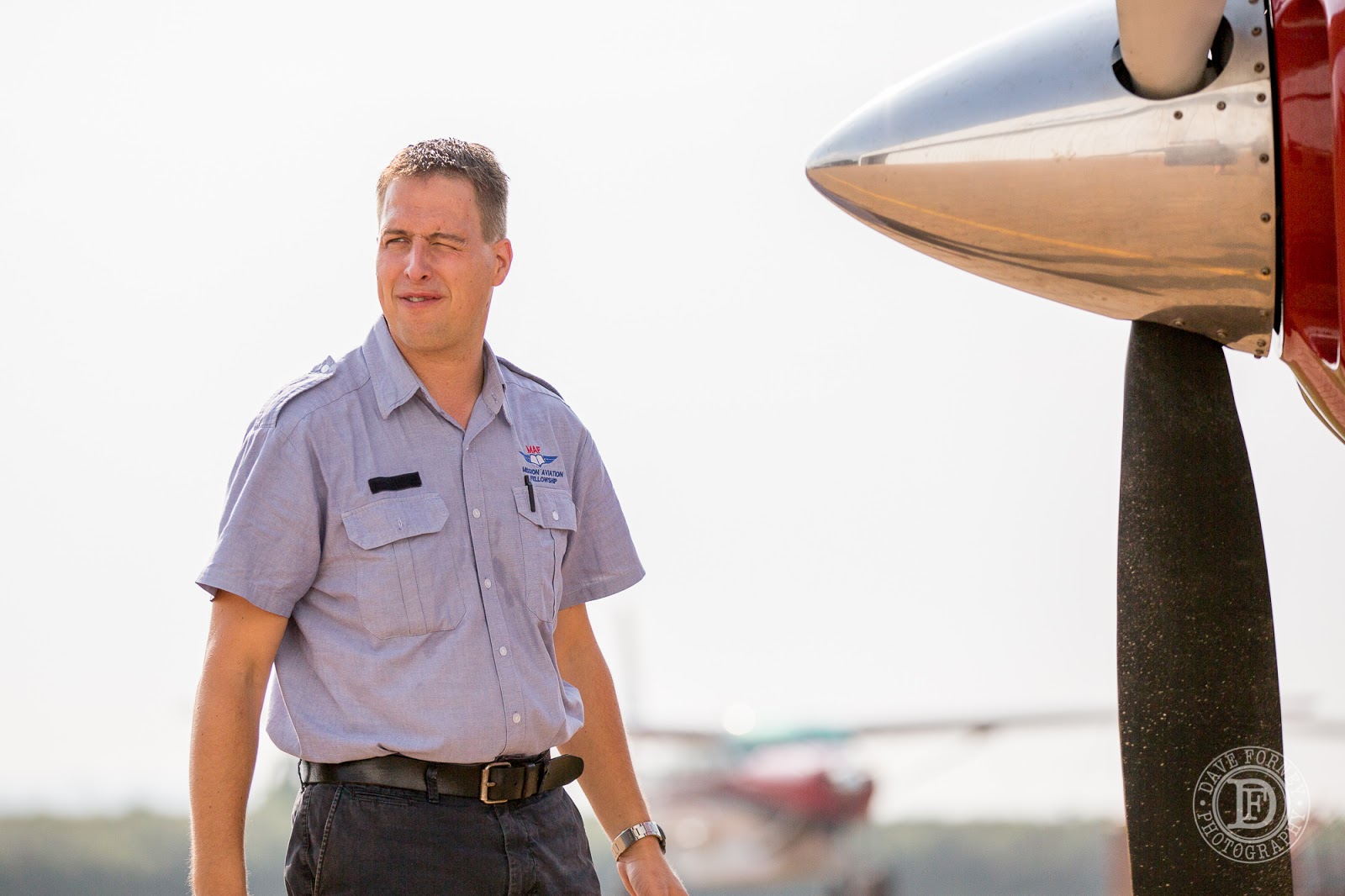 Here's a few of the MAF folks that came out to the hangar to say a prayer for Emil and Arjan and the new Liberia program before their departure on the long ferry flight. 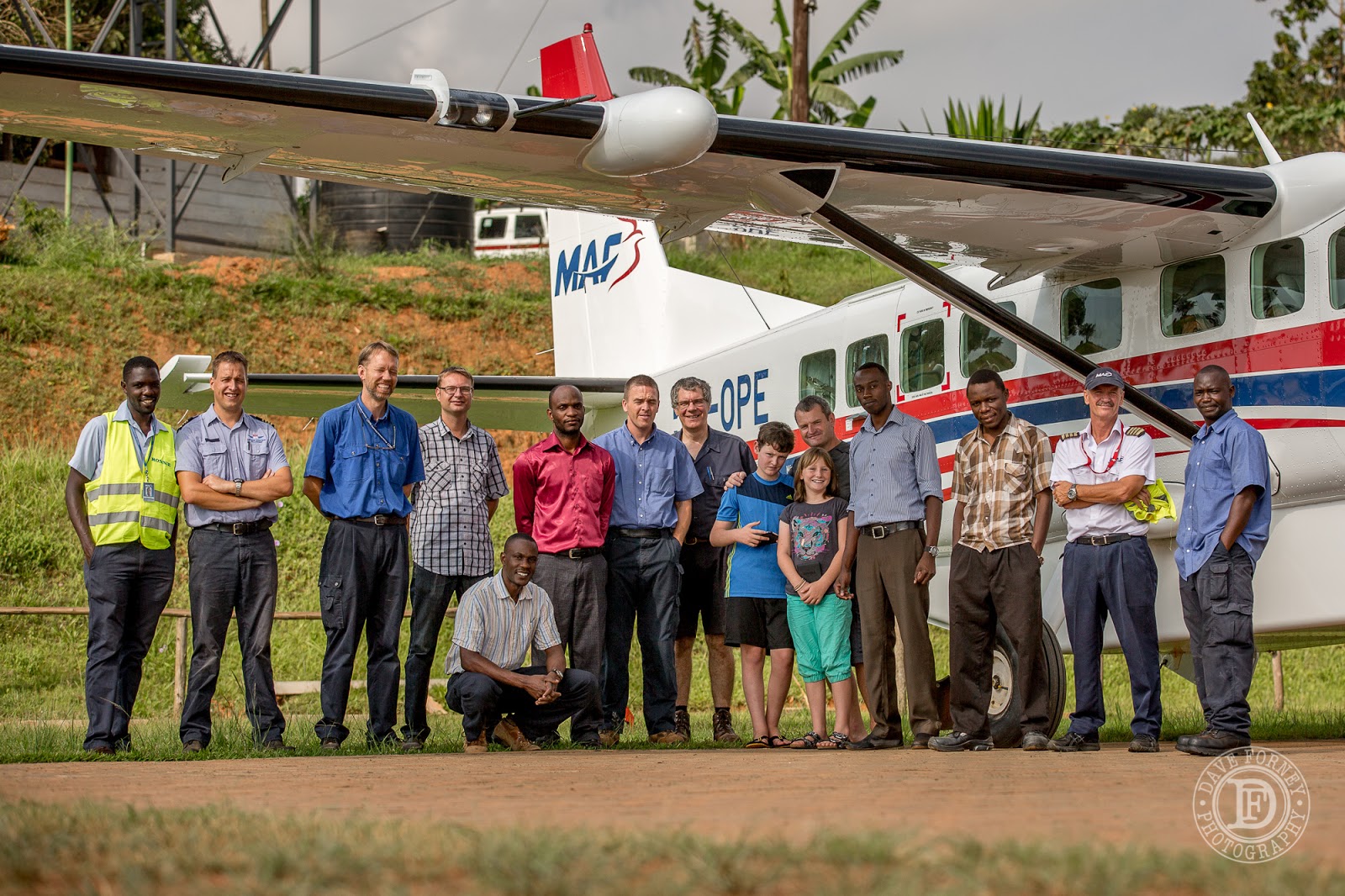 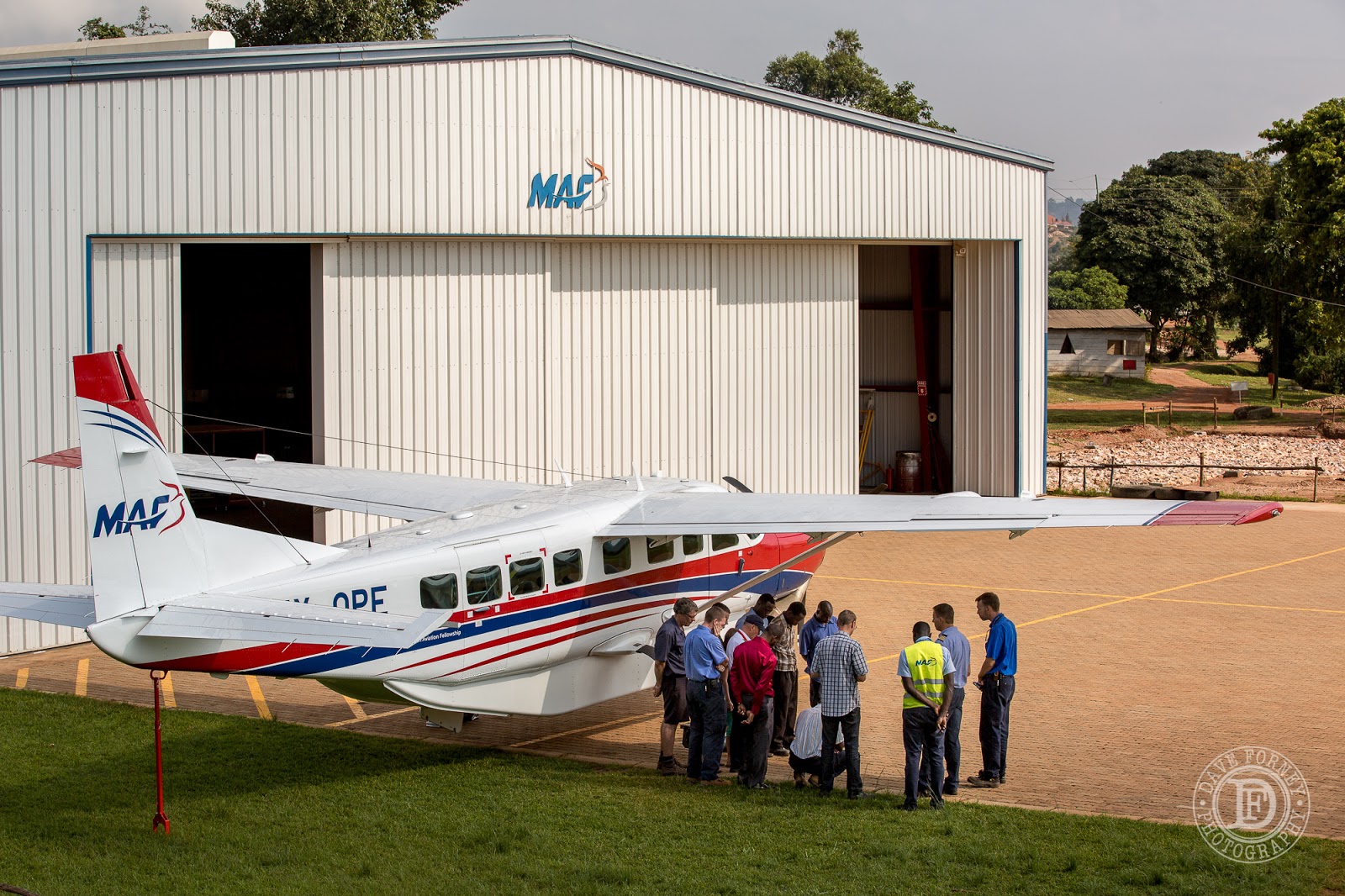 And here they are departing the MAF Kajjansi airstrip on their way to Liberia. This first leg of their 5-day journey was only a 4-minute hop over to Entebbe International Airport to clear immigration and customs requirements.  Then they were on their way West towards Congo. 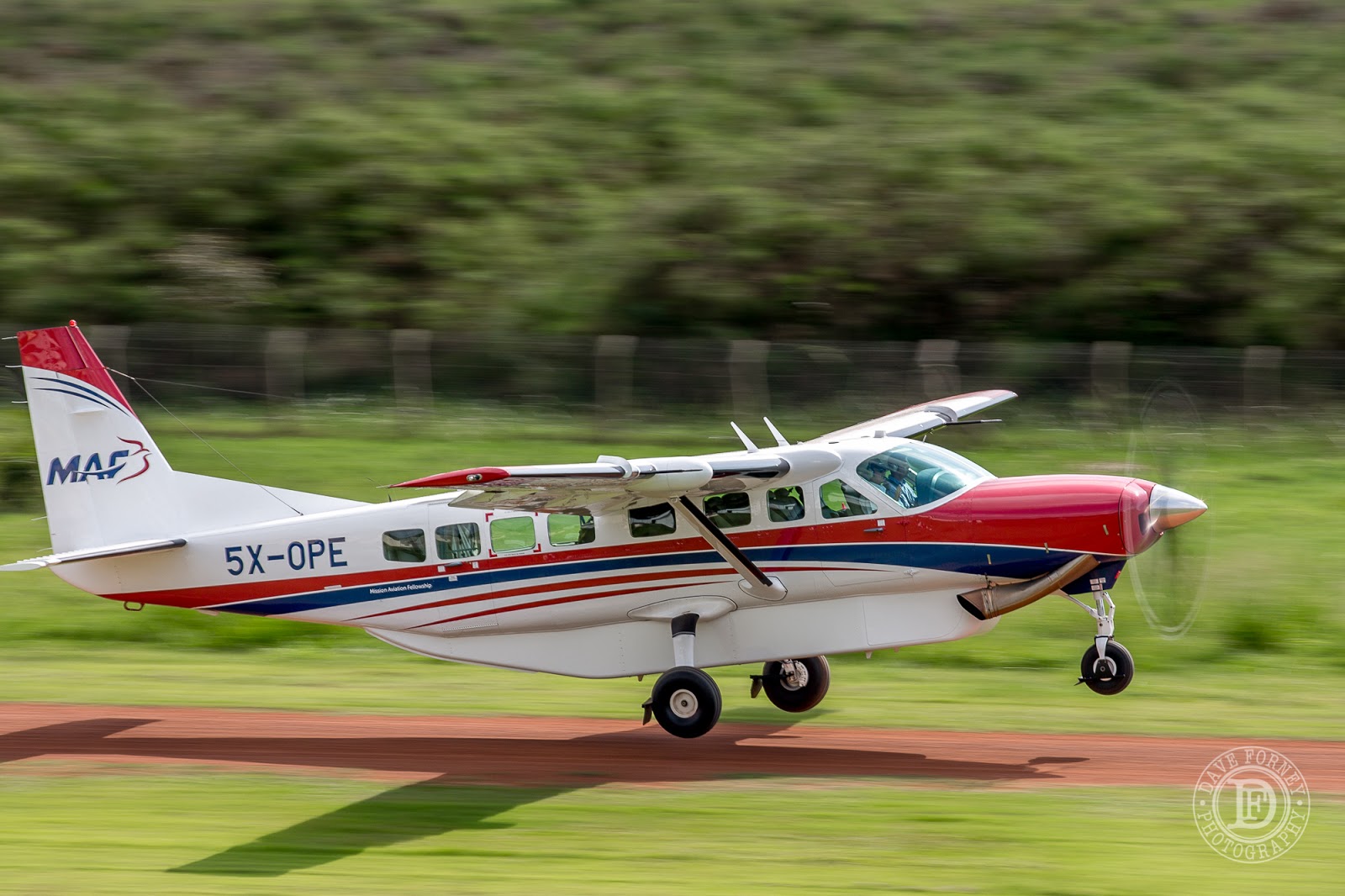 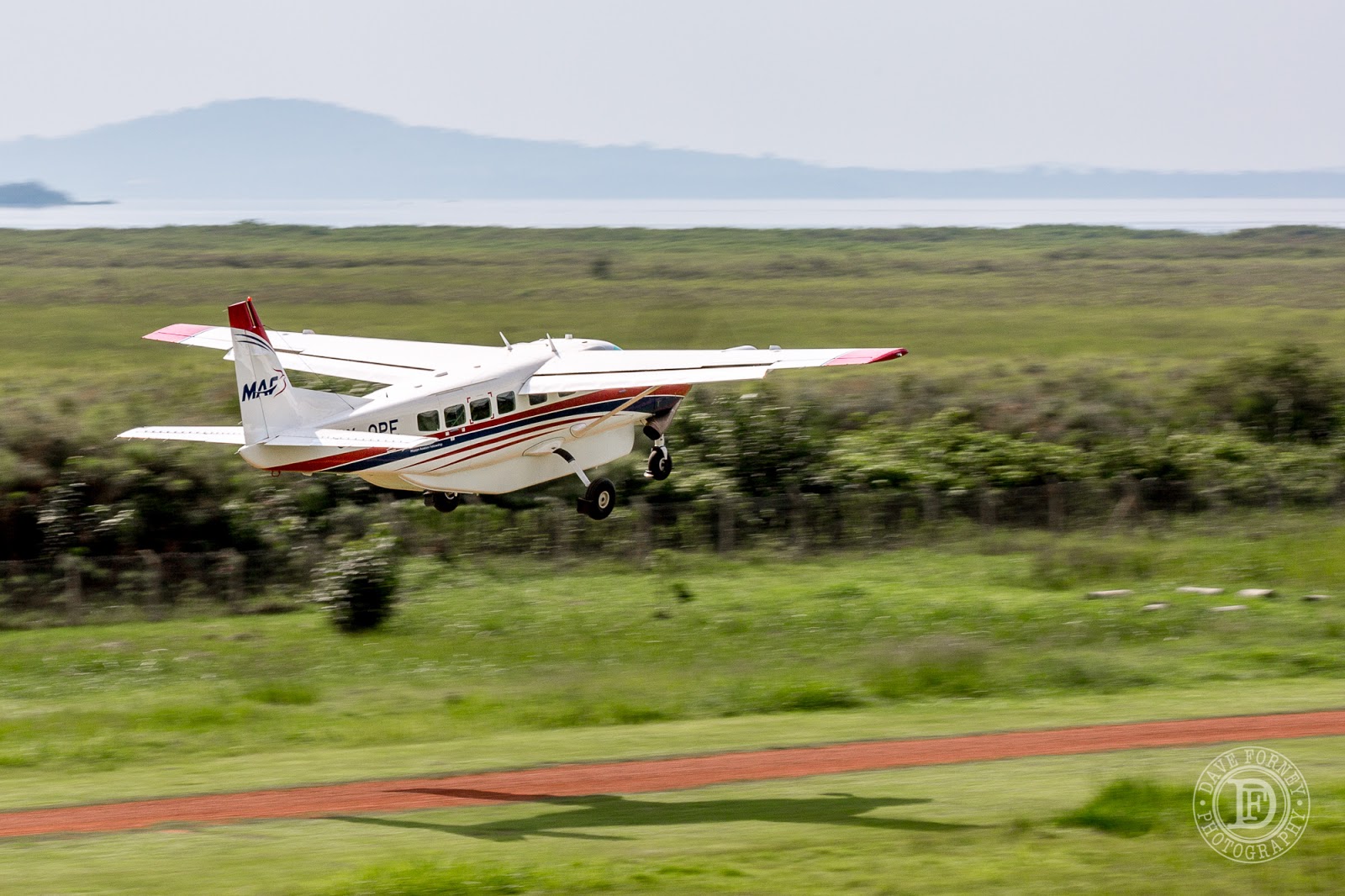 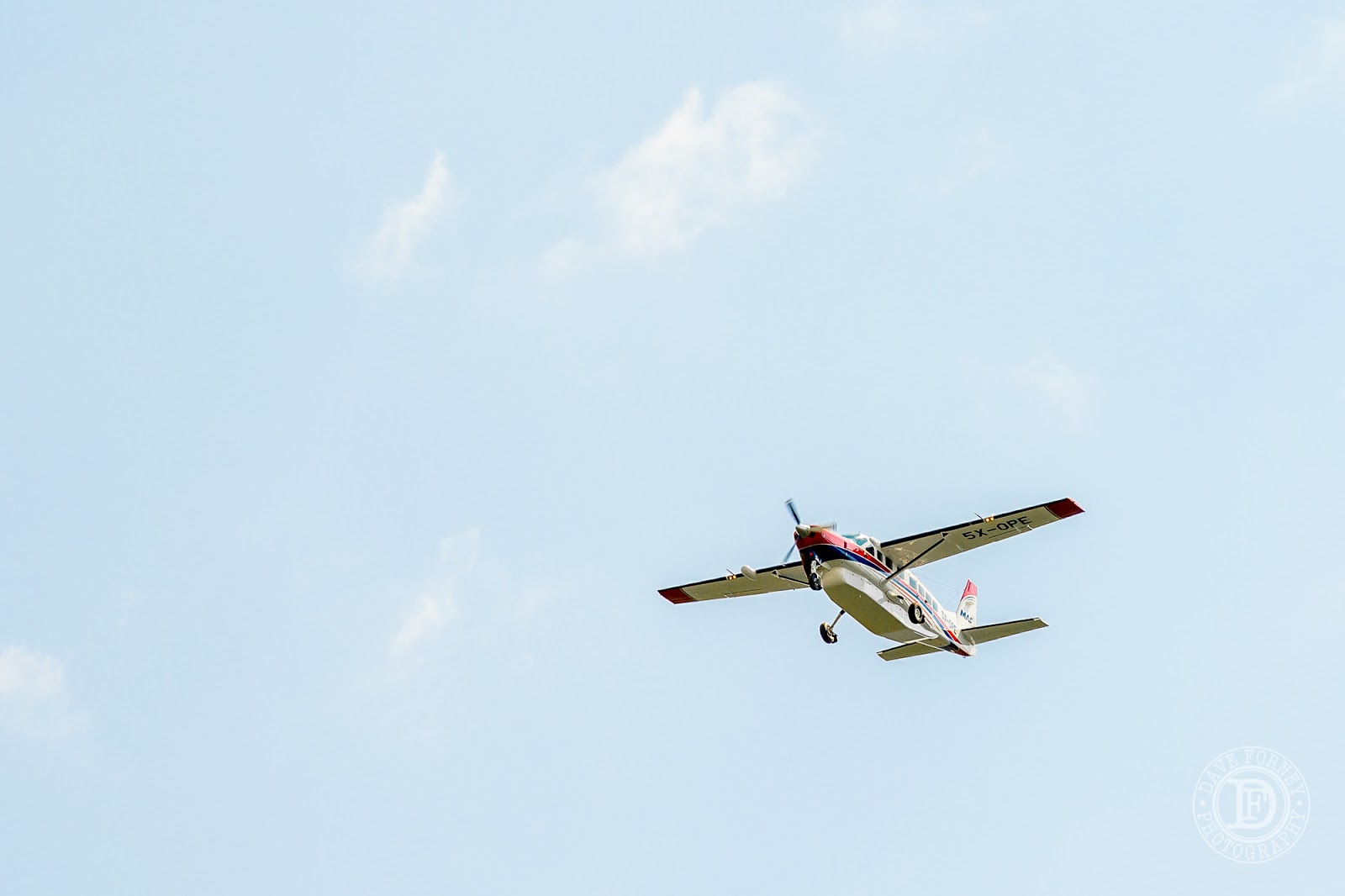 While I was out at the airfield grabbing some pics of OPE's departure for Liberia, I also snagged a few shots of one of our other Caravans departing for a routine shuttle flight up to Northeastern Uganda. Below, is 5X-LDR taking off from our home airfield in Kajjansi. 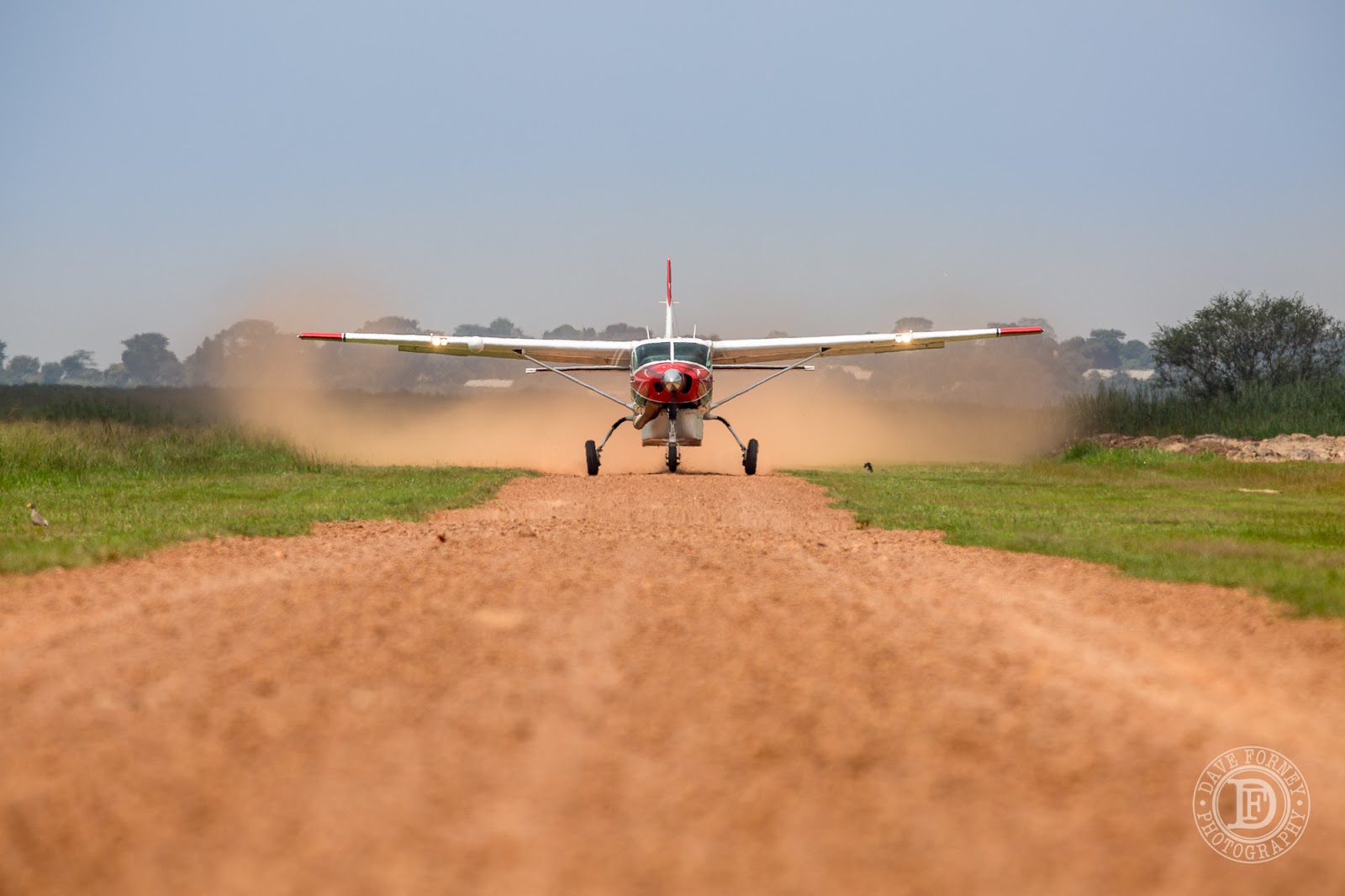 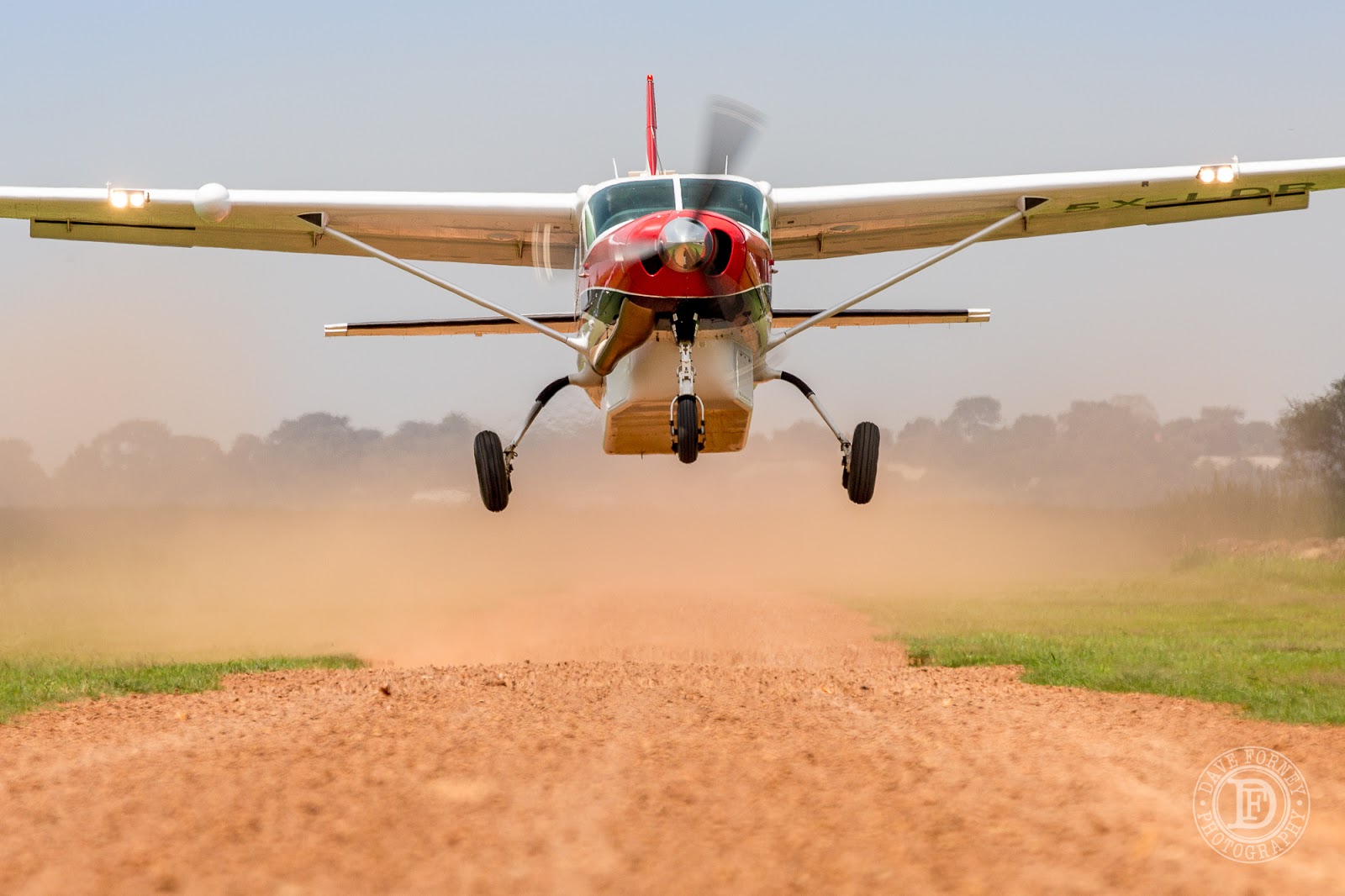 Sorry I missed updating the blog last week.  We were without electricity and internet for a variety of reasons for a number of days. The Internet is mostly sorted out, but our electric issues continue.  Every time the wind blows, the electric pole which connects our house to the grid sways, and that results in our power cutting in and out.  Despite the arcing, crackling noises that can be heard coming from the top of the pole, we can't seem to convince the electric company to come fix it.  So we've been without power for much of the past two weeks, and when we do have it, we often have surging or dropping voltage...which in turn kicks our internet router offline.  I can't imagine what it's doing to our appliances.  It's been frustrating...but hey, at least nothing has caught on fire, yet.  By the way, if you work for UMEME in Kampala, and you're reading this, please send someone over to fix it before the pole and/or wires fall down and kill someone!
Posted by Dave at 4:02 PM

Wow, I feel for you. It's so easy to take for granted in the US.