Views From my Office Window

Happy New Year! Here's a few shots from my 'office window' taken during the last few weeks of 2016.

Below, the early morning sun lights up the Nile River near Murchison Falls National Park, Uganda. 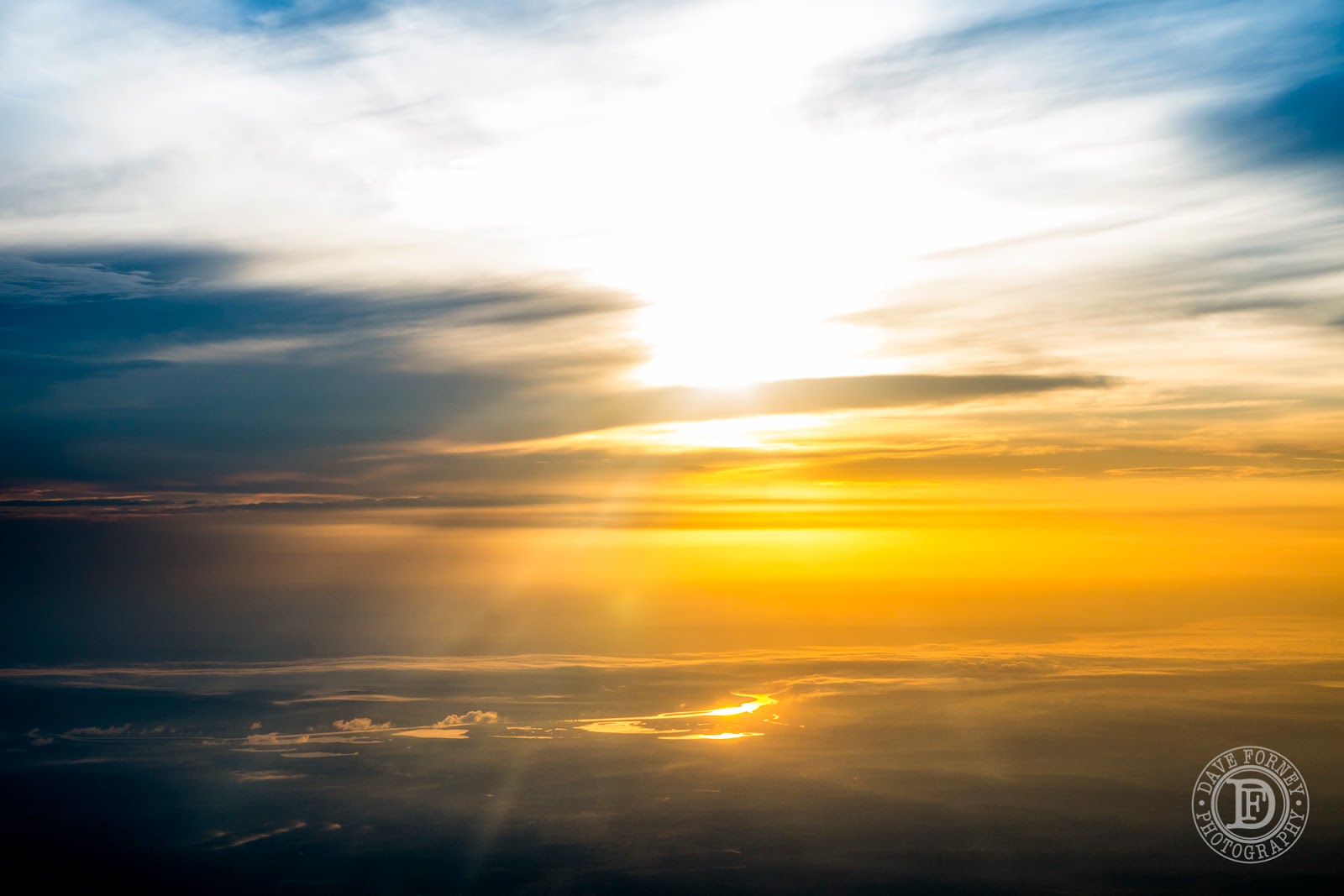 When the conditions are just right, the sun streaks through the clouds in shimmering light and shadow. The next two shots were taken in South Sudan, before dry season set in. Now everything is dry and brown, and dusty. 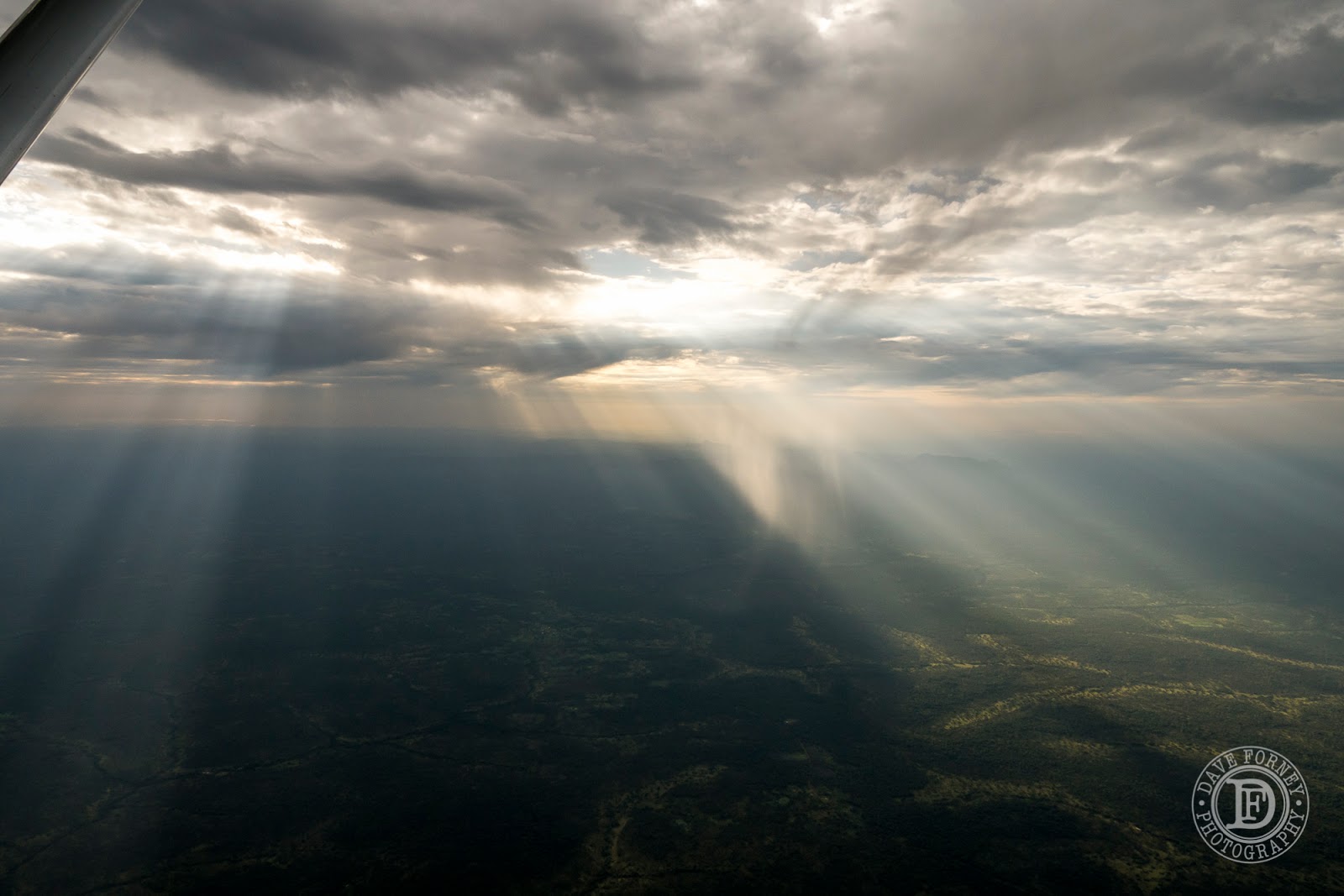 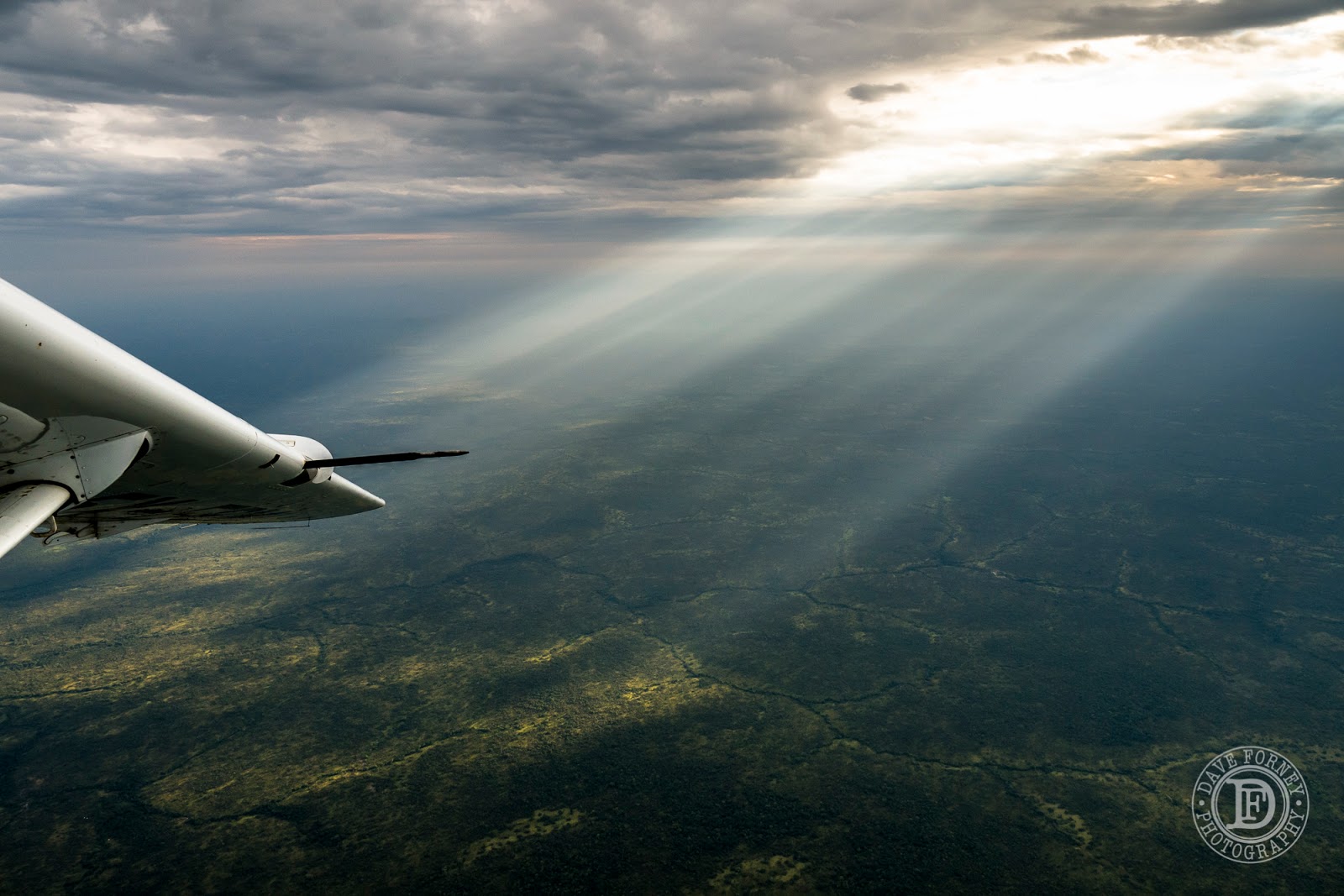 Here's a shot of the Ugandan farming scene near Masindi. 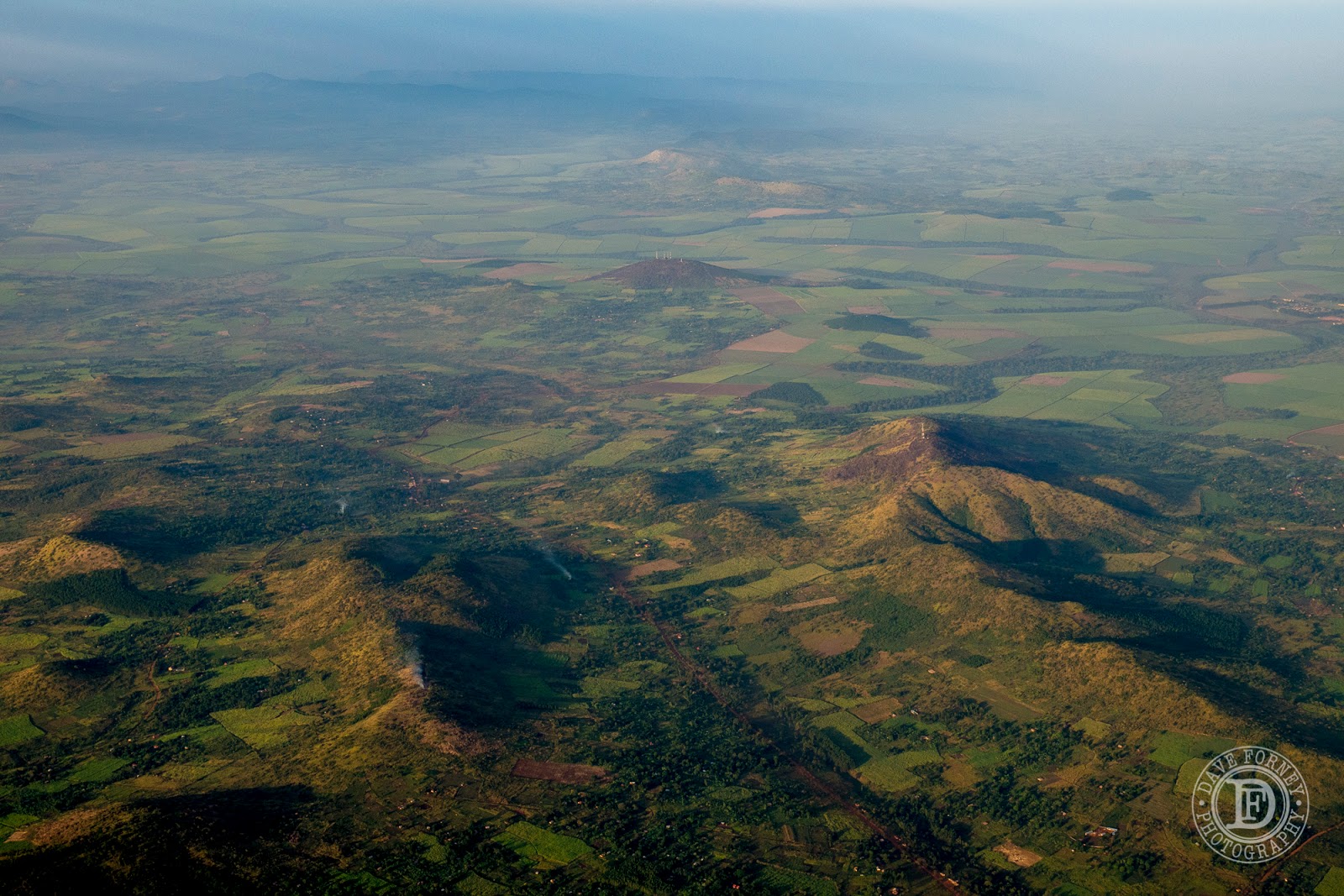 This shot shows where the farm country abruptly ends at the southern boundary of Murchison Falls National Park. This section of the park is almost entirely wooded. If you want to see Chimps, apparently this is one of the places where you can do so, though I haven't yet had the opportunity. And here's a shot of Northern Lake Albert region, from the Ugandan side. The mountains that are just barely peaking through the sunlit haze, on the other side of the lake, are in East DRC. 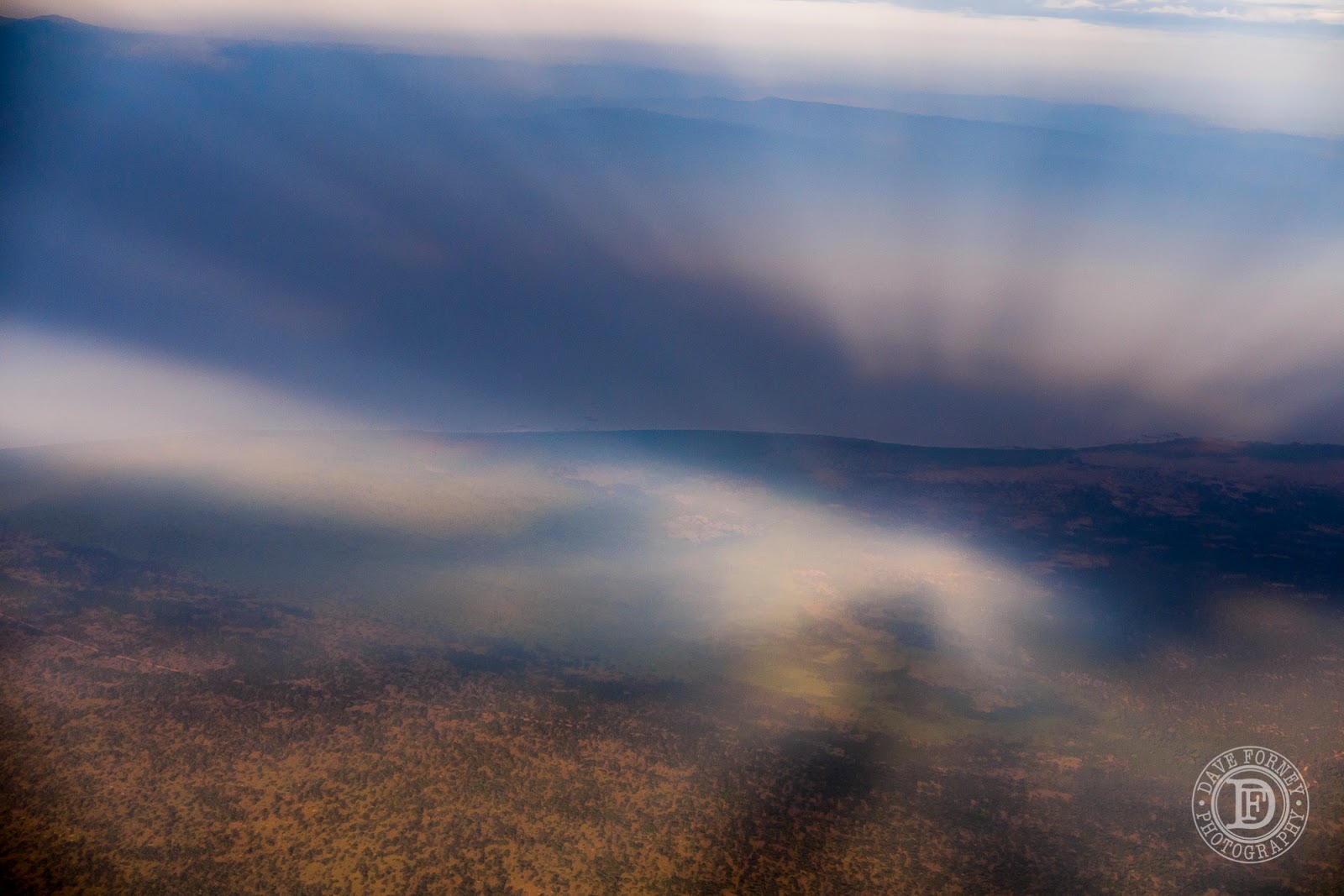 Here's a shot of the Nile Delta, where it dumps into Lake Albert. The brown piece of land at the top of the shot is part of the mainland savannah area of Murchison Falls National Park. I'm not sure what it was about he lighting and conditions this day, but the river appeared to be almost black, which is quite unusual. 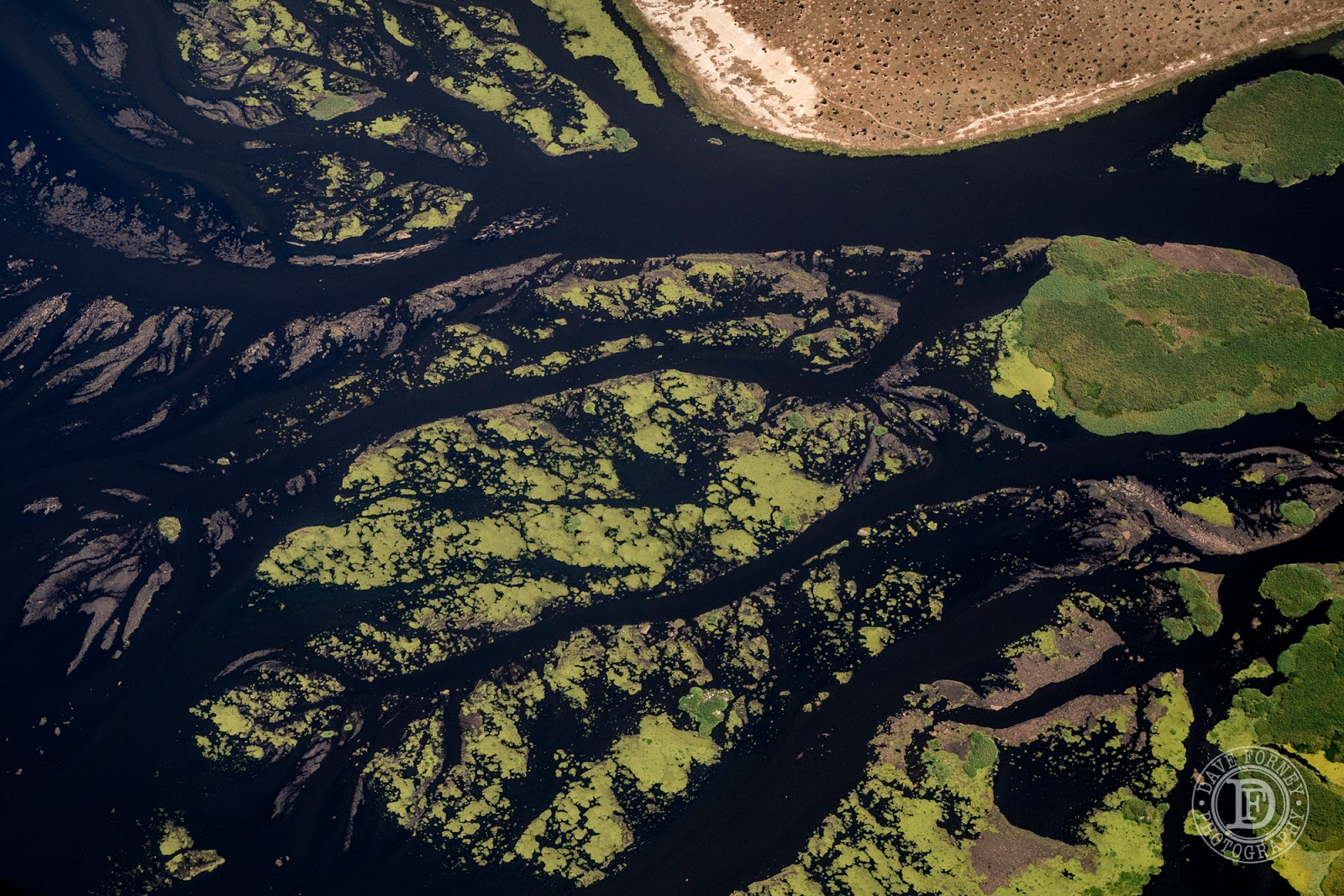 Here's a wider shot of the same area, looking north where the Nile exits Lake Albert on it's track north towards South Sudan. on the right hand side is Murchison Falls National Park. Several weeks ago this was all still green. Now that dry season is bearing down on us, it's all turned brown. 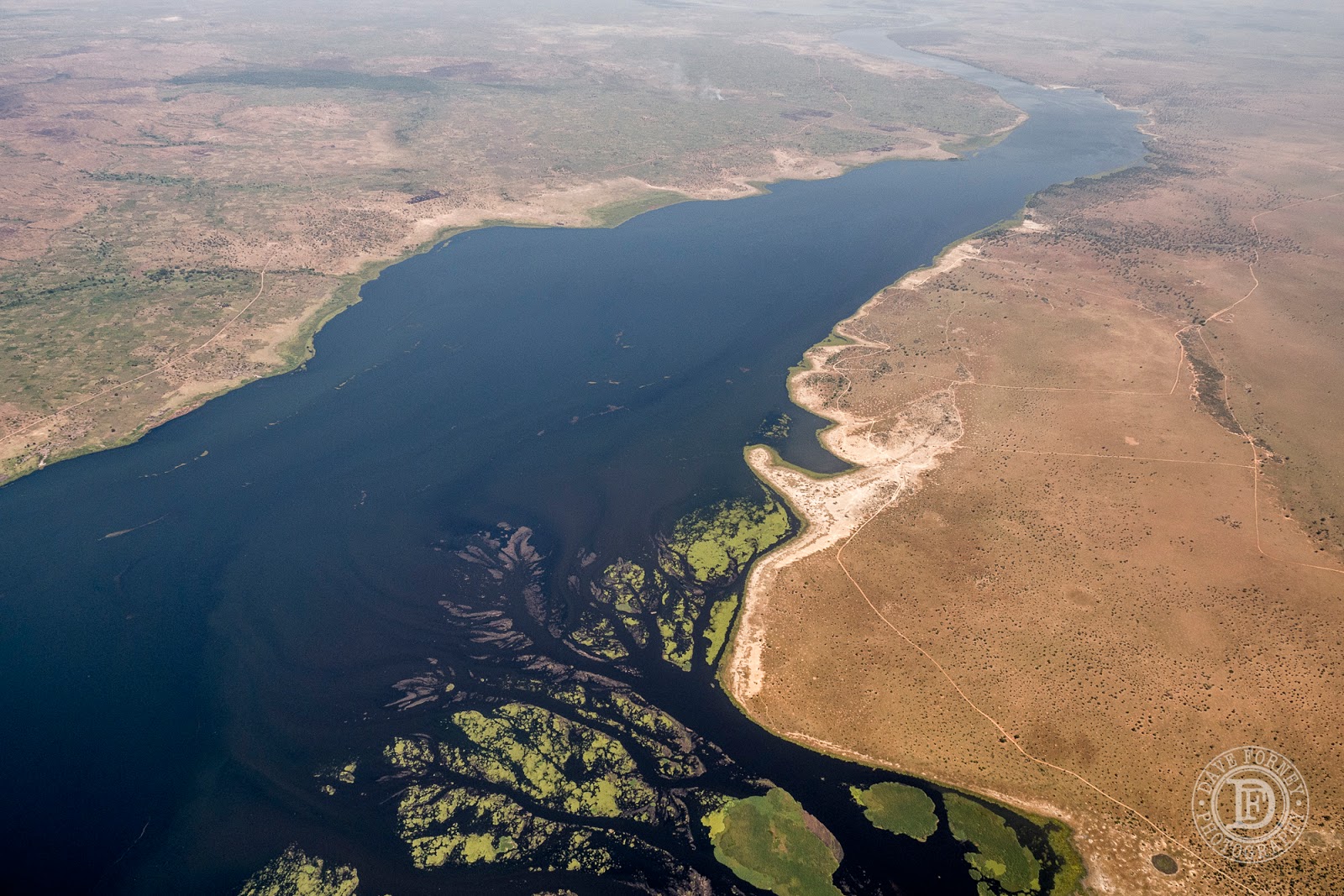 And this is looking East, from the same place. Here the Nile is flowing towards us, form the distance. To the left (North) of the river, is the savannah area of Murchison Falls National Park. You can see that the grasses have quickly turned brown just in the past few weeks. To the right (South) of the Nile, the scrubby bushland and woods are still a bit greener. Most of the big animals spend their time on the North (left) side in the grasslands.