Random Shots from the Phone

This post features a few random shots from the iPhone. Some are from my very old iPhone 5s, that recently died. And some are from the refurbished iPhone 8 that replaced it. As a photographer, I don't buy into the concept that phone cameras will ever totally replace 'real' cameras. That is a discussion for another day, but trust me, there are many situations and types of photos where a phone will never come close... especially if you know how to use a 'real' camera and it's settings. However, it is true that the best camera is the one you have with you, and I don't always have one of my 'real' cameras with me. But I usually do have a phone. So, although they aren't quite as striking, here are some of those phone shots... 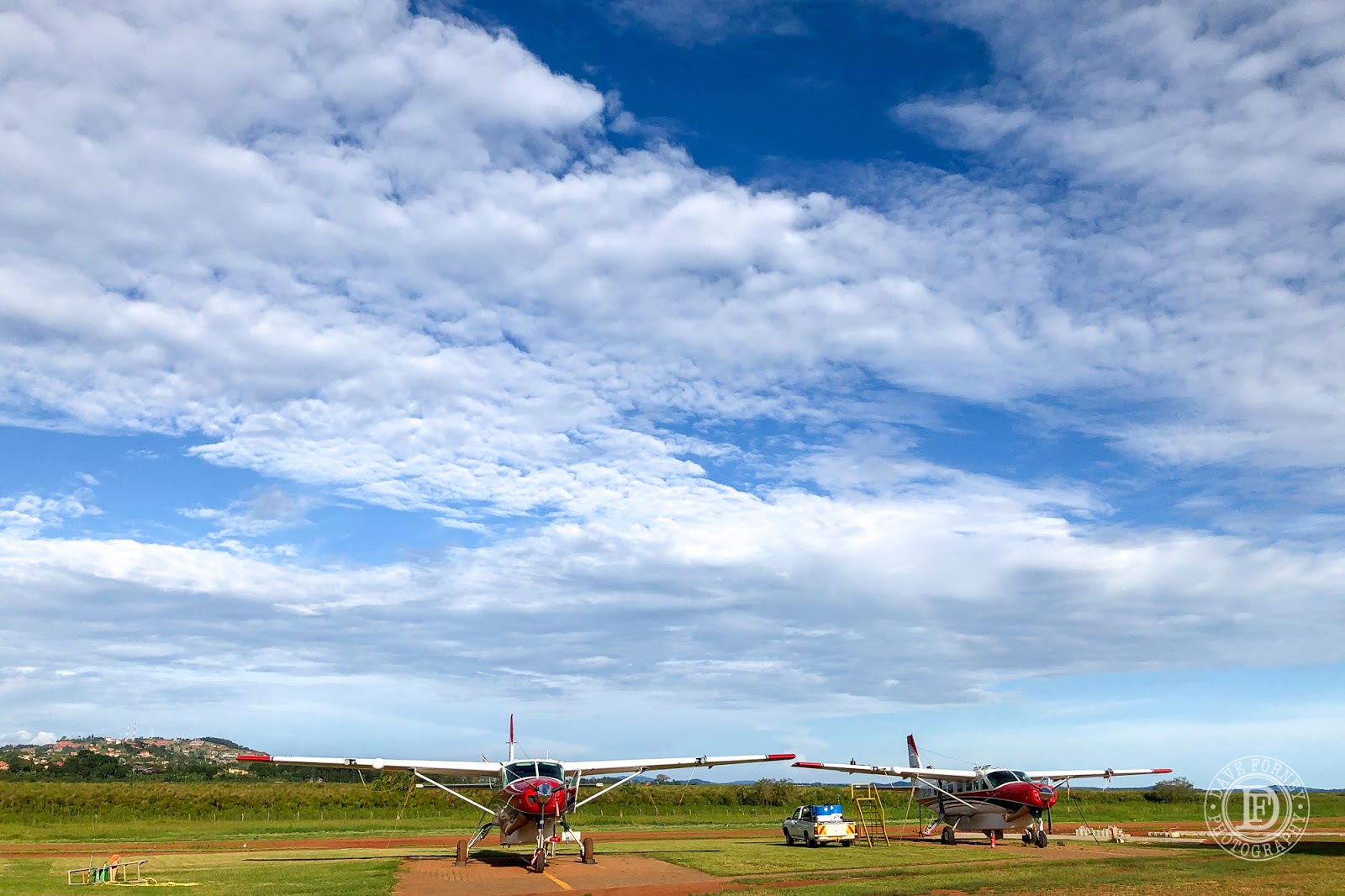 Above, a shot taken late in the day after completing a flight to South Sudan. There was a lot of rain earlier that day which cleared out the dust and haze and led to a beautiful, late afternoon sky.

Below, the pilots often get to see some pretty awesome sunrises out over lake Victoria as we pre-flight the aircraft. 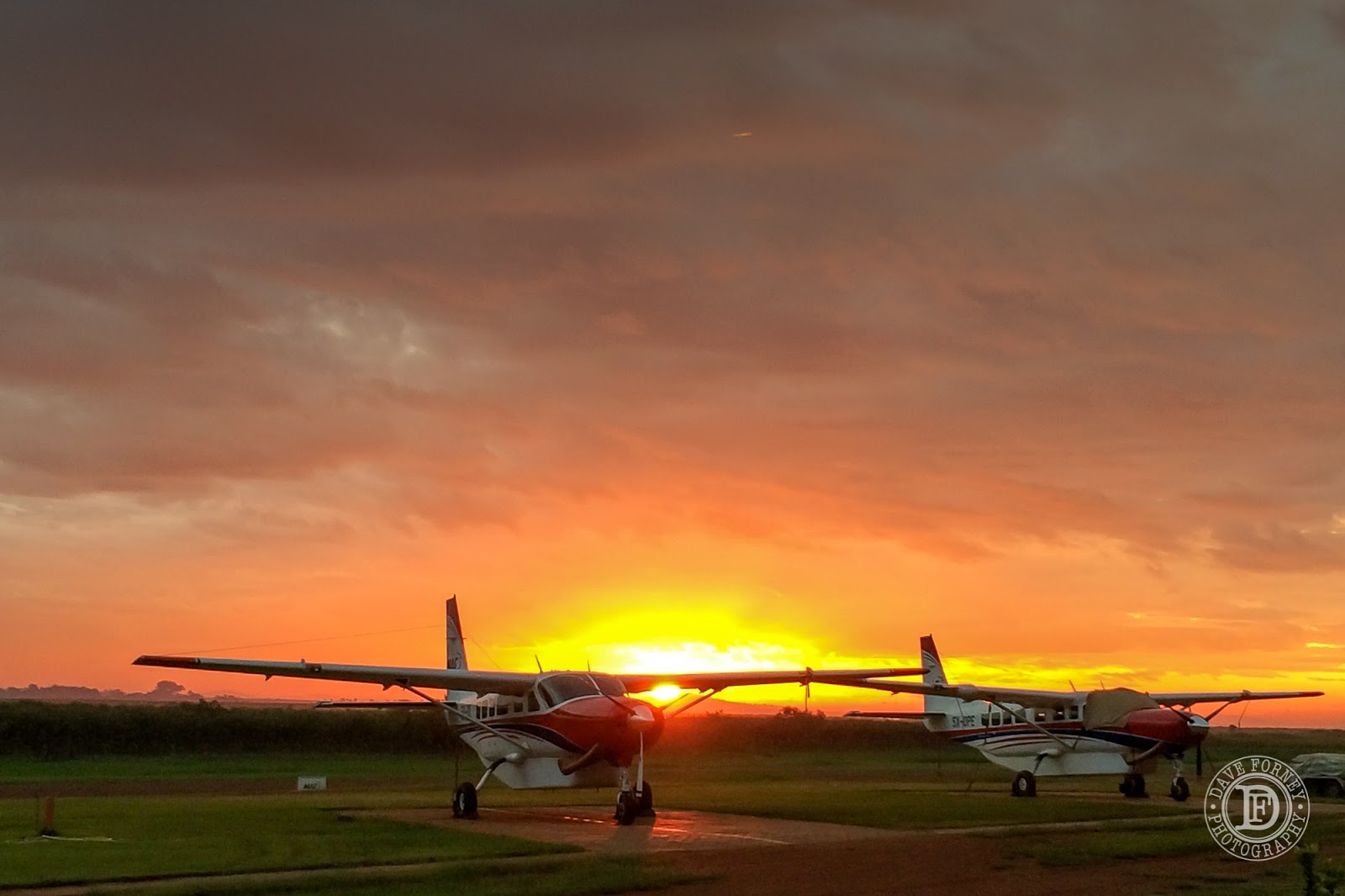 During dry season it gets extremely hazy/dusty and smoky. However, the past year has been one of the wettest on record here in East Africa, and this has been a strange dry season, with lots of intermittent, heavy rains. Here's an early morning shot of the outskirts of Kampala (one of  the well-to-do areas) after some heavy rains cleared out the sky. 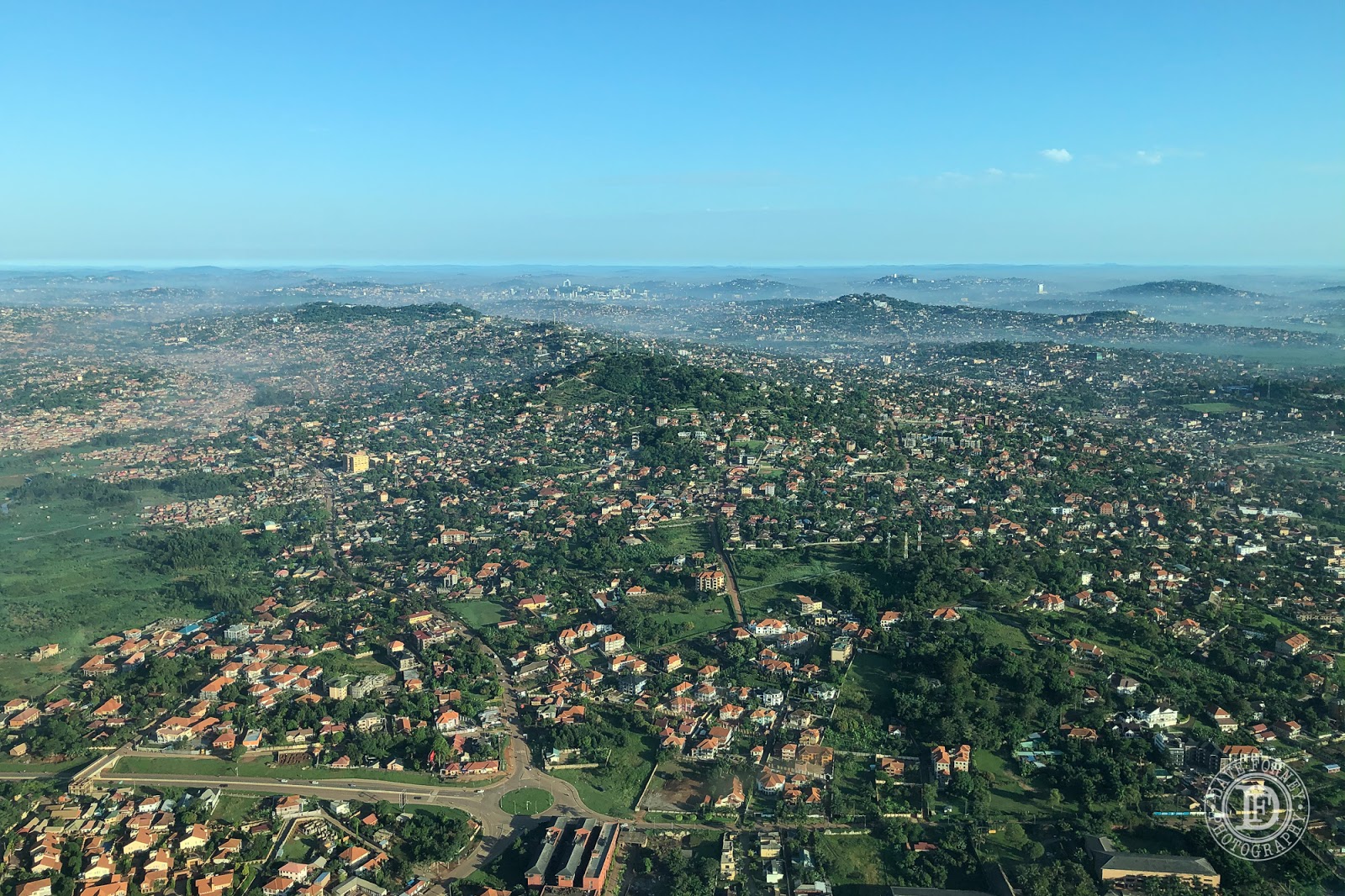 One of the places we frequently fly to is called Kalongo. You can see the end of the airstrip in the lower left third of the picture, just below and to the left of the group of blue-green roofed buildings surrounded by green trees. All those little buildings make up a small hospital that sees many hundreds of patients each day from all over the region--people with every type of ailment, injury and sickness you can imagine. 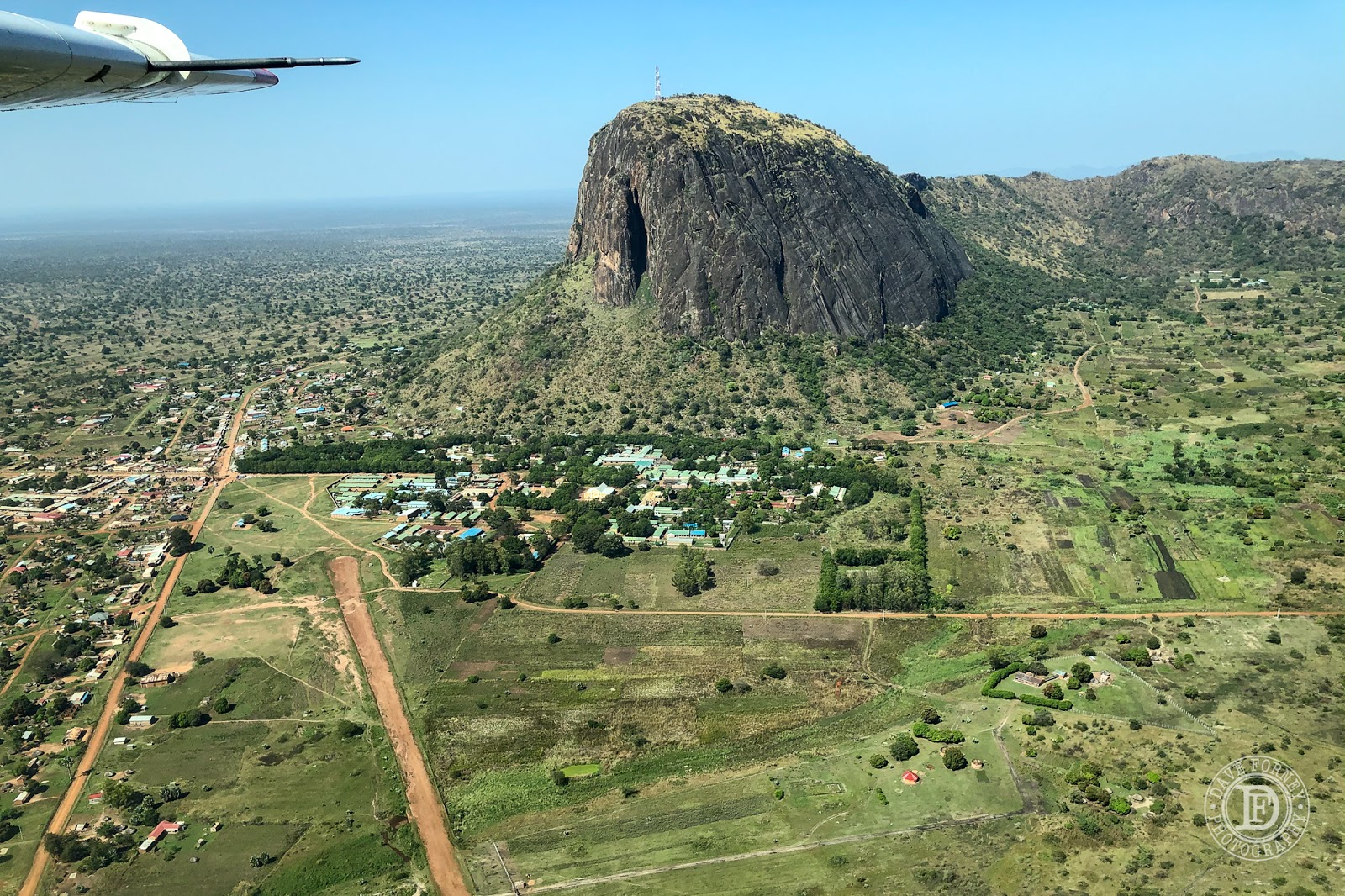 I had the privilege of flying these really great friends of mine, whose organization is doing some really awesome stuff in the remote, northeastern corner of Uganda, and elsewhere. 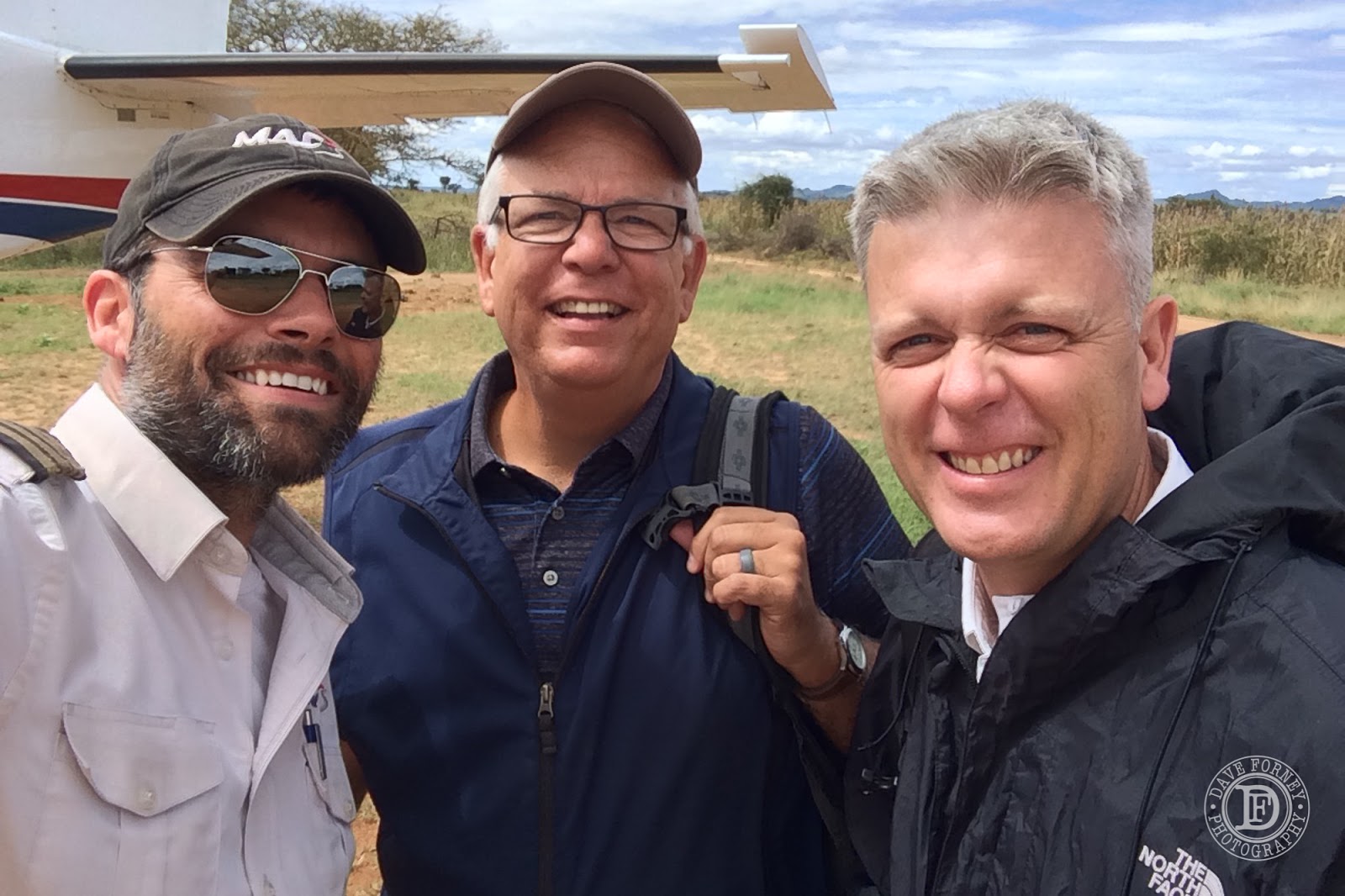 A few weeks ago, Joy had the opportunity to speak at a chapel service for hundreds of high school kids who had come here from several International Schools around East Africa to play a football (soccer) tournament hosted by our kids' high school. That can be a tough audience--a bunch of teenagers who have no idea who your are and why they should listen to you. But Joy really knocked it out of the park, sharing from the Word, and speaking Truth, while sharing bits of her own testimony and our family story. Everyone was totally tuned in and listening to every word, and the feedback we got confirmed that her sharing had a big impact! 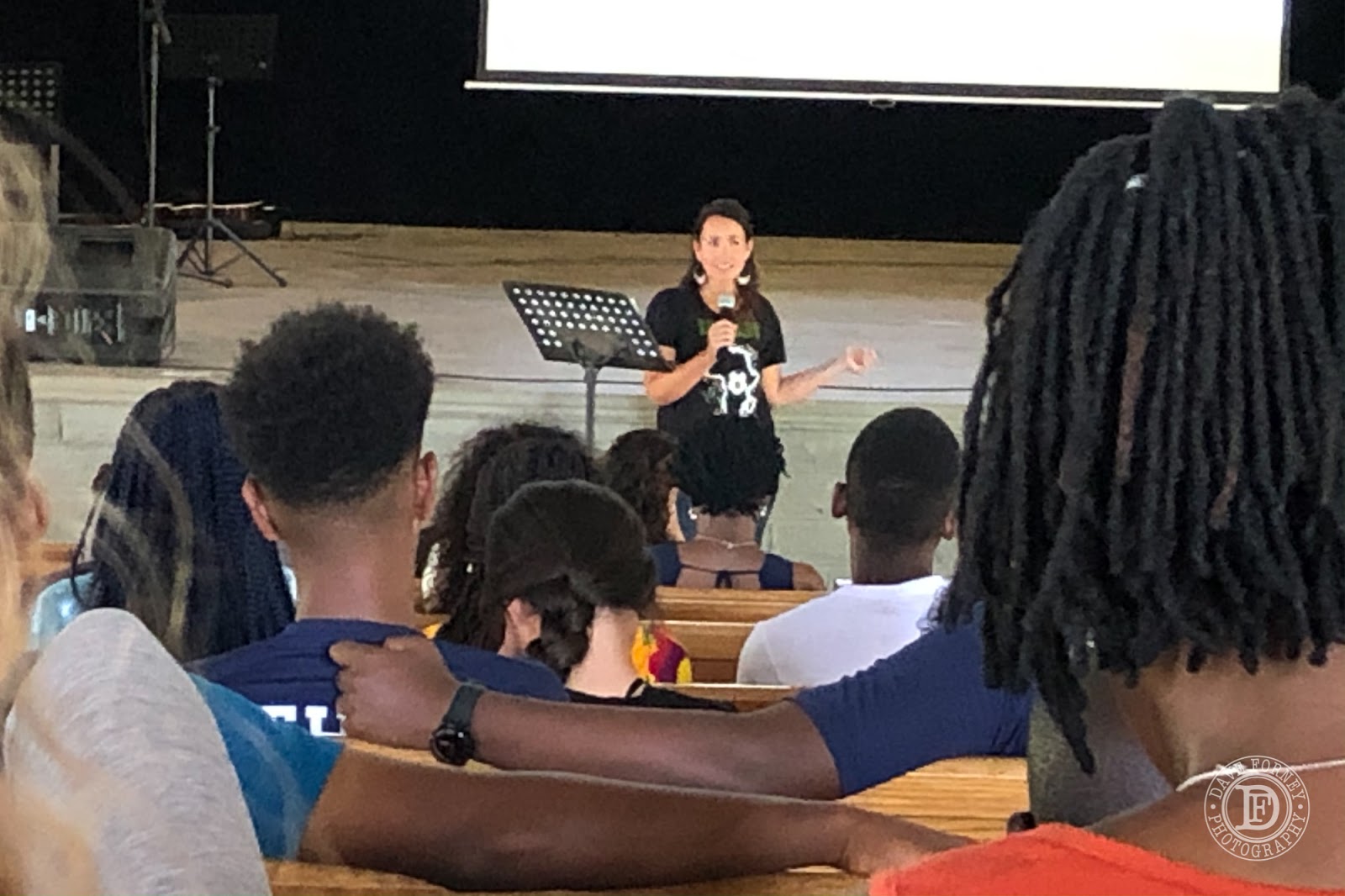 In other news about Joy, the past two weeks have been pretty rough for her. Two weeks ago she started feeling really ill. Long story short, after passing out twice, and with extreme dizziness and fatigue etc., she eventually wound up in the hospital for 3 days here in Kampala. Interestingly, after first being in the ER for a few hours, and then the maternity ward (apparently that was the only place that had a bed available for a while) she eventually wound up staying in the exact same room that I was in 15 months ago after my motorcycle accident. Obviously that brought back a lot of not-so-good memories for Joy. Two weeks later, we're thankful that Joy is continuing to slowly get back to normal, and feeling a small bit better each day, gaining a bit more strength and energy. 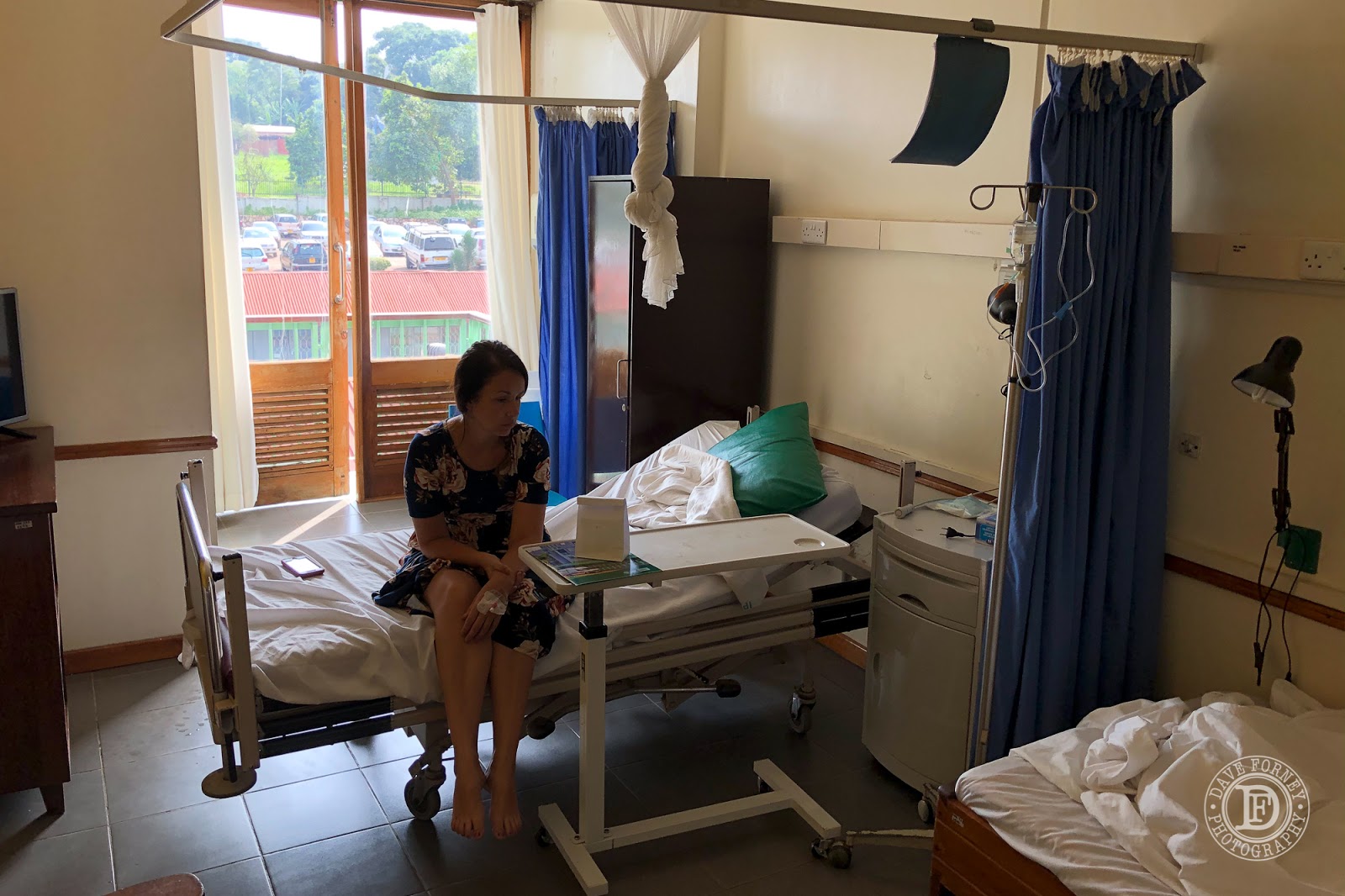 This was a daddy-daughter date with my beautiful big 'little girl' Hannah. She's no so little anymore but she'll still always be daddy's 'little girl'--she's a beautiful, amazingly talented young lady who will be graduating from Heritage International High School this May, and will be starting university this coming fall in the U.S., studying pre-med. Her and I am a lot alike in our personalities, humor, likes and dislikes... which, yes, includes riding the motorcycle. Several times she has thanked me for giving her such a vivid demonstration of the medical world (by getting run-over and squished by an SUV) so that she could see first hand that indeed she does like trauma medicine and most likely wants to pursue that as a career. Haha. See... we both have an odd sense of humor. I thought it was funny. Anything for you Hannah... it was the least I could do. :-) 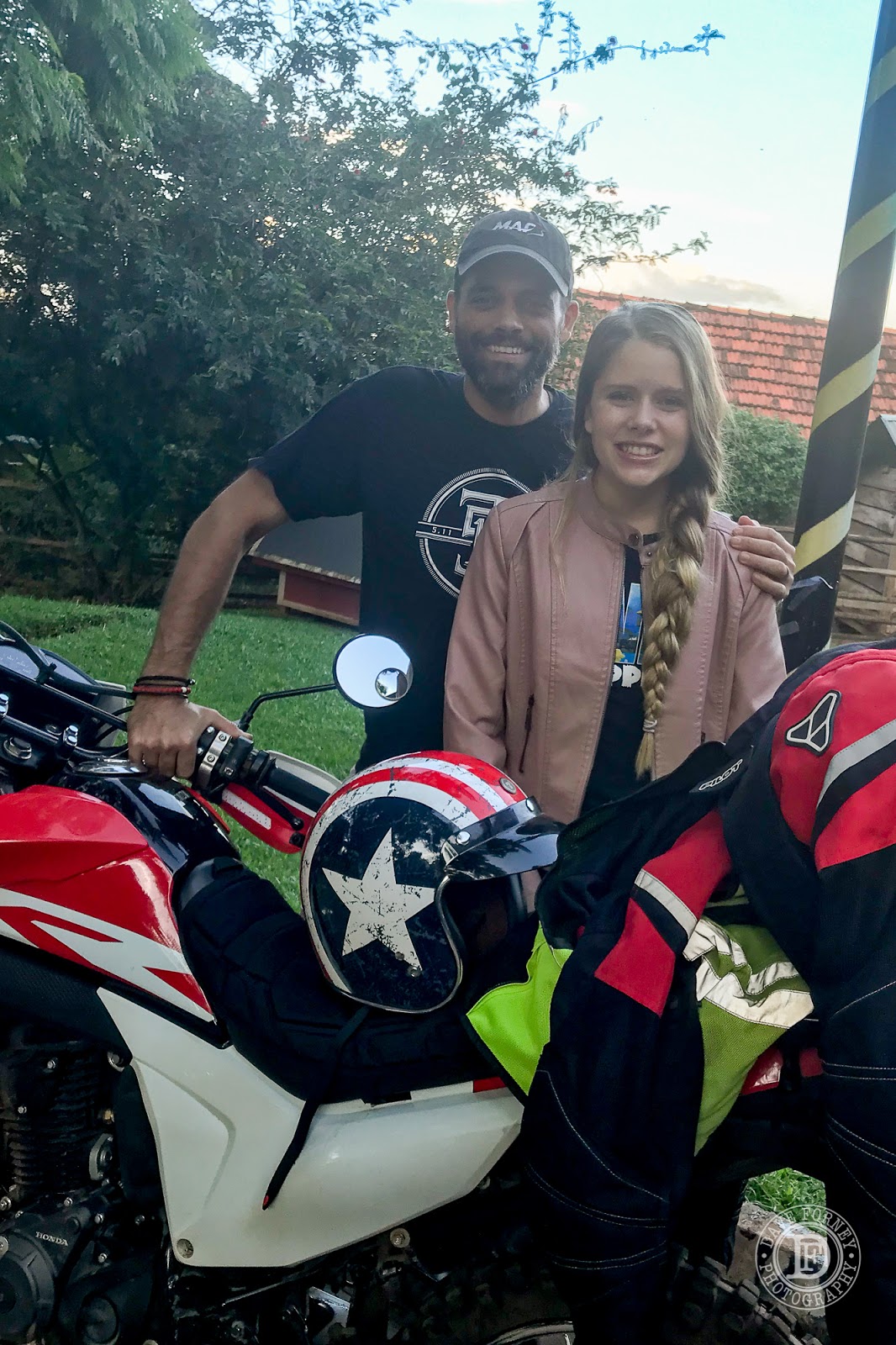 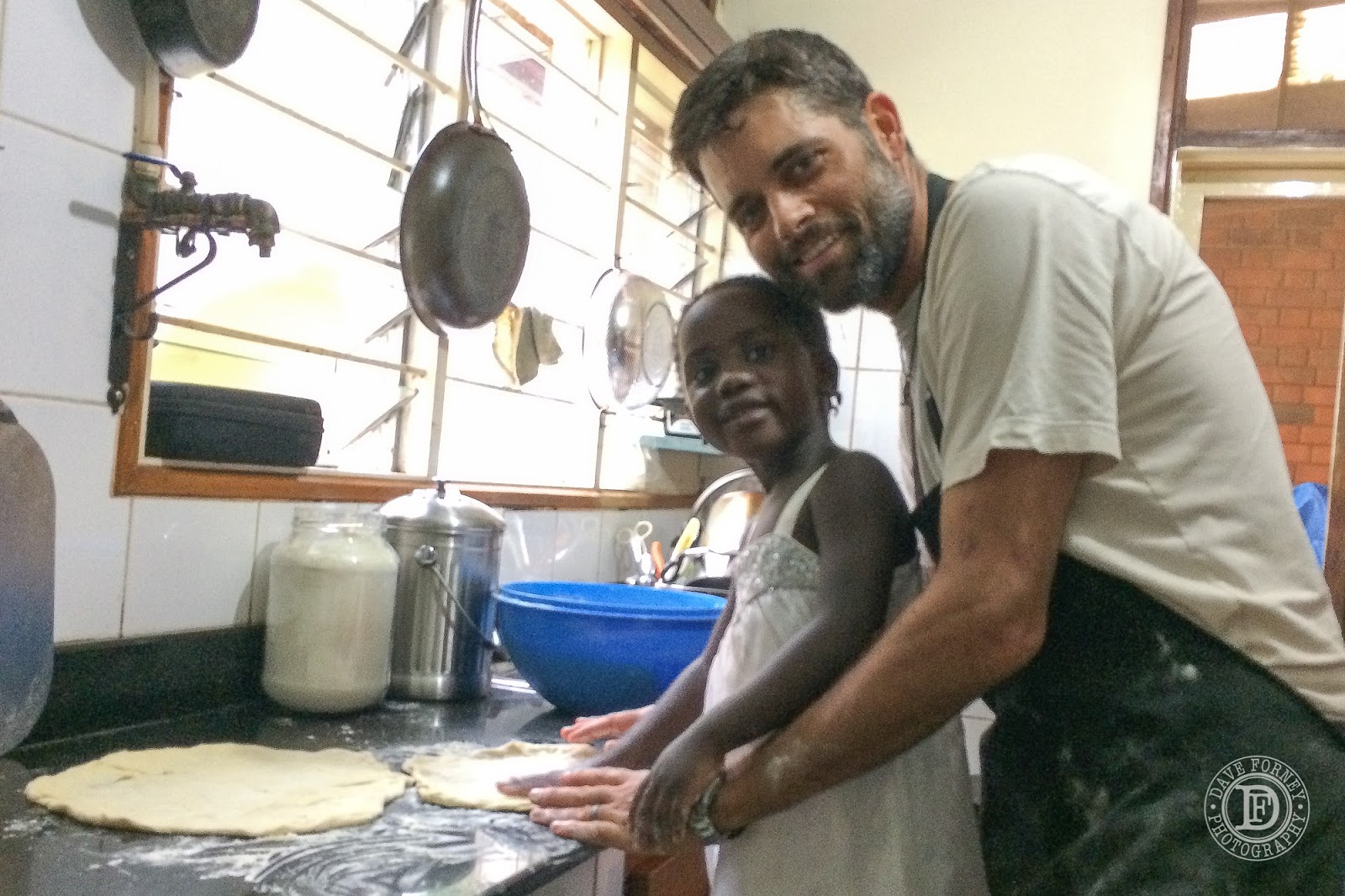 She loves to be daddy's little helper with anything and everything that I am doing, including making pizzas. 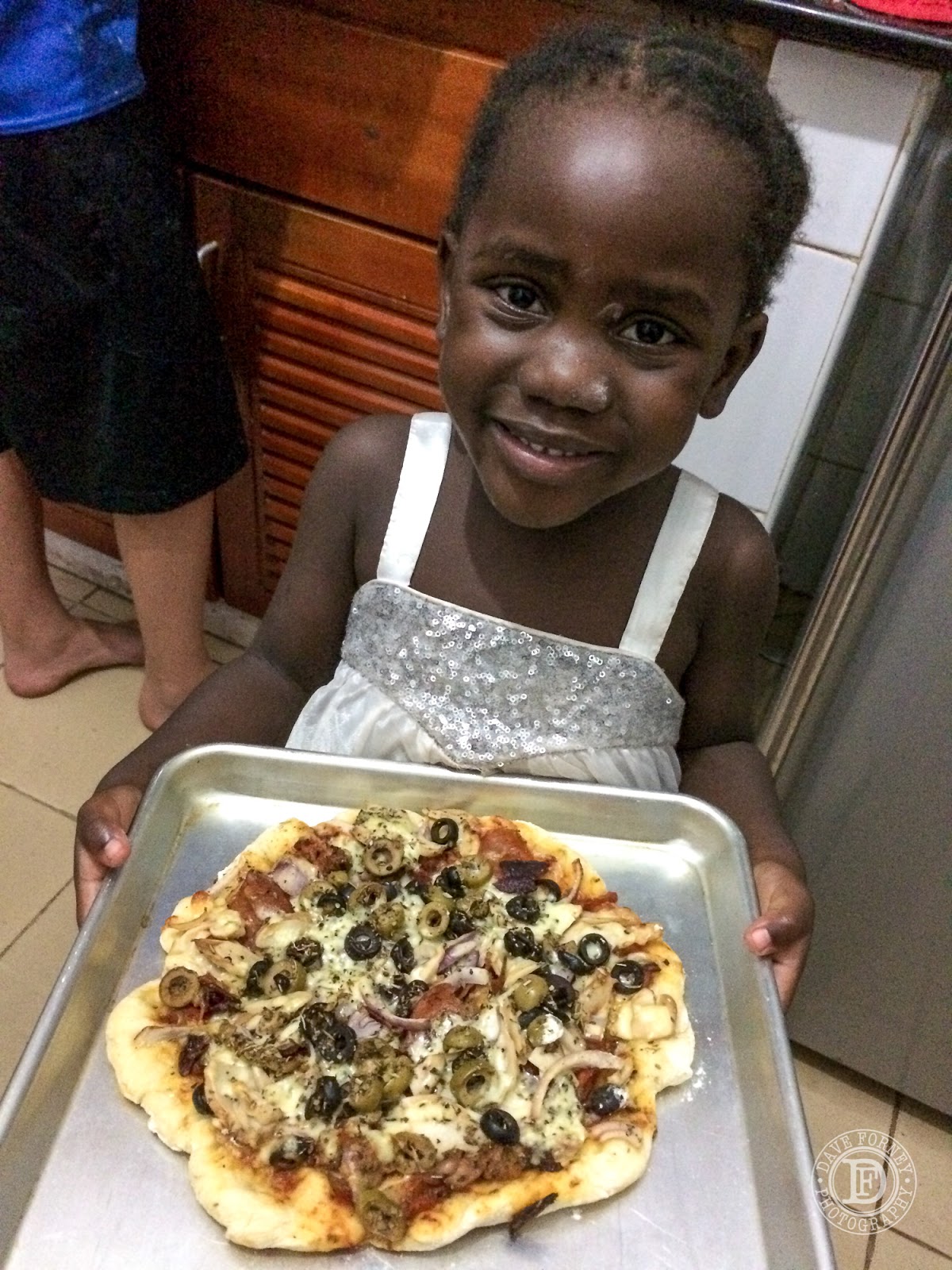 Speaking of food... fried grasshoppers are definitely 'closed-eye-worthy,' a term that we coined after our son, Tyler, always used to close his eyes every time he bit into something that he thought was super succulent. So now we often do that to emphasize something that is super tasty, which is what Sanyu is doing here as she enjoys this seasonal treat--crunchy on the outside, and squishy on the inside. Yummy! 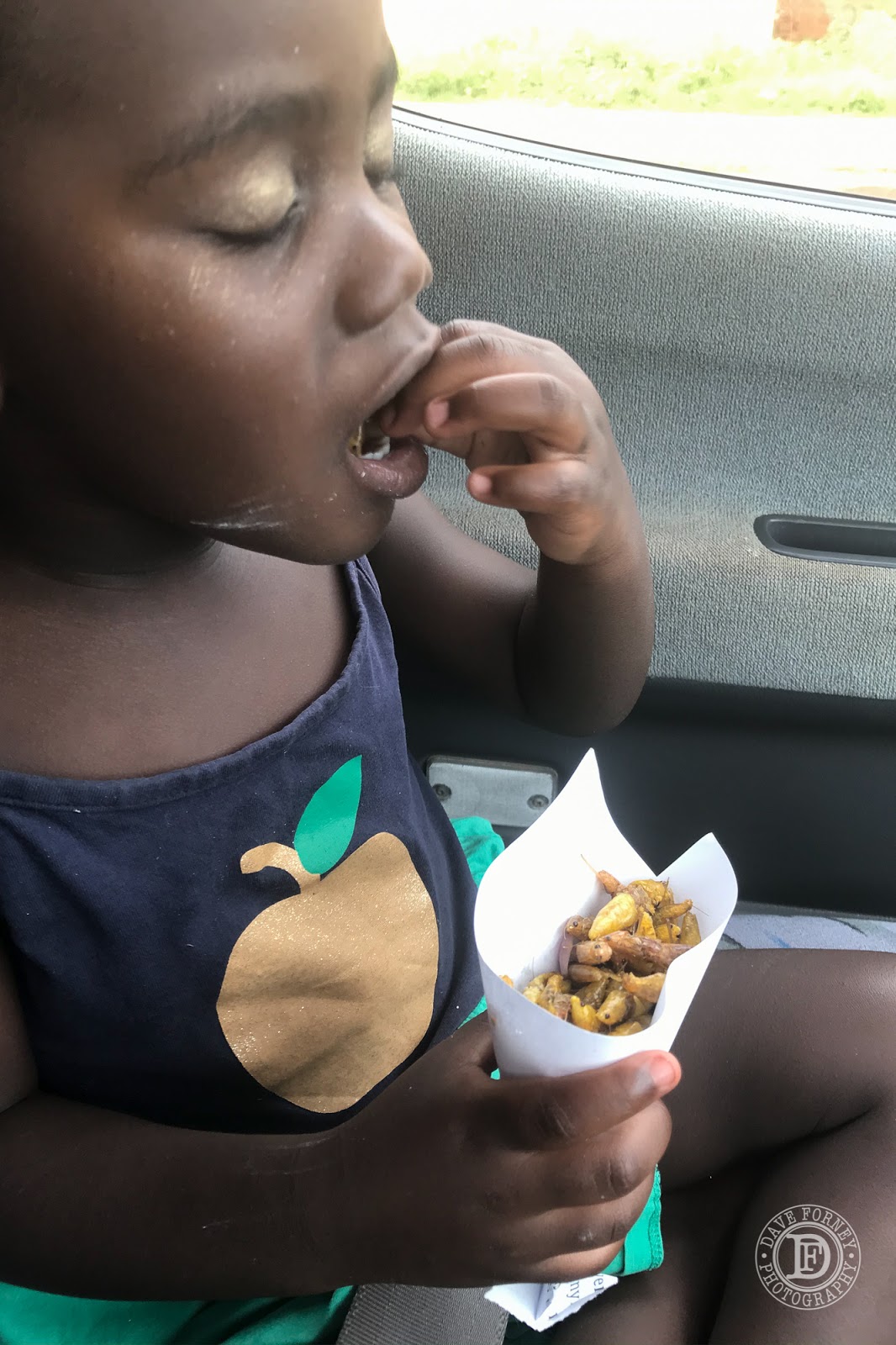 And since we are on the subject of food, last week I whipped up another batch of my famous (well, it's at least famous in my own house) hot sauce. The base for my pepper sauce is a variety of the scotch bonnet pepper, grown locally, which is much hotter and tastier (in my opinion) than an average habanero. Then I throw in a few other types of chili peppers, some onions, lots of garlic, and a ton of cilantro. All of that becomes a pepper mash, which I carefully weigh to the exact gram, so that I can add just enough salt and vinegar to allow it to age in corked bottles on the shelf. The longer it ages the better it gets. This made about 10 liters, which will probably last us about a year and a half or two. How hot is it? Well, it's not even comparable to any of the average Tabasco's, but if you've ever had the Habanero Tabasco, then it's probably at least about 2-4 x hotter than that. It's not as hot as Dave's Insanity Sauce though. What I (and some of my kids who also like hot stuff) enjoy about it is that it not only has just the right amount of heat, but also has a very complex and delicious flavor. We put it on just about everything. :-) 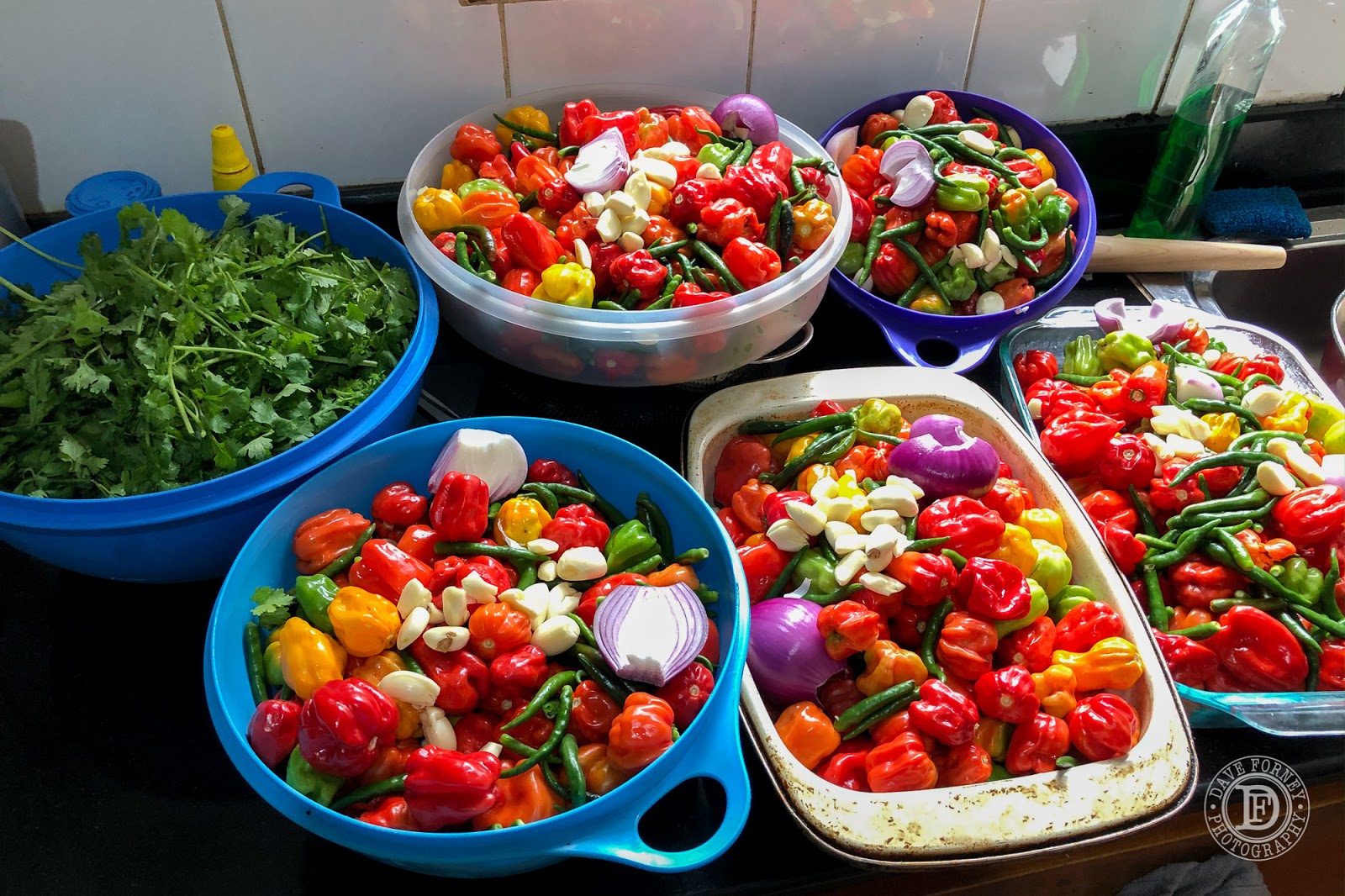