Life Under Lockdown in Uganda

Hey folks. Several of you have been asking how things are going for us over here in Uganda, considering how disruptive the Covid-19 stuff has been worldwide. Well, since my previous blog post (on March 24th) Uganda has basically gone under a virtual lockdown. I took these two selfies while doing MAF-Uganda's last flight (March 27th) before the lockdown was instituted. It was a domestic medevac flight for a couple who live/minister among former child soldiers in Northern Uganda. The patient had a very serious case of malaria, which together with her Parkinson's had left her in bad shape. They were extremely grateful for MAF's help to get them to Entebbe, where they were hoping to catch a special repatriation flight to their passport country a few days later. 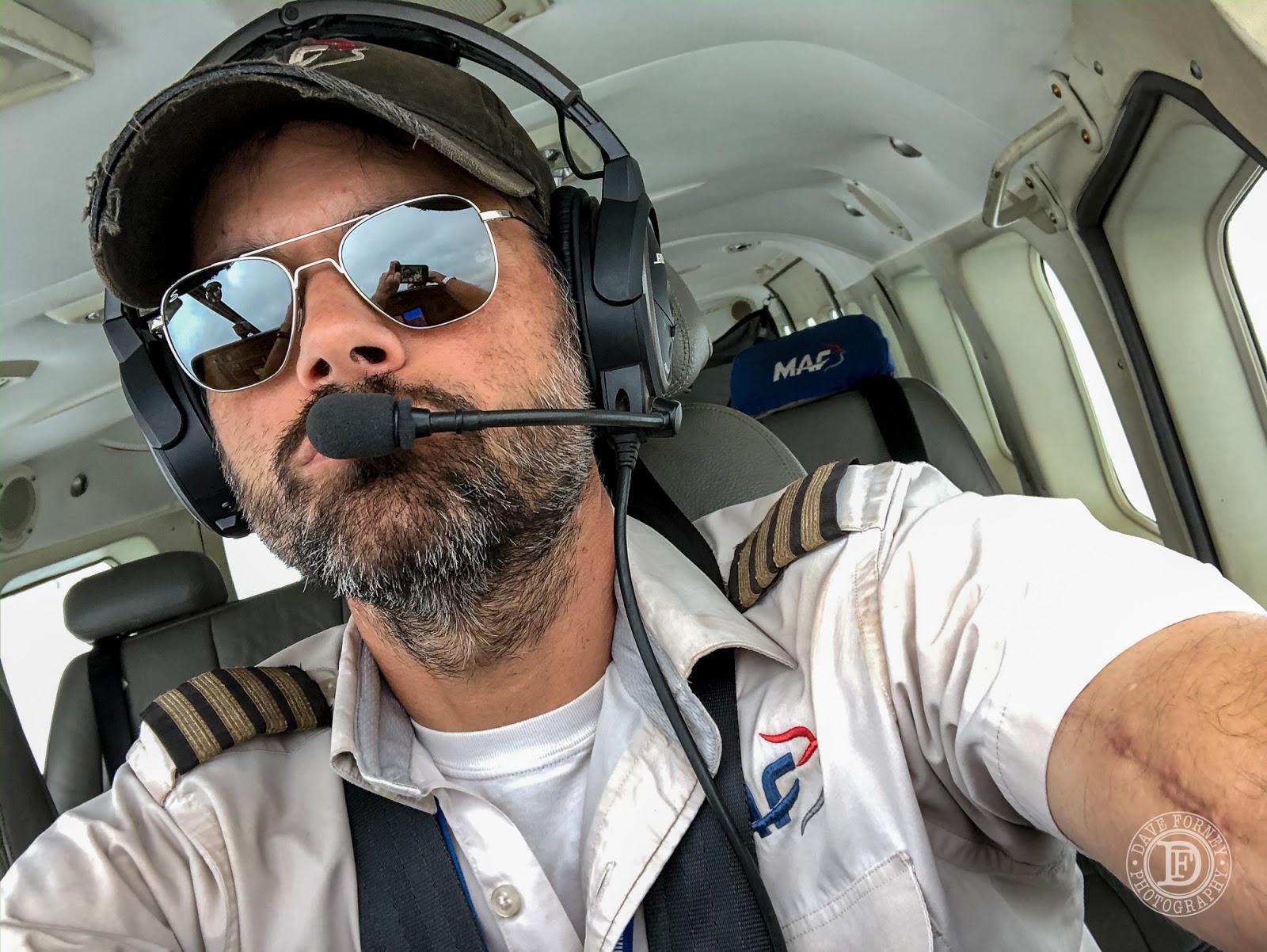 As you can see in the above photo, the plane was empty on the way upcountry to pick up the patient and her husband. That was one of the many requirements that we needed to follow in order to secure numerous permissions from various agencies to conduct the flight. Upon landing to drop the couple off at Entebbe International Airport, we were all required to wear masks and gloves, and all of us, including even me (picture below), went through health screening procedures.

Uganda has been taking this whole thing very seriously. All public transport is banned, and even the use of private vehicles is banned. All stores are closed except those considered essential, exercise in public is banned, and a curfew is in place which prevents anyone from leaving their house for any reason at night. There are a lot more restrictions in place, but suffice to say that the result of these restriction is that most businesses are closed and most people are stuck in their homes. Yesterday we were informed by the president that these restrictions will continue for another 21 days across Uganda.

Meanwhile, the total number of 'known' cases of Covid-19 in Uganda stands at just 55. Most of these cases were people who flew back into Uganda on International commercial flights several weeks ago, and who were already under government-mandated quarantine. All of the cases in Uganda are in stable condition, there have been zero deaths from the virus here, and several have already fully recovered and been released. That said, there are many, many people throughout the country who are struggling and/or concerned about their livelihoods--about finding enough food to eat--as a result of the closures and lockdown. The government is trying to help some, who've lost their jobs as a result of the lockdown, with immediate food needs, but things are definitely very rough for a lot of people throughout the country. As this continues, many will get more desperate. So please keep praying for all these folks! 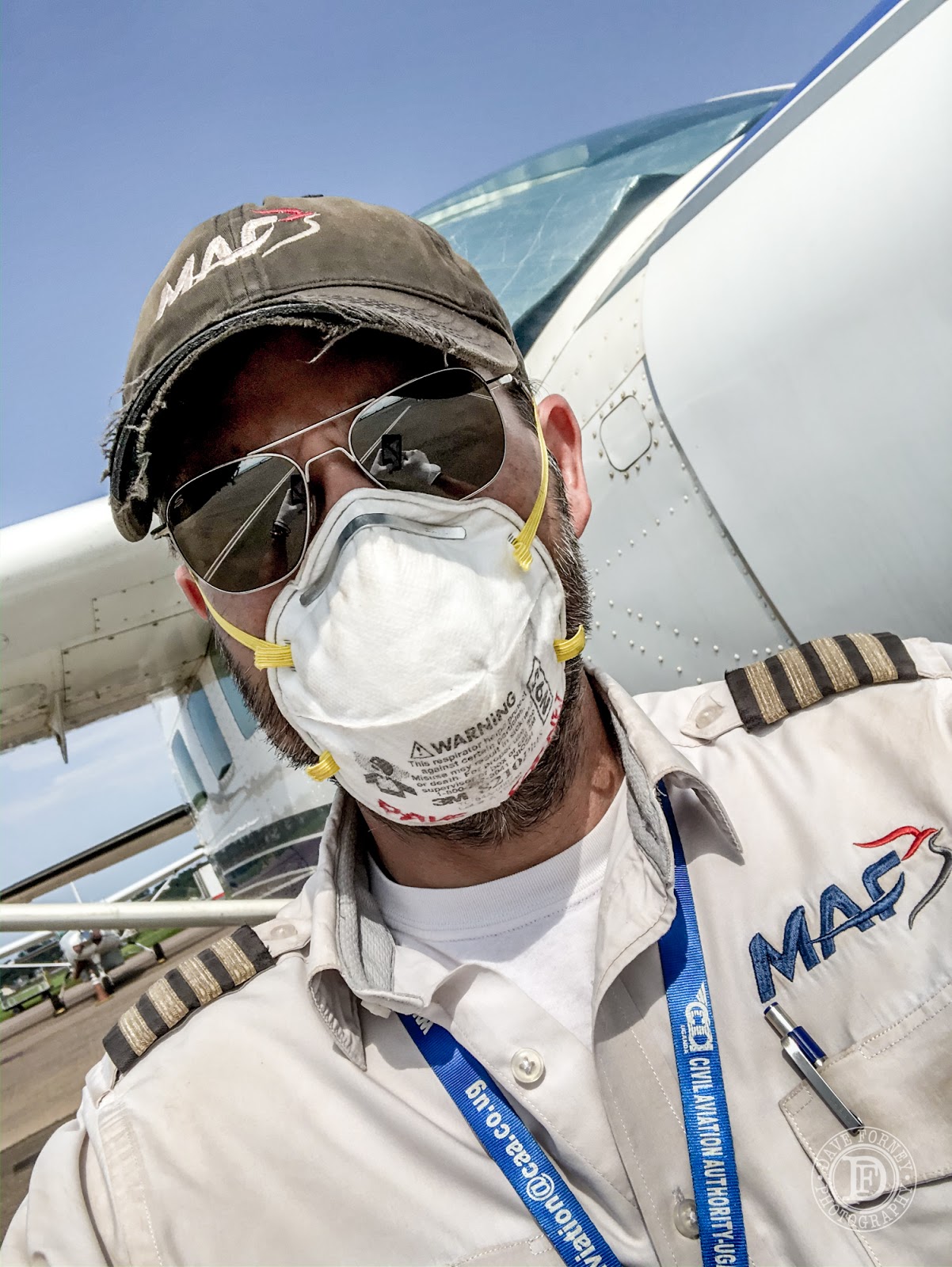 Here is a picture of my friend and fellow MAF pilot, Ping. He originally hails from India (and incidentally is always whipping up super-delicious Indian food, which is our favorite!) and has been an MAF pilot for several years, first in Australia, and more recently here in Uganda. A few weeks before the lockdown in Uganda, I had the privilege of doing some flights with him as he transitioned to the larger Caravan aircraft... which was also a great opportunity for me to take a few pictures. :-) 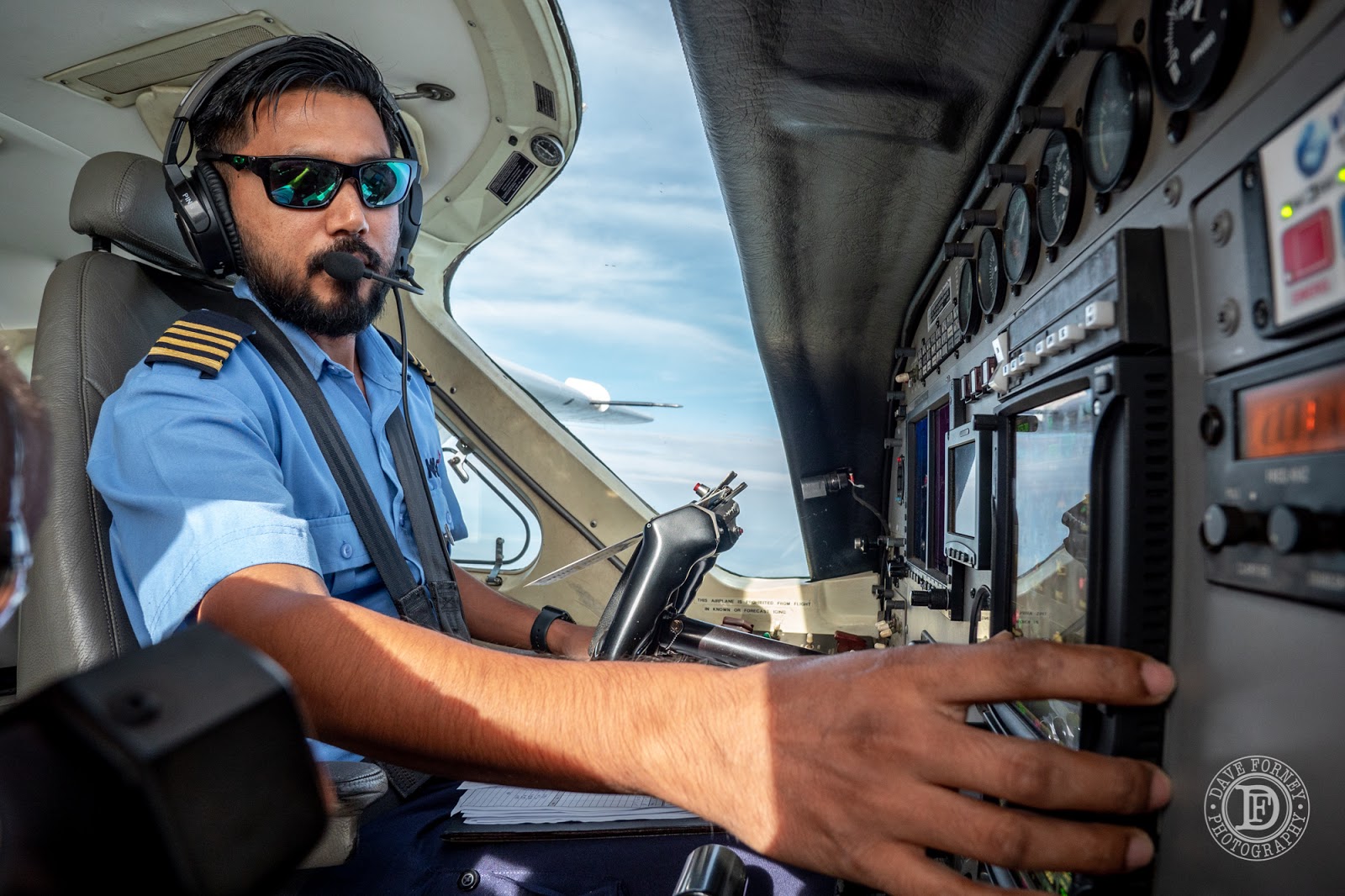 All schools continue to be closed in Uganda, including HIS (Heritage International School) pictured below. Hannah and Hudson are continuing their school each day online with their HIS teachers. This is Hannah's senior year--she will be graduating at the end of May. For now, the school has still not fully cancelled classes past May 5th, (the date of the extended lockdown throughout Uganda) so there is still a small chance that the kids may have the last few weeks of school in person. But otherwise, they will finish online, and their Senior class trip (that they've been working all year to raise money for), among other things, will be cancelled.Obviously this is not an ideal way to end your senior year, with many things being cancelled, or at risk of being cancelled. Yet, her perspective on everything is solid, and she seems to be handling it well. 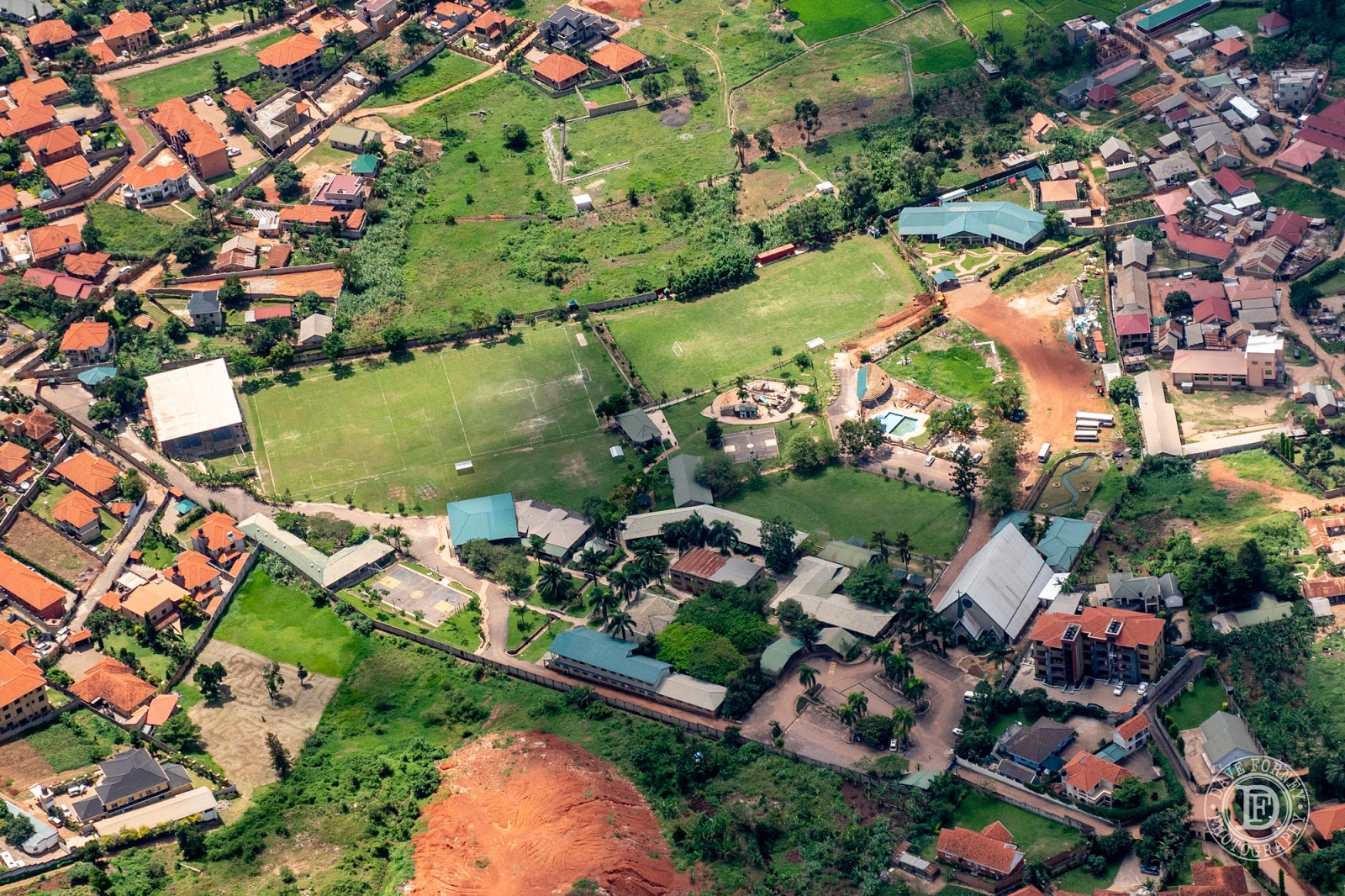 One side benefit of this lockdown is that we now have nowhere to go and nothing to do in the evenings (usually, although sometimes we do have zoom meetings etc.), which means we have a lot more family time. So we've been playing a lot of outdoor games in the evenings, like croquet... 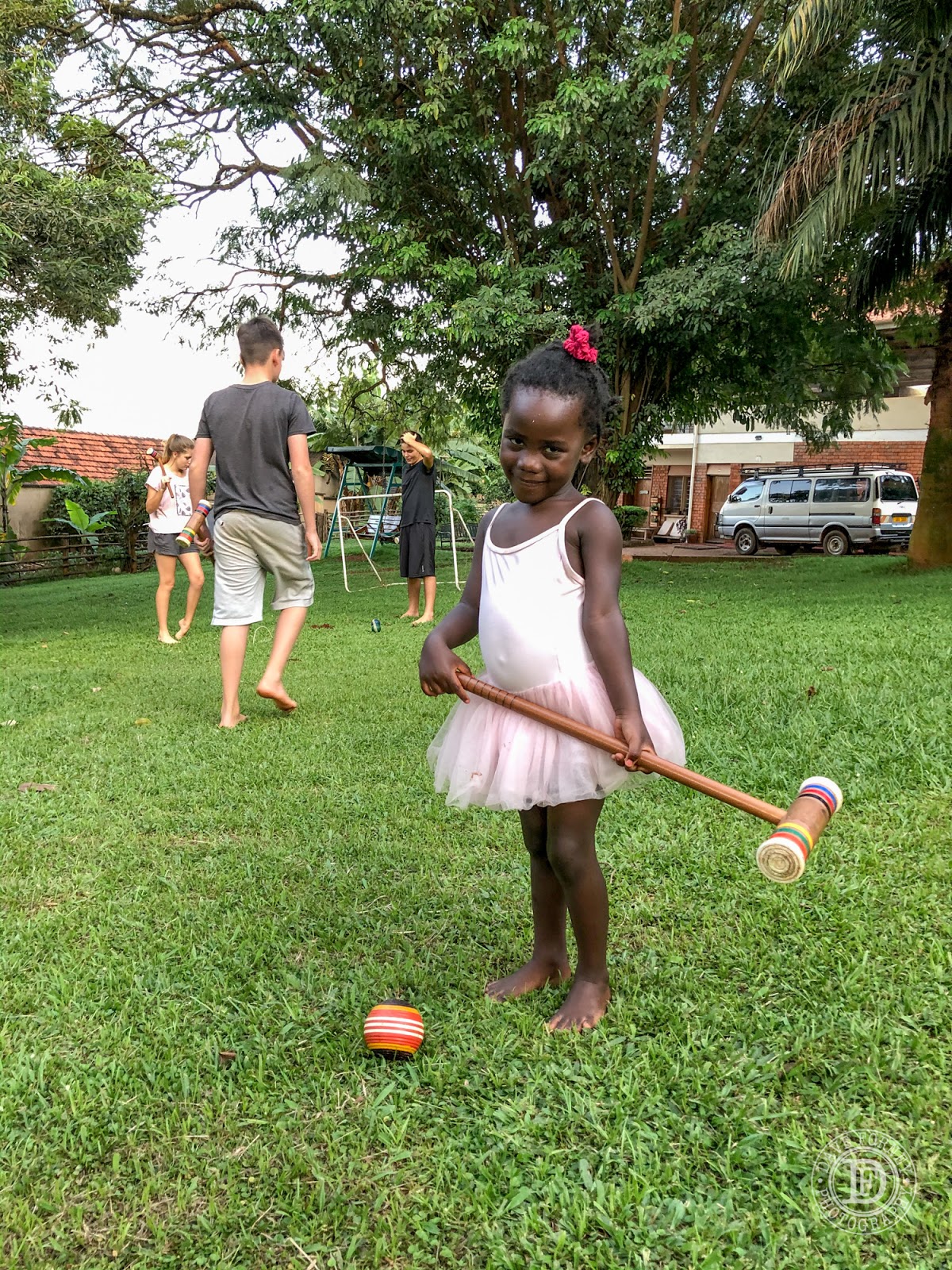 ...and corn hole, among others. 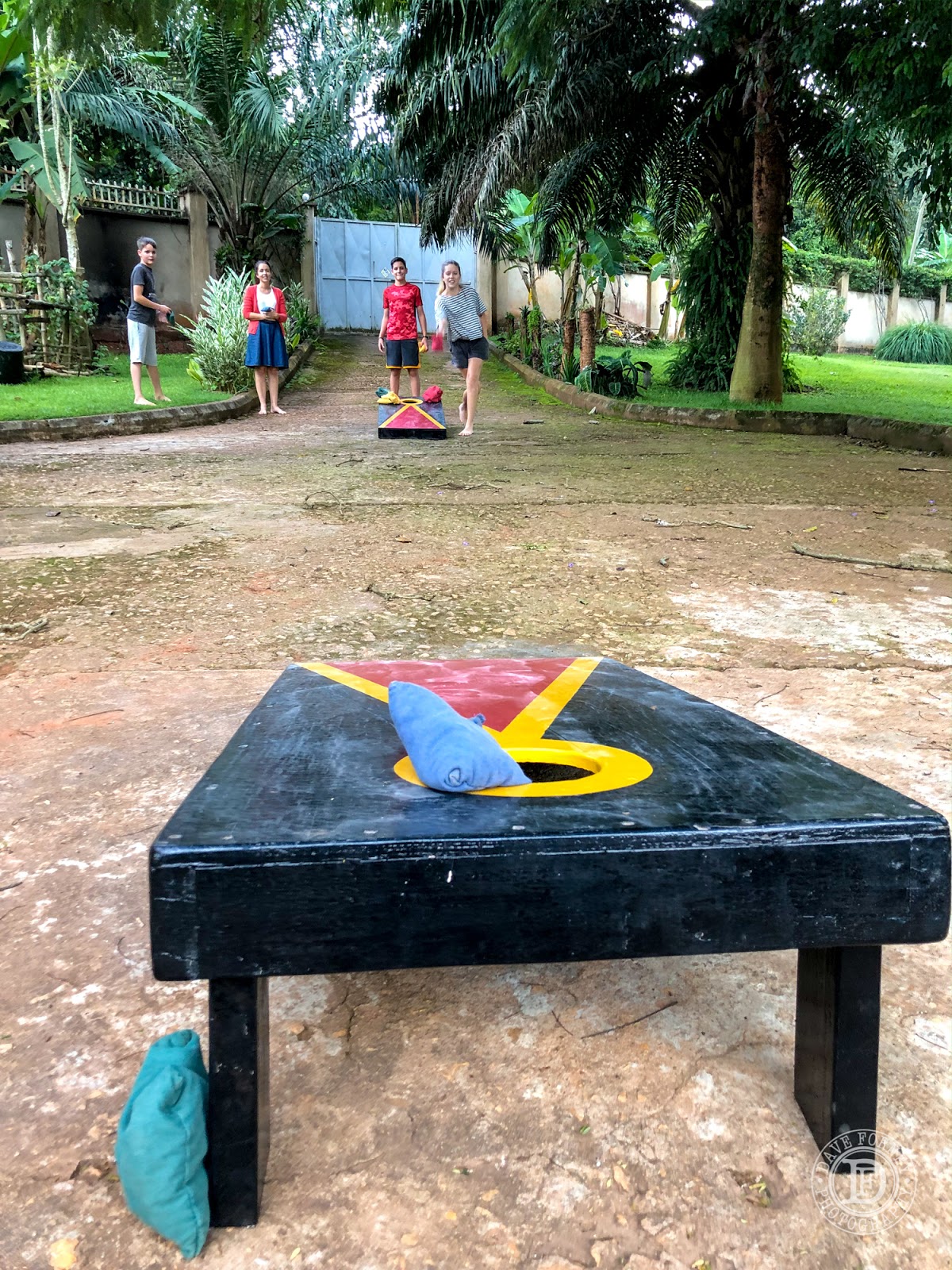 If you've ever played corn hole you will appreciate the picture below. I was throwing the green bean bags, and I had two of them hanging right on the edge of the hole, when Tanner threw a yellow one and it was caught by my green ones, and just hung suspended over the hole. Despite several more throws from others, none of those bean bags went through the hole much to Tanner's chagrin. Haha. Good times! 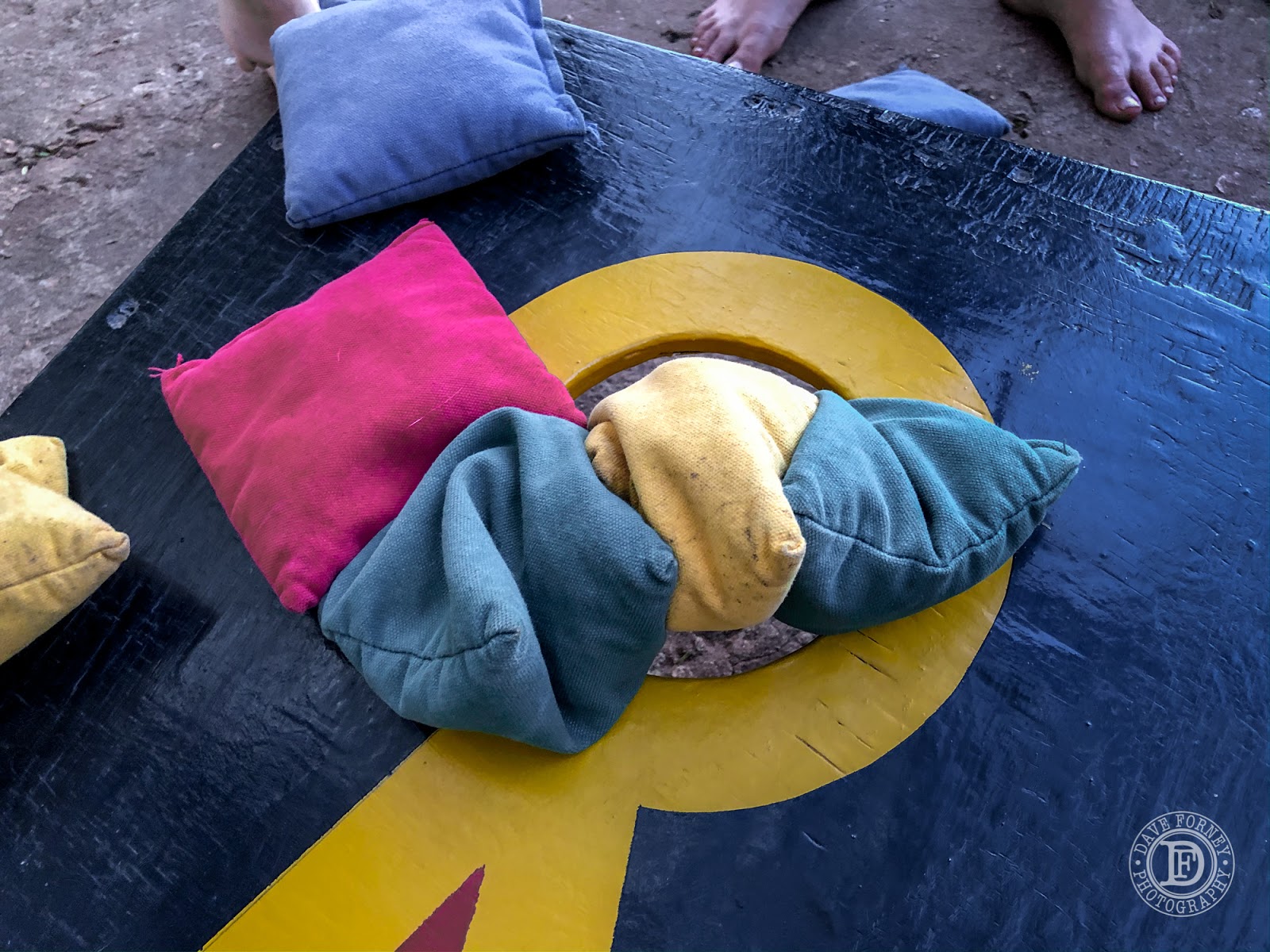 Oh yeah, and the boys and I have occasionally been known to break out the airsoft for an epic battle which often leaves us looking like we have a bad case of the chickenpox. 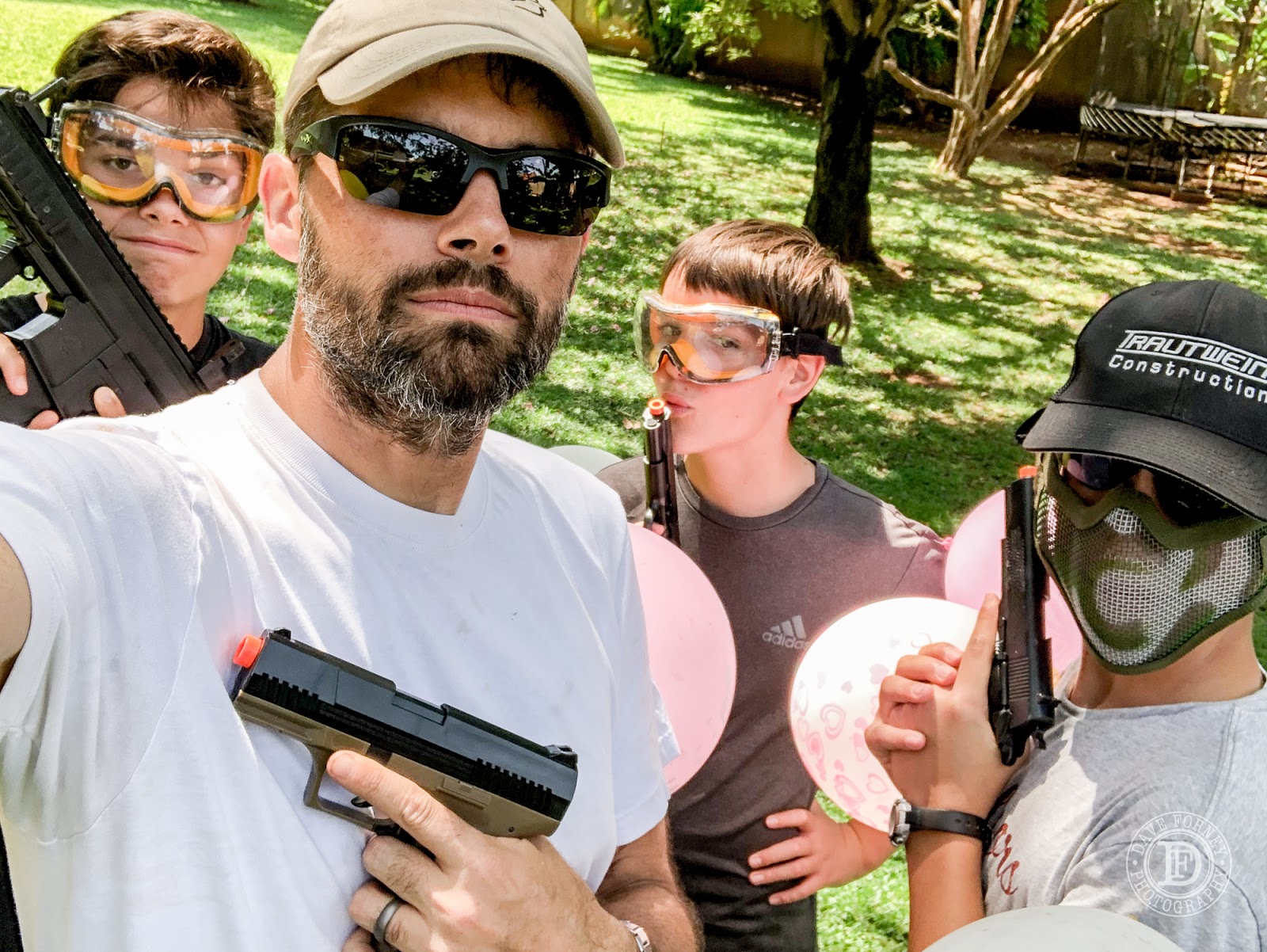 Meanwhile, Britton was on spring break from Liberty University, hanging out with my family in PA, when things got crazy in the U.S. He's still there, doing his classes online. Like Hannah's situation, it's not ideal, but like her he has a really great perspective on things, and has really enjoyed the time he's been able to spend with his grandparents, Uncle and Aunts, and cousins. He's probably been able to spend more time getting to know them throughout this ordeal, than in the entire previous nearly 20 years of his life, since we've always lived in faraway places, with only a few days or weeks of visits at a time every few years. So this has been a silver lining for him. Joy and I are very grateful for the love and care that my parents and my sister and brother-in-law have been giving him. Thank you!

Below, a shot with my parents. They have been taking him out on hikes, and showing him the G-castle vibe (well, as much as possible during Covid-19), where I spent my junior high and high school years. 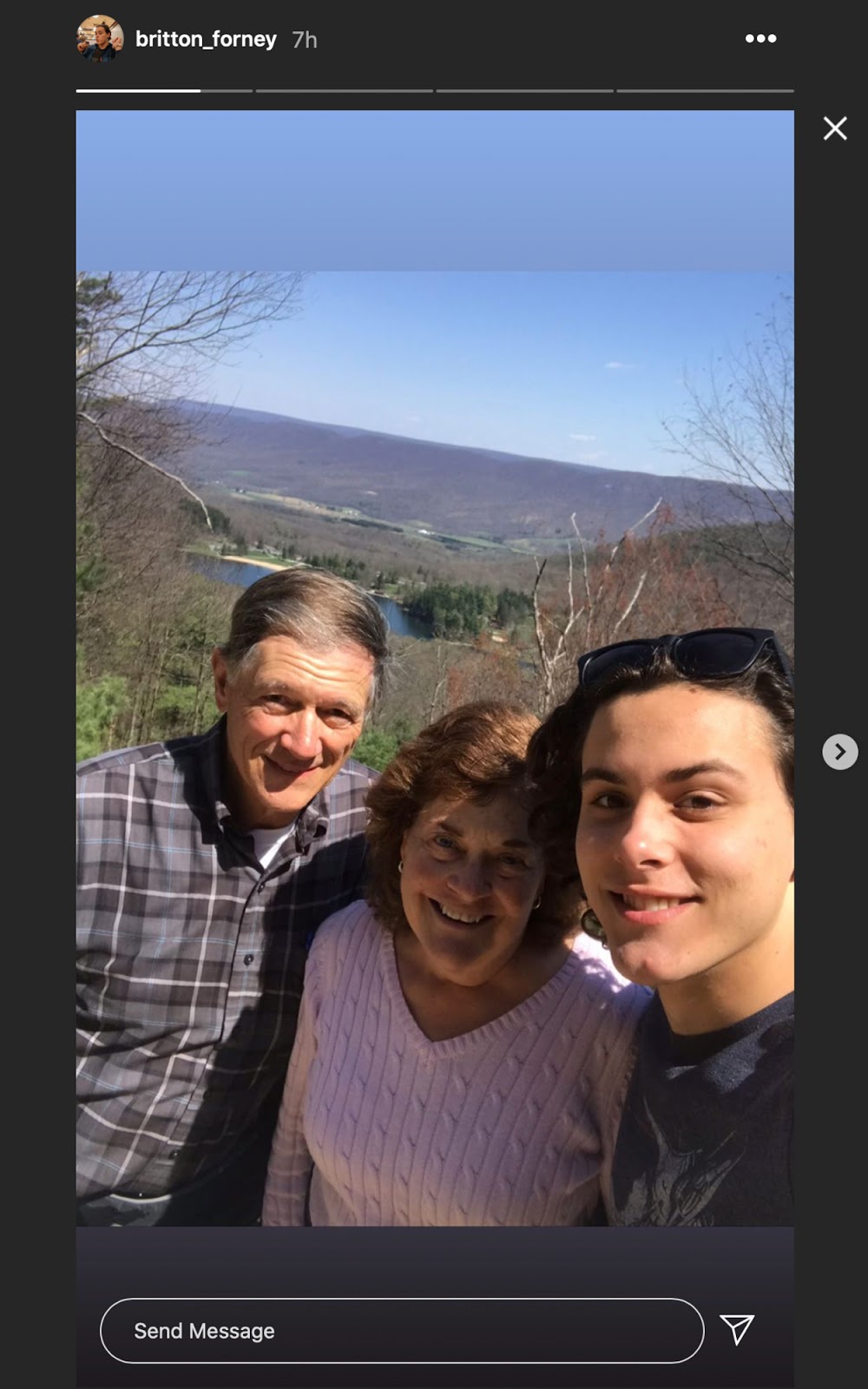 Hanging out with his cousins... 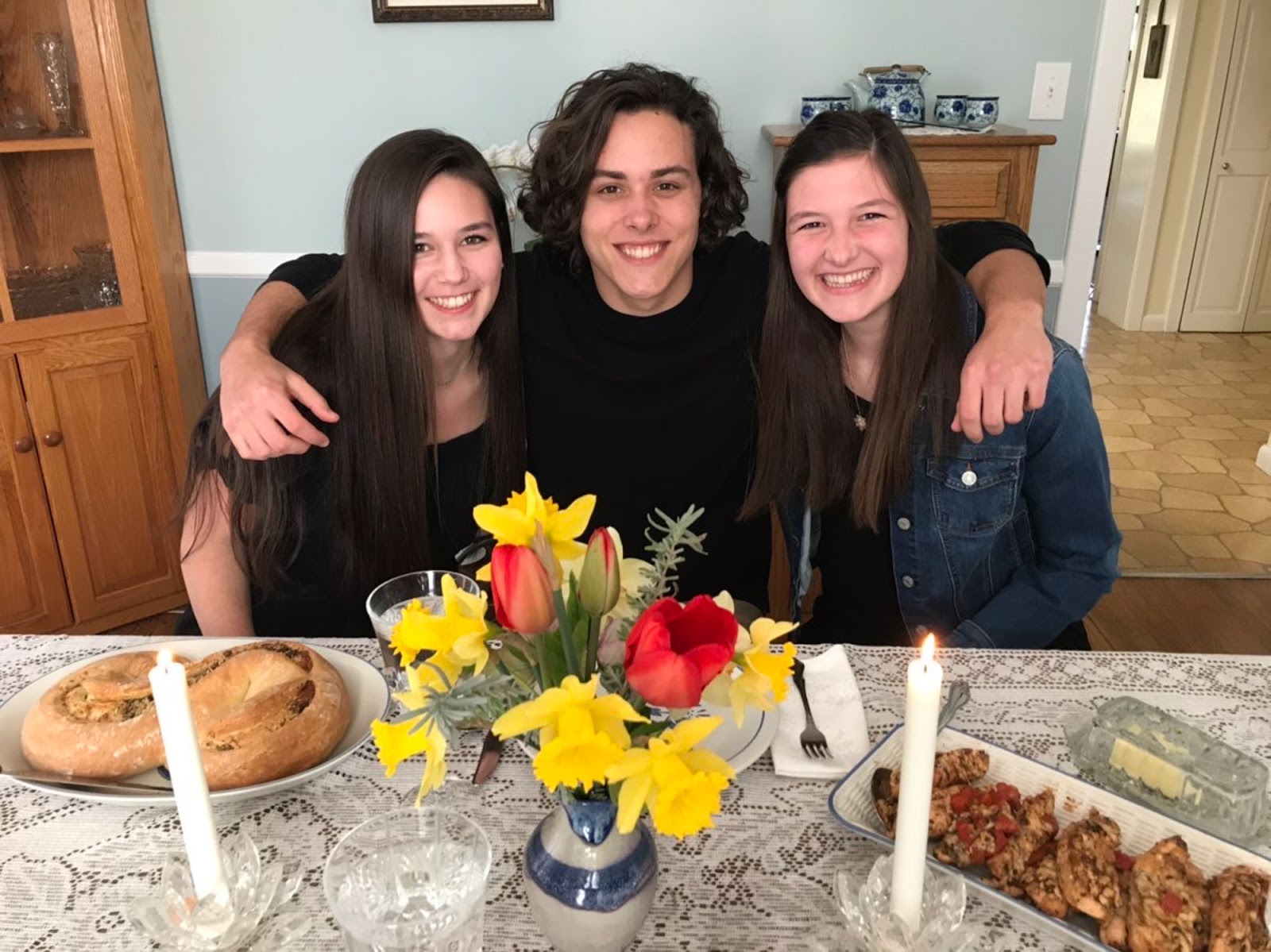 Before things got really strict, Britt was able to see his Aunt Jenn as well, and was even able to help her release some baby trout she had raised (she teaches biology etc. in a H.S. down near DC). 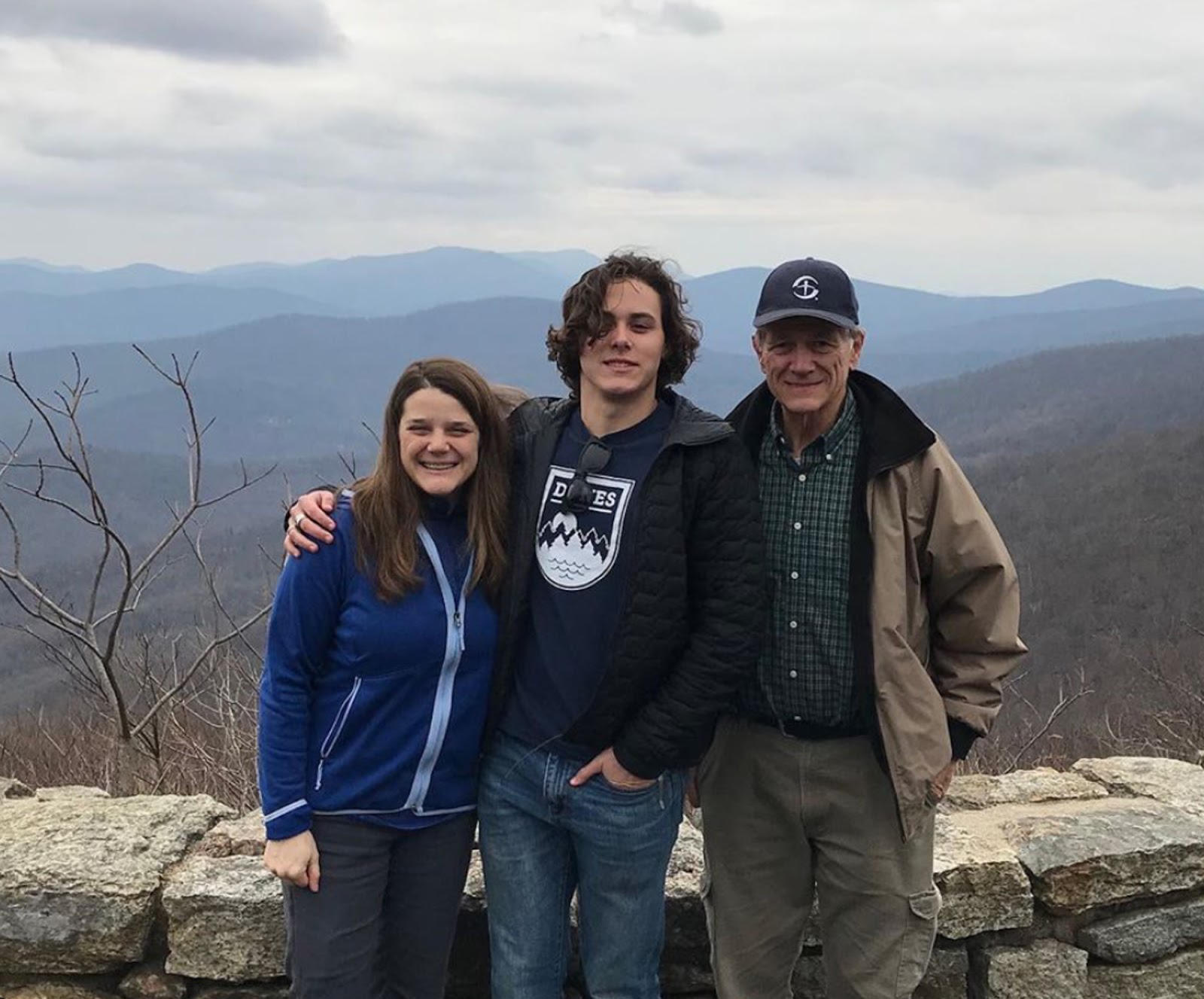 And he continues to enjoy drawing. You can checkout more of his drawings at: https://www.instagram.com/brittish_arts/ 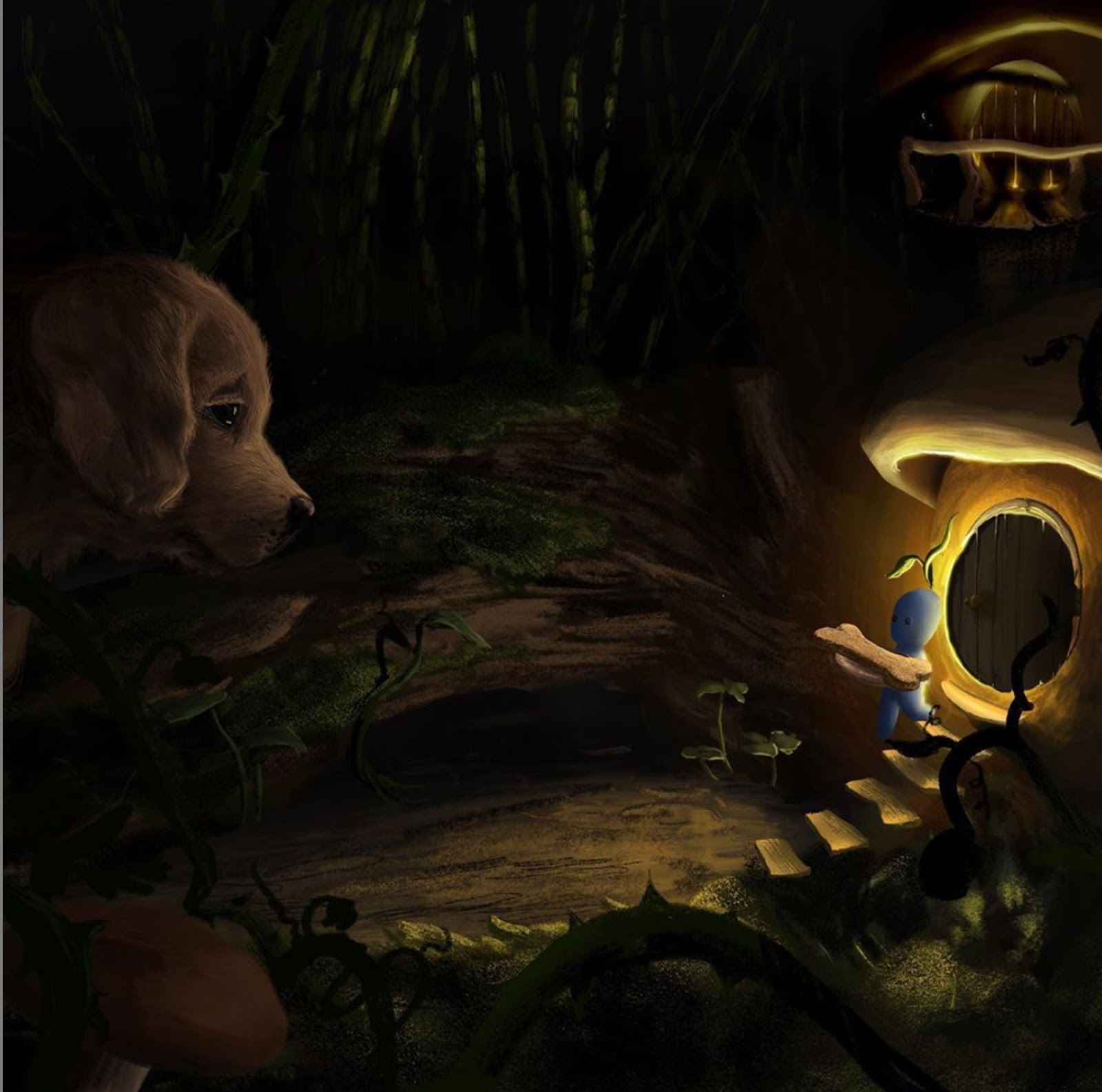 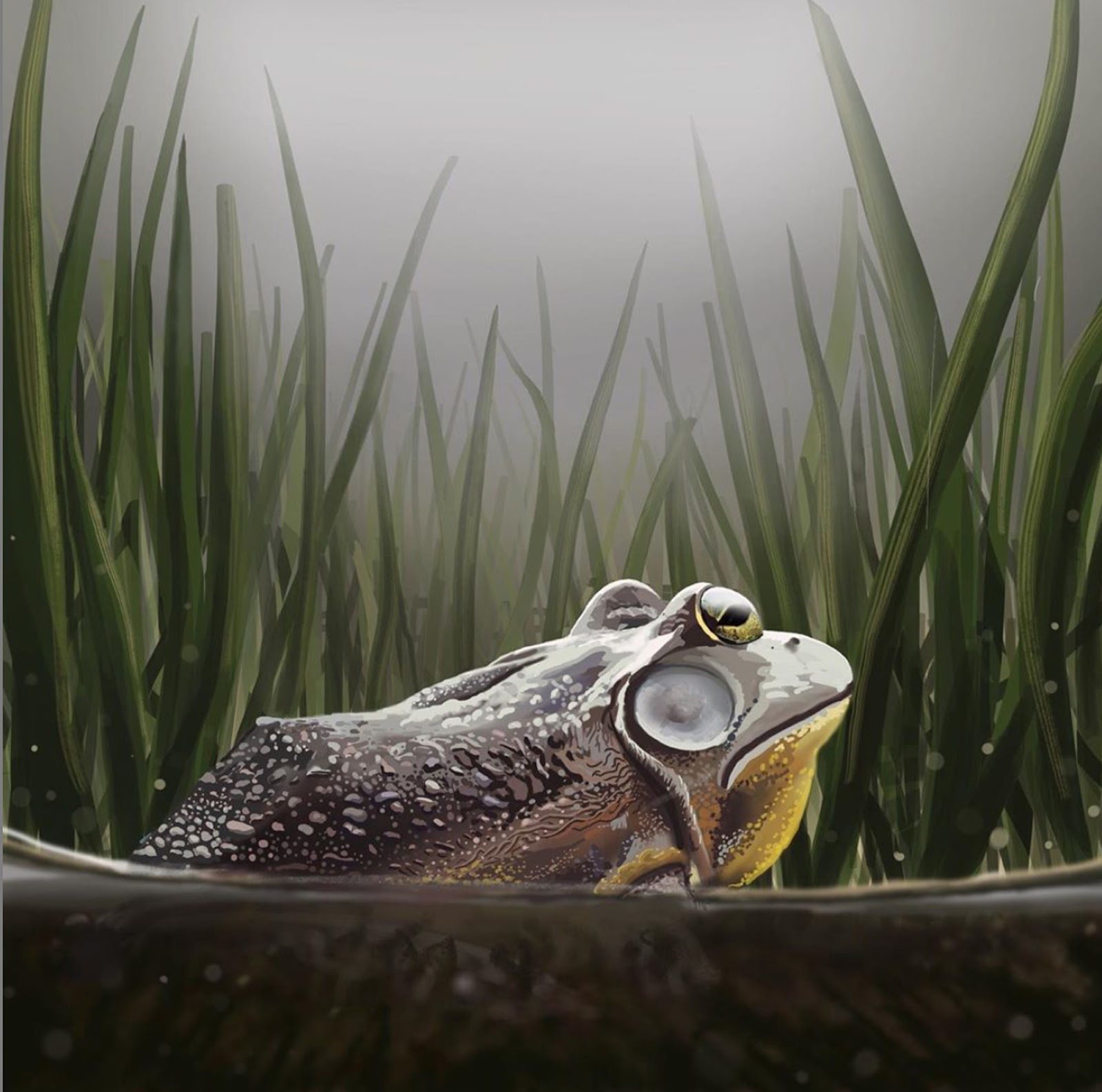 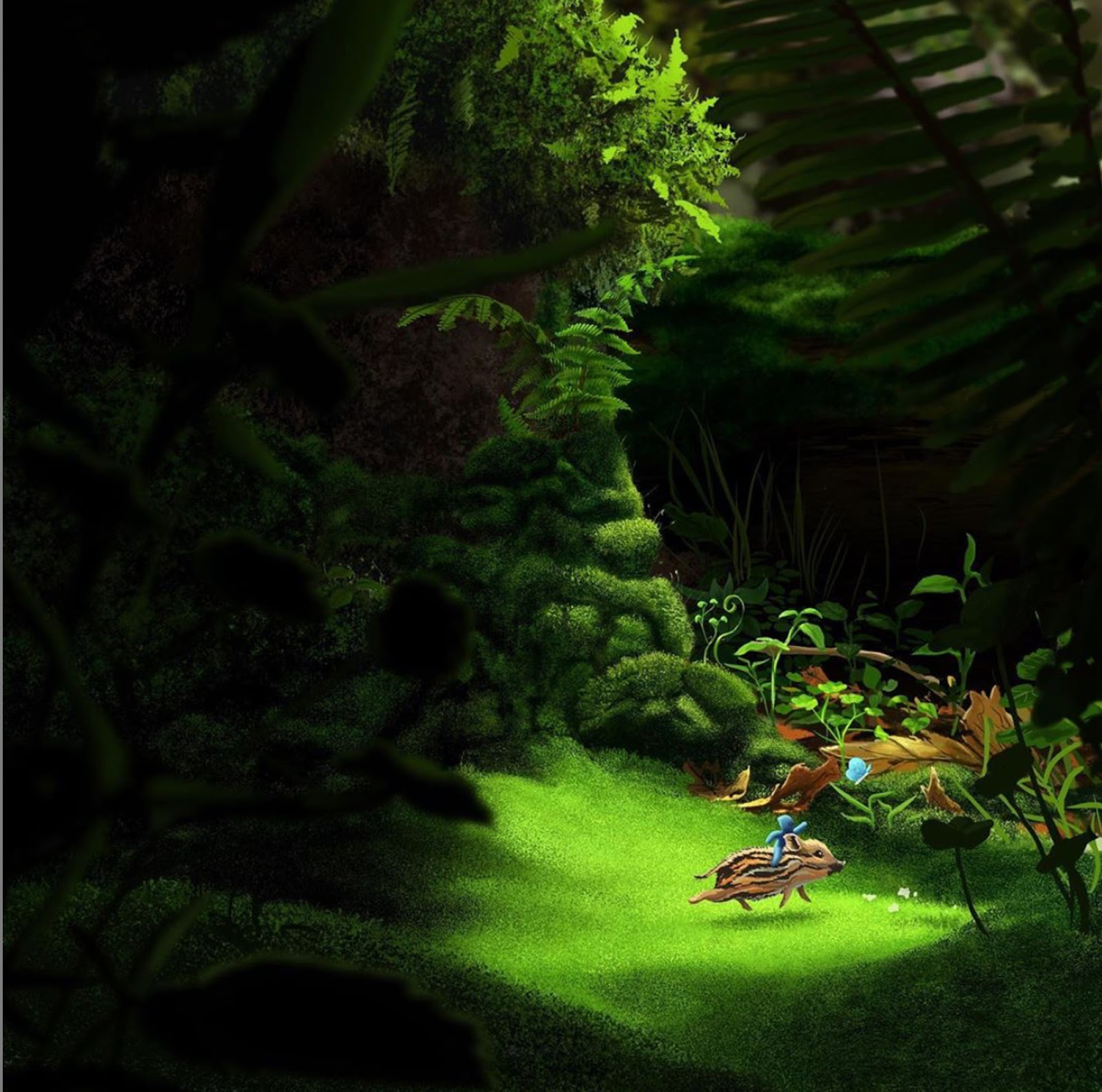 In other news, last month we celebrated the twins 13th birthday, which means that we officially have 5 teenagers!... ate least for a few more months until Britt turns 20. Makes us feel really old! 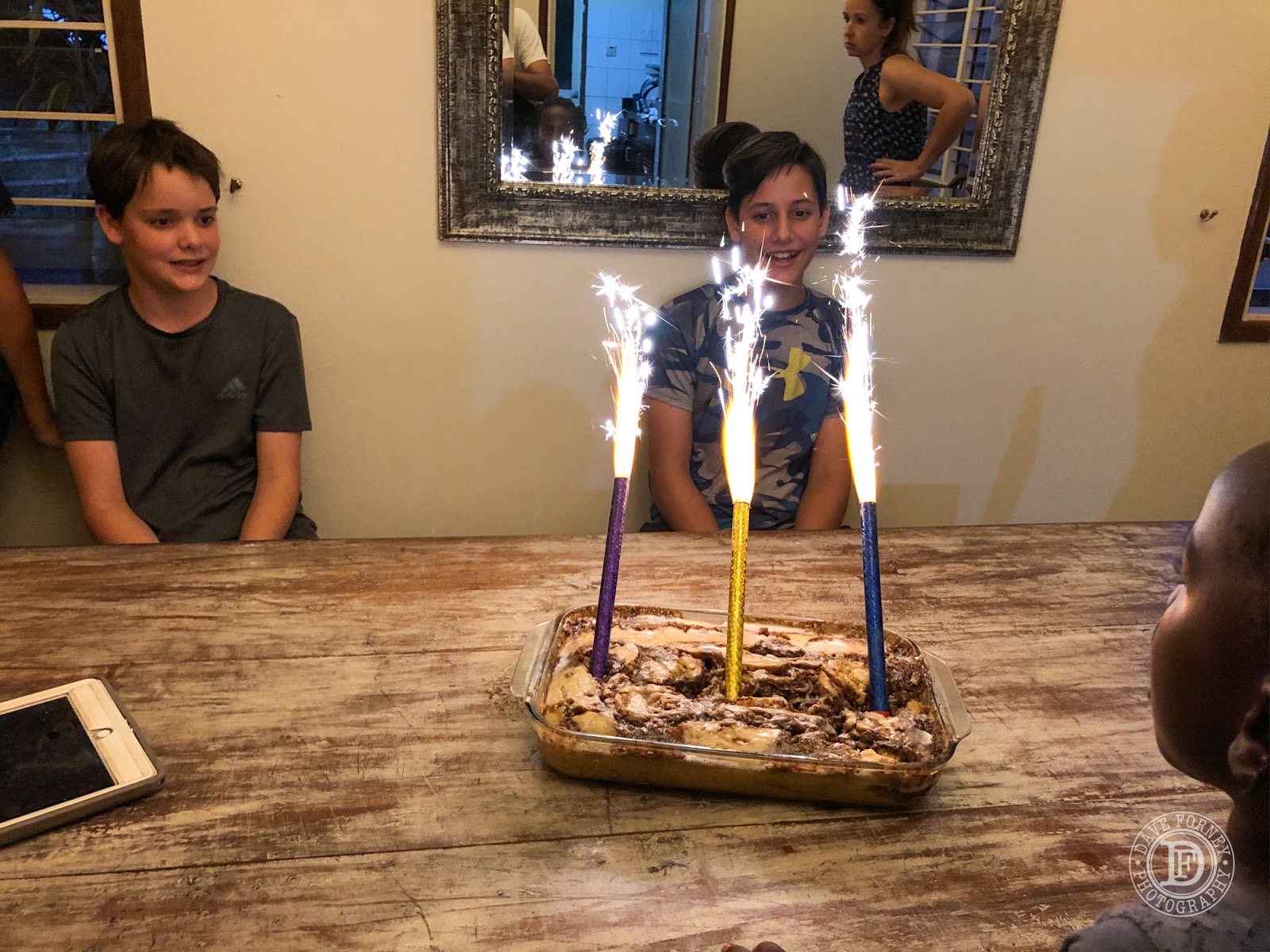 And also last month, Sanyu turned 4. There's never a dull moment with her around! 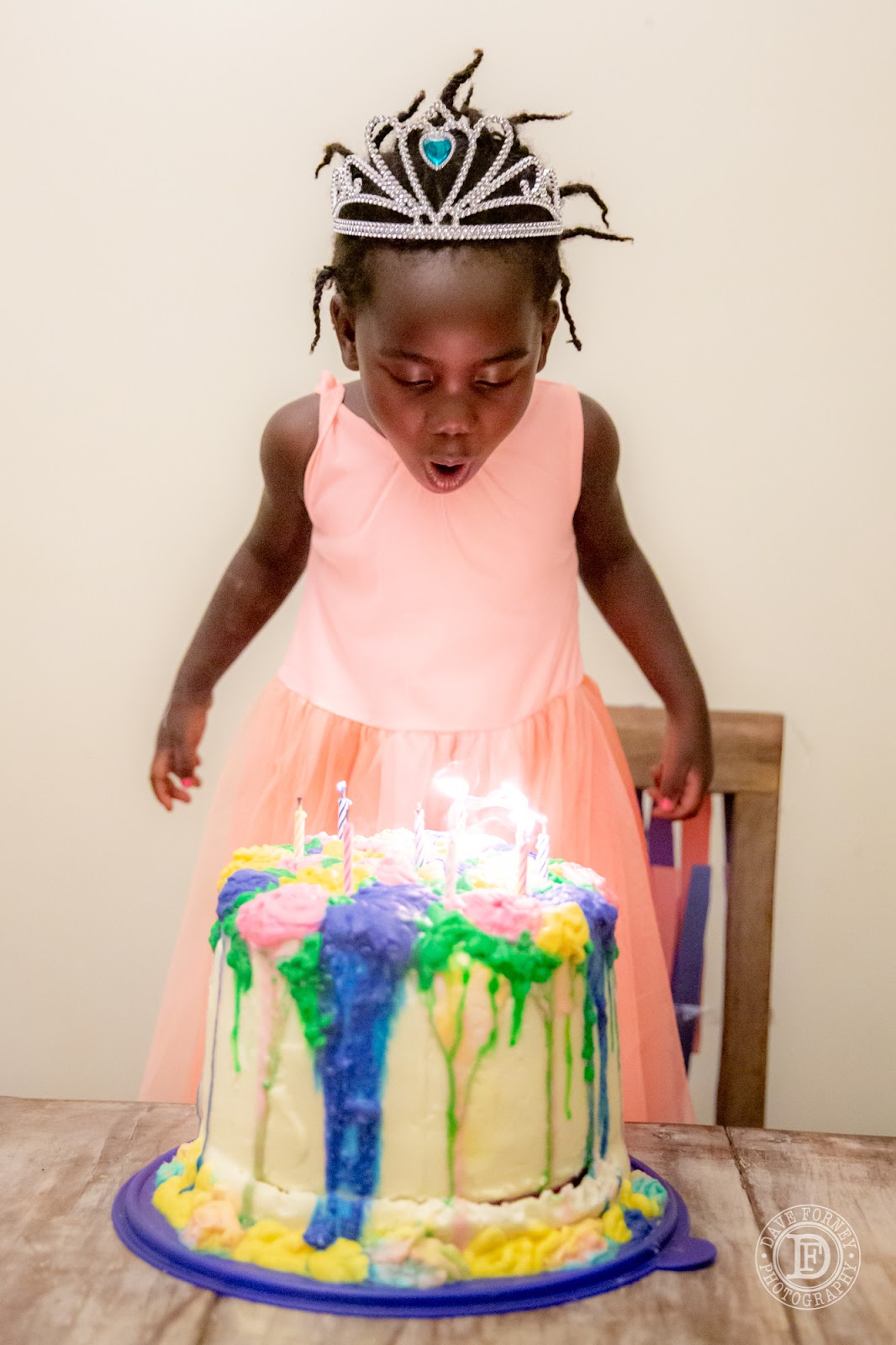 Hannah loves to bake... which incidentally is a lot tougher to do here than in the U.S., as we don't often have the exact ingredients called for, and it's very difficult (or impossible) to control the oven temperature. Yet, she still manages to create really scrumptious desserts one after another. Here is an Easter cake she made--an empty tomb, with a cross on top. 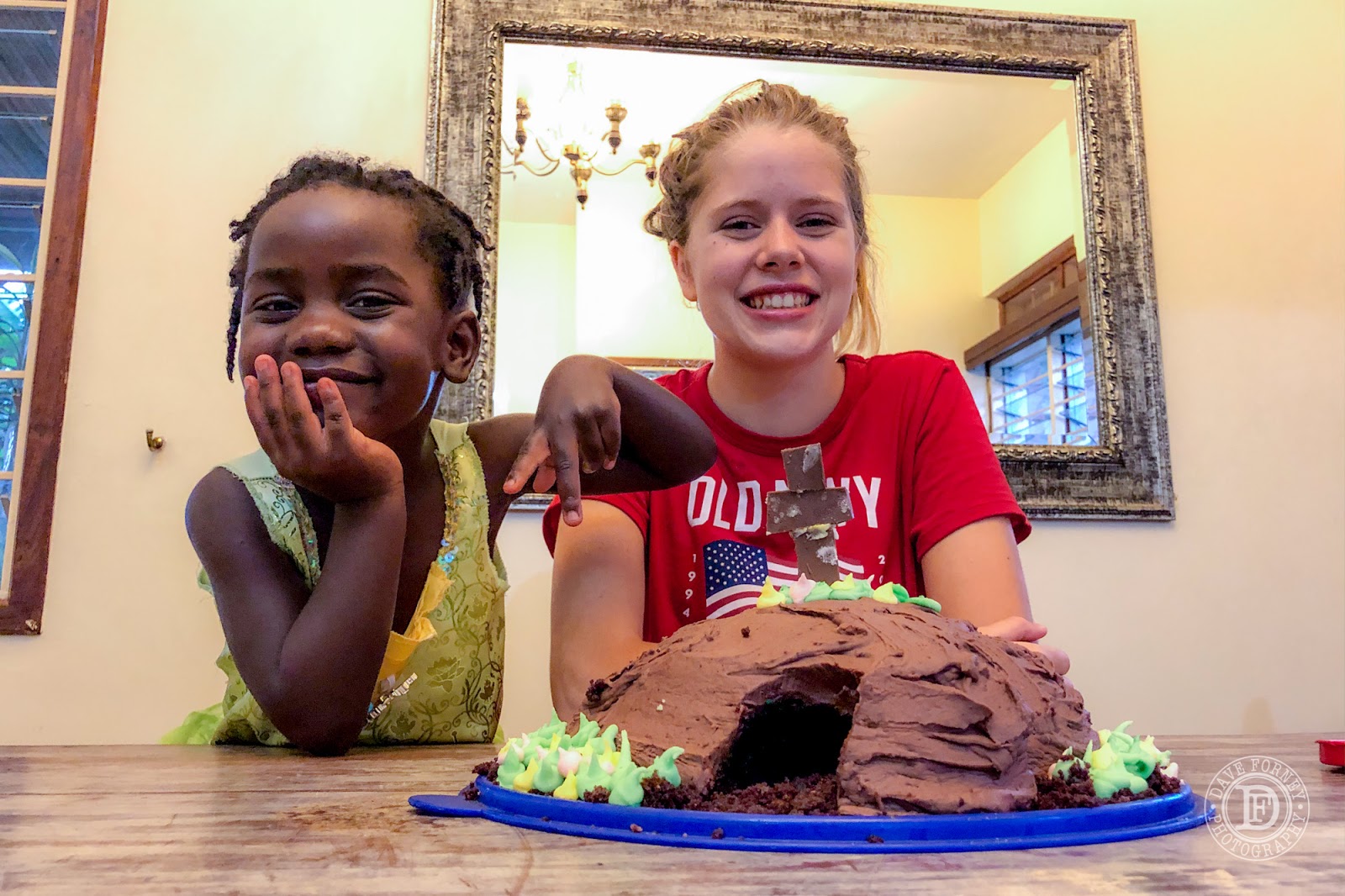 Some of you are curious if the Covid-19 stuff will impact our plans to come back to the U.S. for two short months this summer, for a short Home Assignment, and to drop Hannah off at University. In short, we don't yet know, but obviously the longer this stuff drags on, the more likely it becomes that our plans will be impacted. We appreciate your prayers for wisdom as we decide what to do, and when we know more, we'll let you know. In the meantime, I am actually quite busy, working from home, mostly behind a computer (which is not my favorite type of work) doing a lot of MAF-related stuff that is probably important, but not nearly as fun as flying airplanes. Haha. :-)
Posted by Dave at 8:34 AM