These are a few shots from "my office" over the past week. It was practically like a family reunion in Binuang (below) when I landed there for the first time in six months. After greeting everyone, sharing a meal of rice, wild veggies, and some whole, crunchy-fried fish with my buddies Kalfin and Bapak Daud, I took off for the next village. 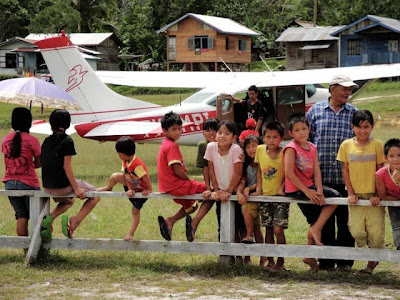 I took two medical patients out of Long Bawan (below) at the end of one day. One young girl was sick with something unknown, and then just before I took off we got word of an older guy that fell from a high tree while trying to pick buah mata kucing (which literally means "cat eye fruit.") He was hurtin'--with a compound arm fracture, and what appeared to be some broken ribs, and who knows what else internally. 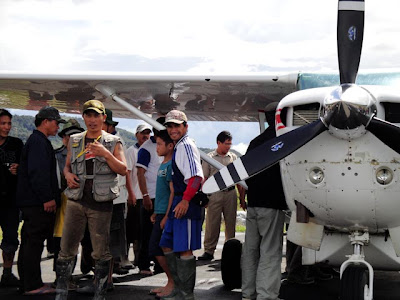 After a few terrible weather days early in the week, which resulted in many cancelled flights, the later part of the week proved to be just gorgeous. 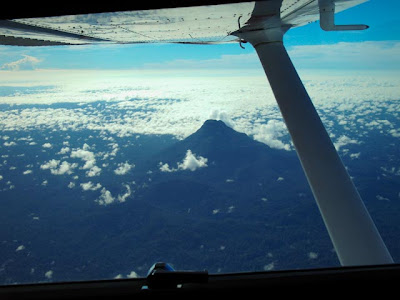 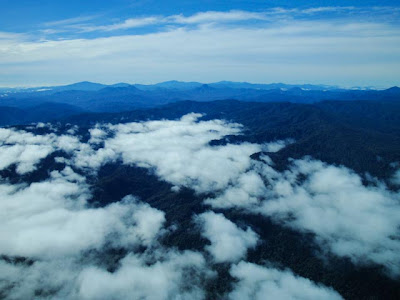 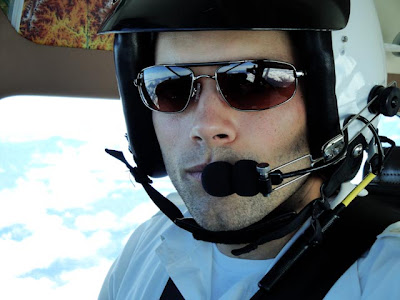 In addition to the medical patients I mentioned above, I also took two pregnant women to town to give birth. Then today, Sunday, I got called in to do a medivac to Long Nawang which is our furthest village from Tarakan that we serve on a regular basis. These were a few shots along the one and a half hour flight each way. 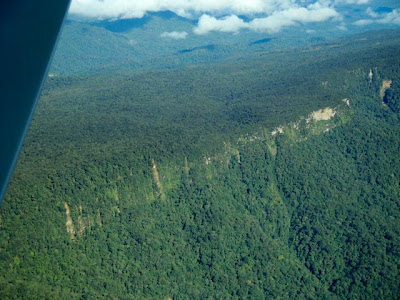 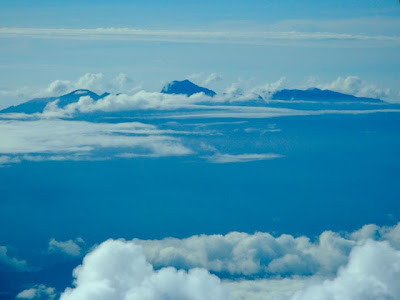 I was glad the weather cooperated. In fact, it was unusually beautiful weather, as typically the village would have been clouded in that early in the morning. The poor guy that I picked up had a tree fall on him yesterday afternoon, but it was to late in the day for us to get there before dark. So he had to wait all night until we could come in this morning. Even so, there was no complaining. Everyone there clearly understands the alternatives. There aren't any! 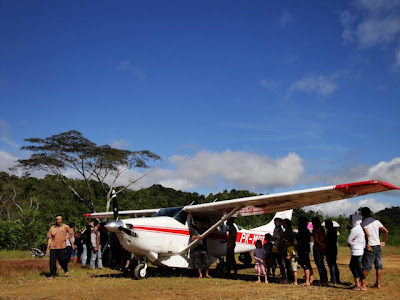 He was in pretty bad shape, and would almost certainly have died if not for MAF. By noon I had him on his way to the hospital here in Tarakan. I really count it a true blessing and privilege to serve the dear folks of Kalimantan with the wings of MAF and in the name of Jesus. What a great job!
Posted by Dave at 3:45 PM

Email ThisBlogThis!Share to TwitterShare to FacebookShare to Pinterest
Labels: Day in the Mission Pilot's Life, View From My Office Window

Great photo update! Nice thing about weather it does usually change. So did you land in Long Nawang from the right seat?

Thanks for keeping us updated...awesome

Dear Dave, I am a follower of Joy's blog and I am so glad I began reading yours too. I love learning about your mission and the MAF! What wonderful work. Thanks for the pics and stories! Hope your little ones and Joy are all doing good. Take Care!

Hey Dave! A mighty fine "office" you have! We are proud of you and Joy for being such wonderful reps of Jesus to the East Kal folks.
Praying for you and the family as you are apart for a short period.
Have a big bowl of nasi goreng and some tahu goreng along with a big chabe. Oh, Oh Sedap!
Tell Hopkins I'll be shooting him a note when I'm not "snowed under" at work.