It's been a busy week with lots of cool ministry flights.  Among the many people and things I flew this week were a bunch of national school kids going from their small village to a larger village for education, Indonesian pastors and their families, government workers, food supplies, two MAF mechanics to work on a stranded plane, and hundreds of pounds of medicine. 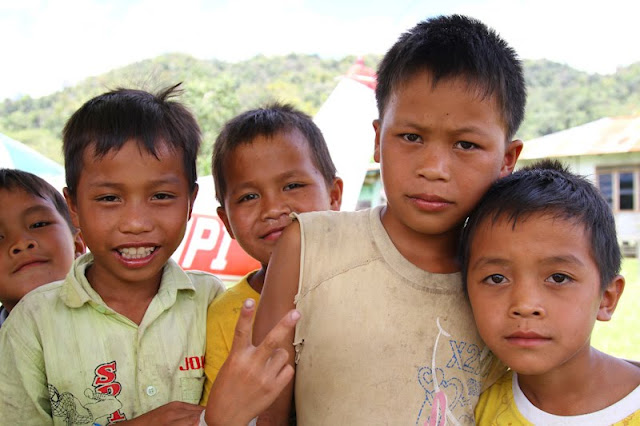 I also did several medevac flights, all of which were quite serious.  One of the flights was for a young man about my age from a village about 1 1/2 hours from here by Cessna 206.  I honestly didn't think he would make it to Tarakan.  About 10 minutes from landing in Tarakan, with the runway in sight and already talking to the tower, he had a massive seizure, which led to his tongue being swallowed and his airway cut off.  Fortunately, on this flight a doctor had accompanied the patient, and he was able to get the young man breathing again.  By God's grace we were able to get him and all the other patients to the hospital in Tarakan safely and efficiently.  There is absolutely no doubt that some, if not all of these precious people would have died if left untreated in there respective villages.  I feel so blessed to be able to play a small role in this vital testimony of the love of Christ to the people of Northeast Kalimantan! 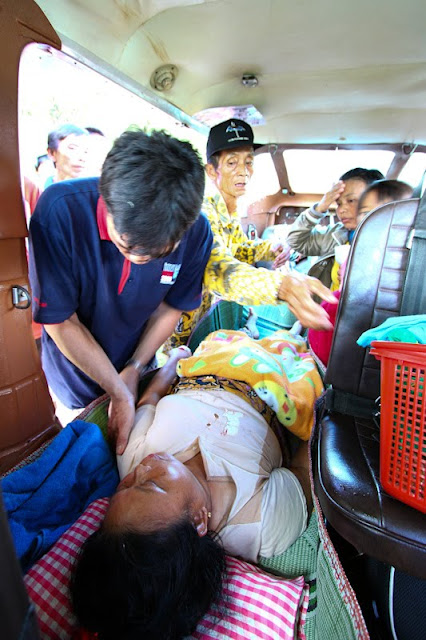 Of course, I also carried the typical variety of "unusual passengers" back and forth between villages... pigs, chickens, dogs, and even another pangolin, (type of anteater). He enjoyed a leisurely stroll and a little fresh air before getting stuffed into a rice sack and shoved into the belly pod of the airplane. 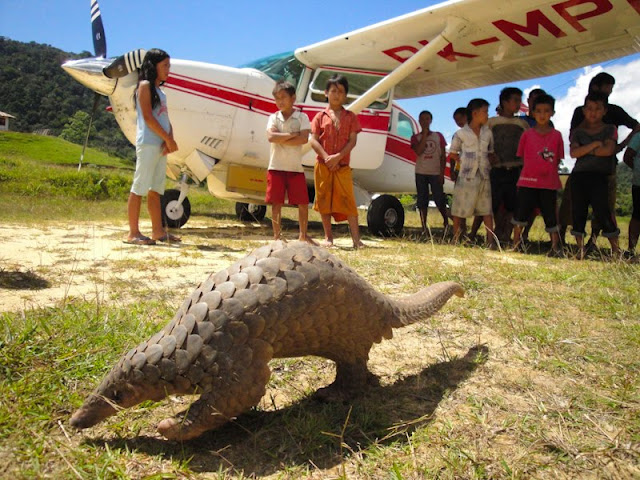 And speaking of critters, this is the newest one to take up residence in our backyard.  We got a little citrus tree, and these particular caterpillars only feed on the citrus leaves.  We're looking forward to watching him fatten up and then form his cocoon. 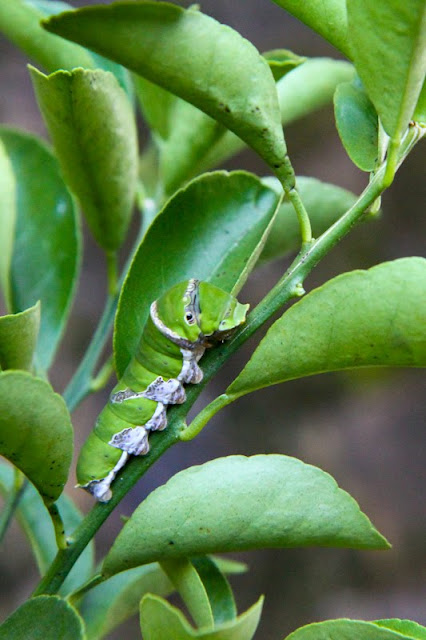 OK, so I can't ignore it forever.  Brazil lost.  So much for my "Viva Brasil!" statement at the end of the last post.  They got beat by the Dutch.  Since my Dad is from the "Pennsylvania Dutch" area, I guess that makes me sort of "Dutch-ish".  So I guess it's not all bad.  Perhaps I'll go make a hog maw (that's for you dad) and eat it all myself to deal with my sadness.  Well, I guess I'm pulling for Argentina now.
Anyway, since the boys and I had pretty much counted on Brazil taking it all, we had to go do something manly today to prove that our manhood wasn't attached to Brazil's World Cup results.  So we decided to do some good ol' fashioned jungle exploration, right here on the island of Tarakan. 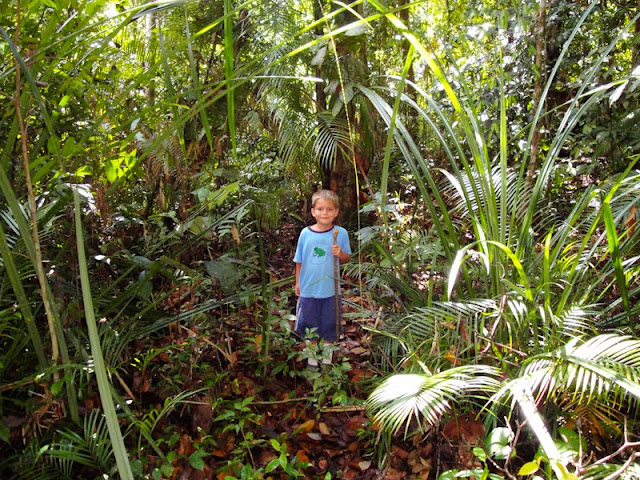 It's actually amazing how much you can see right here on the island.  We first came across a whole pile of pitcher plants, growing on the ground and in the trees all around the area. 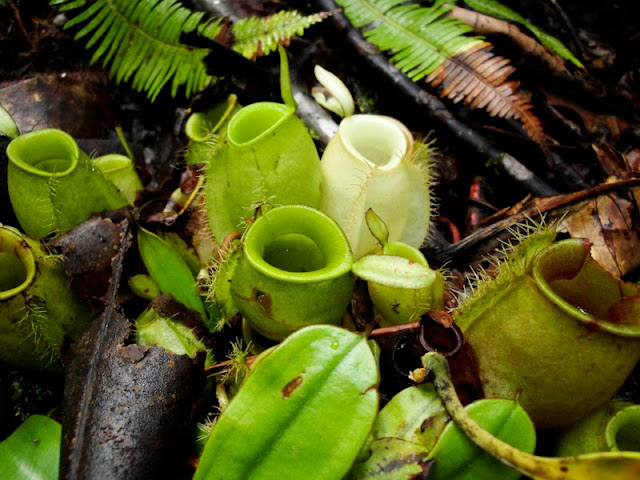 Pitcher plants are carnivorous--they get their energy by digesting insects that fall into their water-filled traps and drown.  But we proved our manhood by getting up close and personal with these crazy plants... Britton even went the extra mile by putting his finger in one or two. 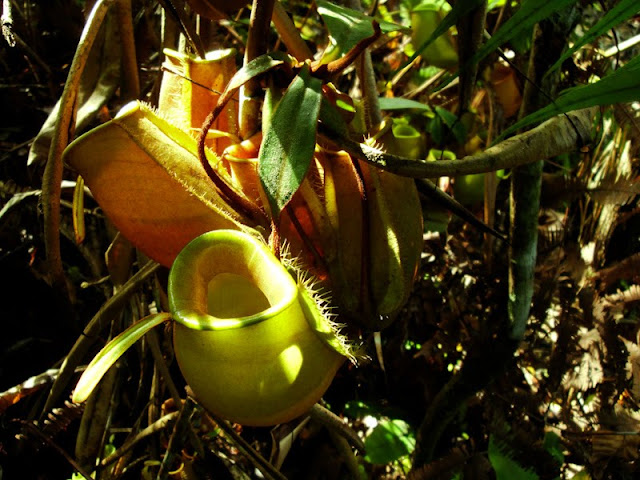 Then we came across one of these evil-looking, crazy spiders.  I don't like spiders, and this one is particularly gnarly!  I mean, seriously, what are those big evil horn-like things for???  Well, Hudson and I proved our manhood by getting up close enough to take a few pictures... that is until it started moving. 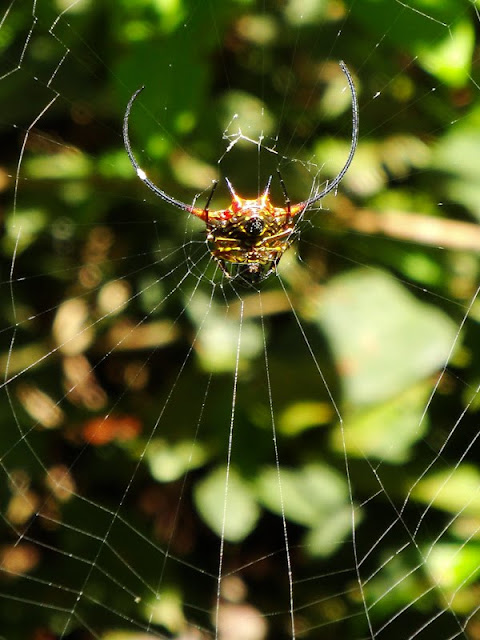 Then both Britton and Hudson had a go of it on a jungle vine, proving their manhood by swinging fearlessly off a steep, slippery slope.  I proved mine by "weight-testing" the vine before I let them try it. 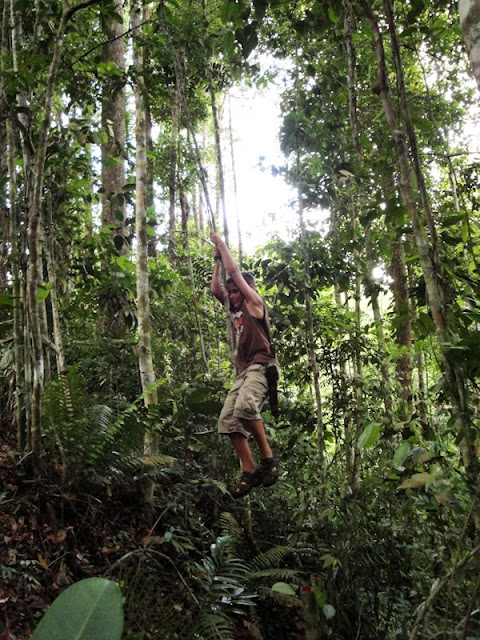 Then we came across some more pitcher plants of a different kind.  There are many different types of pitcher plants, and Borneo is home to a vast number, including some of the largest and most unique and beautiful! 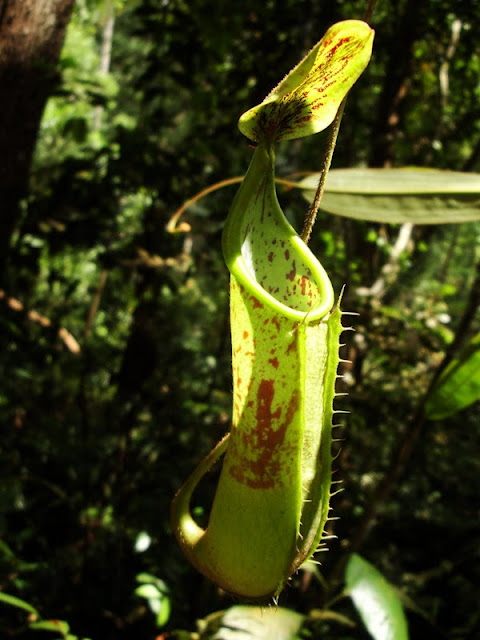 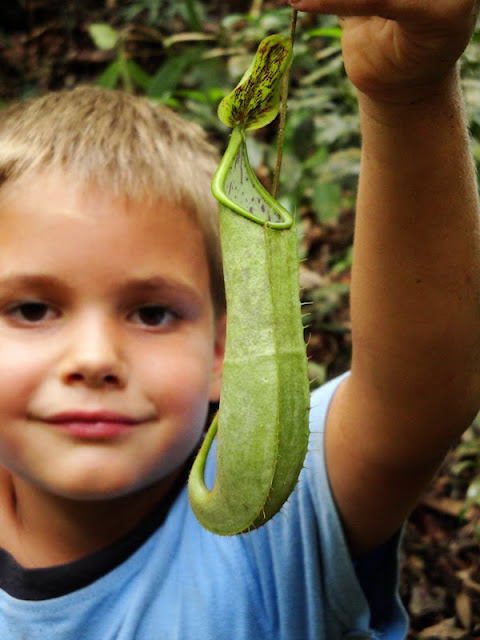 We even saw and appreciated the beauty of some wild flowers and orchids.  It takes a real man to stop and smell the flowers!!! 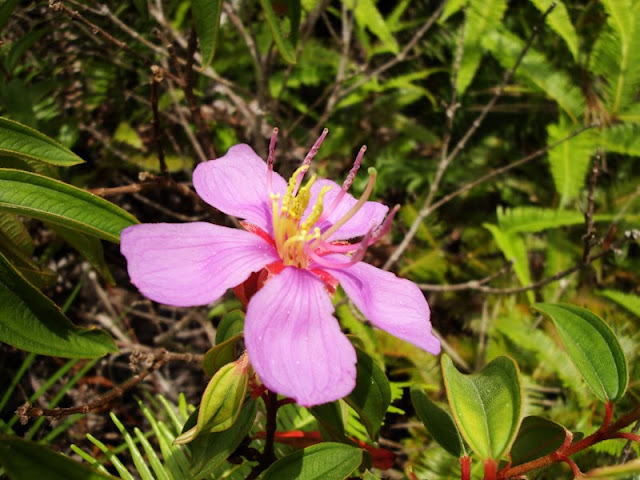 At some point we looked up and saw a huge tree a few hundred yards away, sticking up through the canopy.  There was no trail to it, but the three of us looked at each other and immediately had the same thought.  "Tree!  Big!  Go!"  So we spent the next 45 minutes hacking a trail through dense undergrowth, getting ripped up by thorny palms, chewed up by ants, stung by a wasp (Britton), back flipping off of a slippery side-slope (Hudson), and generally just proving our manhood.  Why?  Well, so we could stand at the base of the tree and take a tough guy shot.  Yeah, that's right.  We're not afraid of a little jungle in our way! 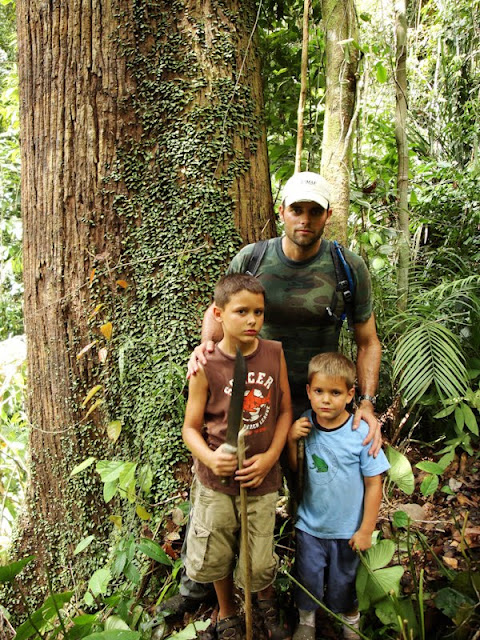 Well, there you have it.  Despite Brazil's untimely loss and exit from the World Cup, the Forney boys are o.k.!  We've proved our manhood to ourselves and are now ready to move forward.  Of course, there's a lot more jungle to explore here, so we may have to do this again in the not so distant future.  It's rather addicting getting out there and proving your manliness! :)
Posted by Dave at 11:27 AM

Hey Forney! Disappointed our Brazaleros lost! Lets hope in four years again. Great pictures of the family in the last two blogs! It's amazing how they grow from month to month. Always enjoy seeing the anteater critter that looks like he's from the dinosaur age. Sad to think that he is "toast" upon his destination.
It's great to see how God is working through MAF in your pictures also! I'm sure the nationals there feel blessed!
Keep up the great work.

Praying for you and the whole family - Lew

Thanks Dave sharing the photos and the events. These with the guys and the one about Hannah's birthday - wow. Very meaningful.

Thanks for faithfully doing what the King made you to do.

Curious about something... Do you and your family ever allow another family to visit you or came and serve (missions related) your family while you are on the mission field? We are a homeschooling family and we would love our teens to get a first hand view of real missions life, (not just short term.) Anyway my husand is a professionally certified plumber and we are all very hard working... that is someone ways we could serve... and I am just curious... I would love for my daughter to learn under someone as lovely and Godly as your wife.
-Kelly