We caught the mama!  Remember a few weeks ago when I mentioned that we caught nearly two dozen baby reticulated pythons in our and our neighbor's back yards??? (You can go here and here to read about it.)  Well, if there are babies, then there must be a mom and dad...and that was the part that really worried Joy! 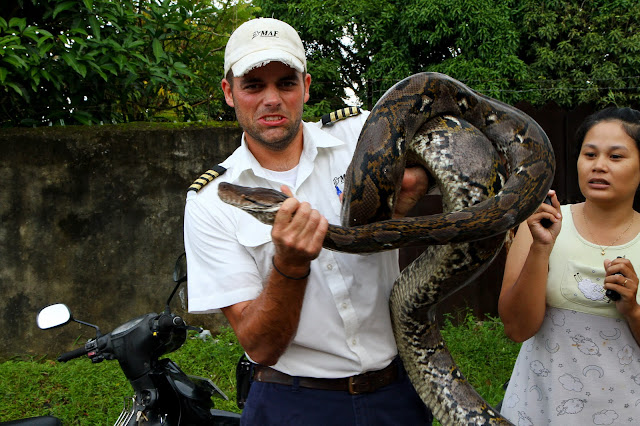 I tried to assure Joy that these were in fact the only baby pythons ever born without parents nearby.  No worries.  Even if there was a larger python, it probably wasn't very big, and it probably moved on to a nicer place.  Well, on Wednesday, as I was getting ready to walk out the door on my way to the hangar, the little Indonesian neighbor boy yelled loudly for Britton, "Come quick! There is a snake!"  Thinking it may be a cobra, and not wanting the kids to get too close if it was, I followed. I was relieved when he told me it was a python.  Oh.  Just another baby python I figured...until I saw the last meter of it's gargantuan tail slithering under a pile of rotten wood!  It was just getting ready to feast on a very large cat it had killed when they discovered it, right outside their kitchen door!

Having seen the size of this monster, and figuring I could use some backup (other than Britton and his buddies), I called some guys at the hangar. Twenty minutes later we had the beast captured, but not without a big fight.  Seriously, it took several of us to wrestle her out from behind the house, after which she was NOT too happy.  While my buddy Paul smiled for the camera, the BIG SHEILA offered her own HUGE toothy grin.  Actually, it was more like a gaping, cavernous, death-trap.  I have video of her fully opened jaws as she tried to turn towards Paul (in the photo below, her mouth is only maybe 1/3 open).  She seriously could have clenched her teeth on the top of his head and under his chin without any trouble!  And yes, there's no doubt she could have eaten a small child.  YIKES! 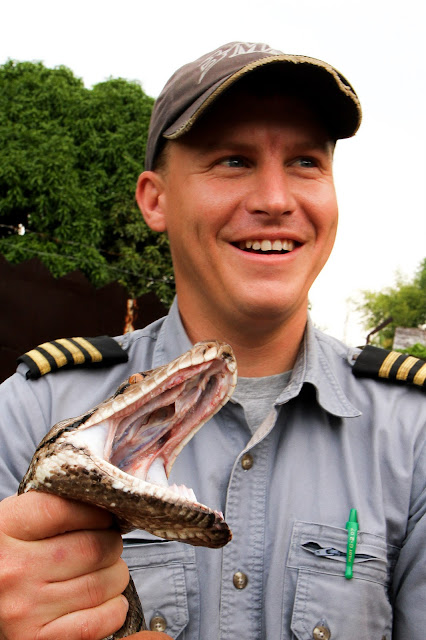 Now, after having given you that horrible description, I'm sure you guys are going to rail on me for letting the kids hold her.  Not to worry.  We tamed her.  O.k.  Just kidding.  But there were about five of us guys standing just off camera ready to intervene if needed.   Even the wives were o.k. (sort of) with the the kid and giant serpent photo.  I mean, common.  Every missionary kid needs a picture with his/her friends holding a giant snake!  But truth be told, she did calm down a lot as long as she was held firmly behind the head.  From left to right, Carter, Hannah, Seth, Blake, Hudson, Britton, Luke, Zoe.  Tanner and Tyler were too afraid to touch it, but were very intrigued--well satisfied to cling tightly to my leg--or joy's leg--much further away! 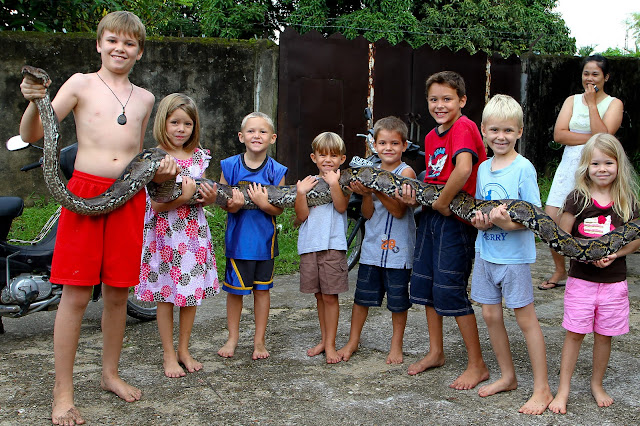 Oh, and just in case you're wondering...no sign of the dad yet.  My Indonesian co-workers say that he could be bigger yet.  O.k.  Now I'm starting to side with Joy--these snakes are getting a little ridiculous don't  you think? (Though you wouldn't know it from Britton's smile.)

The giant snake episode was just the beginning of a very busy Wednesday.  Wednesday was the day we all left for an exciting four days and three nights interior.  Tyler was my co-pilot on the one and a half hour flight. 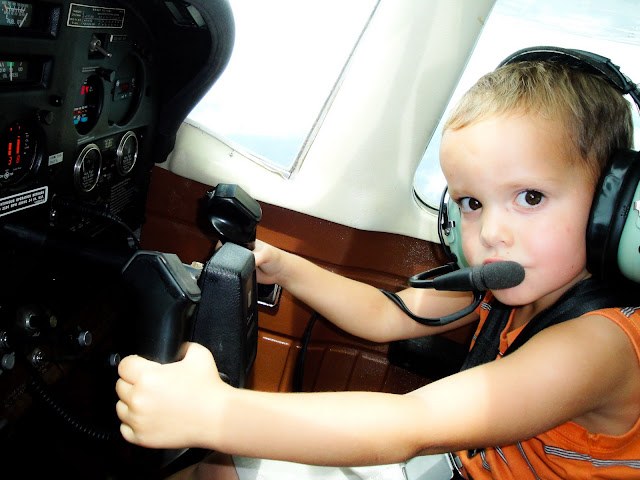 The rest of the family and a bunch of gear was stuffed in the back. 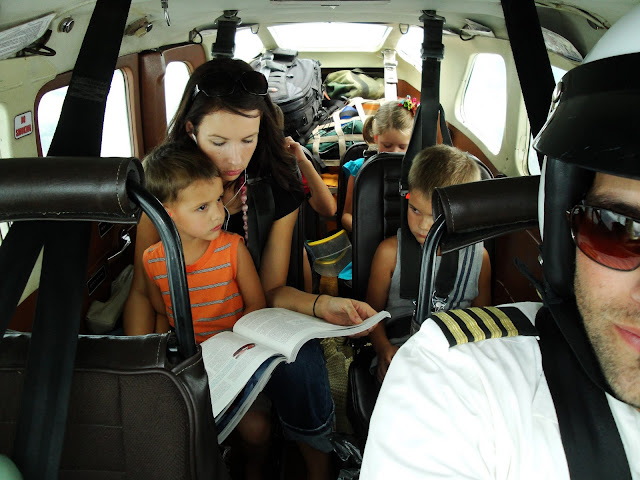 Where did we go?  And why?  And how was it?  And...well, you get the point.  But I'm out of time tonight so I'll have to write more about our trip when I get a chance. 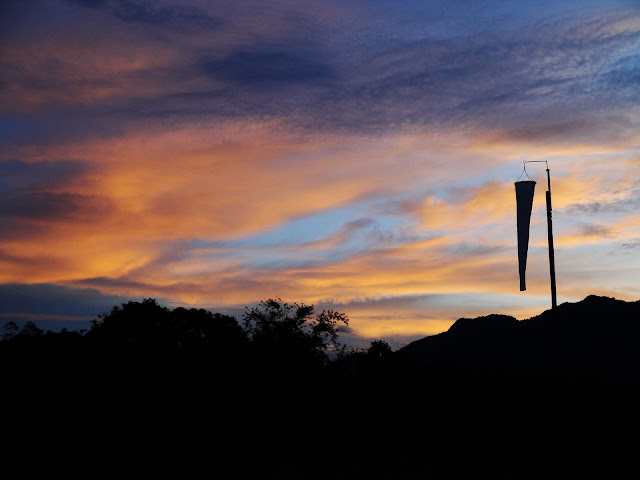 We kept it as a pet of course. :) Ok. Just kidding. Actually our Indonesian hangar workers ate it. In truth we were a little sad to see such a big snake eaten. But it's not like I was going to put it in the plane and fly it out to the jungle to release. There's still a bunch of her babies around here anyway, so her offspring will live on.

sportsmen dinner mystery meat! Dave you have such a way with words about the world around you. It's truly a blessing to see your family on the other side of our world. Thanks for being there for HIM
Ron and Nancy

OH.MY.GOSH. Dave. Be proud of me, I looked at every single picture. But I have to ask - how do you know that was the mama and not the dad? I'm totally impressed you guys caught him and am exceedingly thankful I am thousands of miles away right now. ;-)

I would have been SO with Tyler and Tanner off to the side...no snakes...you know I just have to say that there is somewhere inside this girl of me...desiring to go overseas...but this is SO not helping...large snakes..yikes!

Whoa! Glad she was taken care of :D Can't imagine one of them monsters living by my house somehow... I find it funny how all those kids are so thrilled! Have a blessed week!

Do you have any pictures of it with it's mouth open wider?? That is so awesome! Did they keep the skin intact when they ate it?

That's awesome! I'm a (newer) friend of Chris and Sarah's and followed the link from Sarah's blog. I just had to see the snake. I think snakes are so cool. Our God is so cool!!!