Last Wednesday was Idul Adha (or Eid al-Adha), one of the most important and sacred Muslim holidays of the year.  I had the privilege of being allowed with my camera inside the all new, still-under-construction, Muslim Center and Mosque in Tarakan during the morning prayers and service. 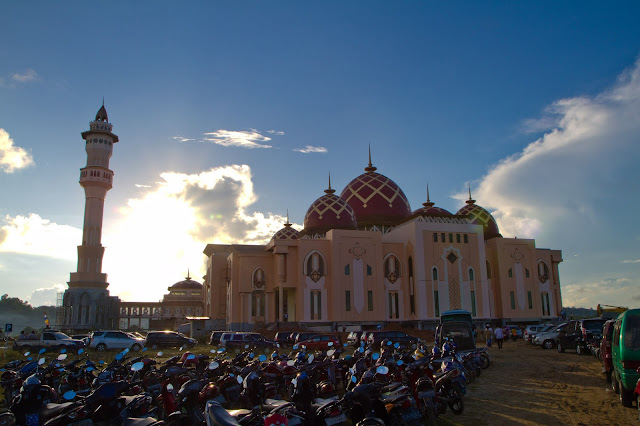 I've seen this Mosque from the air numerous times, (it's visible from many miles away) and from a distance on the ground.  But I've never seen it up close, and certainly never inside.  The above picture only shows the front of the Mosque.  It's true size is not apparent unless you see it from above, or circle it on the ground.  It's absolutely enormous, especially by Tarakan standards, and the architecture both in size and detail far surpasses anything I've seen in Northeast Kalimantan. 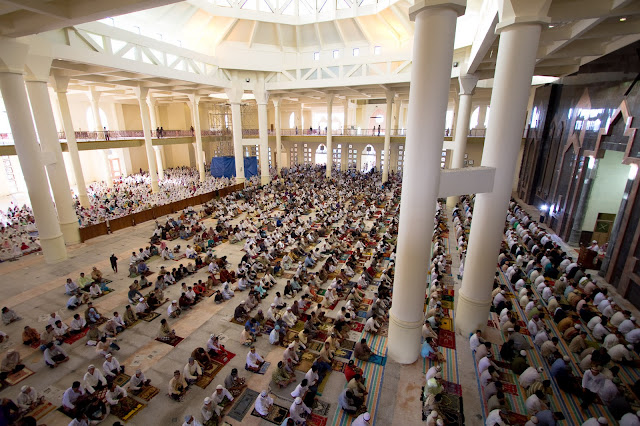 I was greeted warmly and kindly by everyone.  In fact, many people specifically asked me to take their pictures after the service was over.  I'll do a separate post sharing some of those pictures another day.  These are a few of the shots I discreetly gathered during the prayers and service. 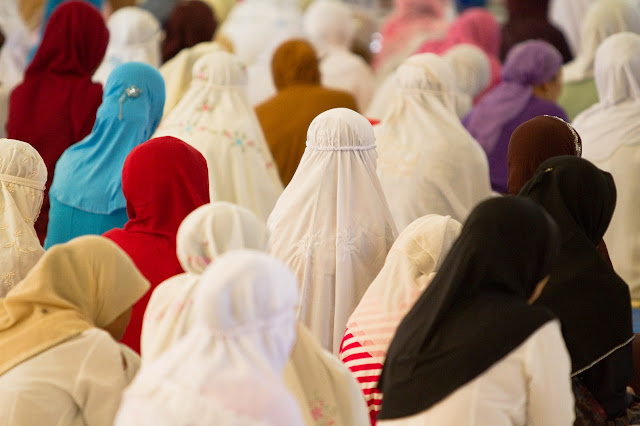 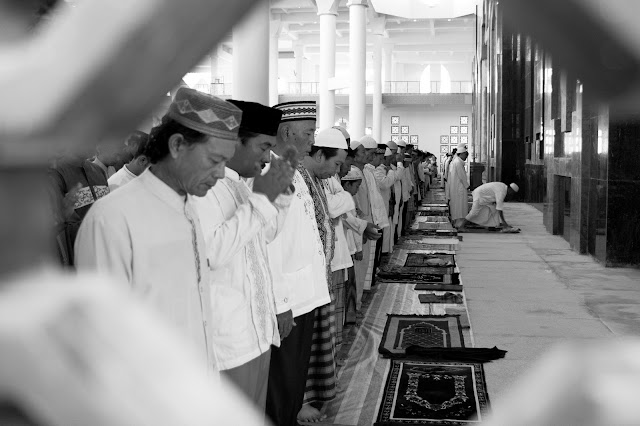 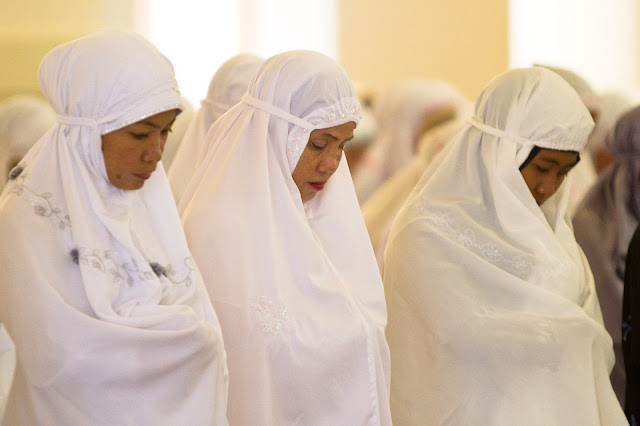 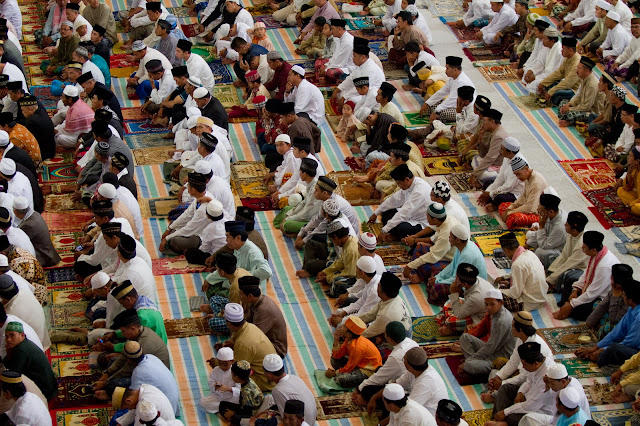 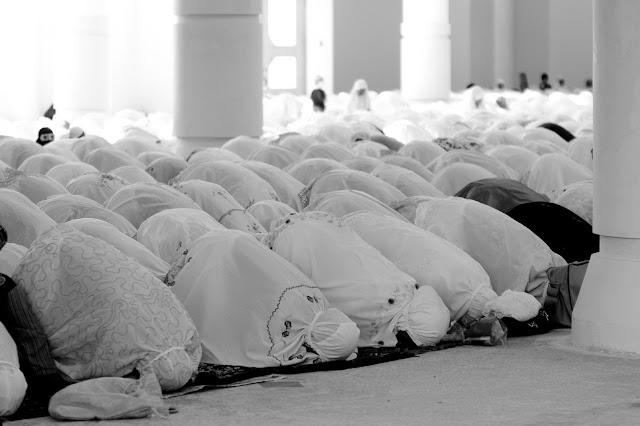 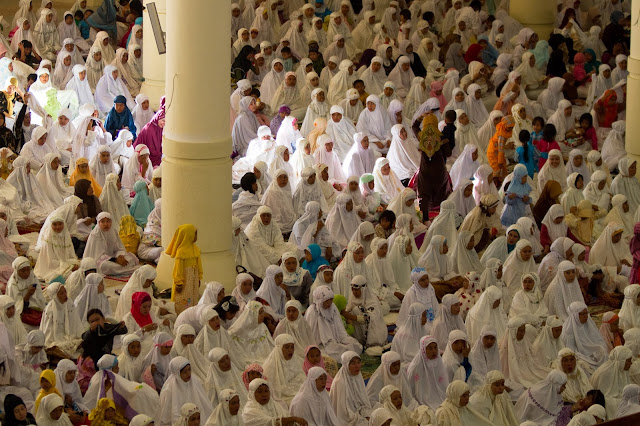 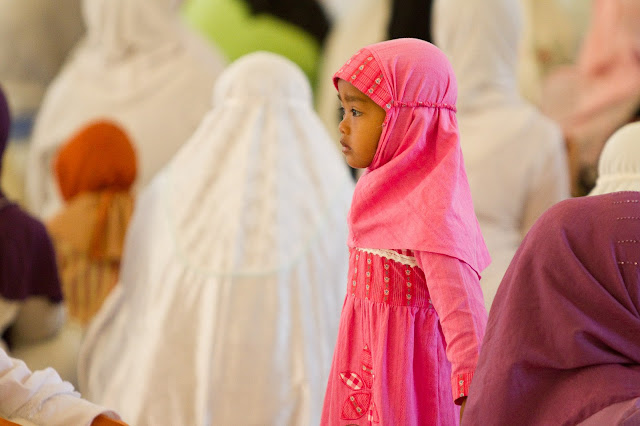 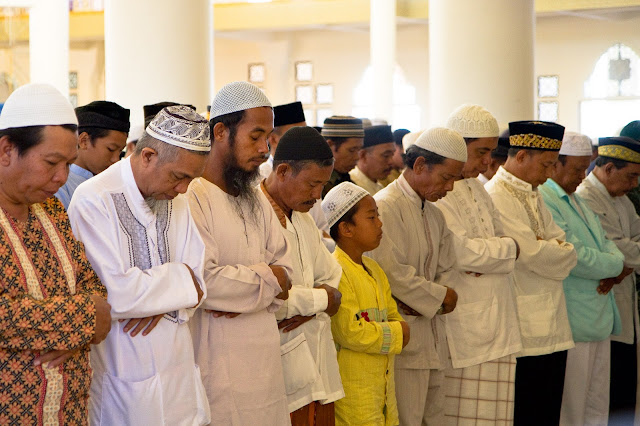 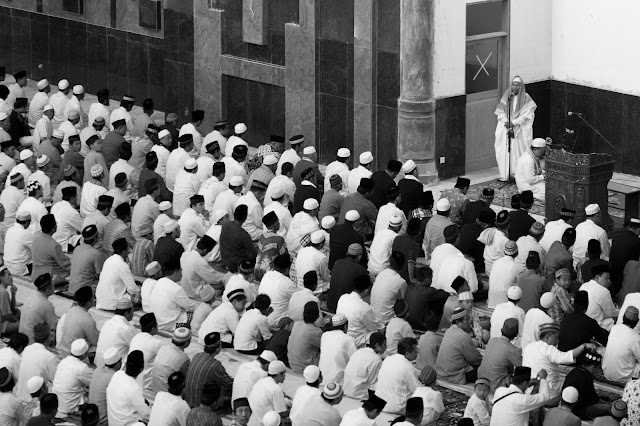 As you probably already know, Indonesia is the largest Muslim country in the world.  It's the fourth most populated country in the world with a vast majority of the people ascribing to Islam.  Being that we live in a predominately Muslim city, with many Muslim friends and neighbors, I felt it was important to learn more about this holiday and what it means to them.
Later that day we observed the sacrificing of bulls and goats at a smaller, local Mosque in our neighborhood, and then I went to an Indonesian friend's house to visit and eat with his family.   More on all of that later.
Posted by Dave at 3:00 PM

Very nice shot, i enjoy viewing all your pictures.

It's amazing watching thousand of people praying in the mosque in the tarakan muslim center.

In my place there's a lot of mosque, so it's not crowded like those in tarakan.

thank you for your permission:)